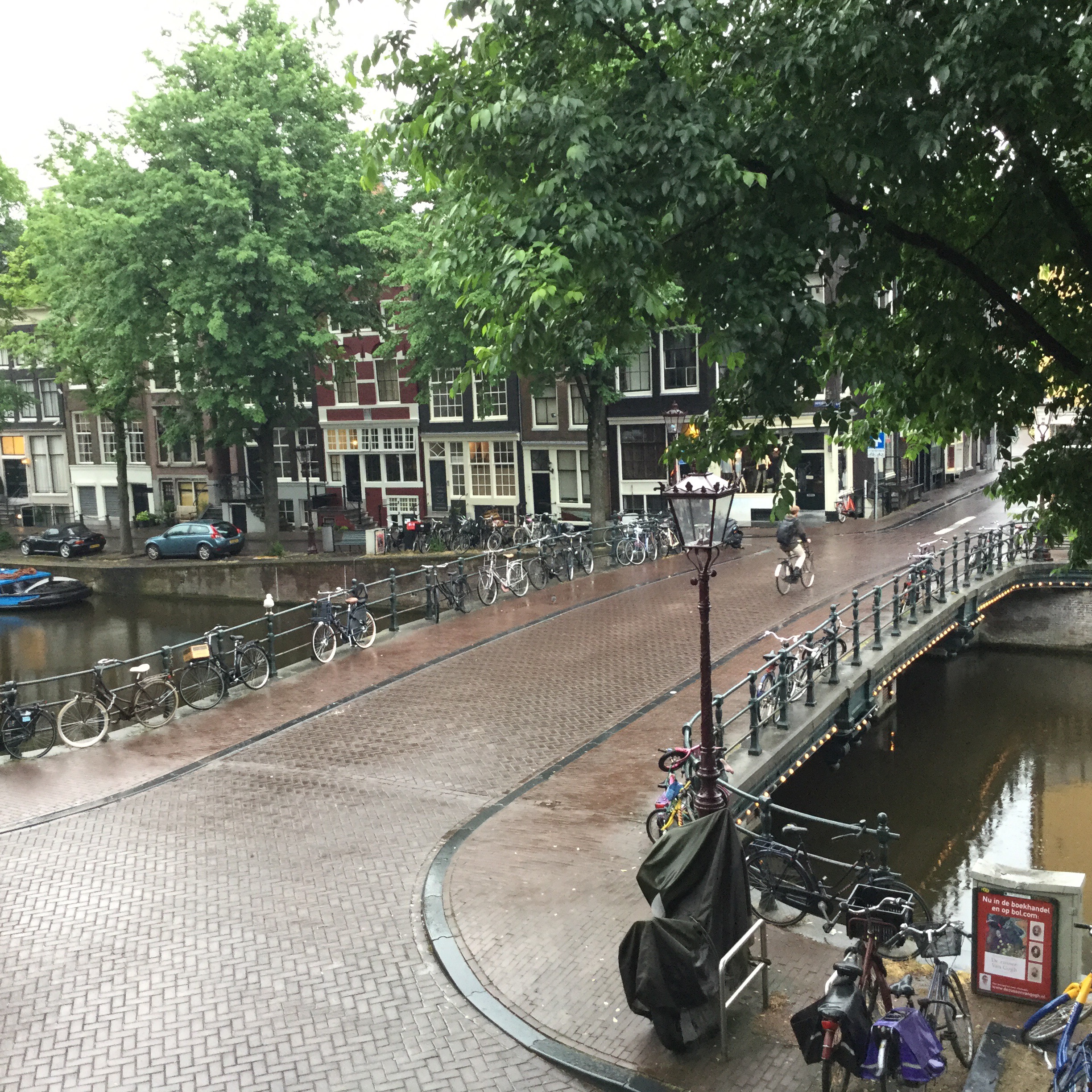 We arrived in Amsterdam via train yesterday from Brussels. We had been in Brussels since Tuesday and had a really nice time there. I have to admit that I am quite sure there is no lovelier square on the planet than Brussels’ Grand Place, but Amsterdam’s canals and architecture make it my favorite of the two cities. The above picture is from our living room window. Everyone agrees that this apartment is a show stopper. The stairs are crazy steep, but we don’t mind since the apartment is so incredibly charming.

After we dropped our luggage off at the apartment, we walked to a little fish restaurant that Rick, Logan, and I found last summer when we were here. I am not sure if this little place even has a name, but I am sure that it has the world’s best fish and chips. Everyone except Michael quickly ordered the fish and chips, but Michael decided to go with the herring special. Apparently, 15 June was the first day this much loved specialty was available in Amsterdam and everyone was celebrating. It appeared to be raw, but marinated and served with onions and pickles. There was even some special wine that they drink with it that tasted more like straight alcohol to me. As Rick was paying the bill, he got into a conversation with some local fellows who encouraged him to try the calamari. We quickly devoured an order; it was easily the best ever.

We wandered the city all afternoon, stopping once for a beer. Since our canal house is so nice, we decided to eat in last night, and with a quick trip to a grocery store, we came home with everything needed to whip up fajitas. Haley and Michael hit the streets after dinner and we are curious about what they discovered. Hopefully, one of them will tell all when they arise this morning.

Today we will hop into a van with a man named Ray and visit the countryside. We can’t wait to see Harvey in wooden shoes!