The Castle and Palace Badge

If the Girl Scouts bestow a badge for castles and palaces, I am confident that I can claim it after today. I think we’ve seen them all. When/if I get it, I will sew it on my sash right next to my camping badge. (Yes, I have the camping badge. Stop laughing!) I hope it has some silver or gold threads embroidered on it. That would be fitting of such a royal award.

The only other palace I can think of that we have missed is Balmoral and I don’t think I’d be welcomed there. In fact, I don’t think I’d get a badge for going there; I think I would get hard time in the clink for trying to visit Balmoral. To my knowledge, it is not open to the public, of which I am a member. Scratch that castle. It’s not conveniently located anyway.

We caught a train out of London this morning to see Windsor Castle. Windsor is conveniently located; it is a 30 minute train ride from Paddington Station in London. Windsor was beautiful. It is basically a walled city. It was fun to watch the Changing of the Guard. I wonder how many decades it has been since Queen Elizabeth II watched it. 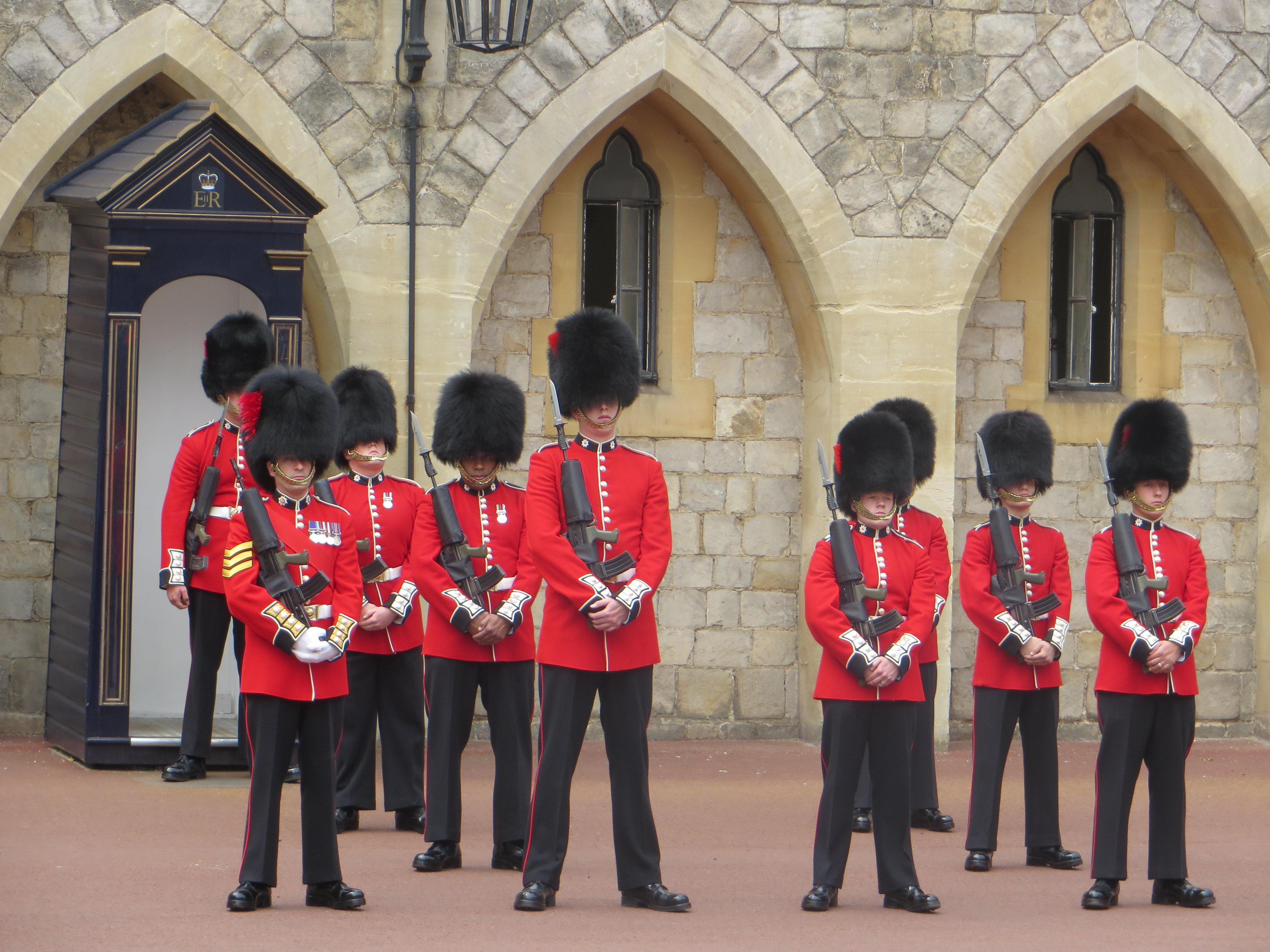 So now I am trying to decide which castle/palace I like best. Buckingham is hard to beat. Windsor is mighty fine. Kew wins the Garden Prize. But honestly, the one with the most WOW factor, probably because I knew nothing about it, was Hampton Court Palace. Plus, we arrived by boat on the River Thames, as royalty always arrives.

The above pictures are both from Windsor Castle. Now I will show you a few more castle/palace pictures. I can’t find any pictures of Kensington right now, but we went there twice. I will throw in another picture of Kew Gardens since, as everyone knows, we never actually found that palace, so I cannot show you a picture of that palace. A mere technicality. That shouldn’t disqualify me from getting the badge.

Palace at Holyroodhouse, Edinburgh, Scotland (The summer residence of the Royal Family.)

Logan in front of Buckingham Palace

The Palm House at Kew