I think we hit pay dirt this weekend. The Lawsons were on the loose again, though this adventure might be better titled Groupies on the Go. Continuing our tradition of hitting a few Frank Lloyd Wright structures every year, we traveled to Mason City, Iowa. We brought Logan along to expose him to the architecture of Frank Lloyd Wright. We think the affection for the work of America’s architect is contagious. We have been afflicted since we first visited Auldbrass, Wright’s only Southern plantation, located in Yemassee, South Carolina. Since then, we have sought out FLW structures in too many states to name. 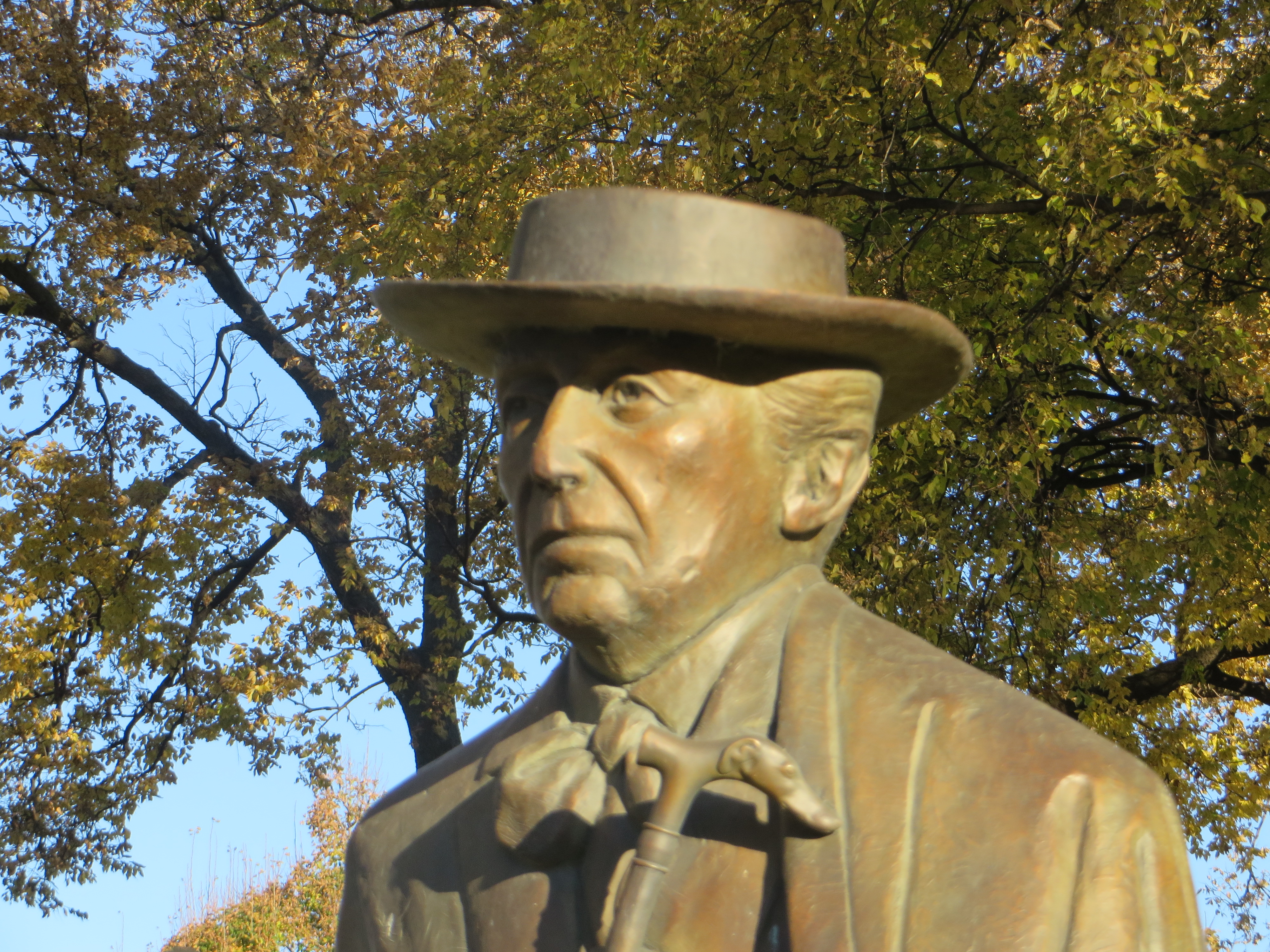 The beautiful window boxes on the Stockman House

Mason City is also home to the Historic Park Inn which is the only remaining Frank Lloyd Wright hotel in the world. When we were in Tokyo in March, we had a fabulous evening in the Old Imperial Bar at the Imperial Hotel. Wright’s Imperial Hotel was demolished in 1968. Artifacts were salvaged and used in the bar when the hotel was rebuilt. The visit was a walk back in time and it was thrilling to see the FLW motifs incorporated into the new structure.

The bedside light looked so “Wright”

The  Historic Park Inn was completed in 1910. Mr. Wright designed the hotel but was not around for its construction and never saw the finished structure since by then he had already done the big skeedattle to Europe with Mrs. Cheney. The construction was overseen by a man by the name of Drummond who was a partner of Wright’s in his Chicago firm. The building originally housed a bank, a law firm, and the hotel. As it turned out, another hotel was soon built nearby which rendered the Park Inn second rate. The Park Inn Hotel’s guest rooms were a miniscule 10′ x 10′ and bathrooms were shared.  The newer hotel had elevators and private bathrooms and these nascent features quickly became favored by travelers. The building went through a long slow decline and several renovations and desecrations during the twentieth century and closed in the early seventies. It was a huge eyesore and was in the crosshairs of the wrecking ball when a group of townspeople stepped forward with a brazen plan to restore the hotel and update it. Not only did their bold plan save the priceless Frank Lloyd Wright hotel, but some might argue that their action gave Mason City the inspiration to brand itself as a unique travel destination.

The non-profit, Wright on the Park, Inc., worked painstakingly to restore the inn as closely as possible to Wright’s original design while adding features that today’s travelers demand. The area formerly occupied by the bank is now a ballroom. The original stained glass was restored.  Most of the clearstory window grills from the bank were found around the deck on a home in the Clear Lake area and returned to their original location. Stained glass skylight panels were found in the attic of a home in the Rock Glen neighborhood and returned to their rightful place the Skylight Room. Artisans primarily from Iowa worked diligently to repair or replace tiles, trim work, stained glass, etc. to be true to the vision of Mr. Wright.

The result is stunning and draws Wright aficionados from around the world. The lady at the front desk told us that it is not unusual to have guests who arrive expressly to see the hotel. In other words, people like us. Her favorite story was of the Swede who celebrated his fiftieth birthday by flying in just to spend the night in the Frank Lloyd Wright landmark.

It seems that the entire town has embraced the Wright way. Logos on businesses of all stripes use motifs that FLW or one of his protégés might have designed. Expanding from there, the town bills itself as an arts destination. You will find great statuary all over town with an especially heavy concentration on the square where there are monuments to fallen military service members along side funky metal art and an excellent statue of FL Wright himself.

The guys chilling with their phones

This Wright sojourn, like many others, has presented us with the opportunity to see a part of this country that we might otherwise never have visited. Having always heard of this as “flyover country,” we were surprised to find that there is much to see and do here. From Iowa, we drove to Omaha because we have never been to Nebraska. It turns out that the terrain is not as flat as we expected it to be. In fact, western Iowa is quite hilly. However, the rumors about the farm fields are true. The vast expanses of corn fields are truly amazing. We all three agree that this was the “Wright” place to visit!