It probably won’t come as a great shock to anyone that I follow more than one travel blog. It’s not terribly wise; travel blogs are my Kryptonite in much the same way as is a box of vanilla wafers. Everyone has a few things that are hopelessly irresistible to them and that lead to gluttony in the worst sort of way. We never have vanilla wafers in the house, but I must admit that I let in a few travel blogs on a regular basis. Being a glutton for travel isn’t the worst obsession, now is it? At least that’s one habit that doesn’t rat you out on the bathroom scales.

One of the bloggers I follow believes that each year, you should challenge yourself to experience at least twelve travel adventures. My first reaction to reading this was utter contempt for anyone who would be so clueless as to think that people could afford that many trips each year, either in time or money. But I continued reading and found that she encourages her followers to seek out adventures close to home when travel to distant locales is not possible. We have always tried to see the interesting things mixed in with the mundane all around us, but I don’t know that we have racked up twelve each year.  I think we will try to make that a reality in the future. We have had a few misadventures along the way. The day we decided to explore Tybee Island was the coldest day of the century and the weather put a chill on that adventure. Also, we never did find Cuckold Landing, although we have had many laughs about our long drive to nowhere and back looking for the place clearly marked by a sign on Highway 17. We really wanted to find that place and learn the history of a landing with such a peculiar name, but it was not to be. It was a nice drive through the country, though.

In keeping with our goal of having great adventures without venturing far from home, we visited Hobcaw Barony last week. This was not our first time at Hobcaw; we took this tour about a year and a half ago, but we wanted to bring Logan because we are fascinated with this place and the family who established it. Nothing brings history to life like walking in the footsteps of those who made that history. It is a treasure that is missed by folks zipping by at sixty miles per hour and that is such a pity.

To the Native Americans in the area, Hobcaw meant “between the waters” because it is the land known as the Waccamaw Neck. This long, narrow peninsula is the area between the Waccamaw River, Winyah Bay, and the Atlantic Ocean. Waccamaw actually means “coming and going,” referring to the tidal changes of the river. The Waccamaw Indians may have been the first natives to encounter Europeans in the form of Spanish explorers around 1521. The area is abundant in archeological clues to the lives of early inhabitants of the area.

Fast forward to 1905. South Carolina native and son of a Jewish immigrant Bernard M. Baruch started purchasing land in the Waccamaw Neck to use as a winter retreat from the cold weather in New York. An avid hunter, he was lured by reports of “hundred-duck days” in the South Carolina Lowcountry. Baruch had moved with his family to New York as a child, was educated there, and began his Wall Street career as a “runner” just out of college.  He married Annie Griffin of New York. They had three children, two daughters and one son. Baruch made his fortune profiting from speculation in the sugar market by the time he was thirty, but he never forgot his Southern roots and yearned to have a place of refuge from the stress of his life in New York City. So strong was his need to “get away from it all” that he refused to have a phone line installed at Hobcaw Barony. When he needed to use the phone, he traveled by boat over to Georgetown and made his call from a public phone. However, when FDR visited, he did allow a phone line to be brought to the house from the highway. When the President departed the barony, so did the phone line.

Mr. Baruch was highly regarded as an expert in the US economy and advised several presidents. This earned him the nickname “Park Bench Statesman.” Over the years, he advised Woodrow Wilson, FDR, Harry Truman, and Eisenhower on national and international affairs. Supposedly, he even met with JFK in the White House. His fingerprints are on many governmental policy decisions made over the course of several decades. During this time, many of those who sought Baruch’s counsel visited Hobcaw Barony, enjoying comraderie and fellowship on the 16,000 acre property. President Roosevelt spent an entire month at Hobcaw during WWII. Winston Churchill and his daughter, Diana, were just a few of the VIPs who traveled to South Carolina to enjoy the pristine private setting that was Baruch’s winter home.

Touring Hobcaw House offers a fascinating glimpse into life at the Baruch winter residence. The home is 13,000 square feet in size and was obviously designed for entertaining. Rarely were there less than fifteen to twenty guests for dinner. Visitors today can sit in the big club chair in the living room favored by Winston Churchill. He loved to lounge in that corner enjoying a cigar and brandy after dinner. It’s fun to stand in that room and imagine being there on Christmas Eve gazing at a glittering Christmas tree while Irving Berlin entertained the other guests on the Steinway. Hobcaw House, nestled on the bank of the Waccamaw River facing Georgetown,  was built in the 1930s after the Donaldson House, the original Victorian home on the property, was destroyed by fire. The beautiful old live oaks close to the home bear the scars of that fire but have continued to provide shade through the years. Although the tour does not visit the cellar, second, or third floors, the tour does include a stop in the bedroom used by guests such as FDR and Churchill. It has been often said that a month of relaxation at Hobcaw extended FDR’s life by one year.

The view from the lawn of Hobcaw House

The van ride through the property stops by Friendfield Village where the black folks who worked for the Baruchs lived in small houses without running water or electricity. (Only two structures at Hobcaw Barony had electricity during Mr. Baruch’s lifetime. One was Hobcaw House and the other was the children’s playhouse.) The church at Friendfield Village still stands, as does the doctor’s office. Mr. Baruch replaced the root doctor with a real medical doctor who visited weekly. The Baruchs also saw to it that the children had schools to attend on the property. 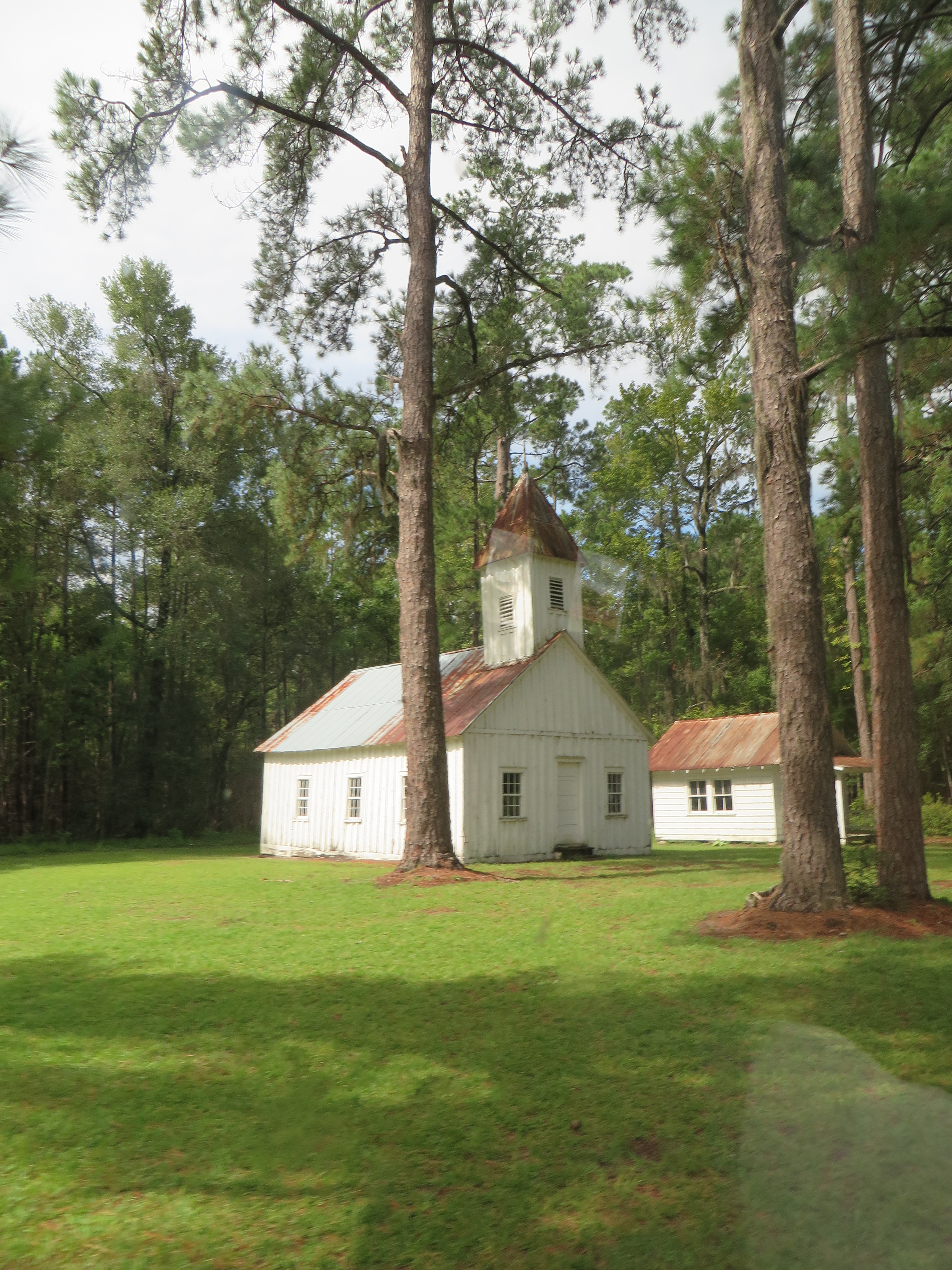 The church and doctor’s office at Friendfield Village

We also stopped at Bellefield, the estate of Belle Baruch. To some, including me, Belle was even more interesting than her famous father. Belle stood 6’2.5″ tall and was an incredible sportswoman. She excelled at sailing, shooting, hunting, and horseback riding.  She and her horse beat the best of the military equestrians in France and Italy where she was allowed to compete. Unfortunately, she was unable to compete in the US because she was a woman. When her arthritis made riding difficult, she earned her pilot’s license and began flying around the barony catching poachers from the air. To describe Belle Baruch as a phenomenal woman is absolutely not an exaggeration. Actually, Belle reminded me of Beryl Markham (West with the Night); they would have gotten along famously.

Hobcaw Barony is unique in that it is a place where history and ecology come together in one convenient location. The Belle W. Baruch Foundation strives to bring to life the history of the area and the Baruch family for those who visit. There are monthly offerings of in-depth lectures and behind the scenes tours for those who are seeking a deeper understanding of the historical significance of Hobcaw, its proprietors, and its famous guests. Through partnerships with the University of South Carolina and Clemson University, as well as collaboration with other research institutions, the foundation is fostering important research in forestry as well as marine science. The red-cockaded woodpecker is making a strong come back there as is its favorite nesting spot, the longleaf pine tree. Belle was a staunch conservationist and making advances in that field of study was her primary objective when she set up the foundation that bears her name.

To quote Belle Baruch, “What there is to learn in this world!” Travel is all about learning and growing. How fortunate we are that we don’t have to travel far from home to experience an abundance of interesting places. It would be a great idea for all of us to strive to have twelve travel adventures each year. We just have to take a little time and open our eyes to the opportunities right under our noses. It just might prove to be more fulfilling than a box of vanilla wafers. 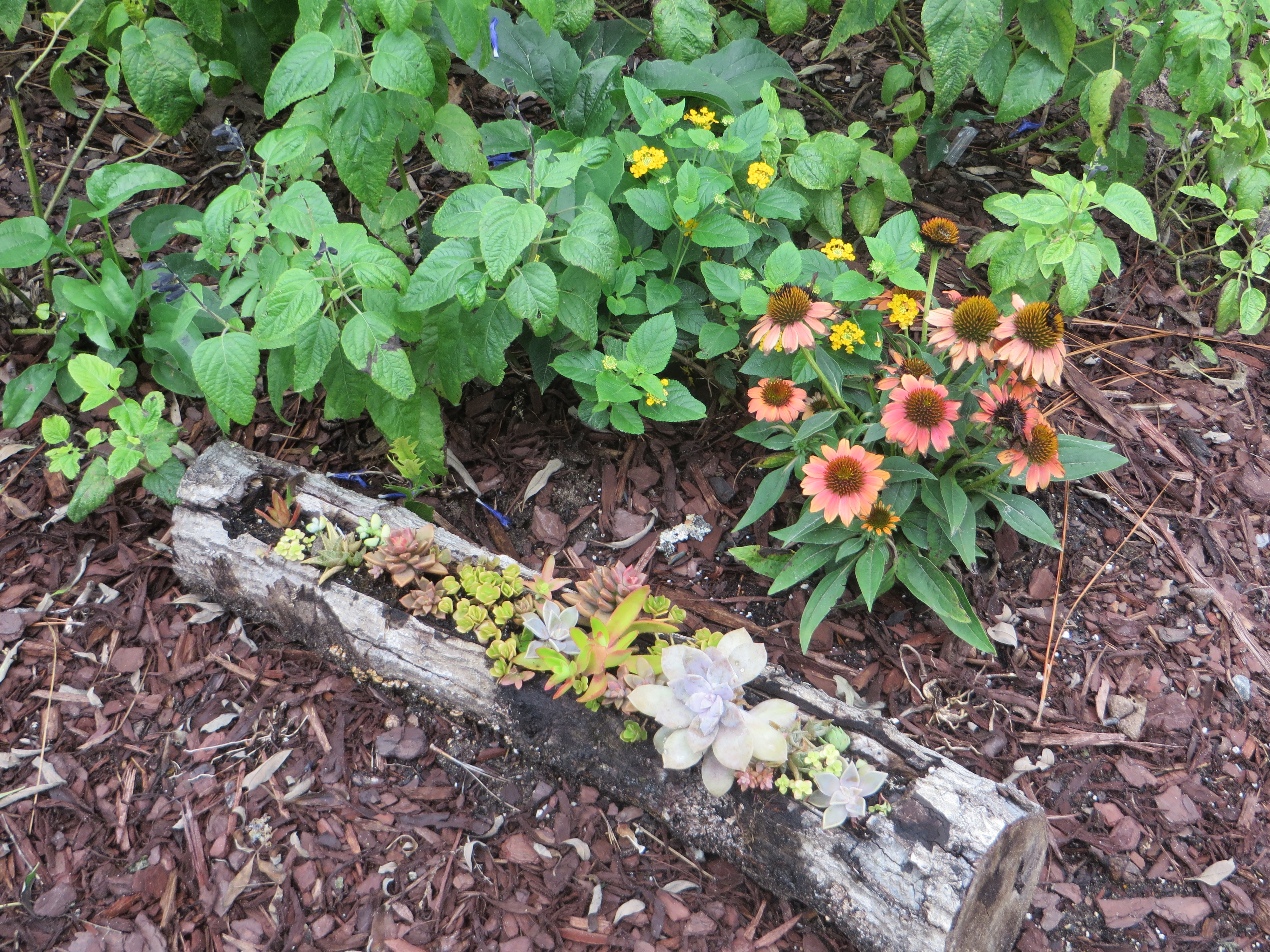