The Life and Legend of Theodosia Burr Alston

Like many kids growing up in South Carolina, Rick and I had our share of family vacations along the Grand Strand. Actually, to be more specific, we both spent many a summer vacation in Garden City. It is entirely possible we could have been romping along the shore within feet of each other not knowing that we would grow up, meet, and marry. Also coincidentally, both of us were subjected to a particularly rough form of child abuse while at the beach. For some reason, both sets of parents took it upon themselves to ruin an otherwise perfect day at the beach by loading all the kids into the car and driving us to Brookgreen Gardens. We will readily admit to cringing when driving by those beautiful fighting stallions for almost fifty years. I think I can speak for Rick when I say we both swore a silent solemn oath to never drag a child of ours to this place. About seven or eight years ago, we decided to give the place another chance, and now we think that it is rather nice. Now that we’ve had this epiphany of sorts, I will admit that there are a few grandchildren in our crosshairs for a Brookgreen adventure.

Yesterday, we once again ventured inside the gates, but this time, the focus of our attention was The Oaks, one of the four rice plantations comprising the property that is now Brookgreen Gardens. 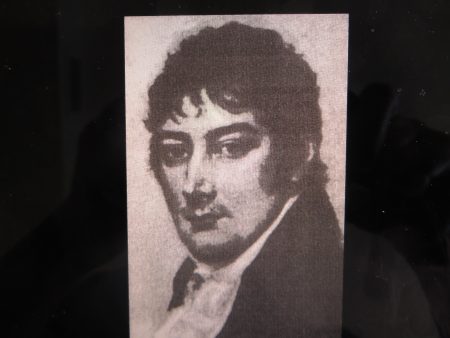 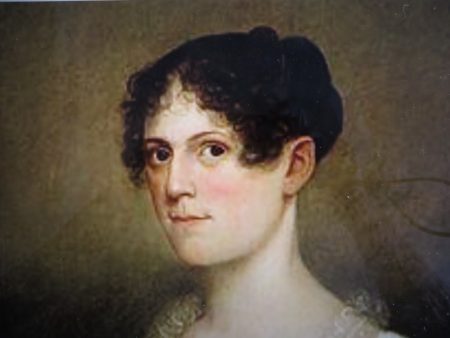 Brookgreen Gardens offers a tour of the site of The Oaks several times per day. As we rode along the property, our guide gave us a brief history of the Alston family. Our interest was in the family of Joseph and Theodosia Burr Alston (pictured above). Joseph Alston was a wealthy slave owning rice planter who married Theodosia Burr, the daughter of Vice President Aaron Burr. Theodosia was an only child and her mother died at a young age. Her father doted on her and she was given an education like very few girls of that time. The author of a biography of Theodosia went so far as to say that she had what could only be described as an education worthy of the claim that she was the first female college graduate in America. She studied music, dancing, arithmetic, and was fluent in several languages. Joseph Alston never graduated from college, but he studied law under Edward Rutledge, one of the signatories of the Declaration of Independence, and was admitted to the bar, although he never practiced law. The newlyweds honeymooned at Niagara Falls, the first “celebrity” couple to do so, and this started the trend that made Niagara Falls the “honeymoon capital of the world.”  Theodosia’s father sanctioned the marriage in spite of the cultural differences because he worried a great deal about having enough money to keep up his Richmond Hill estate in what is now Greenwich Village. He thought that having ties to Southern gentry through his daughter’s marriage might alleviate some of his need for concern. So Theodosia moved from the beautiful Hudson Valley to the hot, humid backwaters of the South Carolina Lowcountry. Nonetheless, the marriage was a happy one by all accounts.

Theodosia gave birth to a son in 1802. They named the child Aaron Burr Alston after his grandfather. Theodosia had a very difficult labor and delivery which left her with medical problems that were untreatable in the early nineteenth century. She was unable to bear any more children and her overall health was poor for the remainder of her life. When little Aaron was ten years old, he died of malaria. His parents were heartbroken as they buried him in the family cemetery at The Oaks. Below are a few pictures of this beautiful cemetery. 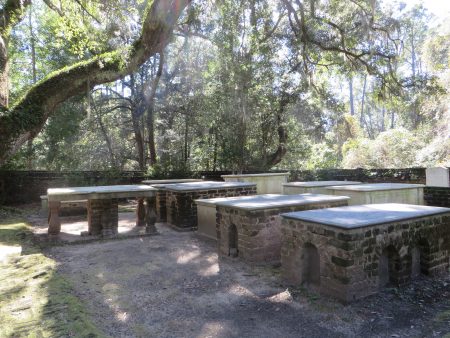 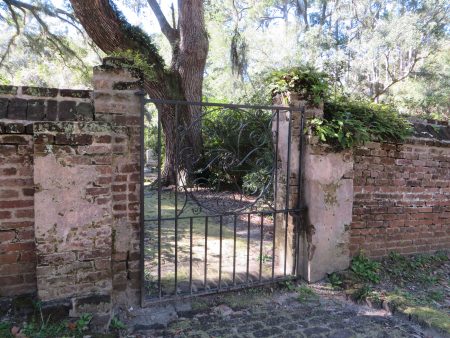 With her debilitated physical condition and mental anguish over the loss of her son, Theodosia longed to visit her father, whom she had not seen in five years. Joseph wanted to accompany her, but at the time, the War of 1812 was raging and he was new governor of the state of South Carolina. As such, he could not leave the state. (Theodosia had been South Carolina’s First Lady for only about three weeks.) Theodosia boarded a small boat at the dock of The Oaks with a traveling companion and sailed to Georgetown, South Carolina. In Georgetown, she transferred to a schooner called “The Patriot” for the journey onward to New York. The Patriot was a privateer and had just returned from the West Indies with a cargo hold full of loot from raids. The captain painted over the name of the vessel and stashed the guns in the hold to disguise the true identity of the schooner. Governor Alston secured letters of safe passage for Theodosia and her maid, along with her traveling companion and trusted family friend, Dr. Timothy Green. At the time, there was a British blockade along the coast, so the British Navy was asked to allow the ship to pass if encountered by a British vessel. The schooner sailed for New York on New Year’s Eve of 1812.

The journey typically took five to six days, but several weeks passed and the ship still had not arrived in New York. Governor Alston and Aaron Burr became frantic. There were reports of a storm off the Outer Banks in North Carolina, but not a trace of the ship was ever found. It was reported that a gale pounded the coast of North Carolina beginning the afternoon of January 2, 1813, which was when The Patriot would have been in the area. Most people believe that the schooner lies in “the graveyard of the Atlantic.” Others push the theory that the ship was taken by pirates, but pirate tales will always be more intriguing than shipwrecks. It’s just human nature.

Governor Joseph Alston never recovered from the loss of his wife. He is quoted having said that he felt “severed from the human race.” He died of a seizure three years after Theodosia went missing. Her father died penniless and in relative obscurity in 1836.

But the legend of Theodosia lives on.  Her ghost is said to haunt the Grand Strand searching for her father. There was a star of silent films with the stage name Theda Bara. Her real name was Theodosia Burr Goodman and she starred in films such as A Fool There Was in 1915 and Cleopatra in 1917.  Theodosia was also the subject of a poem by Robert Frost entitled Kitty Hawk. In 2013, Theodosia was the inspiration for an artist’s exhibit called “The Loves of Aaron Burr: Tales of Corsetry and Binding.” But when you score those coveted tickets to the musical Hamilton and listen as Aaron Burr’s character sings, you will probably know more about the Theodosia to whom he sings than anyone else in the audience. “When you smile, you knock me out, I fall apart / And I thought that I was so smart.”

History is pretty interesting stuff. Not quite like a perfect day at the beach, but still interesting.