Boston Bay, South Australia with Boston Island in the distance

Yesterday, we were in Port Lincoln, South Australia. By all appearances, Port Lincoln is a sleepy little seaside village. Well, looks can be deceiving, and they are here. Turns out that Port Lincoln is the seafood capital of Australia. Ninety-six percent of the tuna exported from Australia comes from Port Lincoln. The tuna business in Port Lincoln contributes 300 million dollars to the Australian economy each year. Another 100 million comes from the prawn business. Seafood is big here. Real big. More than one tuna baron has been created in this town of 14,000 people, and we hear that the barons share their wealth with their neighbors by generously funding projects that improve the quality of life here. We were fascinated to hear about the tuna ranching business and want to share this fish tale.

Port Lincoln is blessed with a huge deep harbor, Boston Bay. It is one of the largest natural harbors in the world. This makes it a perfect place to create a tuna ranch. The tuna fishermen go out to sea, aided by an airplane for reconnaissance. The plane finds the schools of tuna and radios the mother-ship. The mother-ship comes to the area and drops a huge net over the school of tuna. After three or four days, they have all the tuna they can accommodate and head back to Port Lincoln, towing the nets of tuna. It may take them a month to return to port because they must travel at a very low speed, usually around two knots. If they go too fast, they risk harming the tuna if they all pile up at the back of the net and squish each other.

When they get back to Boston Bay, they herd the tuna into the pens on the massive ranch out where the water is deep and cold. Every day, the tuna wranglers must dive into the ranch pens and look for sharks. Any sharks must be chased out of the pens. Apparently, this is a job for only the bravest of divers. Our guide said that she had heard some harrowing tales from the wranglers of close encounters with great white sharks over the years. Needless to say, the pay is good.

Also, the tuna must be fed daily. This has spawned (pardon the pun) an entire industry tasked with sourcing a steady supply of sardines to feed the tuna. The tuna remain in the ranch for around six to eight months, growing fatter every day. In July or August, the Japanese tuna merchant comes to Port Lincoln to collect the tuna. Since nobody knows tuna like the Japanese, they do their own “harvesting” right at the ranch, ensuring a huge supply of the finest grade, freshest tuna for the insatiable Asian market.

As we left the port and headed toward the Great Australian Bight, we saw the ranch and it was huge. There were more pens than we could count. We have a photo of the ranch below. This is so interesting and is surely destined to be an integral part of feeding the inhabitants of our planet in the future. 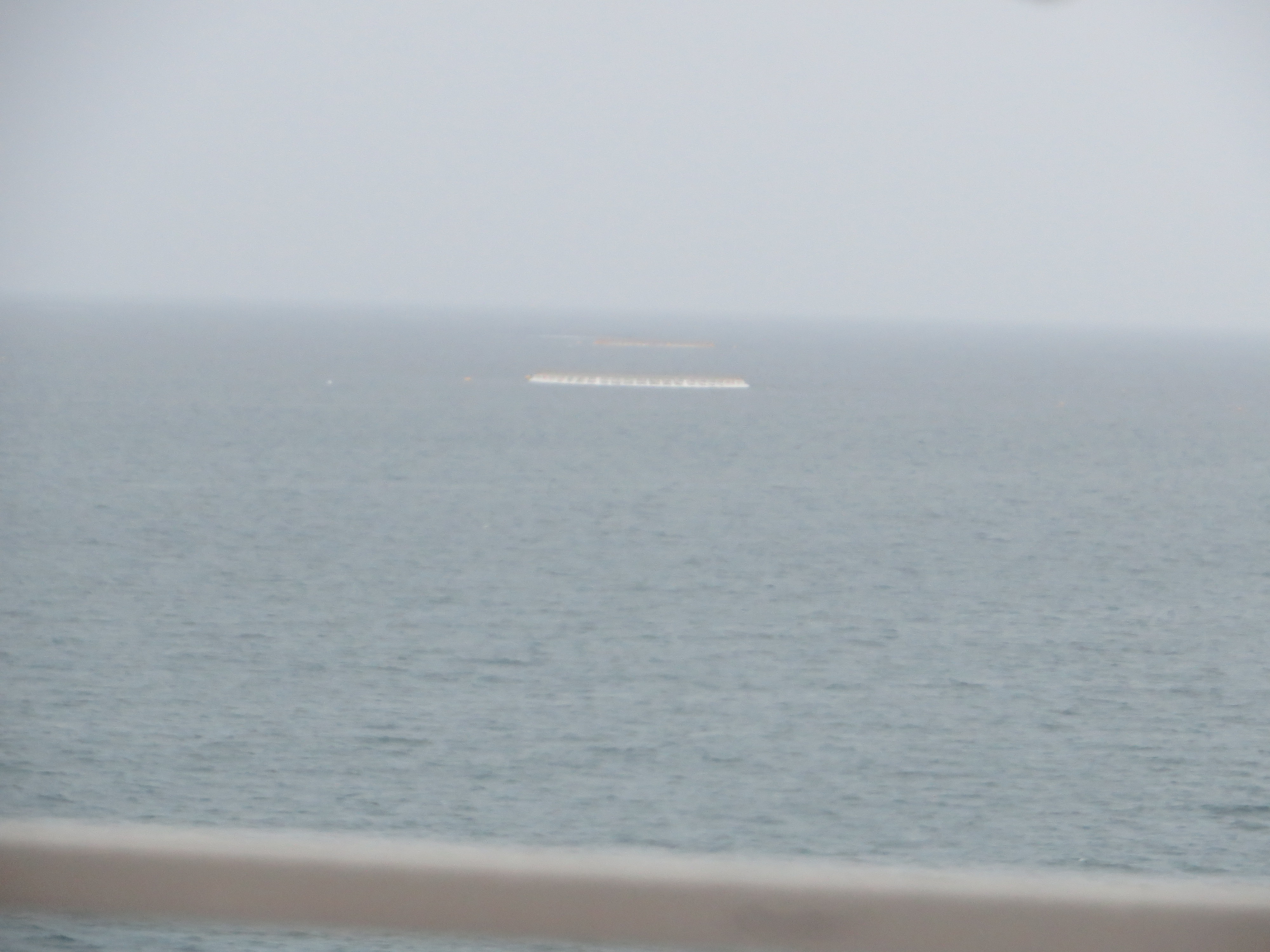 This is one of the tuna pens, and if you look carefully, you can see another in the background.

With so much talk of tuna, I was really craving a little so I indulged in the tuna avocado tower as my appetizer at dinner last evening. I hated to end this post without a picture of a tuna and this is the best I could do. I hope you enjoyed my fish tale. I sure did.