The Outback of Western Australia

It’s true that we are home now, but I just cannot resist posting a few pictures from our last day in Australia. We left Perth before 8 AM our last day there because we had lots of ground to cover that day. Our first stop was at Caversham Wildlife Park. It shames me to admit this, but at this point, we were so over kangaroos. Still, it was pretty cool to see a mother with a joey in her pouch. Sadly, I didn’t even care to line up to pet the koalas! I did, however, jump in the queue to pet the wombat, Big Bub, and was pretty pumped to see the Kookaburra, the largest of the Kingfisher family. Unfortunately, the quokkas were not receiving guests, so we missed seeing what has been called the “world’s happiest animal.” Maybe they weren’t feeling so happy that day. Everyone has an “off” day from time to time. Below are pictures of the wombat and the kookaburra. You will have to google quokka if you want to see a picture. 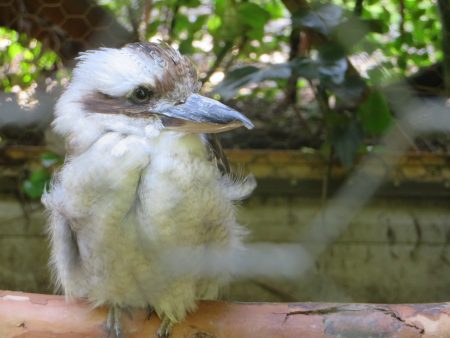 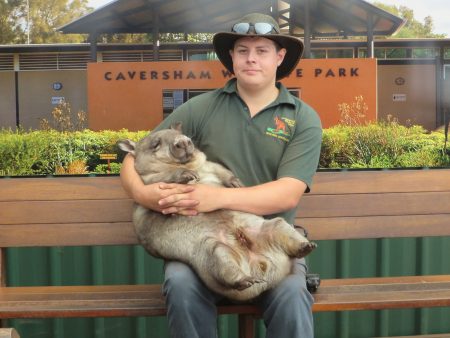 From Caversham, we drove north and towards the coast. We drove at least two hours and the view changed not one little bit. Outback. More outback. I longed for a little knitting project. I believe Rick took a nap. Our destination was a lobster shack, but this was no ordinary lobster shack. This place is a sixty year old mega worldwide export business in a sleepy-looking town called Cervantes. After we toured their operation, we had a fabulous lobster lunch on the patio enjoying the beautiful Australian summer day. 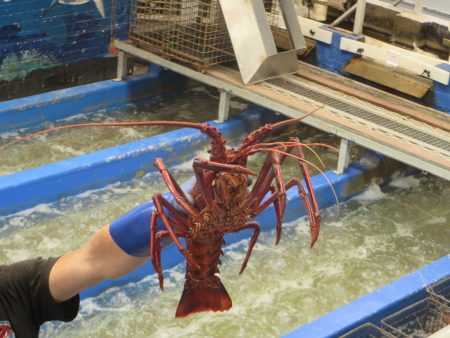 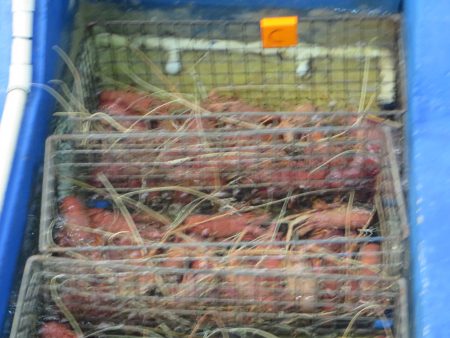 The next stop was not so far away, about a half hour or so, but the landscape truly looked otherworldly. The terrain at the Pinnacles Desert is quite a sight. The pinnacles rise rather mysteriously from the sand and are just so strange to see after hours of looking at outback. After about an hour or so trying to figure out just what the heck caused this, we headed on to another coastal town called Lancelin to check out the dunes there. I should not describe them as otherworldly lest I overuse that word, but I am having a hard time coming up with a word for them. These dunes looked like snow and we had a blast climbing up to the top. They had a four wheel drive vehicle for us to hop into for a ride over and through the dunes as well as a bunch of boards for those ready to try a little sandboarding. I will just let the pictures tell the story and leave it at that. What a great day to wrap up our New Zealand/Australian adventure! 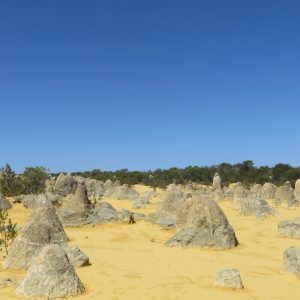 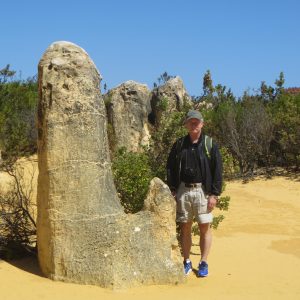