”Midnight at the oasis—send your camel to bed—shadows painting our faces—traces—of romance in our heads!”

I‘ve got an earworm. (It’s a real thing, you know!) Never had one this long before, but as soon as we stepped out of the hotel in Dubai and were welcomed to the city by the heat and sand of the desert, the music in my head started. It’s relentless. I mentioned it to Rick after about four days. He says I did not infect him, but I have heard him humming that song on at least two occasions. The old 1970-something Maria Muldaur tune was pretty lame way back then and it has not improved with age.

“Come on, cactus is our friend. He’ll point out the way.”

What does that even mean??

I had been really looking forward to this day in Egypt, but it seems like most of the people on the ship opted for the fourteen hour excursion to Luxor and the Valley of the Kings. Since we spent a couple of days in Luxor when we were here in 2006, we went for the Bedouin experience. Bedouin means “those in the desert” or “desert dweller.” Traditionally, they have been herders of goats and camels. In recent years, some tribes have rejuvenated the practice of falconry. There are one million Bedouins in Egypt; that’s one percent of the Egyptian population. 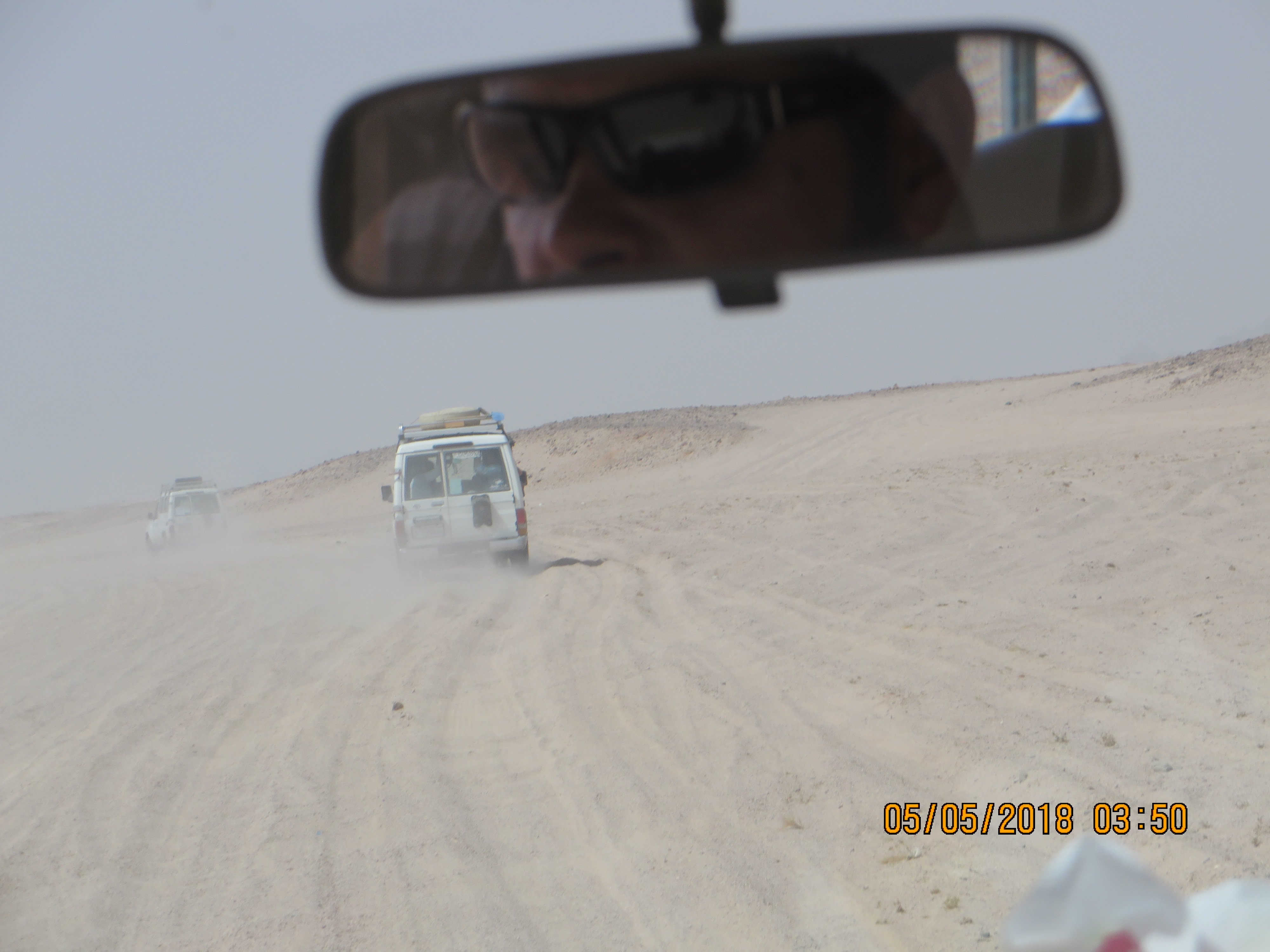 We jumped into the back of our ride for the day, a Toyota four wheel vehicle with bench seats on the sides. There were five of us and we had a driver and Mahmoud, the one man the group of five vehicles who could speak English. We went bouncing across the desert in a cloud of dust and sand over rocks and stones and into and out of ruts. It took about forty five minutes to drive about fifteen miles across the rugged, barren terrain to get to the Bedouin camp where we were greeted by a couple of men playing musical instruments and a couple of curious little children running to get a good look at us.

Everyone wanted to know when it had rained last in the desert. Mahmoud said that it had been about three years since there had been any rainfall out here. The Bedouins trek to a spring three days a week for water. Mahmoud showed us around the camp and explained the social order of the community. The chief was away today, as were most of the women. The women had taken the animals away from camp in search of food. There were camels for us to ride and lots of goats and little children running around. We saw the kitchen, pharmacy, and mosque. We were offered hot tea and flat bread by the women at the camp. The Bedouin men didn’t seem particularly busy; they tended to the children and camels, but mostly sat around in the shade talking. Without a doubt, their environment is about as harsh as it could be. On the other hand, the Bedouin lifestyle is very appealing to the kind of person who likes things laid back; it is a very simple life even if the sun and heat are exceedingly oppressive. It’s just too dang hot to do much. I just love it when good old Mother Nature gives me an excuse to not do something. ‘It’s raining—I can’t wash the car,” or “It’s too cold to go outside and rake the yard.” 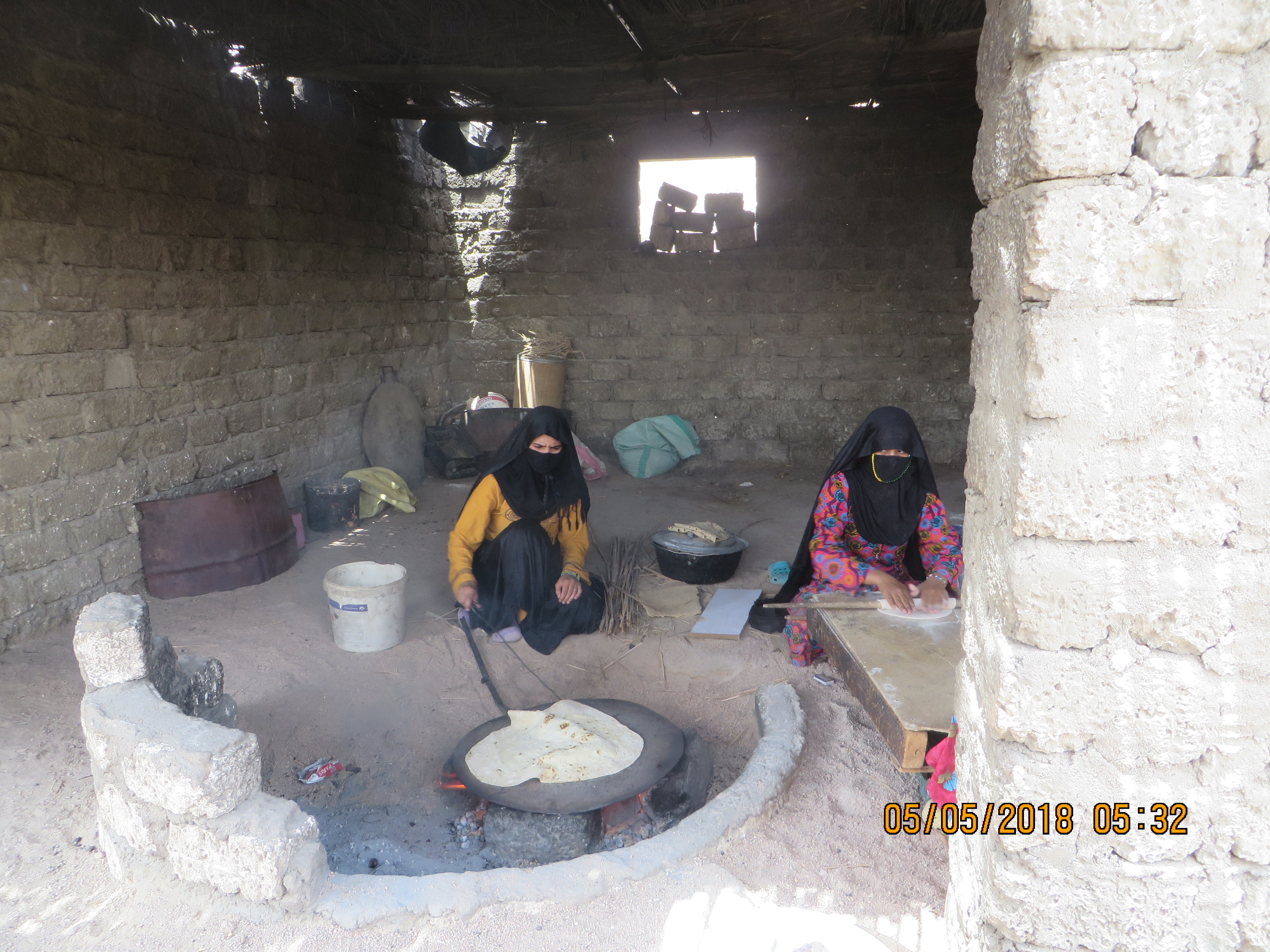 “Let’s slip off to a sand dune—real soon—and kick up a little dust!”

I think I got my fill of desert life today. I was delighted to bounce back across the desert to the port at Safaga and to the air conditioned comfort of the ship. I’m pretty sure that my earworm is history. After seeing this unforgiving environment and hardscrabble lifestyle, the words seem sillier than ever! 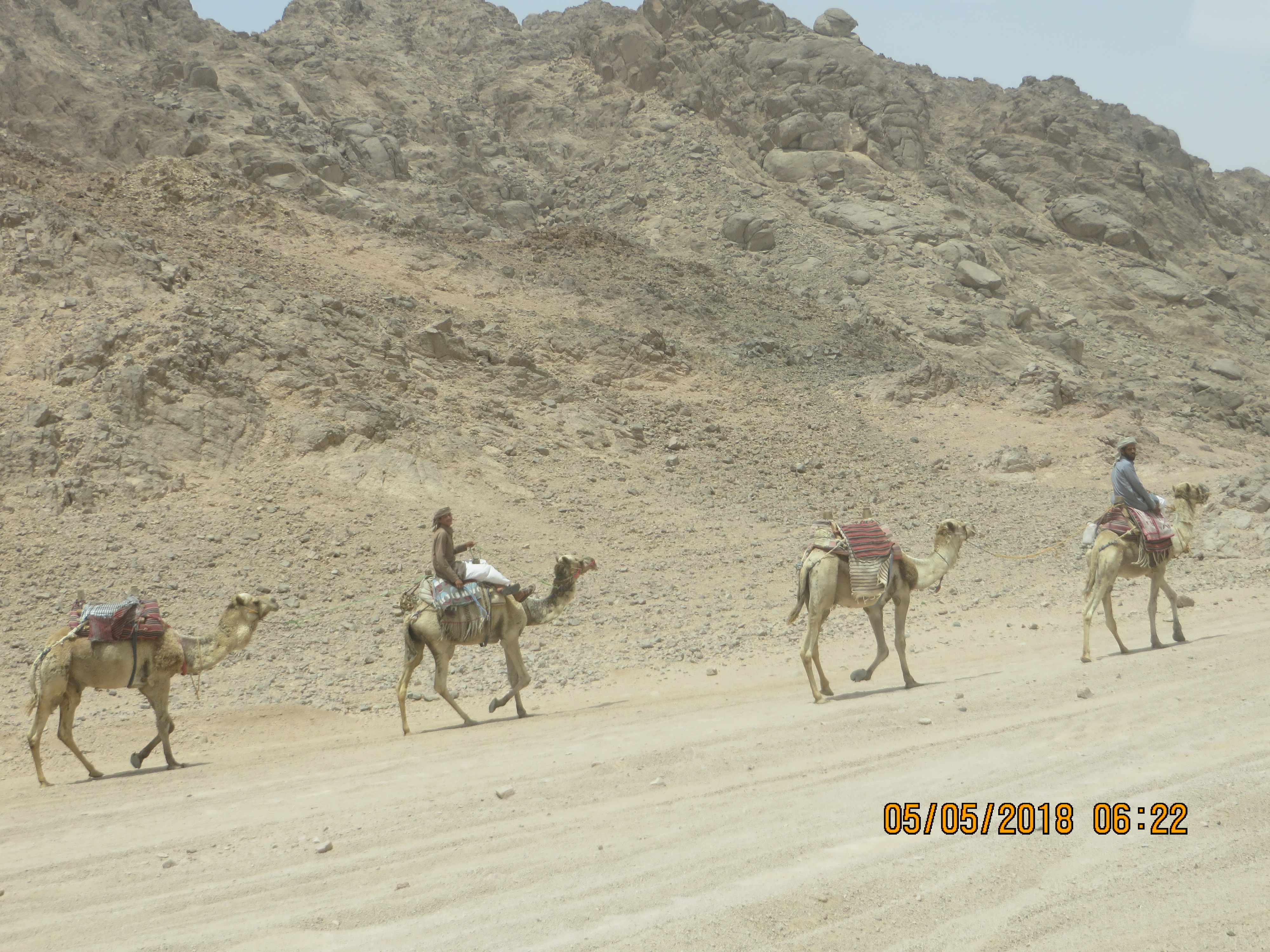