Travels With Annie and Poppie: A New Chapter Begins

This traveling thing is nothing new for Logan. He hit the road with Annie and Poppie at a young age. His first trip was probably to Beaufort when he was around four years old. We still laugh about something he said on his second trip to Beaufort. Luckily, he slept most of the way, but he awoke on Old Sheldon Church Road. He looked around and said, “We are close to Beaufort, aren’t we?”

Such a genius! “How,” we asked, “do you know that we are getting close to Beaufort?”

“What? Huh?” I thought. Then we realized what he was talking about. Moss! He saw the Spanish moss and made the association with the coast. He just could not exactly remember the name. 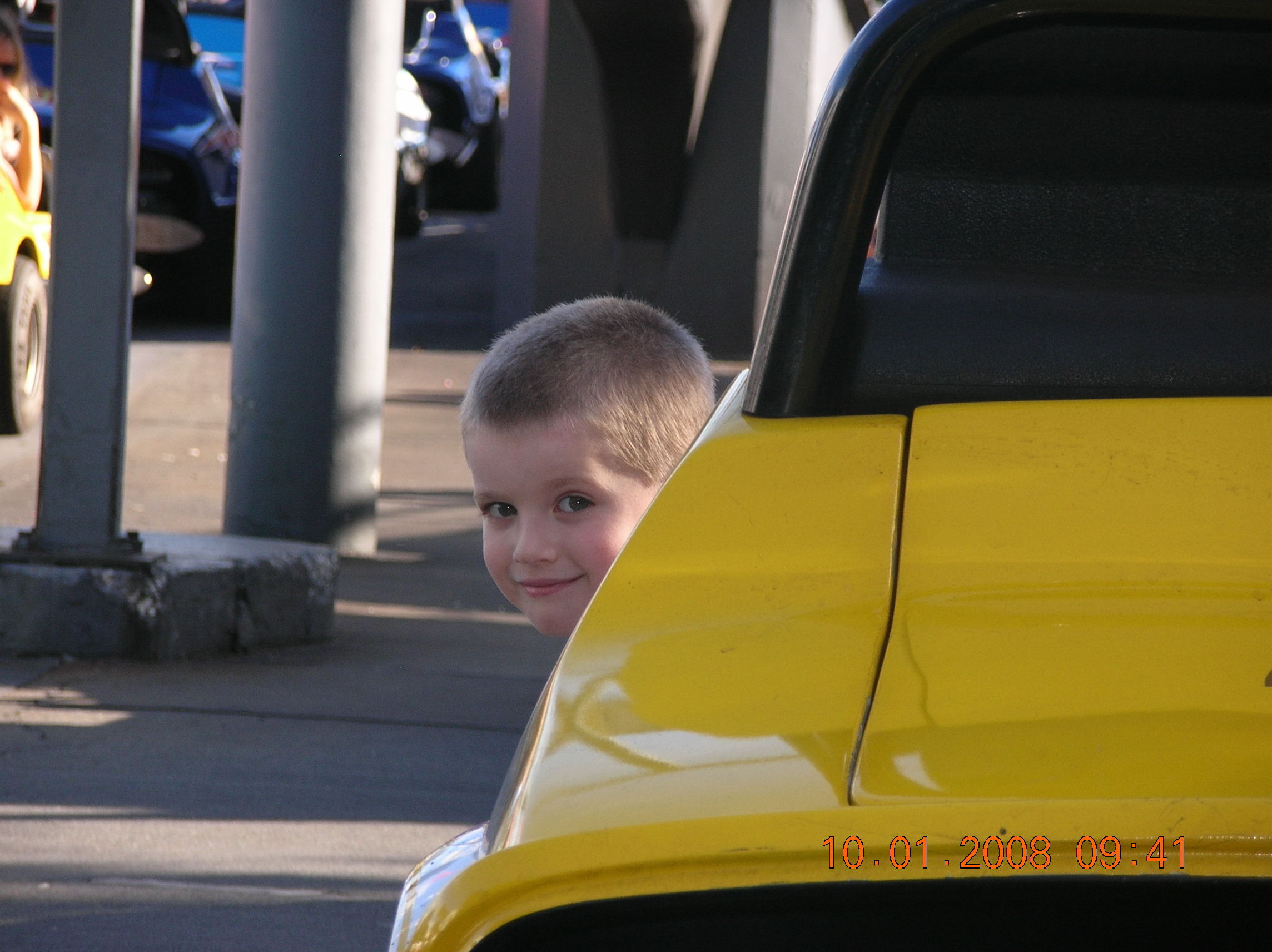 Disney World 2008 – Logan’s first airplane ride. I’ll never forget that when we were sitting on the airplane getting ready to leave Orlando, Logan told his mom that we “would be home in 2 seconds.” It took a little longer. 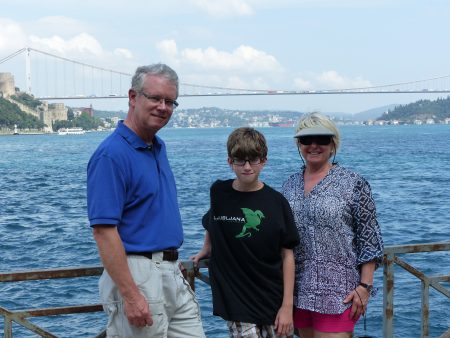 Many years have passed since those little trips to Beaufort from Columbia. In the past decade or so, Logan has logged many miles on more than one airline and more than one cruise line. He’s taken trains, ferries, airplanes, taxis, rental cars, big ships, little ships – you name it. Logan has more stamps on his passport than most people four times his age. Canada, France, the Caribbean, England, Scotland, Brussels, the Netherlands, Greece, Turkey – these are the first places that come to mind. He’s also taken more than a few trips in the good old USA. Another quick Logan story: We were traveling from Prince Edward Island to New Brunswick in the Canadian Maritime Provinces when he was about eleven years old. We drove the rental car on to the ferry and more cars came on behind us. Logan looked at the growing line of vehicles behind us and, after a few minutes of watching and thinking, asked what I thought was a really good question: “How are all these cars and trucks going to back off this ferry?” We had not explained to him that they would open the other end of the ferry and we would all drive off when we arrived at Prince Edward Island. It’s hard to imagine the chaos if all those vehicles backed off that huge ferry.

Harvey, Logan’s three year old cousin, as already taken a few trips with Annie and Poppie when we brought along his parents. We celebrated his first birthday in the UK and we all traveled to Montana shortly after his second birthday. Below is a great photo of Harvey and his dad at Harvey’s first birthday celebration in the London Eye. That picture is followed  by a photo of Harvey and Poppie on June 13, 2017 in Big Sky, Montana, about a week after he celebrated his second trip around the sun. 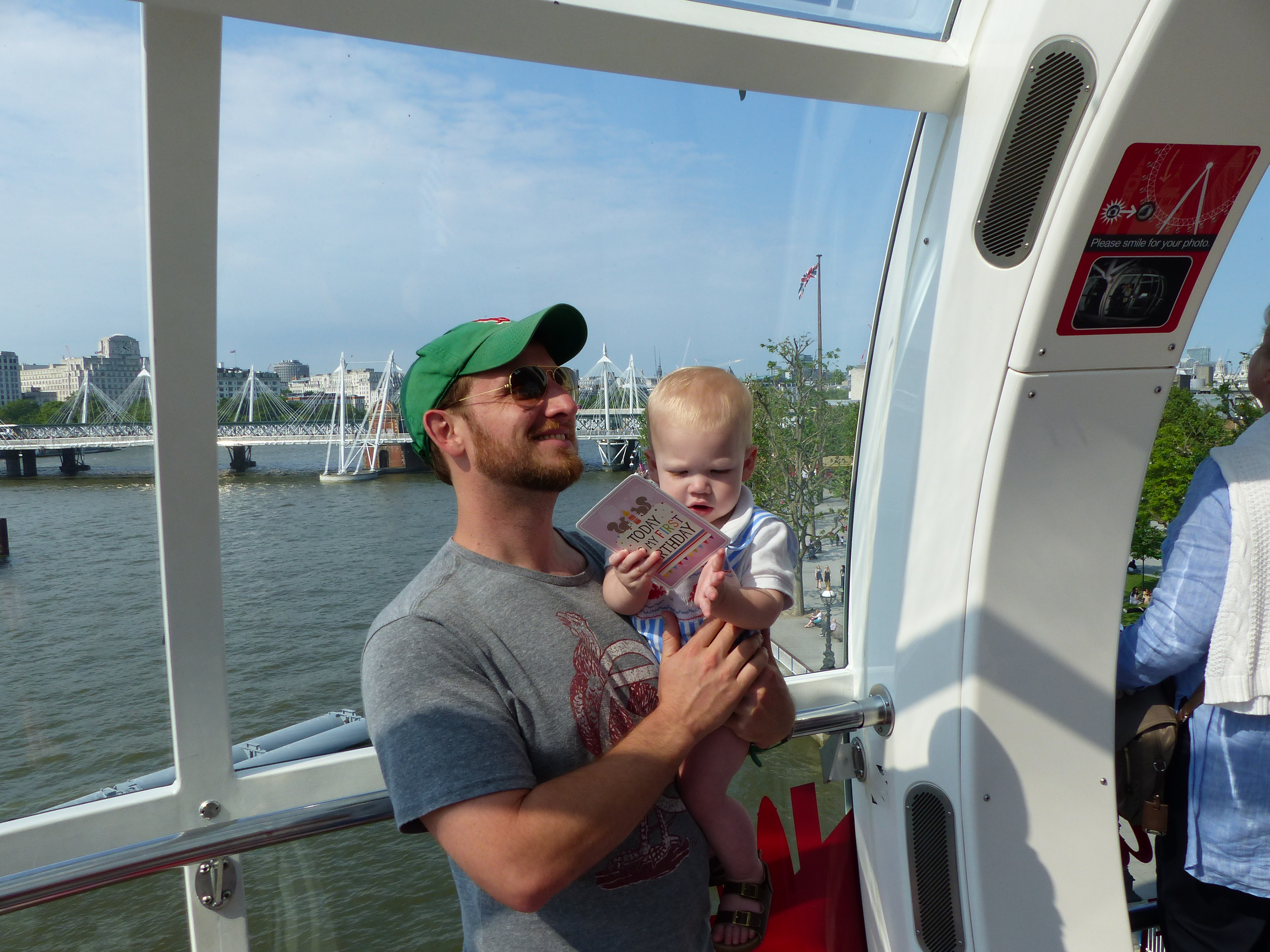 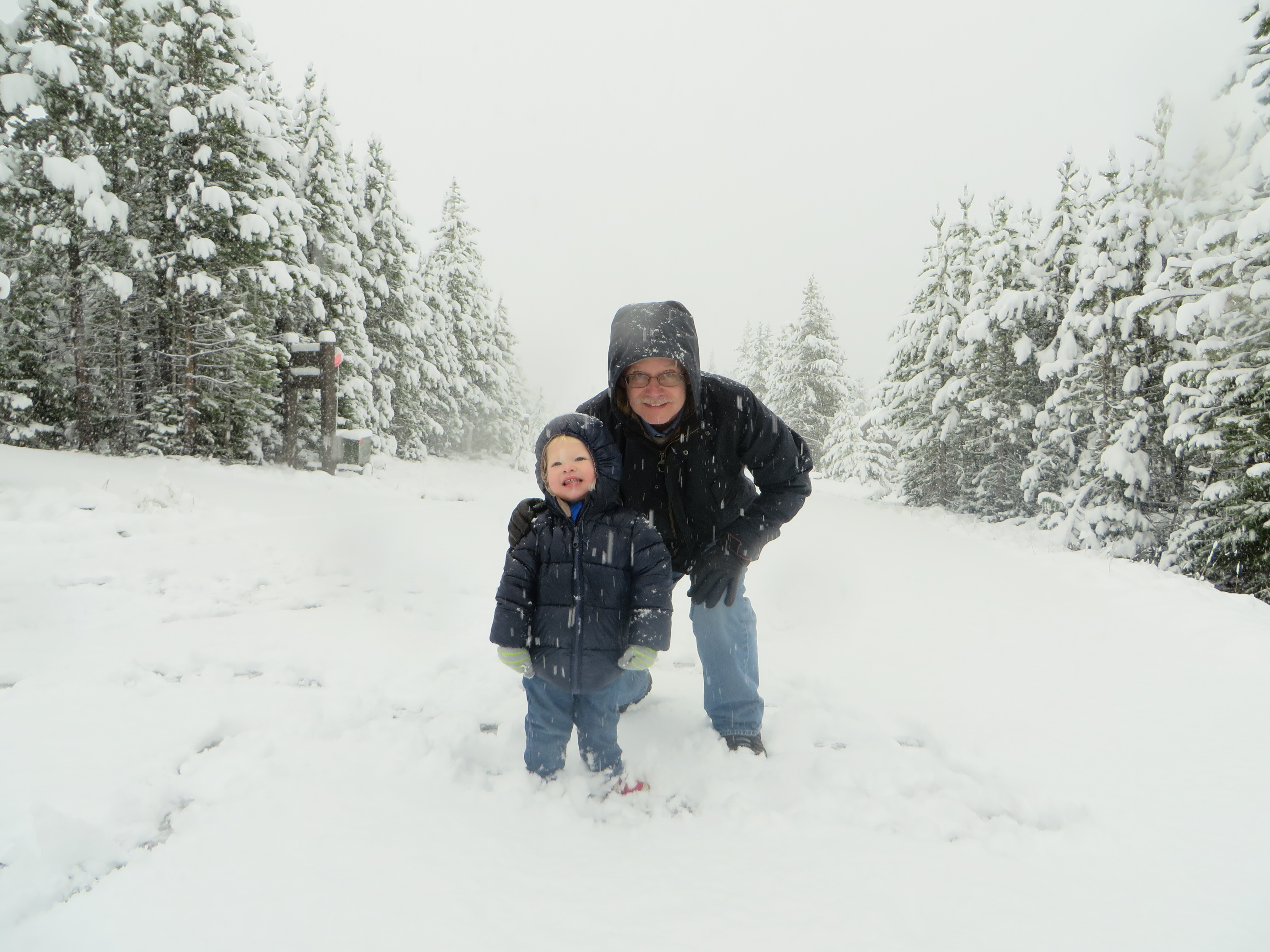 This morning, everyone was super excited that the day had finally arrived for Harvey’s third birthday gift, his first solo trip with Annie and Poppie. Harvey was accompanied by Logan, his third favorite person on the planet, his real live action figure and cousin all rolled into one gangly teenager, when we left Columbia for our adventure to the South Carolina State Aquarium in Charleston. Fortified with goldfish, water, books, an airplane, and a dinosaur, we hit the open road. Well, it was as open as it could be on a Saturday in the summer. 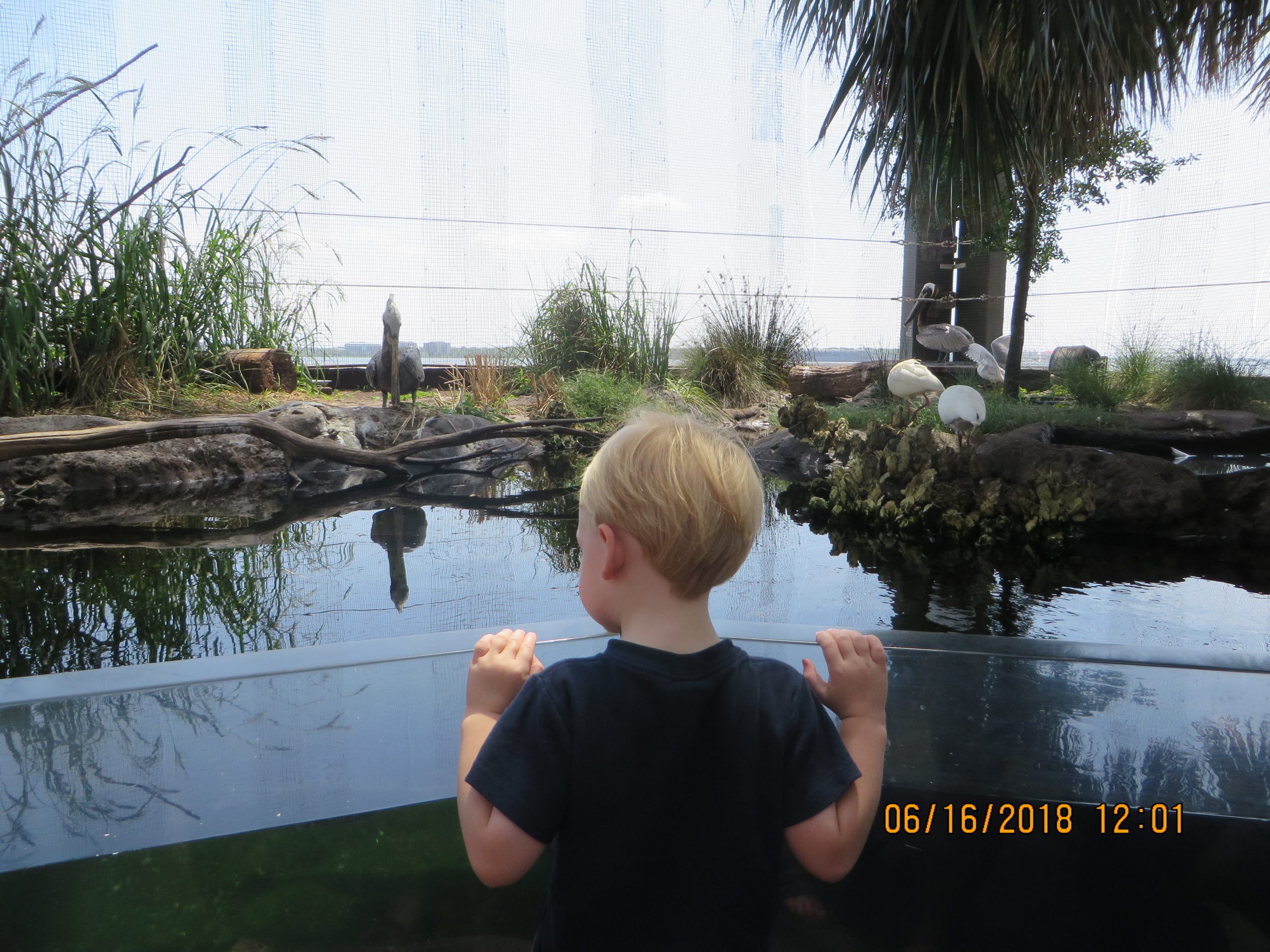 The aquarium was crowded but we still saw everything Harvey wanted to see, which was all that mattered. He loved his time there. He says his favorite thing was the starfish in the touch tank. Could have fooled us; he refused to touch it. Like all children his age, he loved the gift shop. We left with a book,  The Cat in the Hat’s Wish for a Fish: All About Sea Creatures, and a bag of plastic sea creatures which he held in a death grip all the way to the car. 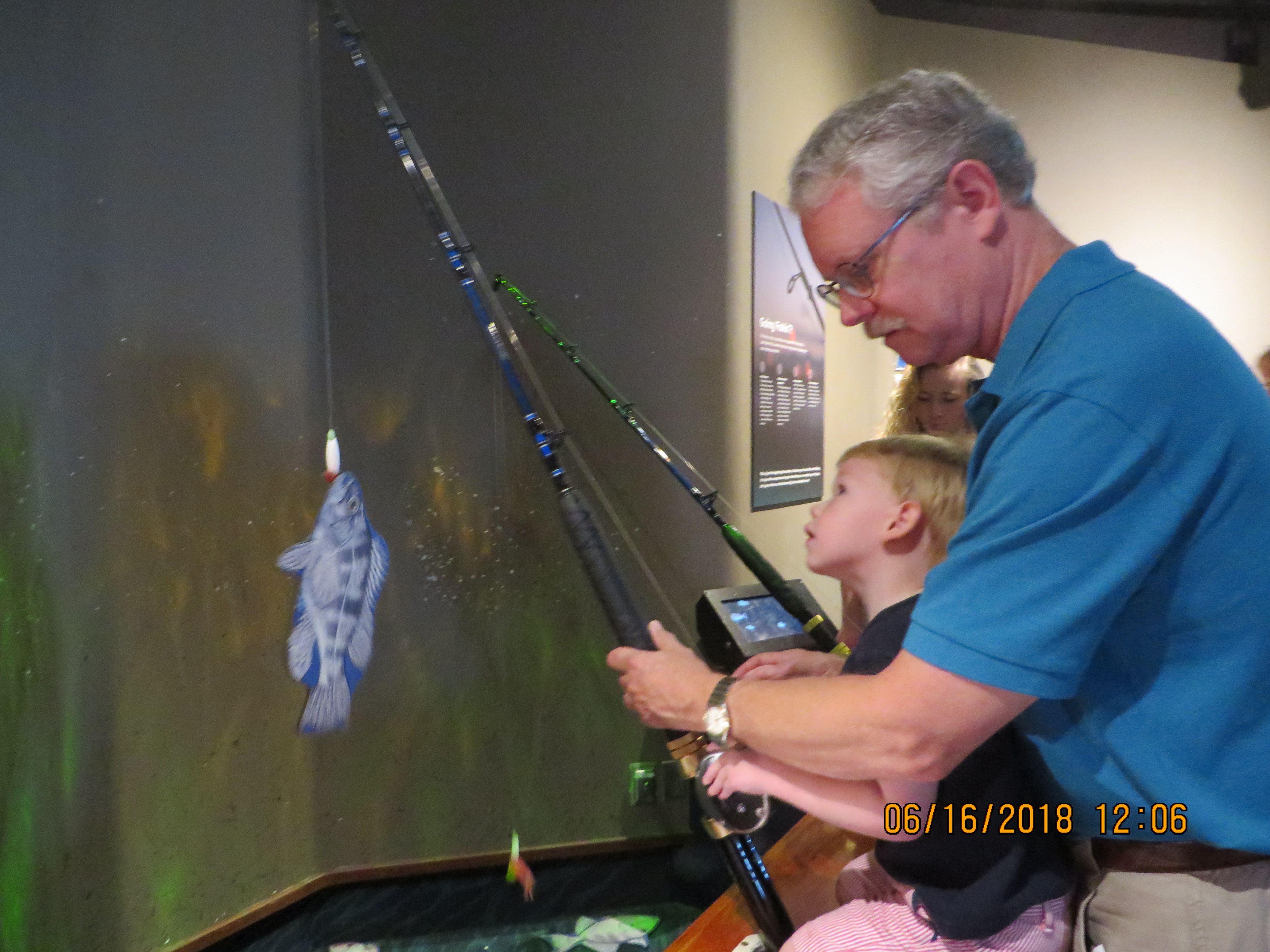 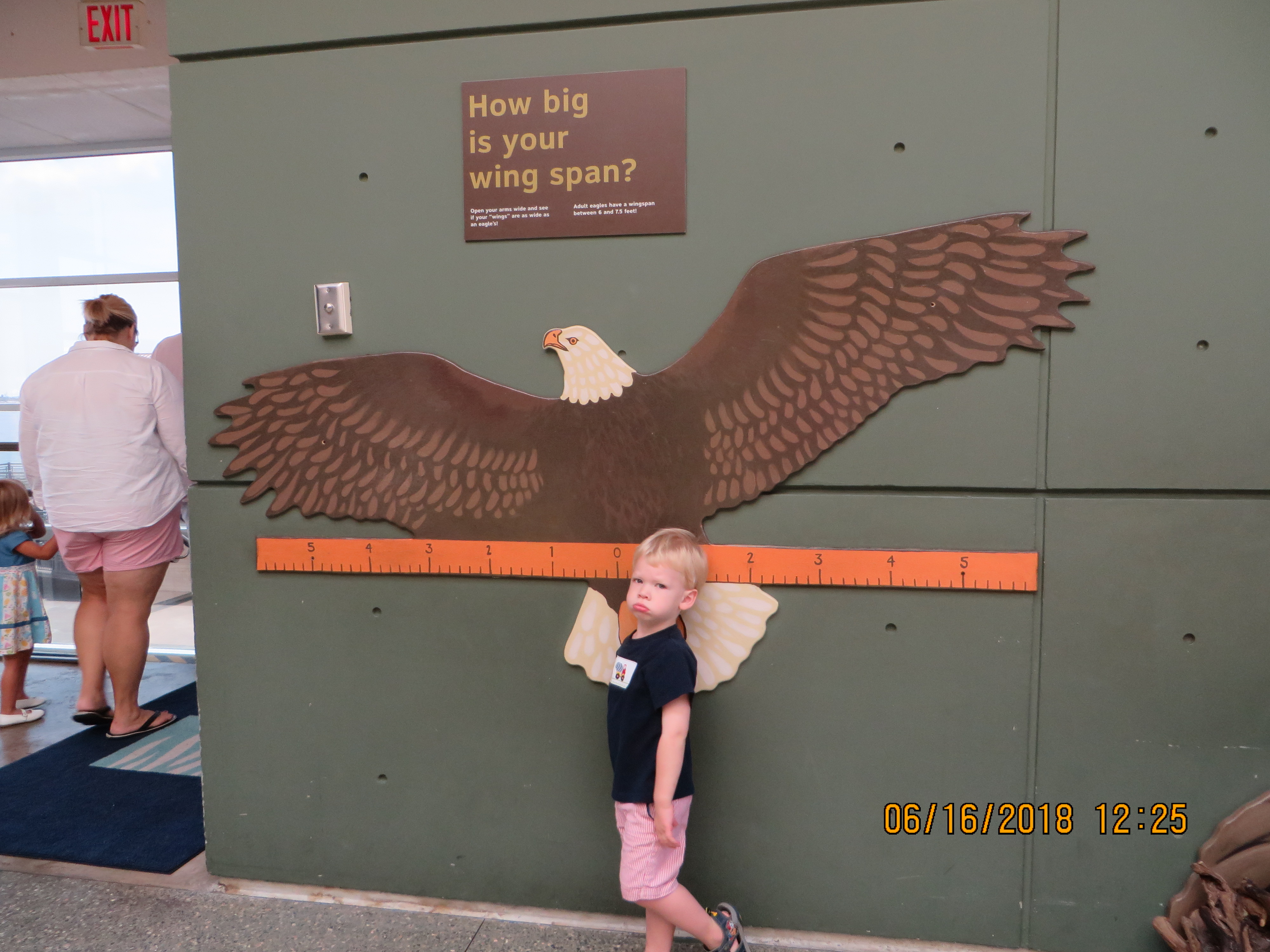 We capped off our adventure with a quick lunch at Boxcar Betty’s in Summerville, then turned the car west toward Columbia. Before Harvey drifted off into his afternoon nap, he invited himself to spend the night with us again Saturday night. Music to a grandmother’s ears.

So down the road we go, already planning more travels with both of these boys. Now that Harvey has those sweet infant twin brothers, we feel sure there will be even more chapters to fill up our travel journals. Where will Sullivan and Winston take us in just a few short years? 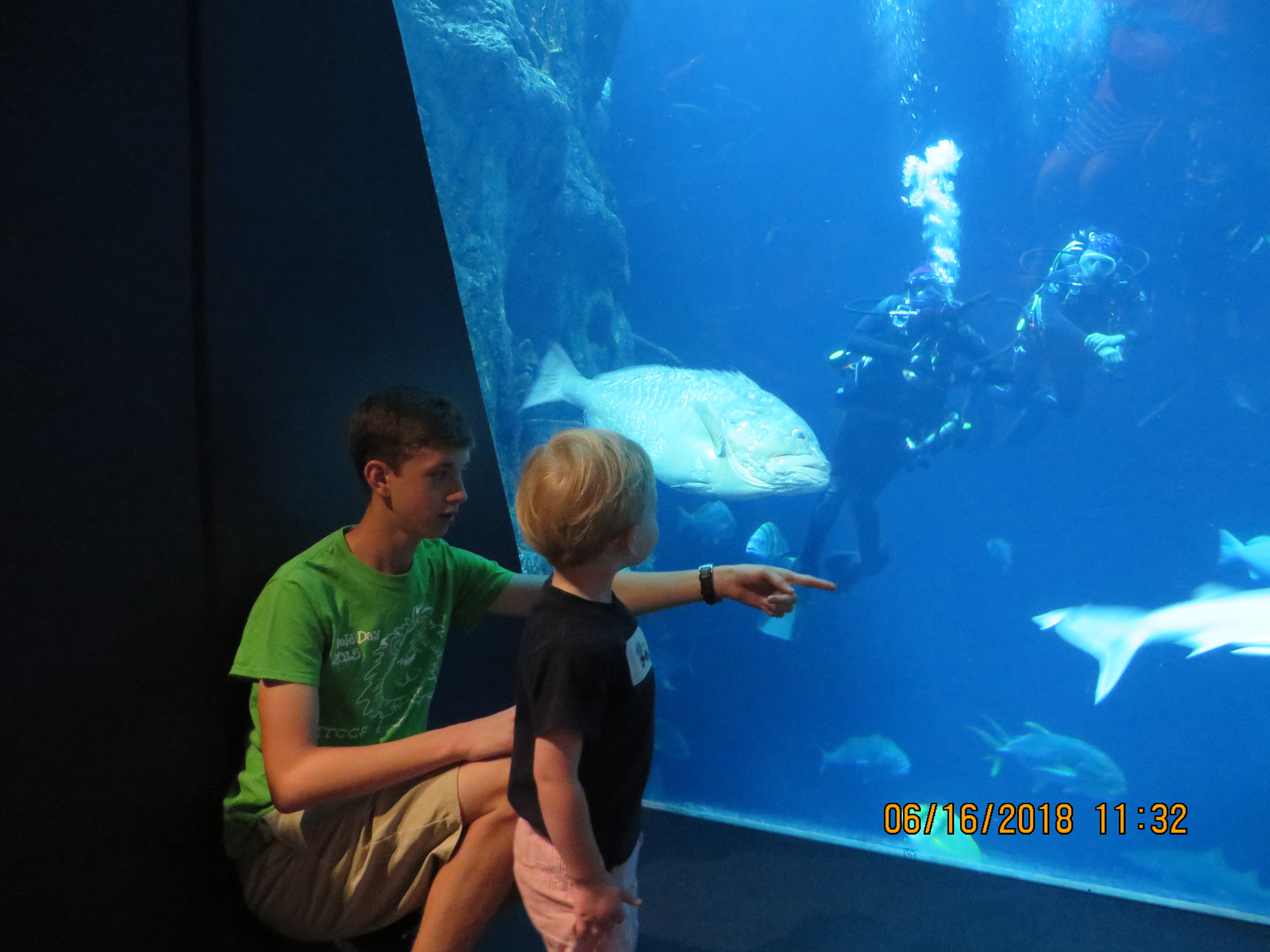 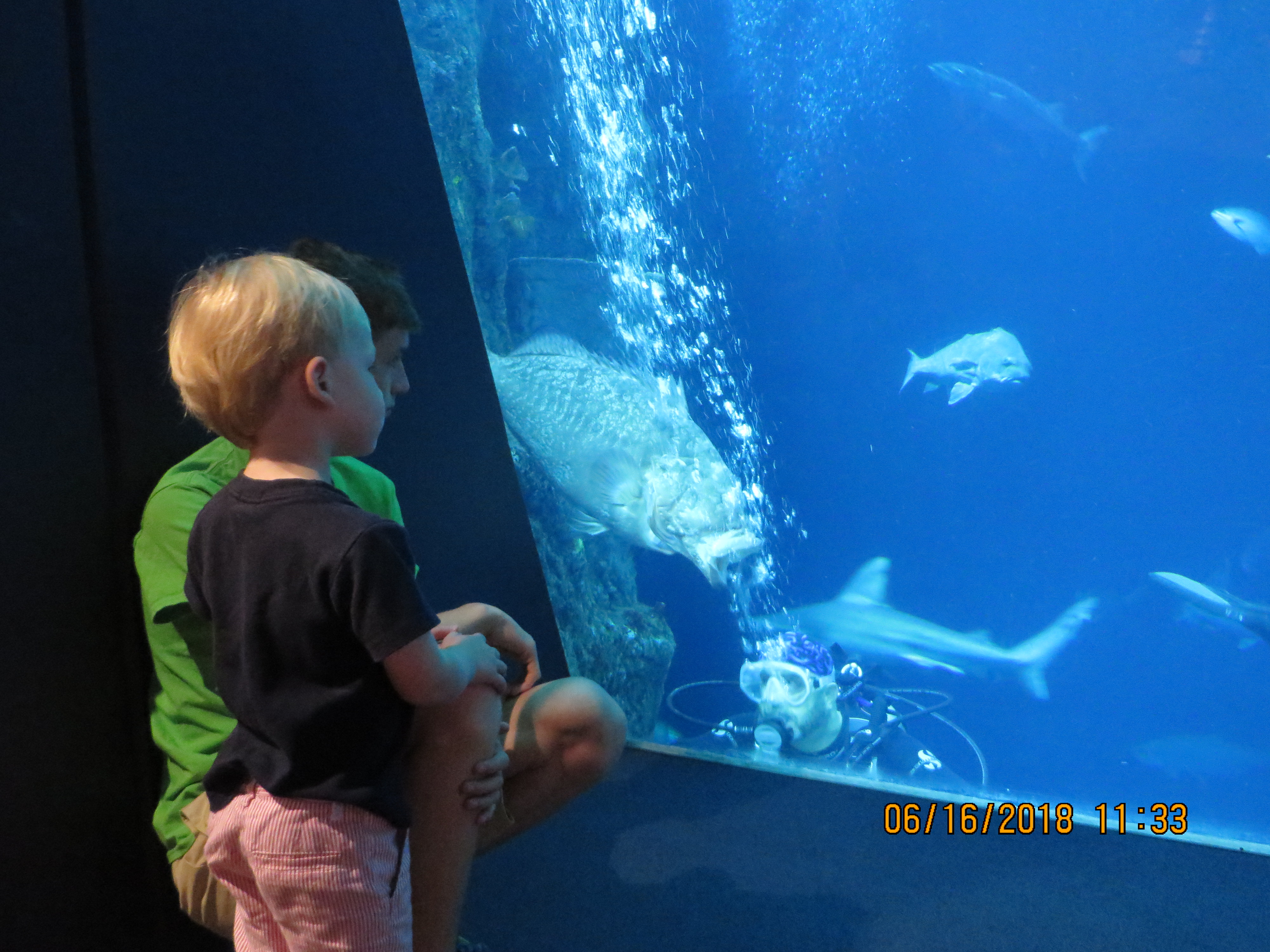