“Mother’s in the kitchen

Washing out the jugs,

Sister’s in the pantry

Father’s in the cellar

Mixing up the hops,

Johnny’s on the front porch

Watching for the cops.” 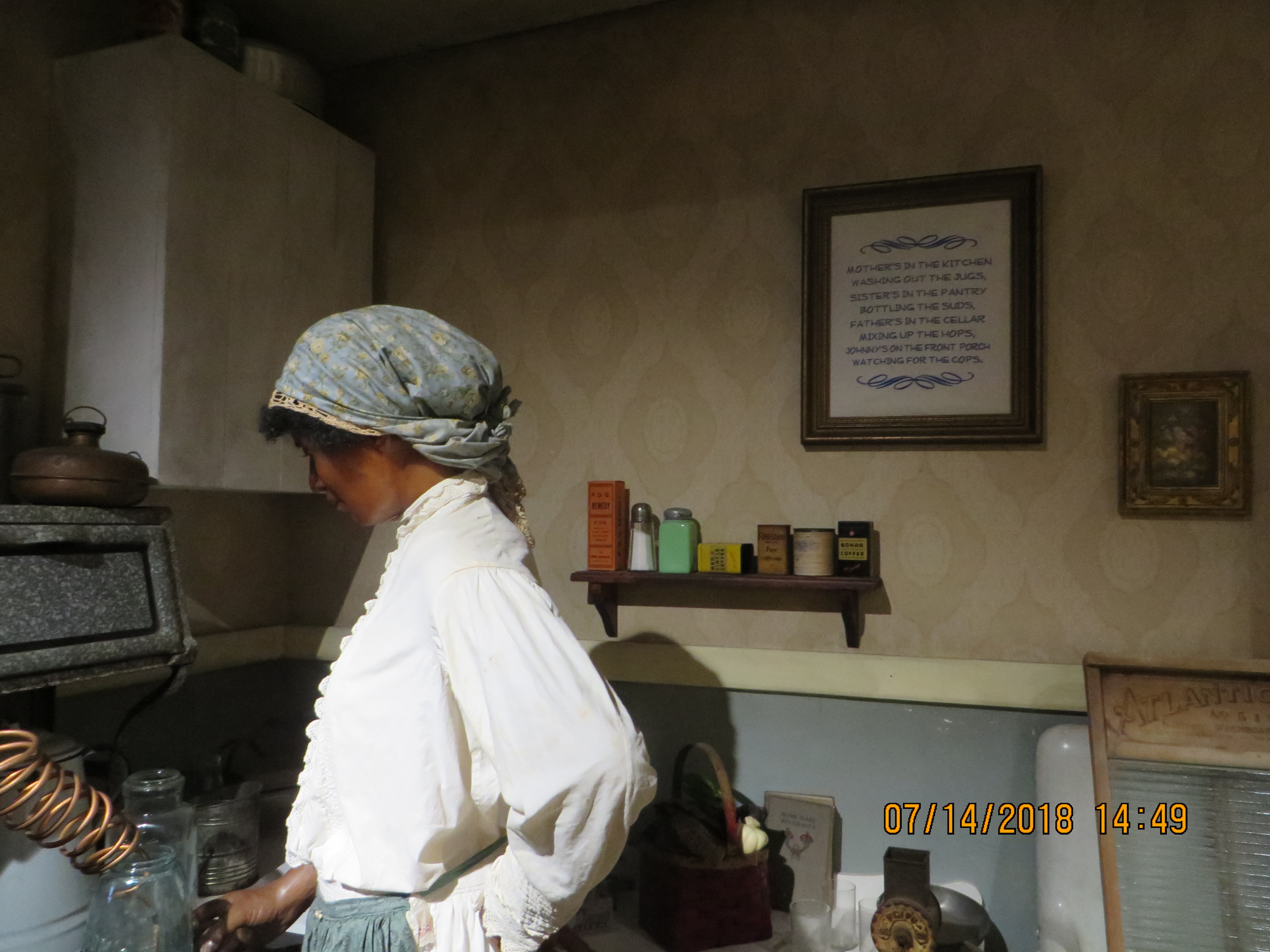 Here’s one that would never have occurred to me. Is it a positive or a negative? That’s up to your perspective; I’m just presenting the facts. It is widely believed that NASCAR’s roots are soaked in moonshine. Looking to expand their market share, moonshiners hired fast drivers to deliver their illicit booze. Driving their souped-up Chevys and Fords, these daredevil drivers could easily out-maneuver your average run-of-the-mill sheriff on the road and off. Mountain roads with their hairpin curves did not scare them nearly as much as the thought of being apprehended with their contraband cargo as they sped through the dark of night making deliveries from mountain moonshine stills to the booze-thirsty cities of the South. Was NASCAR really a unintended consequence of Prohibition? Who knows.

Here’s another random observation that we picked up. Walgreen’s Pharmacy supposedly owes its success to Prohibition. The drug store chain started with the original store in 1901. By 1919, there were twenty stores in Chicago. By the end of Prohibition, there were 529 stores scattered across the US. Walgreen’s success was directly tied to the fact that they capitalized on the business of prescription whiskey. Physicians prescribed whiskey for a plethora of illnesses and conditions, and Walgreen’s was all too happy to fill those ‘scripts. It is truly amazing, but by the end of 1921, only one year into Prohibition, America’s pharmacists had run through eight million gallons of booze for medicinal purposes from government warehouses.

But first, let’s roll through the positives of Prohibition and get that out of the way. It is well documented that alcohol related deaths and illnesses dropped as a result of Prohibition. Also, per capita annual alcohol consumption dropped and has never climbed back to the pre-Prohibition level. All to the good, right? OK, so that pretty much sums up the plus side, at least that I can find.

Now let’s take a look at the negatives, starting with the little ditty I opened with. Prohibition made “criminals” out of previously law-abiding Americans from all walks of life. Prohibition caused an explosion in home brewing and distilling. Woolworth and Kroger sold home brewing equipment and pharmacies sold malt extracts, so many families took advantage of the readily available supplies and set up shop. It is estimated that forty percent of all alcohol was the result of the labor of enterprising families. Gotta love that good old American entrepreneurial spirit. Or should I say entrepreneurial spirits? Many a mother used her baby stroller to deliver whiskey from the family cellar to a nearby speakeasy with the hooch stashed under the baby. 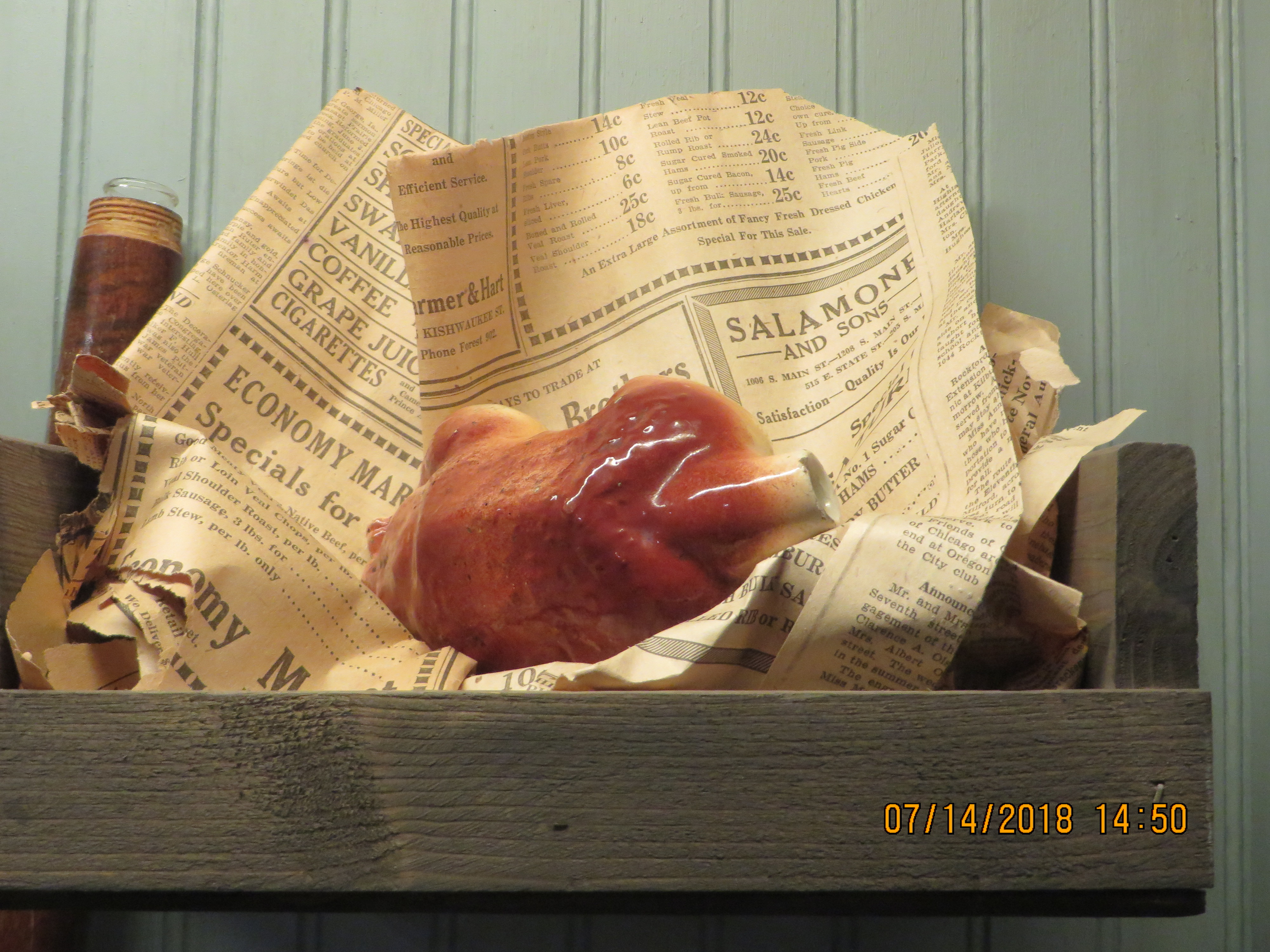 A cornish hen flask? What drunk thought this was a good idea?

The Temperance leaders assured the US government that Prohibition would create an economic boom for the country. Au contraire. So many people lost their jobs as breweries closed, killing jobs for bottle and barrel makers, truckers, warehouse owners, as well as farmers who grew hops, wheat and corn. Hotels suffered, as did restaurants. People just stayed home and entertained. There they could serve bootleg booze. Theaters expected an uptick in business since folks would not be spending their time drinking. Wrong. Movie-going dropped off, as did sales of household goods and clothing. The real estate market even suffered a downturn. 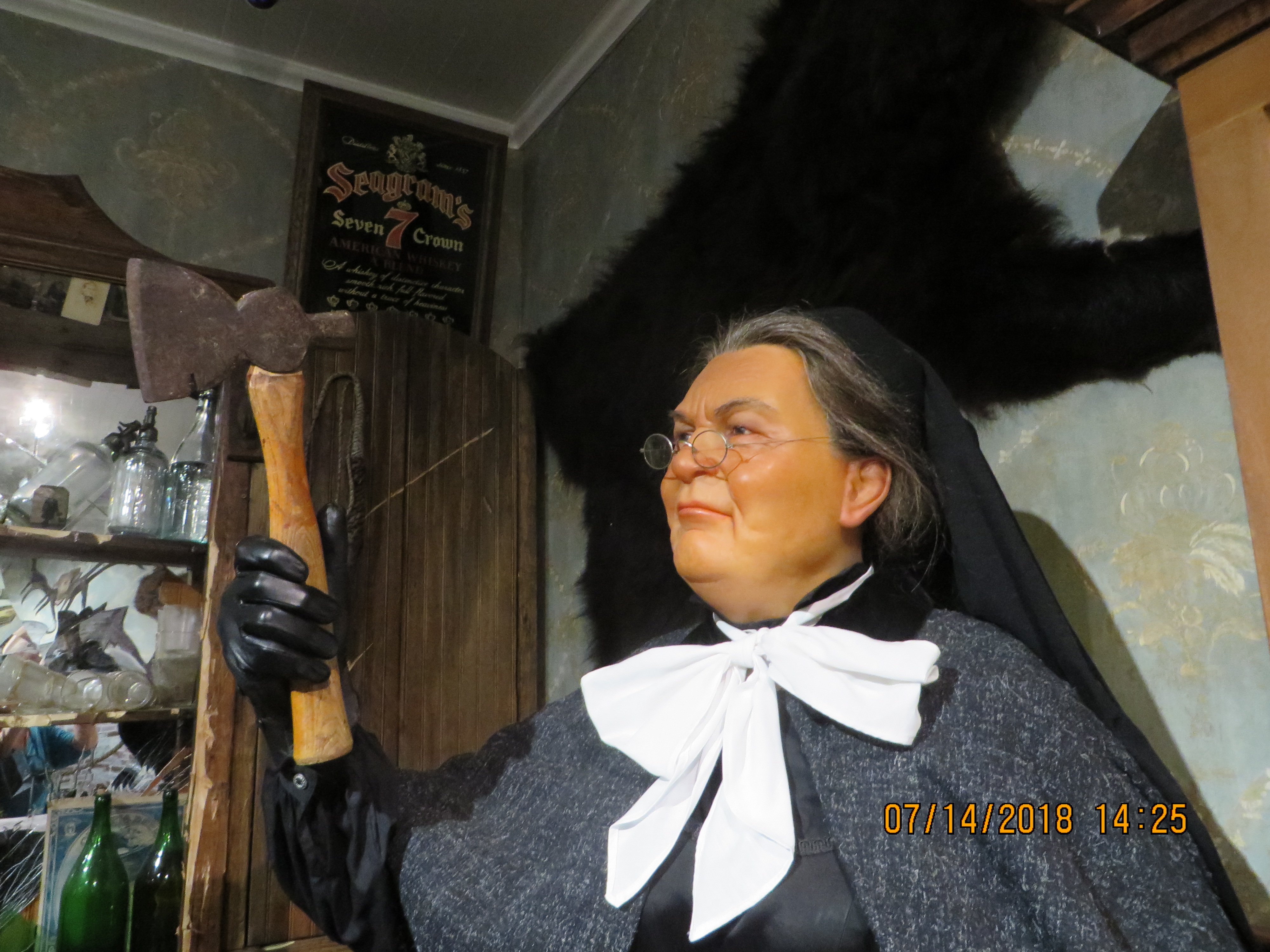 Carry Nation: She and her trusty hatchet performed “Hatchetations” on saloons and bars and resulted in her being arrested repeatedly. 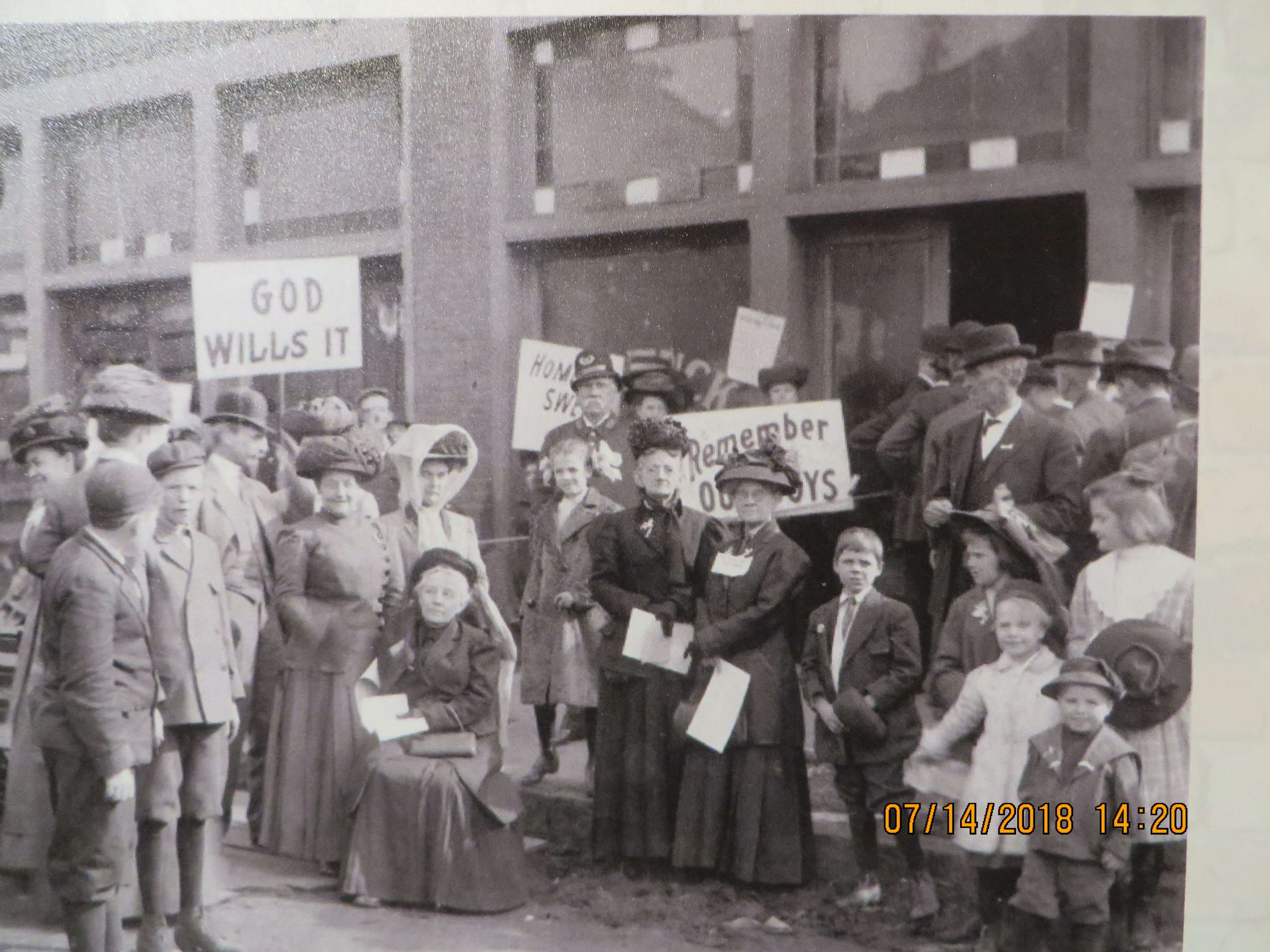 Members of the Women’s Christian Temperance Movement. They look like a happy bunch, don’t they??

It was not insignificant that Prohibition ushered in an incredible loss of tax revenue from the sale of liquor. In fact, the first income tax was passed the year before Prohibition in anticipation of the lost revenue. Up to forty percent of all US taxes were paid by brewers and distillers prior to Prohibition and that loss had to be picked up the taxpayers. Prohibition was repealed in 1933, but oddly enough, the income tax was never repealed.

Probably the most profound result of Prohibition was the horrendous rise in crime. With liquor outlawed, bootlegging became a booming business and the mafia bosses were quick to get in on the action. In cities with anti-Prohibition government officials, the illicit booze business became outrageously easy and profitable for those officials willing to turn a blind eye to the criminal activities. These officials became wealthy beyond belief along with the criminals they protected. Allowing speakeasies to flourish added to the bottom line of the income of many politicians. In 1929, there were 32,000 speakeasies in New York City. The rise of the “celebrity” criminals was undoubtedly the result of banning alcohol. The names of the likes of Al Capone, Bugsy Moran, and Lucky Luciano will always be associated with Prohibition. These mafia types and their networks managed to devise distribution systems to supply booze all over the country. They operated on a grand scale and wielded their power over their territories at gunpoint with weaponry that was the envy of law enforcement agencies. The rise of the “mob” has to be the worst of the unintended consequences of Prohibition. 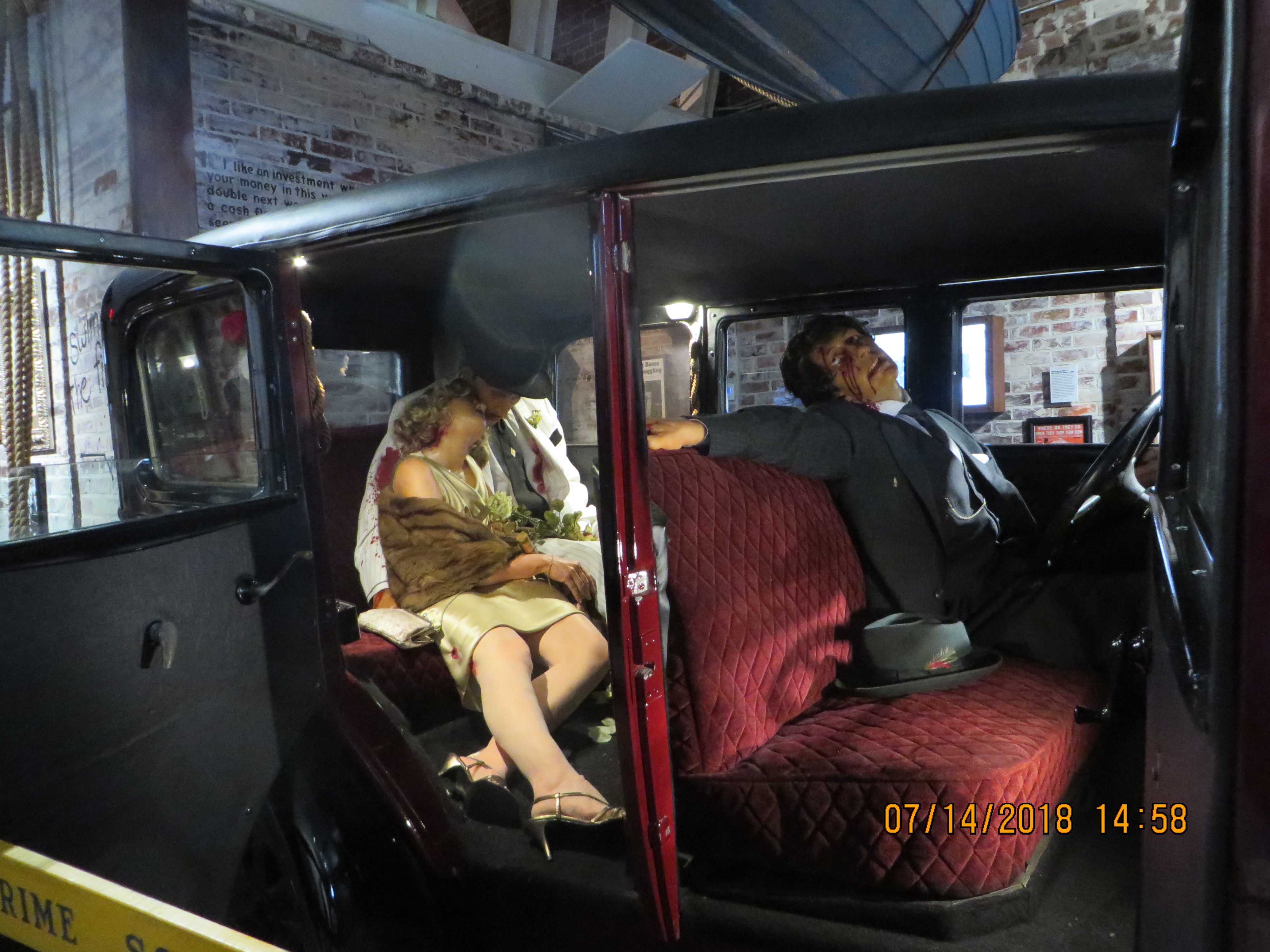 The American Prohibition Museum in Savannah is the only one of its kind in the country, which is appropriate since Savannah was known as the “bootleg spigot of the South” due to the coastal geography. The Savannah River, with its vast network of creeks and inlets, made the area perfect for rum running and moonshine operations. We found the museum to be a very entertaining and informative way to spend a little time on a hot summer afternoon. As you wind your way through the museum, you may find yourself getting thirsty and that’s OK. The last stop is at the speakeasy where you can enjoy a cocktail and raise a glass to the Twenty-First Amendment which repealed Prohibition on December 5, 1933. The walls are adorned with all sorts of news articles and quotes about the end of this American experiment, so I will end with a great quote from the wall.

“Once, during Prohibition, I was forced to live for days on nothing but food and water.” 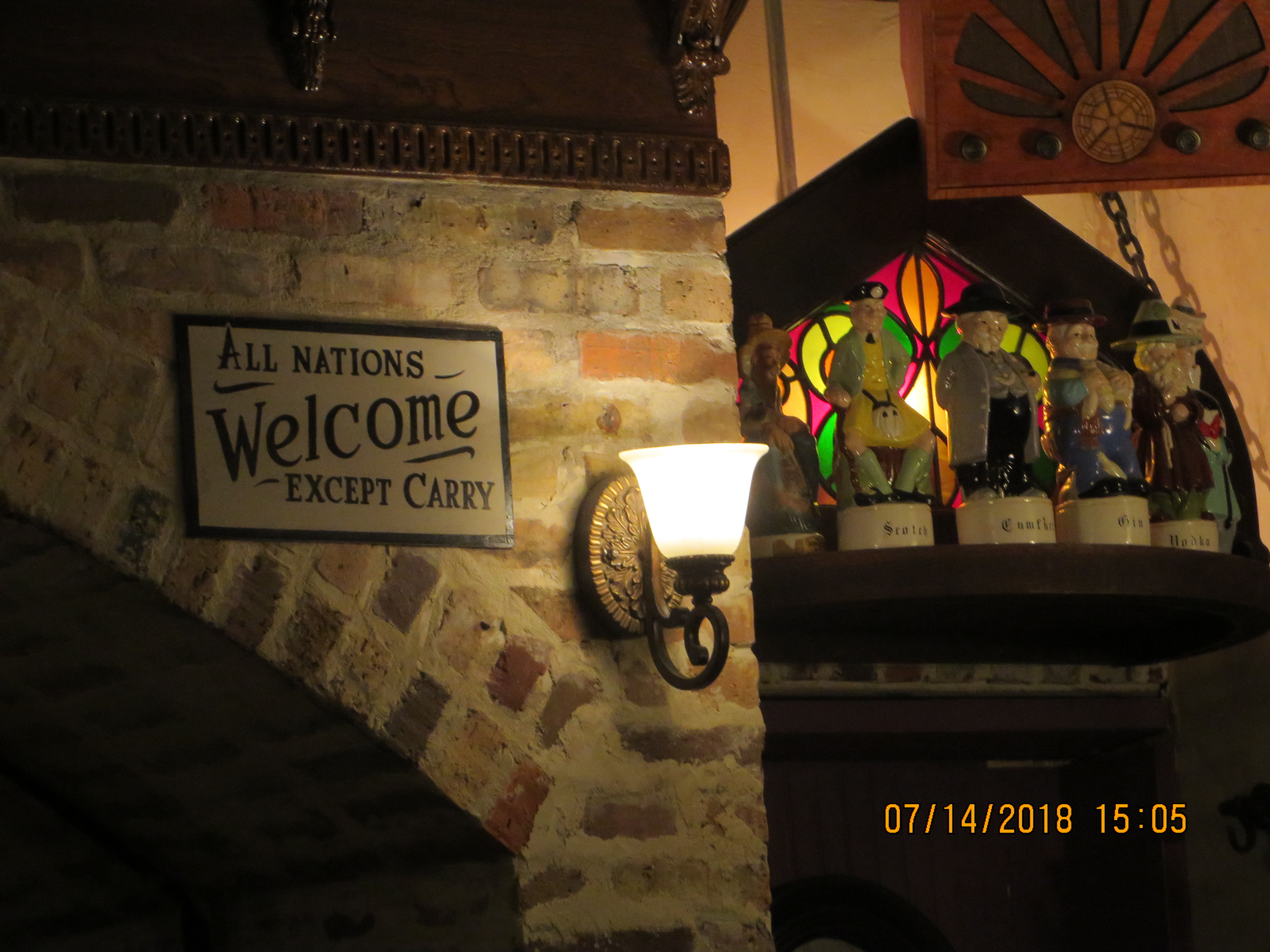 A sign in the speakeasy at the American Prohibition Museum.