The Sandwich: Let’s Be Open About It 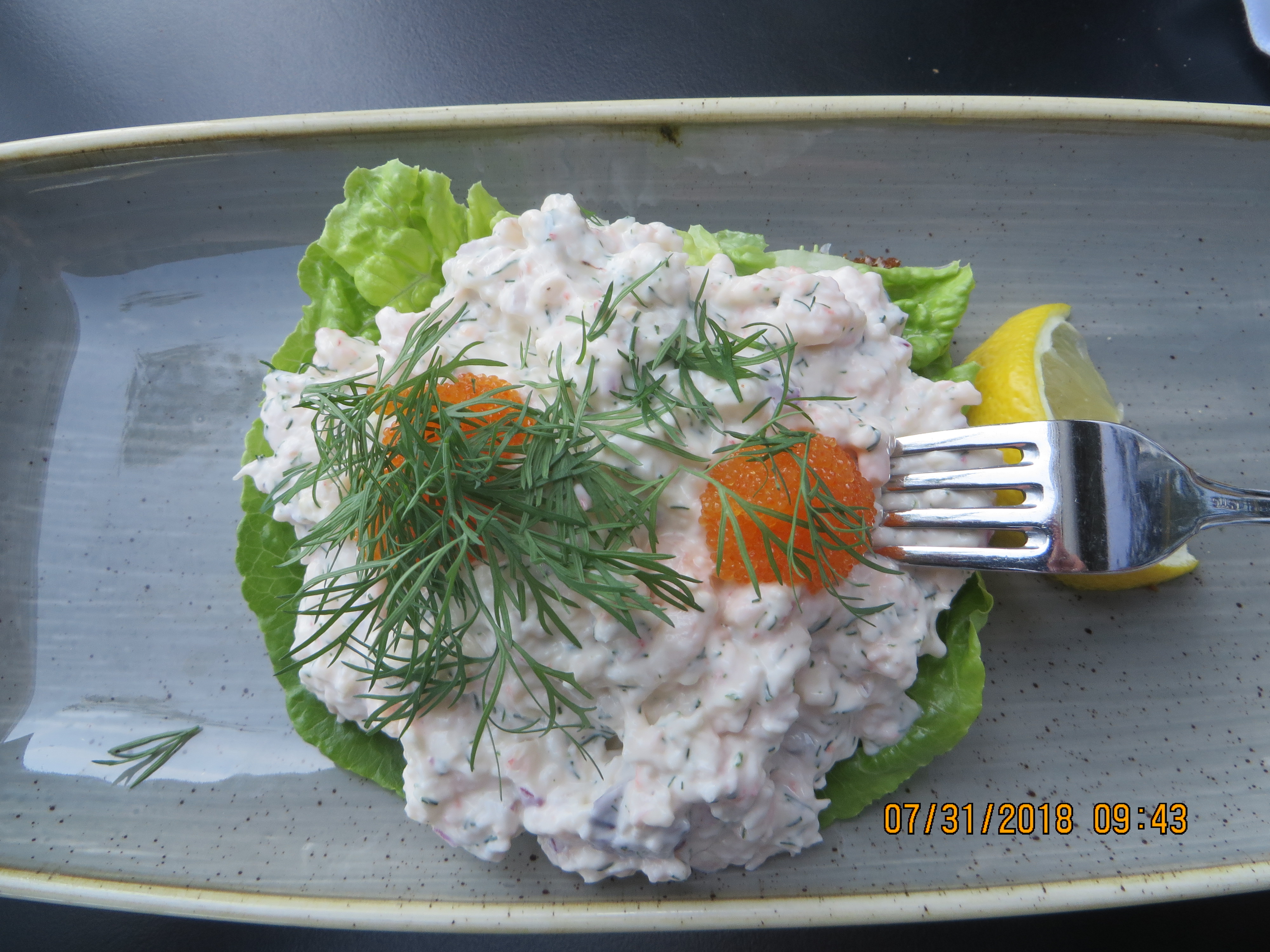 When I discovered that this cruise along the coast of Norway and above the Arctic Circle originated in Copenhagen, I was thrilled for two reasons. When we were here before, we did not have time to check out Tivoli Gardens but passed by several times. I looked longingly through the gate and I am so excited to explore this old amusement park. The other reason I nearly jumped for joy to return to Copenhagen was smorrebrod. (My iPad will not do those little lines through the “o”, so you will have to just imagine them with forward slashes through them.) It seems weird, but I can still picture our first meal in Copenhagen when we were here years ago. I remember well the incredible smorrebord we enjoyed. And, to be honest, there really aren’t alot of sandwiches I recall fondly. I’ll admit that I am not the kind of person who gets giddy about a sandwich. I normally go for months without putting anything between two slices of bread unless I am making a sandwich for one of my boys. But these sandwiches are not yo mamma’s PB&J or balony sammich. They are works of art. Culinary art, if you will. Everywhere you go in Denmark, you will see these open-faced sandwiches and they are beauties. You will find them in cafes as well as specialty restaurants that serve very elaborate, chef inspired versions. It’s guaranteed that you won’t even get out of Kastrup, the Copenhagen airport, without seeing smorrebrod on display at every turn. These sandwiches have even spurred a revolution in the lunchbox design business since they don’t travel very well in a regular sandwich baggie; they inspired the design of their very own unique take-out box. 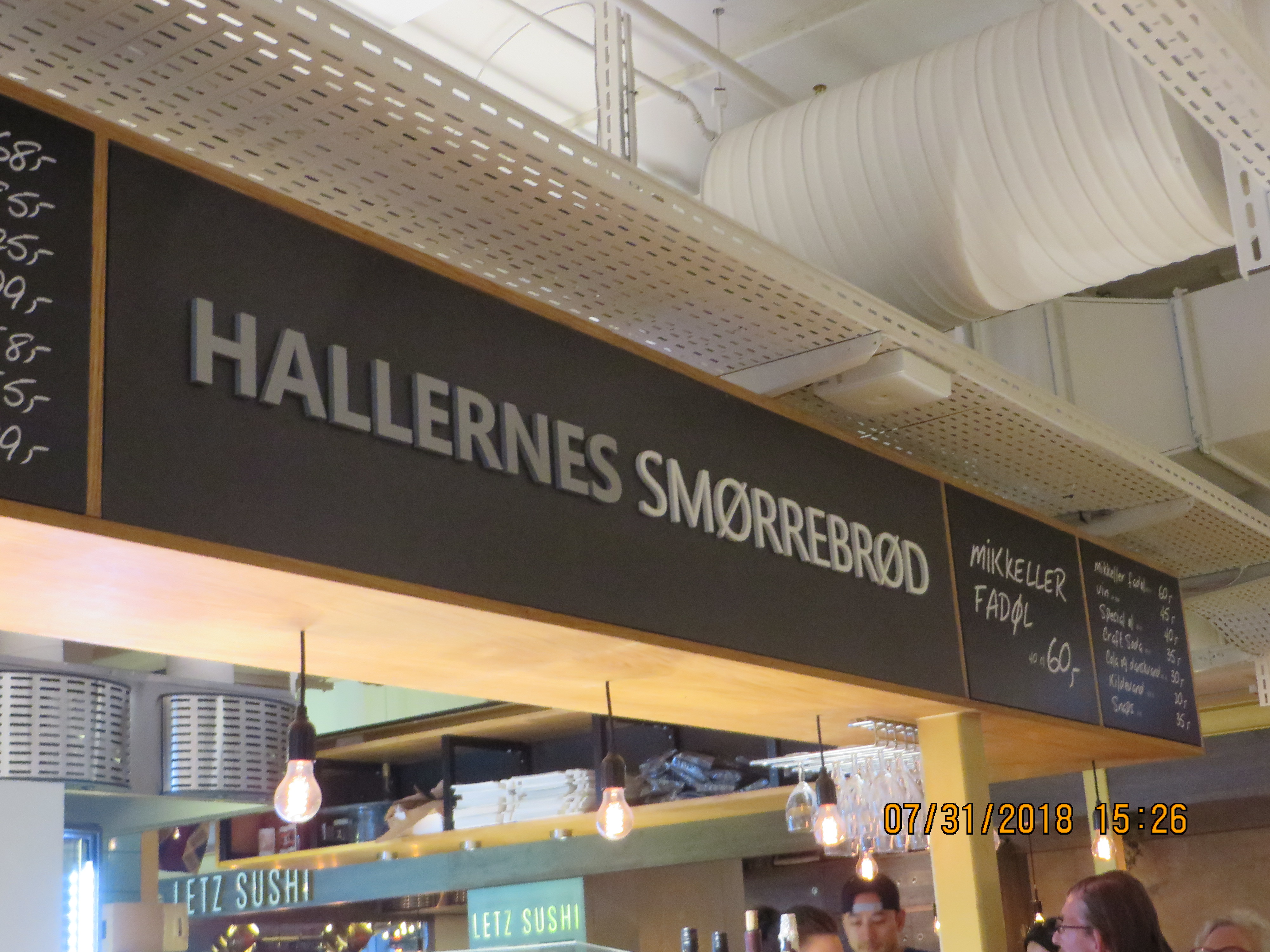 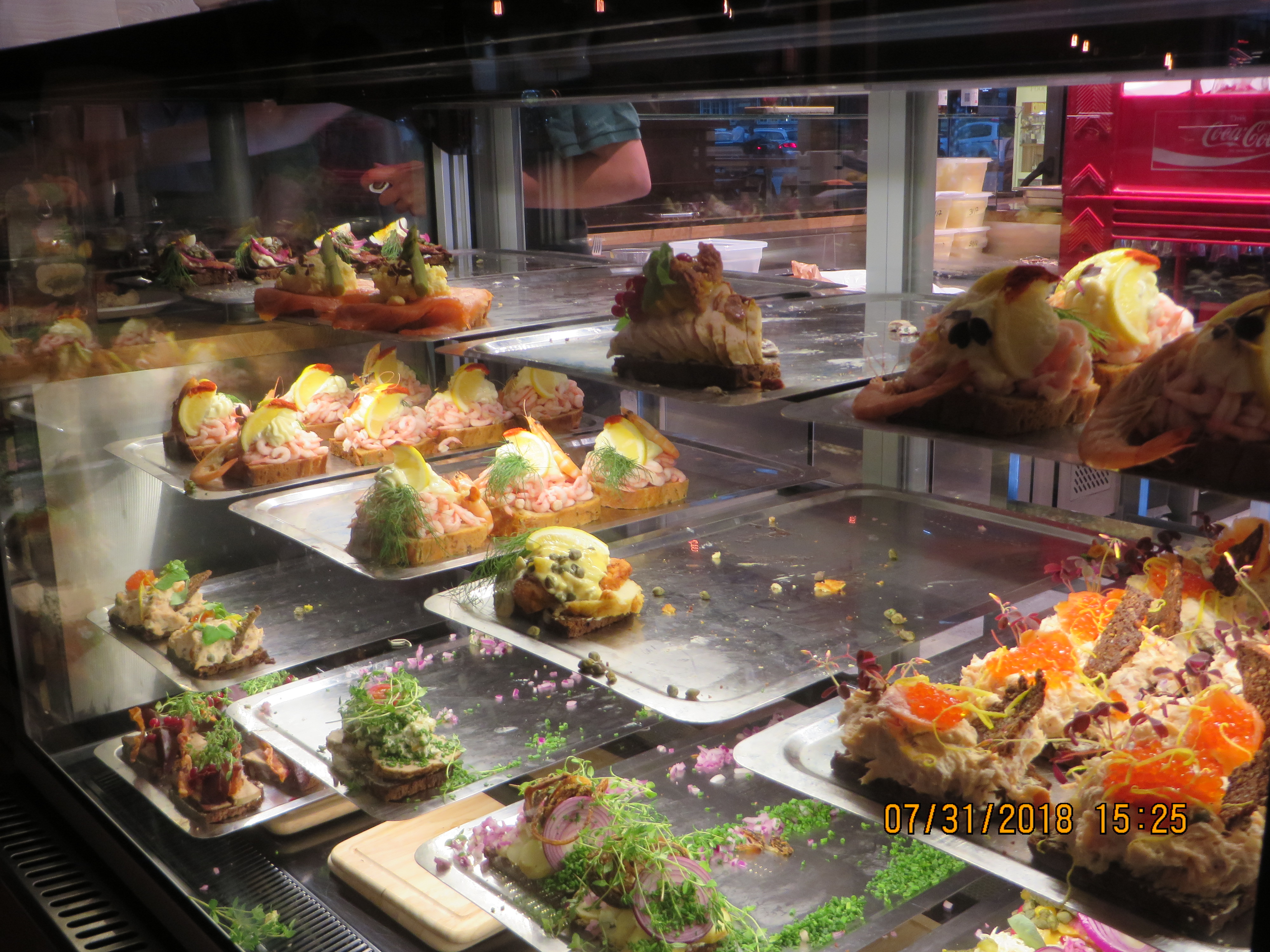 But first, let’s all practice saying the name for the national food of Denmark. Say “smuhr-broht.” Better say it a few more times to let it sink in. The name comes from the words for butter (smor) and bread (brod). Chances are very good that you will never see a smorrebrod with just those two ingredients. Those are just the foundation for the lunch of your dreams. But don’t think that you can just pile on anything willy-nilly. The Danes may be tolerant, happy, and down to earth, but there are fairly strict rules regarding their much revered sandwich. When you dive deep into the “rules,” you will find that they make sense. Without going into too much detail, suffice it to say that the rules are for your own good. Why, you might ask, is it open-faced? Well, if you use the traditional dense, sour, dark, heavily seeded rye bread, two slices would be just too much. Another word to the wise: don’t even think about toasting it because the bread will get dried out and have all the texture and taste of a slab of cardboard. Another rule – you are not supposed to be able to see the bread when your culinary masterpiece is complete. Furthermore, don’t commit the faux pas of picking up your smorrebrod and stuffing it into your piehole. This sandwich is firmly planted in knife and fork territory. 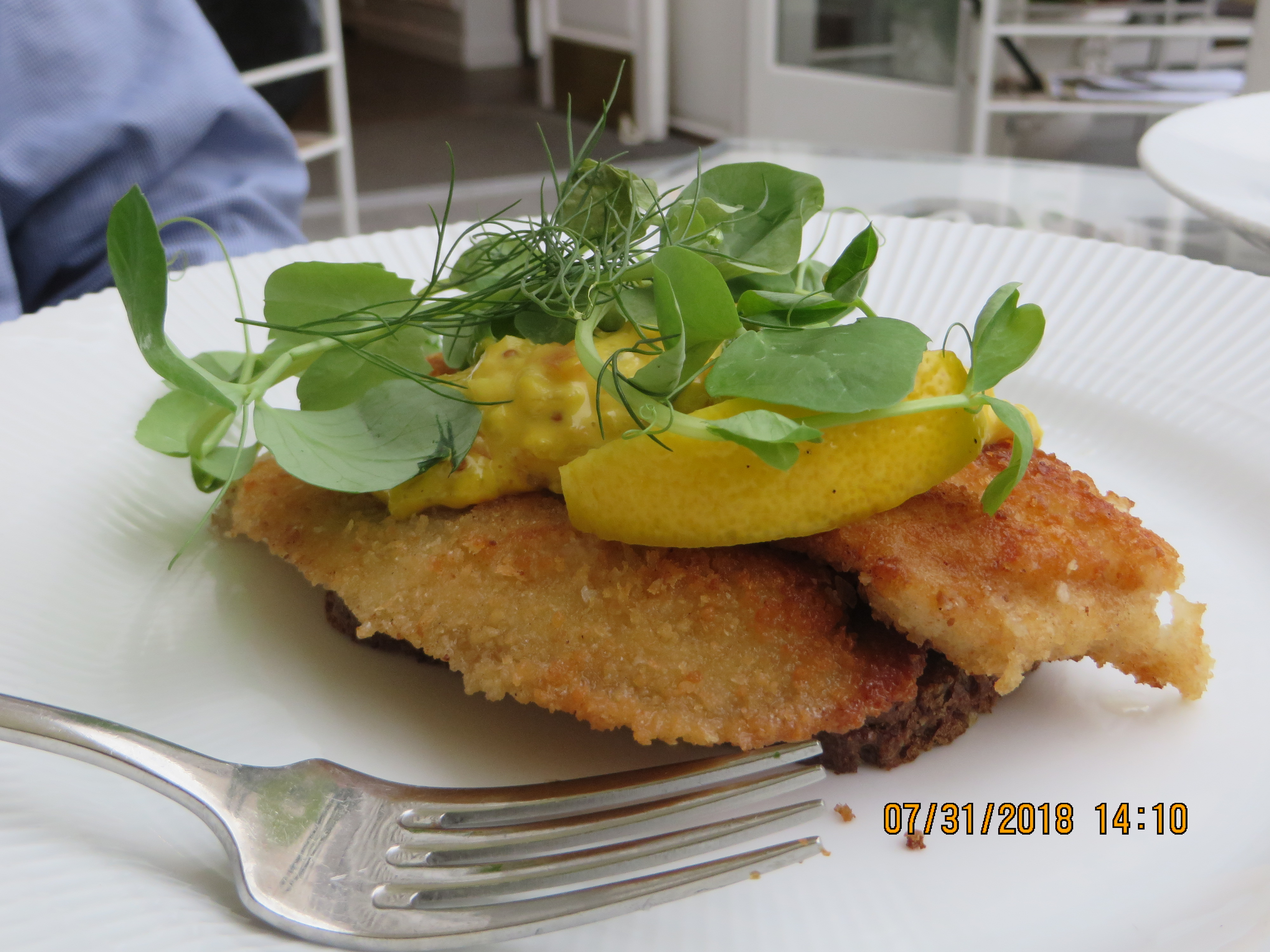 Historians disagree as to the genesis of this Danish staple. Some believe that the smorrebrod has it origins in the European Middle Ages when thick slices of stale bread served as plates for whatever was available and could be piled on the bread. The bread was originally thrown away, but it did not take long for folks to figure out that much of the juices and flavors soaking to the stale bread rendering it the best part of the meal. Others believe that the factory workers of the late 19th century started the custom (or at least cemented it into Danish tradition) when they began eating a quick lunch at the factory instead of going home for their mid-day meal. Again, they would take leftovers and pile them on bread and “eat on the hoof.” Before you dash into the kitchen and try your hand at whipping up a few smorrebrod for the family, you might want to consult the Internet or a good cookbook. Www.danishsandwich.com had a funny video you can watch as well as some very good looking recipes and tips. Pinterest is loaded with beautiful ideas, but sadly, many of them break the rule about the bread showing. With a little due diligence and prep work, anyone can turn out smorrebord that would impress even a Dane. I read somewhere that, if there were a world sandwich competition, there is little doubt that the smorrebord would win “haenderne ned” or hands down. There is little doubt that smorrebrod outshines anything John Montagu, the Fourth Earl of Sandwich, ever threw together. 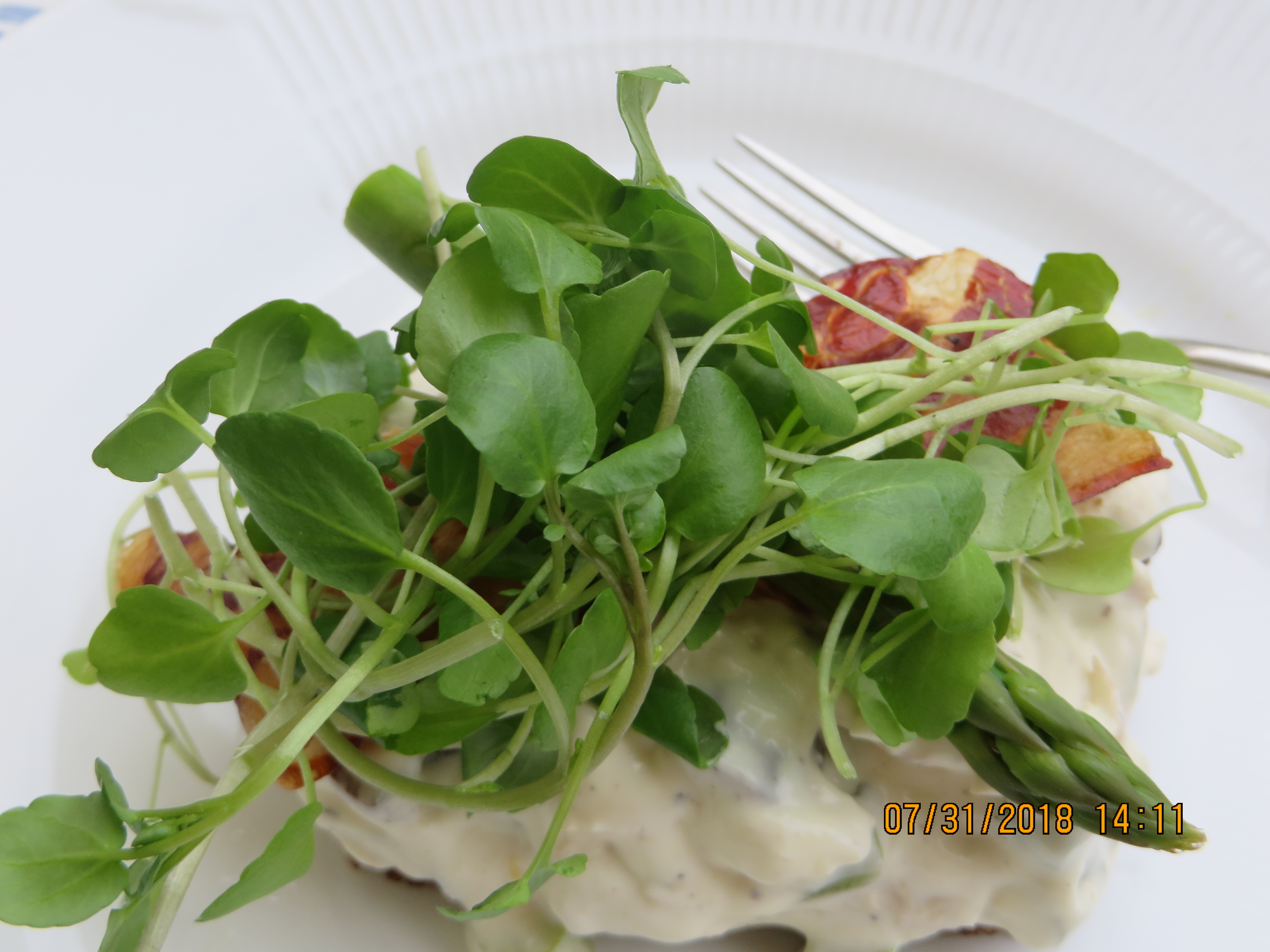 Finally, there is one more smorrebrod pro-tip you must know. The perfect beverage to accompany your edible art is a Danish-style pilsner or chilled aquavit. Remember to toast often. It is expected. Raise your glass, look everyone squarely in the eye, and say “Skol!” If you say it often and with conviction, any infraction of the smorrebord rules will probably be forgiven or at least forgotten after enough toasts. After all, surveys have concluded that the Danes are among the happiest people on the planet, so they probably will not hold a smorrebrod grudge for very long. 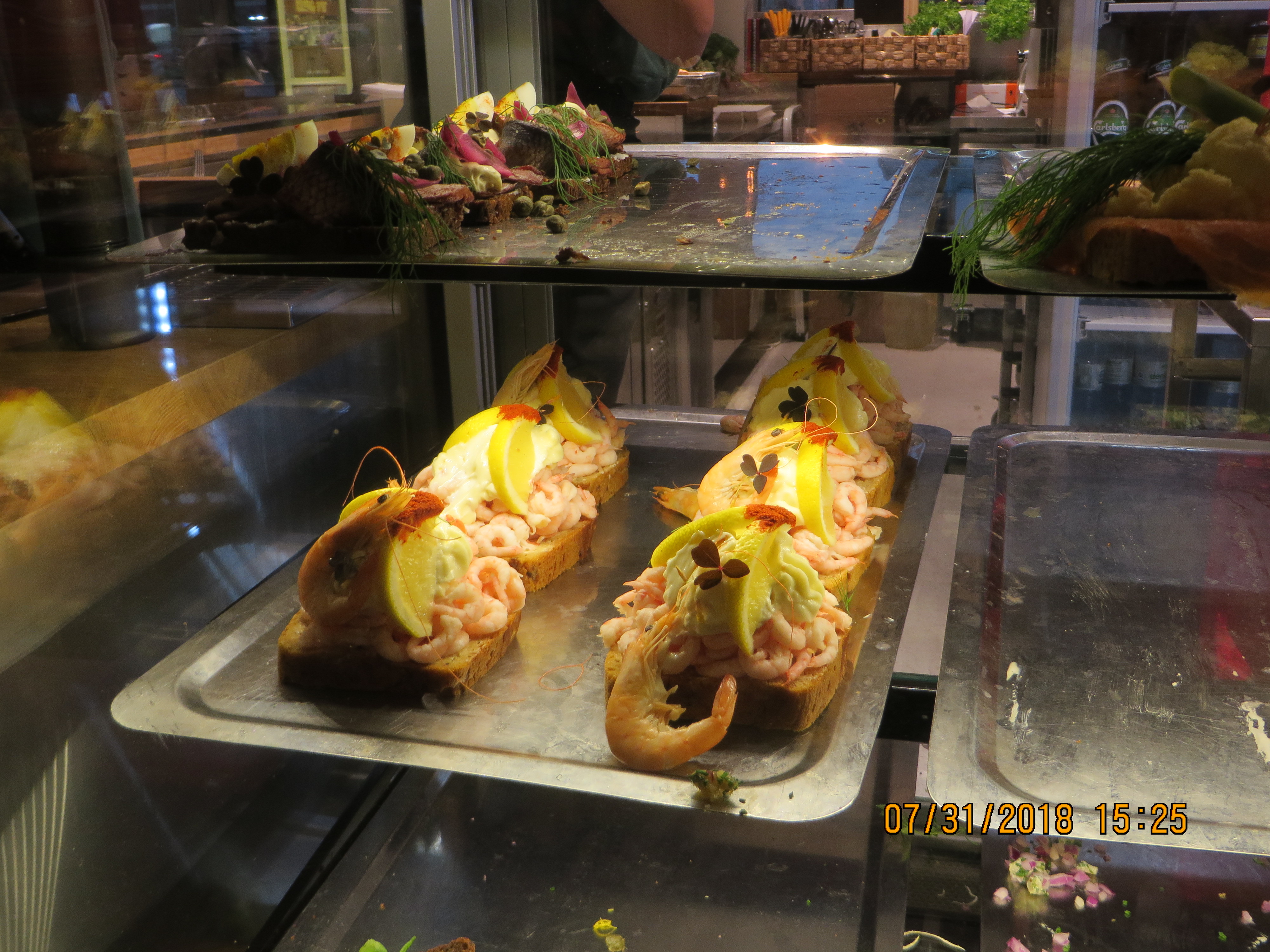 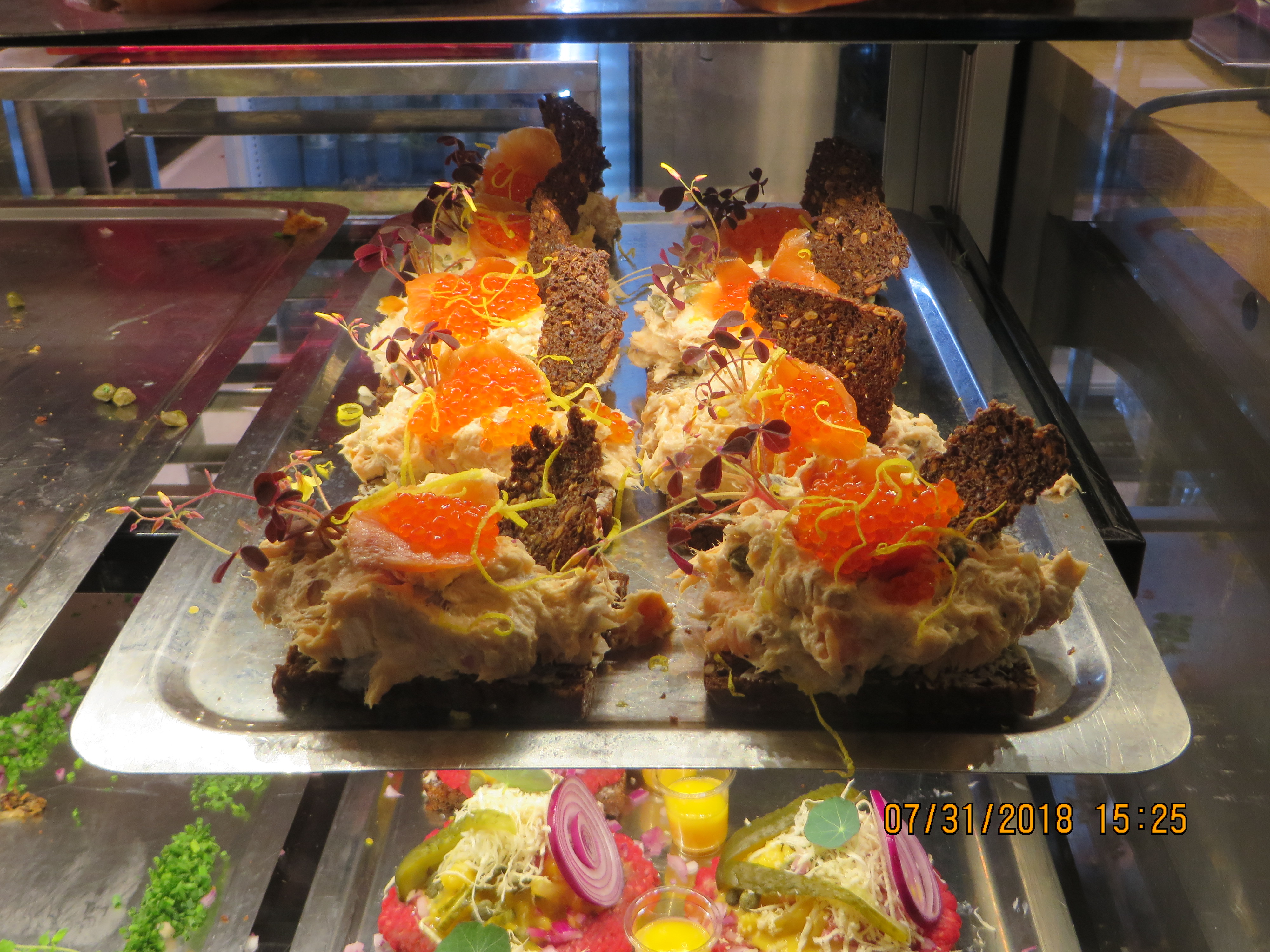