From Ashes to Art Nouveau

A mighty gale force wind was blowing the cold winter night of 23 January 1904 in Alesund, Norway when a fire broke out in the butter factory and swept through the town destroying 850 buildings in sixteen hours. Ten thousand people found themselves homeless with only the clothes on their backs. Surprisingly, only one person perished in the conflagration. It is believed that the town seamstress was trying to return to her home to get her sewing machine when she lost her life. News of the fire and the devastation left in its wake spread around the world and aid began pouring in from everywhere. One of the town’s most generous benefactors was Germany’s Kaiser Wilhelm II. The first grandchild of England’s Queen Victoria and Prince Albert, Wilhelm had often vacationed in the Sunnmore district, and when he learned of the tragedy, he sent four warships full of building materials, food and medical supplies, and personnel to aid in the immediate recovery efforts. The town was so grateful that they named one of the main thoroughfares after the German emperor.

Many Norwegian architects and master builders came together to rebuild the town quickly. Art Nouveau was all the rage in art and architecture the world over, and it was decided to embrace the style using stone, brick, and mortar, eschewing wood as much as possible to lessen the risk of another devastating fire. The Nordic countries each lent their own interpretation to the style and it was generally referred to as Jugendstil in that part of the world.  A revival of the Viking influence came into play with the Norwegian style of Jugendstil. The result is a lovely town with unusually consistent architecture in the city center. It is amazing to see so many turrets and spires and all that Art Nouveau stuff way up here in Norway. I guess I expect it in Paris, but not so much here. The beautiful old pharmacy, or apotekergt, serves as a museum, a national center of Art Nouveau, and a tourist information center complete with a cafe and souvenir shop. We stopped in just to admire the perfectly restored building. Below are some photos. 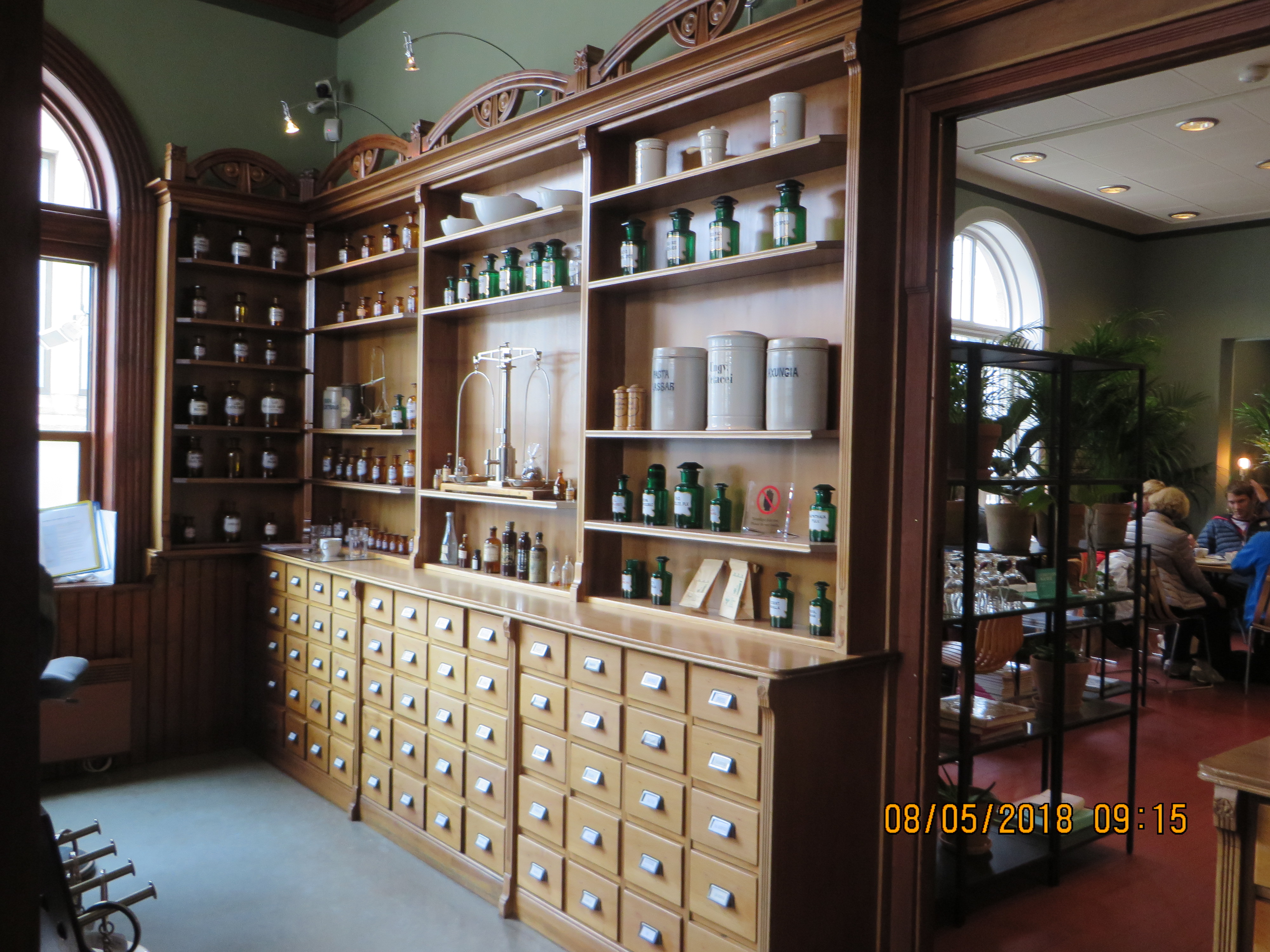 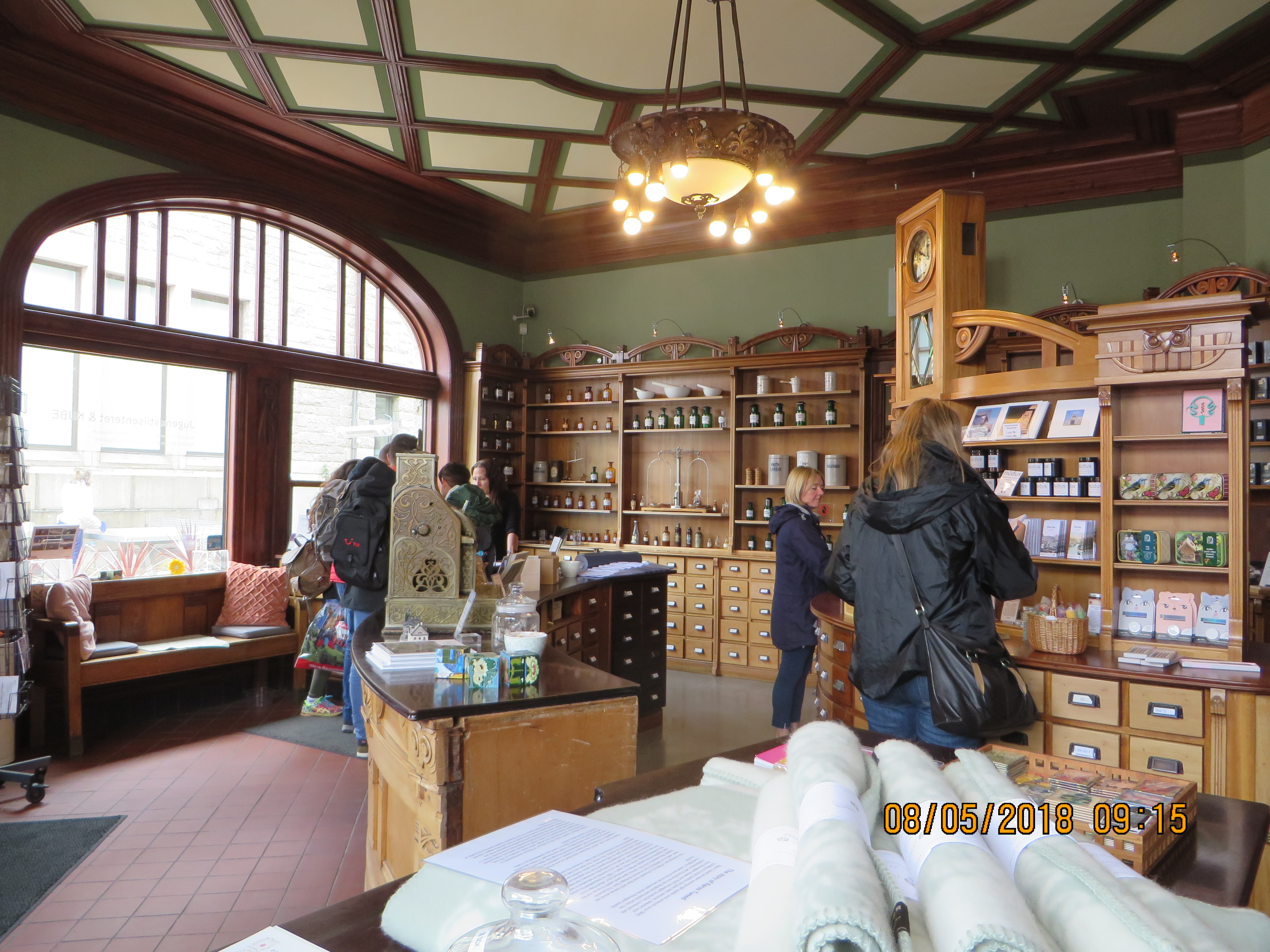 Each year just after 2:00 AM on 23 January, fire enthusiasts meet and retrace the path of the great conflagration. (How do you admit to this?? Does that make you a pyromaniac? Maybe we will just call them history buffs.) They end their walk at the monument marking the spot where the fire burned itself out. I am not sure why they do this. Maybe to bring the city’s history alive for younger generations.

I feel that I must now readily admit to my architectural faux pas. When I first heard of Alesund, I immediately thought, “Amazing! The exact same thing happened in Napier, New Zealand!” Wrong! Napier was severely damaged in 1931 by an earthquake measuring 7.8, and the town was rebuilt in the Art Deco style. Whatever, I do believe that it is safe to say that the manner in which both cities came back after total devastation was due to yet another force of nature, that force wrought by the indefatigable spirit of humans to survive and prosper. 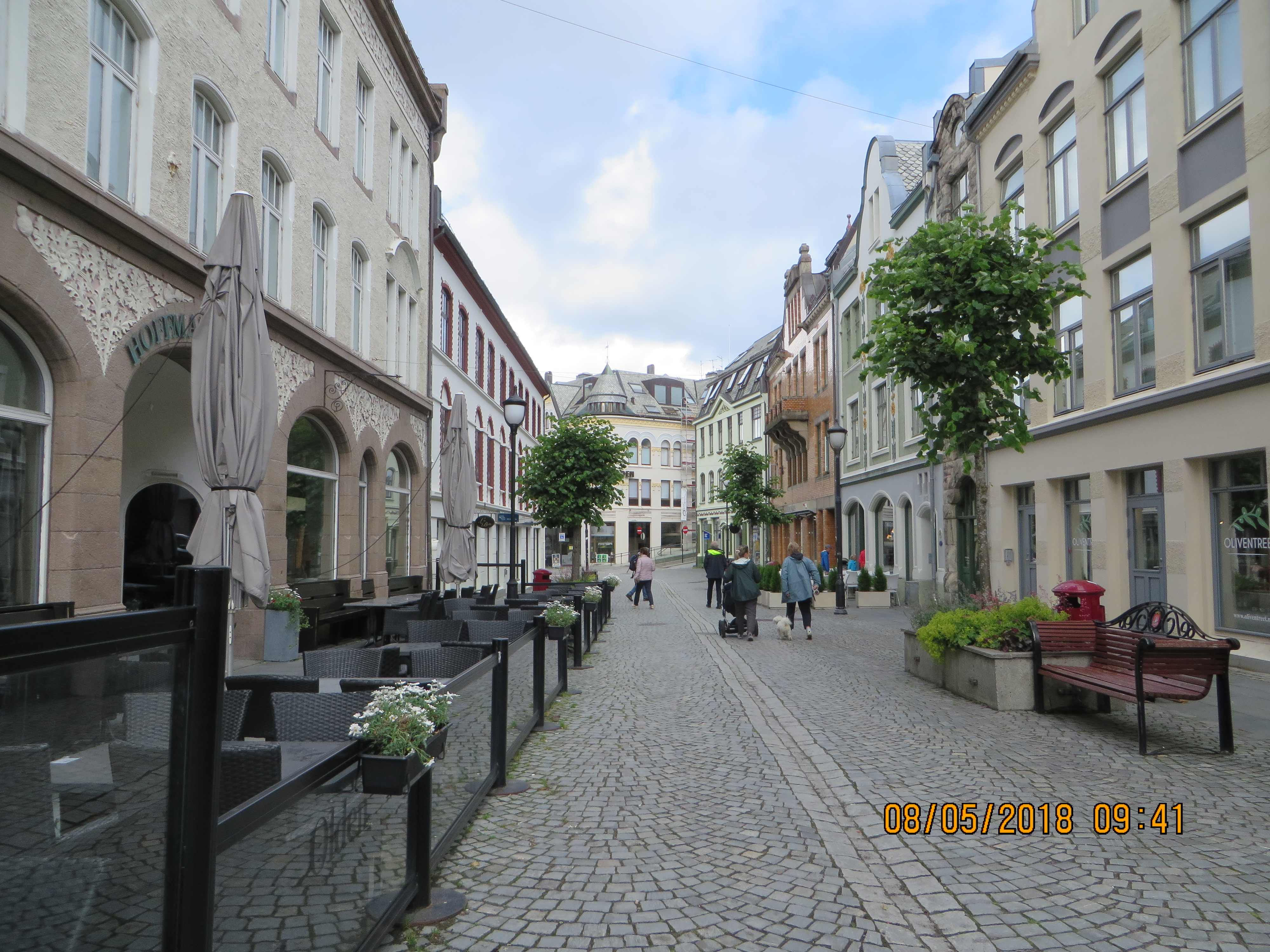 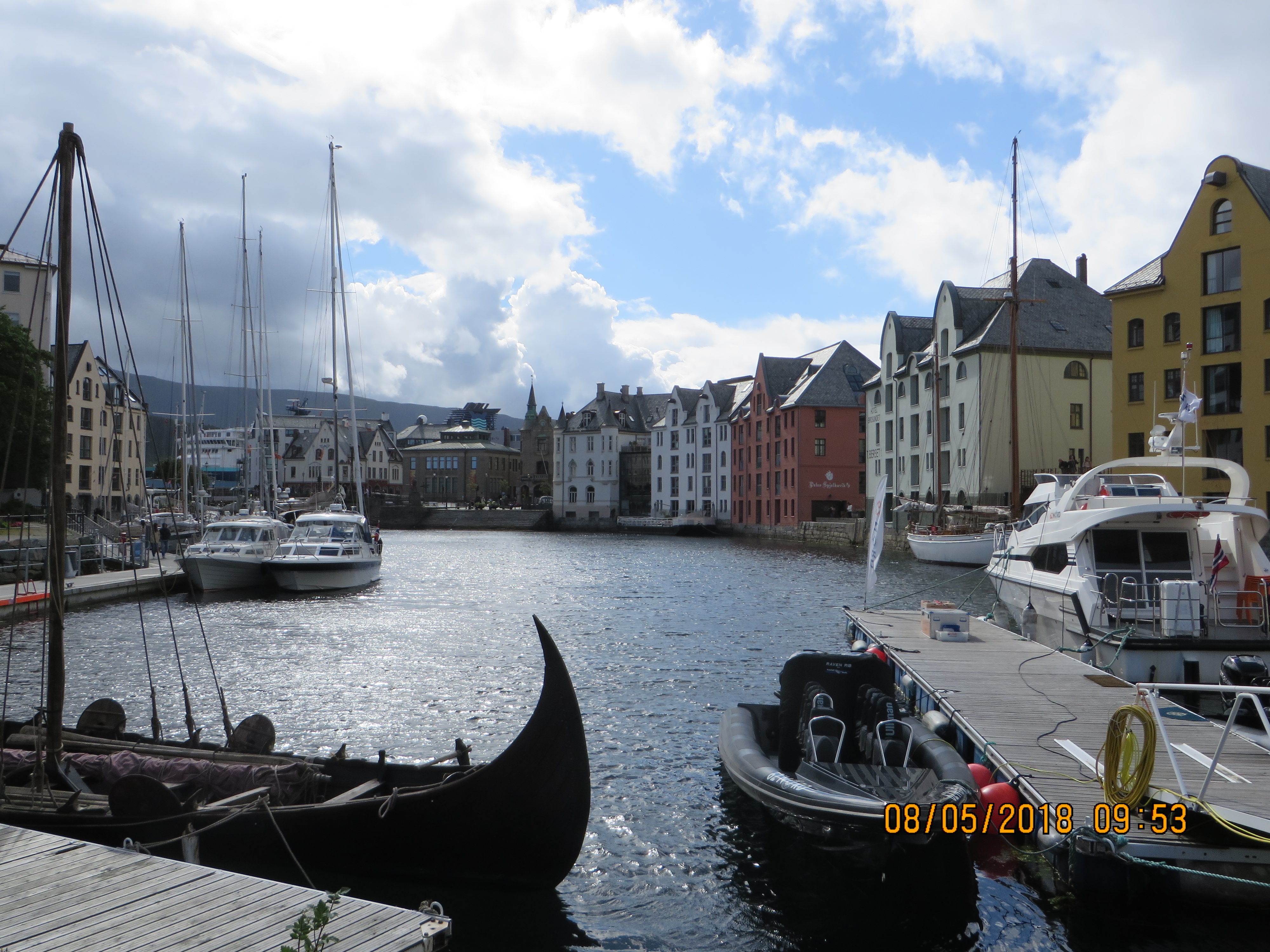 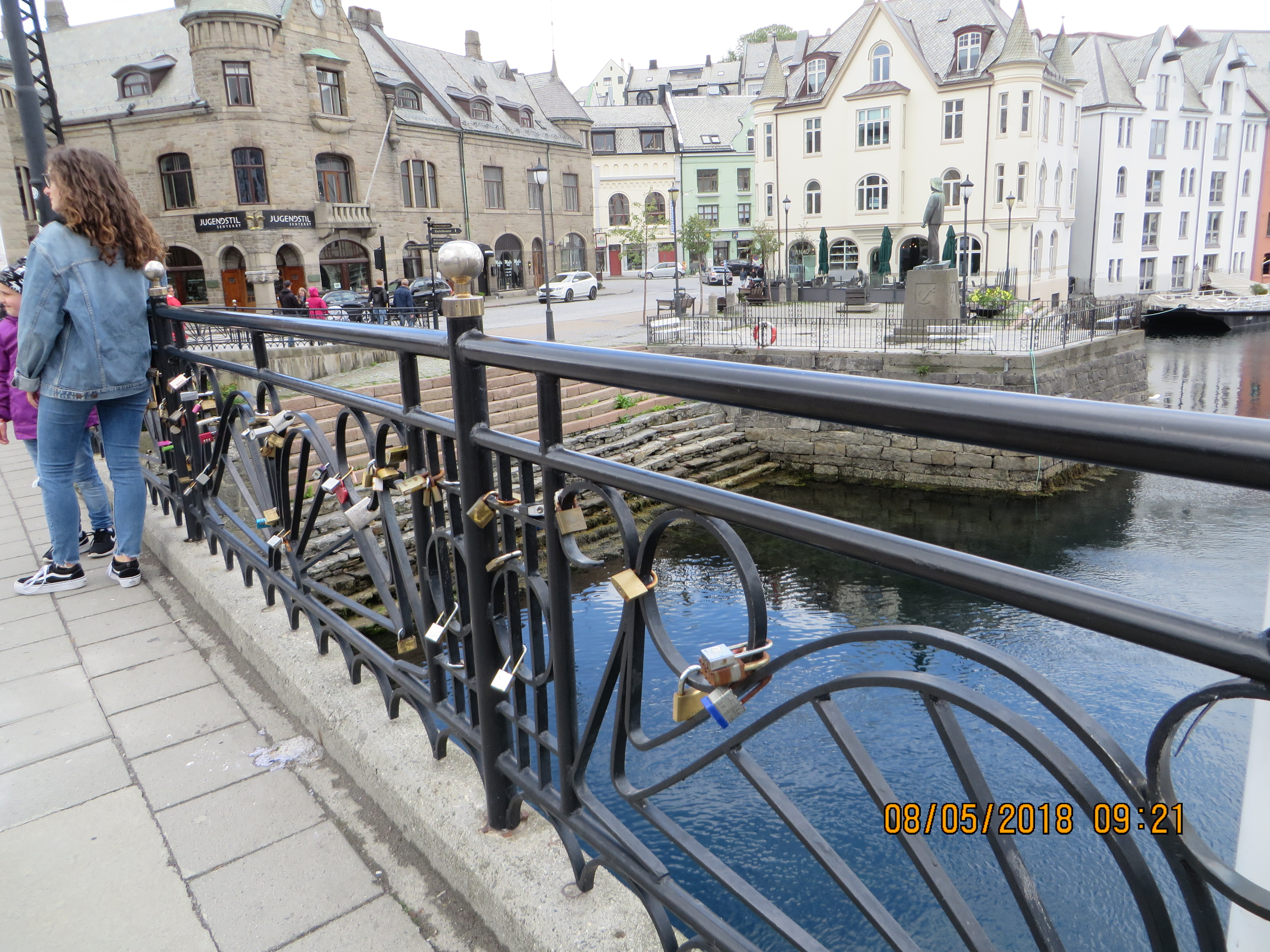 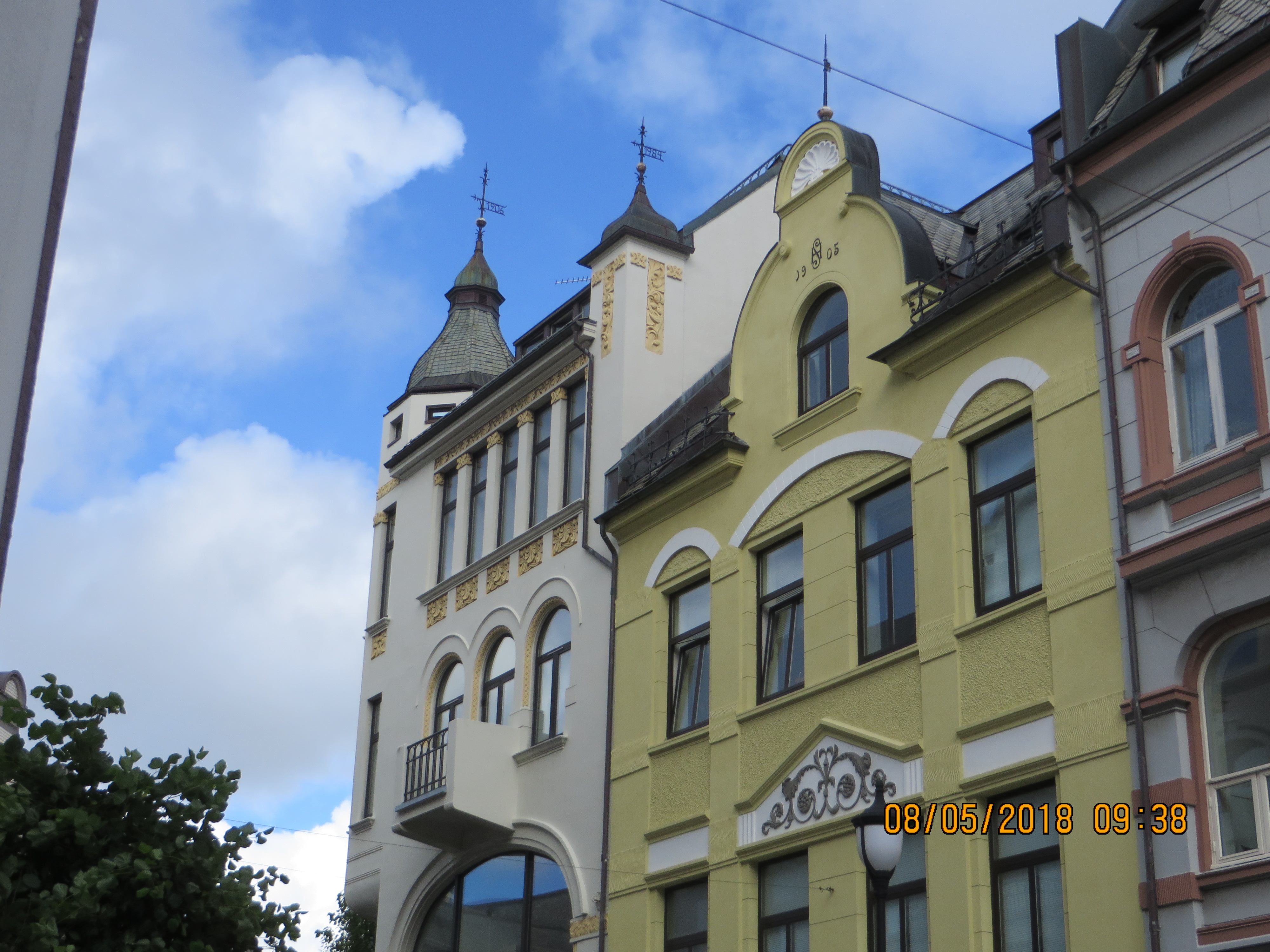