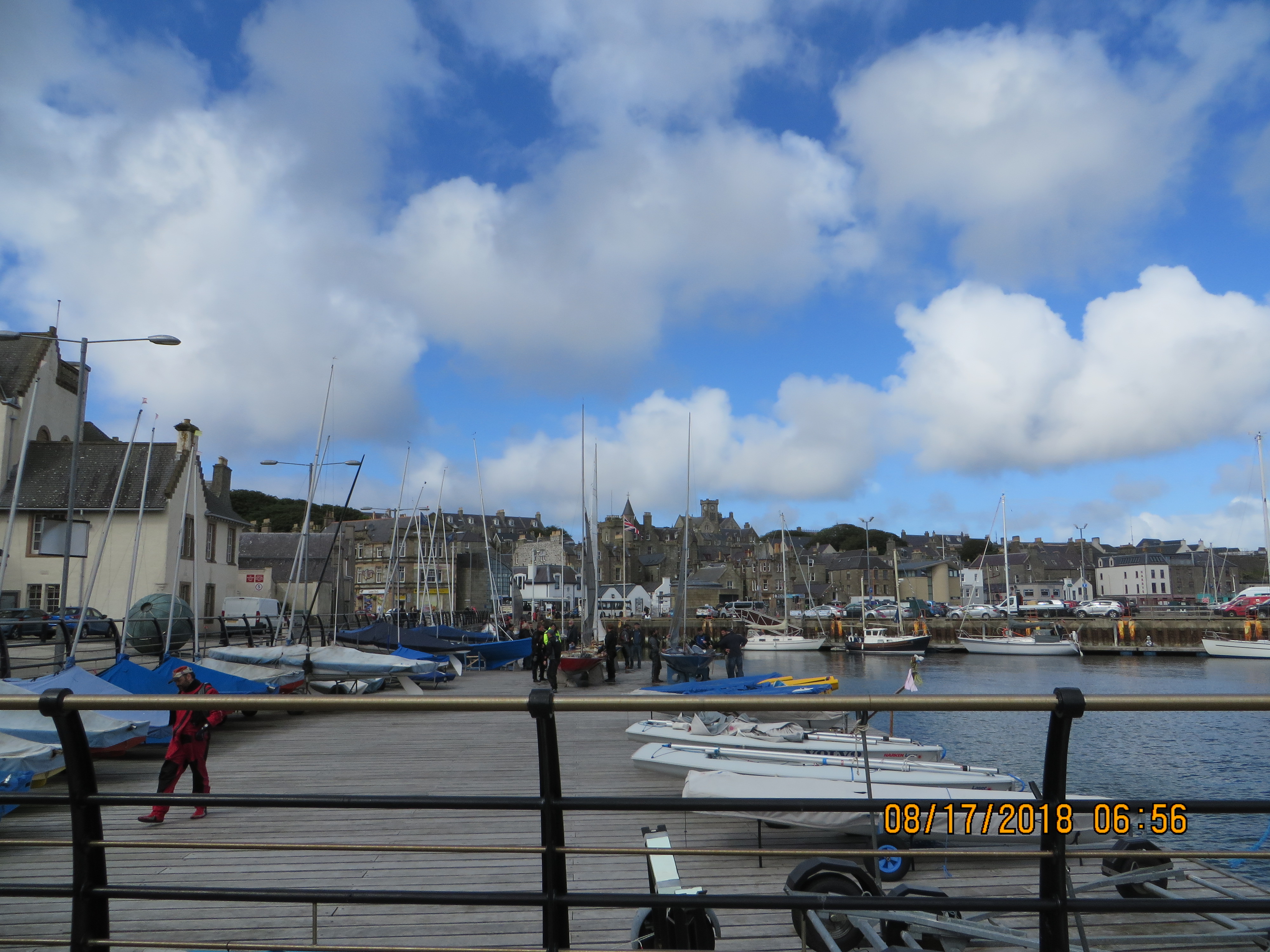 It was a classic conrundrum. We could not decide. At the last minute, we went with Perez. We so enjoyed the BBC One series, Shetland and we really wanted to see Jimmy’s house, not to mention the entire town of Lerwick. Jimmy’s house looked incredible on the show for good reason. It may be old, but it is still some prime real estate if you don’t mind living on a wind-blown outpost of a rather obscure archipelago of Scotland. Home to around seven thousand, Lerwick is the only town in the Shetland Islands. We wanted to see the streets and hang-outs of Lerwick where Tosh and Jimmy might be found on any given afternoon or evening seeking clues to solve the latest crime mystery. It was an odd sort of deja vu walking the streets of Lerwick. We had been there before if only through the lens of a television camera. 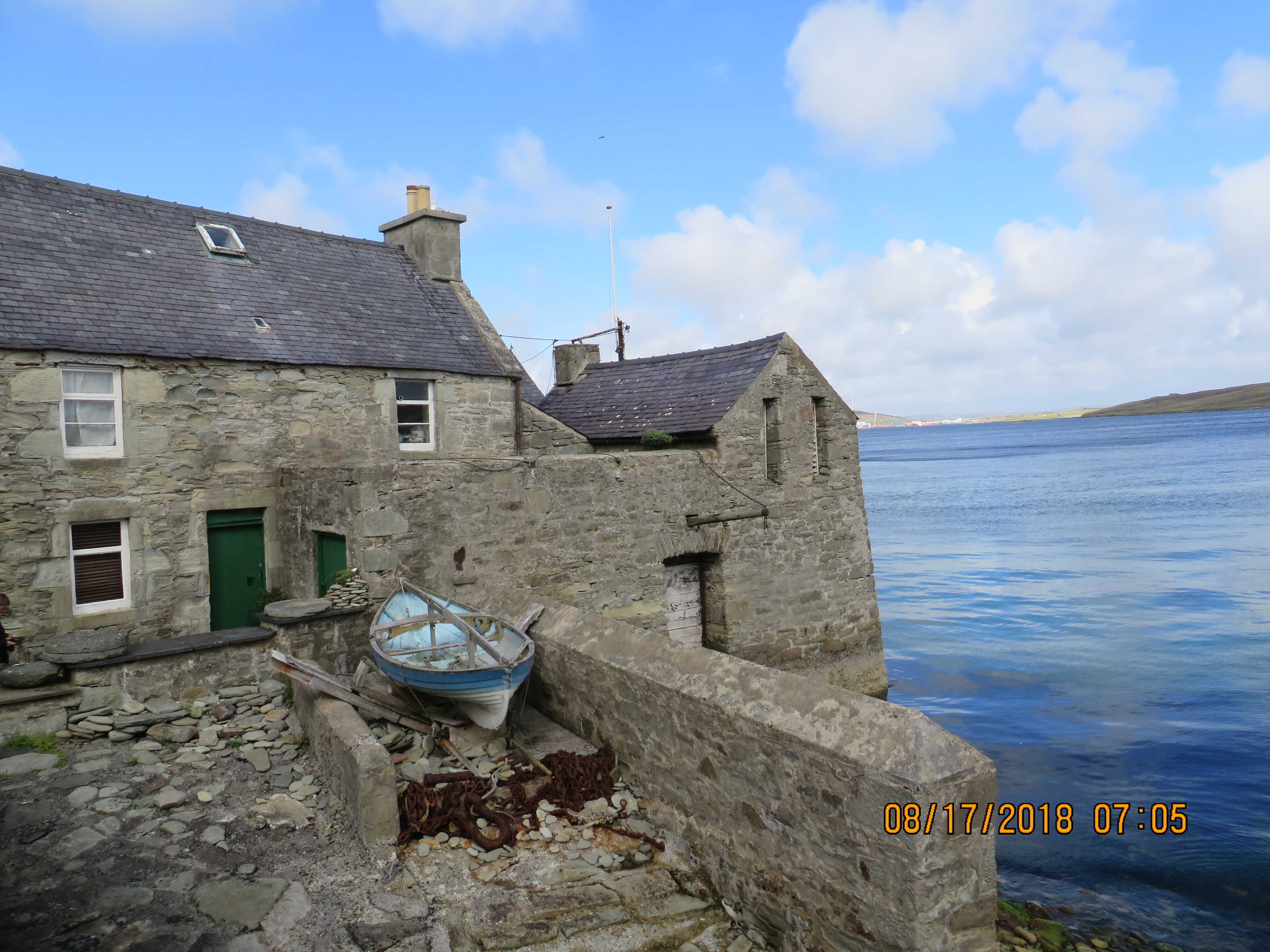 We also wanted to see the world famous Shetland ponies. I was hoping that there might be a random pony hanging out in a park downtown. Well, this seems like the perfect opportunity to invoke the classic phrase, “If wishes were horses, beggars would ride.” Beggars didn’t ride yesterday; there were no ponies in downtown Lerwick. But, on the bright side, at least we were not scammed like the people who went to the zoo in Cairo recently and noticed that the zebra’s stripes were smudged. Turns out that some genius at the zoo tried to turn an ordinary donkey into a zebra, but rain or humidity revealed the ruse. Speaking of weather, Friday was beautiful! We had not one drop of rain and the sky was blue. Without a doubt, it was the prettiest day since we left home. 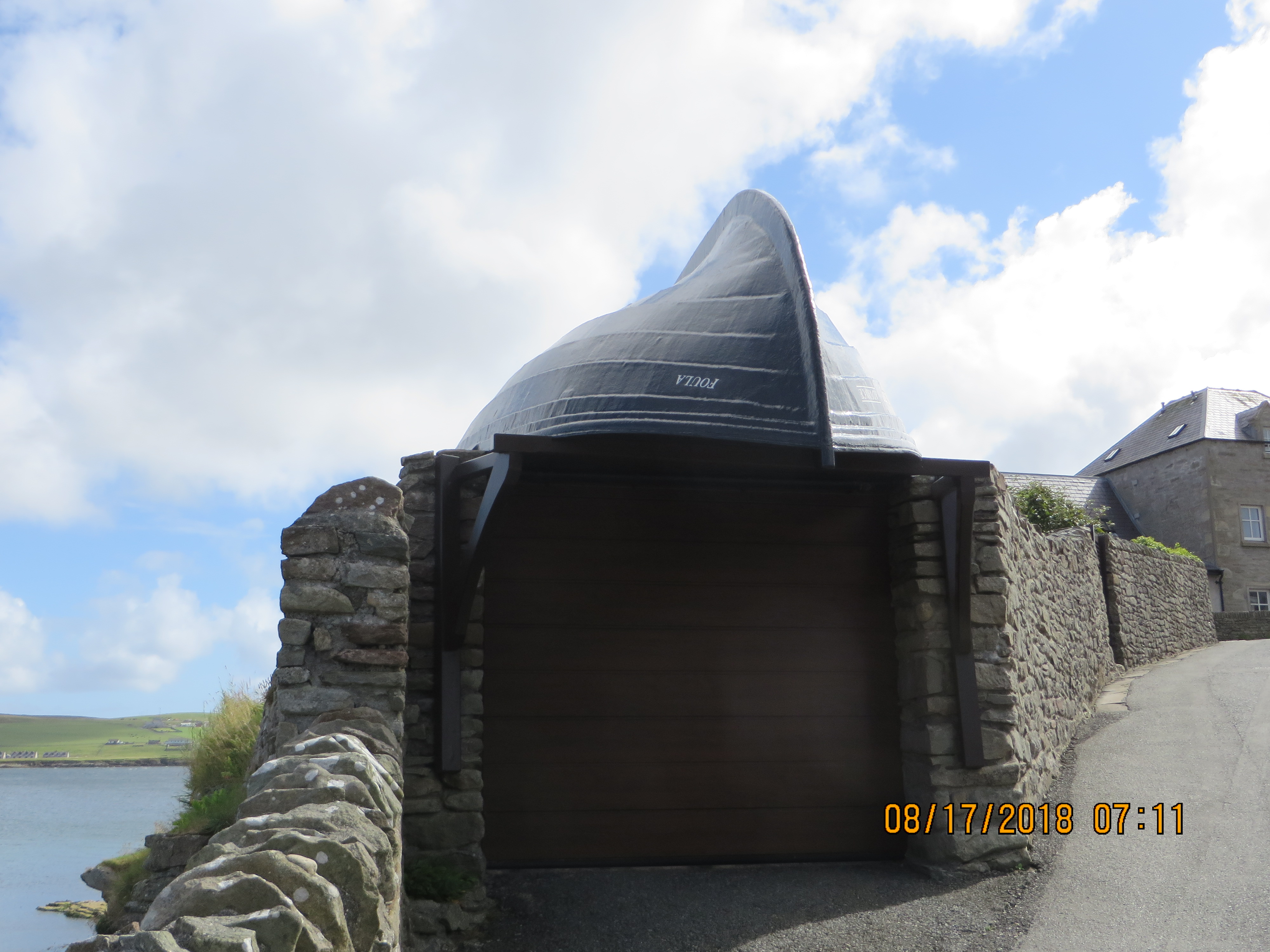 This boat used to deliver mail to the island of Foula. It was given a fantastic reincarnation!

We enjoyed popping into shops and checking out the woolens, although we know we have no use for wool sweaters back home. It was fun to listen to the locals talk. Shetland was given to Scotland ages ago to pay off some debt, so the culture here is the result of the collision of Scotland and Scandinavia with a healthy scoop of Viking stirred in, which is why the locals speak a version of English that is foreign to us. Oddly enough, the only time we have ever used closed captioning on our television was when we watched Shetland. Someone in our group on the walking tour said that another season of the program is in production, so maybe we will get to see those famous ponies yet, if only on TV. We will stay tuned. 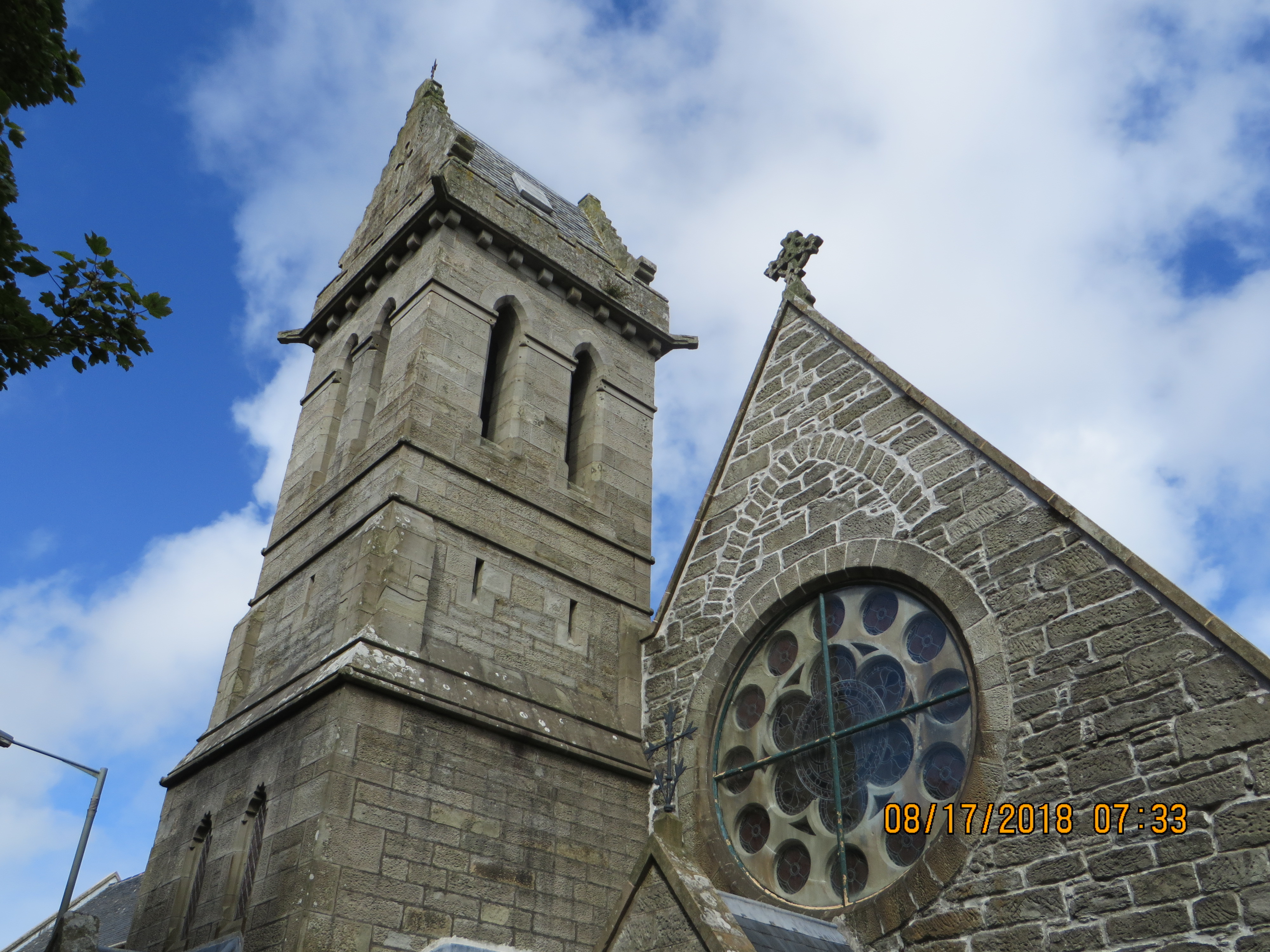 More beautiful photos from around town. 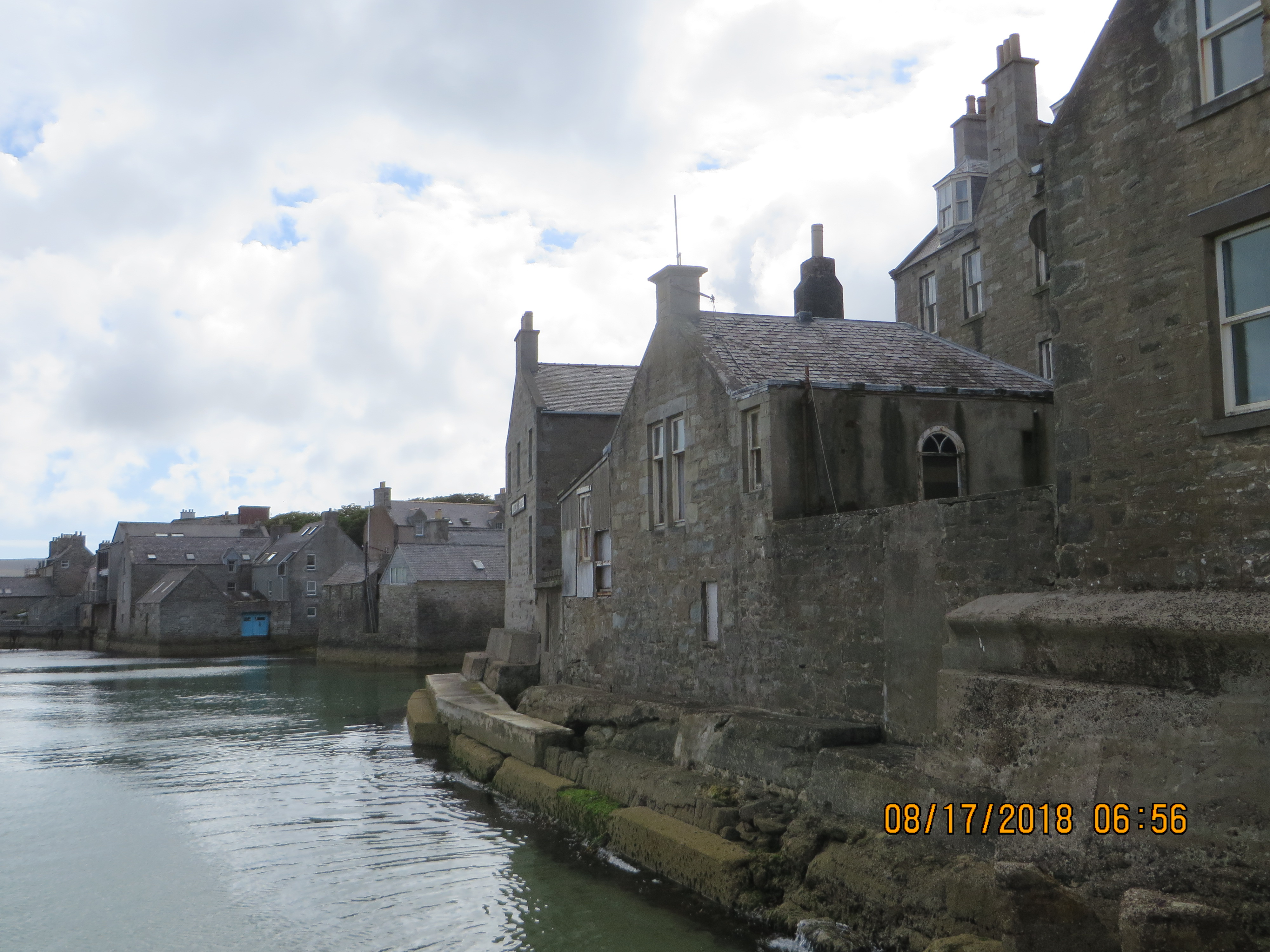 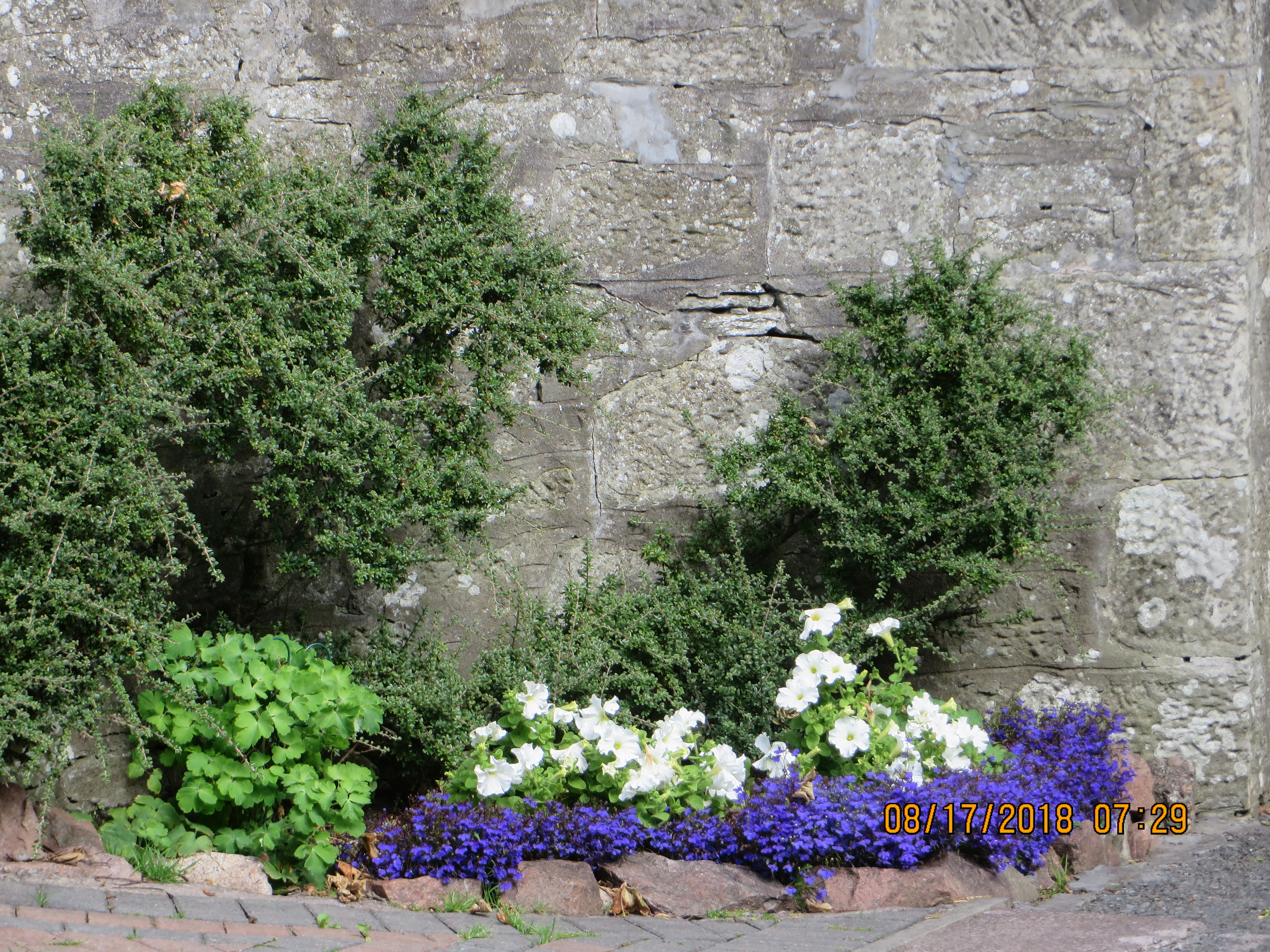 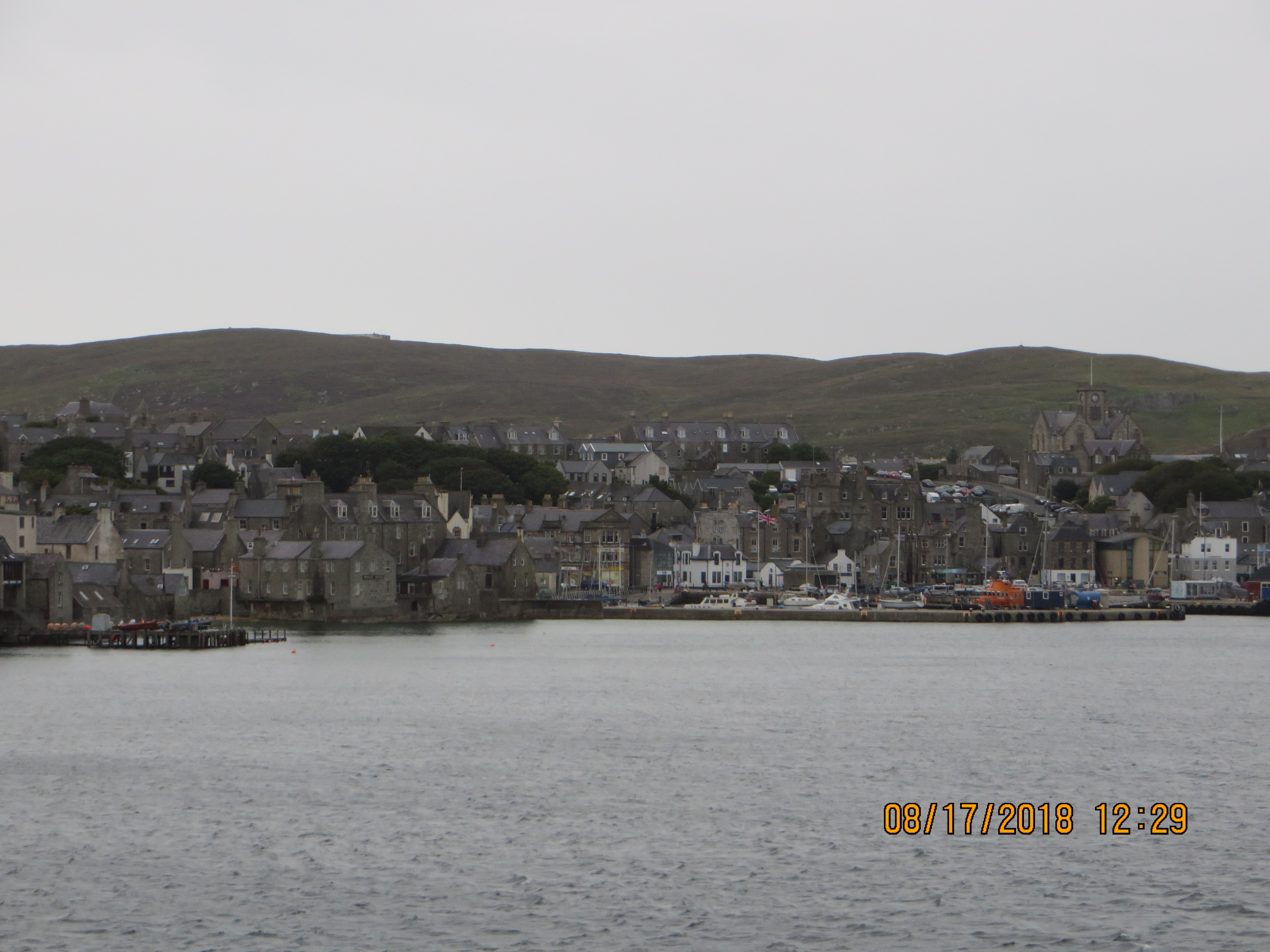 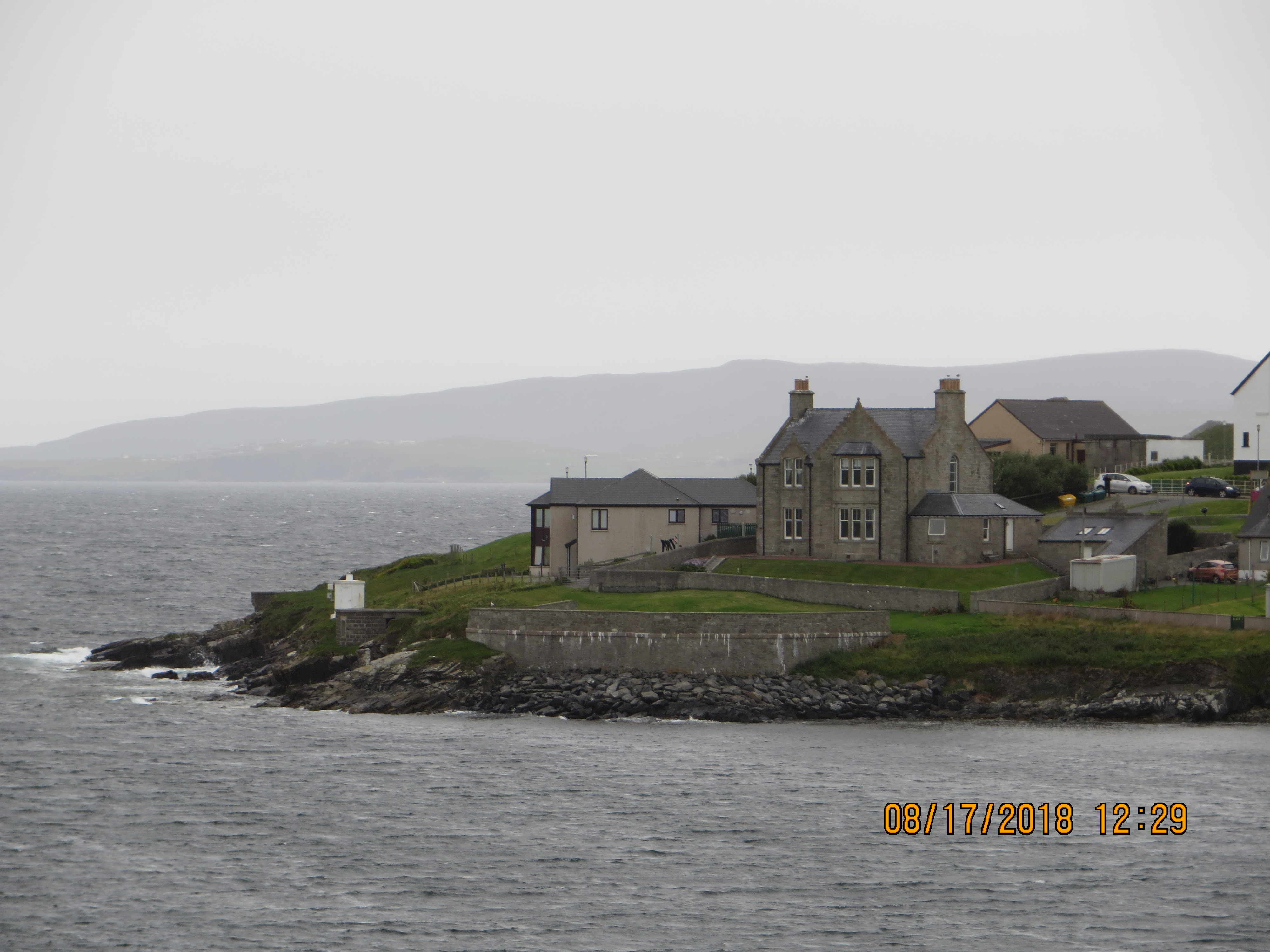