The Birthplace of Golf 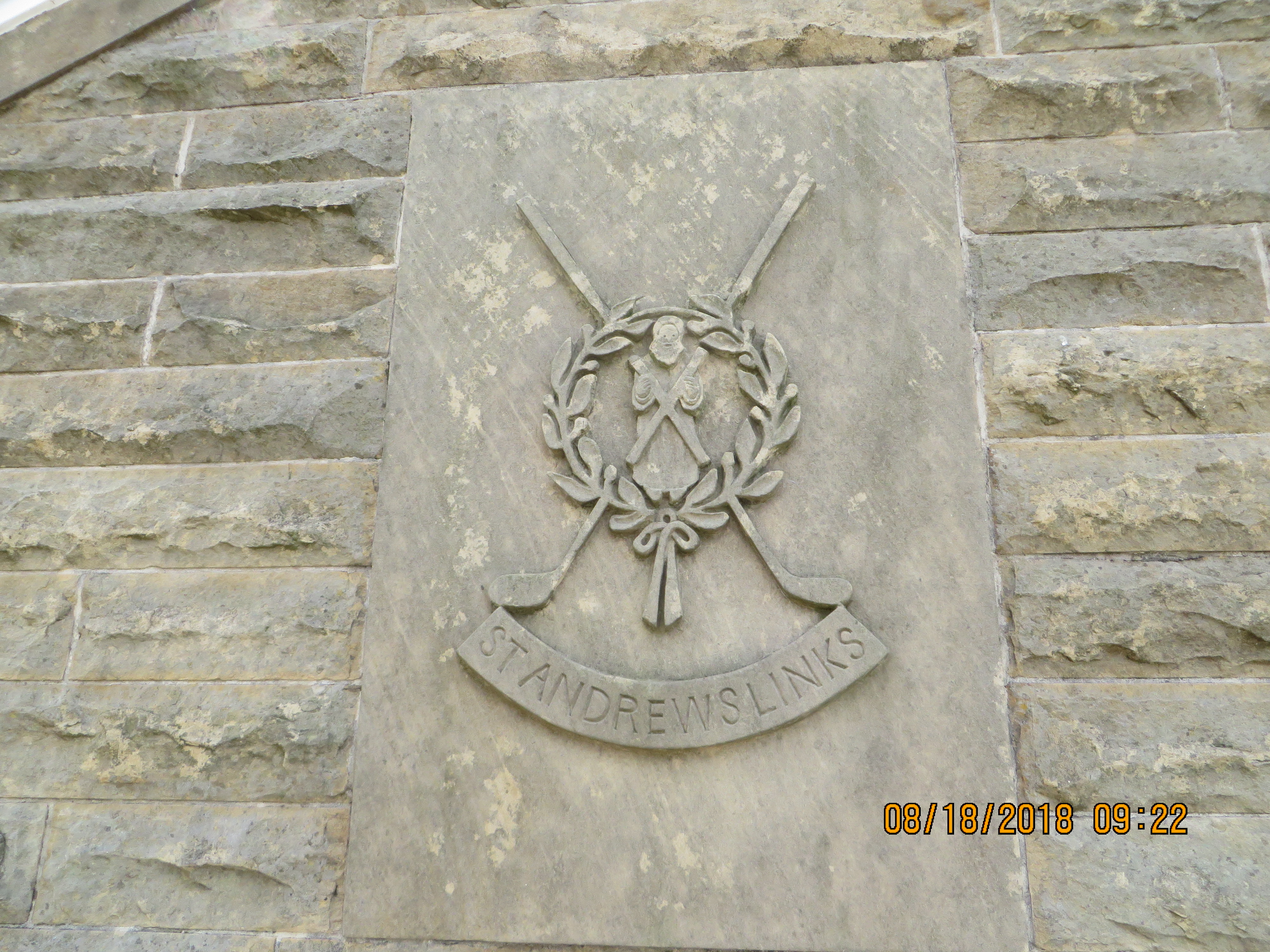 “This is the origin of the game, golf in its purist form, and it’s still played that way on a course seemingly untouched by time. Every time I play here, it reminds me that this is still a game.” —Arnold Palmer on the Old Course at St. Andrews 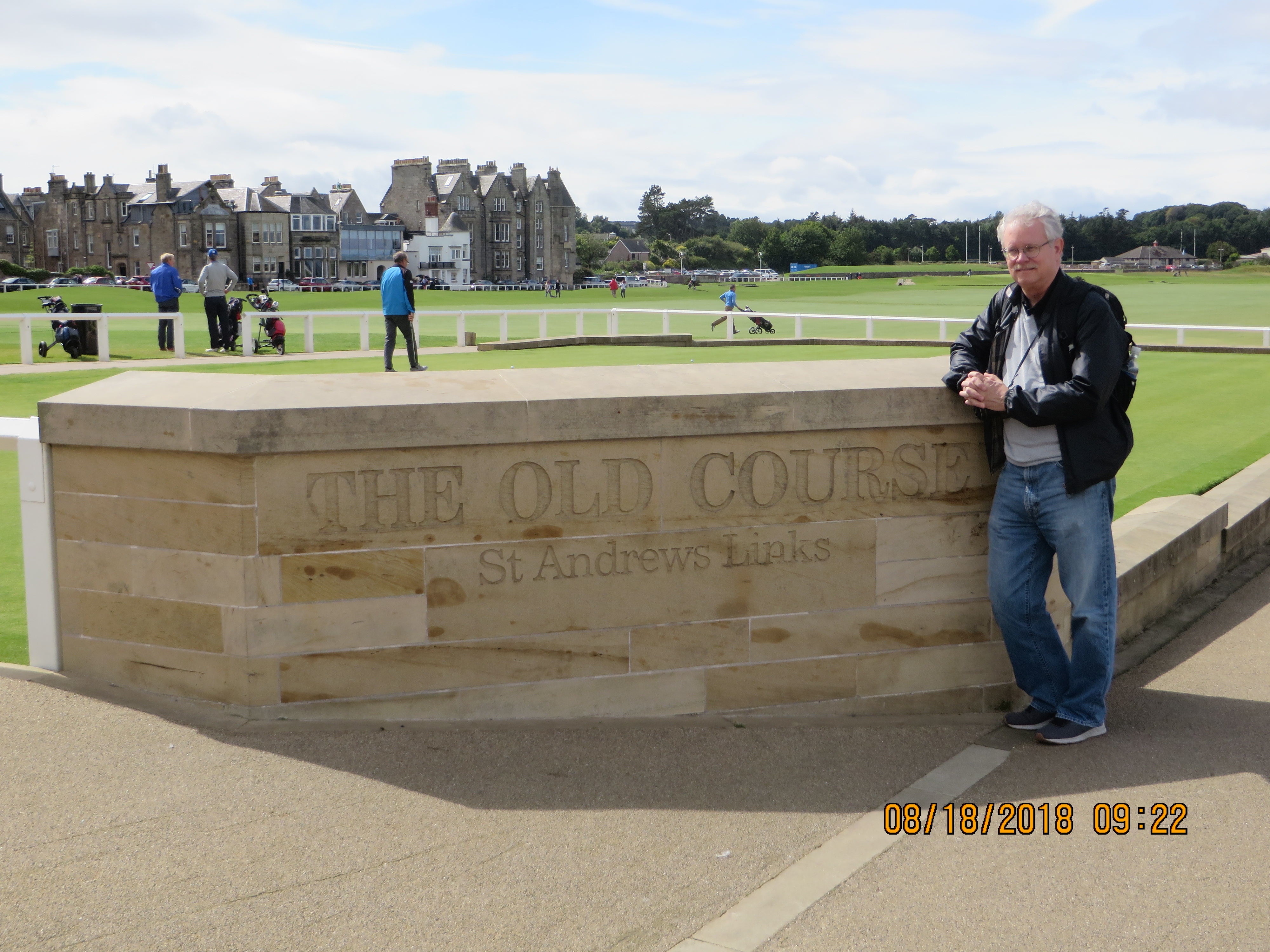 I know very little about golf. Several years ago, I read Tom Callahan’s biography of Arnold Palmer entitled Arnie. It was a great read simply because Arnold was a really good guy, but I’ll readily admit that it added nothing to my knowledge and understanding of the game. If, on a lazy Sunday afternoon, I am given a choice of which sport to “watch,” I choose golf. Much better for napping. No screaming and yelling like football, just polite whispers and subdued applause. I have never been awakened and startled from a golf nap. Plus, the courses are so pretty to look at if a nap is not the order of the day. Can’t say the same thing about a football stadium.

All that notwithstanding, we were super excited about the chance to see St. Andrews while in Scotland. We could not pass up an opportunity to see the courses. It seems generally accepted that a golf-like game was recorded as having taken place back in the middle of the thirteenth century in the Netherlands, but the influence of the Old Course at St. Andrews and how the early members made the rules there was pivotal in how the game is still played, which is why history records this as the the birthplace of the modern game of golf. 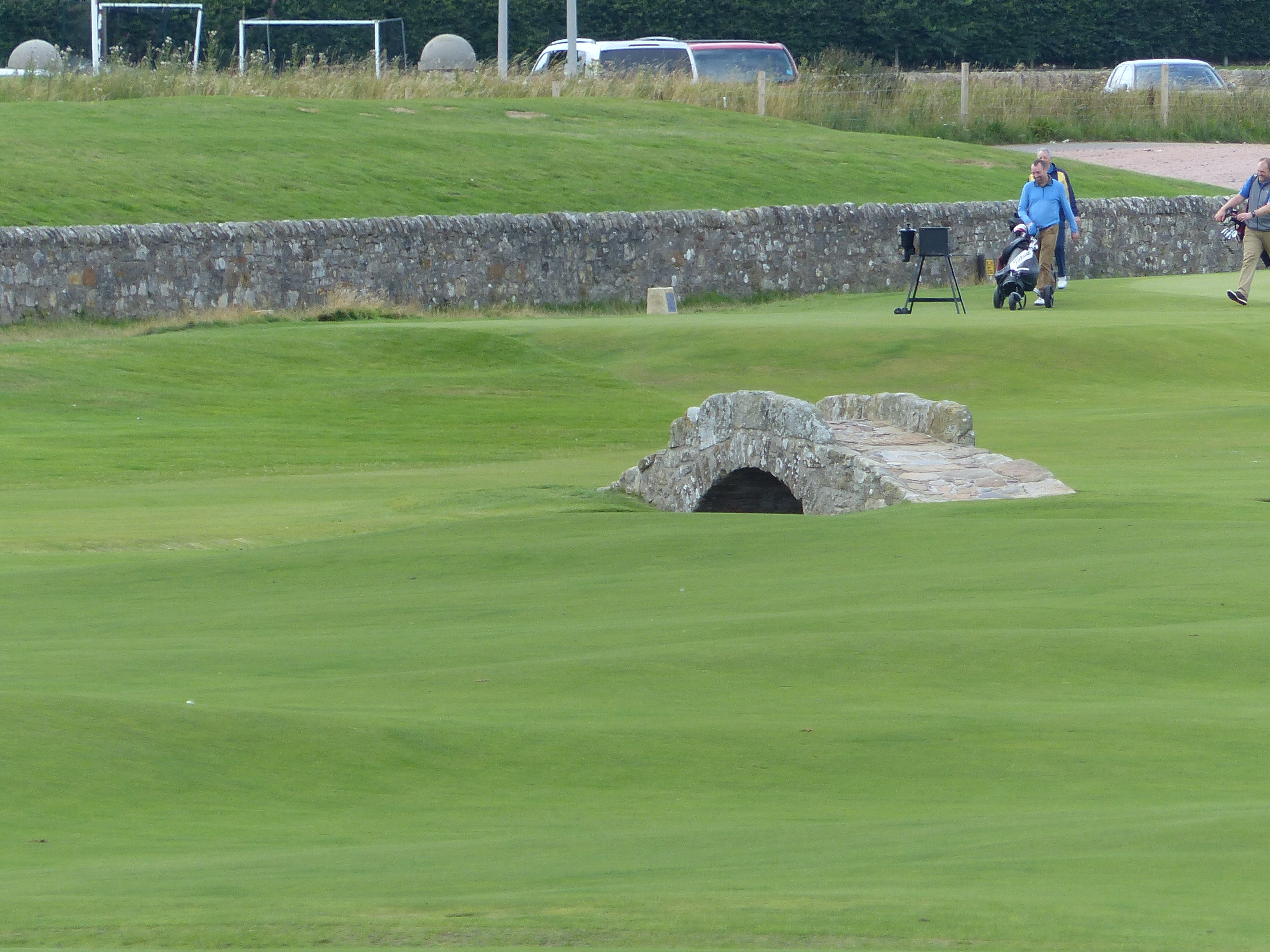 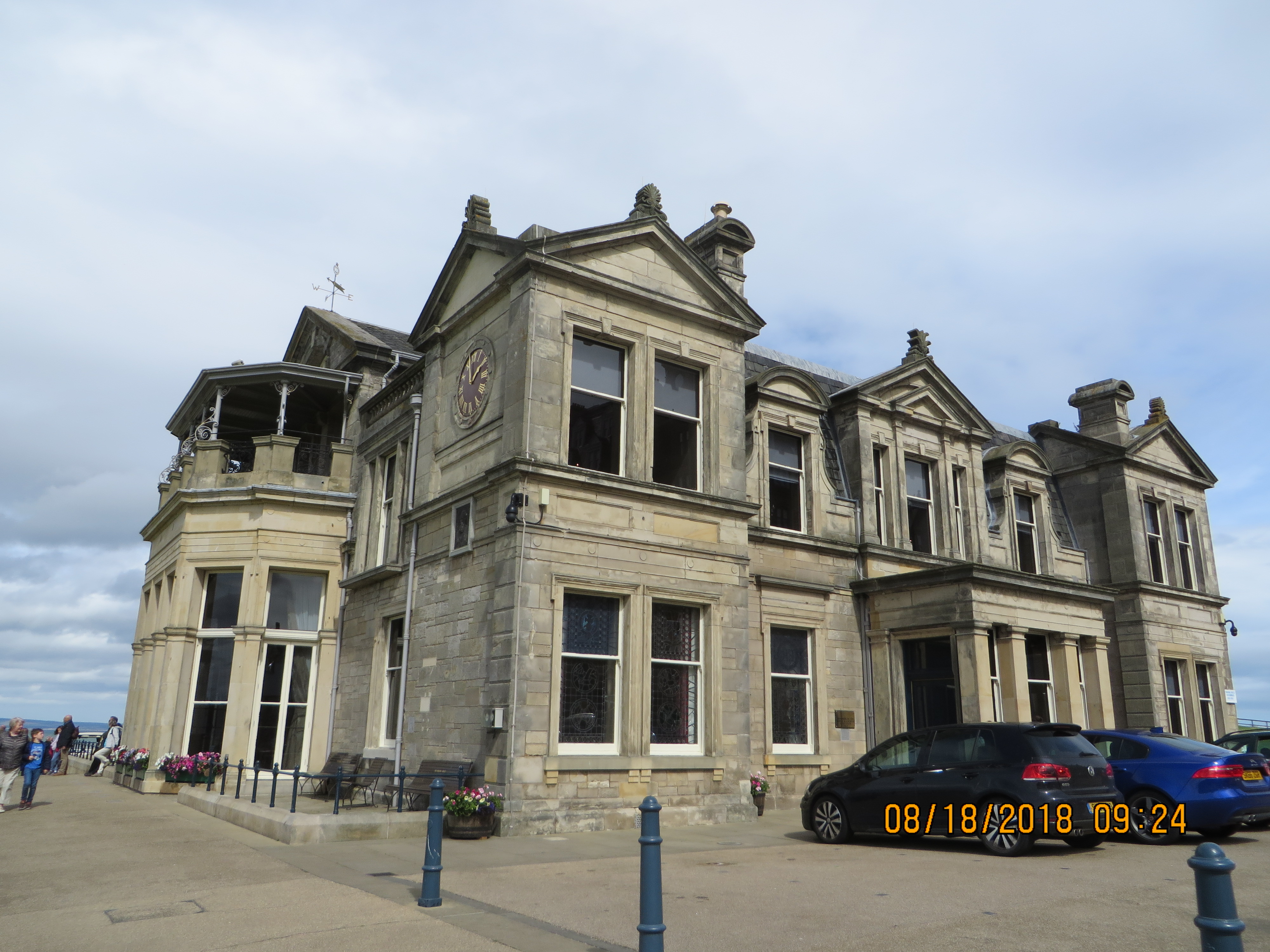 The “members’ only” club house.

Now that we have been to St. Andrews, I would love to report that I came back a true believer, but I so hate to lie. In all honesty, I looked around a few minutes, bought a visor, and said, “OK, now what?” Luckily, both a town and university bearing the same name are conveniently located within walking distance and held my attention for the remainder of the afternoon. Before long, happy hour was calling, and voila! pubs and bars are everywhere in St. Andrews.

It was a fun day and I loved riding through the small Scottish towns and villages. The fields, hills, and dales are lovely. The ruins of the St. Andrews Cathedral are specular beyond belief. I had no idea! What a shame that the beautiful cathedral was destroyed during the reformation, but I must say that the ruins are hauntingly beautiful. I must show you a few pictures of this incredible place. It was such as surprise to us and way more fascinating than golf courses! 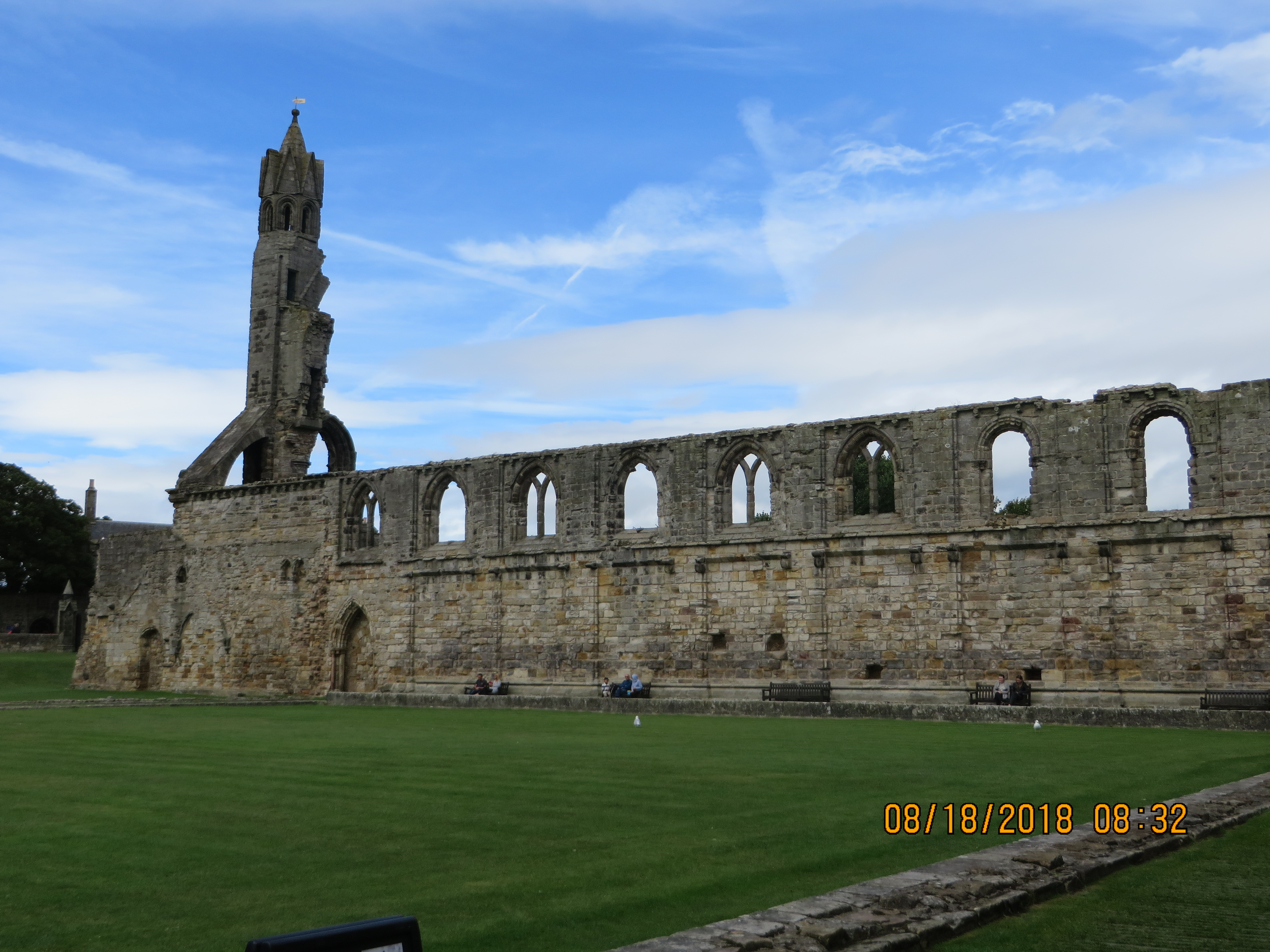 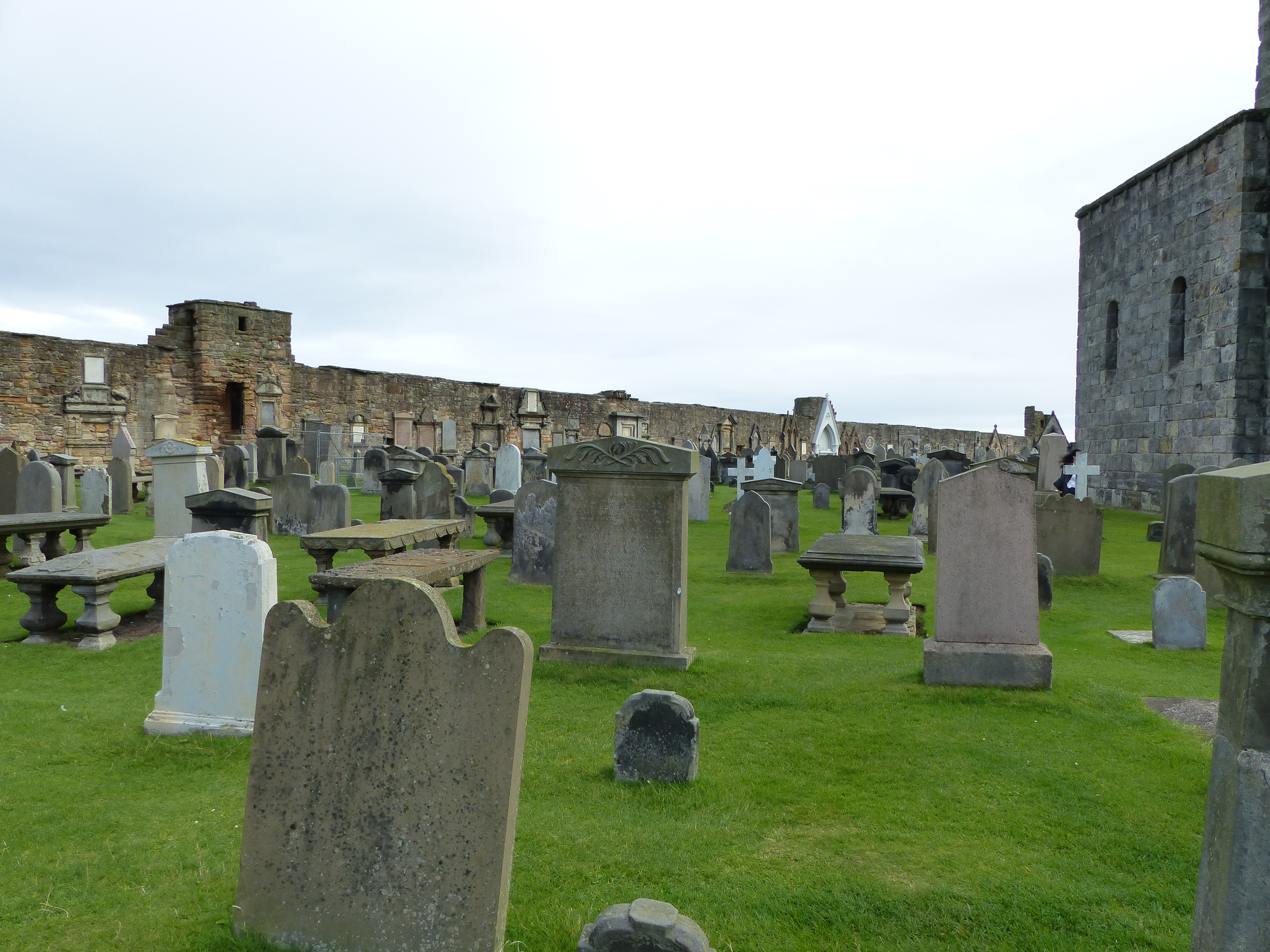 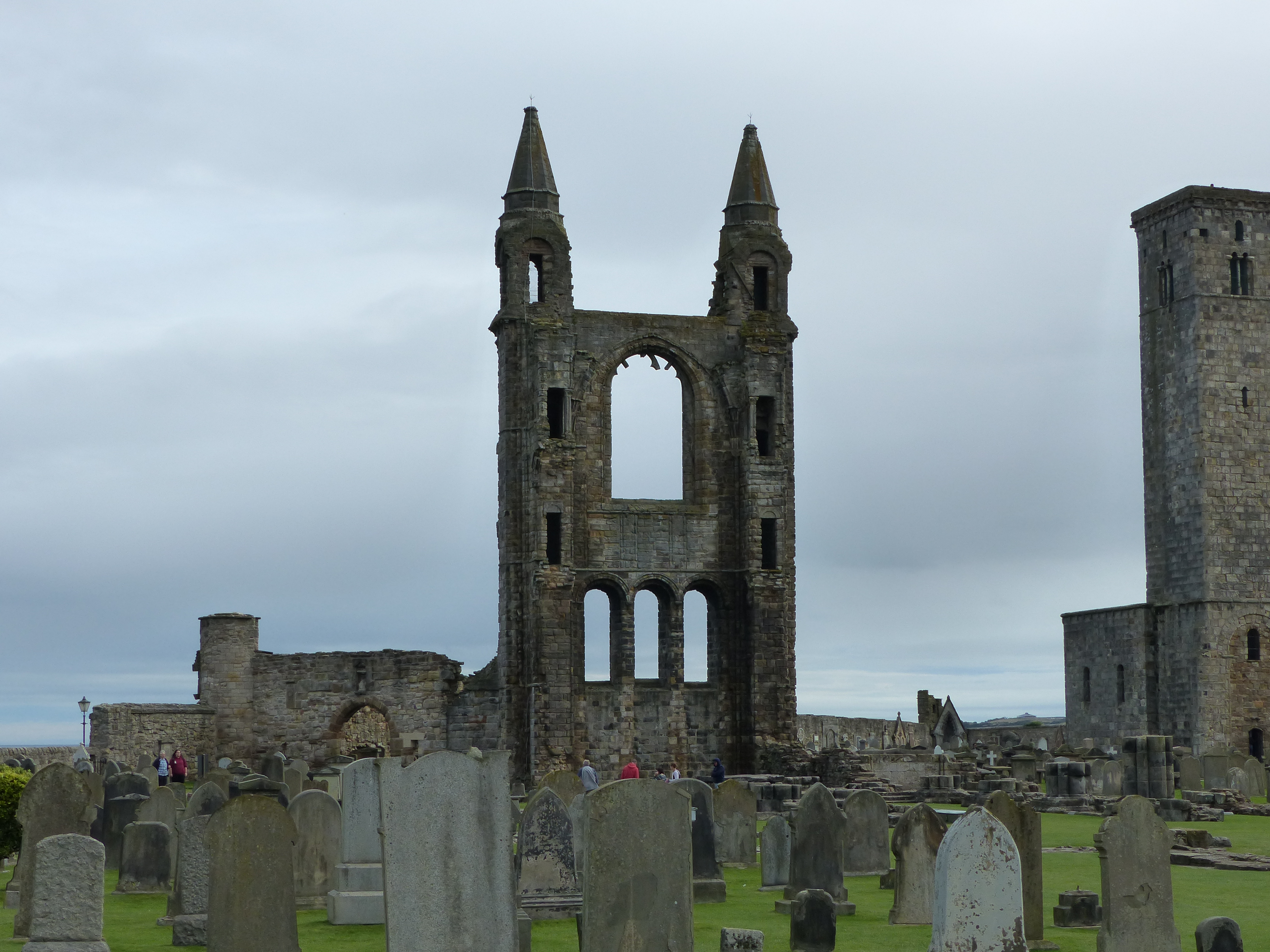 Since I started with a golf quote from a really good guy, I may as well end with one. This really good guy was Bob Hope. Here is what he said of the game: “If you watch a game, it’s fun. If you play it, it’s recreation. If you work at, it’s golf.” 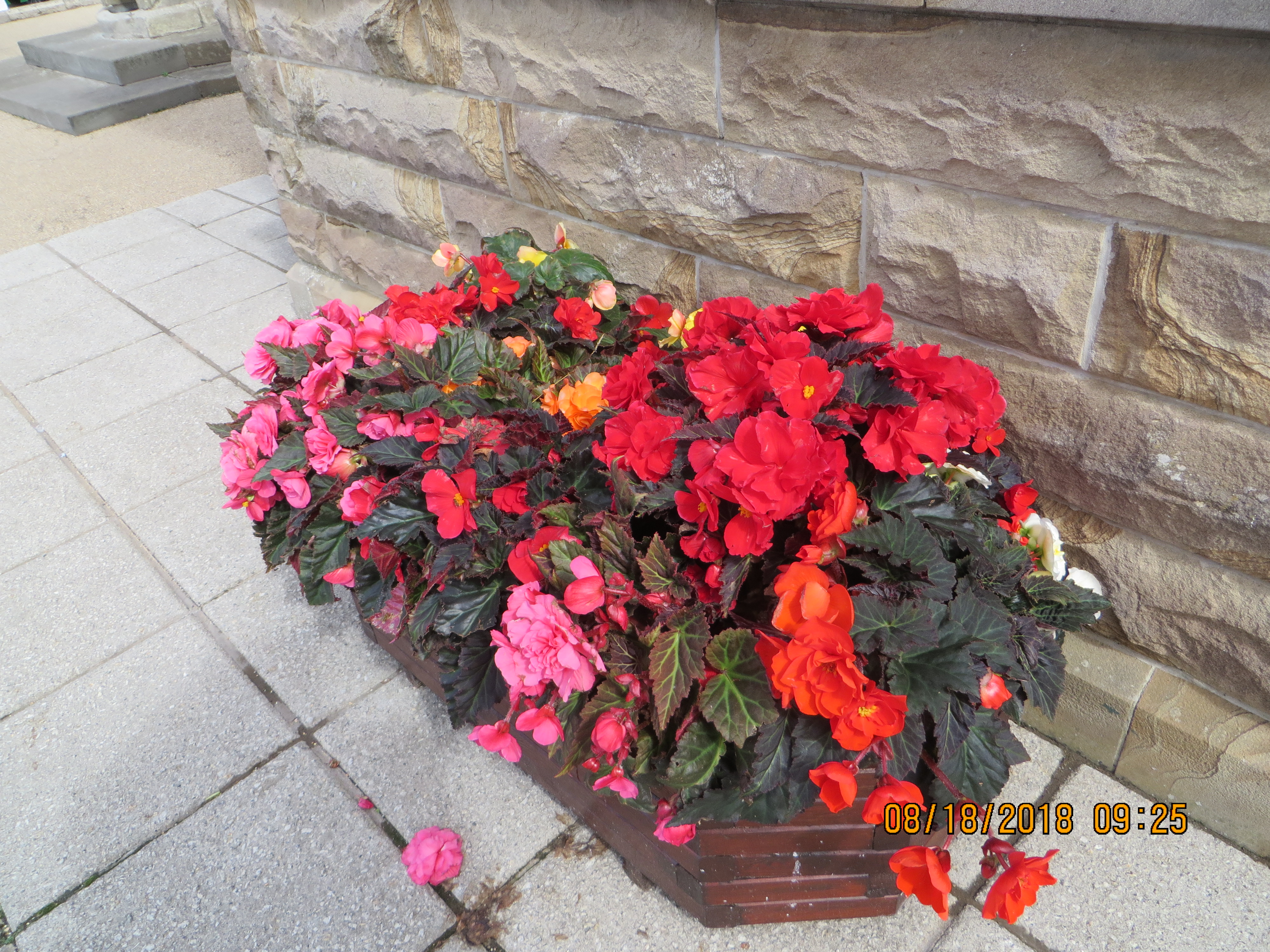