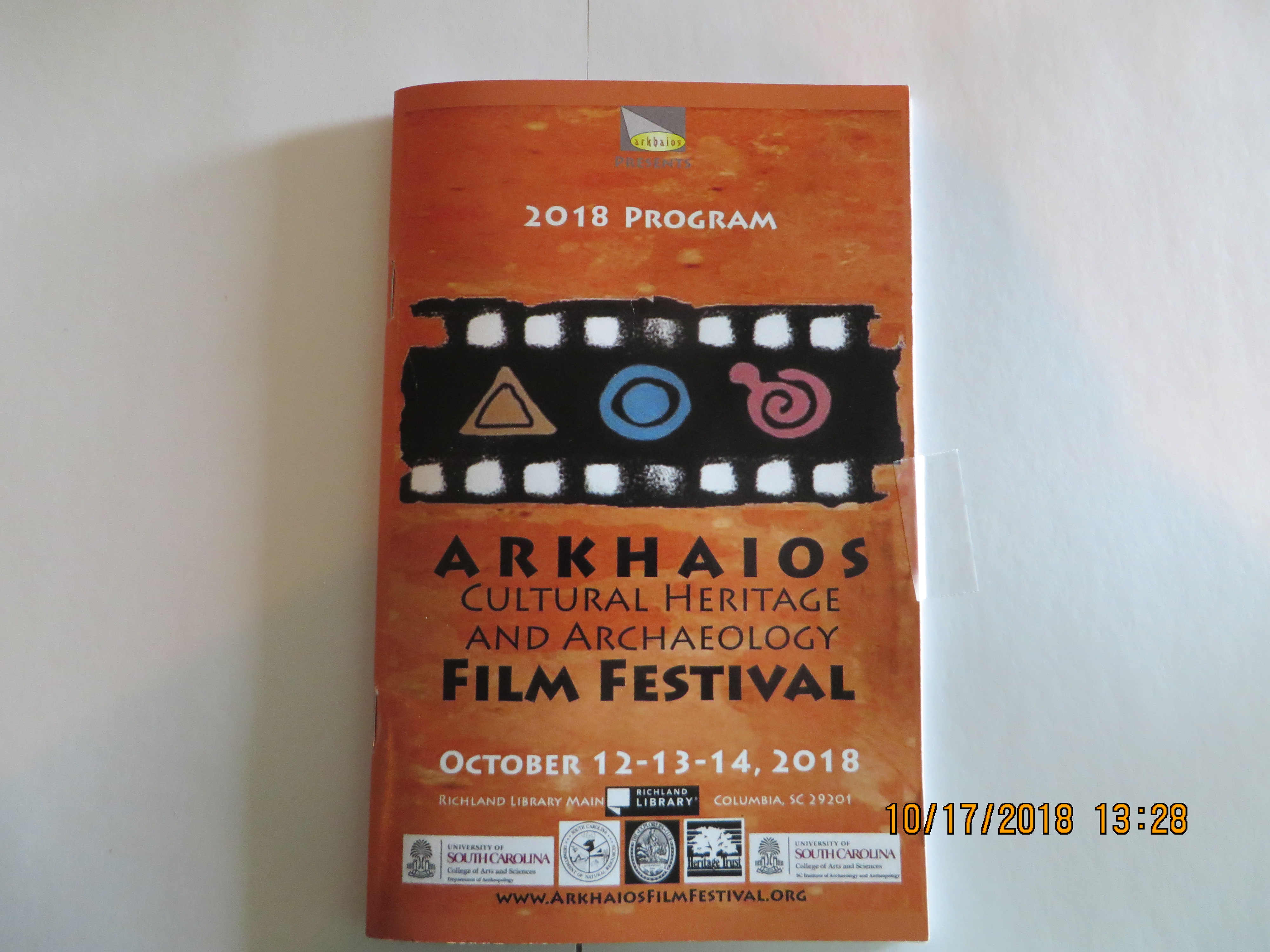 I had never heard the word arkhaios before I received the email from Wendy proudly announcing that the documentary on Fort Fremont had been accepted into the Arkhaios Cultural Heritage and Archaeology Film Festival. It sounded like a big deal, so I immediately went to the website to find out more. Well, it is a big deal! Only six films screened at this year’s festival were directed by American filmmakers and the Fort Fremont documentary was one of the six. Twenty-two films were shown over the three day weekend. The directors of these films hailed from nine countries and three continents, so the event was indeed international. The film festival was founded by Jean F. Guilleux, a self-described avocational archaeologist. Celebrating its sixth year, it is dedicated to showcasing cultural discoveries resulting from archaeological projects from around the world. And here is the icing on the cake: this year, the Arkhaios Film Festival was being held in Columbia! This is what I call a travel experience done locally and I love this kind of adventure. And did I mention that it was free and open to the public?

We installed ourselves in the theater at the Richland Public Library on Assembly Street in downtown Columbia in time for the opening remarks on Friday morning. The festival got off to an exciting start with a documentary called “The Lost City of Cecil B. DeMille.” This film told the story of a thirty year process to excavate a massive movie set buried under the sands in Santa Barbara County, California. The funny thing is that this Herculean effort was sparked by something heard by a guy in a bar in 1982. Not too many people can say they spent a very large chunk of their life pursuing something heard in a bar!

The screening of documentaries continued all day and the topics were as varied as the length of the films. “The New Monuments Men” was so heartbreaking, but it is a story that needs to be told. A few very brave individuals are fighting an uphill battle to save as many of the masterpieces of art and archaeology in Syria as they possibly can from destruction by ISIS and their ilk, often putting themselves in great danger to do so. Watching “Mont Saint-Michel: Scanning the Wonder” made me determined to go back to that phenomenal abbey and city on a massive rock in Normandy that we first visited in 1990. Those of us who were spurred to make the drive to Columbia by the inclusion of “Fort Fremont: The Last Bastion in the Defense of Port Royal Sound 1898-1912” were delighted to have the first day of the festival wrapped up with that wonderful film.

Saturday’s films started with “The Tempest Stela, Revisiting the Roots of the Exodus.” I was especially intrigued because we have been to several places highlighted in the film. We visited Karnak, near Luxor in Egypt, when we traveled there in 2006, and we have also visited the excavation site on the Greek island of Santorini that was featured in the film. I had no idea anyone ever thought they were even remotely related until Saturday morning! 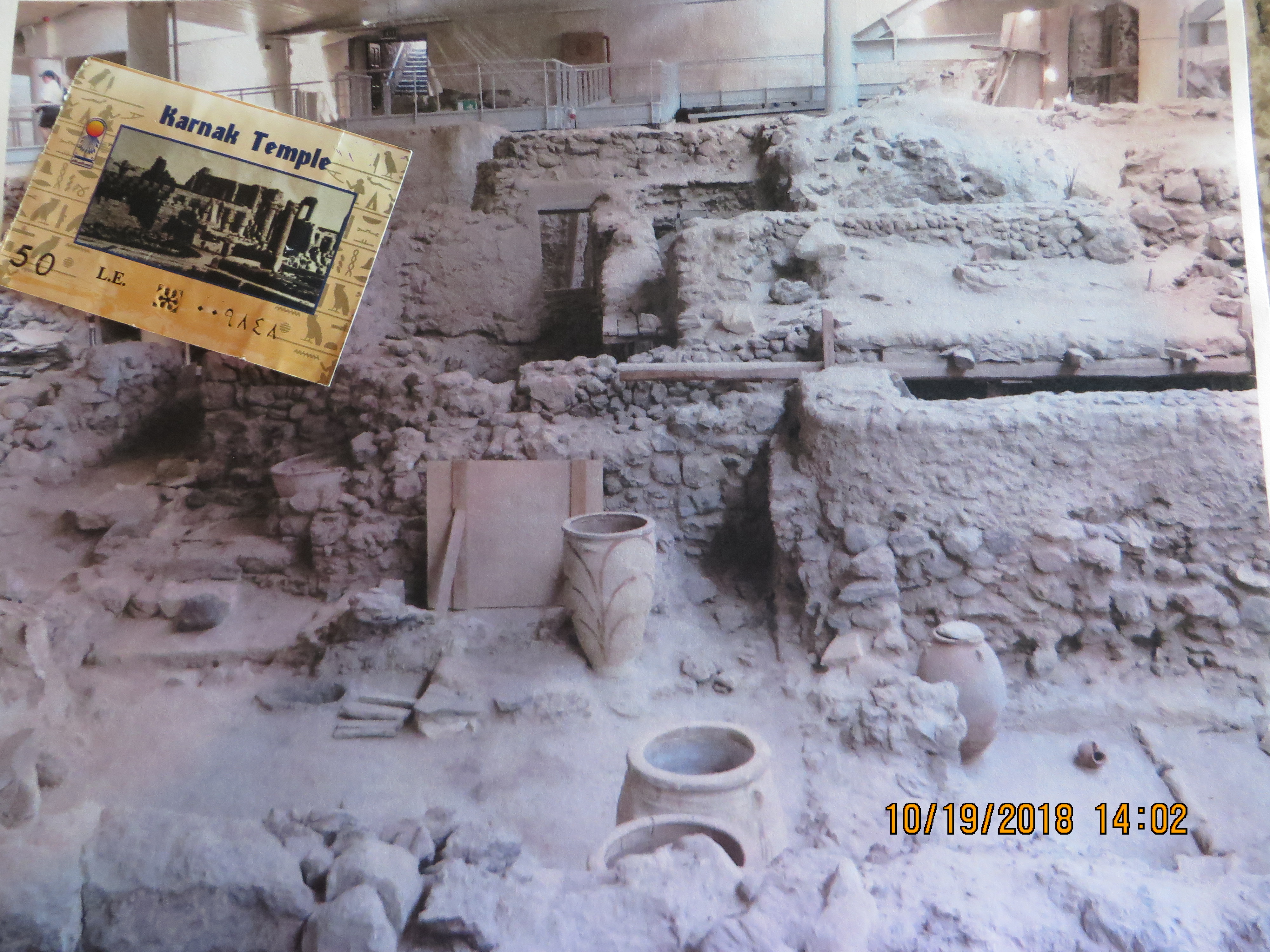 Look what I found! A ticket stub from our visit to the Karnak Temple in Egypt in 2006 and a picture that we took at the excavation site on the Greek Island of Santorini in 2015.

Sadly, we just could not commit the entire day to watching the great documentaries. Fanny fatigue is a real thing, you know. We had to get up and out and enjoy the beautiful weekend. There were football games to watch and grandbabies to hold. But, as we took our leave, we agreed that the festival is an wonderful asset to South Carolina. We hope that more people learn about it and come in the years ahead because it is so very entertaining as well as educational. We were also very proud that our state established the Heritage Trust Program under the auspices of the South Carolina Department of Natural Resources. Developed in 1974, it is the first and only program of its kind in the nation. We are proud that South Carolina has been and continues to be proactive in the preservation of species and communities that otherwise might be lost to “progress.” 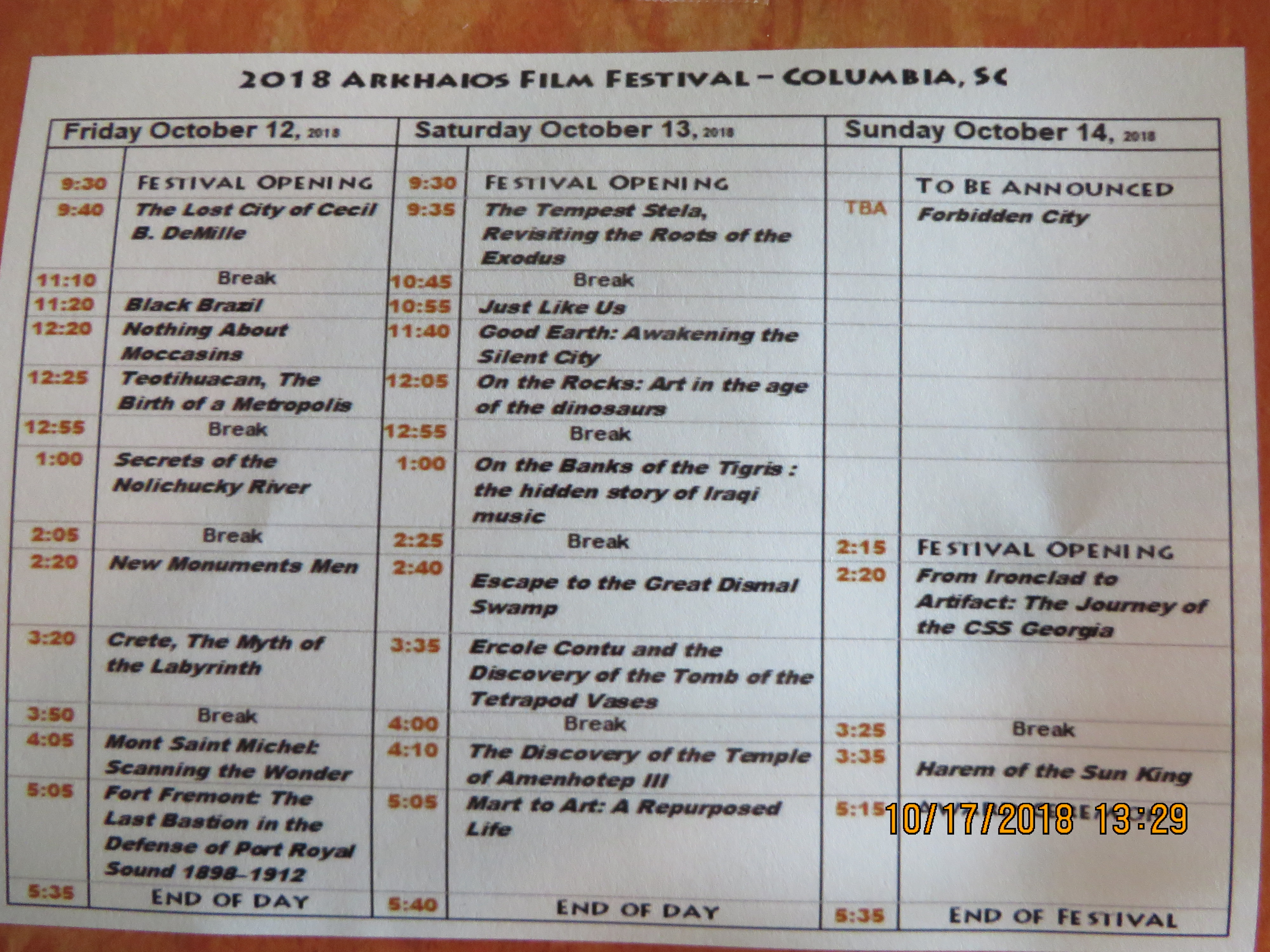