The world is full of quirky museums. When we travel, we usually just take a pass on them. The most memorable such museum is the Icelandic Phallological Museum in Reykjavik. We peered in the window but did not avail ourselves to the wonders inside. Can’t say that I have any regrets about that decision, even though I realize that I may never get another chance to see a whale penis. However, when I read that Toronto has a shoe museum, I was pretty excited to check it out. Rick, on the other hand, put his foot in his mouth as he sarcastically quipped that I need look no further than our closet floor if I wanted to behold an epic shoe collection. No, I explained, the Bata Shoe Museum is no ordinary shoe collection, and by the way, let me point out now that “quirky” is not an apt description of the Bata. This is a world class footwear museum spanning centuries. I, on the other hand, am an amateur collector by most standards. My collection only spans decades. It won’t be surprising to anyone that there is a shoe museum in the Philippines and that it houses about 1,500 pairs of Imelda Marcos’ shoes, but even her collection did not span centuries. The Bata Shoe Museum is the only shoe museum in North America, although there are a couple of small exhibits scattered around the US. The Bata Shoe Museum is the largest and best museum of its kind in the world. About a dozen years ago, we saw a very impressive special exhibition of footwear through time at the Field Museum in Chicago. Now I am wondering if the exhibit was on loan from the Bata.

Sonja Wettstein was born in 1926 in Zurich, Switzerland. In college, she studied architecture, and becoming a great architect was her goal in life. However, she left it all behind when she married Thomas Bata. Sonja moved to Toronto in 1946 and soon began traveling the world with her husband as he conducted the business of the family shoe company. As they traveled, she became intrigued with shoes and started collecting traditional footwear from the far-flung areas they visited. Sonja did not approach her acquisition of shoes in a half-hearted fashion. Nope. She jumped in with both feet. Over the years, her collection grew to over 13,500 items of footwear from throughout history. 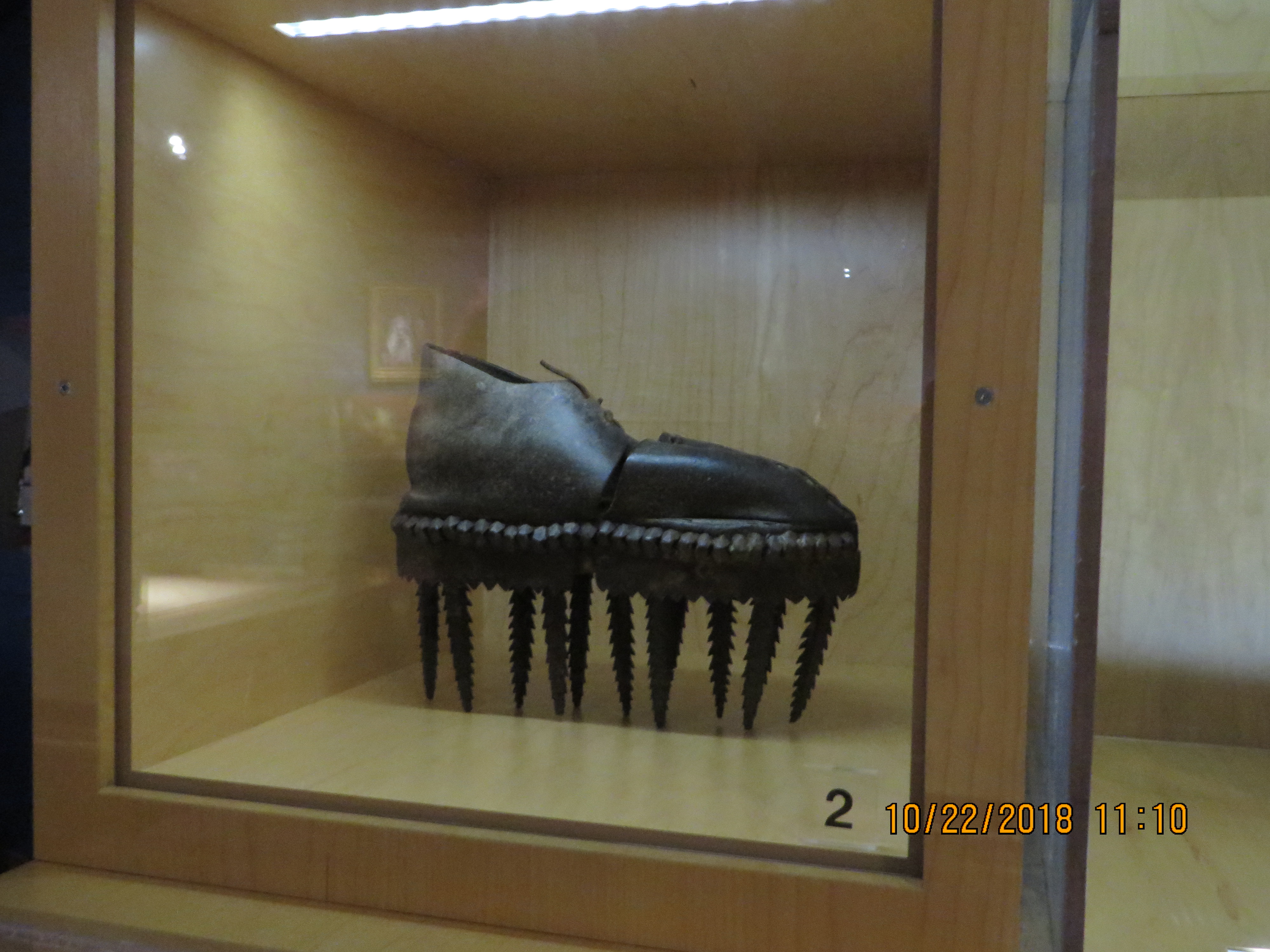 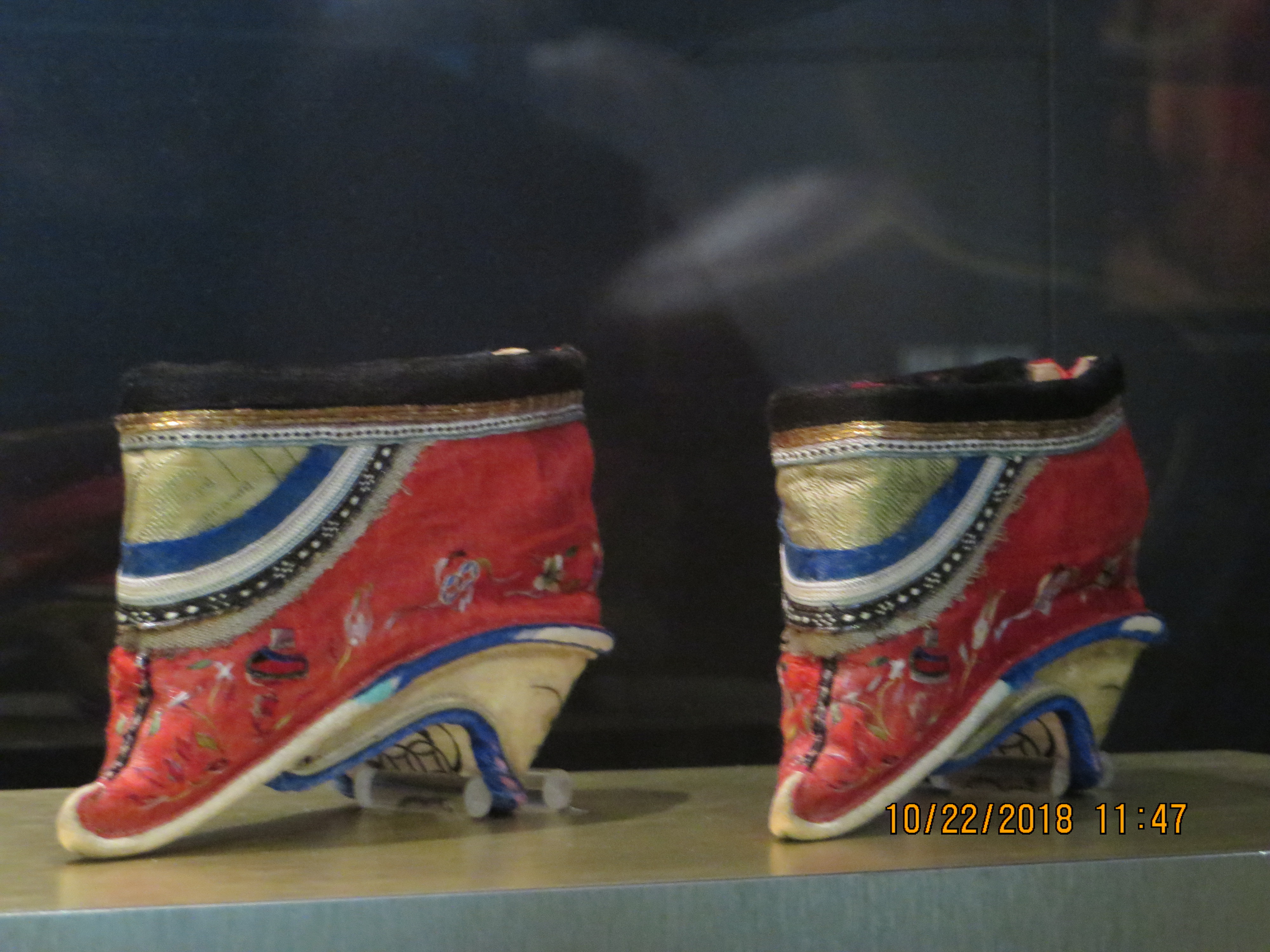 Shoes worn by a Han Chinese woman in the late 19th century. The perfect foot length was thought to be about three inches.

Sonja needed a place to store and display her astounding cache. She turned to Canadian architect Raymond Moriyama. Mr. Moriyama was very enthusiastic about the project after seeing the collection. He wanted to help create a museum that would excite and inspire visitors even before they entered the building. He said, “When I first viewed the collection, I was impressed by the array of shoeboxes that protected the shoes from light, moisture, and dust and played an important role in the collection.” He went right to work to design a building that would evoke an opening shoe box when seen by visitors. Well, I am here to tell you that he succeeded. At first, I thought the building looked like yet another example of wacky contemporary architecture, but then, when I thought about it in context of a shoe museum, I immediately fell head over heels in love with it. Rick agreed to foot the bill for the cost of admission, so we stepped right in. 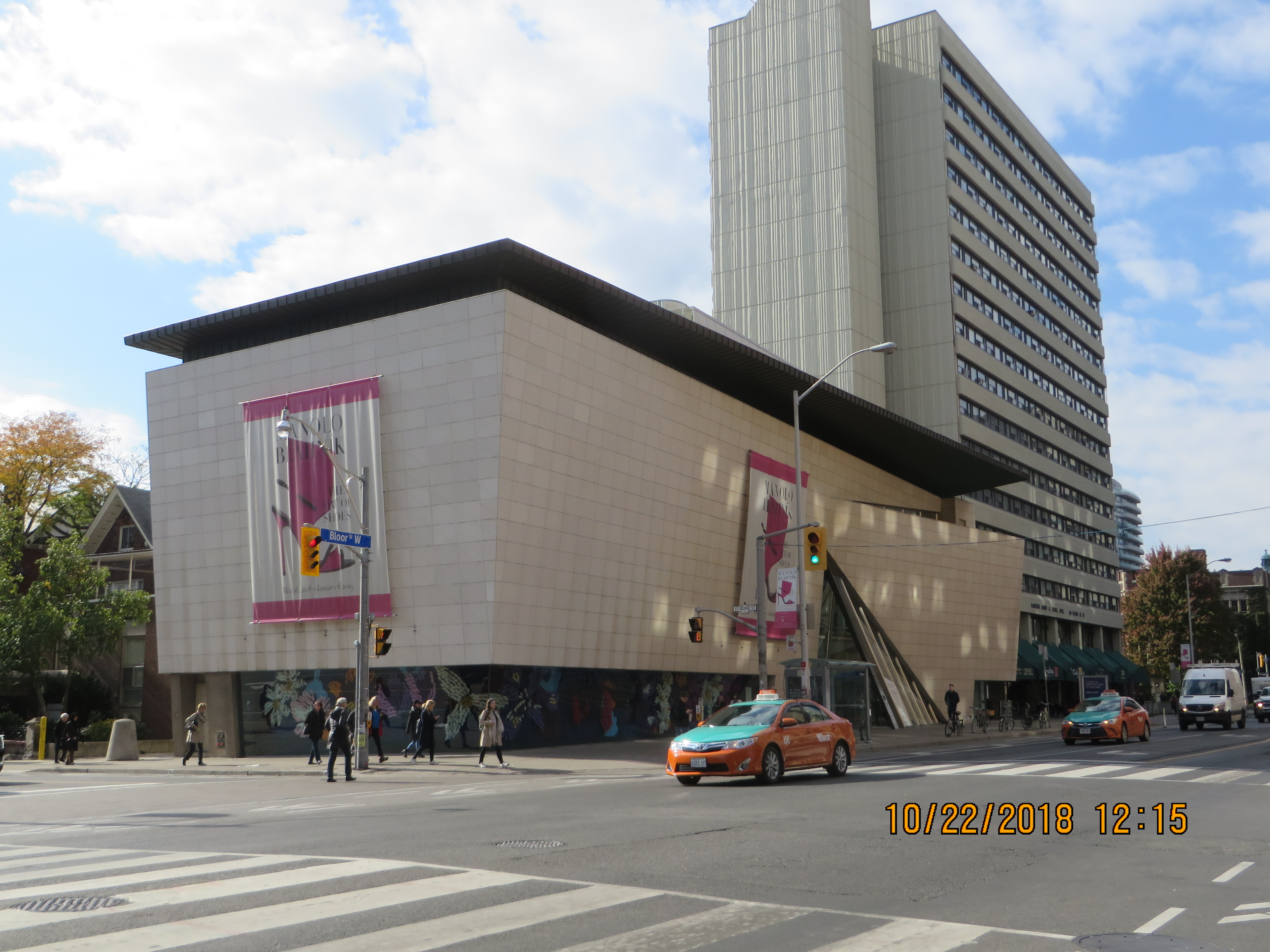 Once you get your foot in the door, you will be amazed by this museum. The displays strive to tell the story of footwear and how shoes have been influenced through time by geography, religion, politics, and even the evolving role of women in society. You will find a pair of Japanese sandals made from human hair and grass socks worn by Alaska’s Aleut people. There is also a pair of 4,500 year old boots, but don’t assume that everything on display is ancient. In order to keep things fresh, the Bata dedicates about three fourths of its display space to ever-changing special exhibits. A travelling show entitled “Manolo Blahnik: The Art of Shoes” was on presentation when we visited. 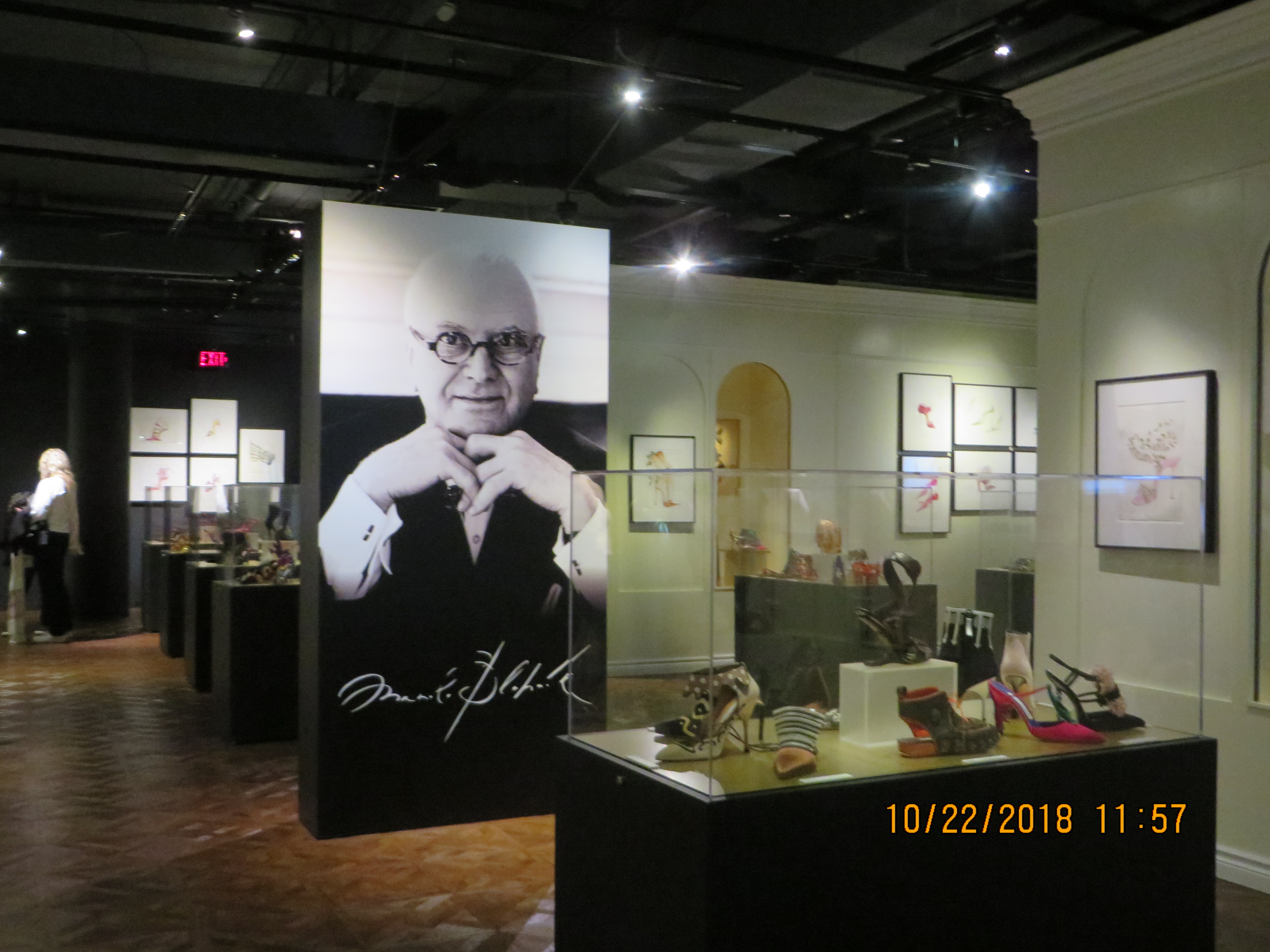 The Manolo Blahnik exhibit was so much fun. Every shoe on display is a work of art. 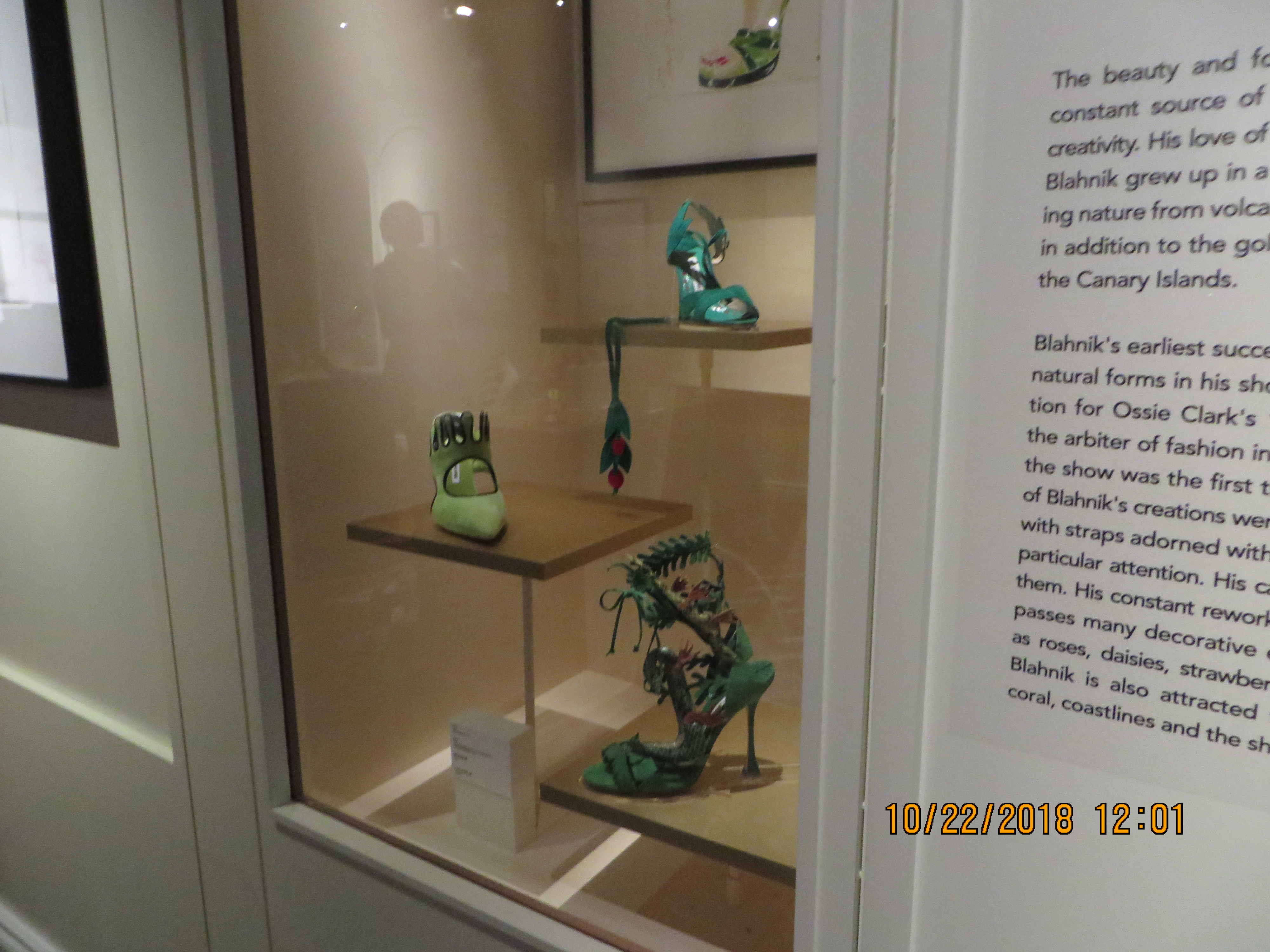 Another exhibit showcased traditional Arctic footwear from the Bata collection. On display were items from Alaska, Greenland, Siberia, as well as the Sami people, to name just a few. The Arctic is home to forty distinct cultural groups and they all have unique ways of coping with their harsh climate when it comes to clothing and footwear. Below are some beautiful boots and a parka made from numerous reindeer leg skins showing the intricate artistry of one of the Arctic groups of people. 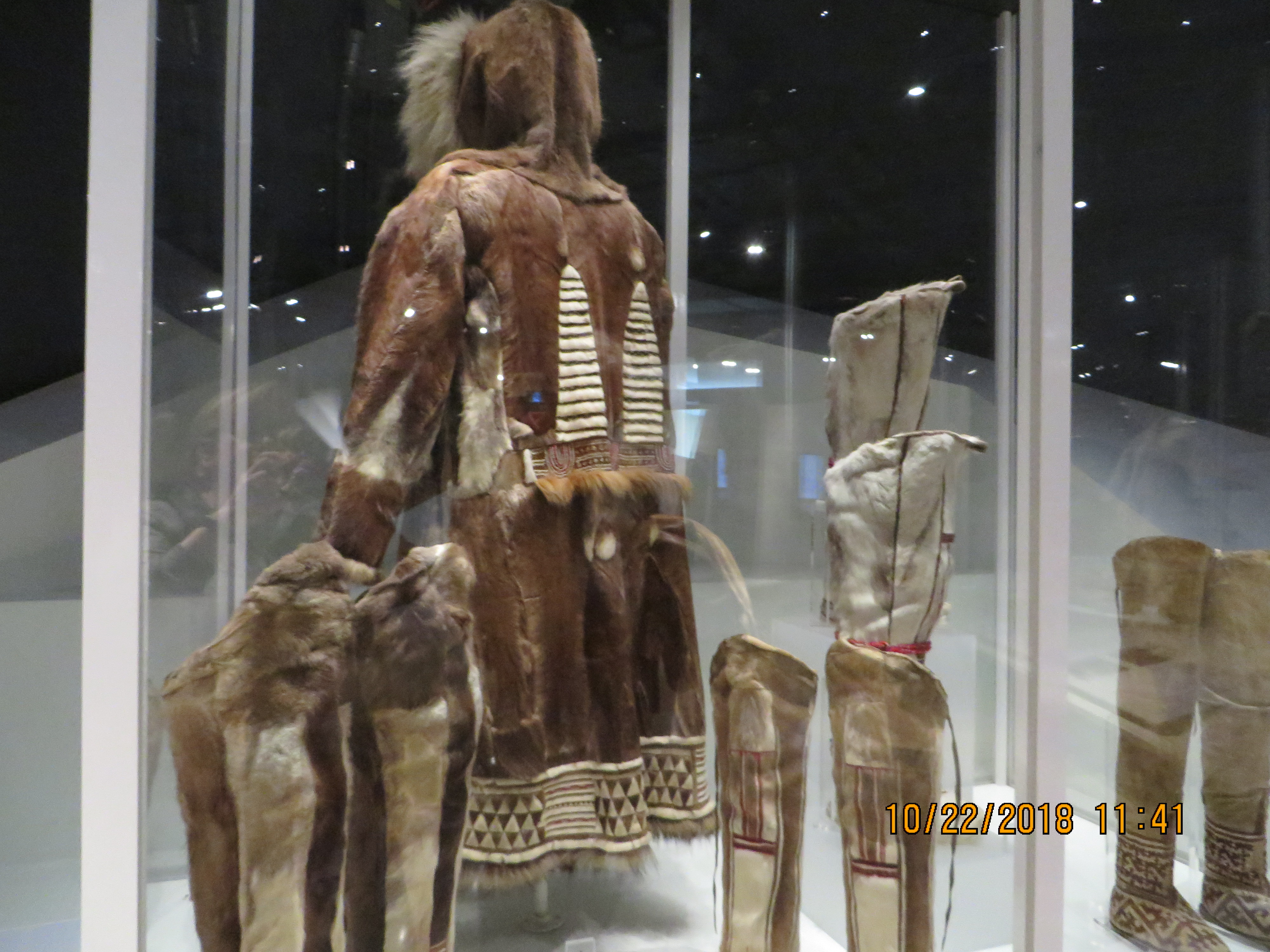 I must admit that we had regrets about not having put our best foot forward when we visited this phenomenal museum. Since we were spending the day seeing as much of Toronto as we could, we dressed for total comfort, and our choice in footwear was a bit pedestrian. But, on a positive note, at the end of the day, we could still kick up our heels! 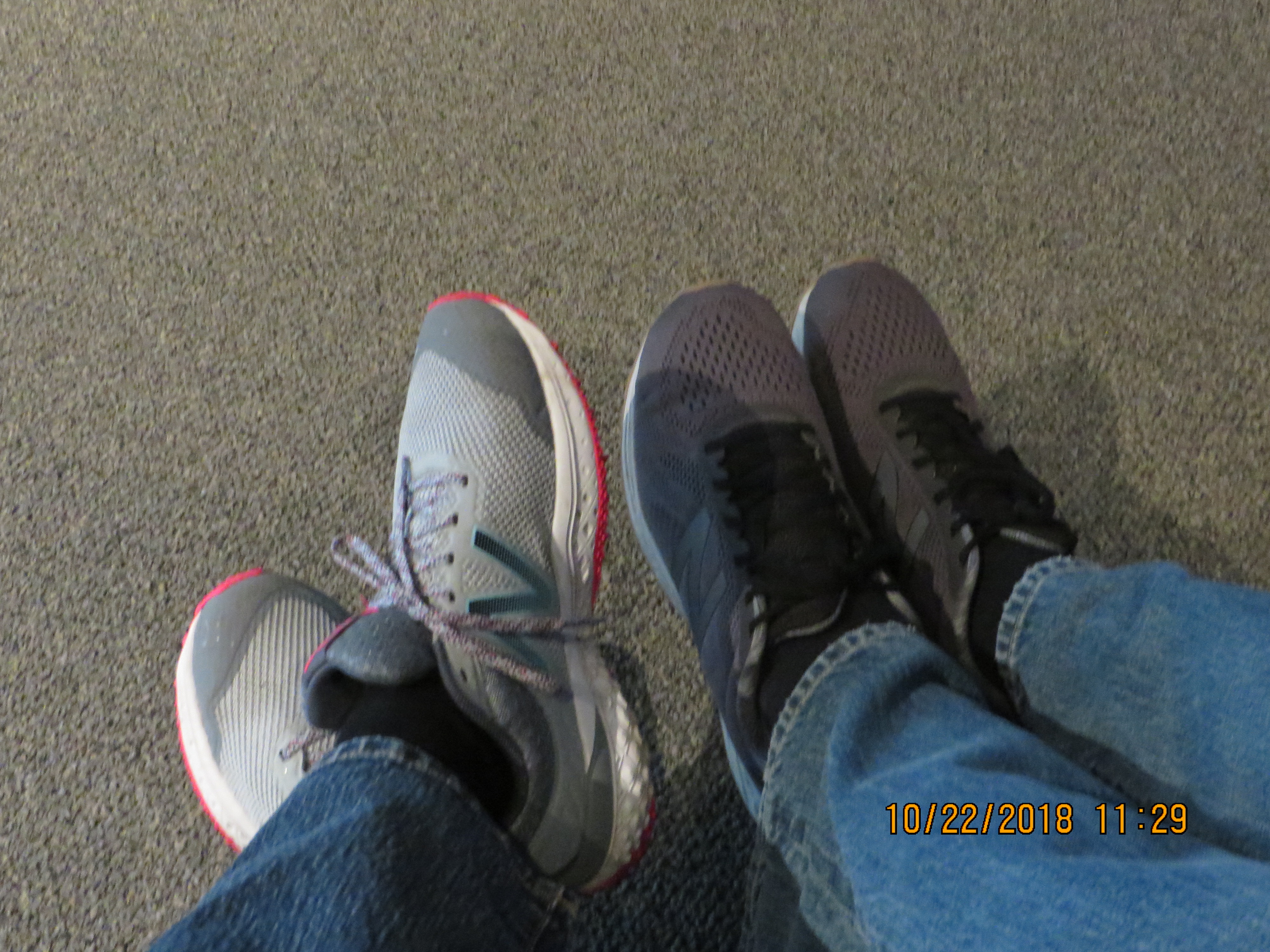