Yesterday, we took a food tour of the St. Lawrence Market with a man named John from Toronto Food Tours. It was a really good tour because we were able to sample some of the food that is unique to Canada and Toronto like the peameal sandwich. John also took us on a stroll around the area and pointed out various landmarks, telling us some of the local lore. We learned so much more from our time with John than we would have ever picked up on our own. Take, for example, the stop we made at a dingy little alley not far from our hotel. You would never know that this area was the scene of one of the wackiest events we have ever heard of while traveling. This was where Toronto’s Clown Riot of 1855 got started. There seem to be many versions of this tale, but I will tell only two.

Way back in 1855, there were not many fun things to do and see around Toronto, so when the circus came to town from the states, it was a big deal and there was much excitement in the air. The big top was packed for the shows and the clowns worked hard. But clowning around was not the only job these men had to perform. They were also responsible for setting up the tents before the circus and breaking down the tents afterwards. This was hard work, not just fun and games, and the men were not just silly clowns. It’s probably fair to say that the carnies were a hard lot of roustabouts. After all the work of setting up the circus and then performing, these guys headed into town to let off a little steam drinking and spending a little quality time with the working girls at Mary Ann Armstrong’s house of ill repute. 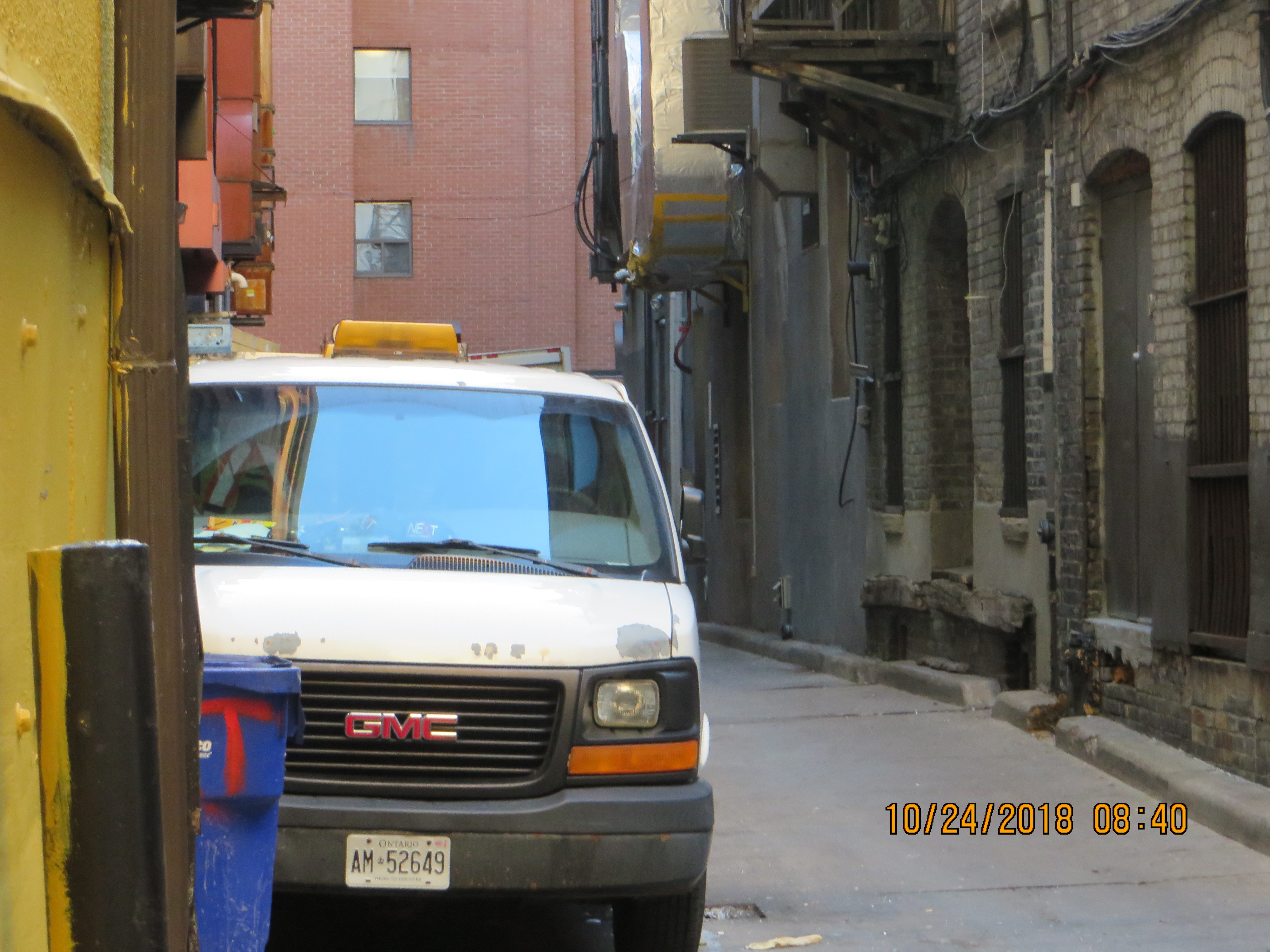 Mary Ann Armstrong’s “business” was located in this alley.

It turns out that on the night in July when the clowns visited the bordello, the members of the Hook and Ladder Firefighting Company had also stopped in for a little visit. At the time, firefighting was more of a volunteer activity and also more or less a social club. It seemed to attract a more rough-and-tumble sort of man, not unlike the clowns from the circus. All the firefighters were Irish Catholic Orangemen and they were a very loyal bunch.

What set off the fighting is unclear. Some say it was a loudmouth clown that provoked the firemen; others say someone cut in line at the brothel. Most people seem to believe that a drunk firefighter knocked the hat off the head of one of clowns. No one knows if it was an accident or intentional, but the firefighter refused to pick it up when asked to do so. Whatever. Both groups were provably spoiling for a good old drunken brawl, and that’s when the trouble started. The clowns put a serious hurting on the firefighters and then fled into the dark of night. Two firemen ended up in the hospital, so everyone knew the brouhaha was far from over.

The next day, members of the Hook and Ladder Company showed up at the fairgrounds looking for revenge. They arrived with their axes and pikes and also brought along an army of their fellow countrymen. Things got nasty real fast. The police were summoned, but the police were also Orangemen, so they lit up cigars and gleefully watched the melee as the cries grew louder and louder for the carnies to ‘“send out the clowns!” Finally, the mayor arrived and called in the militia because the locals were getting totally out of control pulling down tents and setting fire to wagons. Some of the clowns actually jumped in Lake Ontario and swam to safety, and the entire circus hightailed it out of Toronto on the double.

When the dust settled, seventeen rioters were arrested. Oddly enough, when the cases came to court, the police were unable to identify any of the rioters. The police claimed that it was too dark to identify anyone or that, for some reason, they just could not remember who was involved. Strange how sometimes amnesia strikes out of nowhere.

Now, back to John, our food tour guide. Here is his version. He said that the firemen really messed up those clowns that night, but the clowns refused to take the drubbing and let it go. They returned to the whorehouse the following night bringing reinforcements in the form of the bearded lady and the strong man and repaid the firemen’s “hospitality” with a serious whipping. This version doesn’t jibe with the reports in the newspaper that week, but it’s a great tale. Who doesn’t like it better with the bearded lady thrown in as embellishment?

By most accounts, Toronto is a completely different place and now has the reputation of being “Toronto the Good,“ but there are those who can’t help but sarcastically respond, “Same circus, different clowns!”