My little Volkswagen was a frequent streak of yellow down the southwest end of Colleton Avenue in Aiken. It was an easy shortcut for a teenager zipping around town. I could scoot right by there and save a few minutes. There wasn’t much traffic by the old ramshackle hotel. Broken windows, sagging walls: a fire hazard, I believe it was called. How many times did we hear that the city was threatening to bring the whole thing down? 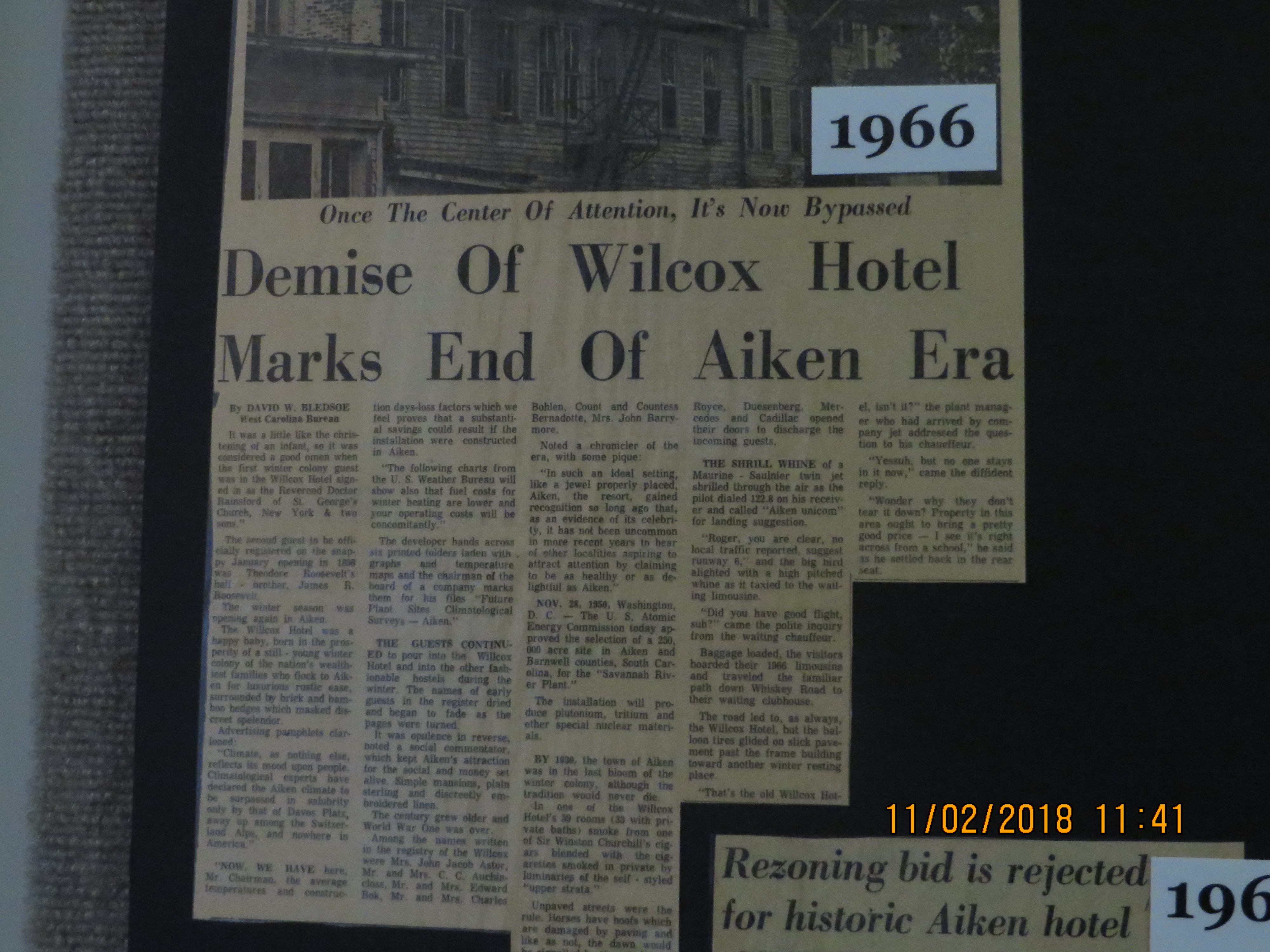 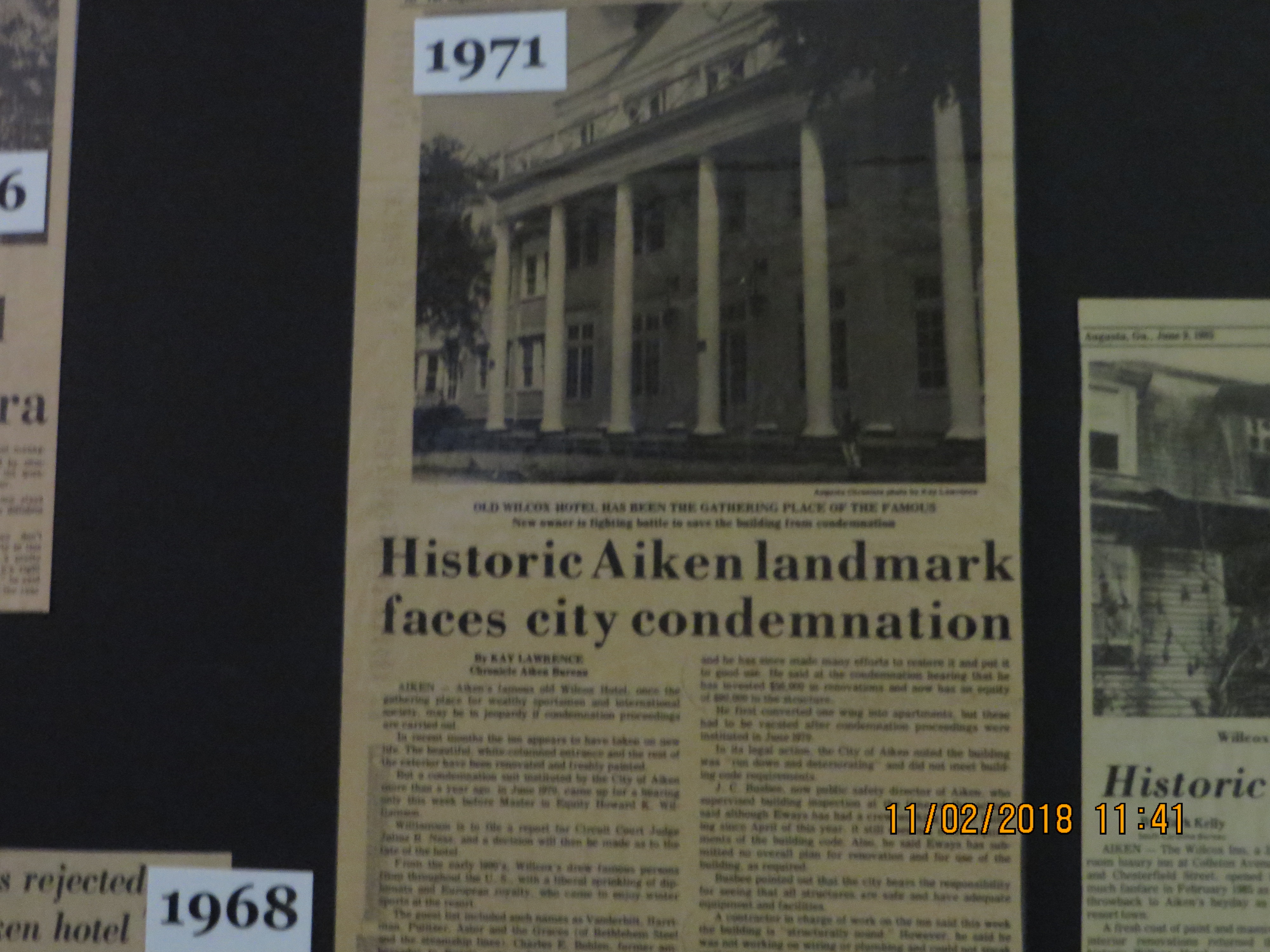 Thankfully, someone came along with a vision and a fat wallet. Frederick Willcox would not believe his eyes! A native of Cheshire, England, Mr. Willcox emigrated with his Swedish wife and ended up in Aiken to work as a caterer for the Highland Park Hotel. This hotel was one of several resort hotels in Aiken that hosted wealthy guests from the Northeast and Europe escaping the cold winters. Aiken’s weather made it a perfect place for all sorts of equestrian activities and it became known as the “Horse Capital of the South.”

The Highland Park Hotel burned in 1898. There was another grand hotel that catered to the elites that wintered there, but it also was razed by fire. Some of the wealthy guests of the Highland Park had become fond of Willcox as he and his wife had built a reputation as the finest of caterers.  These members of Aiken’s Winter Colony encouraged him to open his own establishment. In 1900, he did just that by building a three-story addition to his own home. Willcox died suddenly in 1924, and his son, Albert, took over the management of the hotel. Under Albert’s control, the hotel grew and thrived. It is said to have been the first hotel in the South to have hidden plumbing in the bathrooms. The hotel earned a reputation as “the hostelry” for the nation’s and even the world’s leaders in business and politics. It hosted some of society’s most notable families as they returned year after year during the winter seasons of the 1920s and 1930s.

But times changed. Wars took their toll on American life. World War II brought rationing and travel restrictions. The Winter Colony lifestyle changed. The Willcox was a casualty of that change. A steady decline lead to the closing of the once prestigious destination. Albert Willcox retired, locked the doors, and sold the property at auction in 1957. The grand hotel that once hosted the rich, famous, and royal languished in the abyss of history, seemingly lost in a state of disrepair forever. That’s how I remember the Willcox of my youth.

But while I was away, something happened that was almost miraculous. The old hotel was was brought back from the brink of destruction and splendidly revived. The Willcox has reclaimed its rightful place in Aiken. The moment you enter the lobby, you sense that this is no ordinary hotel. It doesn’t feel like a place to just crash for the night. You feel like time is going to slow down a bit. You just somehow know that proper etiquette is still in style here. The warm wood paneling and overstuffed sofas draw you in and beckon you to relax. You smell smoke from the fires in the great fireplaces last evening mixed with the scent of something delicious from the dining room. You hear the bartender shaking a martini and watch as friends greet each other with hugs and handshakes. It’s the same feeling you get when you walk into The Cloister or the Grove Park or the Greenbrier. The Willcox is no longer endangered even though the names on the guest register are not the likes of Roosevelt, Vanderbilt, and Churchill. Still, this place has a sense of permanence. It feels timeless. 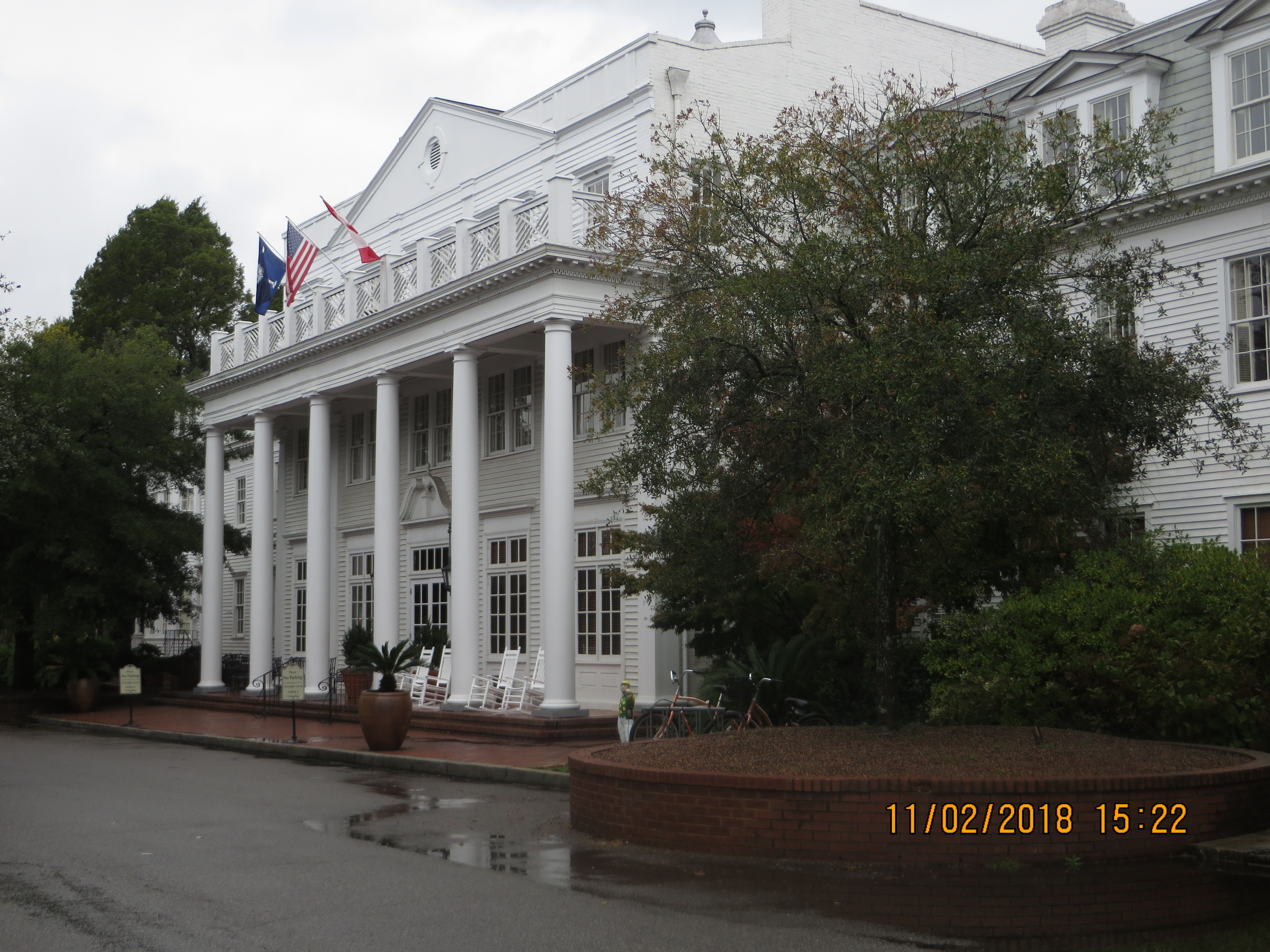 The front porch of the Willcox entices guests to sit and rock for a while. 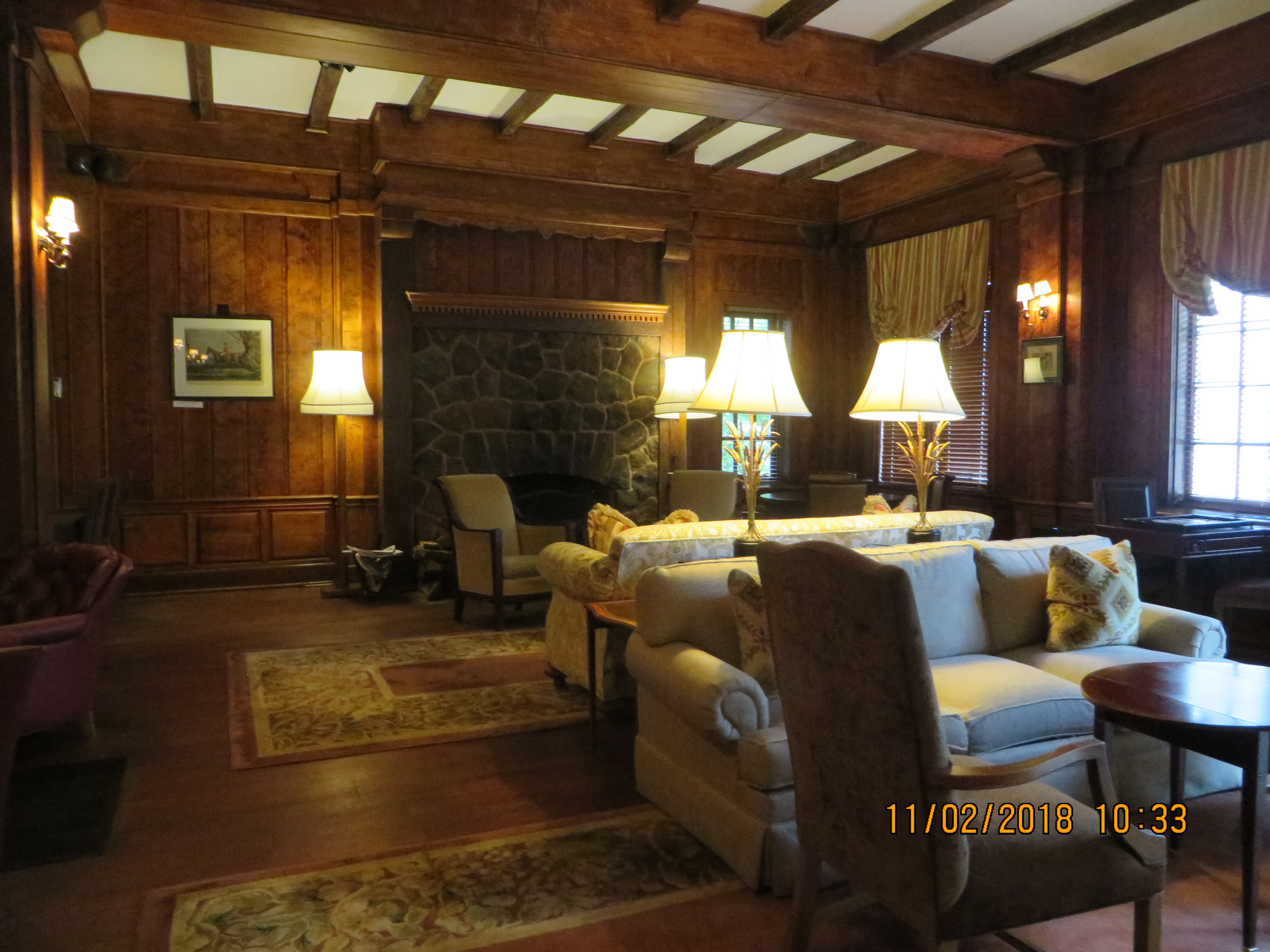 The lobby of the Willcox. 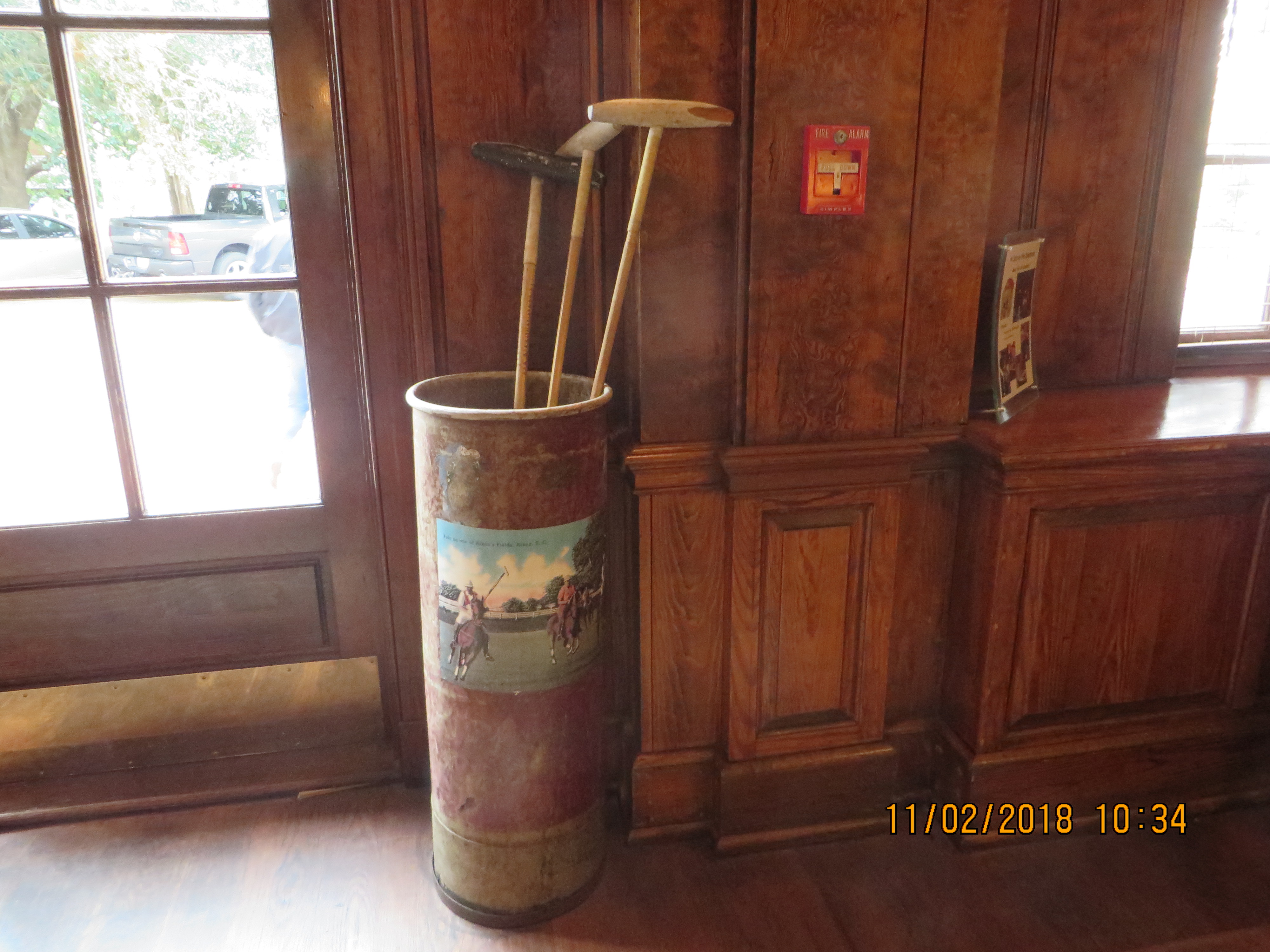 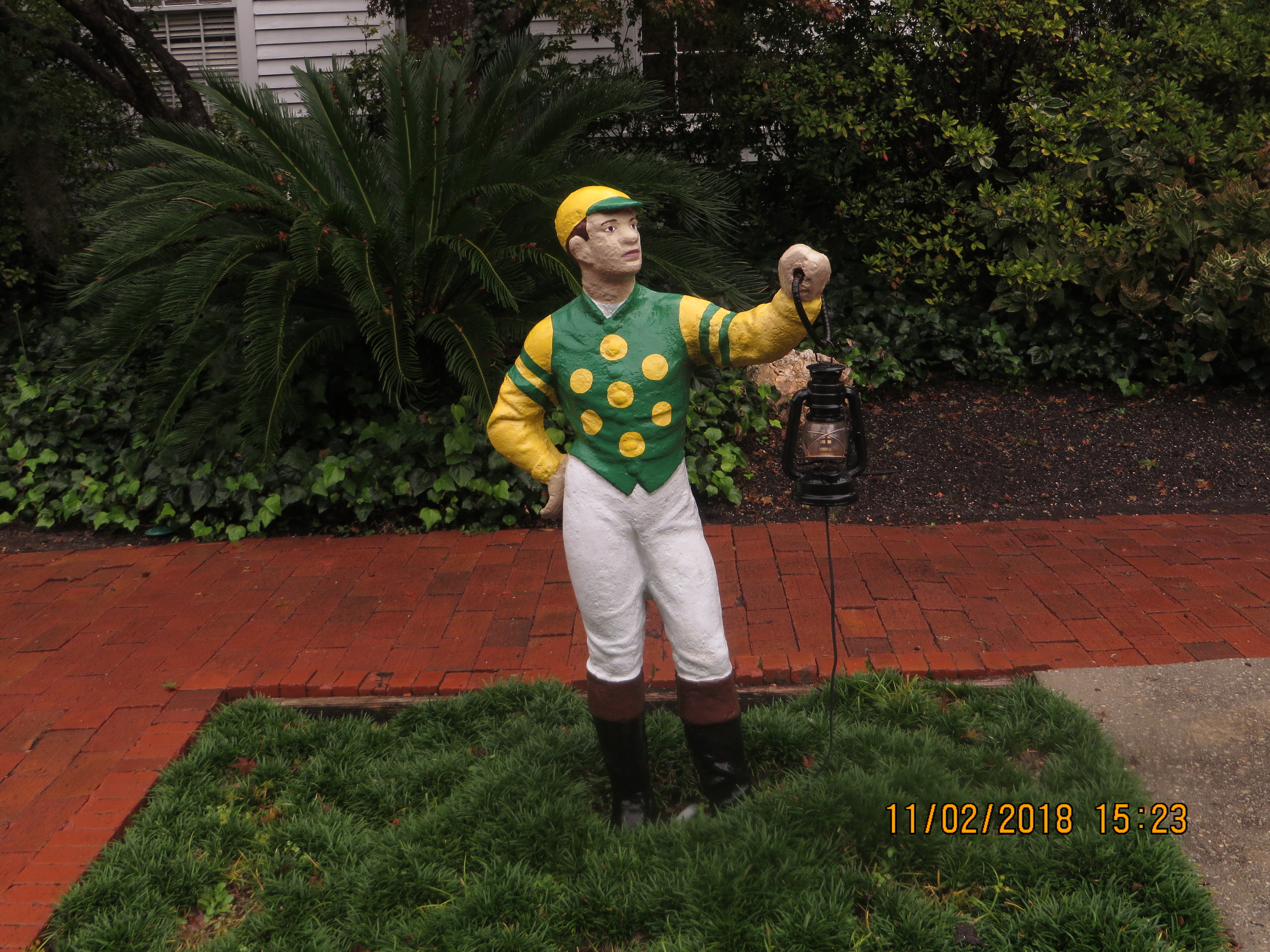