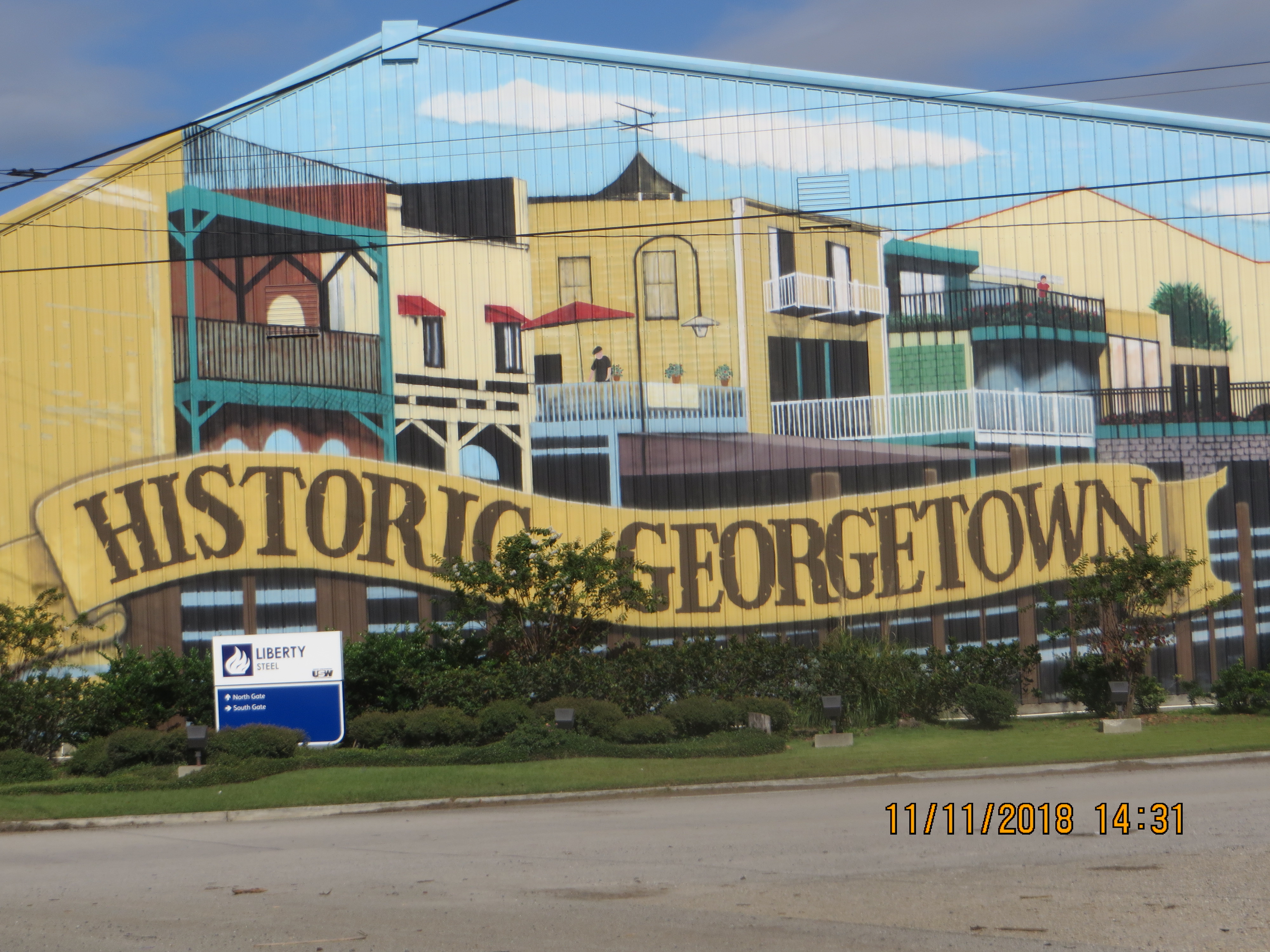 Picture, if you will, a place called the Sunset Lodge. The feeling evoked by a place with this name is one of relaxation, right? You are slowly rocking on the front porch while enjoying an adult beverage and watching the sun melt into a growing, glowing puddle in a beautiful lake. A flock of geese honk as they soar above on their way to nest and wildlife is settling down for the night in the woods around the lodge. No-see-‘ums? Not even one bite. Dinner is simmering and smells delicious. That’s probably exactly what happens nightly at Sunset Lodges all over the country and there are plenty of them. I am sure that most of them enjoy a small following of loyal patrons, but I’d bet good money that none of them have the national and international fame that the Sunset Lodge of Georgetown, SC enjoyed from around 1936 until 1969. Supposedly, you could go to Europe and say “Sunset Lodge,” and the person you to whom you said it would respond with, “Georgetown, South Carolina.” However, the patrons of the Sunset Lodge of Georgetown did not relax by rocking on the front porch. It was a world renowned brothel. It is said that for many years, the lodge was one of the most visited attractions in the state. In fact, it was second only to Fort Sumter.

Several years ago, I stumbled across an article about the Sunset Lodge in one of those free newspapers you pick up at the grocery store. We were in Pawley’s Island area at the time and I have not been able to get the story out of my mind since reading about it. Intrigued by the idea that a brothel could prosper for almost four decades right out in the open in the Bible belt town of Georgetown, protected by law enforcement and the press, I started digging for more information. I found more articles online and read a great book entitled “Keeper of the House” by Rebecca Godwin which is a delightful work of fiction based on the Sunset Lodge and its cast of characters.

The story starts with Hazel Weiss. A native of Indiana, Hazel was reportedly running a house of ill repute in the Florence, SC area when she was recruited by Tom Yawkey to move her business to Georgetown. It was thought that providing the services of “Hazel’s girls” to the construction workers building the nearby International Paper Mill would keep the crews from bothering the local women. Mr. Yawkey was the owner of the Boston Red Sox and a major property owner along the coast of South Carolina in Georgetown County, having inherited around 15,000 acres from his uncle. He and his wife, Jean, loved to spend their winters in the mild climate of the coastal South Carolina. Yawkey was quite the outdoorsman, spending his time hunting and fishing on his estate. He is said to have donated one of the largest parcels of land ever given to the state of South Carolina, and a wildlife center bears his name. The Yawkey Wildlife Center encompasses around 20,000 acres today.

By all accounts, Hazel ran a tight ship. The girls never went to town alone, and when they did go, they were dressed appropriately (no shorts – scandalous!) and strictly adhered to high standards of behavior. The merchants in town benefited financially from doing business with the lodge and the “sporting girls.” They also benefited from doing business with the out of town clientele who visited the lodge. Hazel did not tolerate drunks and rowdy behavior. A local physician was seen visiting the house regularly, black doctor’s bag in hand, checking each girl to make sure they were disease-free. Each of the working girls had a certificate of a clean bill of health that was posted under glass on the nightstand so that it was easy for her clients to see. If a girl came down with a infectious disease, she was relieved of her regular duties and sent to work in the kitchen until she was well enough to go back to bed. (Why, yes, I do see the irony in that sentence.) Nothing blows up a business plan quite like having clients take home a little something “extra” to their wives in the form of a disease.

Hazel was a big supporter of law enforcement, giving money around the holidays to deputies and patrolmen. The local charities could always count on Hazel for a donation, be it the March of Dimes or Girl Scouts or Little League Baseball. There was a rumor that she helped build a church, and she was known to give to the hospital as well as provide food baskets to the poor.

Over the years, several interesting traditions evolved around the Sunset Lodge. For starters, it won’t be hard to believe that the lodge became a stopover for the Red Sox baseball team heading down to Florida for spring training. Also, it is said that a group of men from Darlington started a fishing club and were regular visitors at the lodge. They stopped on the way out of town to purchase fish to take back home for their wives to fry up. (This might be a good spot to sarcastically insert “Boy will be boys!”) A group of golfers from Charlotte named their golf group “Tesnus,” which is Sunset spelled backwards. River tug pilots and yacht owners scheduled boat repairs in Georgetown. Sailors who came into port in Charleston would catch a bus up Highway 17 to get to the Sunset Lodge; sometimes the bus would be full of sailors all heading to the same place. Hazel’s birthday, October 28, was a big event at the lodge. Everything was free, and by invitation only, to the socially elite gentlemen of Georgetown. The town’s florists quickly learned to order extra flowers for that week. Often, a church pastor would visit the sheriff and implore him to close the lodge on moral grounds. The sheriff would tell the minister to have his church leaders and deacons come see him and make the case that he should close it, but for some reason, they never did. On more than one occasion, a man ran into his father at the lodge. Awkward! Every spring, when the SC legislature was adjourned, Hazel closed the lodge to the public and made the facility and girls available to the state judges and legislators that week. They stopped by the Palmetto Club in Columbia to pick up box lunches for the 125 mile drive to Georgetown. The same men who would never dream of legalizing prostitution had no problem partaking of it on the sly.

The Sunset Lodge closed in 1969. Accounts vary as to why it closed. It may have been shuttered by the sheriff or maybe Hazel closed it on her own, possibly due to illness. The people who bought the property said that it was many years before men stopped driving around back and tapping on the door. The building was brought down by fire sometime in the 1990s, so we could not find any remains of the lodge. We did find a sign earlier this week for a Sunset Lodge on the side of Highway 17 outside of Georgetown, but I am not certain that it belonged to Hazel’s business. Yes, darkness has settled on the famous Sunset Lodge of Georgetown, but oh, did it ever have its day in the sun! 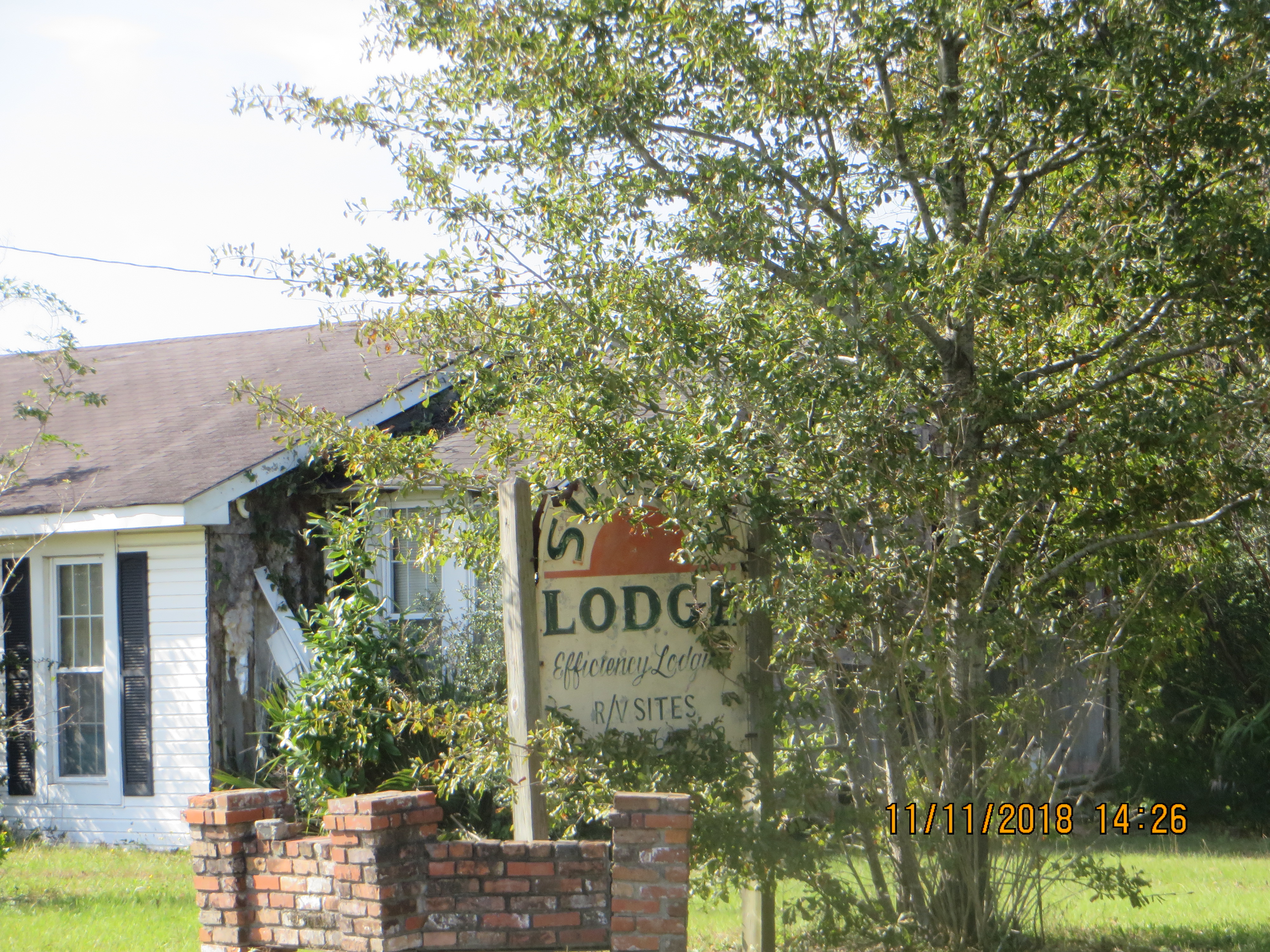