Georges Claude would be a proud man if he could see the Boneyard. Never in his wildest dreams could he have imagined that his invention of the neon light circa 1910 would make possible the impossibly magnificent neon marquees and signs that set Las Vegas apart from any other city in the world. It’s a long way from Paris to Vegas unless you are talking about the Paris Hotel on the Strip. But I’m talking about Paris, France. A native of the Gallic capital city, Georges Claude, often referred to as the “Edison of France,” was an inventor and engineer. His first large neon light was designed for the Paris Motor Show. In 1923, he sold a couple of neon signs to a man who owned Packard dealerships in San Francisco and Los Angeles. The nascent technology quickly lit up the advertising world. (Pun intended.) You could say that Las Vegas took a shine to it like no place else.

Having sprinted through my self-imposed limit of four rolls of nickels and one roll of dimes in no time flat, I resigned myself to facing the reality that my gambling days were over, at least for this trip to Sin City. It was exciting but short-lived, kinda like a fun-size Snickers. That’s OK, I had a good time and was not one bit remorseful even though I had nothing to show for my time at the slots. However, without a doubt, I reaffirmed the truth in that slogan, “What Happens in Vegas Stays in Vegas.” My coins will be staying in Vegas after we leave. (Speaking of coins, take my advice and leave them at home. If you bring coins, you will just have to queue up at the cashier to change them into bills. Coins are a thing of the past in Las Vegas. You have to put folding money in the slots now. No more wandering around the casinos with buckets of quarters, dimes, and nickels.)

My pockets empty, I started looking around for something else to occupy our time here when Rick’s meetings are over. I was richly rewarded with lots of options, many of which were quite off-beat. No surprise here, it being Vegas and all. But several really interested me and the Las Vegas Neon Museum was at the top of the list. You should see the old neon signage of Las Vegas that somebody had the good sense to salvage! The Neon Museum set up shop and hung out its own neon sign in 1996 and has been working since then to collect, preserve, restore, and display the classic neon signs of Las Vegas. It was such a treat to see these icons of the Strip in what the museum calls the Boneyard. These folks are serious about it; this is a 501(c) 3 nonprofit museum and almost all the artifacts have been purchased and restored through fundraisers. A few have been donated and several have been fully operational when the museum received them, but more often than not, the signs are not functioning when they are acquired and need alot of expensive restoration. This priceless stuff could have easily ended up in the metal recycling dumpster had it not been for someone with a love of neon. No doubt, the collection will continue to grow as Las Vegas changes. It is absolutely genius that the Neon Museum has partnered with the City of Las Vegas to illuminate and decorate a section of Las Vegas Boulevard; it has been designated a National Scenic Byway. At night, this stretch of roadway truly becomes a work of art. It would probably look gaudy anywhere else, but it fits right in here. 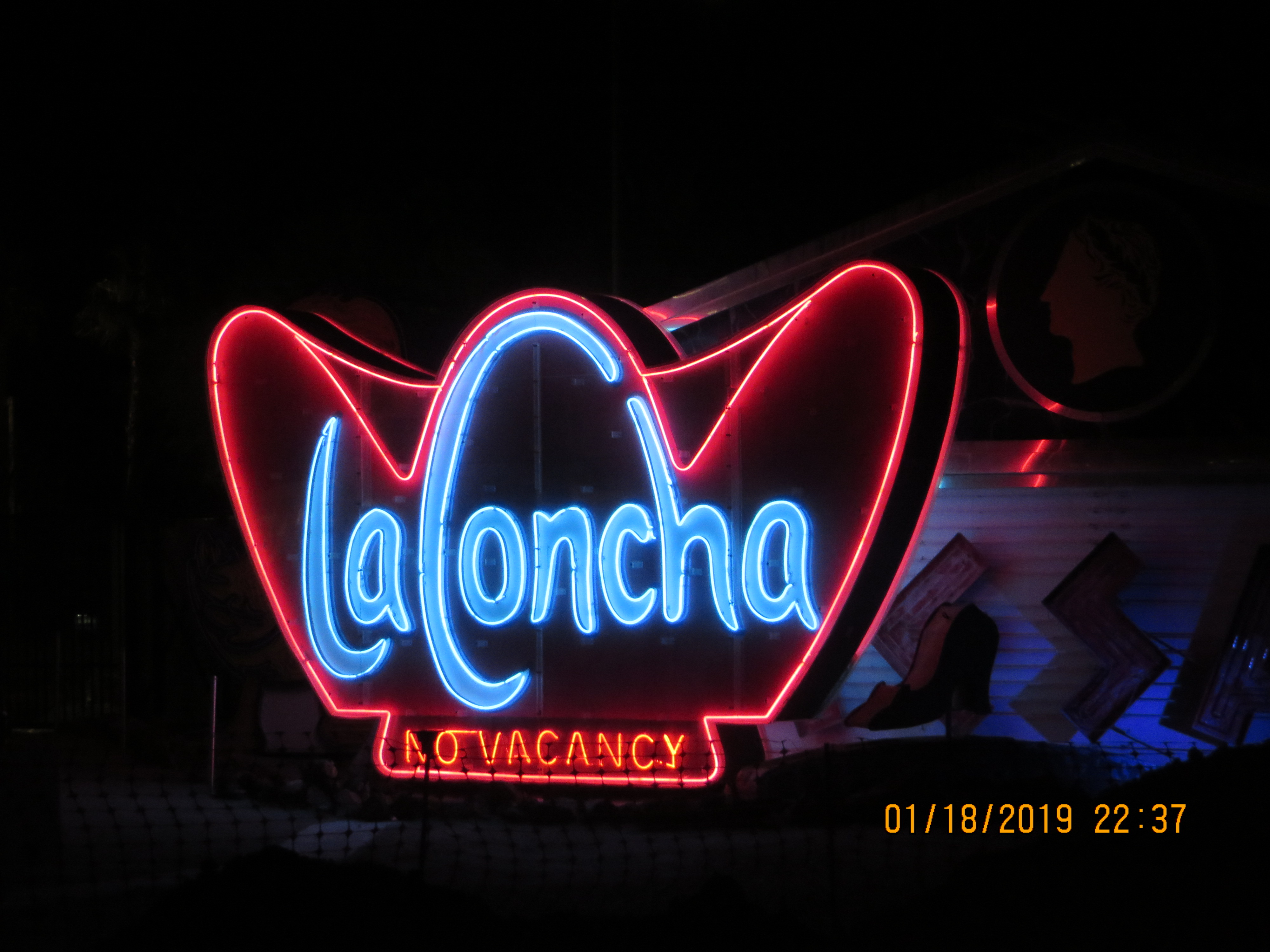