“Today is payday at the mines and if you want to stay around, you will undoubtedly hear the bawdy music that pierces the silences of the night air, the hard laughter of the girls, and the rowdy voices of the miners.” —Kate Graves, Rhyolite resident

I had not really given that much thought to ghost towns of the Old West until we were in Montana several years ago. Meredith was fascinated with the idea and tried to find one to visit that was close to where we were staying, but we just could not make it happen. When we read about the ghost towns of the Death Valley area, we knew we had to see Rhyolite. Wish Meredith could have seen it with us; she would love it! 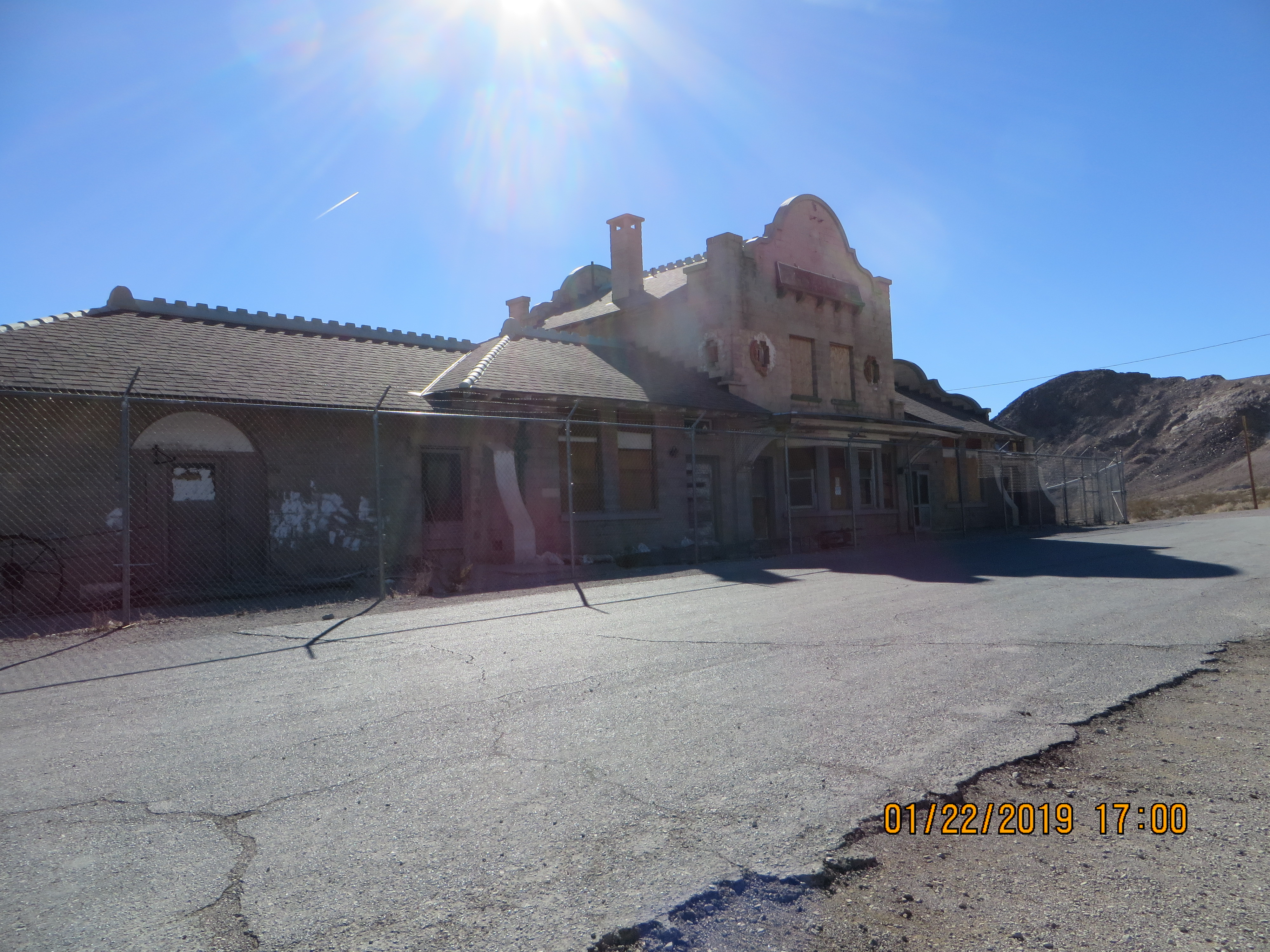 The train depot and an old train car. 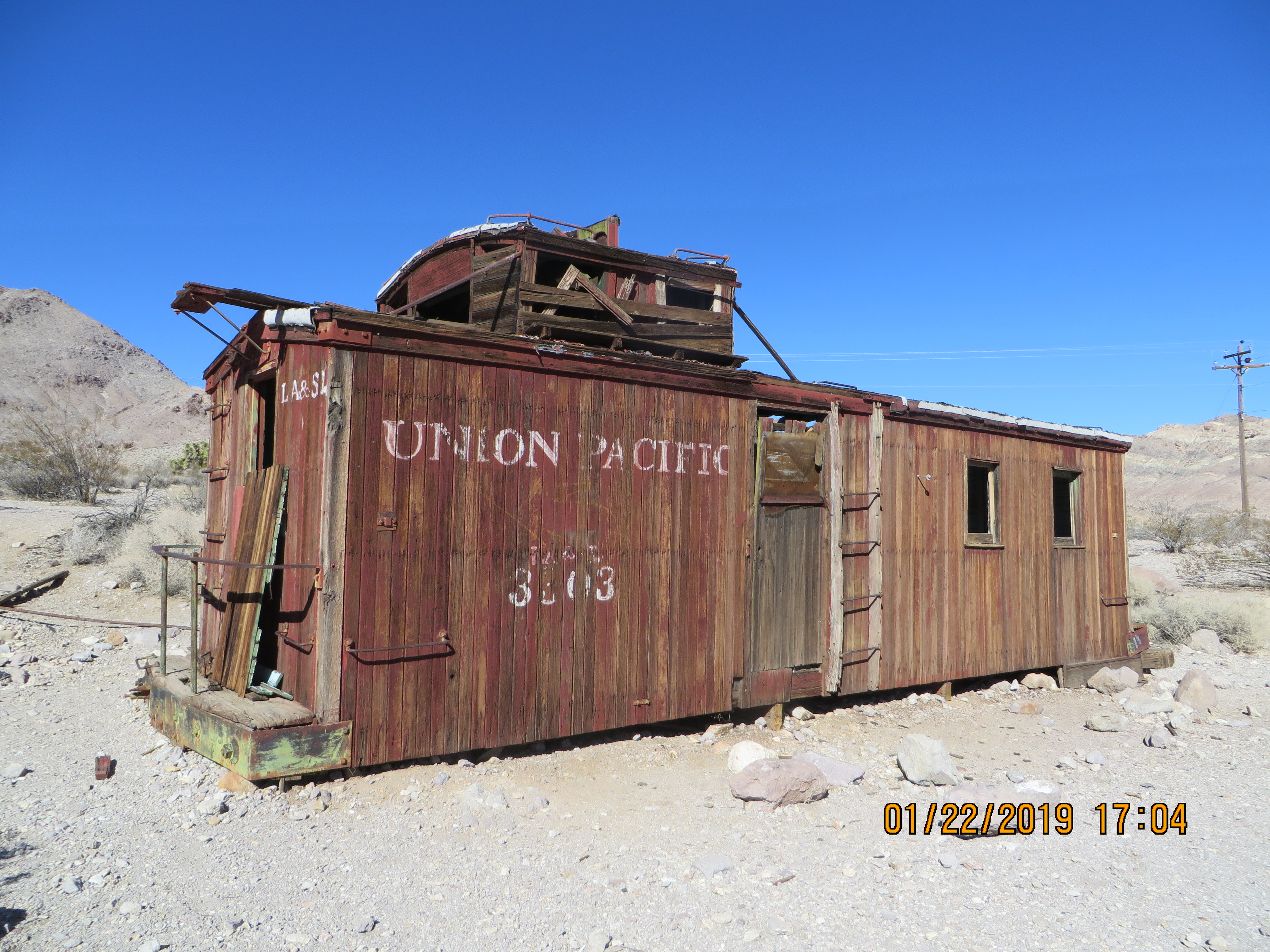 Gold was discovered in the area in 1904. Mining camps quickly grew up around the discoveries. The town of Rhyolite was founded in 1905. By 1906, it was turning into quite a modern town. Without a doubt, for a while, the town was on top of the world. In 1907, Rhyolite had a population between 5,000 and 8,000. Rhyolite even had indoor plumbing and electricity. It had 18 grocery stores, 39 saloons, 8 doctors, 3 railroads, and 35 gaming tables. There was a school for 250 children and a thriving red light district that drew “sporting girls” from as far away as San Franscico. There was even an ice cream parlor!

Sadly, Rhyolite’s glory days were short lived. The financial panic of 1907 took its toll on Rhyolite, and people starting leaving around 1910. It was not long until the departing trains were transporting more people than the arriving trains. Mines started to close and banks began to fail. The Montgomery Shoshone mine and mill, purchased by Charles Schwab in 1906 for somewhere between two and six million, was the most successful mine in the area. It closed in 1911. The town died when the plug was pulled on the power and lights in 1916. 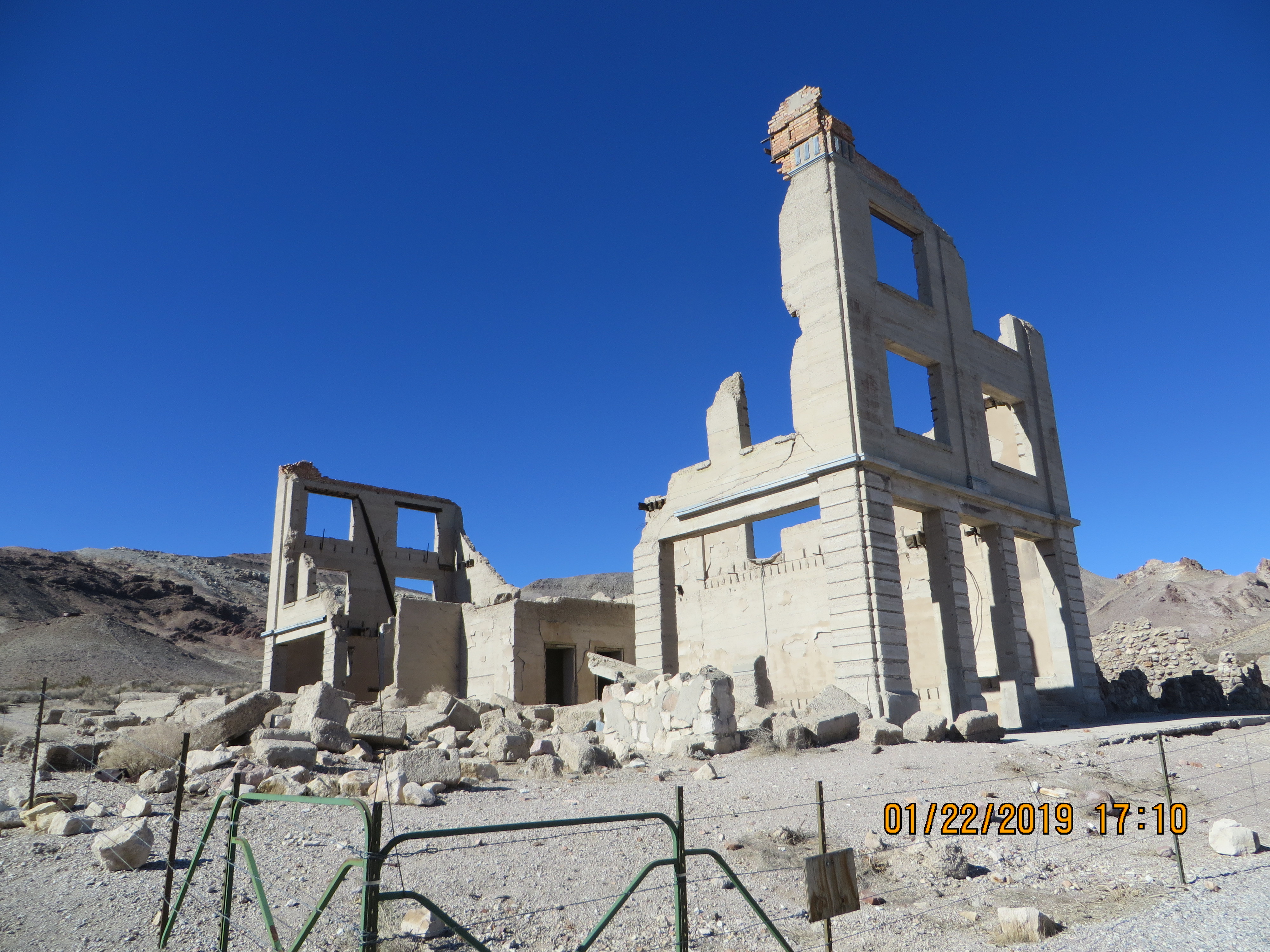 One of the three banks of Rhyolite. 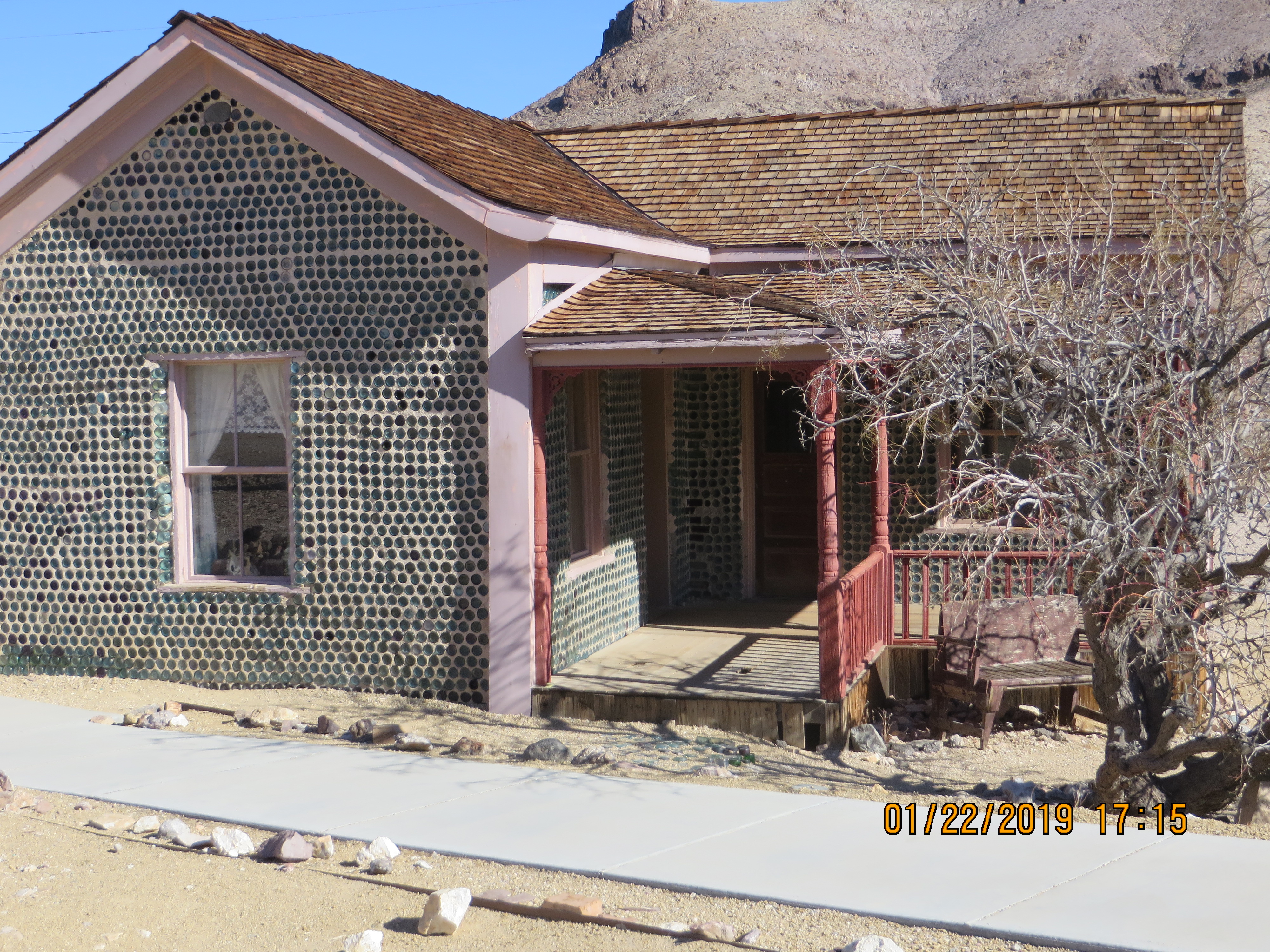 Tom T. Kelly’s bottle house. He built it with 50,000 wine and beer bottles. Mr. Kelly must have been an early believer in recycling.

It was such fun to visit an old ghost town of the Wild West. After traveling all over Death Valley National Park for more than two days, I found myself in awe of anyone who left the relative comfort of the eastern United States and struck out for adventure, fame, freedom, and/or fortune in the great unknown that was the western territory of the US around the turn of the twentieth century. Inhospitable doesn’t even begin to describe the terrain here. The summer heat and dryness had to be unimaginable. Consider this fact: the whole time we were in Death Valley, the wildlife count was as follows: 5 birds and 2 coyotes. Seriously. That’s really not alot of wildlife and we were out all day for two and a half days. And keep in mind that it is winter here now. You just have to admire and respect the bravery of these early explorers. I would love to meet Kate Graves and have her take Meredith and me on a tour of Rhyolite. 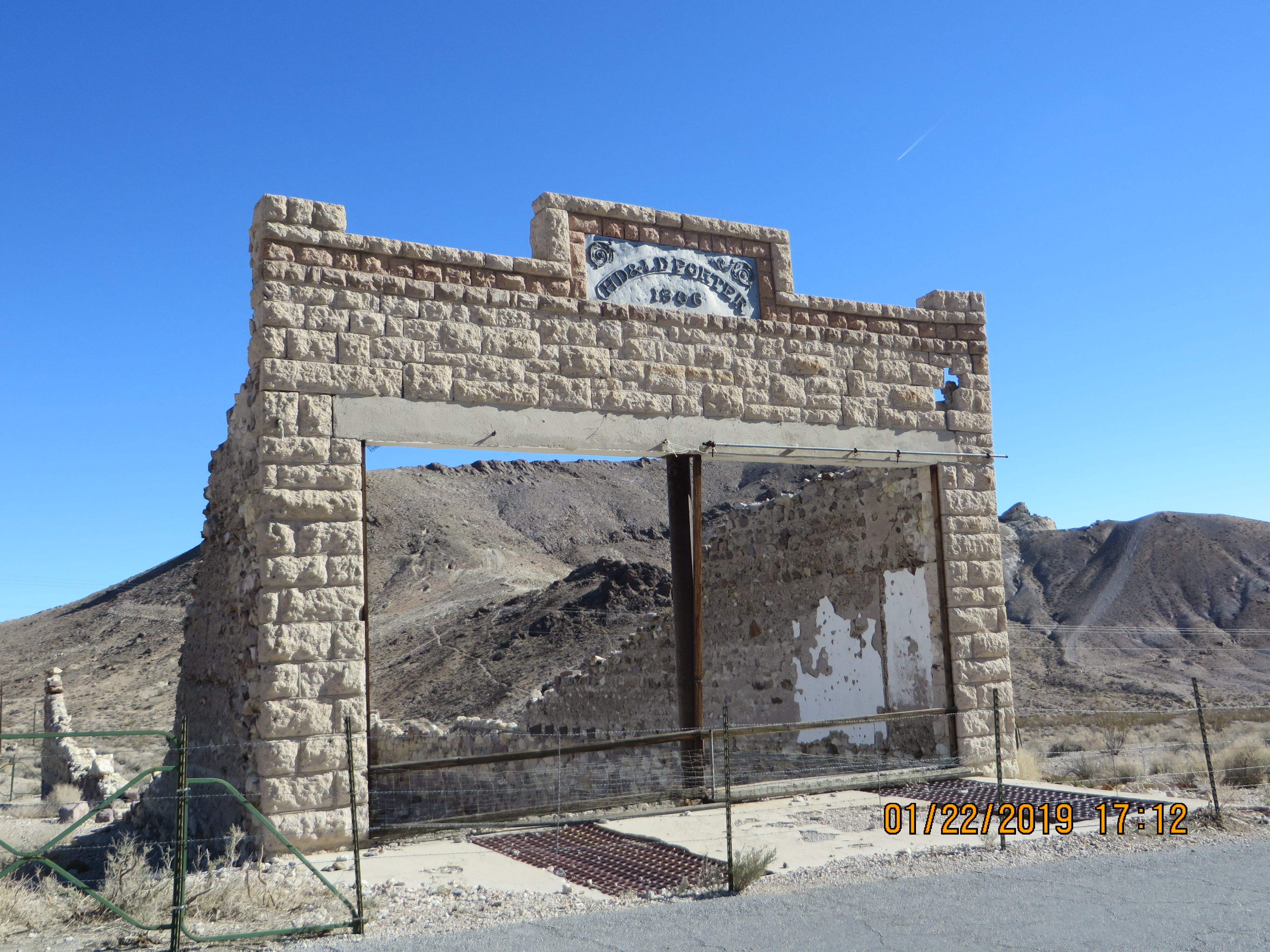 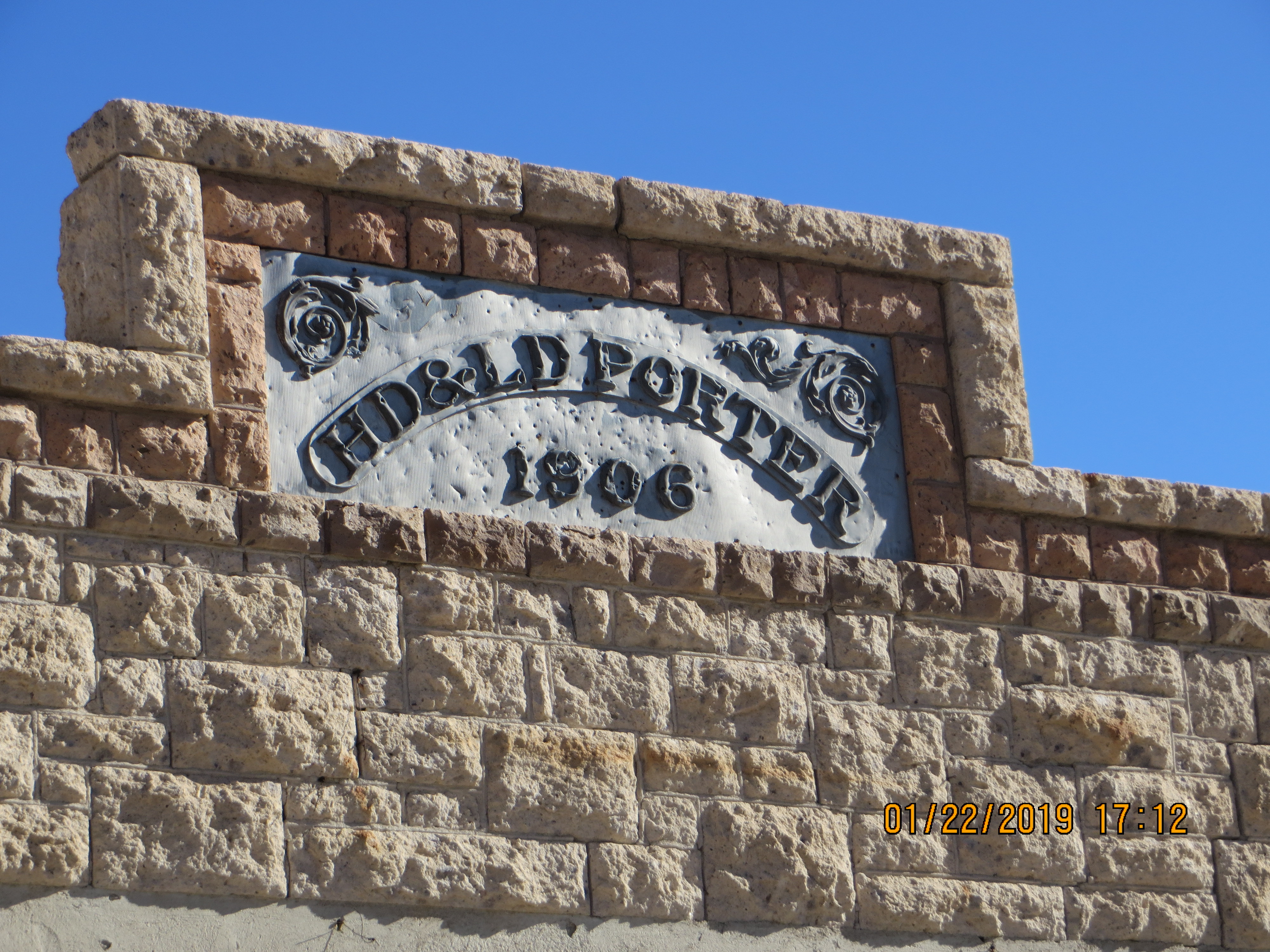 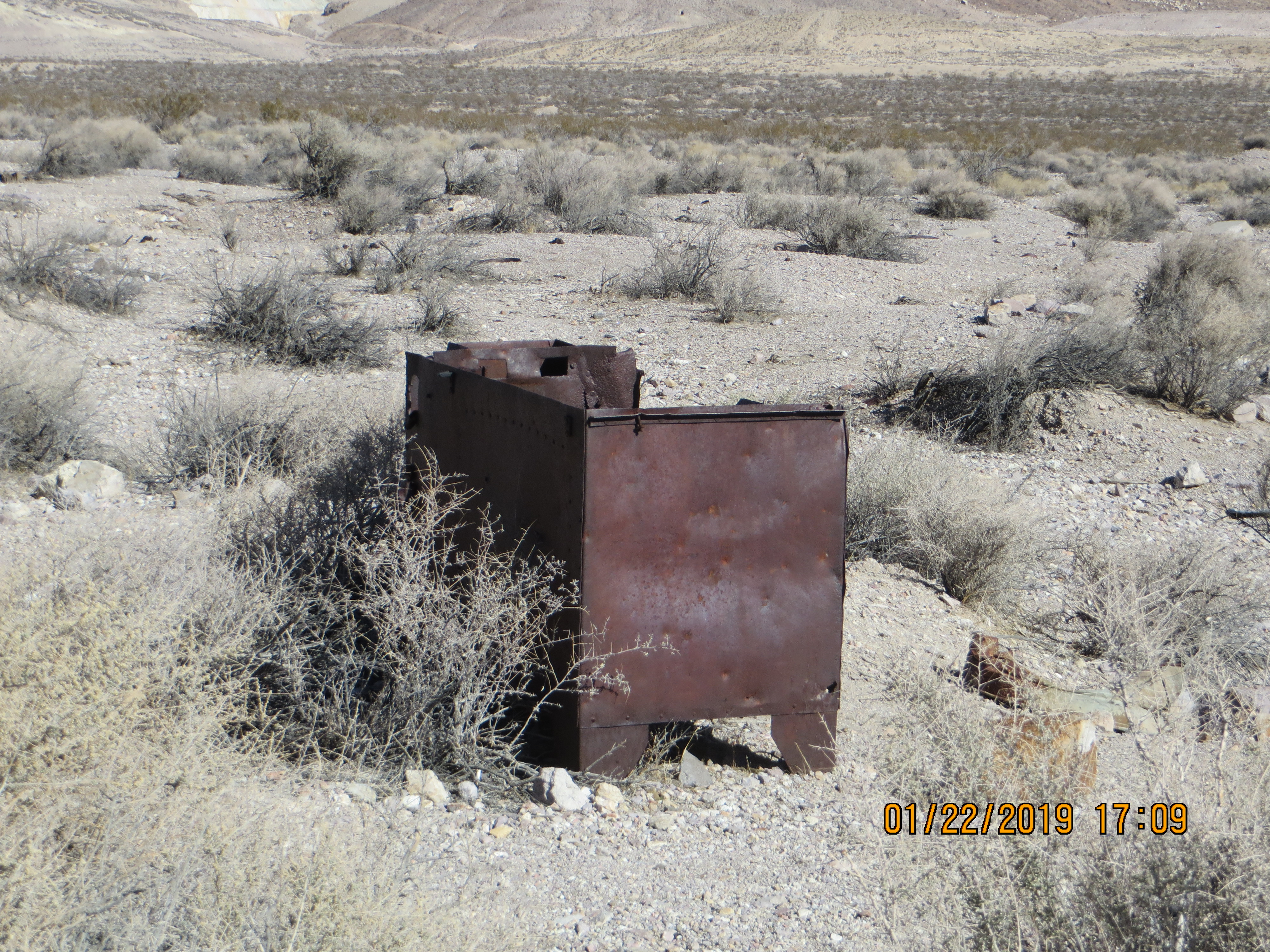