A Retreat from Prejudice

It’s quite poignant that the Fourth of July parties at the resort called Magnolia Beach Club were always the biggest celebrations of the year. Imagine celebrating the birth of a country that, even after so many years, still regarded you as a second class citizen. The Magnolia Beach Club was the only beach along South Carolina’s Grand Strand where black families felt assured that they could have a fun week at the beach without being harassed simply because of the color of their skin. The resort was a treasured retreat to which many families returned year after year. 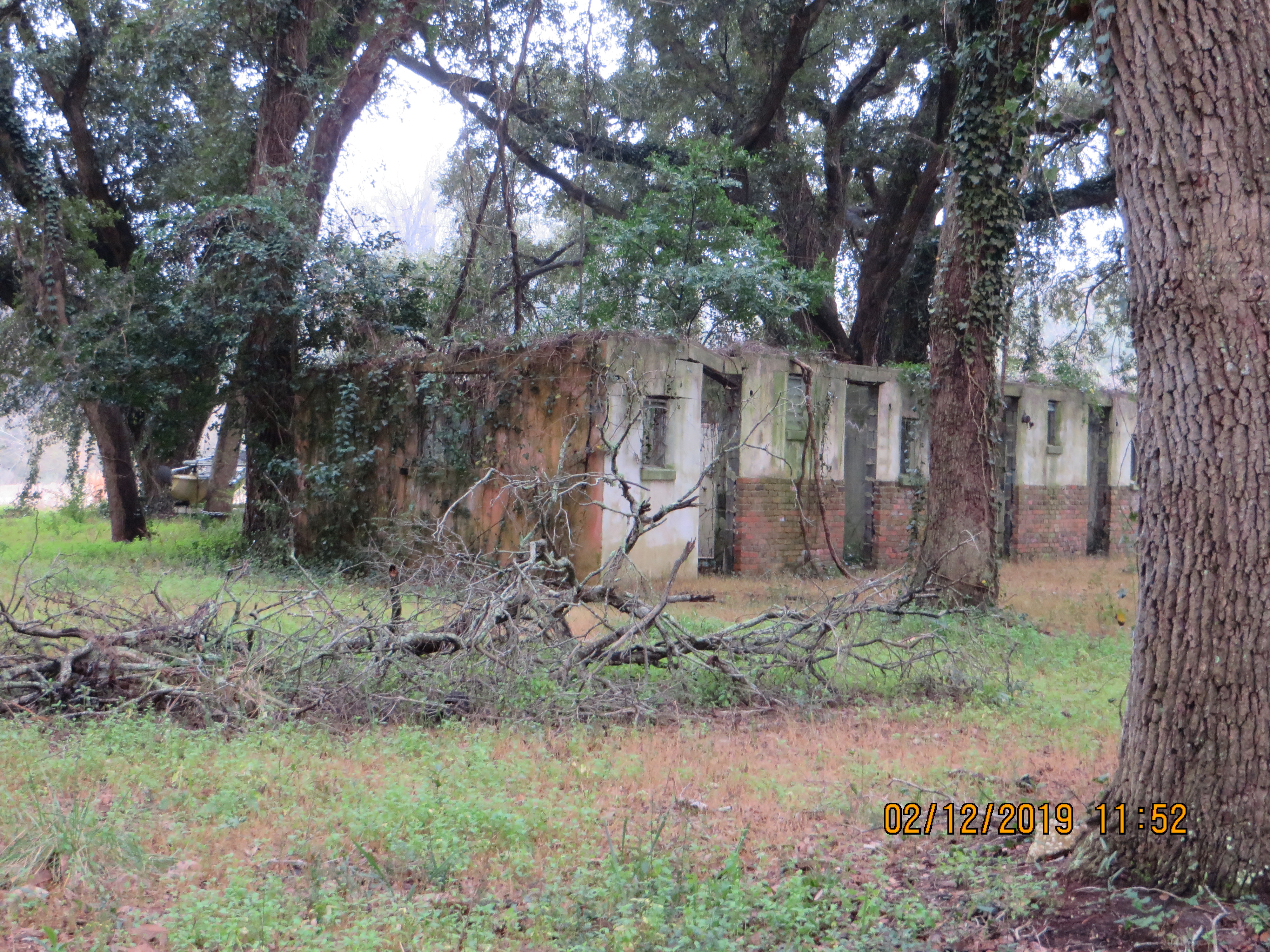 Magnolia Beach Club was owned and operated by a black family for the enjoyment of other black families. Frank McKenzie bought the 28 acre tract of land in partnership with Lillian Pyatt in 1934. The two of them began developing the property with the vision of creating a retreat where blacks could enjoy good food and drink, live music, fishing and other seaside activities without fear of racial discrimination. Mr. and Mrs. McKenzie and their children were stewards of the property for many years. He and their son, Donald, kept up the property and his wife, Miss Liz, ran the restaurant, serving seafood fresh from the creeks and inlets. You want locally sourced seafood and vegetables? Restaurateurs act like they invented “fresh.”  Miss Liz was so ahead of her time; I suspect that she just went out to the garden and picked fresh, vine ripe tomatoes and vegetables and then met the boats as they came in with the catch of the day.  No big deal. No need to advertise that it was fresh; what else would it be? She and their daughter, Dottie Jane, helped with maintenance and beautification, even planting an oversized floral “McKenzie” as a welcome along the highway. McKenzie Beach was adjacent to Magnolia Beach Club and the names are often used interchangeably for the entire parcel of land. It’s difficult to sort out and I could be wrong, but it may have been that the Magnolia Beach Club was the pavilion and night club at the McKenzie Beach Resort. 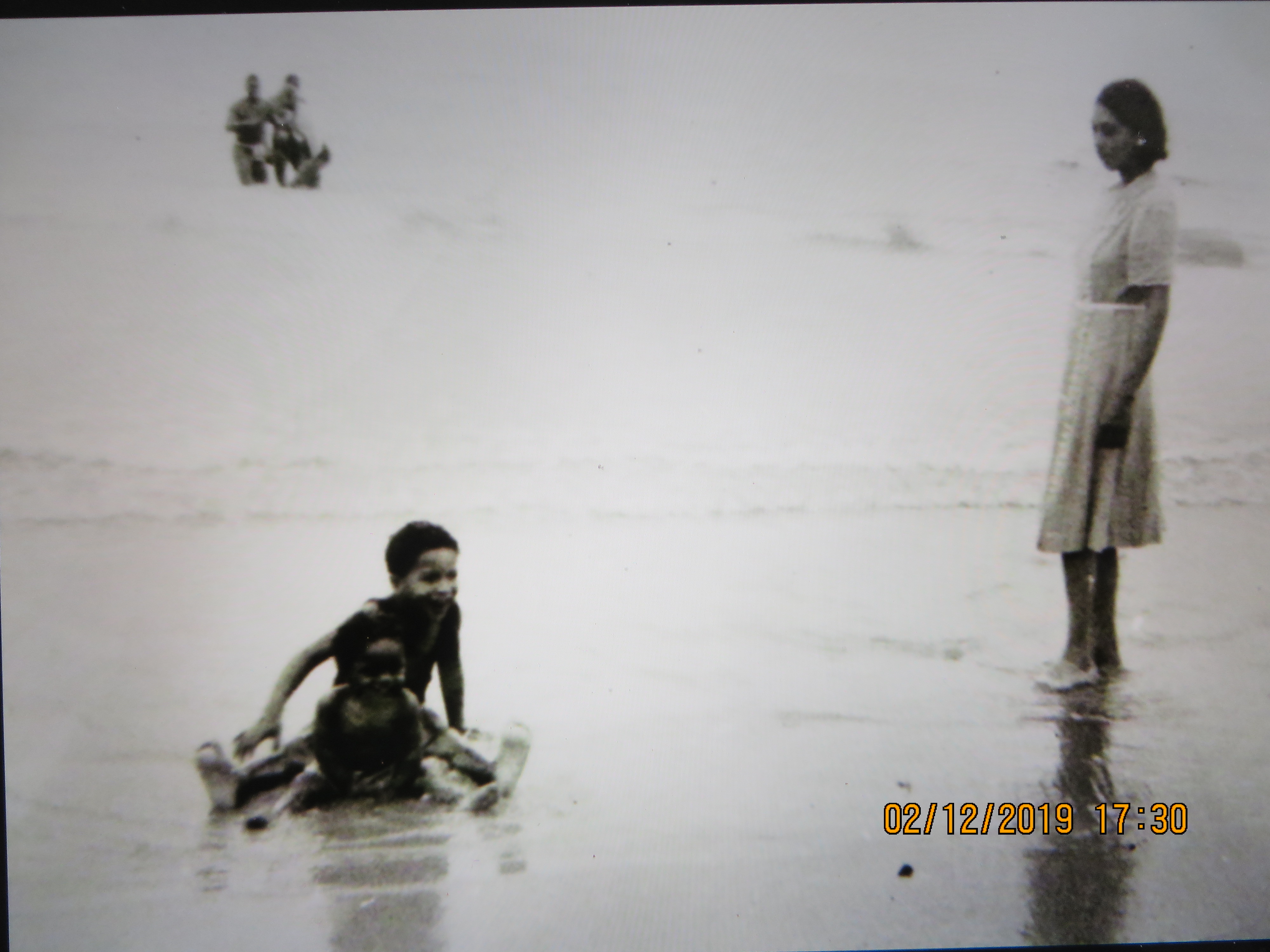 Old photo of families enjoying the shore at the resort

Magnolia Beach Club was of special significance because it gave black families from all over the Carolinas access to the Atlantic oceanfront at a time when such access was extremely limited to blacks in the Jim Crow South. Actually, there was nothing else like it on the shore of the East Coast from New York to Miami. And this place was quite a resort. There was a bait and tackle shop, cabins, a motel, a waterfront restaurant, and a pavilion for musical performances. Just imagine how that pavilion rocked with performances by such luminaries of the musical firmament as Count Basie, Ella Fitzgerald, Duke Ellington, Little Richard, and Ray Charles. Sadly, although these stars on the “colored circuit” could perform in Myrtle Beach clubs, they could not stay overnight in “white” hotels along the Grand Strand. 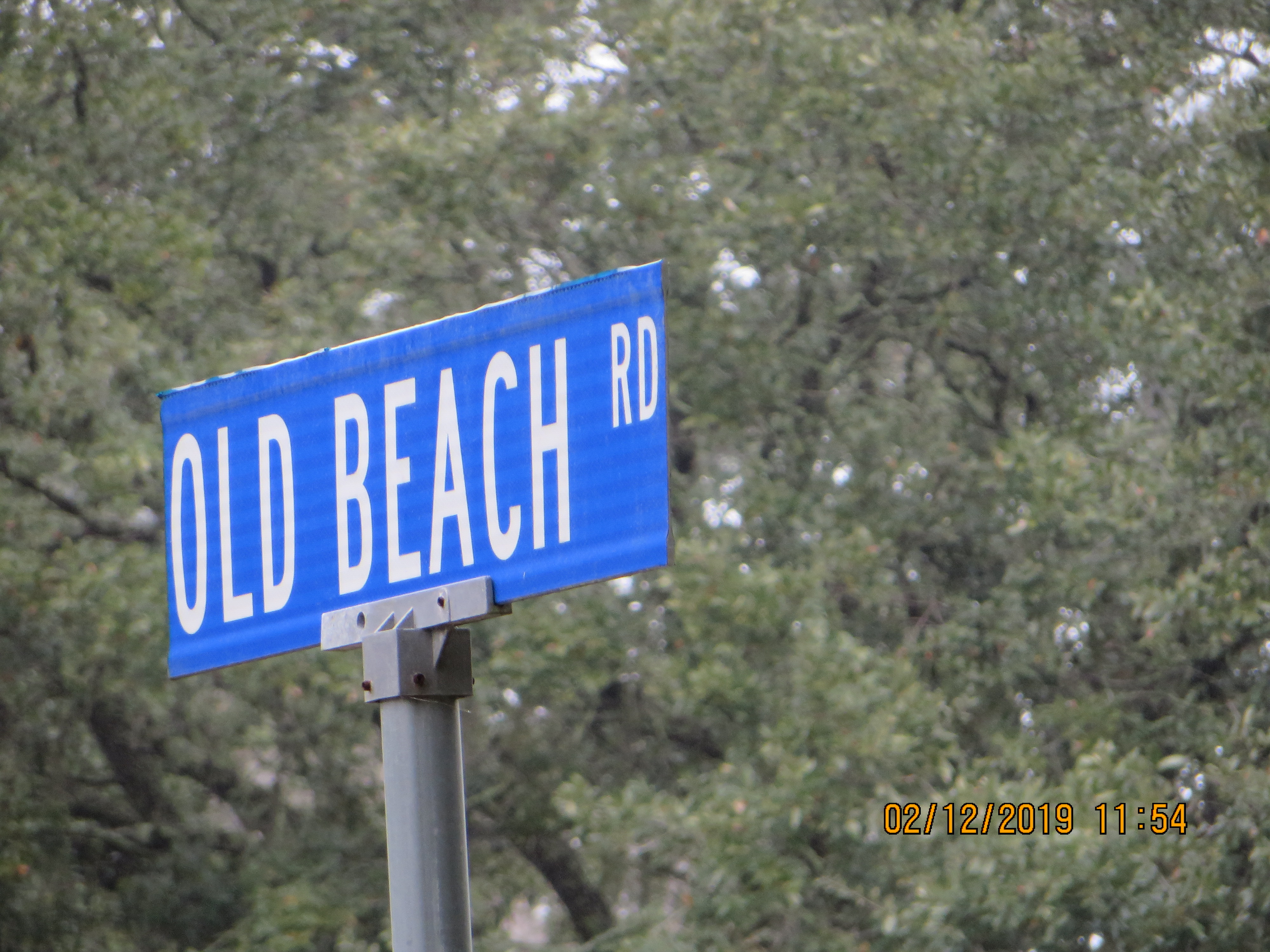 Old Beach Road is blocked by a fence on the property now.

Old Beach Road was used by guests for access to the resort. Automobiles and trucks that would now be treasured antiques rumbled along the road, passing groups of children happily walking to the shore with chicken necks and string for crabbing, fishing poles, and tools for sandcastle building. These folks were free to enjoy the beautiful and pristine South Carolina shore leaving hate and prejudice behind when they made the turn off of Highway 17. Some of the guests said that they slept better at the resort than anywhere else.

Category Four Hurricane Hazel blew through the area in October of 1954, leaving little of the resort standing in her wake. Many, if not most, coastal residents had no insurance to cover their losses at that time. Mr. McKenzie rebuilt a little motel and bait shop and it was called McKenzie Beach, but he was forced to sell the property in the 1960s due to financial problems.

We have been coming to this part of the state several times a year for about five years now. Every time we drive by that delapidated old motel, we slow down and talk about how much we’d love to know more about the place and go inside the fence for a closer look. We have stopped several times and taken photos with our phones. I was thrilled when I stumbled upon its name serendipitously and was able to find out more about it. 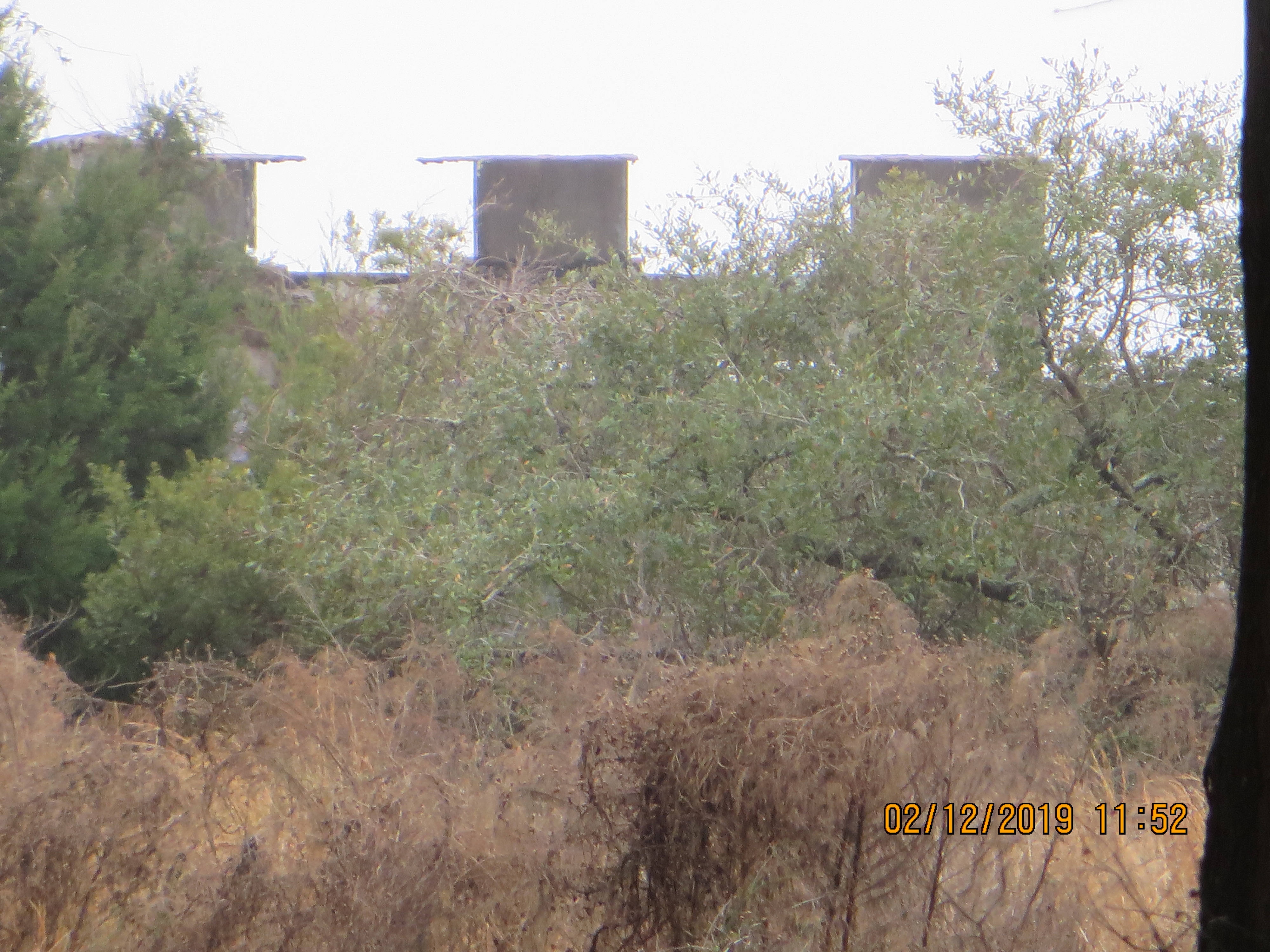 Ruins of the Magnolia Beach Club structures on the shore behind the fence. 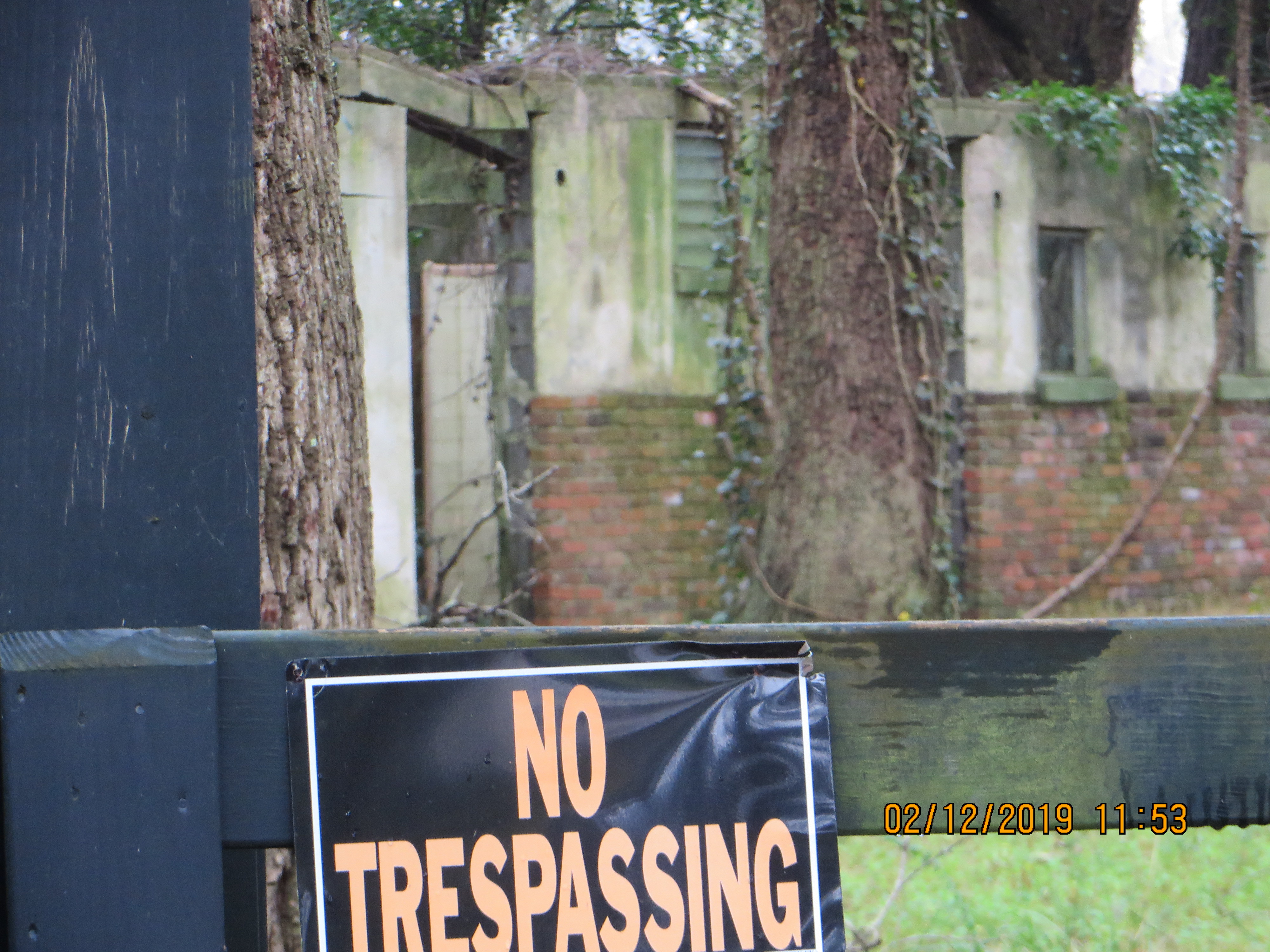 For me, this ramshackle old structure evokes such mixed feelings. On one hand, racism is a horrible stain on our country’s history and it makes me so very angry to think about it, but is it not wonderful that black families had a retreat to get away from it? There they could experience a week at the beach just like my family did. They could have a vacation from the harsh reality of life as a black person in those days. I realize that one day, we will drive by and the old motel will be gone, replaced by pastel beach houses or condos. That’s “progress.” But until then, when we drive by, we will imagine seeing happy friends and families who are uninhibited by being made to feel inferior because of the color of their skin and are simply enjoying the beauty of the South Carolina coast. 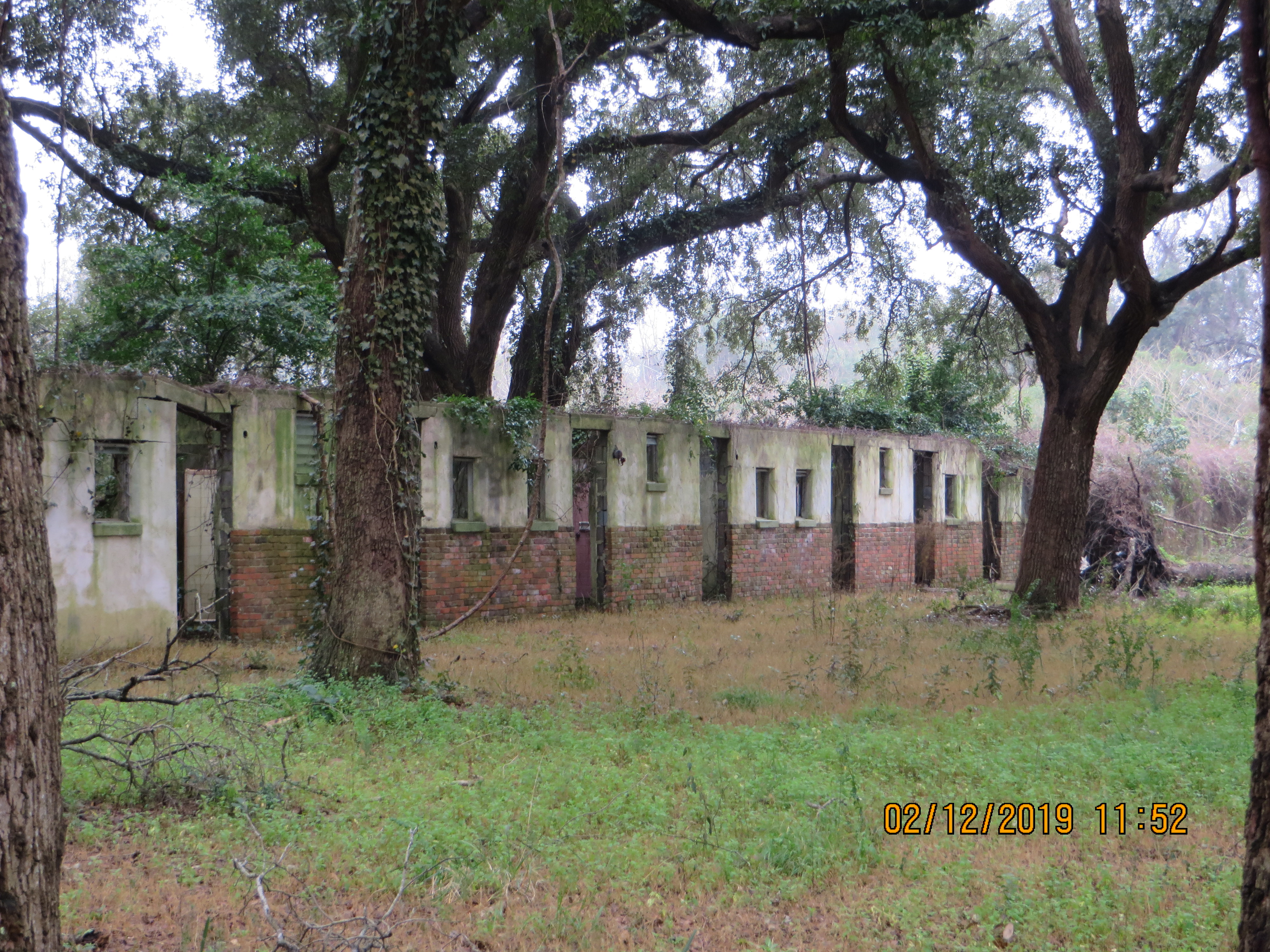