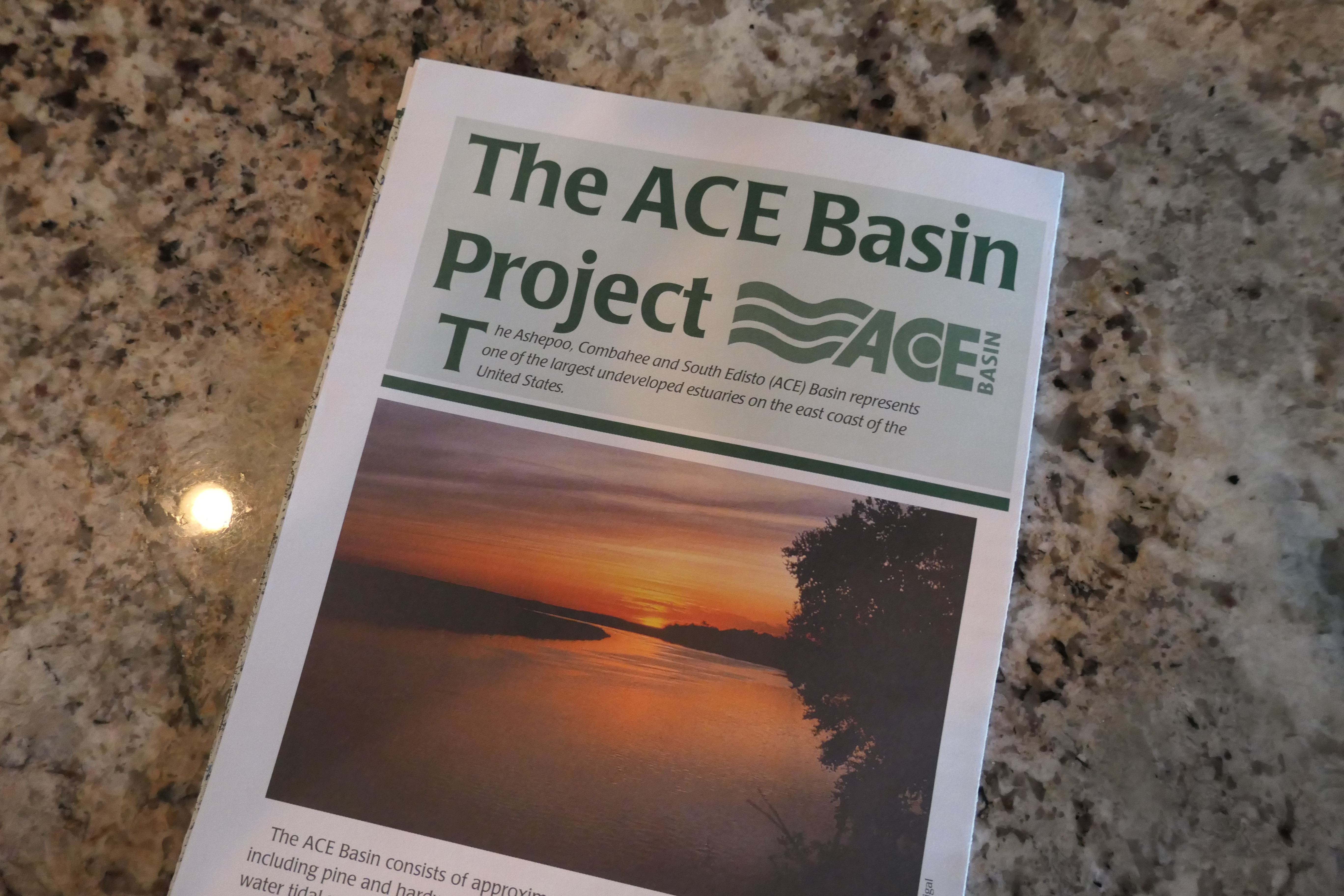 The story of Catholic Hill is incredible and I can’t wait to tell it. But first, let me explain how we found ourselves there. Last December, Dr. Al Segars spoke to my garden club about the amazing places all around us that are just waiting for us to experience. Al is a recently retired Department of Natural Resources veterinarian who always draws a crowd whenever and wherever he speaks. He can keep a roomful of people spellbound for hours. He gave everyone at garden club a copy of The ACE Basin Project. As I looked at that great big brochure, I decided that we needed to set a goal of seeing all the areas highlighted therein during the new year. Look at all the opportunities to “travel local,” as I call it! Mind you, the ACE Basin is about one million acres. Ambitious, I know, and here we are in mid-March, so time’s a-wasting, right? Then, last week at garden club, a fellow member mentioned going to Bear Island Wildlife Management Area (WMA) and seeing a gazillion Roseate Spoonbills and one Tundra Swan. That was all it took to spearhead what can only be described as yet another failed Lawson birding experience. We saw no spoonbills and nary a swan. We’ve sadly come to the conclusion that birding is not going to be one of the avocations mentioned in our obituaries. We never see the birds everyone else sees. We are just not lucky when it comes to birds. I guess I should have realized that when a bird pooped on my head in the Galapagos Islands many years ago.

So Rick drove and I read the sections in the brochure on “Driving the ACE Basin.” The driving trips are divided into east side and west side. Bear Island WMA is on the east side. After I read those directions, I turned my attention to the west side of the ACE Basin. That’s where I stumbled on to the paragraph about Catholic Hill. After Bear Island, we headed straight for Catholic Hill because this story is incredible. I love that I get to tell it on St. Patrick’s Day since it involves Irish immigrants.

Back in the early to mid-1820s, Irish settlers began farming an area of Colleton County not too far from Walterboro. The area they settled became known as The Crossroads. Roman Catholic by faith, these Irish plantation owners had their slaves baptized and worshiped with them in the little church they built and had dedicated in 1832 by Bishop John England, the first Bishop of Charleston. Named St. James the Greater, that structure was destroyed in 1856 by a fire that spread from a nearby field.

After the Civil War, many of the plantation owners fled. A former slave named Vincent de Paul Davis encouraged the other former slaves to hold fast to their beliefs and taught them to continue to practice their faith. For nearly forty years, although they had no priest and no church, they continued to worship as they had always done.

In 1897, along came Father Daniel Berberich, a traveling preacher. He heard of the congregation, was amazed at their faith, and helped build a new church around 1909. A tornado blew through the area in the early 1930s and destroyed that building. The congregation went to work and built a new sanctuary with leftover materials from the destroyed church and that structure is the quaint red church you will see if you drive by today. The church is described as having elements of late Gothic Revival style and is clad entirely with wooden shingles, which are not usually used in construction around these parts. Somewhere in time, the area became known as Catholic Hill and now is often just referred to as The Hill. 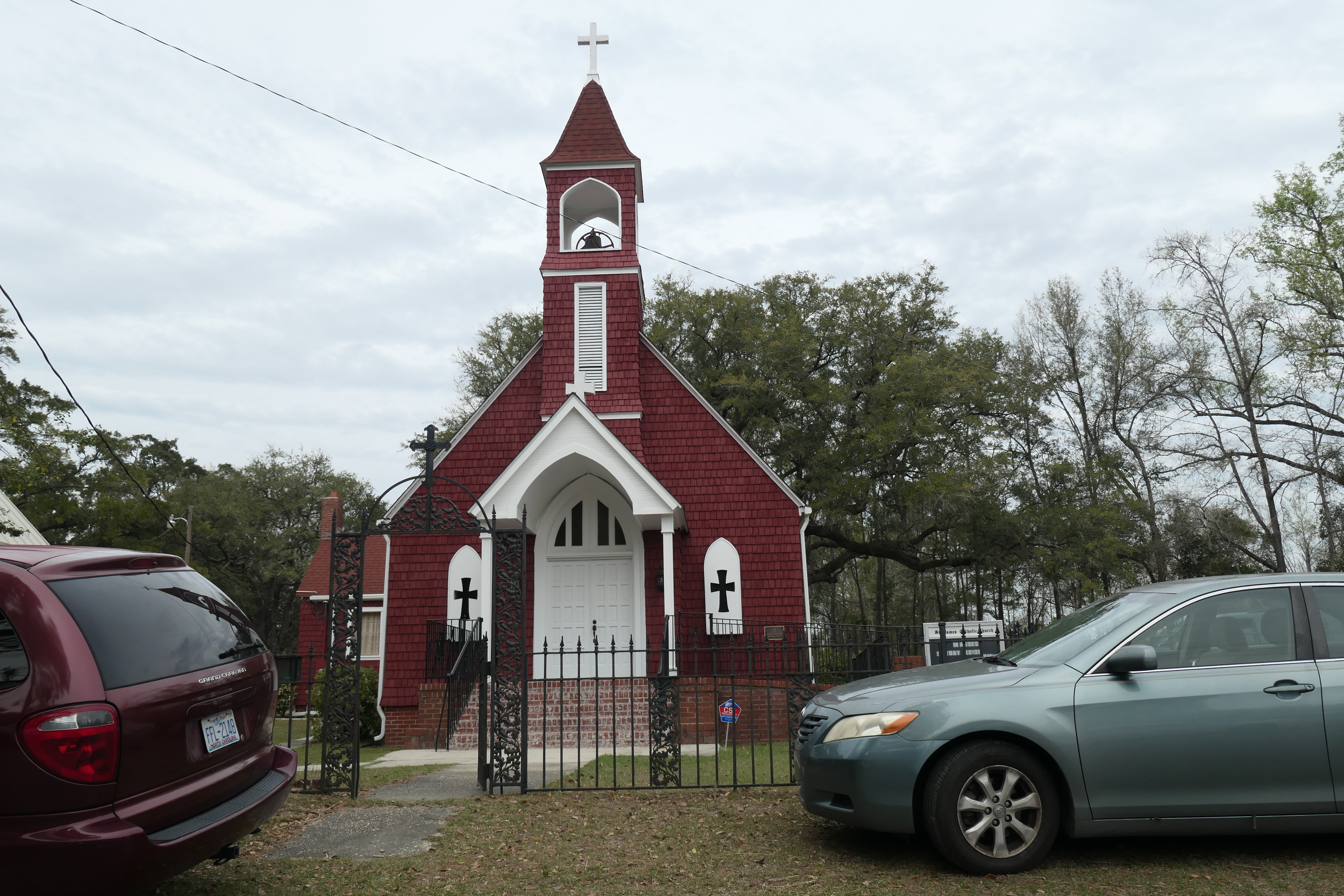 In 1901, they built a schoolhouse right next door to the church to educate the African American children in the area. African American teachers came from Charleston and over one hundred black children from the community of any religious affiliation studied at the school because schools were segregated at that time. Later, graduates of that school also taught there. When schools in South Carolina were desegregated in 1960, it marked the end of classes at the St. James the Greater Catholic School. 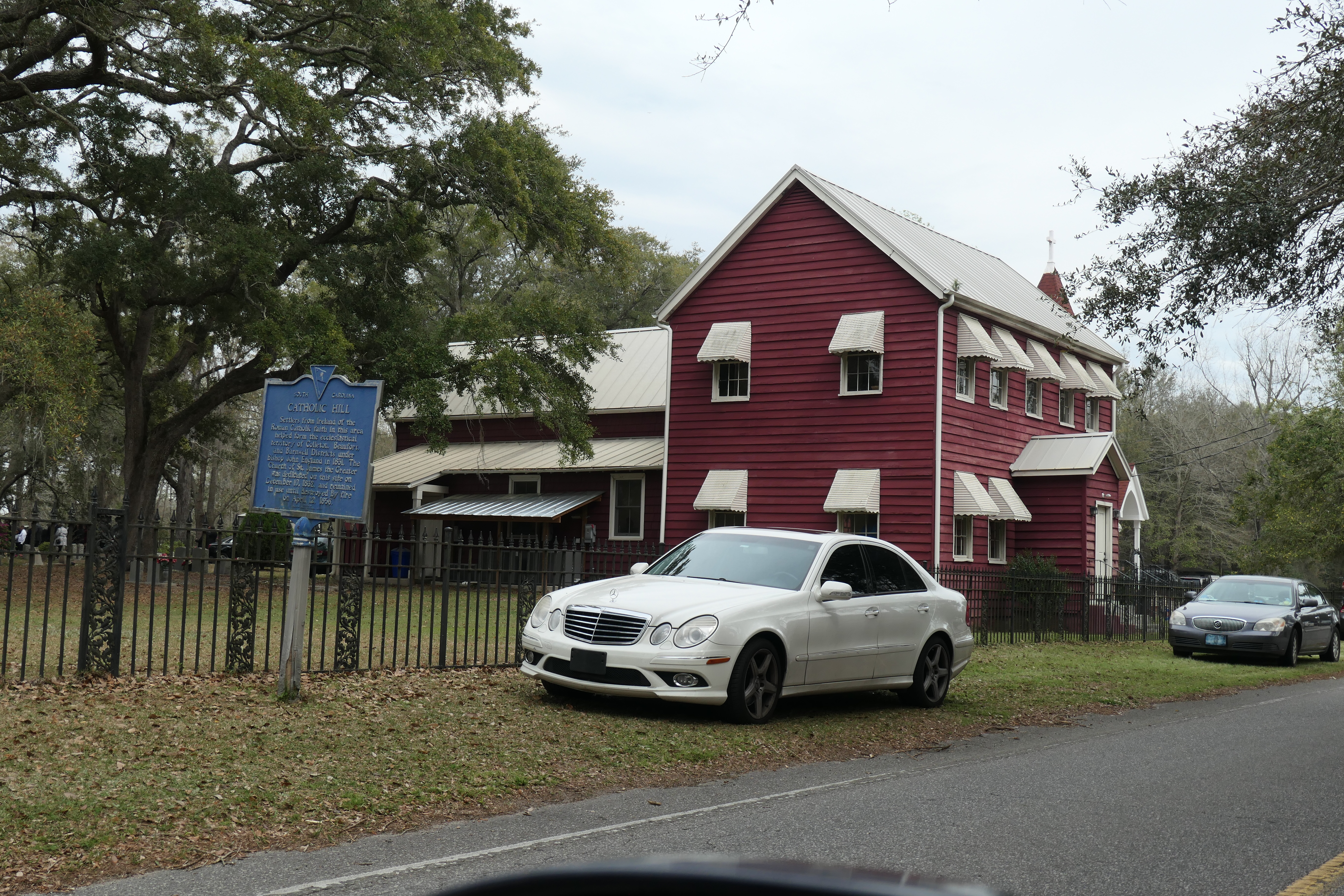 We really wanted to walk through the cemetery and look at the old gravestones. The oldest legible marker is dated 1835. The Irish plantation owners are laid to rest next to their slaves in this cemetery. When we arrived, a funeral was being held, so we just snapped a few pictures of the church and schoolhouse from the car and did not intrude into the cemetery. We will probably go back another day to see the old gravestones of slaves and masters resting peacefully side by side underneath the old live oaks.

Religious properties usually are not eligible to be listed on the National Registry, but St. James the Greater Mission represents something so rare that it was added. It is extremely rare to find an extant rural, Southern, African American Roman Catholic parish with its origins in antebellum times. I’d love to know where else one might find similar parishes.

Even though the crowd we saw in the churchyard was assembled for a funeral, it was nice to see such a large gathering of descendants of slaves worshiping as their ancestors had done so very long ago on the same little plot of land. I remarked to Rick that our state is quite a history book. He retorted that each and every one of the states in this country is a history book. I know he is right, but even with all its warts and flaws, I like ours best. 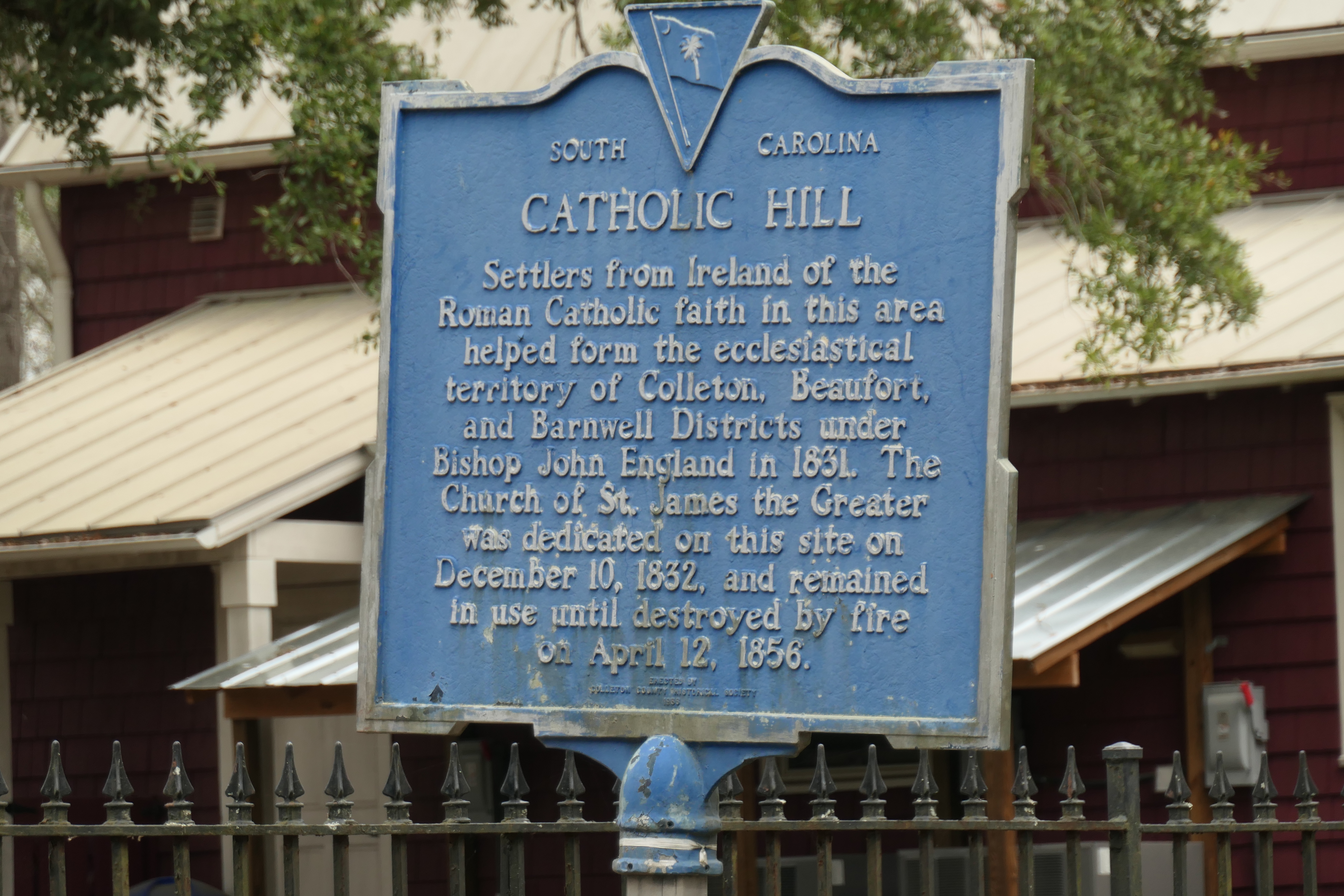