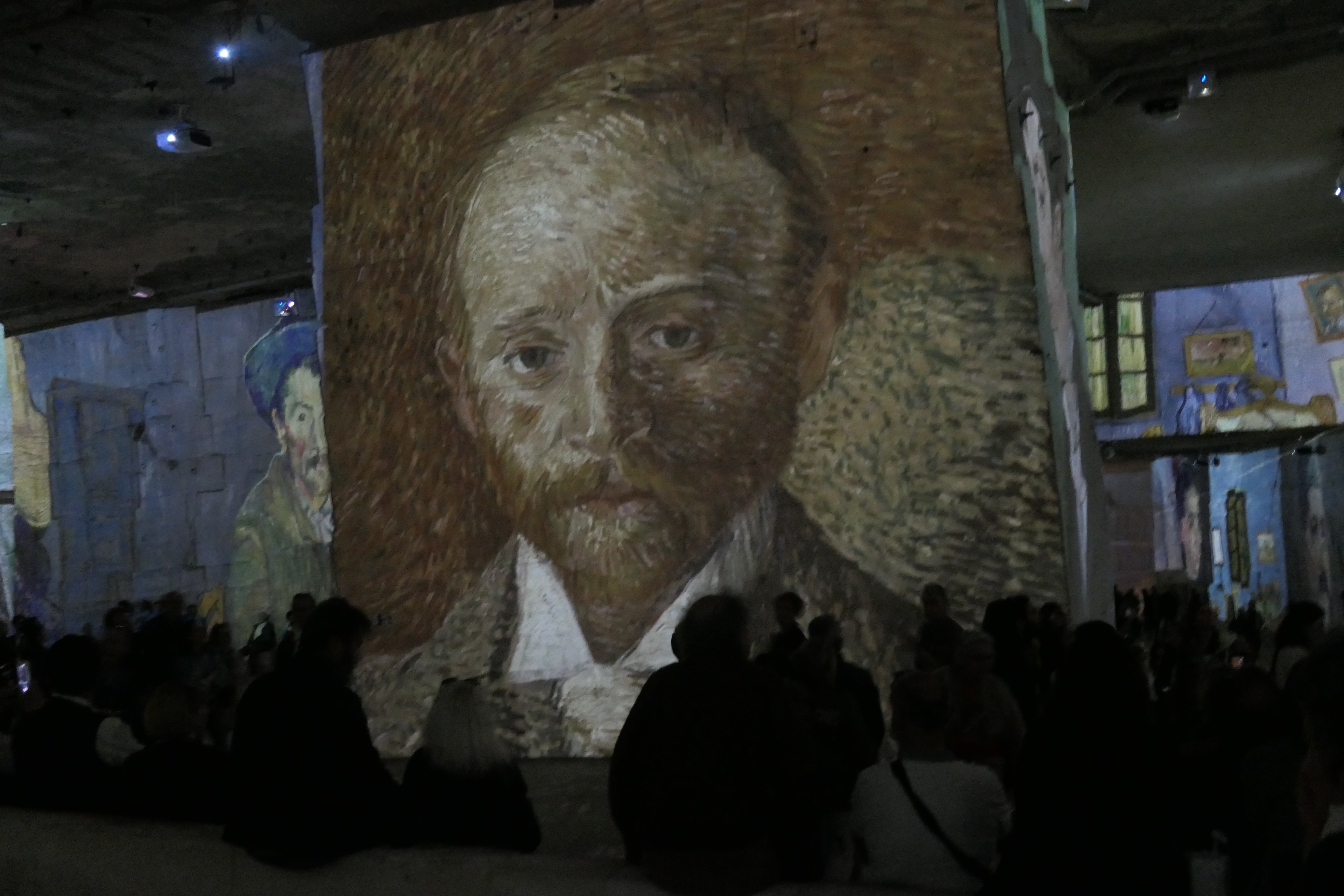 It was widely anticipated that yesterday morning was to be spent walking in the footsteps of Vincent van Gogh in the French town of Arles, but a bull got there first, so we did not argue the point. We had come to Arles just to see the cafes, houses, gardens, and bridges made famous by the poor tormented soul who is now revered as a true artistic genius. Vincent is much beloved in Europe nowadays, although he was certainly not esteemed by anyone during his lifetime. The Dutch artist is celebrated in fabulous style at the van Gogh art museum in Amsterdam. It is truly one of the best art museums, in my humble opinion, mainly because it is all about Vincent and no one else. 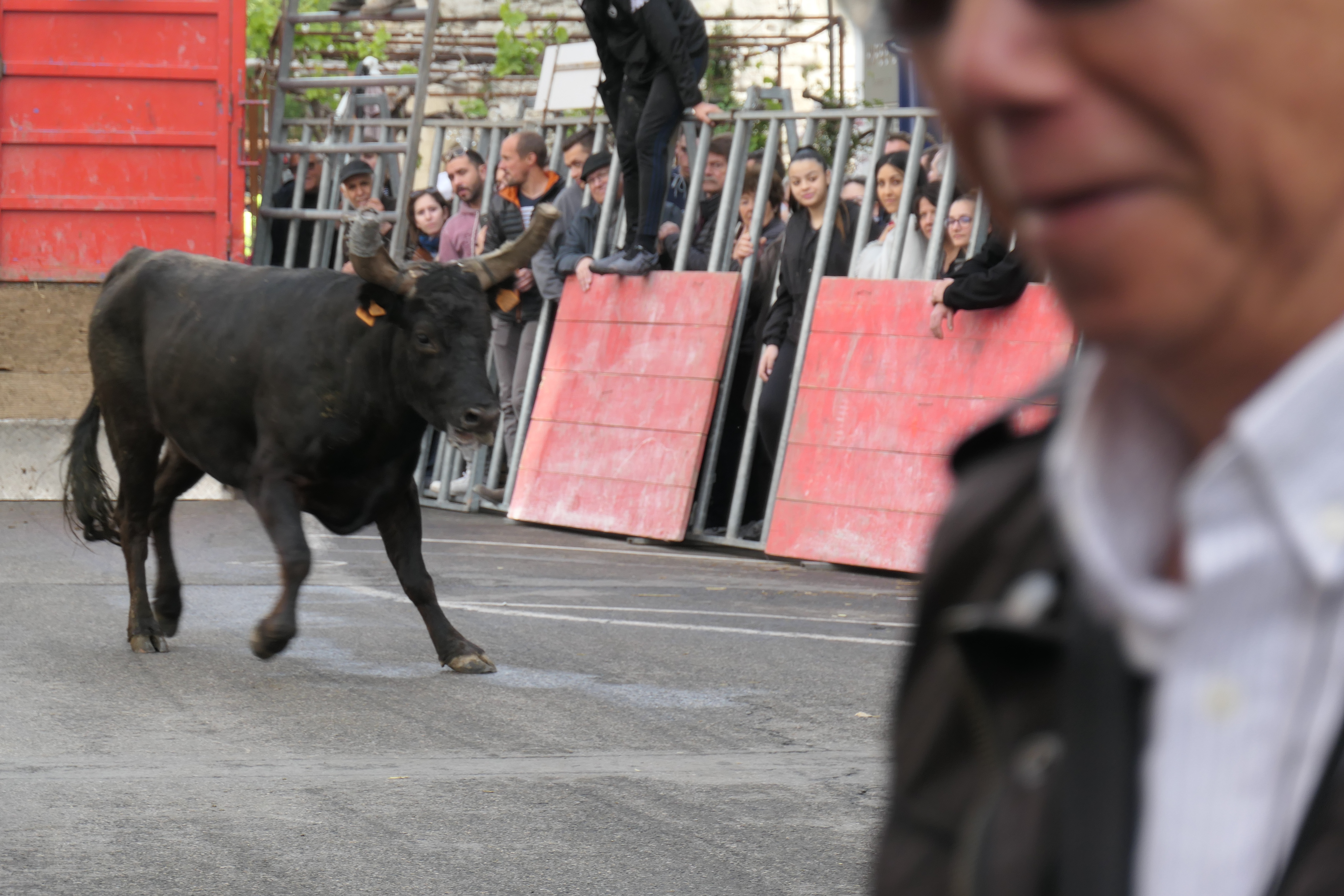 But back to Arles. We did see many of the city’s landmarks of his short career, but still, that part of Arles somehow seemed less important today. I think it was because there was that bull in the street and lots of brass bands happy to play just for booze. We lost count of the number of brass bands roaming the streets. A bull running madly through the street caused me to blink and think – Wait! Are we in Arles, France or Pamplona, Spain? Nope, this is the south of France! Let me explain how all this got started. 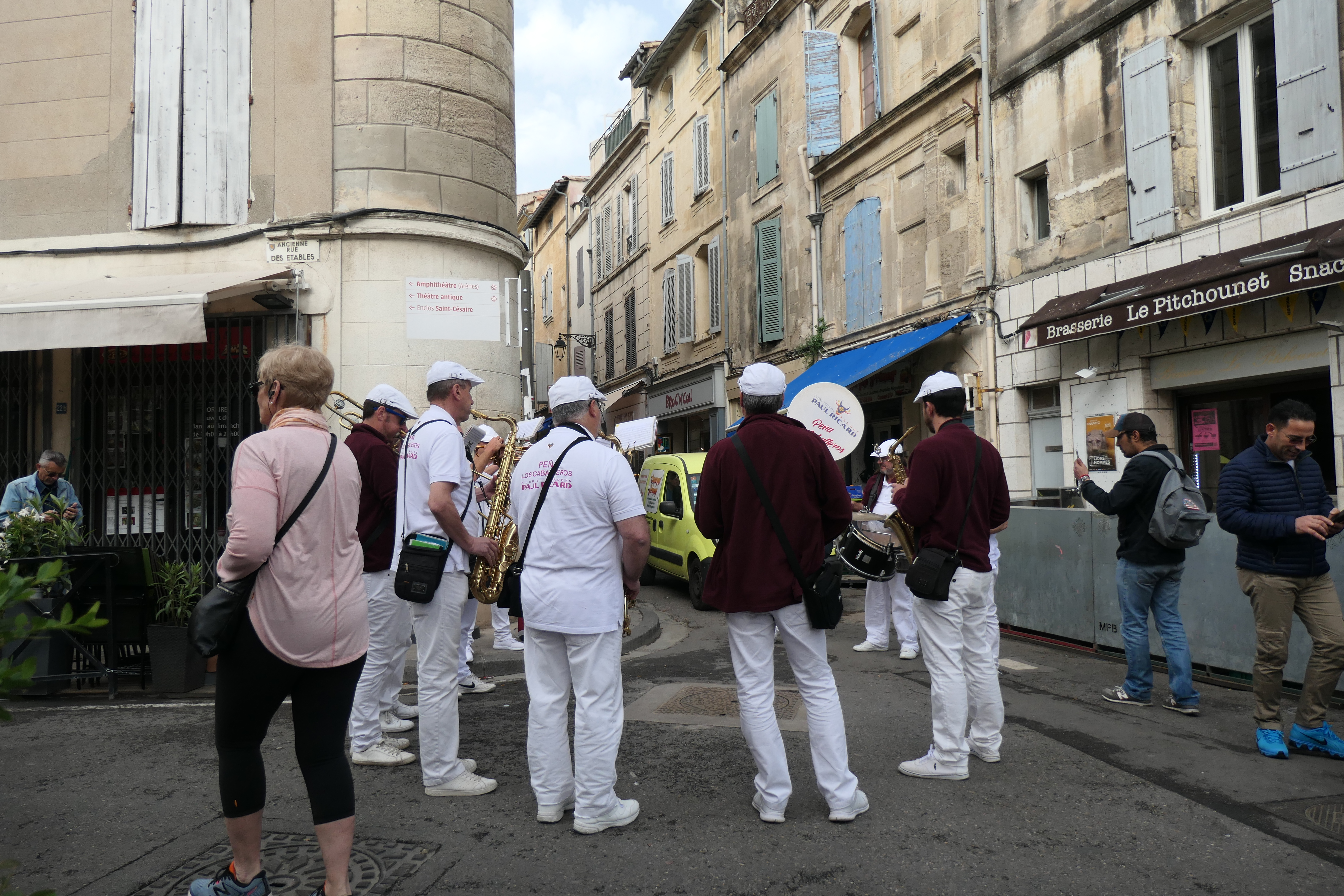 Way back when Napoleon III ruled, it seems that everyone knew he was a bit of a cad. OK, I will just be honest. He was a serial philanderer. At some point, his Spanish wife was royally ticked off and, in order to appease her, he gave her a herd of Spanish bulls. To each his own. That would be the absolute last thing that would soothe my inner raging beast. Anyway, if you have Spanish bulls and as a queen, lots of time on your hands, what else would you do other than have bullfights, right?

So now, after all these years, there are sixteen towns in France that can (and do) have bullfights. Arles is just one of those sixteen. And it is a big deal. It was great fun to see the bull running in the streets. It was a hoot darting into the street trying to get a great photo, then squeezing back through the barrier when that bull came charging down the street with serious anger issues chasing someone younger and more foolish than me.

Yeah, so a mad bull changes your plans from time to time. We still enjoyed the van Gogh sites in Arles, but probably not as fully as we would have if there had not been bulls and brass bands. No problem. The afternoon made everything van Gogh perfect. We went to the Carriers de Luminaries and it was unbelievable.

A while back, I saw something on TripAdvisor about a Carriers de Luminaries in Paris and stuck a sticky note on the side of my computer about it for future reference. It reminded me of an incredible light show we saw at the David Tower in Jerusalem depicting the history of the Jewish people, so I knew the Carrières de Lumières would be spectacular. When we arrived in Provence, we found that there is one here, too. Somebody had a great idea to use an old rock quarry site as a theater.  All of Vincent’s work was projected on the walls, the floor, and the ceiling. It was accompanied by a musical score and the results were breathtaking. I will post some pictures, hopefully resisting the impulse to post all of them. I am just so excited to share the experience although the pictures won’t even come close to conveying the feeling of the experience. 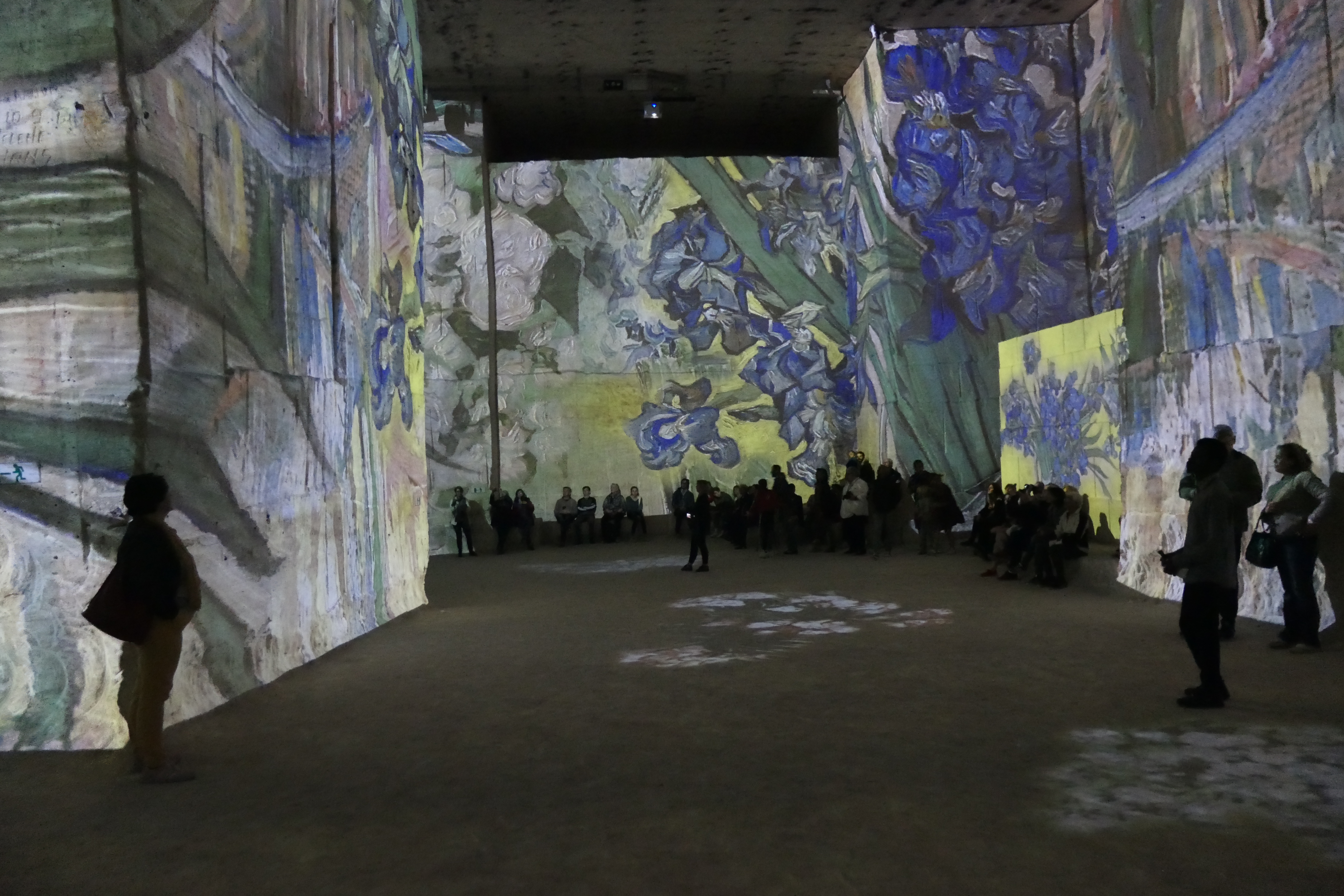 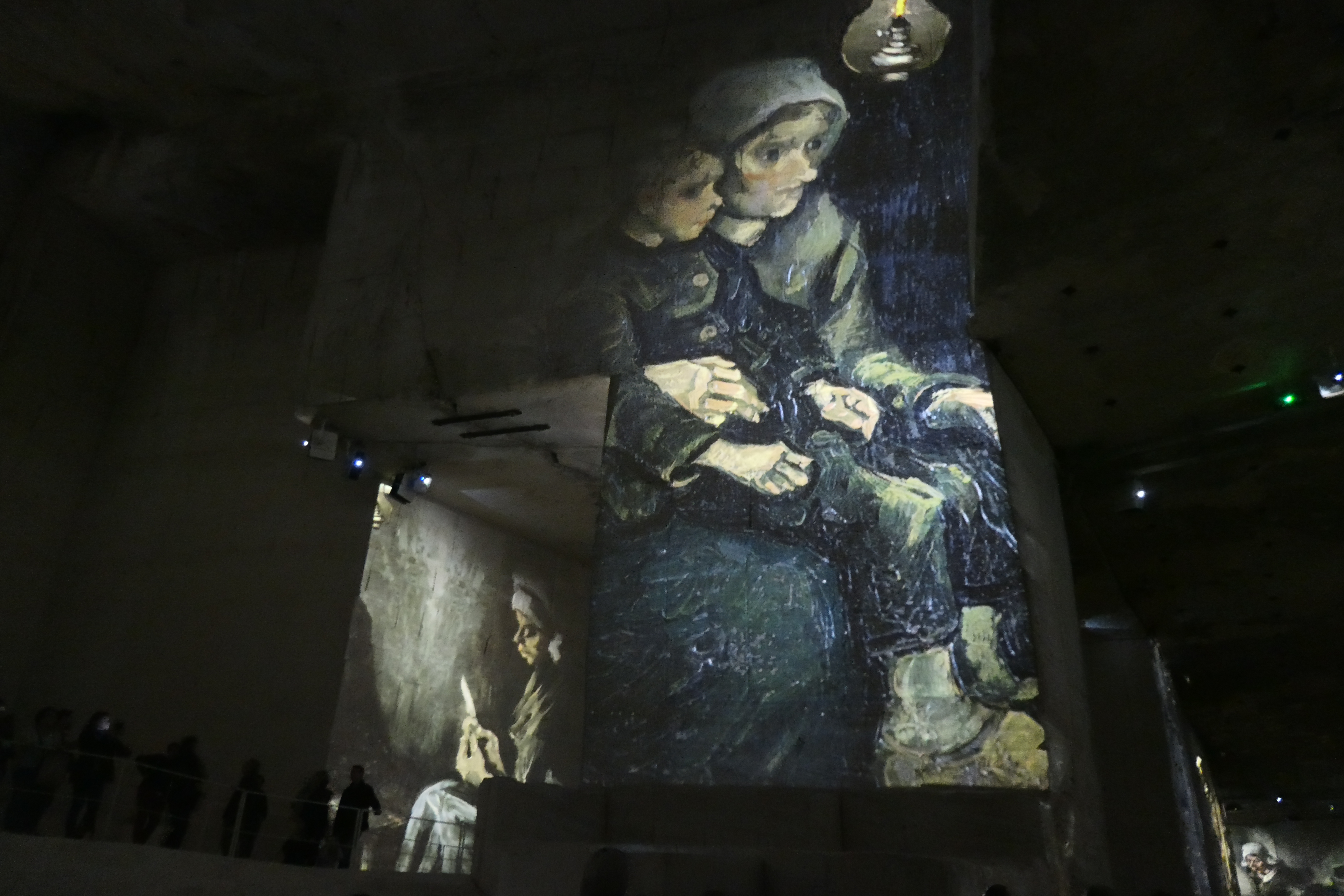 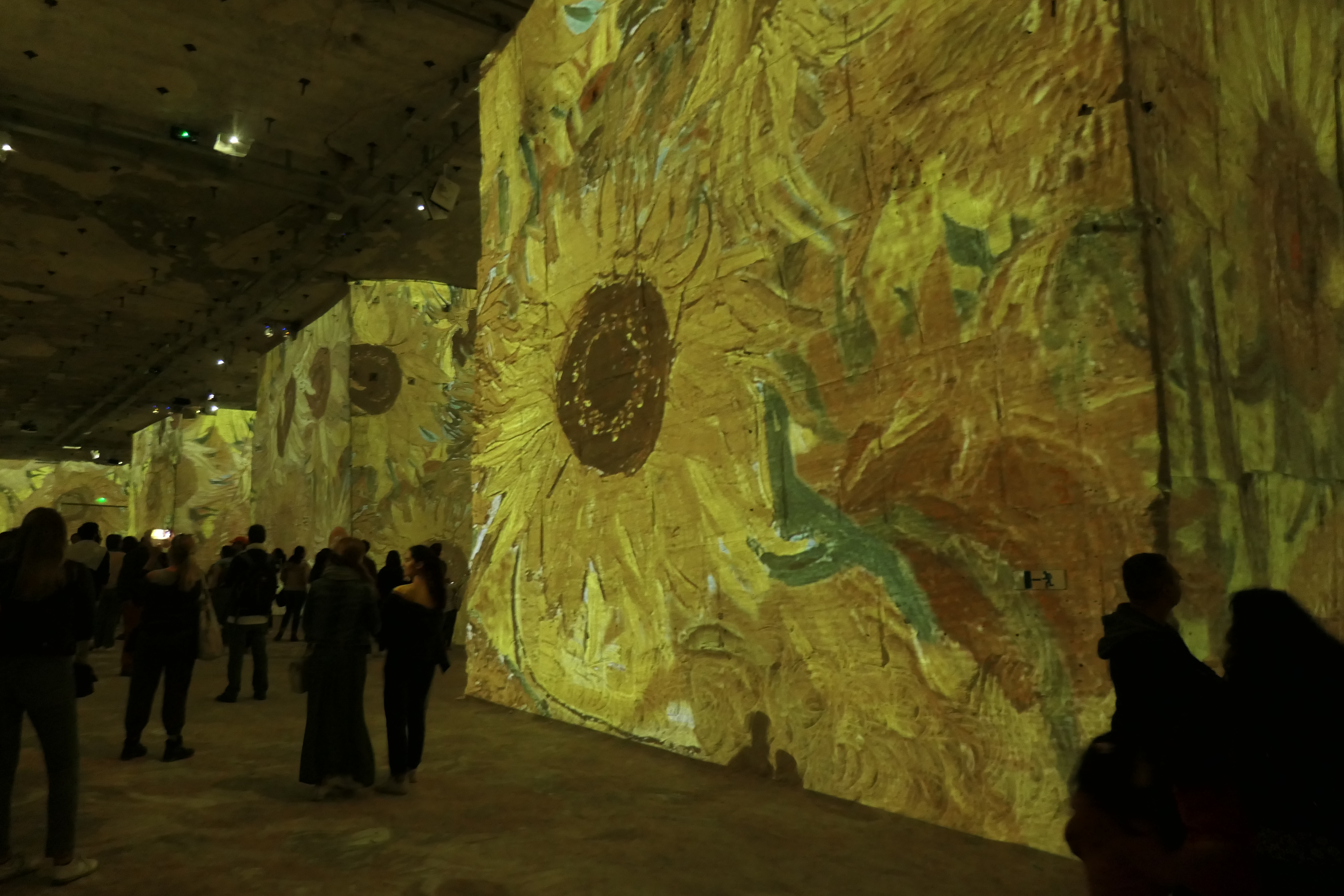 So now back to the bull. Easter Monday was the last day of the Féria d’Arles. The plan was for everyone to pack up and head home. Except the bull. Unbeknownst to him, he was destined to die in the ring Monday afternoon. Tradition holds that the bullfighter will cut off the bull’s ears as a souvenir of this victory.

Talk about a “lightbulb” moment! Now it makes perfect sense why, of all body parts, Vincent chose to cut off his ear after a bitter confrontation with Paul Gauguin. Why did no art teacher ever feel the need to mention this little tidbit about the ears? Now it all makes sense in a crazy, Vincent van Gogh sort of way. I can only surmise that it is one of those little facts that you only pick up through travel. And, after all, seeing, learning, and understanding are the reasons we travel, n’est-ce pas? 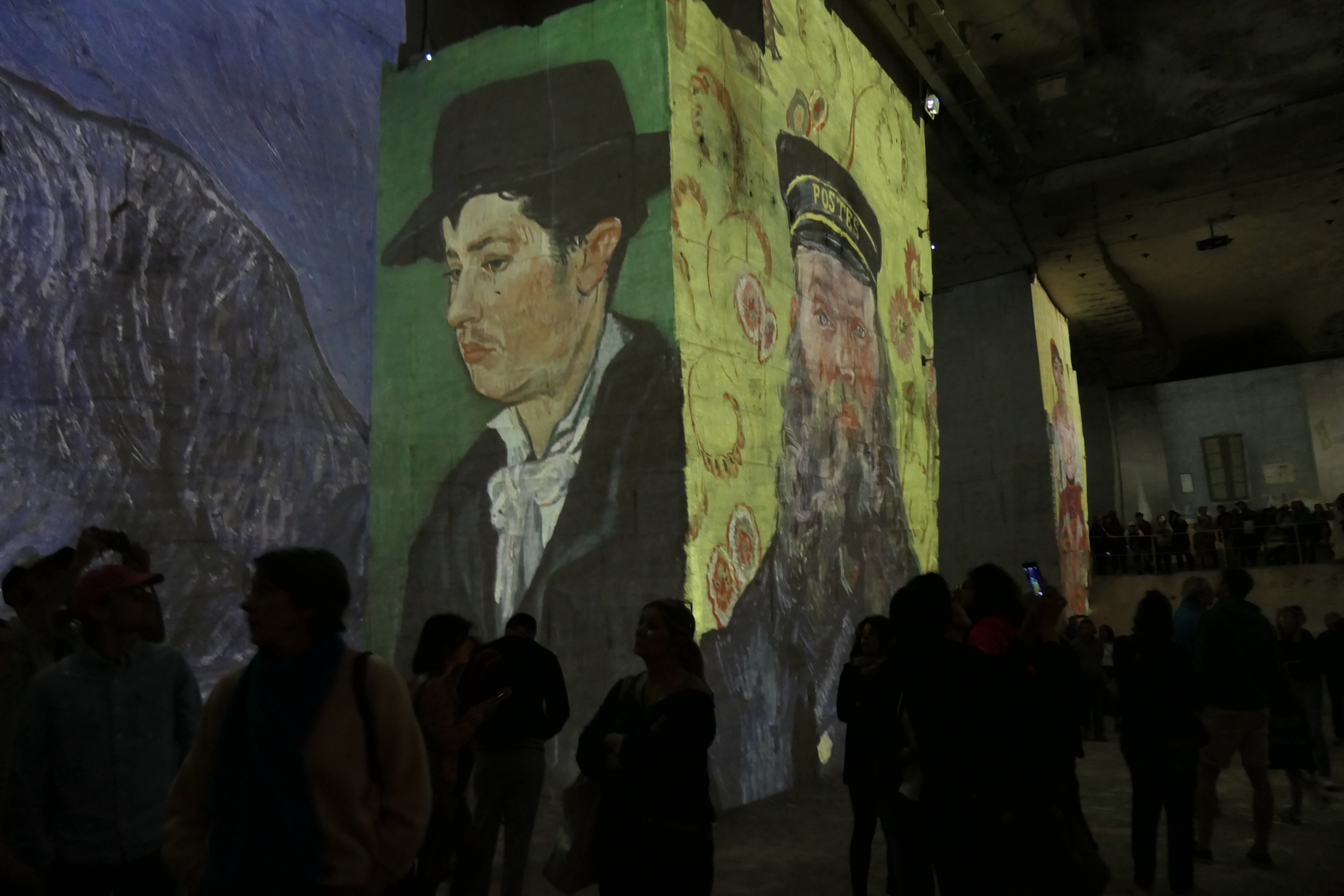 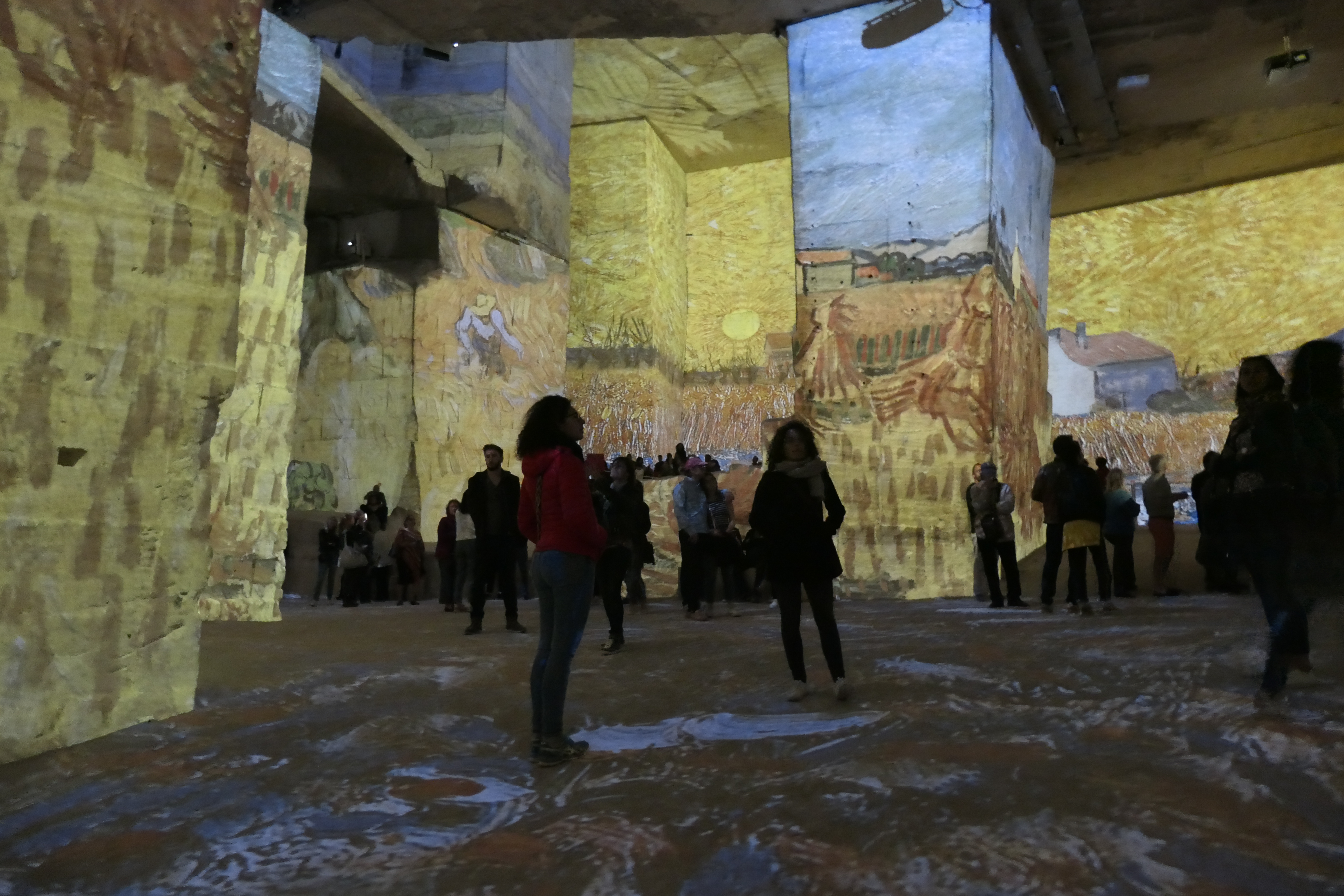