“It looks as though it had been built long before all record by beings greater than ourselves, and were intended to stand long after the dissolution of our petty race.” –Hilaire Belloc, Anglo-French writer and historian, 1928

One can’t help but wonder if the ancient aqueduct that crosses the Gardon River in southern France could be considered the magnum opus of the Roman Empire. We’ve seen some incredibly impressive testaments to their genius (many right in the city of Rome), but this is truly incredible. Actually, UNESCO’s list of World Heritage Sites describes it as “a technical as well as artistic masterpiece.” No argument from us.

Completed around the middle of the 1st century AD, the Pont du Gard is the highest of all the elevated Roman aqueducts. It is also one of the best preserved. We first saw an ancient aqueduct in Segovia, Spain way back in the 1980s and both of us remember staring at it in complete amazement. That was just a warm-up for Pont du Gard. The Romans needed to take a route that was somewhat circuitous to avoid the foothills of some mountains, so the aqueduct is an astonishing thirty one miles long. It supplied water to the city of Nimes. Evidence has been unearthed to support the theory that water could be routed to a nearby amphitheater so that it could be flooded for mock naval battles. Why, of course! Who wouldn’t have included this nifty feature in their blueprints?

Pont du Gard has been a big tourist attraction in France literally for centuries. Our guide admitted to clambering all over the structure with her friends as a teenager. It’s what teenagers do. Now, however, it is under the control of the French government and there is a price for admission. The property is now completely tricked out with a museum and a gift shop, needless to say.

I am not going to drone on and on with a bunch of facts and figures because I think the photos tell a much better story than I can tell. However, I can’t resist throwing out a few stunning items, so I’ll just get right to it. For starters, the three tiers of arches reach a height of 160 feet. It’s as tall as the Statue of Liberty. It is as long as three big airplanes lined up end to end. The structure was built largely without the use of mortar or clamps. Some of the individual blocks weigh in at up to six tons. For the largest blocks, it is theorized that a massive human-powered treadmill was used, although much of the “heavy lifting” was done with cranes as well as block and tackle pulleys. It is estimated that the cost would be the equivalent of fifty years of pay for 500 new recruits in a Roman legion. Keep in mind that it was built in a mere five years!

OK, enough with the numbers. Enjoy the photos of this first century masterpiece. It bridges more than the rive gauche and the rive droite of the River Gardon. It connects us with the Romans of the first century. It spans not only the river, but also centuries, and continues to amaze regular tourists and engineers alike. 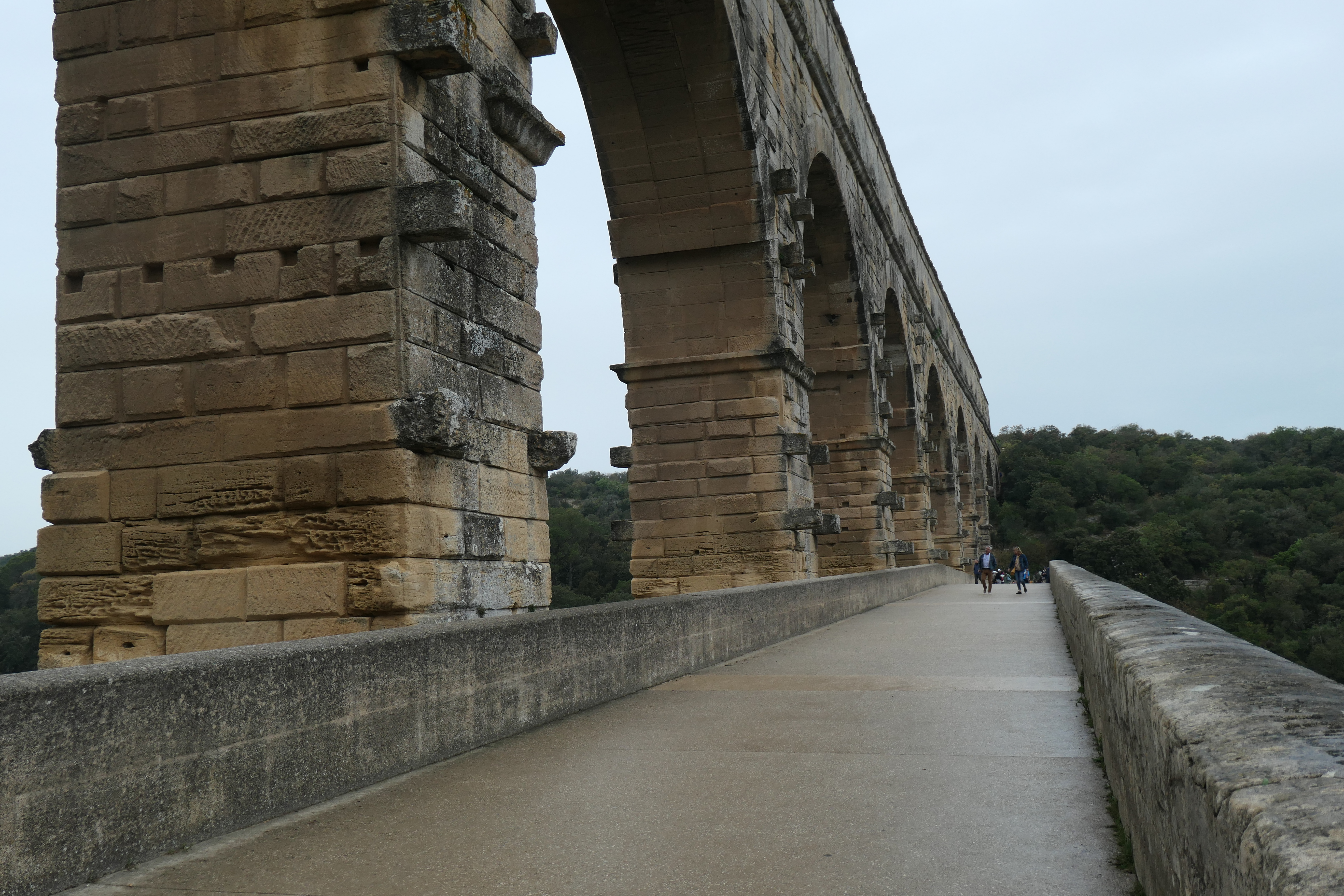 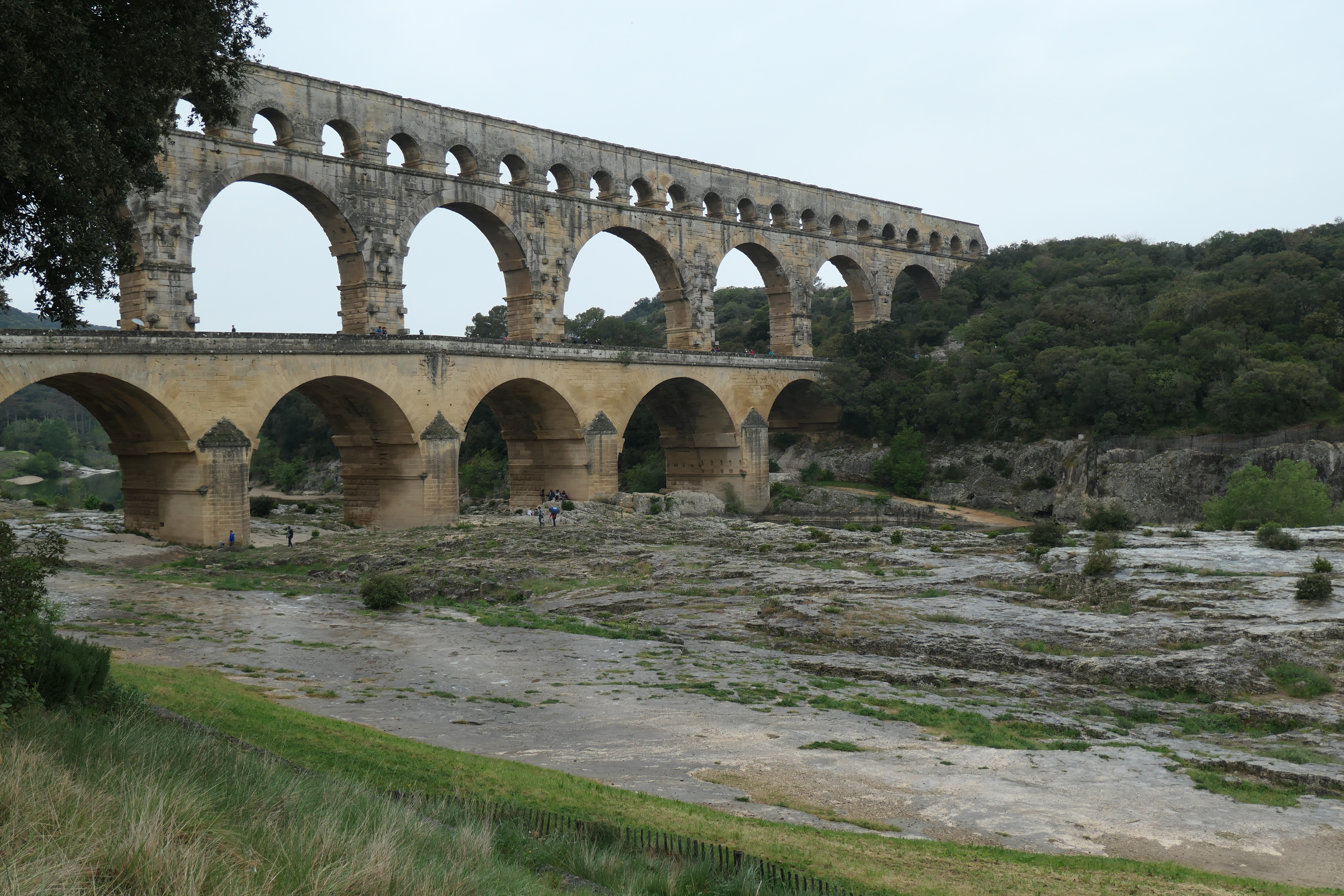 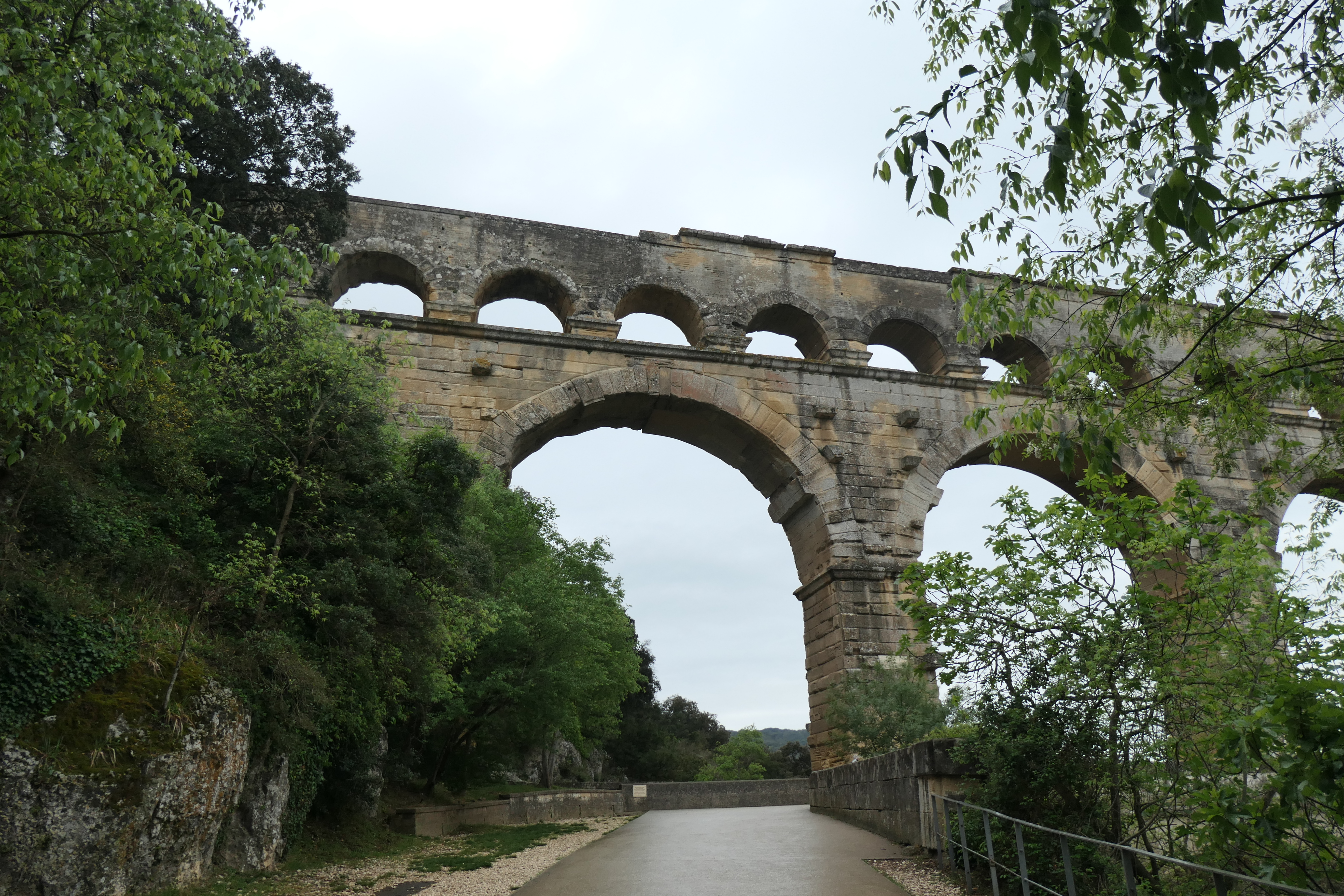 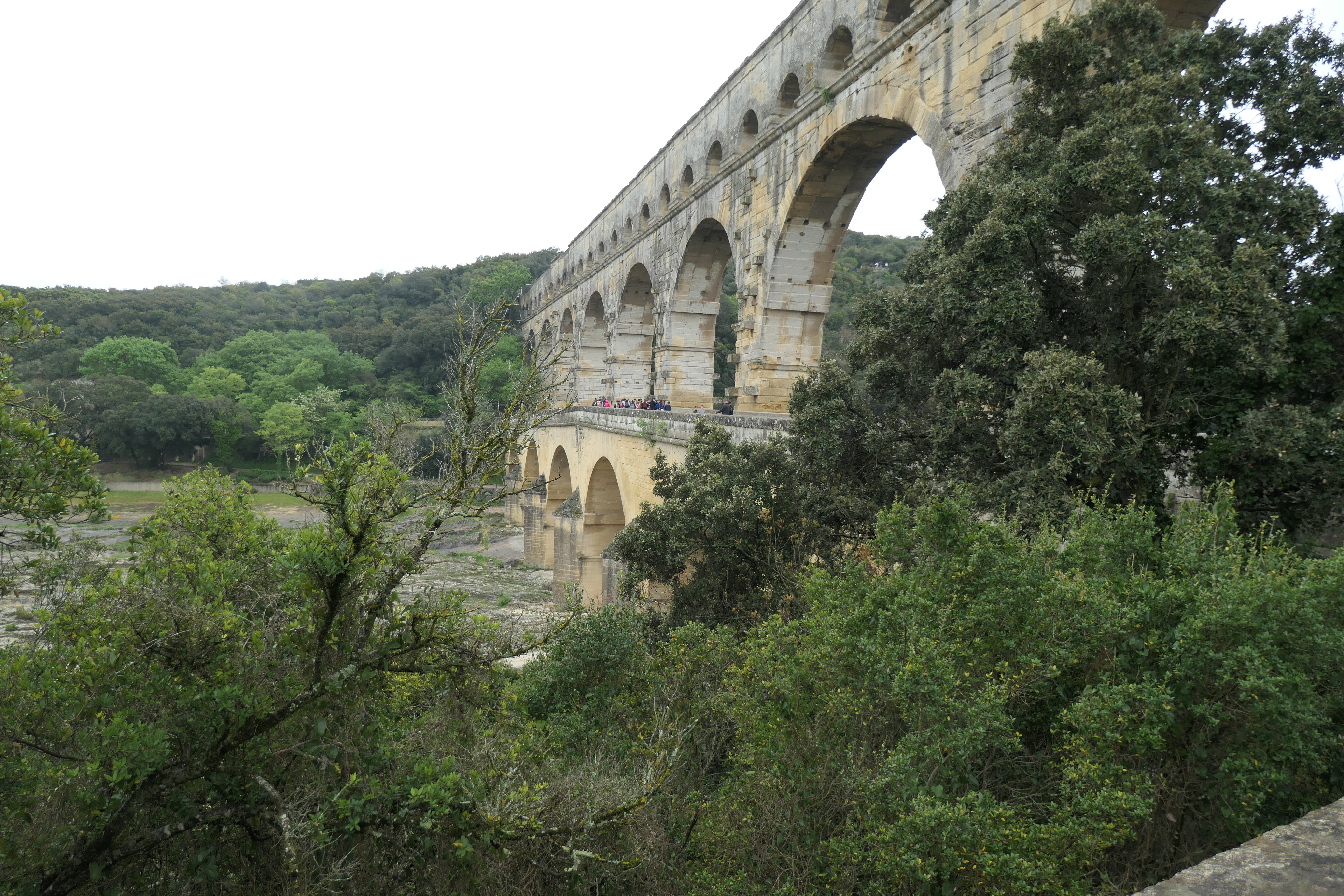