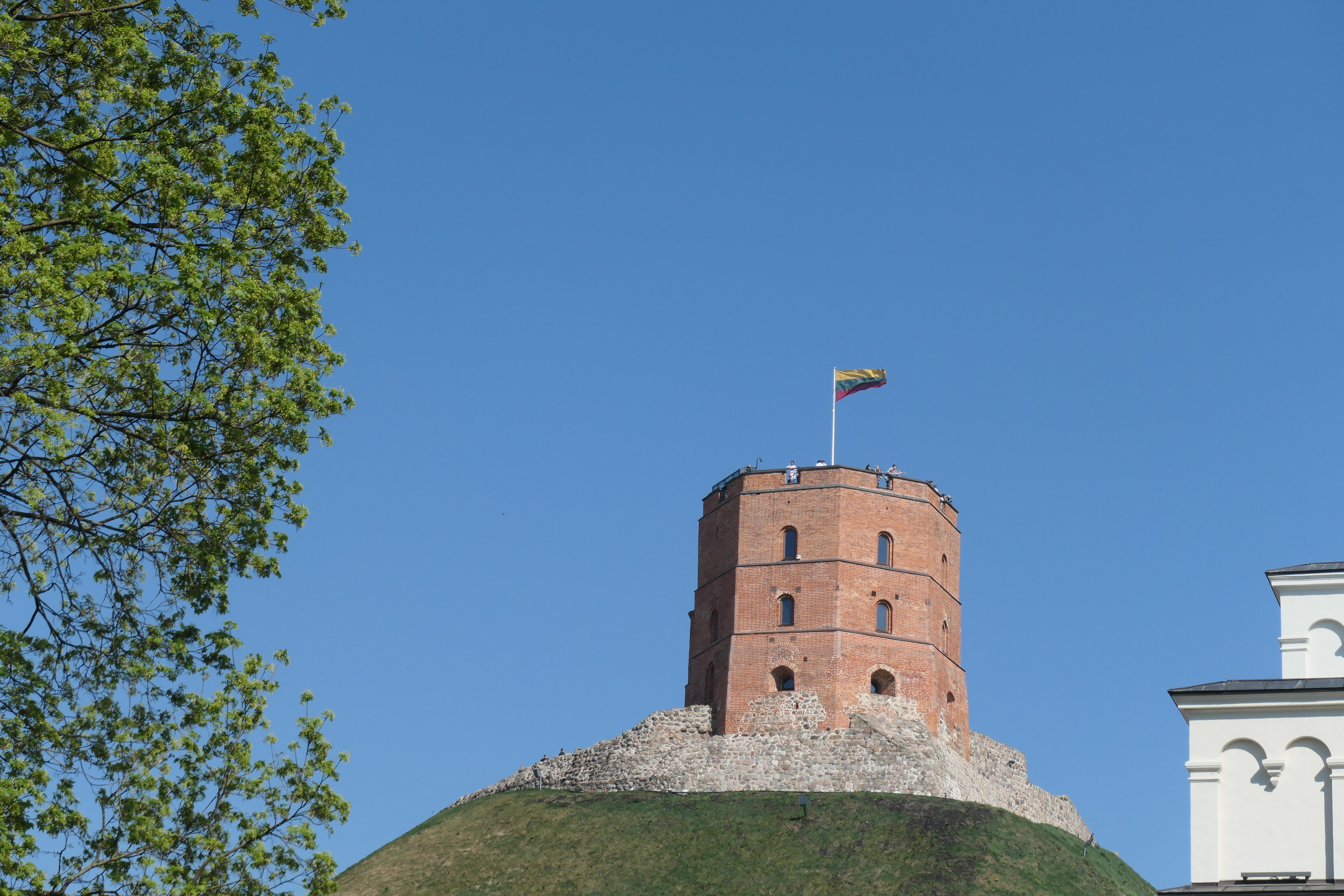 I am not proud to admit this, but I will. I am pretty sure that yesterday was the first time I had ever heard of the Baltic Way or Baltic Chain. It happened on August 23, 1989, so I really don’t know why I have no memory of it. I guess I was just living the good life and not too very concerned about the plight of my fellow travelers on this big rock we call home.

First thing yesterday morning, we climbed to the top of Gediminas Tower in Vilnius, Lithuania. There we found a big exhibit about the Baltic Way and, although I could tell it was old news to Rick, it was a shocker to me. Lucky for you, you don’t have to admit to any and all of your gaps in history. Feel free to act like you knew this all along if you want; we will just call this a little history review.

I learned that on August 23, 1989, the three Baltic states organized a mighty big nonviolent act of solidarity. They lined the roadways of the three countries with some two million average everyday citizens, joined hands, and showed the world that they stood together against tyranny in the form of Soviet rule. The human chain spanned just under 420 miles across the three Baltic states. These are big numbers that bear repeating: two million people, 420 miles. 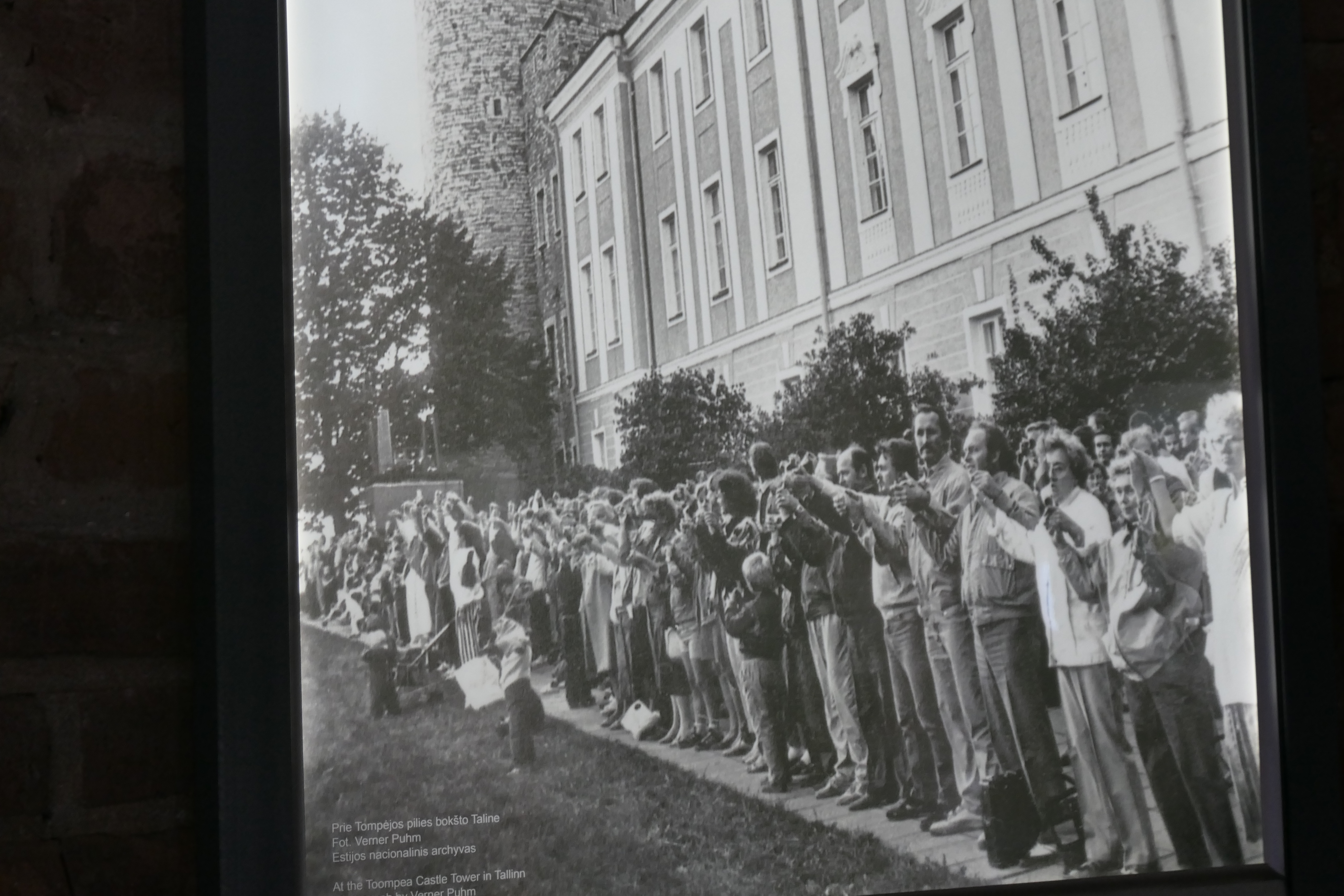 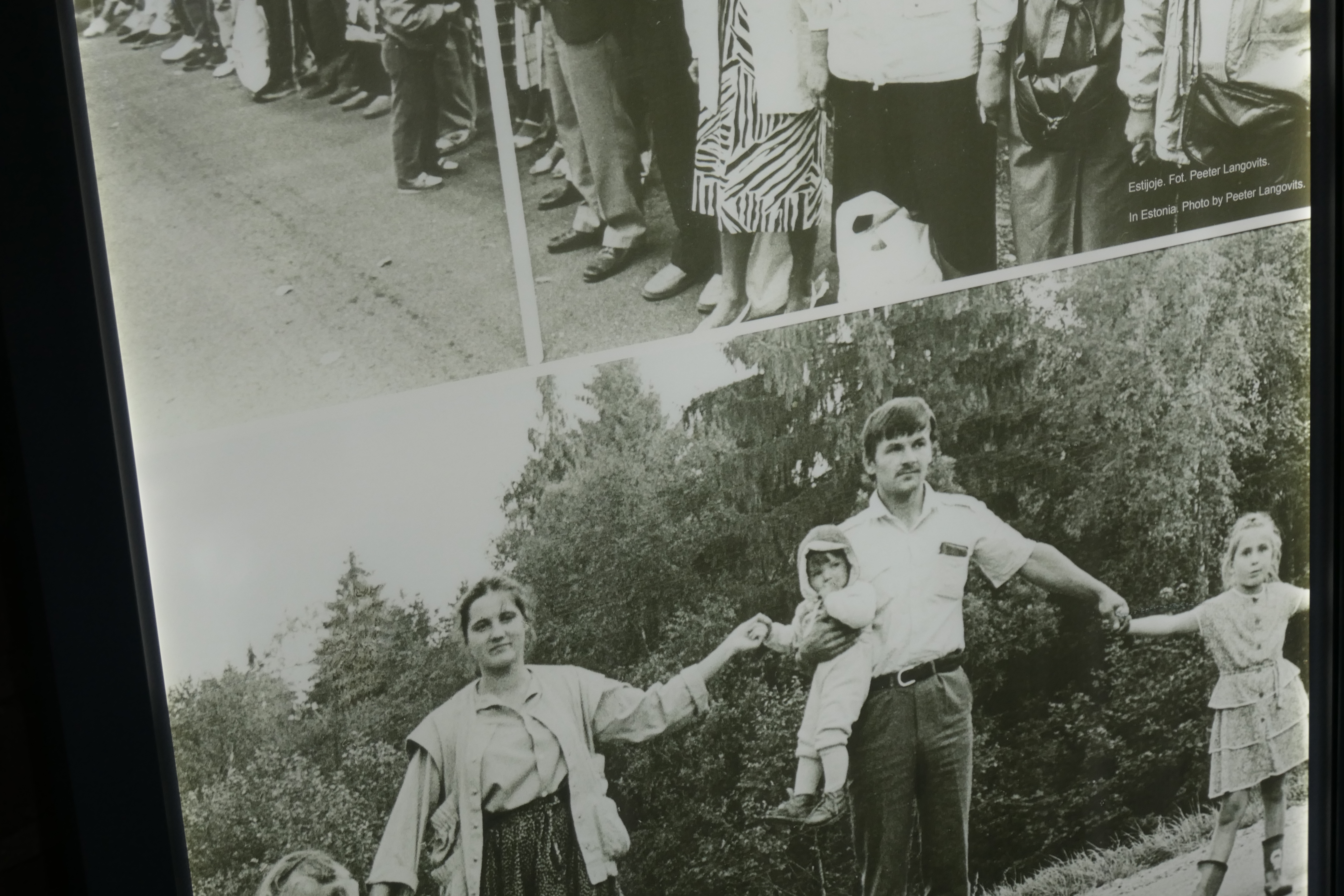 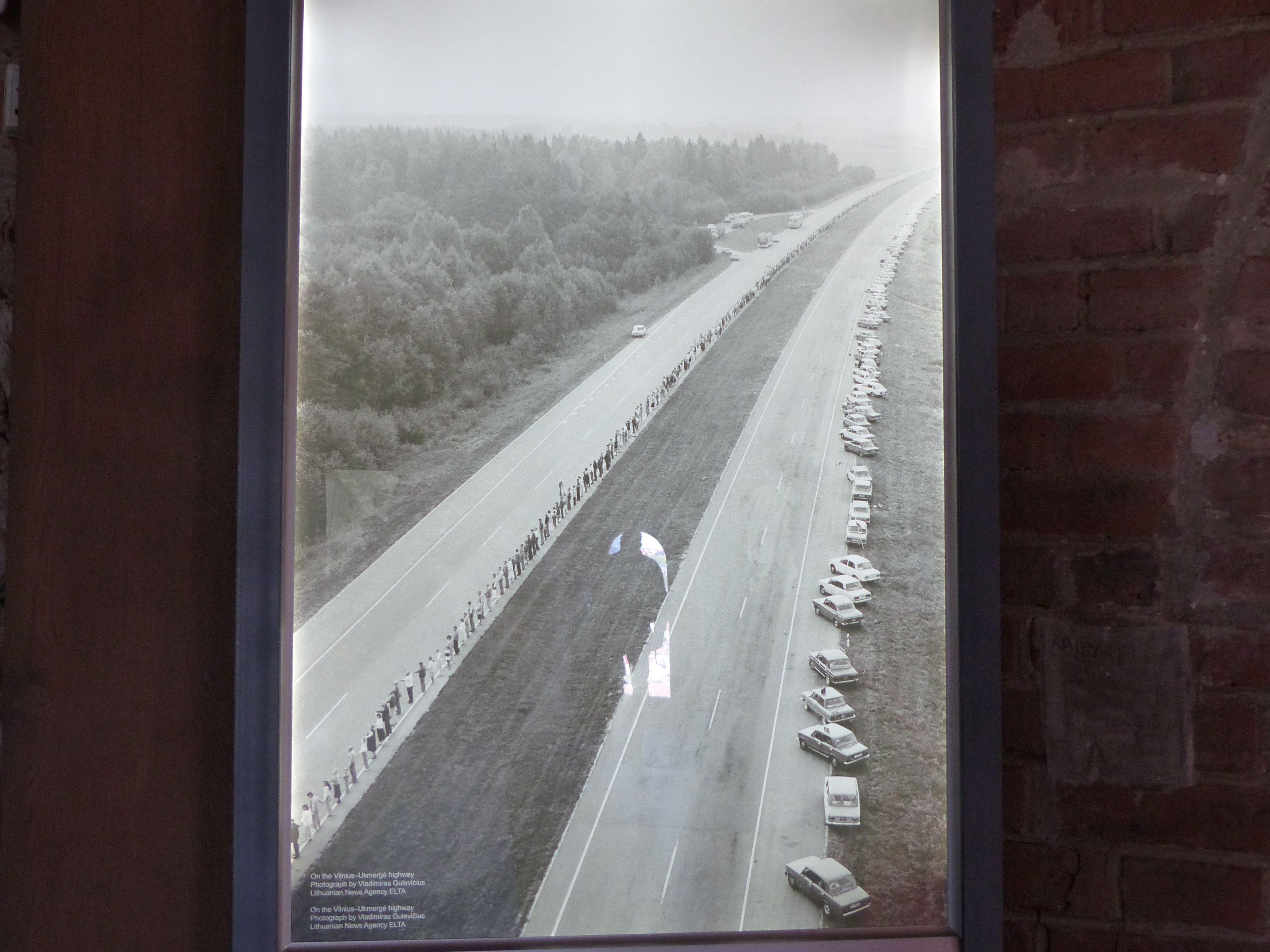 The Baltic Way started at Gediminas Tower in Vilinus. From there, it made its way through Latvia, passing by the Freedom Monument in Riga, and finally ending at the Pikk Herman’s Tower in Tallinn, Estonia. To say that it was effective from a worldwide publicity standpoint is an understatement. There is no denying the emotional impact of seeing all these people imploring the free people of the world to take notice of their desire for independence from the Soviet Union. Anytime you put a human face on a situation, others sit up and take a look at it. Putting two million faces on the plight of the people of the Baltics was genius.

The date of 23 August 1989 was chosen because it was the fiftieth anniversary of the signing of the Molotov-Ribbentrop Pact which essentially divided up Eastern Europe and led to the occupation of Lithuania, Latvia, and Estonia. Representatives from Germany and the Soviet Union signed the pact committing to not invade each other’s space, but as history has shown, Hitler had difficulties “staying in his lane” and broke the pact a short two years later. When the Baltic Chain occurred, the Soviet Union responded with sharp rhetoric, but really did not do much else. In 1990, Lithuania became the first of the Baltic states to declare its independence.

I am not going to get on my soapbox and refuse to sermonize, but I will say that spending a little time in a country that lost so much due to war and tyranny will send a traveler home with a renewed appreciation for freedom and the human cost of it. Let’s just leave it there for today and thank God for our incredible fortune to be born in the USA.