The Gettysburg Gun and Superman

For some unknown reason, we decided a few years ago that we needed to see as many state capitol buildings as possible. We are not knocking ourselves out or anything, but if we happen to be in a state capital, we make the effort to see the state house. Yesterday, we popped in to tour the Rhode Island State House. Turns out that the small state has a small state house. It is beautiful, but it is definitely the smallest we’ve  seen. 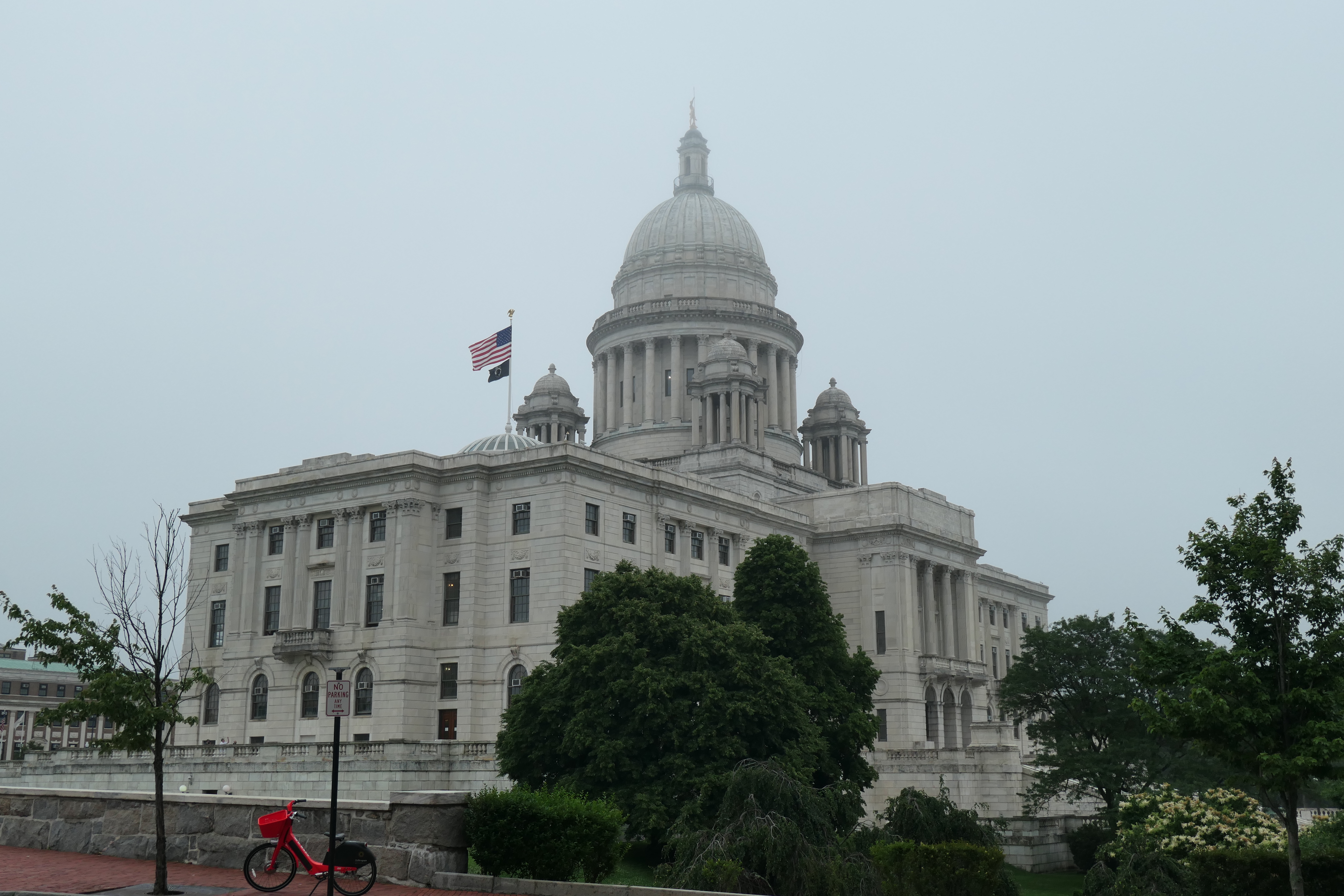 Every state house has something unique and the state house of the Ocean State is no different. Actually, two things stick out from yesterday’s tour. One thing is the dome. It is one of the world’s largest self supported marble domes. It’s right up there with St. Peter’s Basilica in Rome and the Taj Mahal. The Rhode Islanders used tons of Georgia white marble to build their capitol and its dome. But it was a cannon that was on display in the lobby that really interested us. 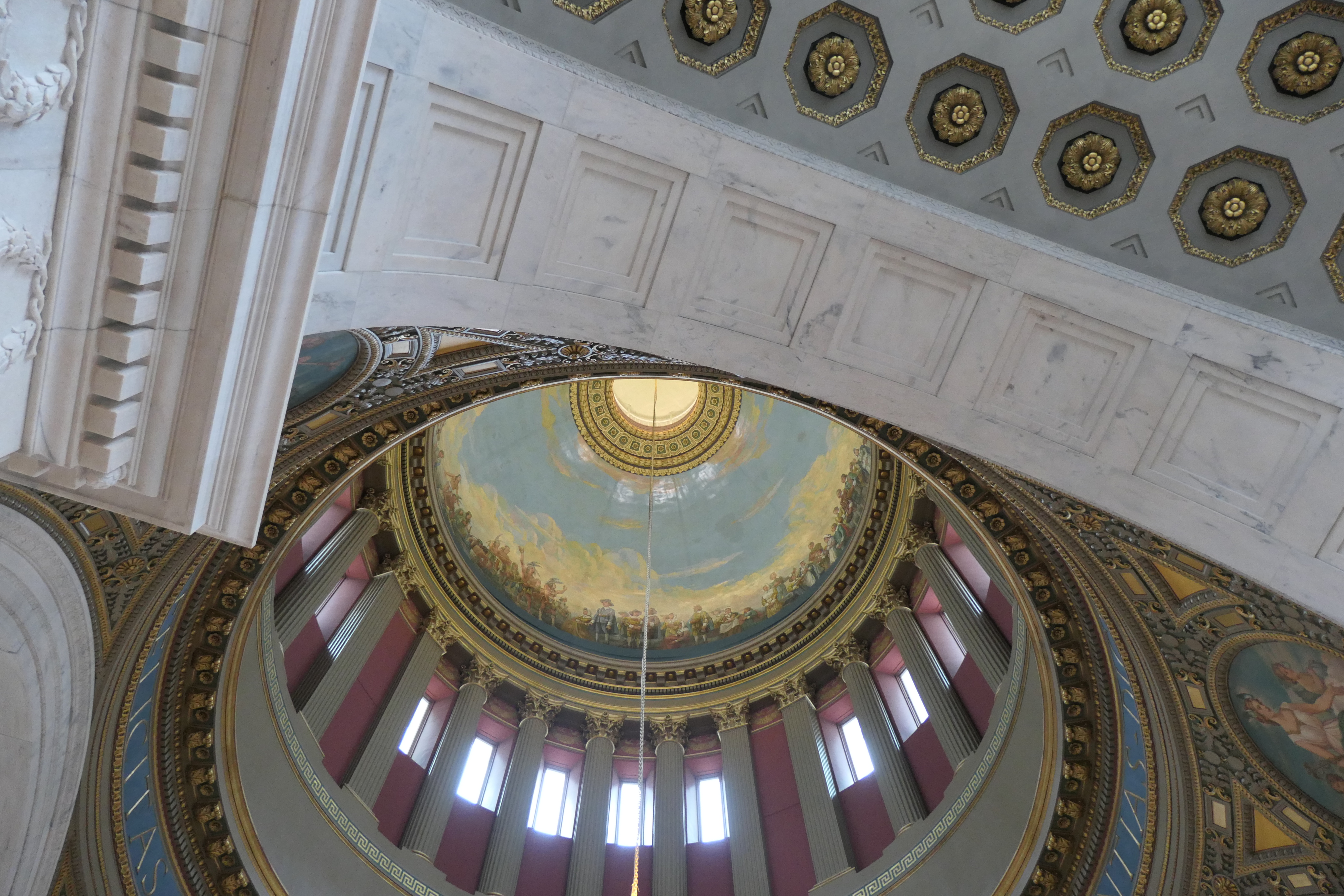 The Rhode Island First Light Artillery Battery B had four guns on the scene of the third day of the fighting at Gettysburg. The cannon is what was called a “twelve pounder Napoleon.” The cannon shows the dings of many hits from the battle on July 3, 1863, but one shell struck the cannon and dented it so that a cannonball got lodged right at the mouth and could not be forced down into the cannon. The men tried to dislodge the ball with an axe, but to no avail. The heat from the strike welded the cannonball in place and it is still there. 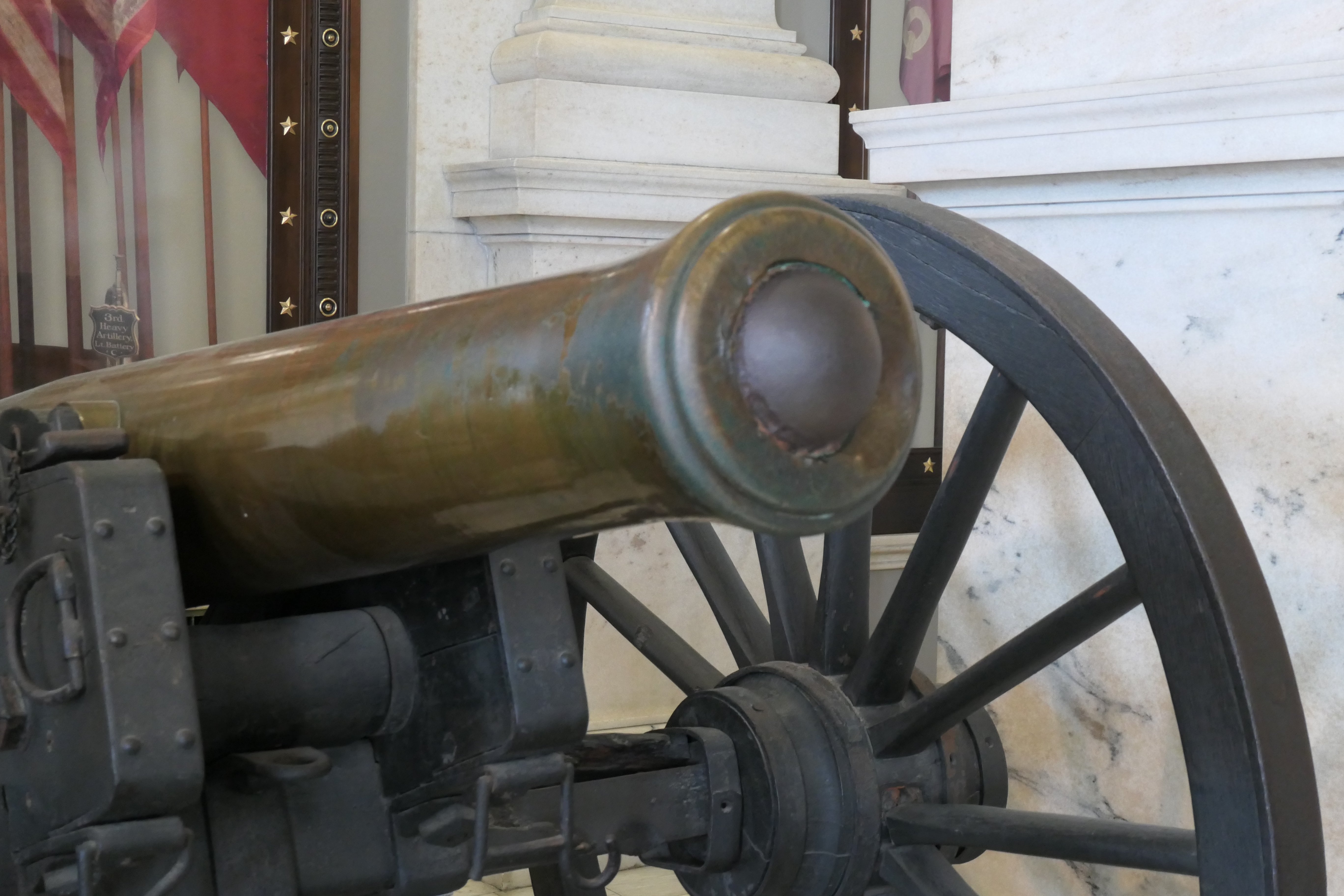 After the war, the cannon spent some time in Washington. It became a symbol of the horrors of the Civil War. In 1874, at the request of the Battery B veterans, the cannon was returned to Providence. It was carted out for parades and other events for years. Then, in 1962, ninety nine years since the cannon last fired a cannonball, someone asked if there was any chance there was any gunpowder left inside. Good question. The Rhode Island National Guard gingerly transported the cannon to a facility and drilled into it where they found about two and a half pounds of gunpowder! They flooded the chamber and washed out the powder. The cannon was returned to the Rhode Island State House where it provides the volunteer tour guides something to talk about. It is regarded as one of the most important relics of the battle at Gettysburg.

Providence is a really nice town. It is smaller and more friendly than we expected. The food is good here, probably due to the Johnson and Wales graduates who stay around  after they finish their degrees at the culinary school here. We were so glad when the fog lifted and we were able to see and photograph the Superman building. This ninety one year old Art Deco tower was nicknamed the Superman Building because it resembles the building where Clark Kent worked as a mild mannered reporter for the Daily Planet. The building is vacant and has been in danger of being taken out by a wrecking ball, but just recently it made the National Preservation Trust’s endangered list, making the residents of Providence hopeful that the building can be saved. Sounds like a job for Superman! 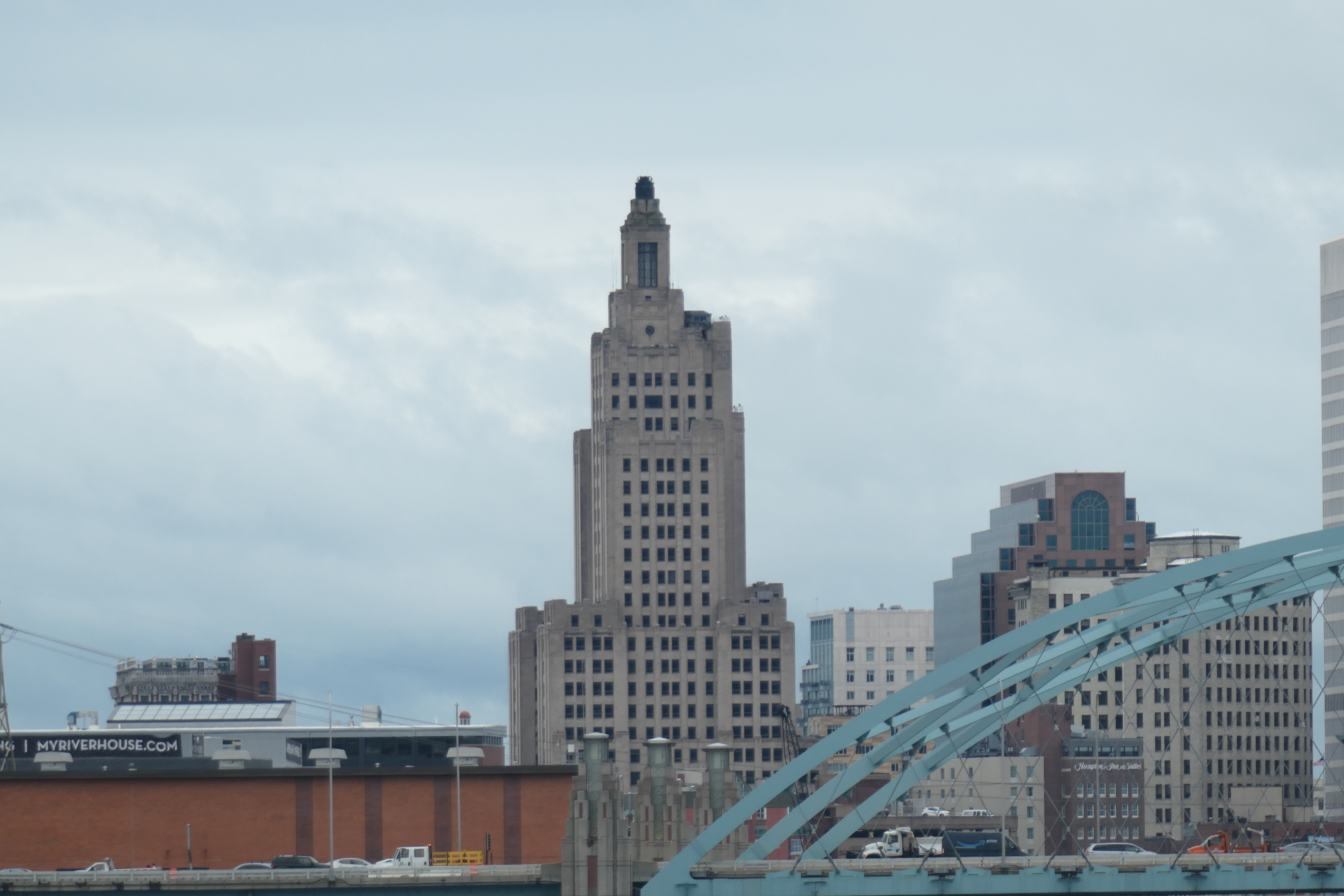