Henri Toulouse-Lautrec: Image Maker to the Stars of Paris 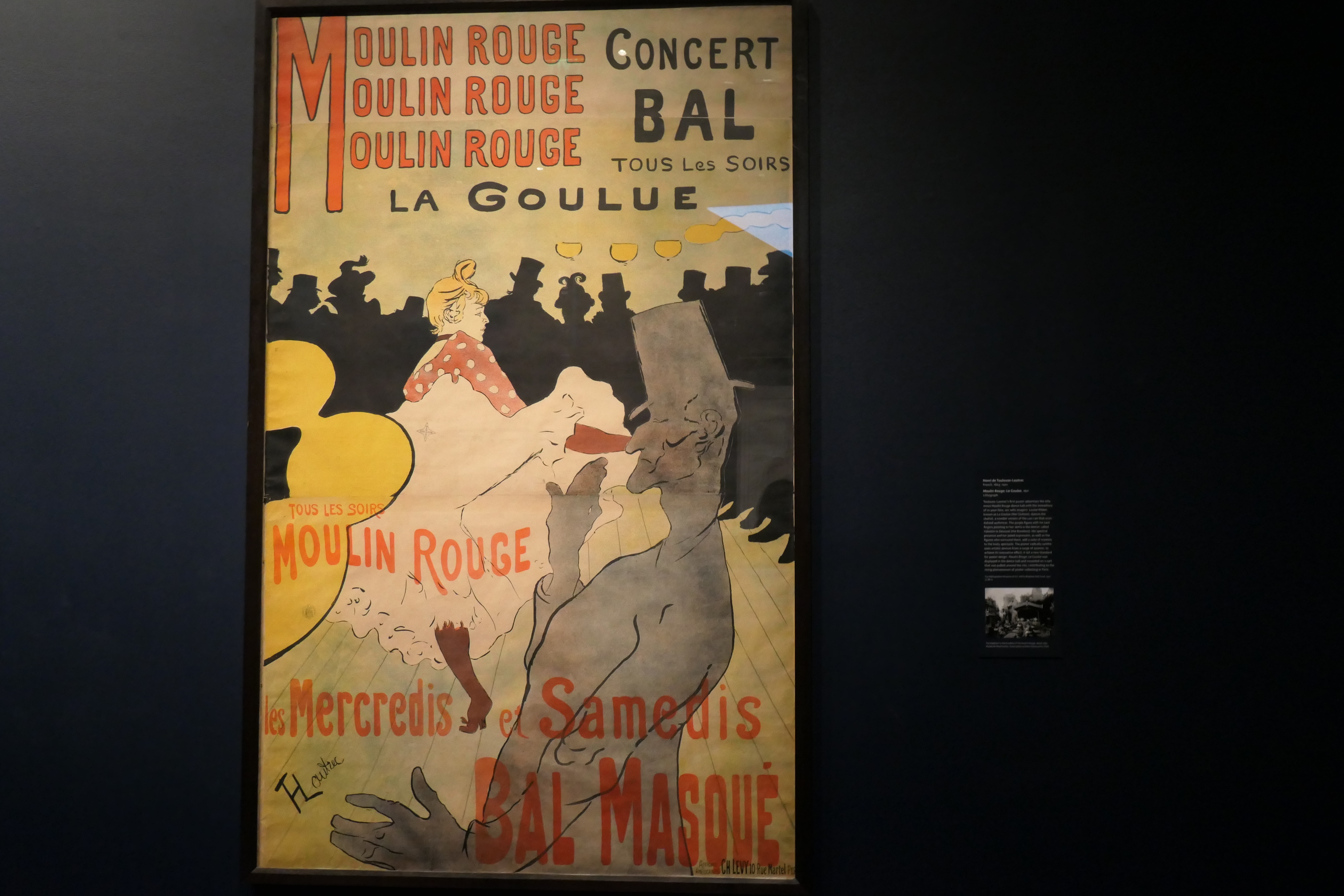 Well, finally! Here we are in Boston. We arrived just in time for our raison d’etre, the event which was the genesis for this trip. We came here for a free lecture. And the lecture is the only thing free since we embarked on this journey. Our route from home and back has been and will continue to be circuitous. But it has been a fun, enlightening adventure.

In a completely-by-accident sort of way, we have realized that various social movements and events that we came to New England to learn more about were happening concurrently. It is so very interesting that while the Gilded Age was enjoying its heyday in New England, the Belle Epoch was in full swing in Paris. Simultaneously, so many cities the world over were embracing the Art Nouveau style of architecture. In the last couple of years, we have seen more than enough examples of Art Nouveau architecture from that time period in cities like Alesund, Norway, and Riga, Latvia, and even Newport, Rhode Island. And, just after the turn of the century, Frank Lloyd Wright was constructing some of his most notable landmarks in Buffalo, New York, which just happens to be where we will be visiting later this week.

But, back to our evening at Boston’s Museum of Fine Art. The MFA and Boston Public Library have put together a marvelous exhibit about celebrity and art in fin-de-siecle Paris. It seems that there was a fellow by the name of Aristide Bruant who was a cabaret owner, singer, and songwriter. He became friends with Henri Toulouse-Lautrec. Together, they figured out the value of developing a trademark image or “brand,” so to speak. With a strong, easily recognizable image, Bruant became a renowned celebrity and was able to draw crowds to his performances not just in the clubs around Montmartre, but in more respectable Paris neighborhoods, although at the time, cabaret was thought to be rather seedy by high society.

Toulouse-Lautrec’s first Aristide Bruant poster, the one designed for the Ambassadeurs club, is believed to have been printed 1000-3000 times in order to “wallpaper” Paris. They wanted everyone to see it because their goal was to make an indelible impression on the Parisians. The owner of the club thought the poster was horrible and did not want his club associated with such terrible art, but Bruant and Toulouse-Lautrec had other ideas and they covered the city with that poster. In subsequent posters for Bruant, Henri tweaked the design enough to keep it fresh, but not so much that the brand was indistinguishable. 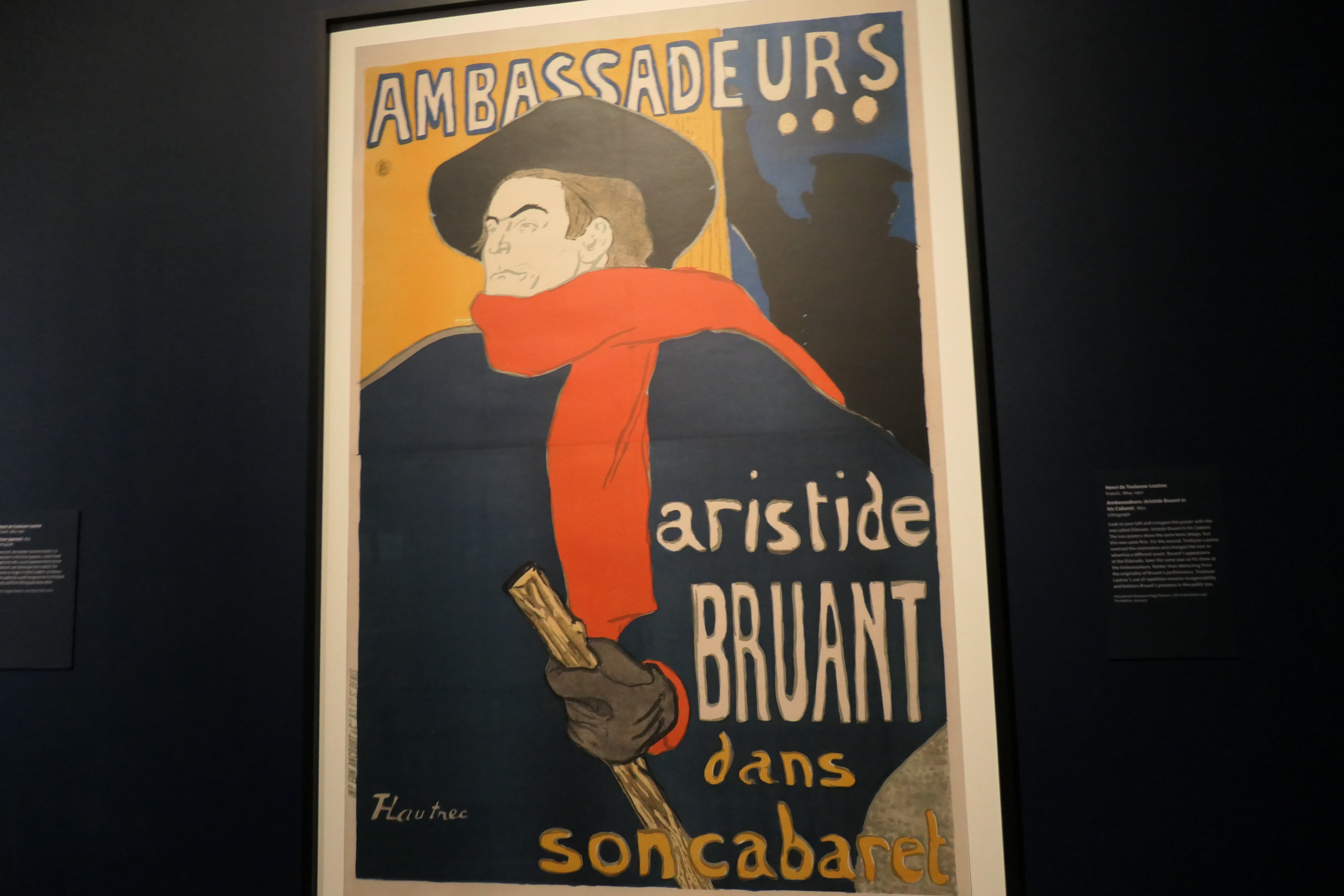 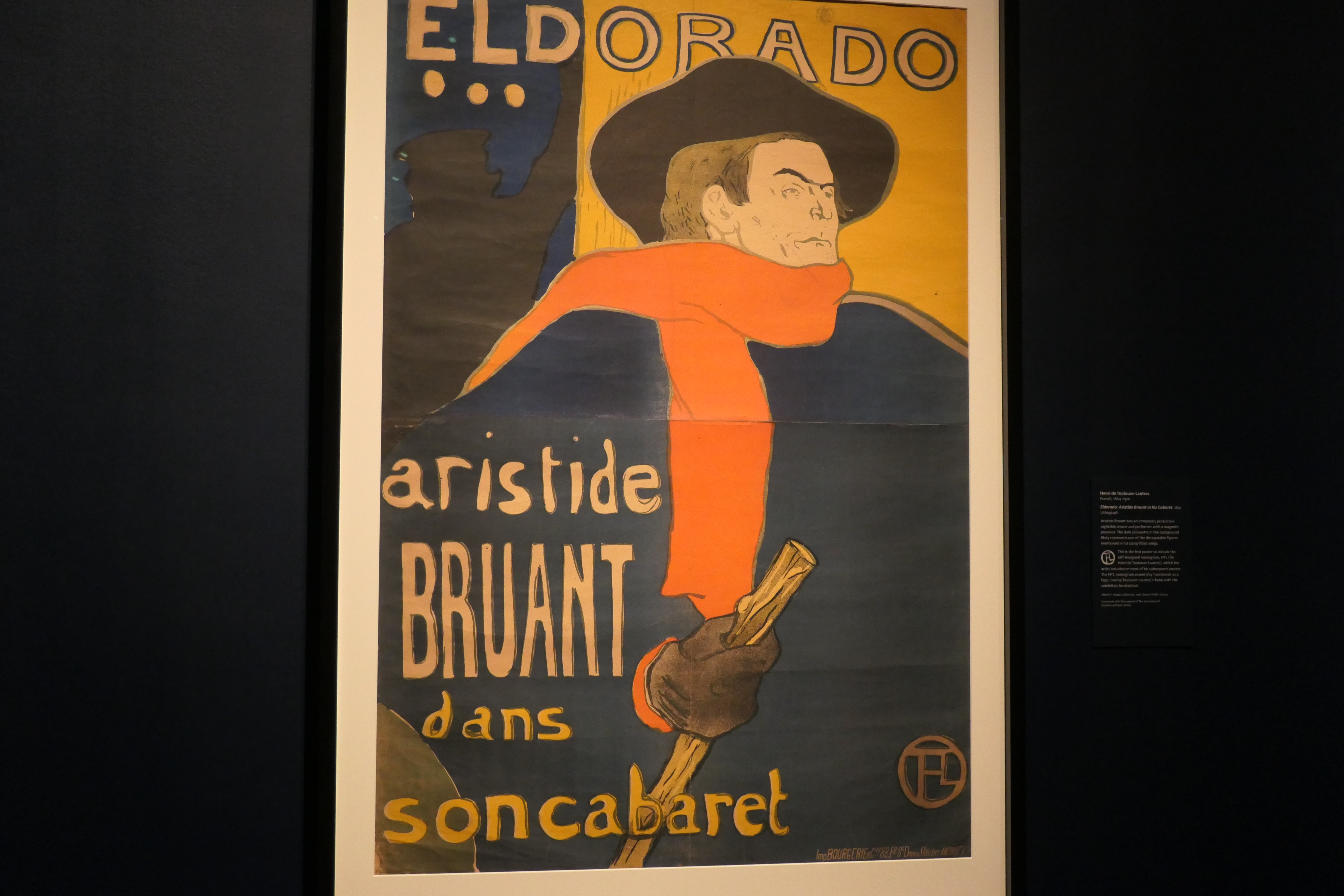 Other performers began to see the value of branding and using poster art to build their image, and Toulouse-Lautrec helped crystallize many performers’ stardom.  Henri Toulouse-Lautrec found his niche and relished his status as the “go-to” artist for building a star’s profile as a celebrity. The bon vivant lifestyle of Montmartre suited him and he loved all things edgy and risqué in Paris around the turn of the century.

Many of his prints have a Japanese woodblock sort of look, including the way he signed his work. He used strong lines and vivid colors and repeated motifs to help these cabaret performers achieve celebrity status because of images and “logos” that were easily recognized and remembered by the public. He did posters for products like bicycle chains and even one for confetti. 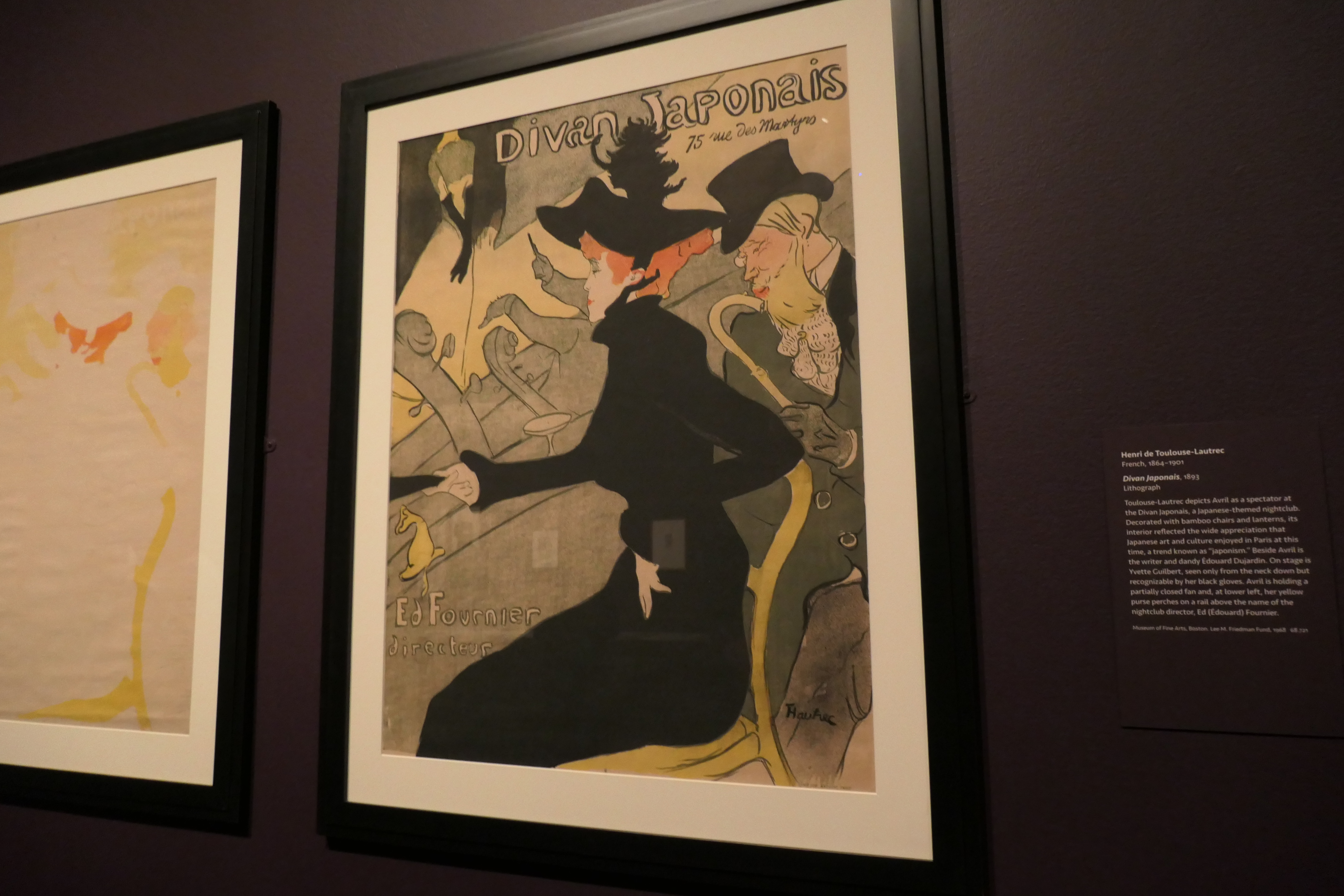 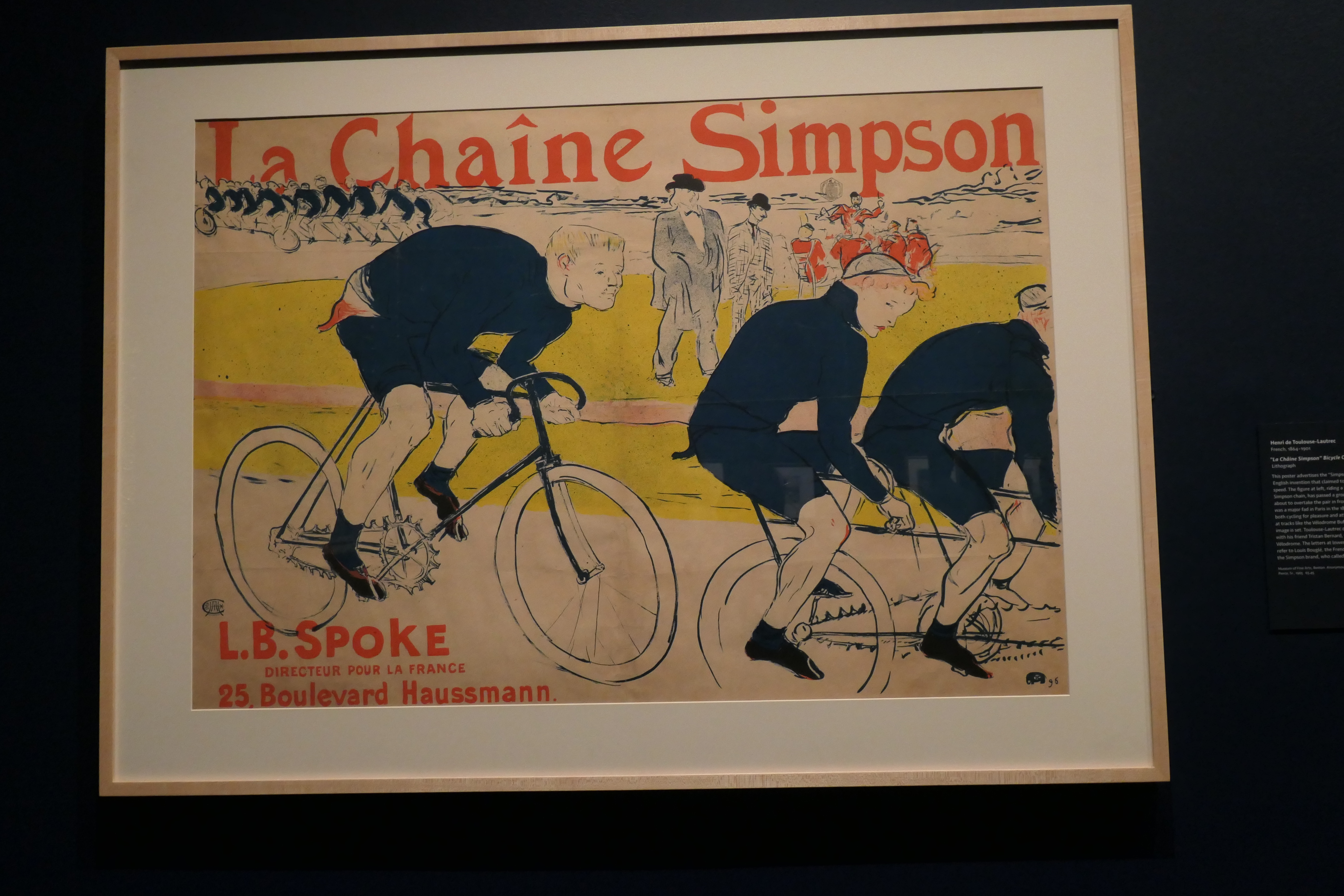 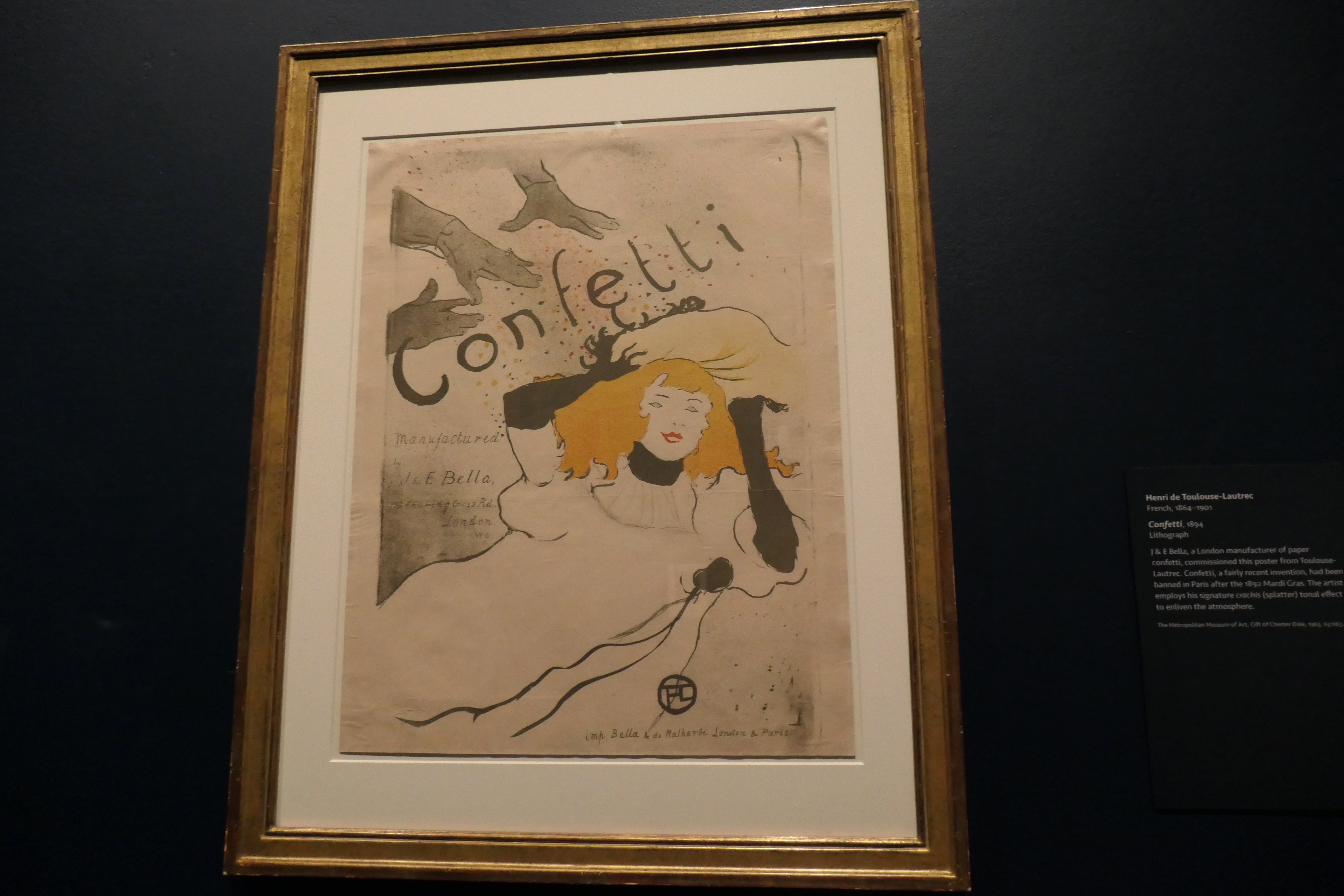 Toulouse-Lautrec was not a healthy man and he died at the age of thirty six. However, he was a very prolific as an artist during his relatively short career. He produced 368 prints and posters as well as watercolors, paintings, and thousands of drawings. Since he knew the value of building a reputation, he marketed himself and his work tirelessly. T-L knew how to move the merch. But, in the end, he came to be regarded as one of the great printmakers of the nineteenth century. Henri Toulouse-Lautrec was not only a superb artist, but it turns out that he was a marketing genius as well. 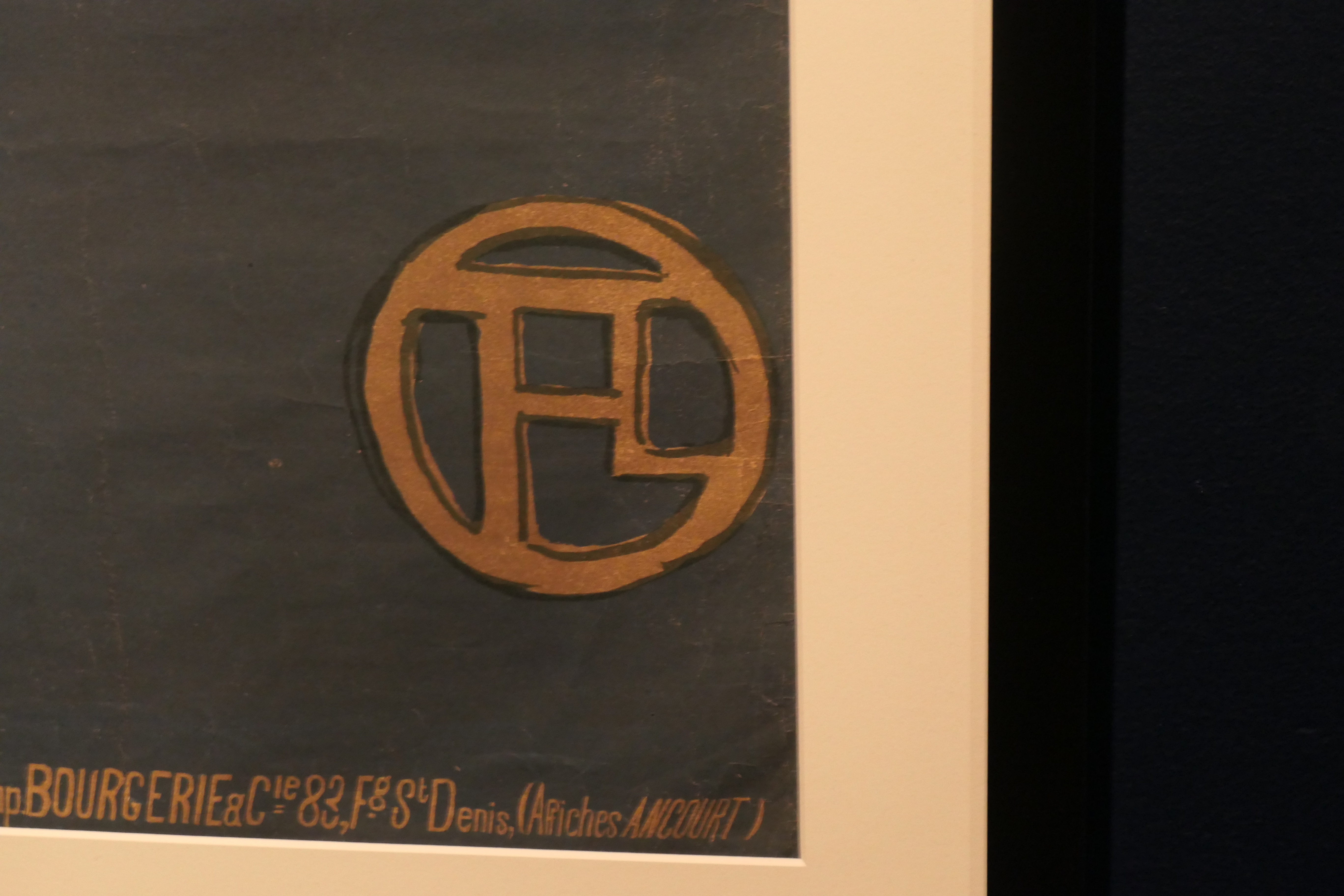 Toulouse-Lautrec’s trademark “signature.” Note the similarity to a marking on a Japanese woodblock print.