Time’s up. Gotta go, Buffalo. But I must say that Buffalo was a total shock to us. There is so much to see, to do, and to learn. This city, the second largest in New York, has so much history and is currently making a roaring comeback from a long period of decline. We really shortchanged ourselves on this last leg of our Northeast adventure. We should have given ourselves at least one more day in Buffalo. We came here to spend a day seeing Frank Lloyd Wright landmarks in the Buffalo area, and figured that there wasn’t much else to see here. We were wrong; we found that there is so much more than Wright stuff. So yesterday, we had to reluctantly leave, but I have no doubt that we shall return.

Buffalo really came of age with the completion of the Erie Canal. Freighters on the Great Lakes delivered millions and millions of bushels of grain to one of the world’s largest collection of silos. When the industry declined, it left behind a big mess of useless silos. And I do mean a BIG mess. Nobody wanted to even drive by the blight. But then, around the late 1800s and the turn of the century, Buffalo experienced a comeback due in large part to just that plain good old American entrepreneurial spirit. In 1901, at the Pan-American Exposition in Buffalo, an anarchist shot President McKinley and he died eight days later. Teddy Roosevelt was sworn in as President of the USA in Buffalo. The assassination put a damper on the spirit of Buffalo for a while, but it rebounded as it always does.

At one time, Buffalo was home to the most millionaires in the country. It became known as the “City of Light” because of its early and exuberant embrace of electrical lighting. The Buffalo based Larkin company was selling soap and other products for the home all over the country. The Pierce-Arrow Automobile Company was churning out automobiles to a populace eager to stable the horses and carriages. Companies making widgets for the car manufacturer were in full swing. The steel companies were probably some of the biggest in the country. The inn where we stayed was once the home of a man named H. H. Hewitt. Mr. Hewitt started a rubber manufacturing company in Buffalo. Oh, yes, and he actually had a horse that won the Kentucky Derby. The folks of Buffalo dreamed big. Frank Lloyd Wright and Frederick Law Olmsted were called upon to perform their magic because the well-to-do of Buffalo wanted only the best. We marveled at the incredible homes along Buffalo’s “millionaires row” and could not believe the beautiful Art Deco structures dotting the downtown landscape. The Olmsted designed parks and parkways are still a source of pride for today’s Buffalonians.

But this revival was not to last. The steel mills shut down in the early 1970s and lots of folks left for greener pastures. The city hit the skids again. But what is so remarkable about Buffalo is the pride and love these folks have for their home town. It is almost palpable. Tour bus drivers, waitstaff, Uber drivers, innkeepers, shop owners, museum staffers, everybody – they all love their city. A tour guide at one of the Wright homes said that people look at him like he is crazy when he tells them he is from Buffalo. Everyone wants to know why he would live in a place that gets so much snow. (What is it they call particularly bad snowstorms? Snovember??) He says now he just tells people he lives in western New York and no one asks him why in the world he lives there. Anyway, these folks seriously love their city and this has fueled a new phase of revitalization in Buffalo. The silos have been given a new lease on life. They are being repurposed for all sorts of things – breweries, climbing walls, bars, restaurants – you name it. Silo City is the hottest spot in Buffalo. There is even talk of up-fitting some of the silos as apartments. My favorites are the six that were painted to look like a six pack of Labatt Blue beer. I believe there is a brewery and restaurant inside now. These days, on sunny weekends, Canalside is hopping with food trucks, water sports, concerts and just plain old hanging out. Even the old insane asylum is getting a new life, which is so wonderful because the architecture of the building is spectacular. Part of it has been renovated and is a upscale hotel with a fancy restaurant. Plans for the rest of the structure are on the drawing board, which is way better than being on the chopping block.

I don’t really have alot of pictures to post from around town, but I do have a slew of photos from the Frank Lloyd Wright tour, so I’ll just post them. Just keep an open mind about visiting Buffalo. It’s really a great city – you just gotta go! 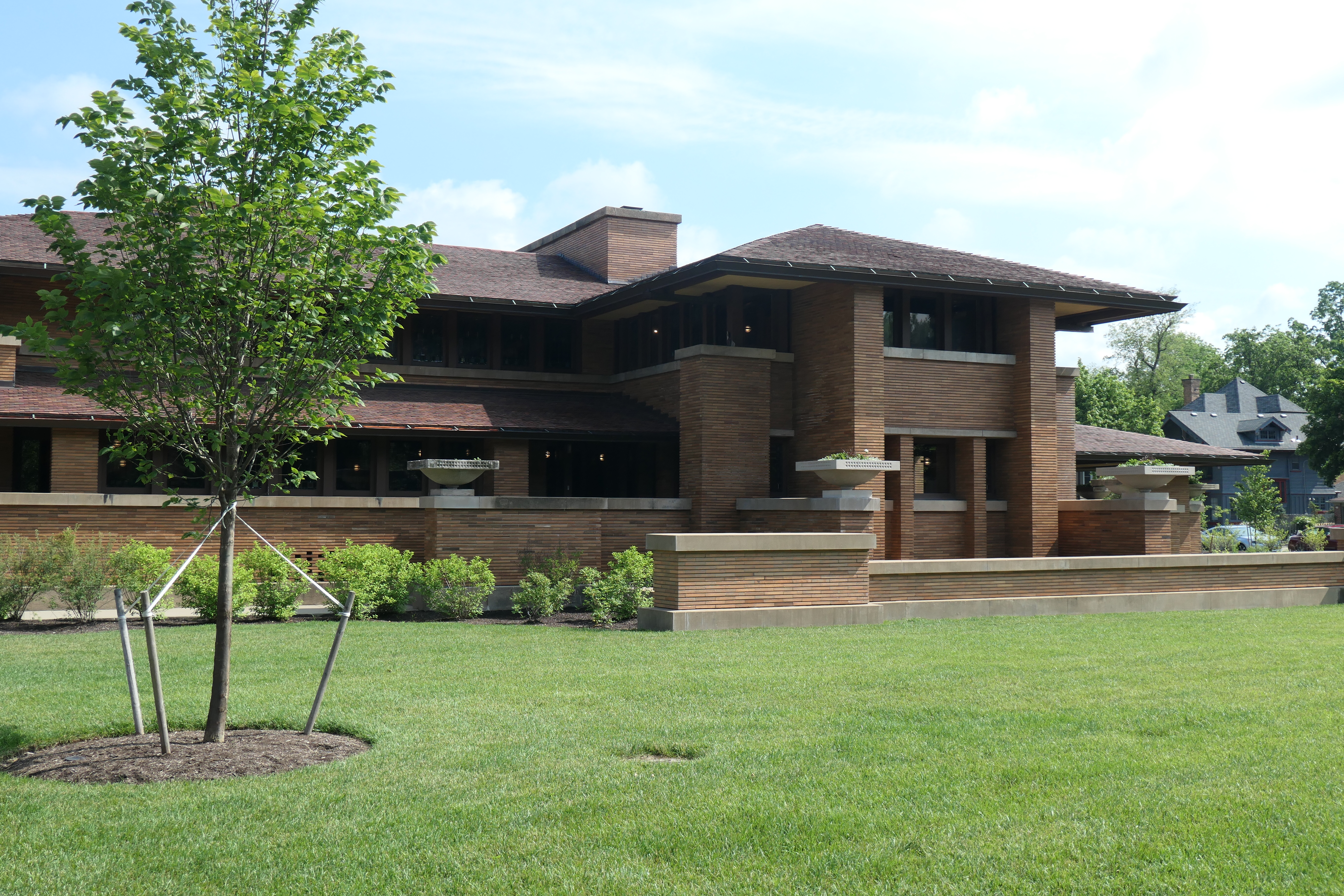 The Darwin D. Martin home in Buffalo. This home is considered by many to be Wright’s magnum opus. 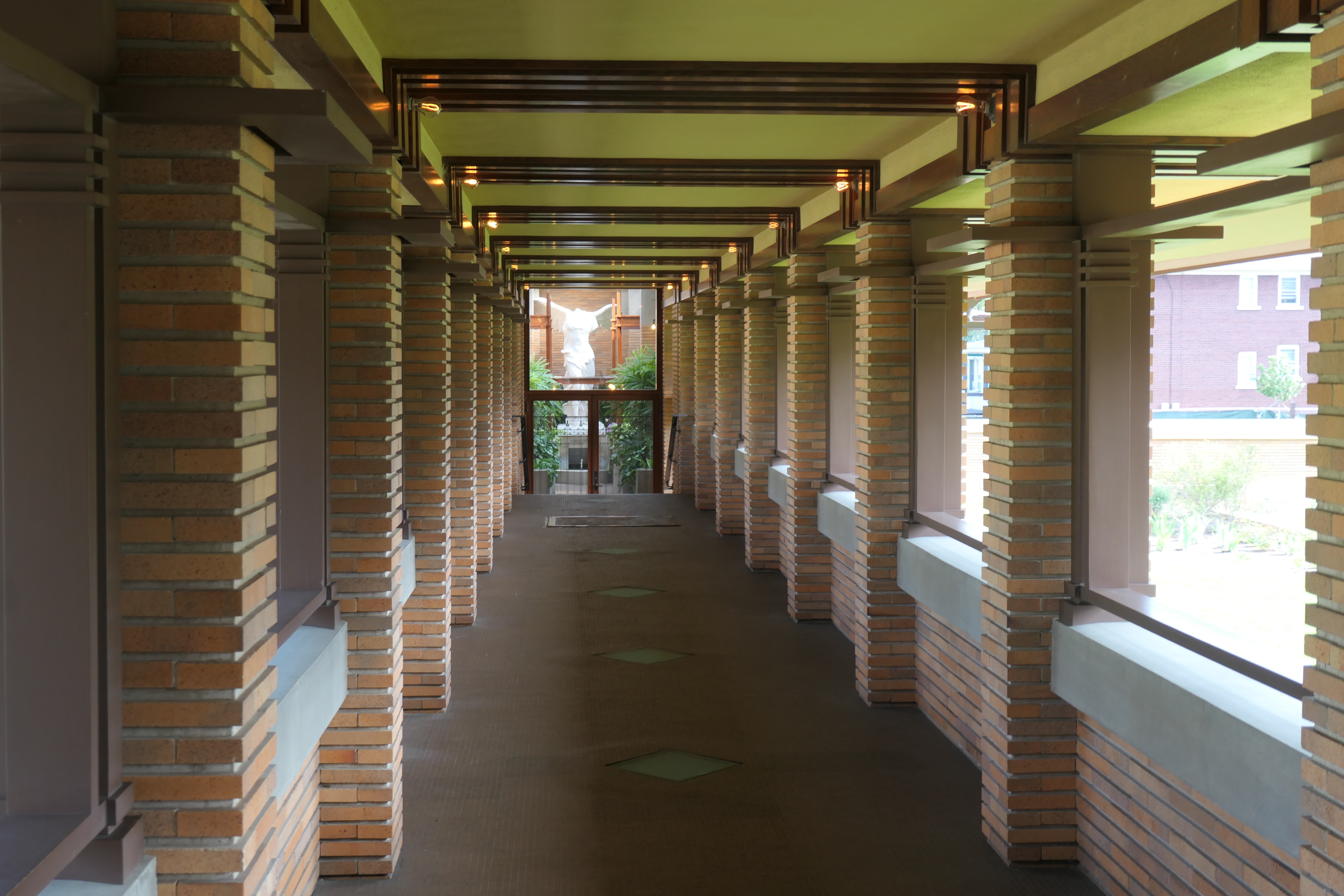 The breezeway between the home and the conservatory of the Darwin Martin home. To me, this is quintiessential Wright. 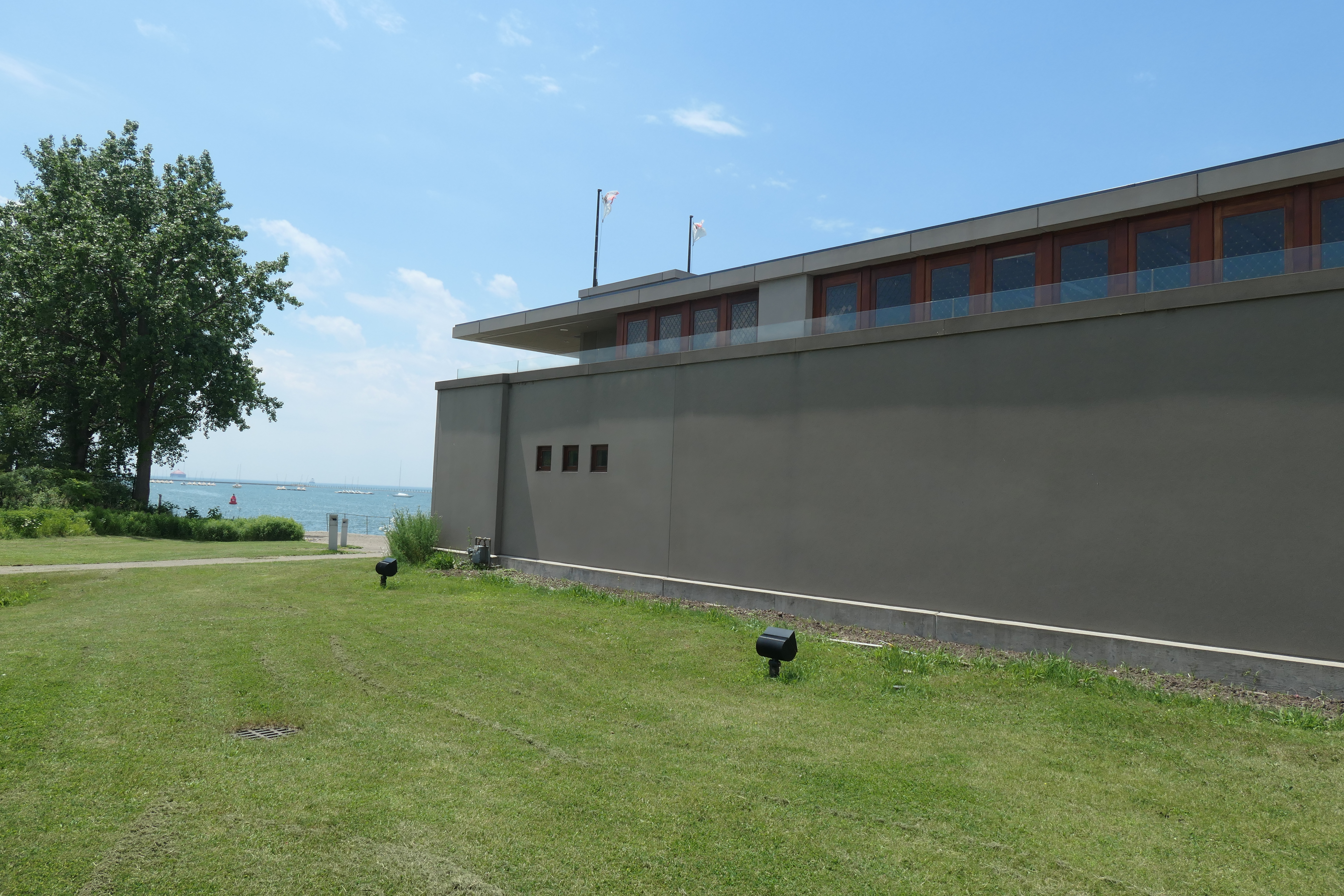 The Fontana Boat House. Designed by FL Wright for the University of Wisconsin rowing club in 1905. It was built in honor of Charles and Marie Fontana by one of their sons for the West Side Rowing Club of Buffalo in 2007. 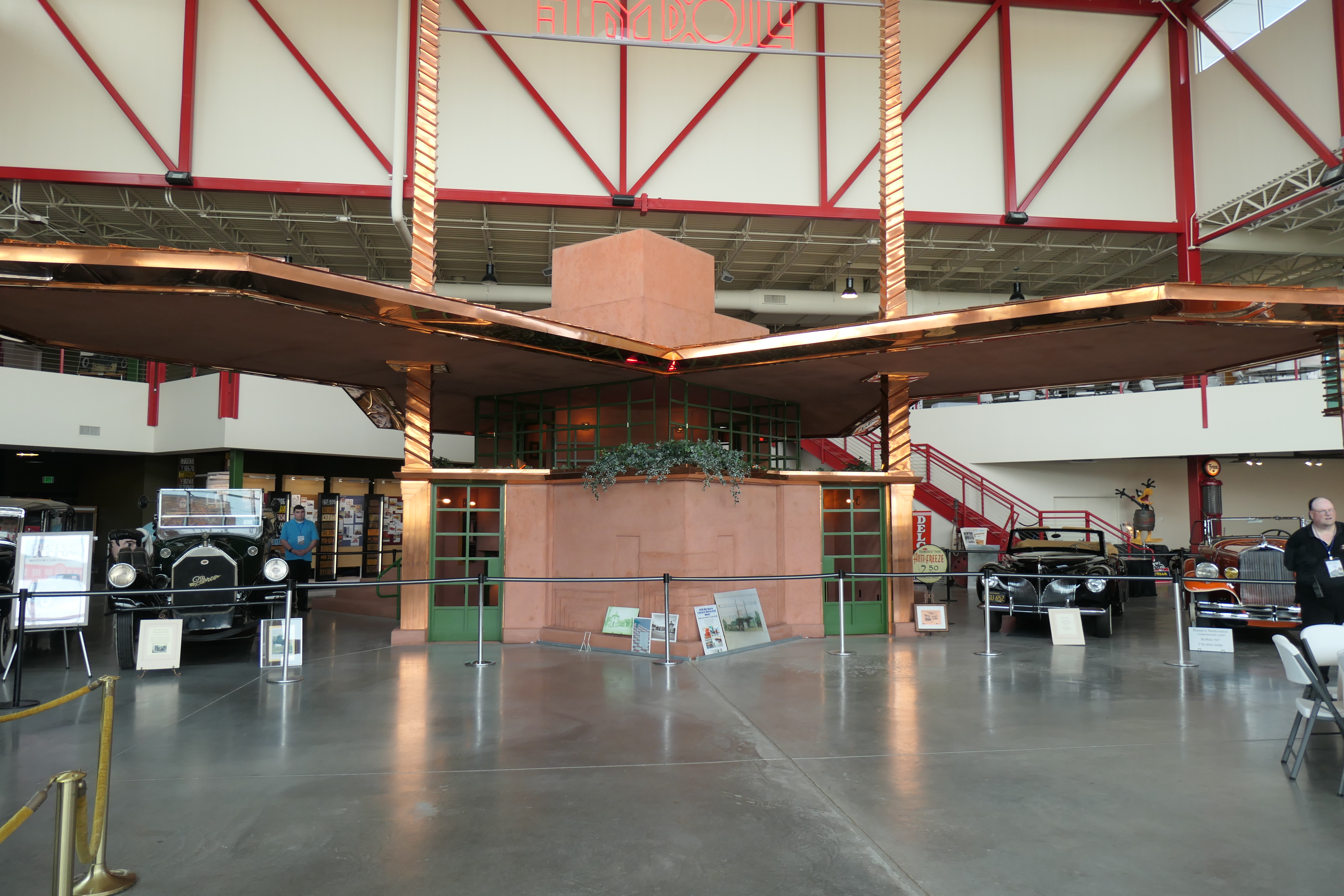 Gas station designed by FL Wright. It was built inside the Buffalo Transportation Pierce-Arrow Museum just within the last few years. 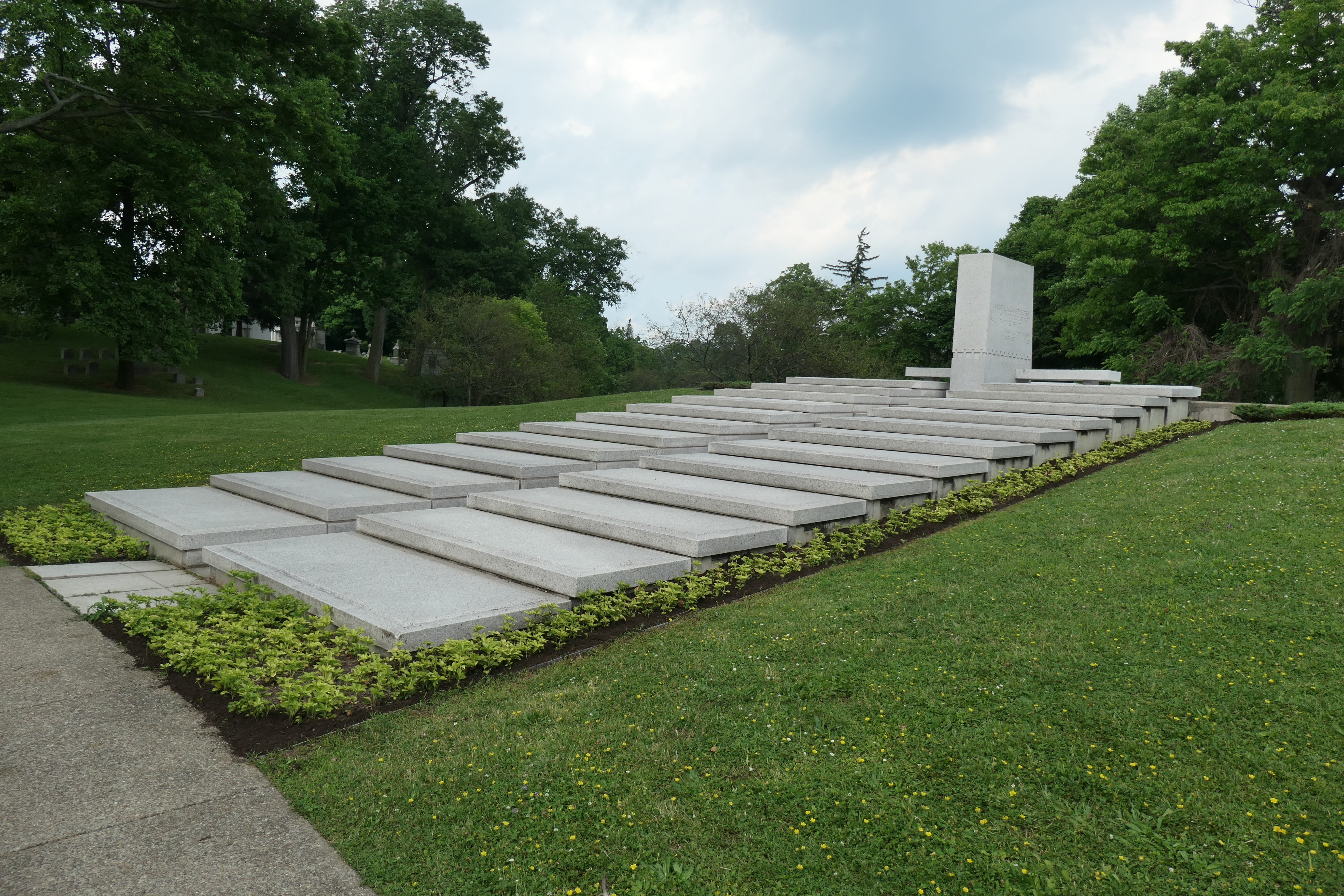 The Blue Sky Mausoleum in Forest Lawn Cemetery in Buffalo designed for the Martin family by F. L. Wright. Spaces are still available if you wish to avail yourself to this once-in-a-lifetime opportunity. Spend eternity at this prestigious address! 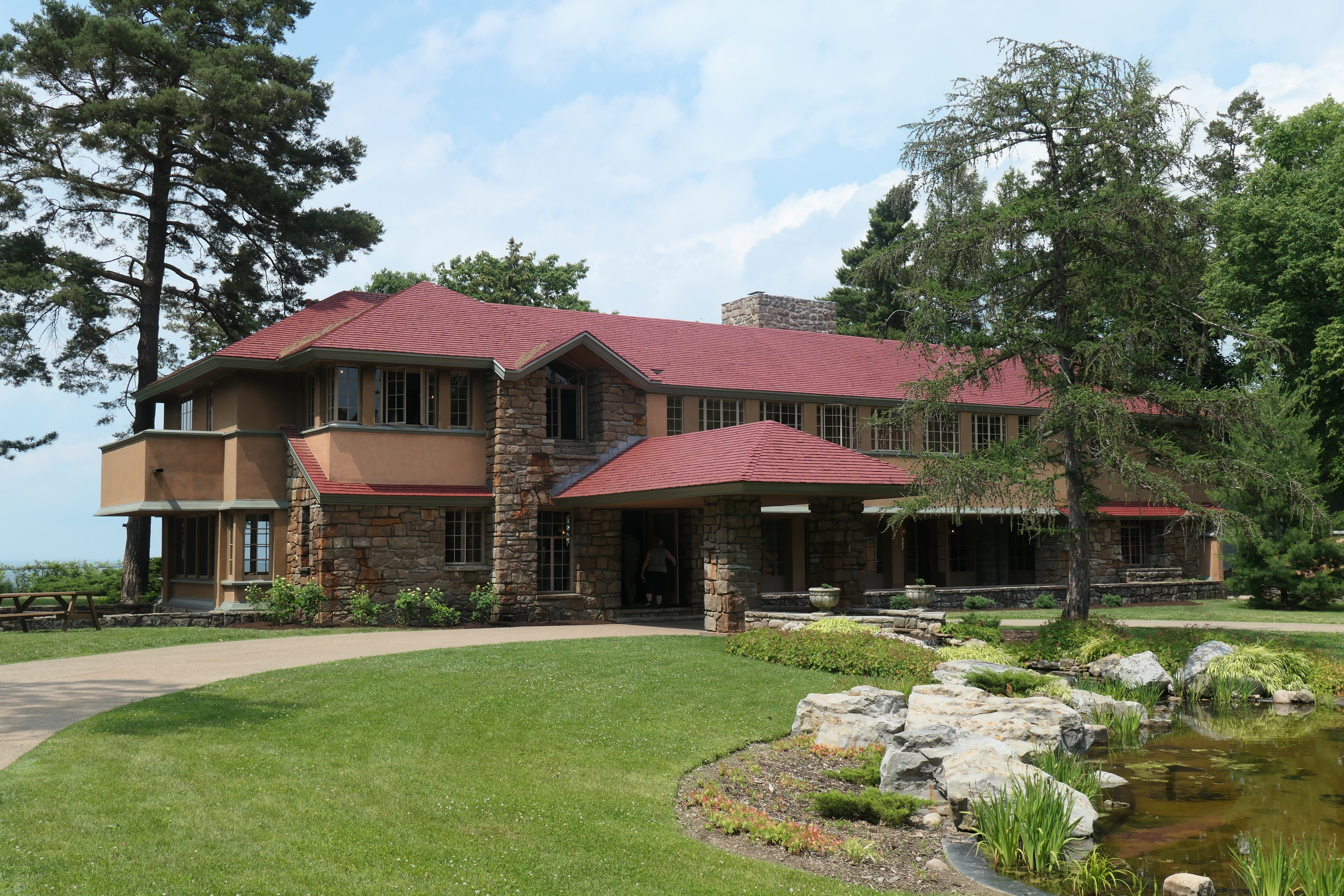 Graycliff – The summer home of Darwin Martin and his family on the shores of Lake Erie in Derby, NY. Graycliff was designed by F. L. Wright.