The Skyways of Minneapolis

Think hamster tubes for people. That’s basically what the skyways of Minneapolis are.  I first heard of this labyrinth many years ago from my Minneapolis born and raised sister-in-law. I suppose that I was thinking tunnels instead of tubes because, in my mind, I pictured the system as subterranean, but when we arrived in Minneapolis this week, I discovered that it is above the streets. 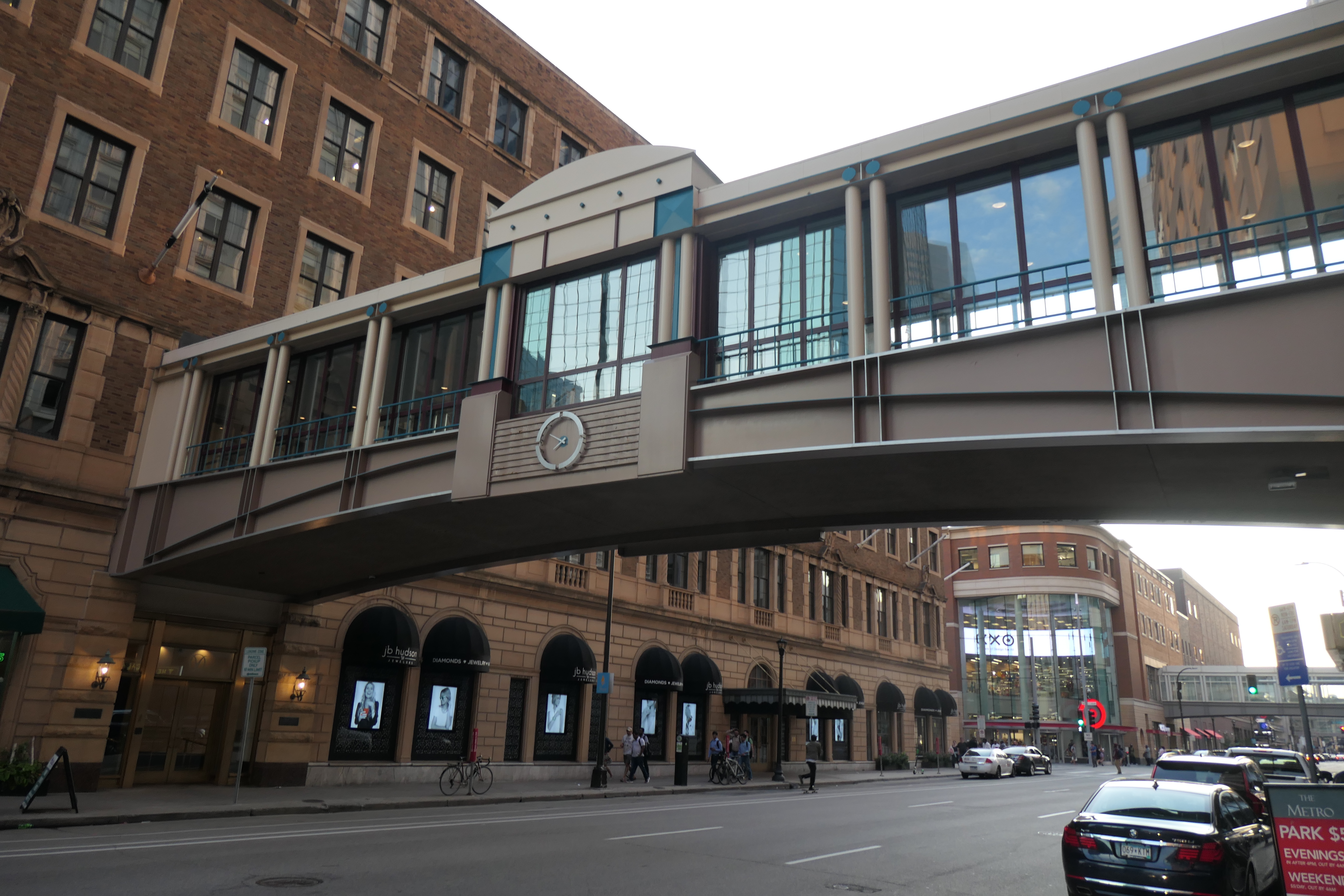 The system was started in 1962 by a real estate developer. Malls were beginning to crop up and the developer decided to connect a few buildings to provide an environment where the temperature could be controlled and to make it easy to move between buildings far above the traffic, fumes, and noise on the city sidewalks —those characteristics of malls that we all know and love, even though we would never want to be called mall rats. The Minneapolis skyway has grown over the years and now covers over eighty city blocks and about eleven miles. There are similar pedestrian systems in other cities but the Minneapolis claims that its skyway is the world’s largest. There are connected apartments and condos, sports complexes and restaurants, office towers and banks, retail stores and government offices. You could go a long time without stepping foot outside. Kinda like living in a snow globe without the snow. The fine folks of Minneapolis wholeheartedly embraced this continuous network of enclosed pedestrian bridges. Way back in time, once a month, a young lady who worked in downtown Minneapolis was chosen to be Miss Skyway. They young ladies were profiled in the skyway newsletter and received a bouquet of roses. It turns out that Minnesota Senator Amy Klobuchar was once chosen to be Miss Skyway. 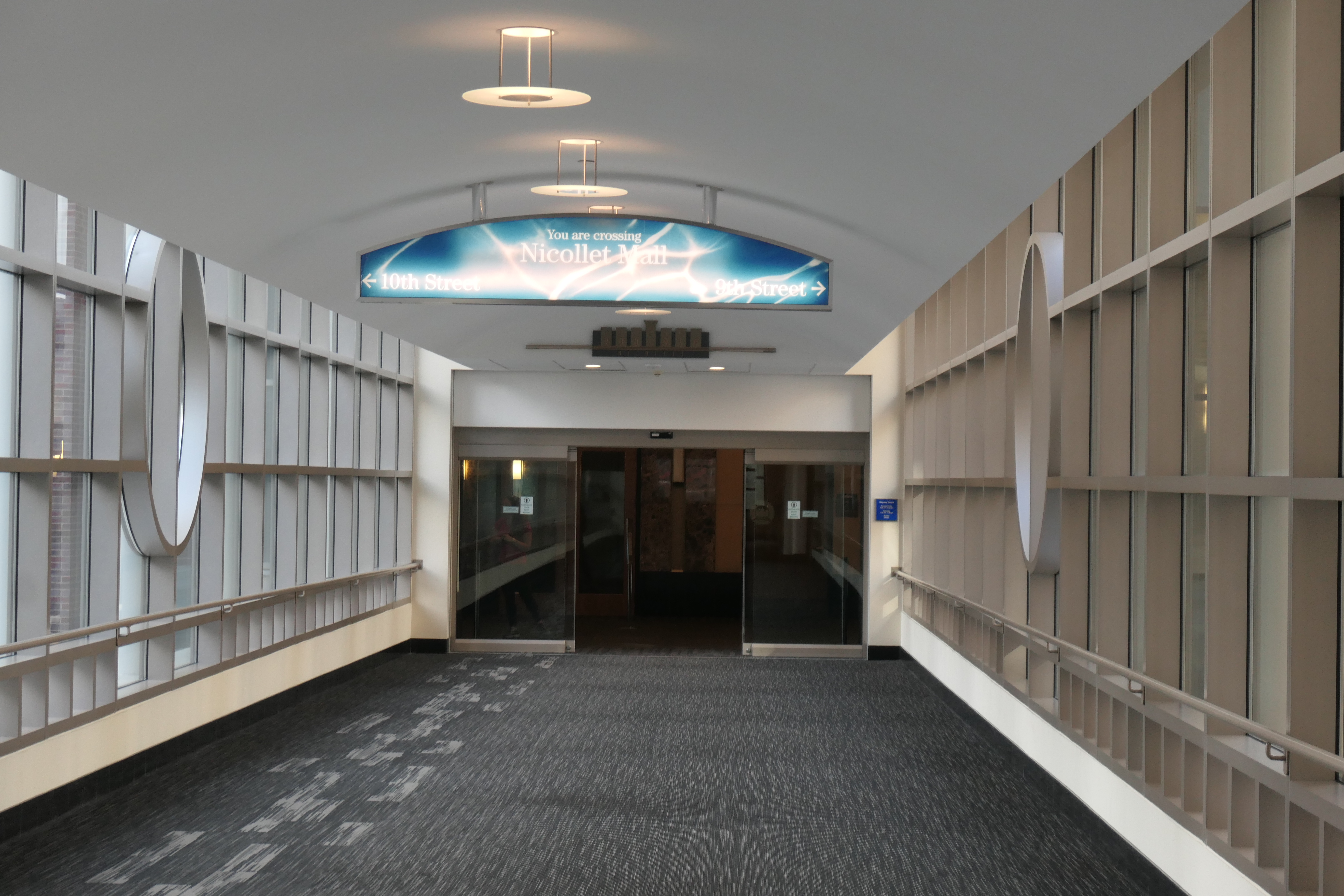 The Minneapolis-St. Paul metropolitan area has the dubious honor of claiming the coldest average temperature of any major metro area in the lower forty eight states. So the climate controlled skyway system of Minneapolis is nice. Minnesota nice. 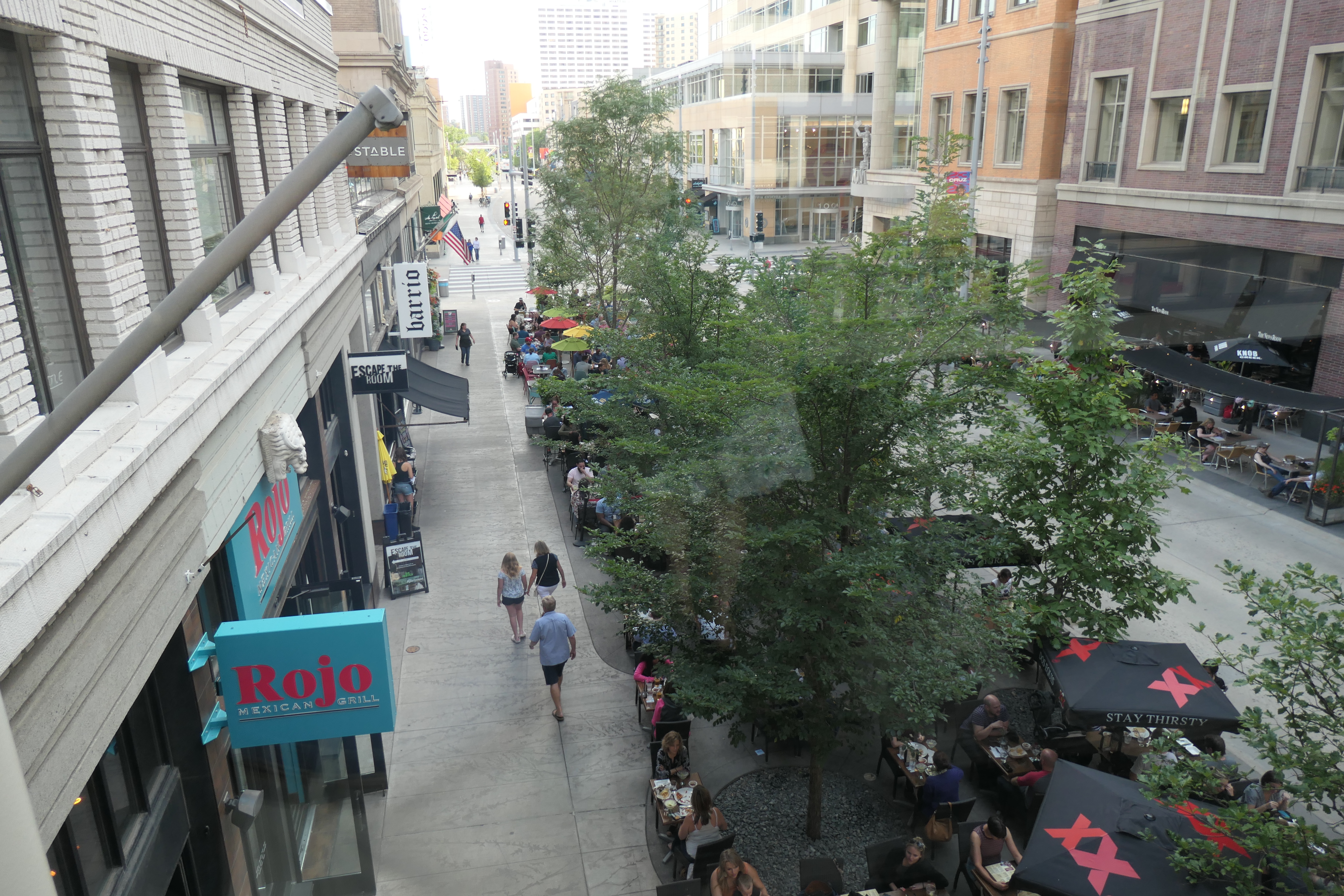 The city streets below the skyways are bustling now in the summer, but the scene will be very different come winter. 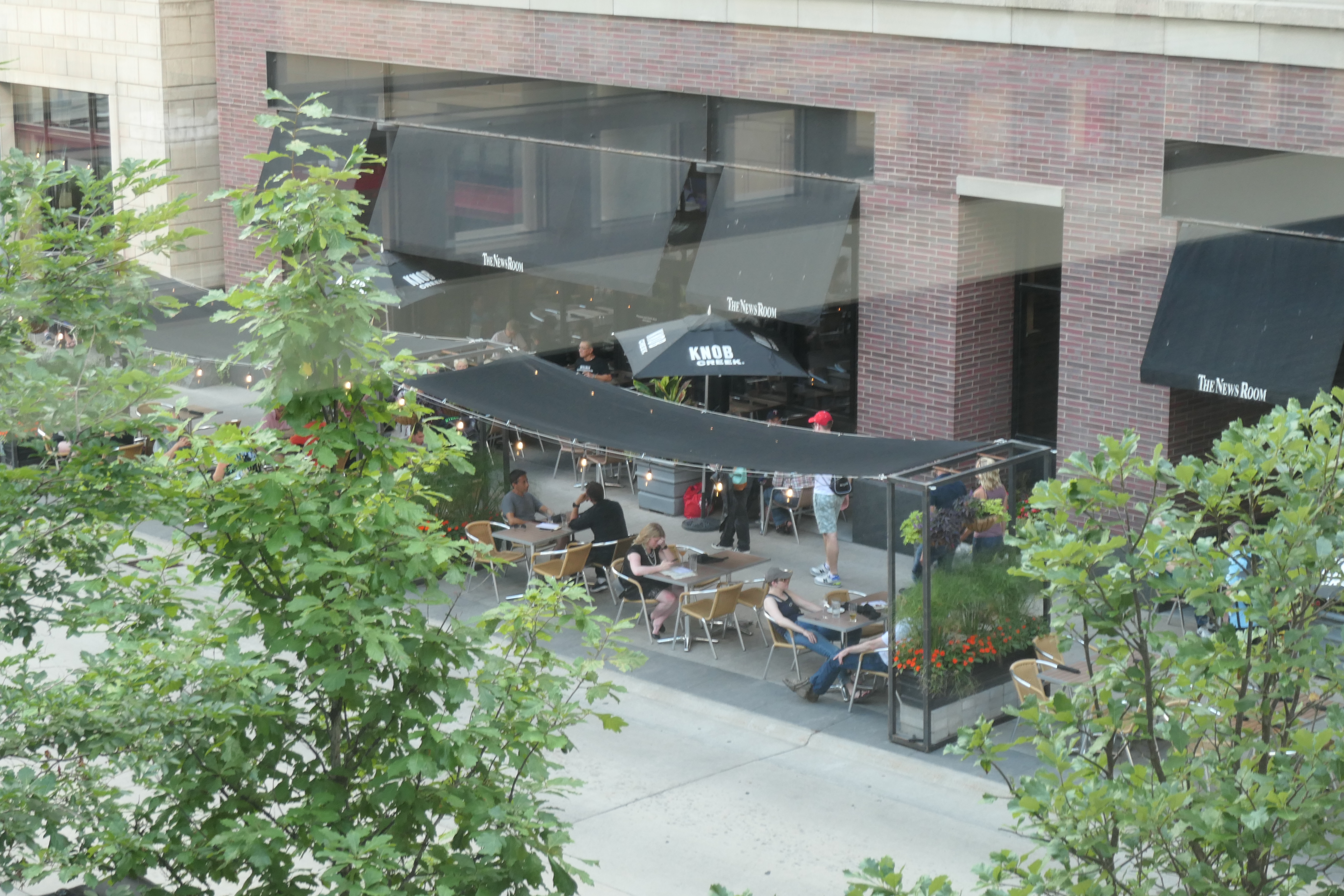 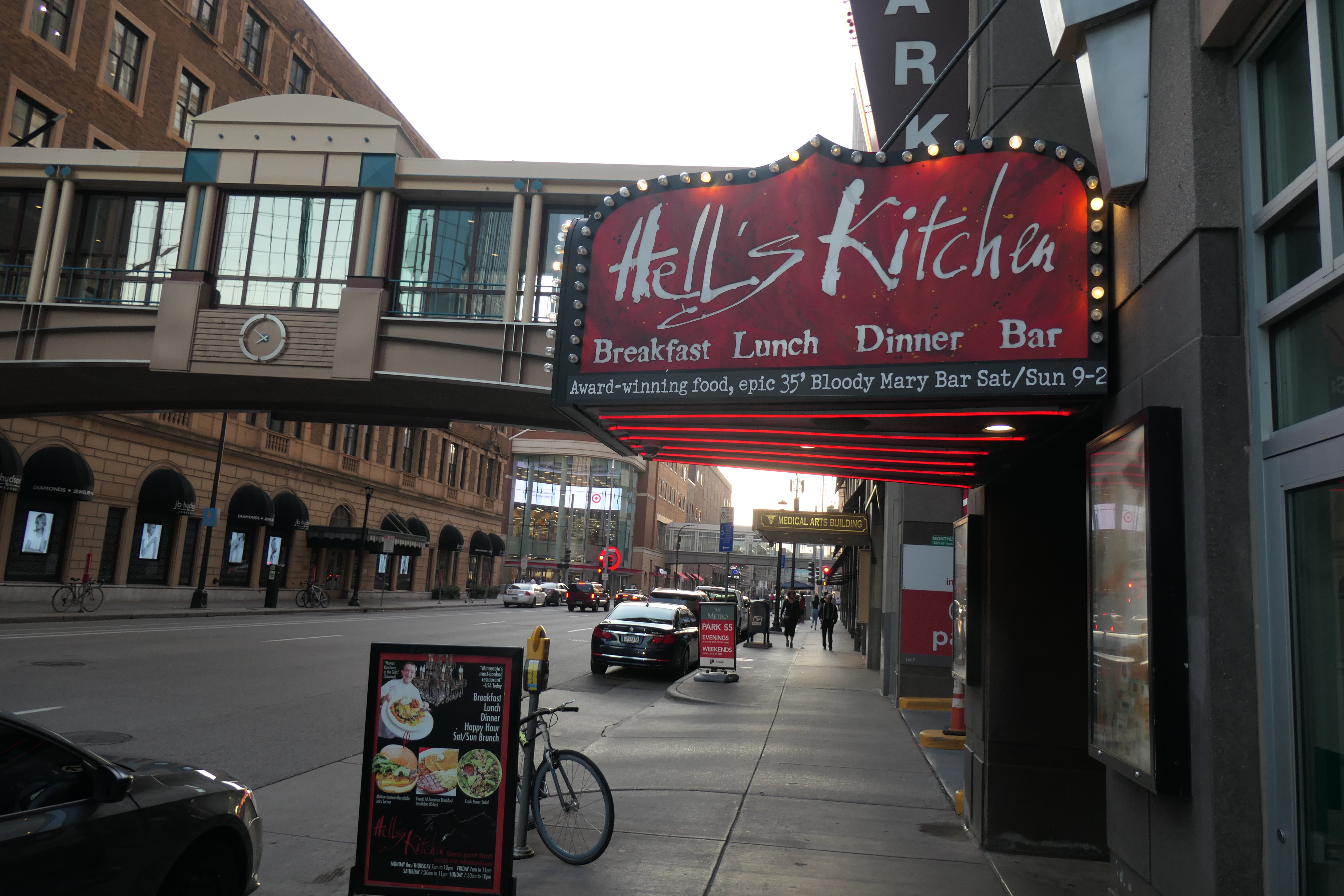