Close Encounters of a Geological Kind

We awoke this morning with every intention of going fishing. We were told that Tuesdays at Custer State Park were “Hook ‘em and Cook ‘em” day in the park. We were going to catch the fish and the park rangers were going to clean and cook them. I had already chosen my wardrobe. Attire is important in sports. Unfortunately, we were given some incorrect information. “Hook ‘em and Cook ‘em” day is Friday. Rick said it was probably for the best. He was concerned about our ability to get our own lunch unless we were in a nice full service restaurant. You know, the white tablecloth kind. However, he does make a pretty mean ham sammich most days when we are at home.

Anyway, with no prospect for hooking and cooking, the day was wide open and Rick started flipping through all that waste of paper affectionately referred to as tourist information that we have picked up along the way here in South Dakota. He ran across an advertisement for Devil’s Tower National Monument in Wyoming. That was it. A light bulb went off in his head and it was a high wattage bulb! A plan was made and we were in the car in probably less than an hour, speeding along toward Wyoming. He was positively giddy about seeing this geological phenomenon.

Don’t get me wrong: it was not all about the geology. He was bonkers to see the site of the climax of the 1977 Steven Spielberg movie “Close Encounters of the Third Kind.” Two and one half hours drive time there and ditto on the return was not going to stop him today.

Let me tell you, it was so worth every single minute staring at the bug splats on the windshield. As an extra bonus, we are about three fourths of the way through Stephen Ambrose’s tome Crazy Horse and Custer. It was so easy to visualize all the action on the prairie right along beside the highways as we listened to the audible book. We drove through South Dakota obeying the speed limit of 75, but when we crossed the state line into Wyoming, Rick added a little more pressure on the gas pedal as the speed limit increased to 80. Nice. We made good time. 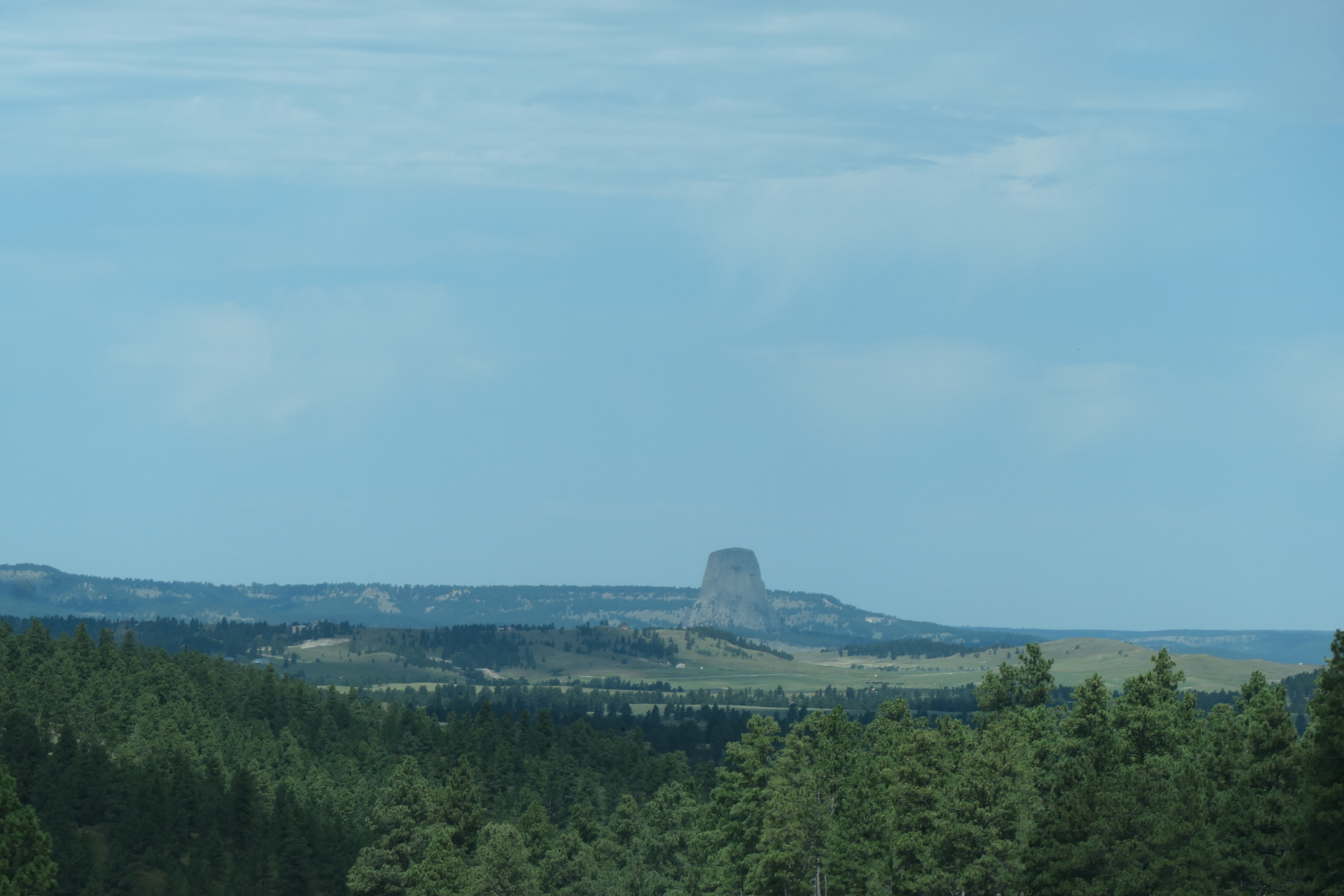 Our first glimpse of the Devil’s Tower from miles away.

The Devil’s Tower is incredible. The Native Americans revered the tower and have their own legends about its formation. They still use the grounds for sacred ceremonies.  It was the first national monument designated by President Theodore Roosevelt in 1906 under the newly passed Antiquities Act. President Roosevelt declared that the Devil’s Tower was of “scientific interest.” Indeed. 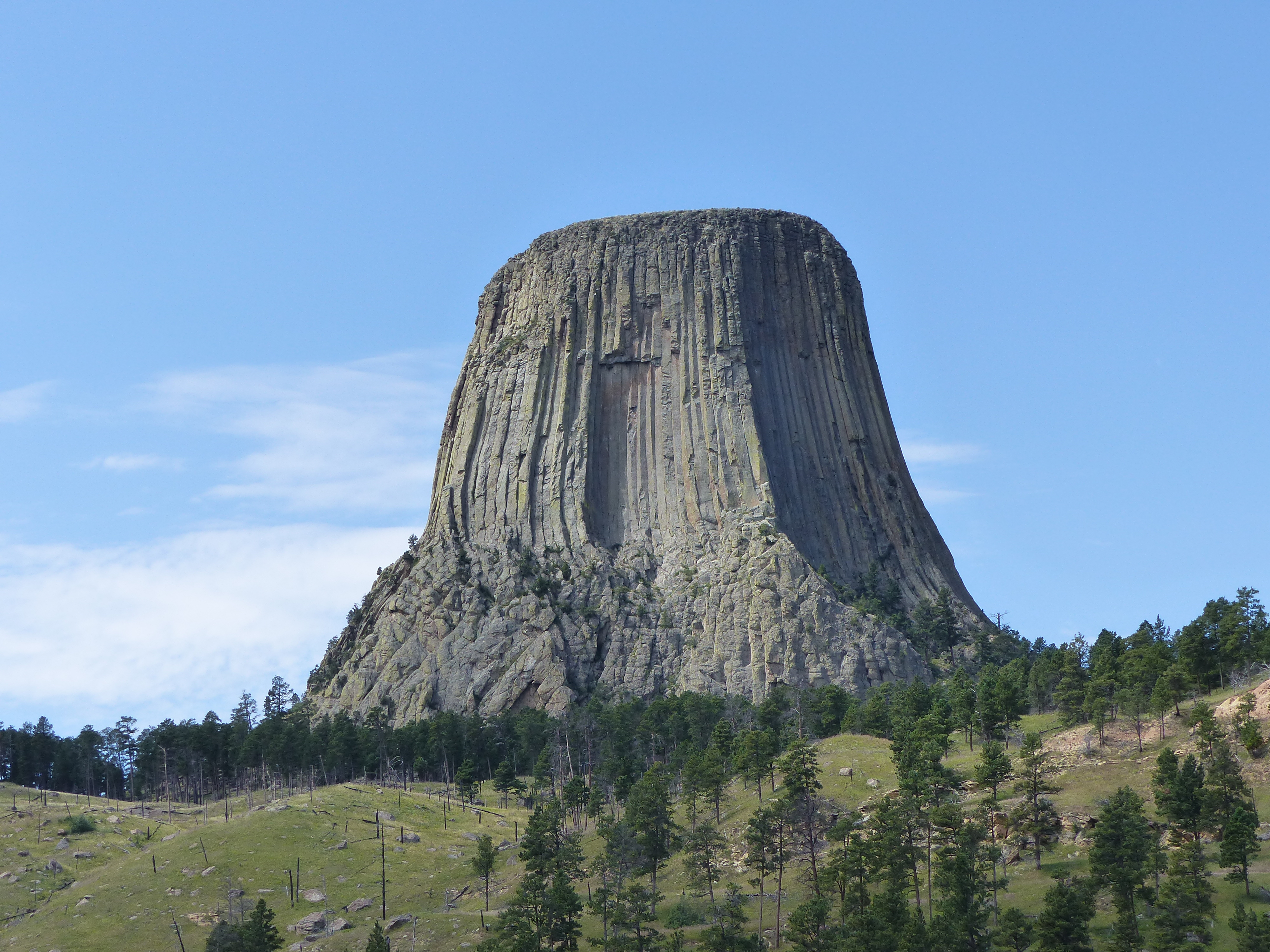 We trekked around the loop at the base of the tower and took way too many pictures. It is a beautiful natural phenomenon and the countryside around it is also breathtaking. Apparently, over 5000 people climb the tower each year. They come from all over the world. No climbing for us; it’s 1,267 feet to the top. The hike around the base was just perfect. By the way, the top of the tower is about one acre in size. 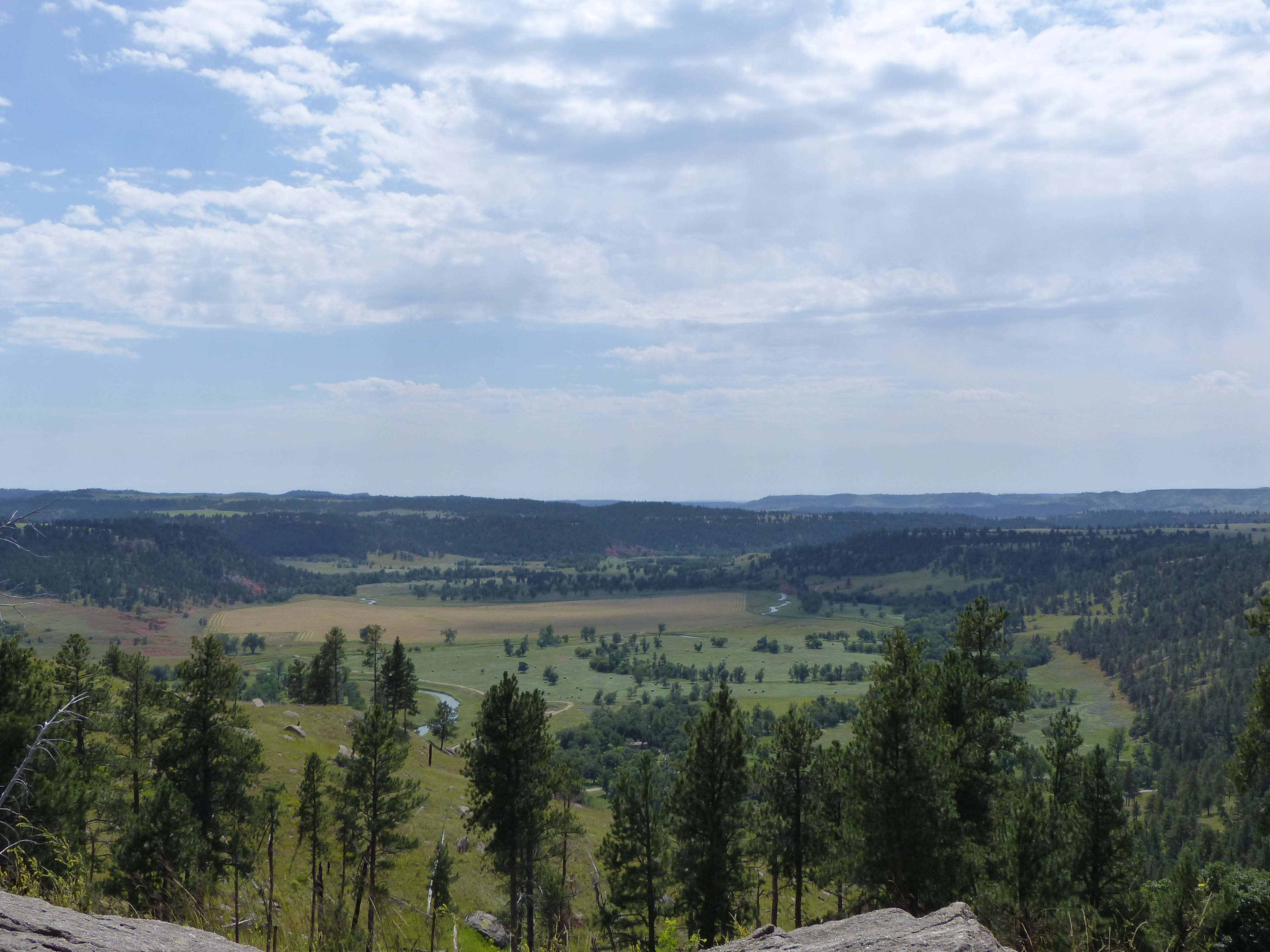 This photo doesn’t do justice to the breathtaking valley below the Devil’s Tower.

But it would be interesting to know why the parking lot was full today. I wonder how many folks came because they saw Close Encounters so many years ago and, being in the vicinity, had to drive through the gates for a look. The gift shop takes advantage of the movie and sells merch with references to Area 18 and to aliens, but I suspect the references are lost on many of the younger visitors.

The movie was relaunched in 2017 as it celebrated its fortieth anniversary. We are eager to watch it again now that we have seen the Devil’s Tower. Confession time: we still have a VCR player or two, so if you have a video cassette of the movie (or whatever we used to call  them), don’t be shy. Just admit that you are a hoarder and let’s have a movie night and watch it. 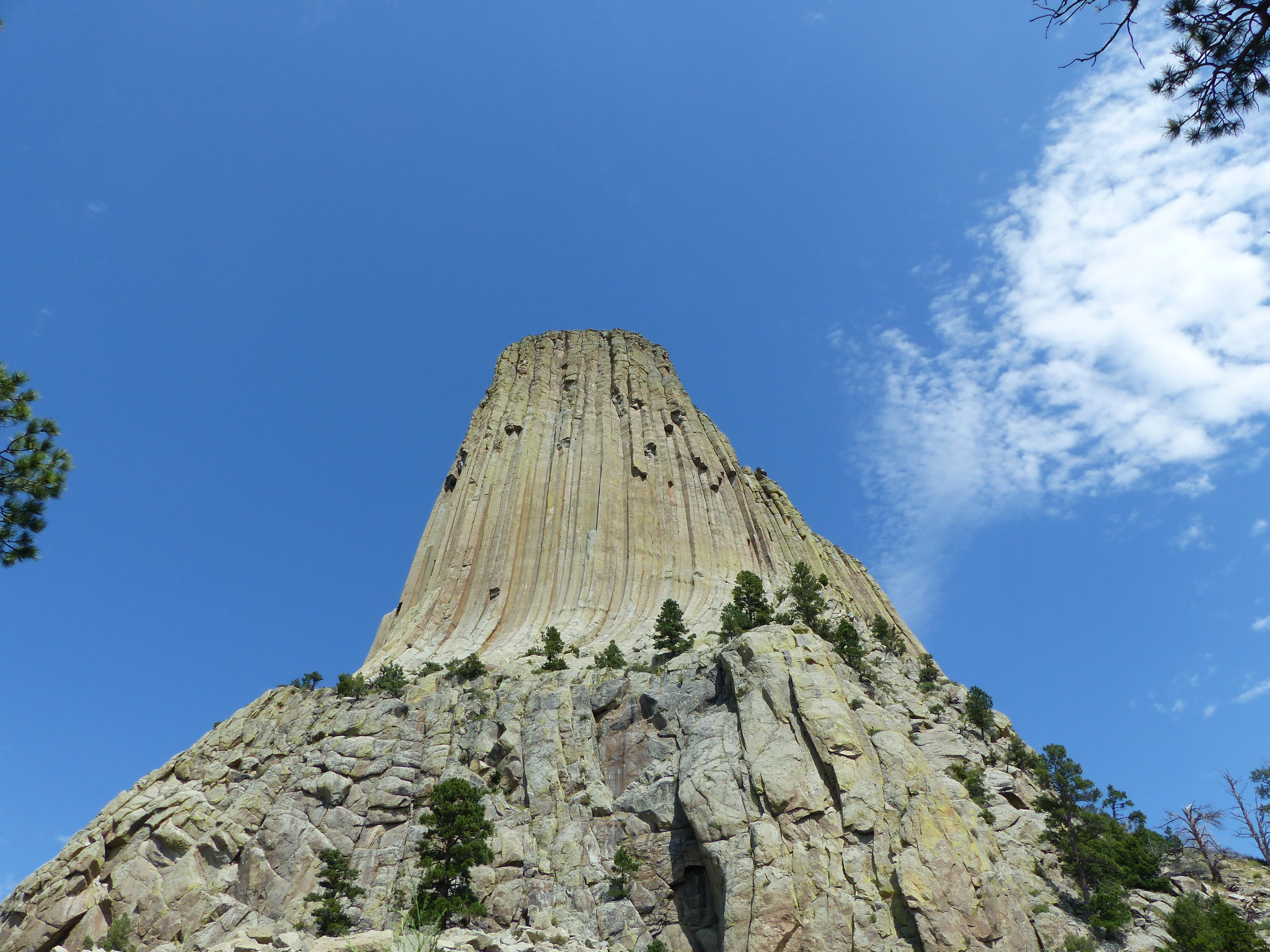