Yesterday was our first day at Custer State Park (CSP) in South Dakota. This is a huge state park. It is the fifth largest state park in the country with over 72,000 acres within its borders. We went all over this park and even outside of it to Wind Cave National Park, the Crazy Horse Memorial, and Mount Rushmore. There is so much to show and tell, but I can’t wait to show all the fabulous wildlife we lucky to see yesterday, so I will keep the telling part to a minimum here today.

First thing yesterday morning, we jumped in the car and drove the 18 mile Wildlife Loop. Along the way, we saw the famous begging burros of CSP. They are the only animals in the park that it’s OK to feed. They come right up to the cars and stick their faces right in the window. You just can’t help but laugh at them because they are just so cute. They will eat apples and carrots, but really get excited when someone rips open a bag of Cheetos. I can relate to that. 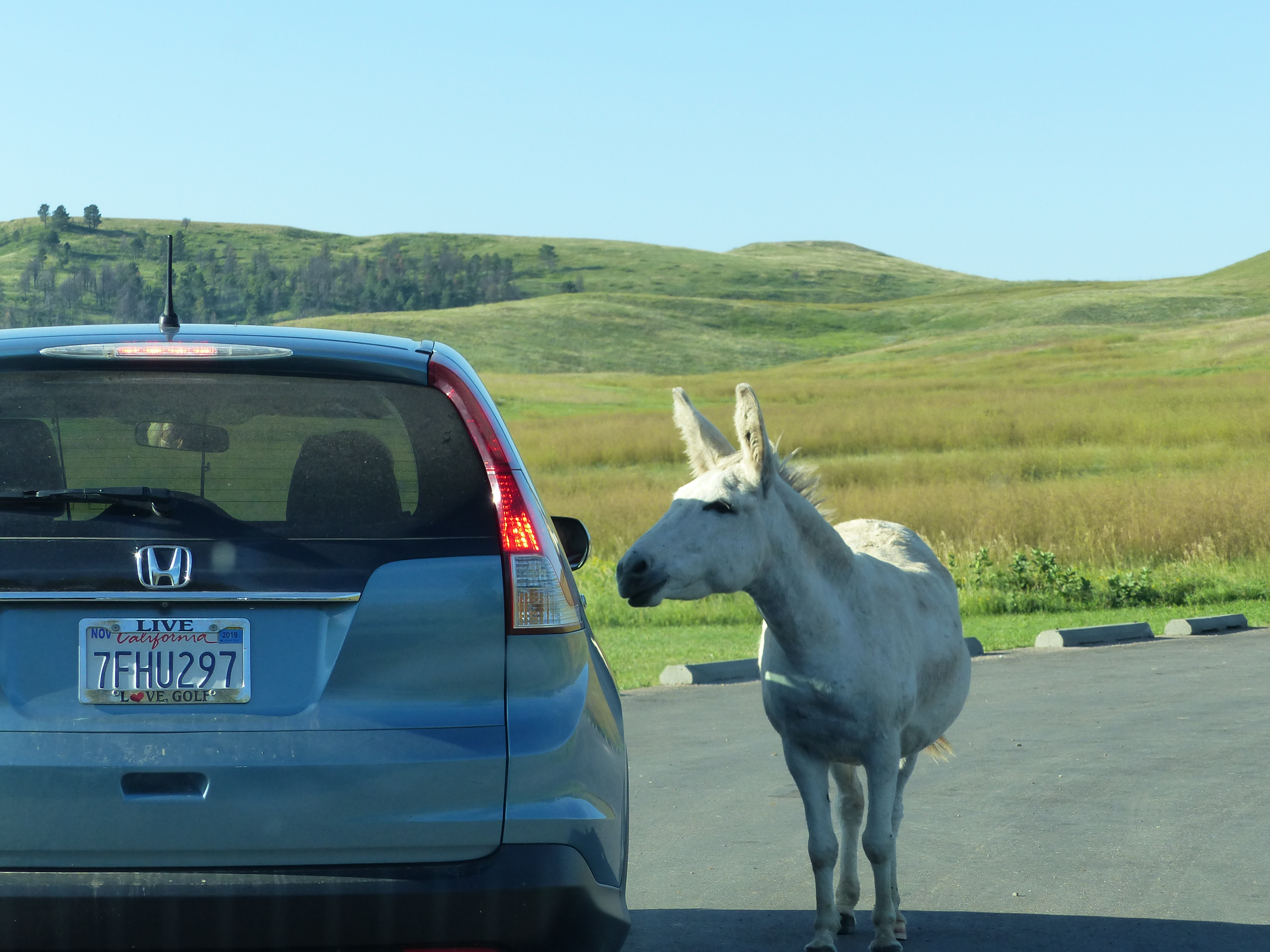 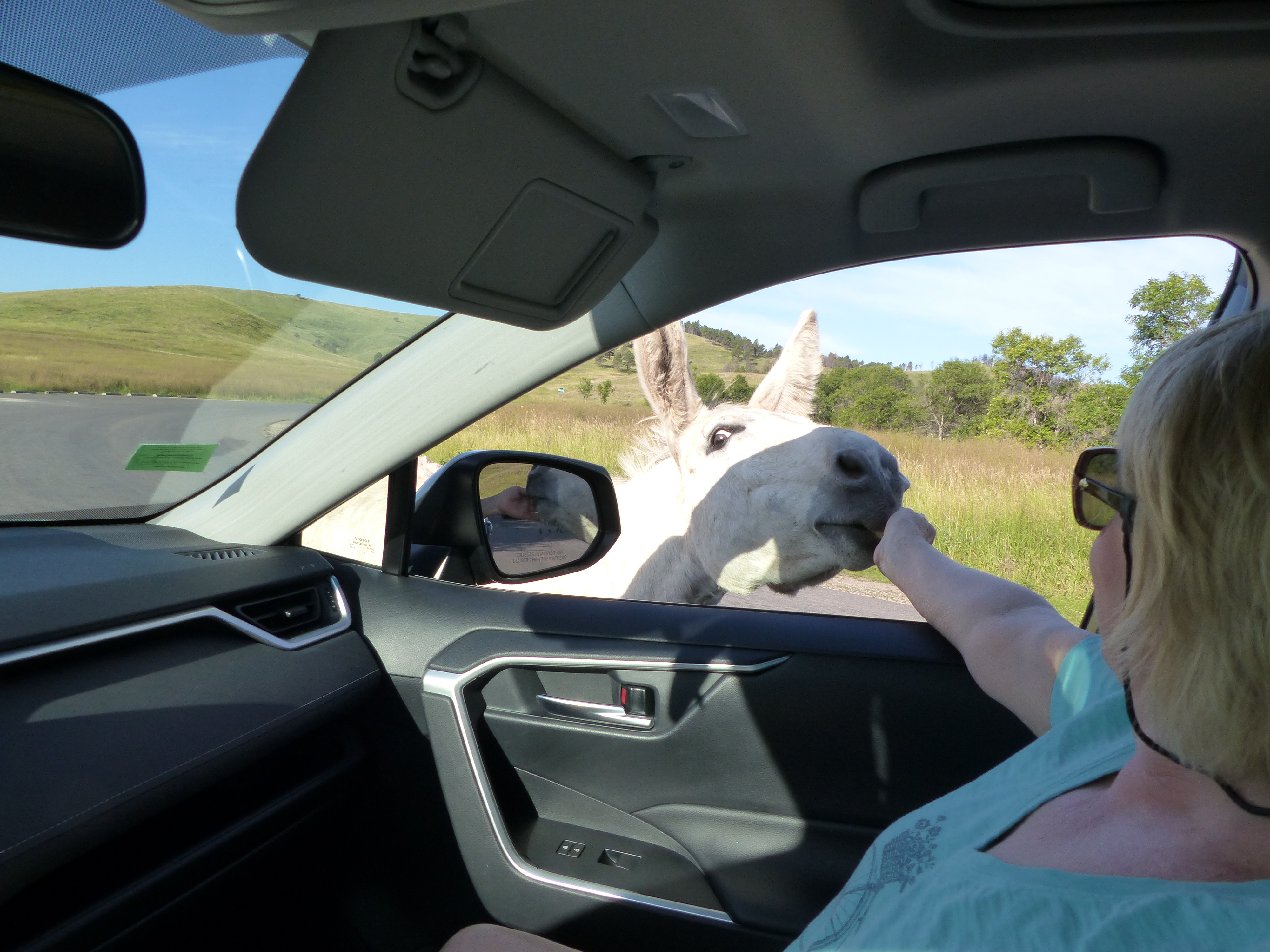 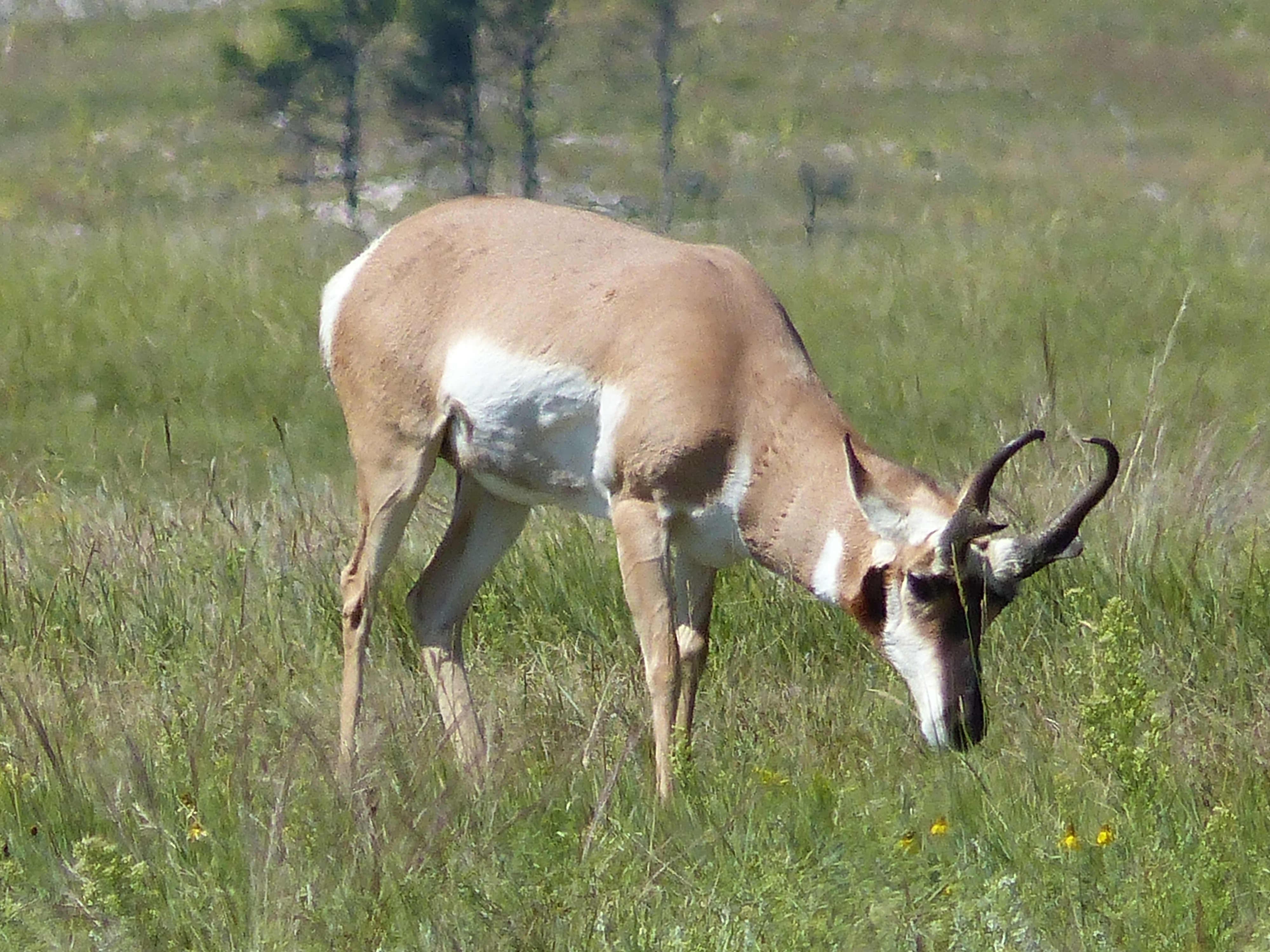 Then we went for a Buffalo Safari tour with a man named Matt who knew the animals and the park like the back of his hand. He said that he had already led a tour this morning and that he knew where the buffalo were, but that it would be about a 30 minute drive. Along the way, we encountered several of the park’s bighorn sheep. They were munching along the side of the road. Matt said that they like to graze there because salt run off from salting the snowy roads in the winter gets into the vegetation and they like that. 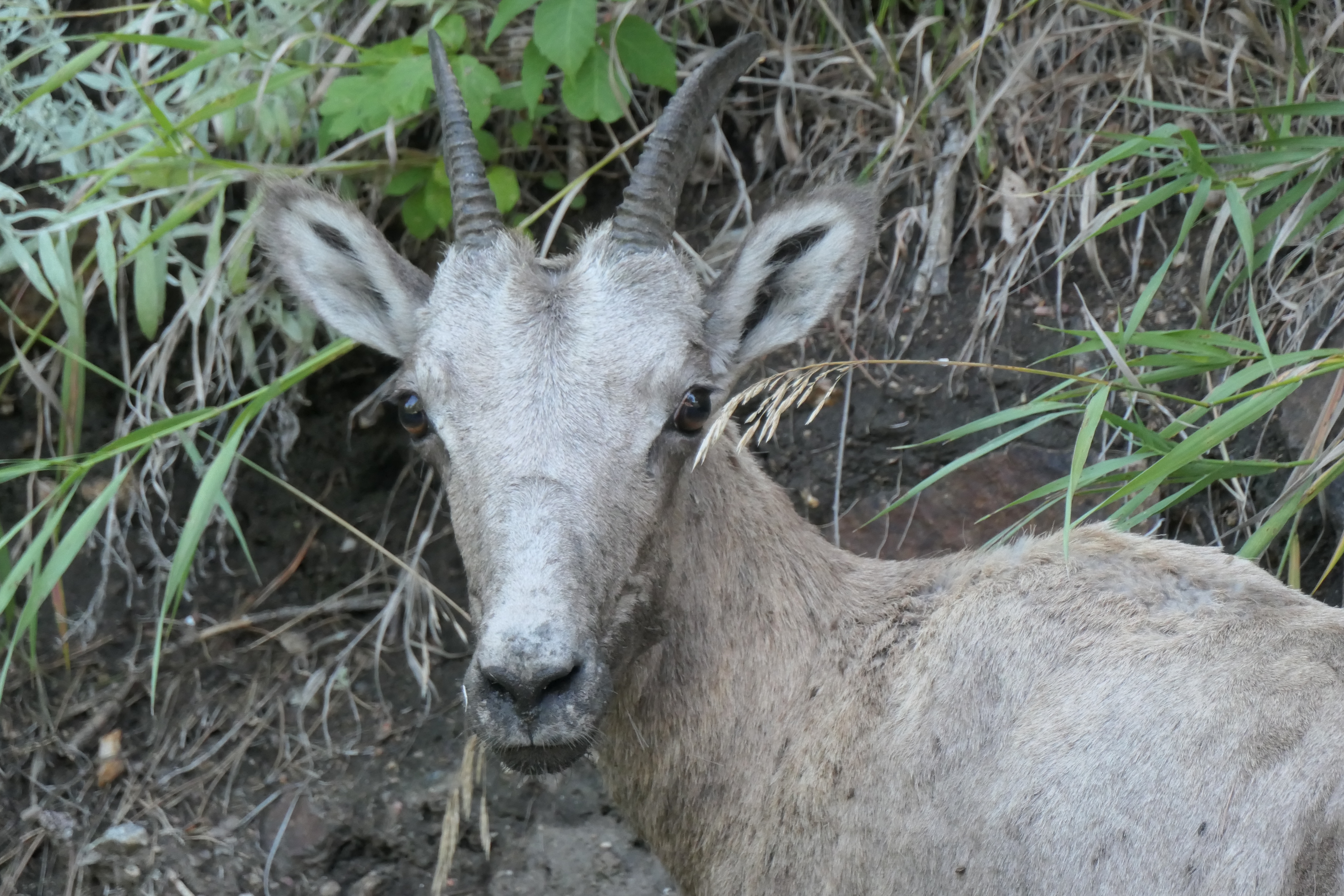 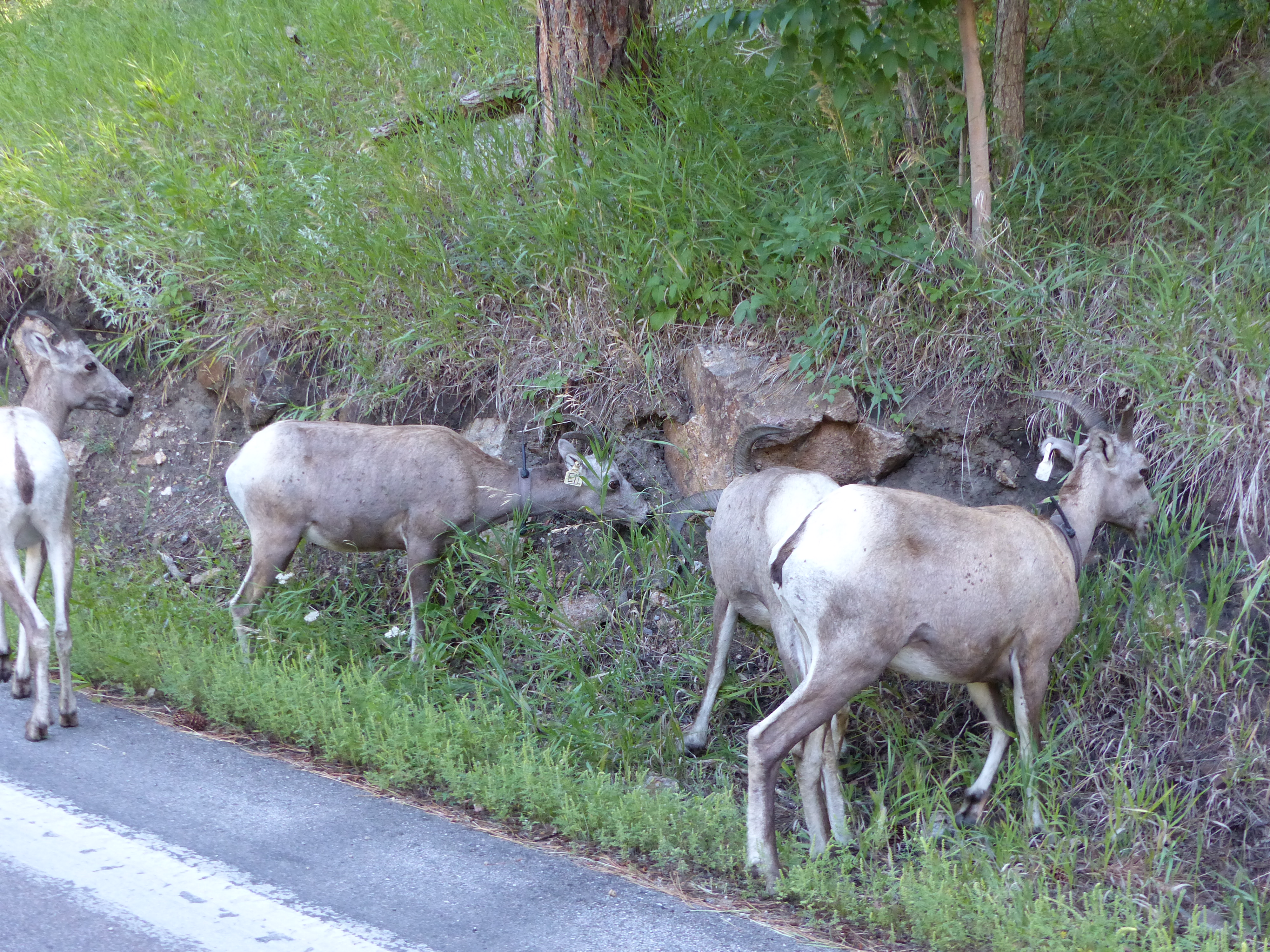 We saw lots of prairie dogs all over the park. Matt showed us a prairie dog town that he said is the largest in the Black Hills. According to Matt, these little guys make seventy-two different warning sounds depending on the threat the sentry sees in the area. He said that if we walked through the town, they would make a certain sound, but if we walked through the town with a dog, they would make a different sound. Matt says that their communication skills are more advanced than dolphins or whales. 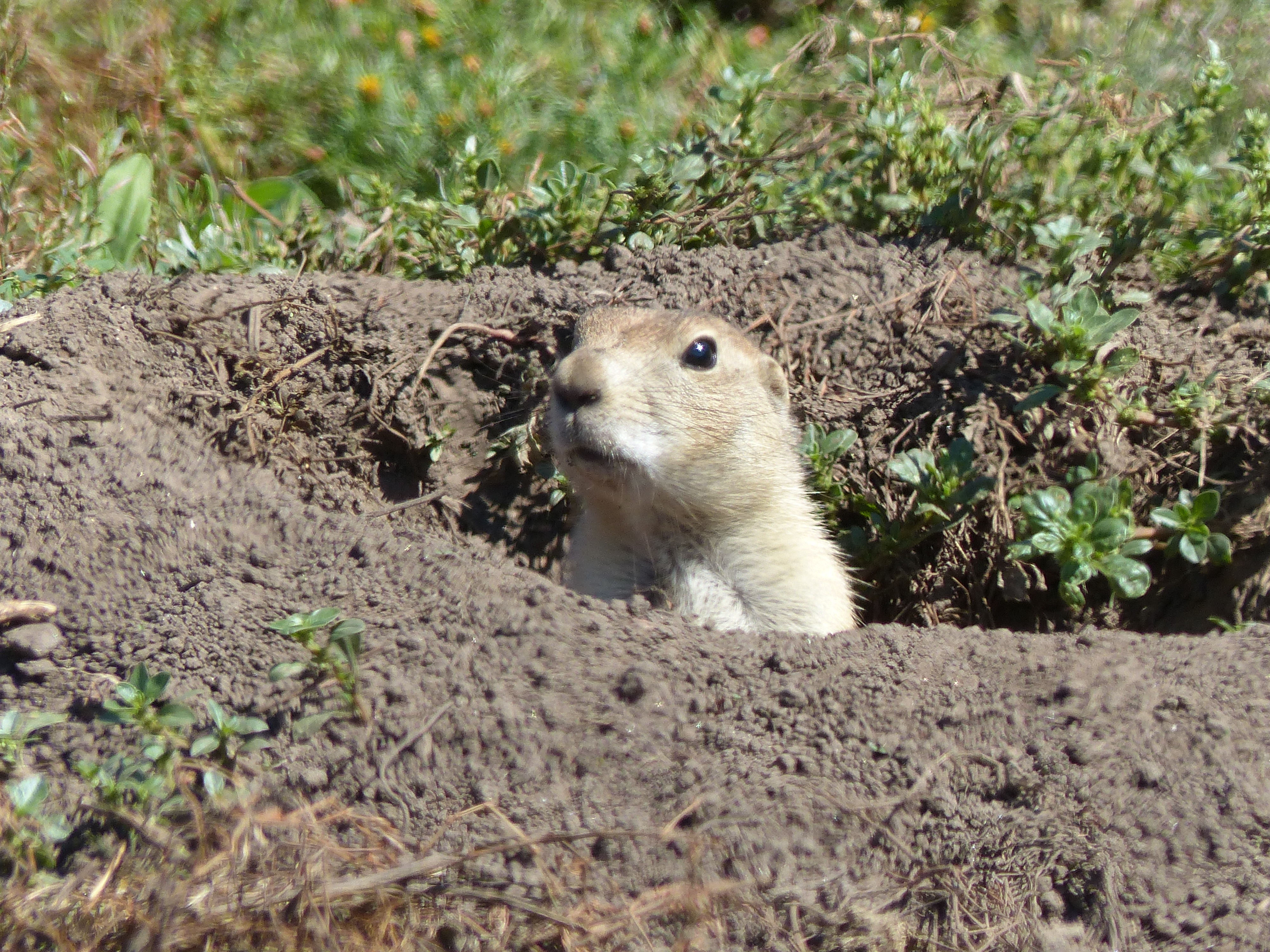 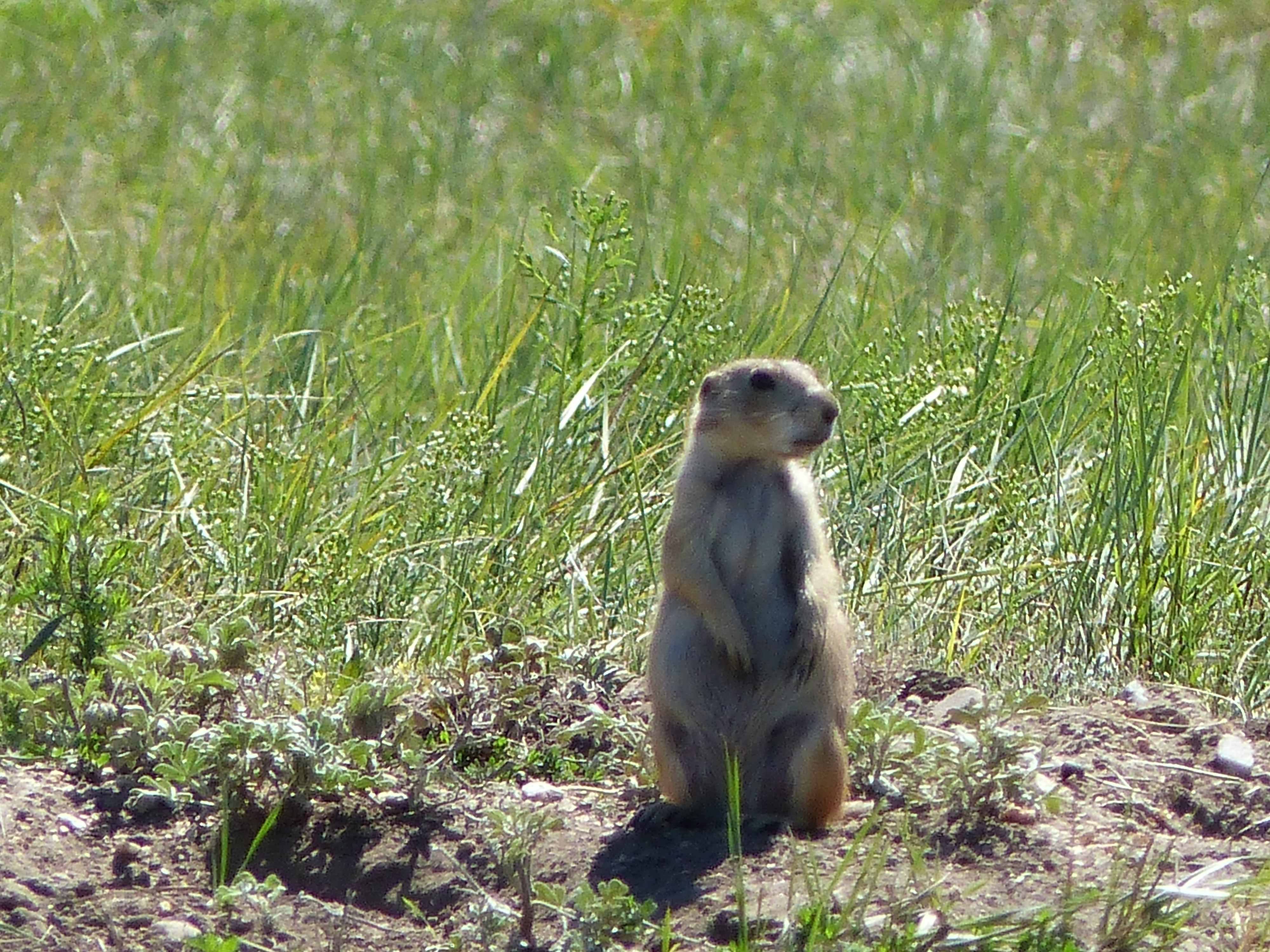 The herd of bison was a sight to see and we just drove right into the middle of it. It was almost as if Matt knew all of them personally. We learned so much about these big guys that I think we could write a book about them. It seems that many years ago, the CSP herd had a brief dalliance with some floozy cows and the herd is only 99.99% pure buffalo. The herd in Wind Cave National Park likes to boast of being 100% pure and “too good” to hook up with the CSP herd. These beasts can tip the scales at weights up to 2500 pounds. They have a round up late in September and sell about 400 every year. A pregnant buffalo fetches around $6000 at auction. It’s mating season right now, so the herd is all jumpy and jittery. Lots of growling and posturing among the males and a skirmish is always a possibility. 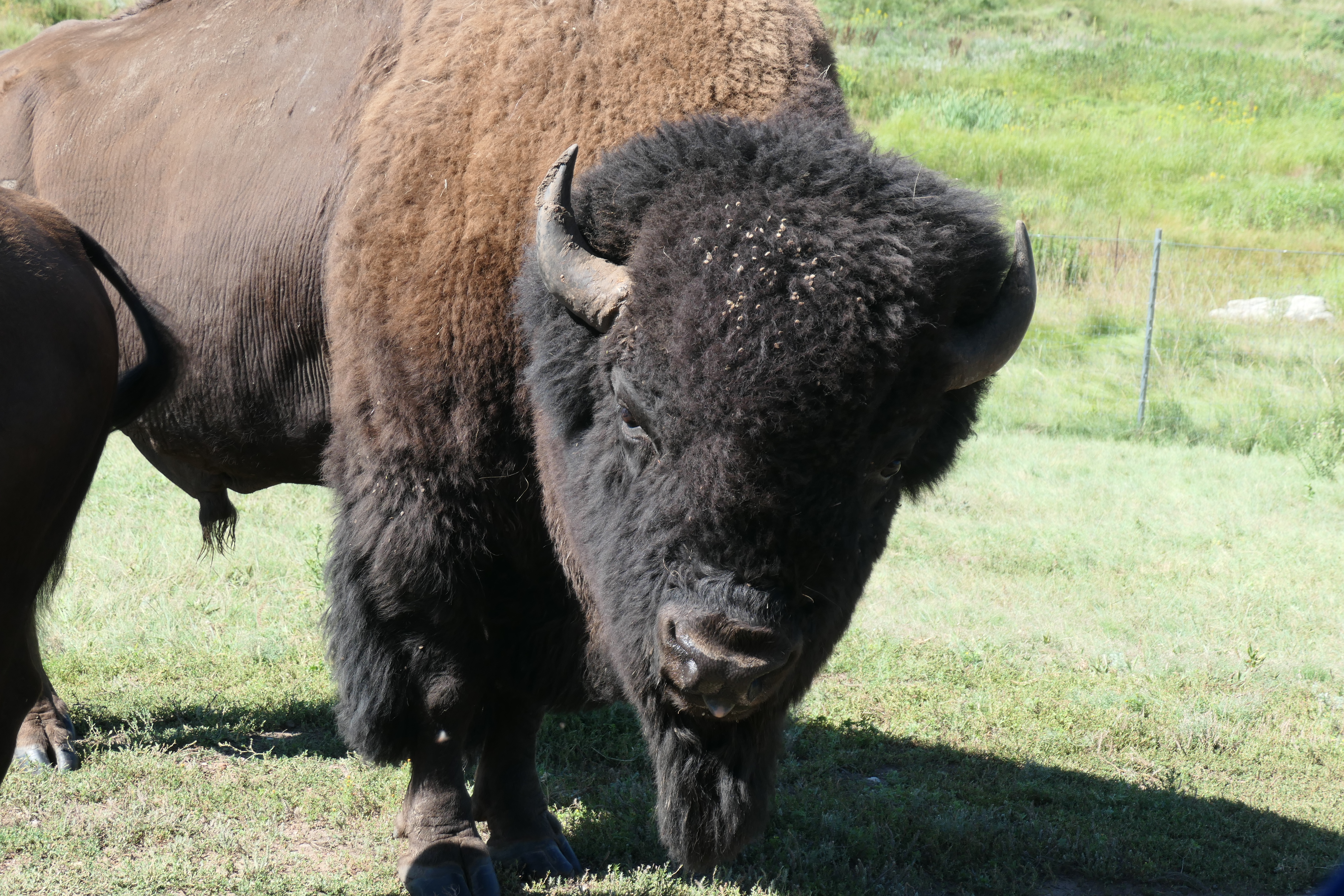 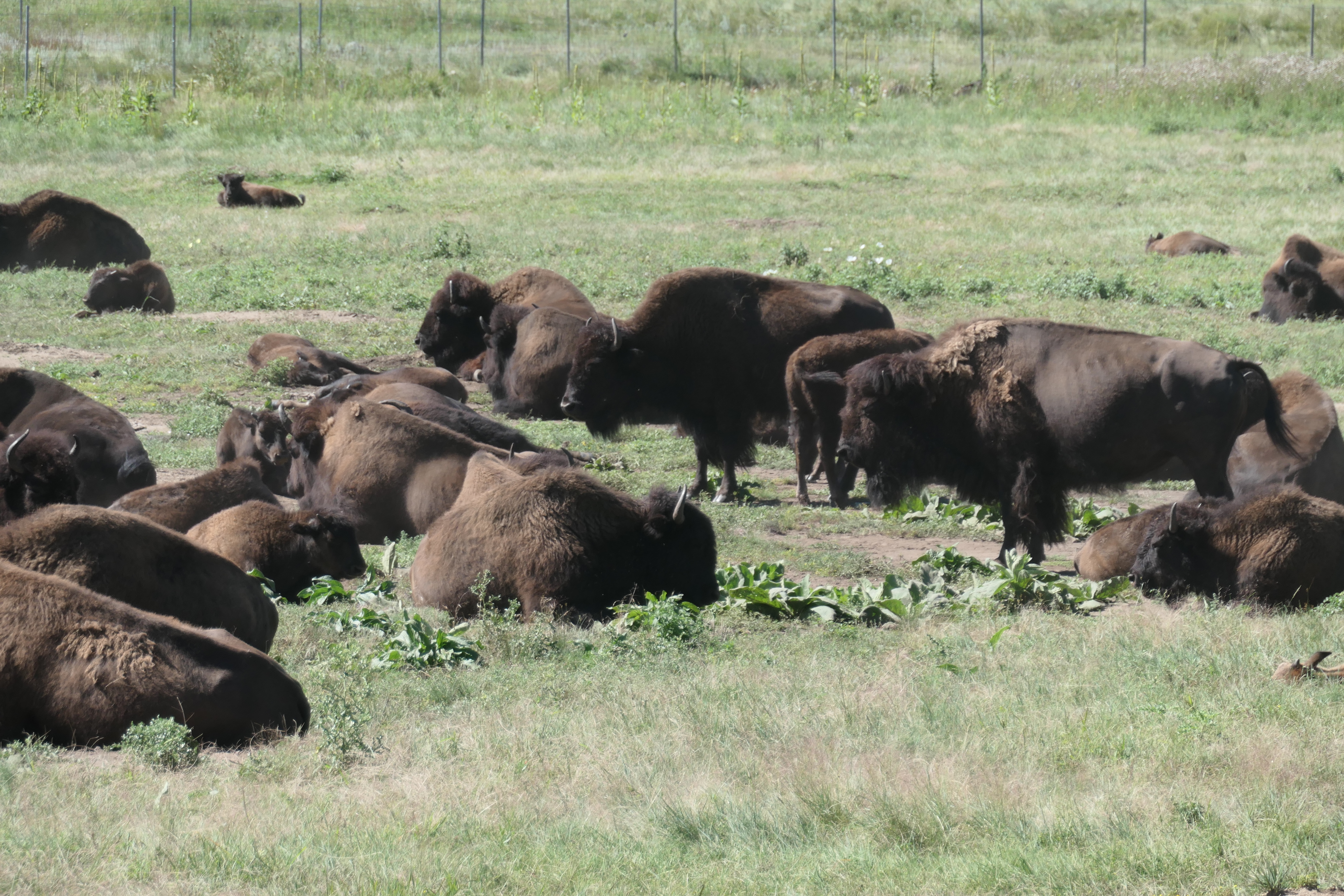 We also saw chipmunks, gophers, bluebirds, and white tail deer. The chipmunks and gophers were too fast to photograph. The bluebirds out here are different from our eastern bluebird. We did not think anyone needs a picture of a deer. Lots of us can just go look out our windows if we feel the need to see a deer.

So we are out the door for another great day in beautiful South Dakota. There is much to see and do here!