The Capitol of the Mount Rushmore State 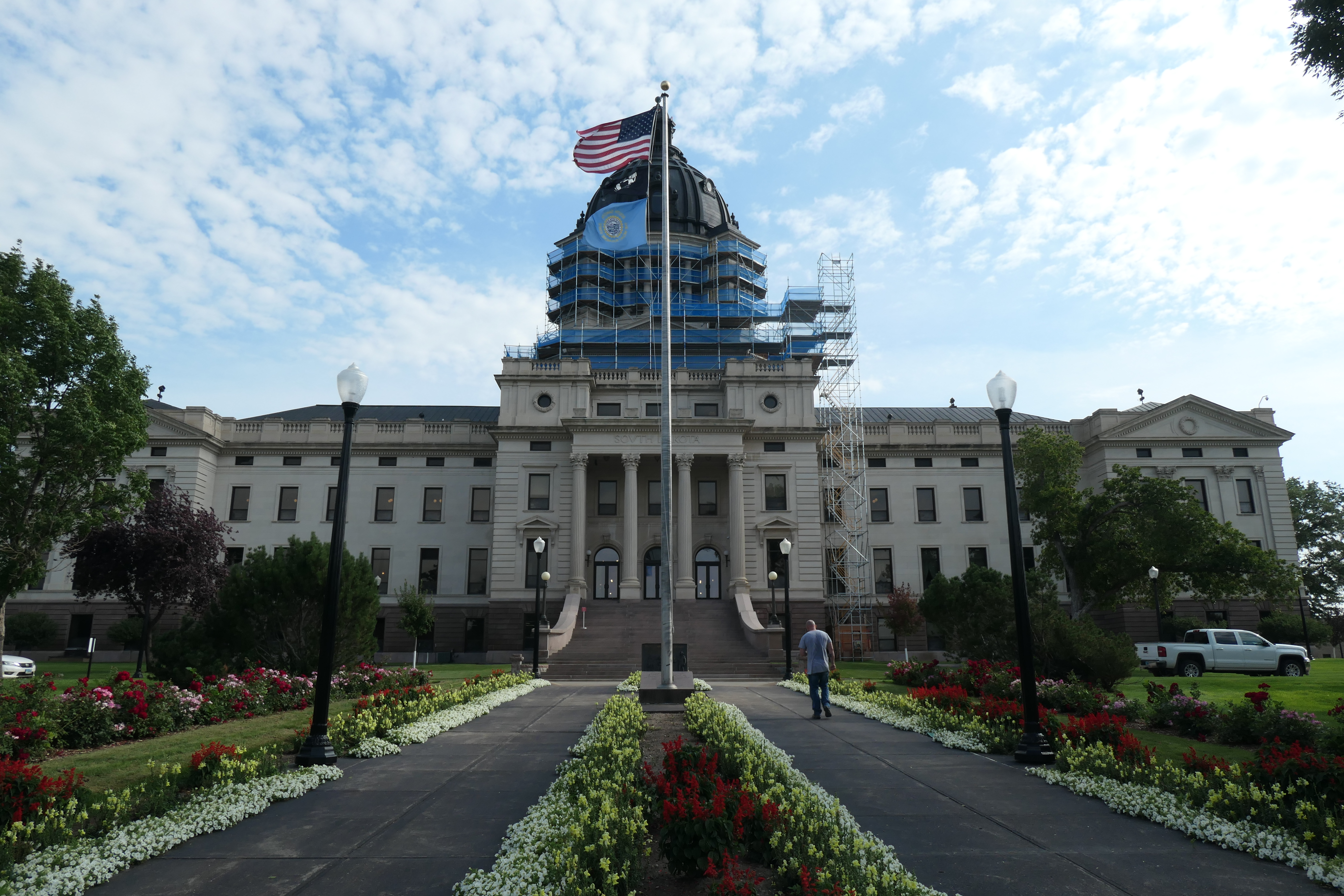 We got an early start yesterday morning because it’s a long drive from the Badlands to Sioux Falls, probably close to 340 miles. It was a beautiful drive with so many fields of sunflowers and wide open prairie. I kept wondering what would be like to call this part of the country home. It’s just so different from our home, which is why we love being here.

We stopped briefly in Pierre to check out the South Dakota state house. There were three attempts to move the state capital from Pierre. The completion of the building in 1910 is probably put an end to the squabbling. Pierre is a small capital city with a population around 13,000.

We had the run of the house. The building was quiet yesterday, but is probably buzzing when both houses of the legislature are in session, the governor is in her office, and the Supreme Court is in its chambers.

It’s a pretty building and, like all state houses, tells the story of the state and the people who call it home. There is lots of marble and stained glass and references to Greek mythology, something that seems a bit out of place in the land of cowboys and Indians. 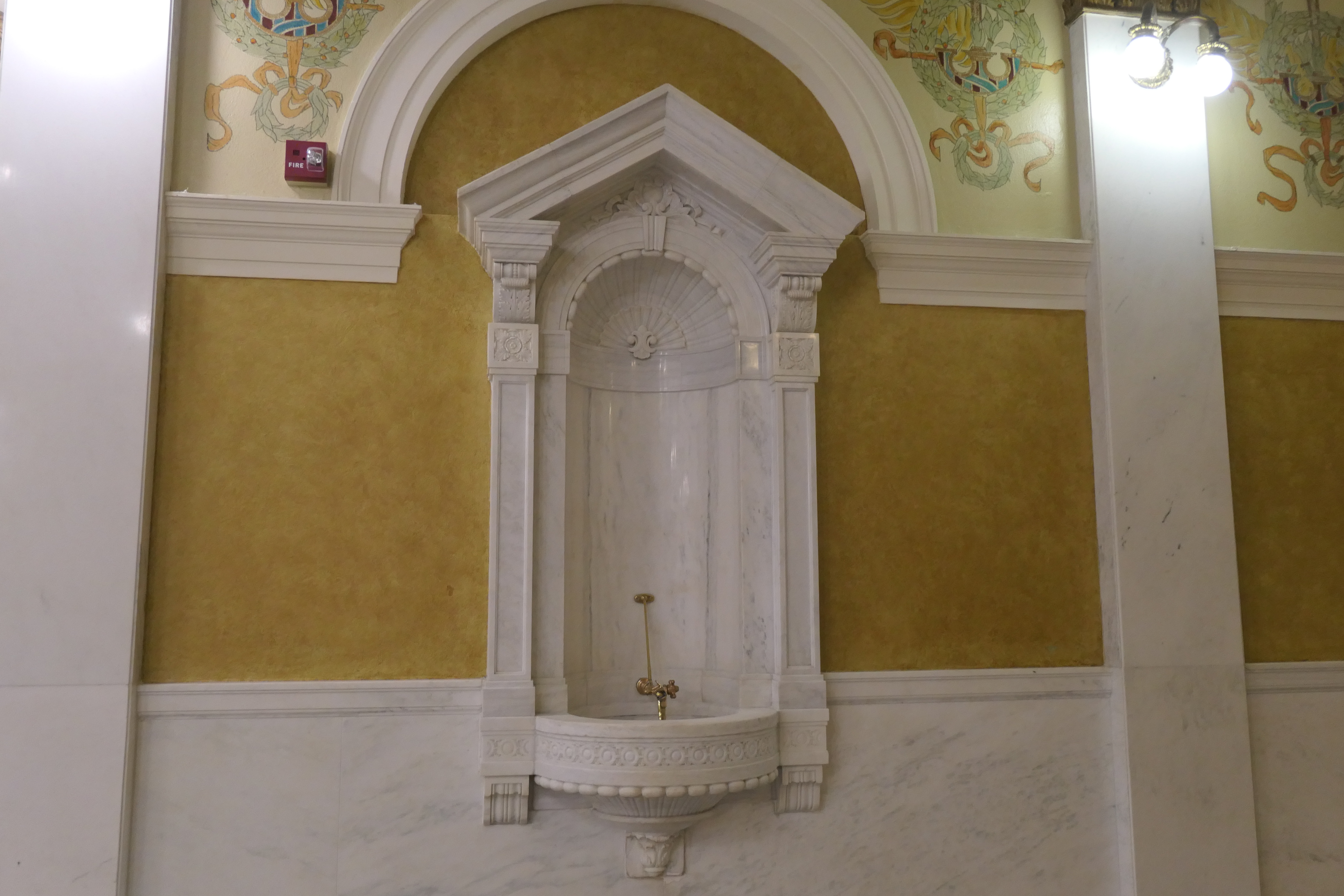 They like pretty water fountains in South Dakota. Check out this one and the one below. 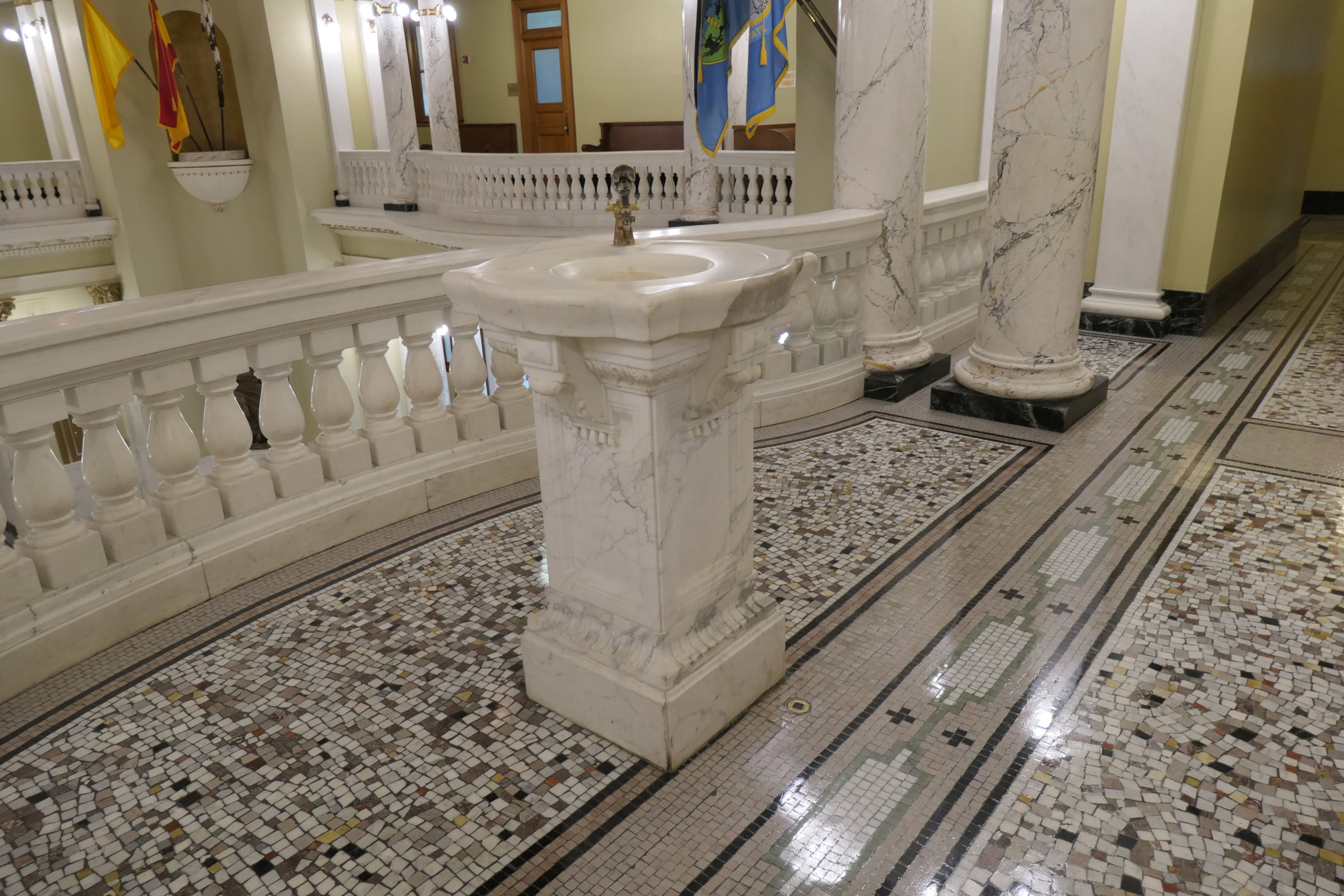 To be perfectly honest, I would probably not be writing about the state house of South Dakota if it weren’t for this wonderful little background story. Montana and South Dakota were both admitted into the USA in 1889. While South Dakota was tussling over where to put down roots for the capital city, Montana was forging ahead with construction of its state house in Helena. After the South Dakota dust up was finally settled and the fine folks in Pierre were ready to break ground on a state house, a fellow named Samuel Elrod was the governor. Some say he was a notorious cheapskate and some say he was just a down to earth, practical South Dakotan. At any rate, Governor Elrod decided to save the new state a ton of money and bought Montana’s state house blueprints for $20, had a few alterations made by a firm in Chicago, and proceeded to build a state house that is considered to be a twin of the Montana state house. What a deal!

I don’t know what his political party affiliation was, but I think we can all agree that we need more politicians like the good governor. 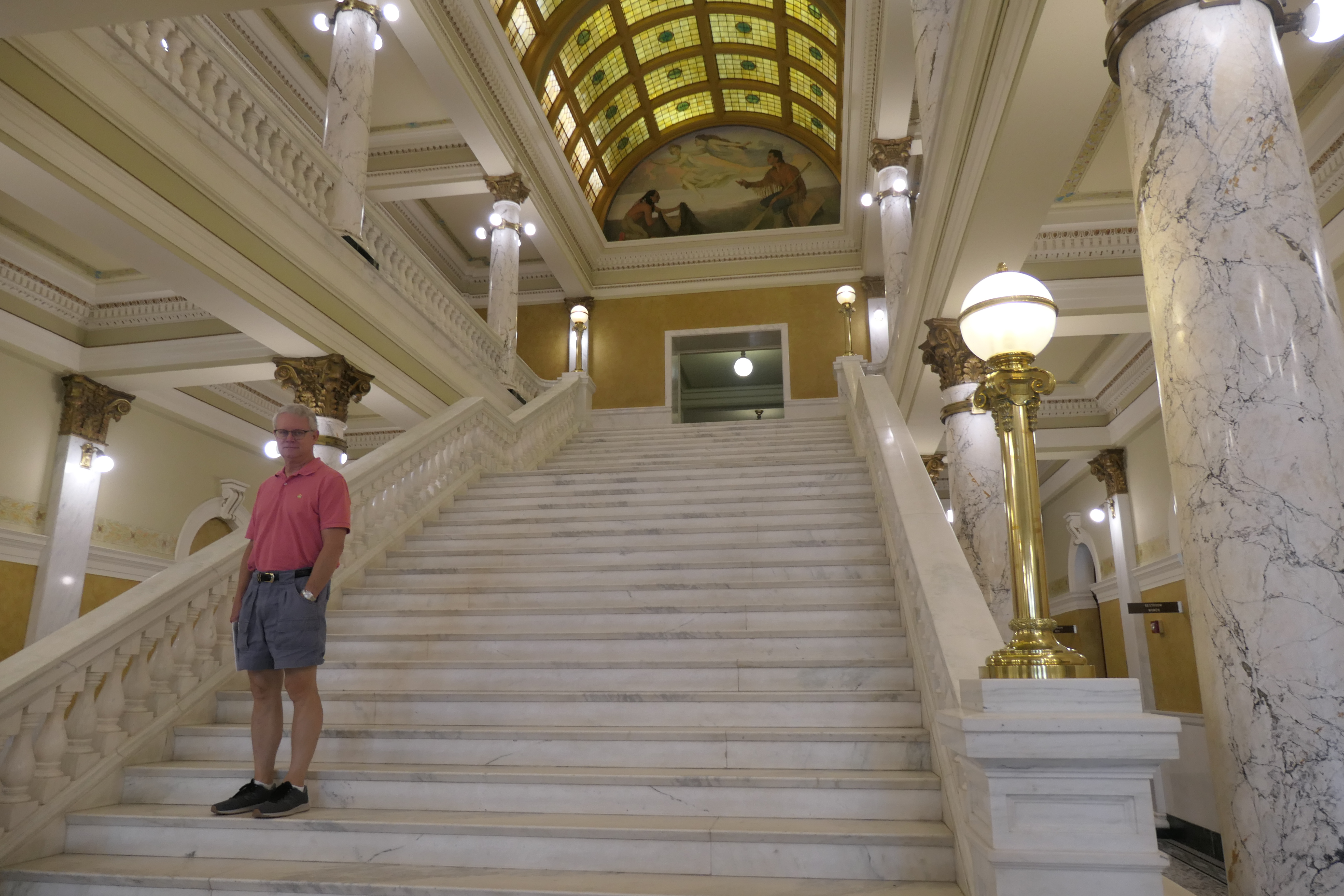 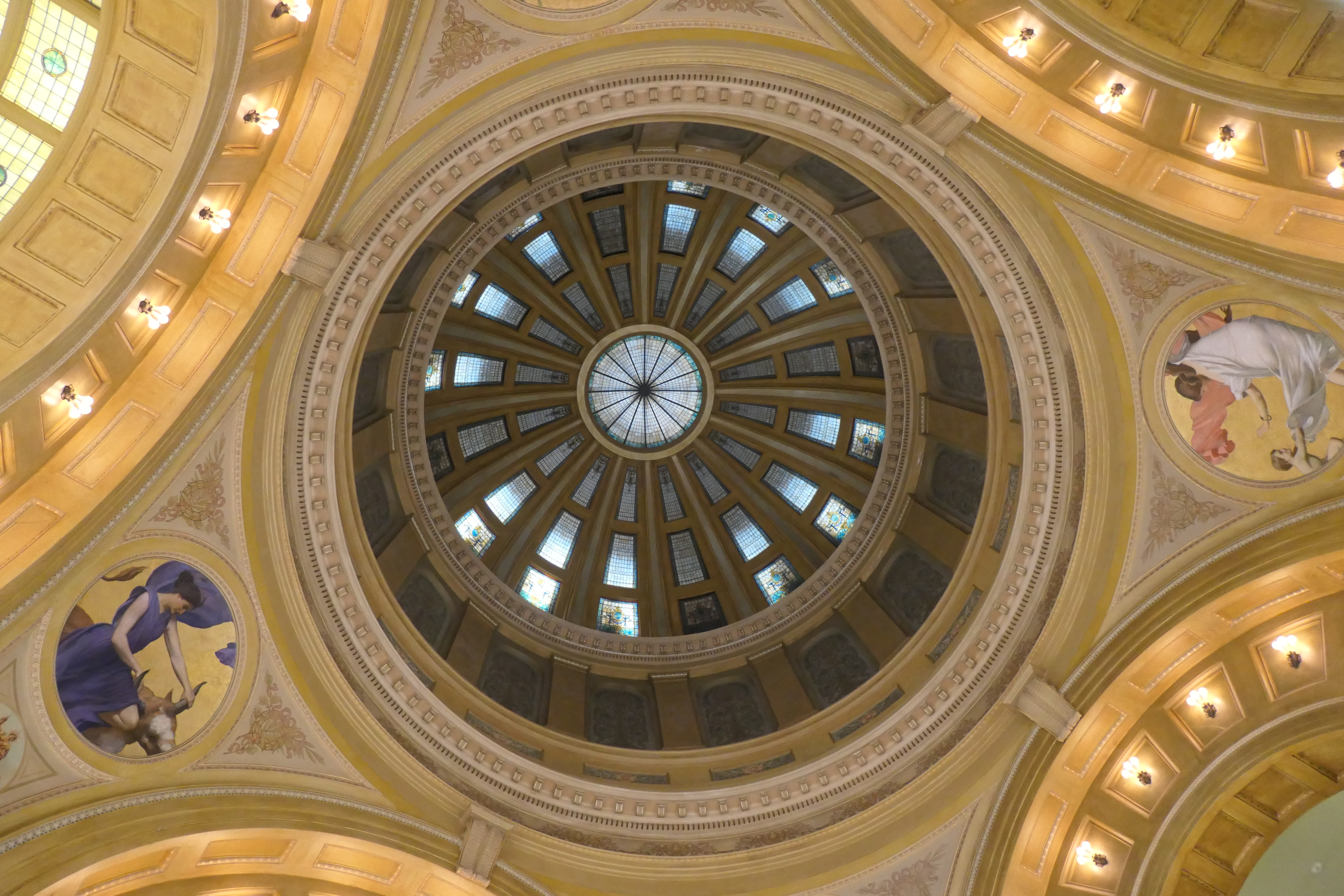