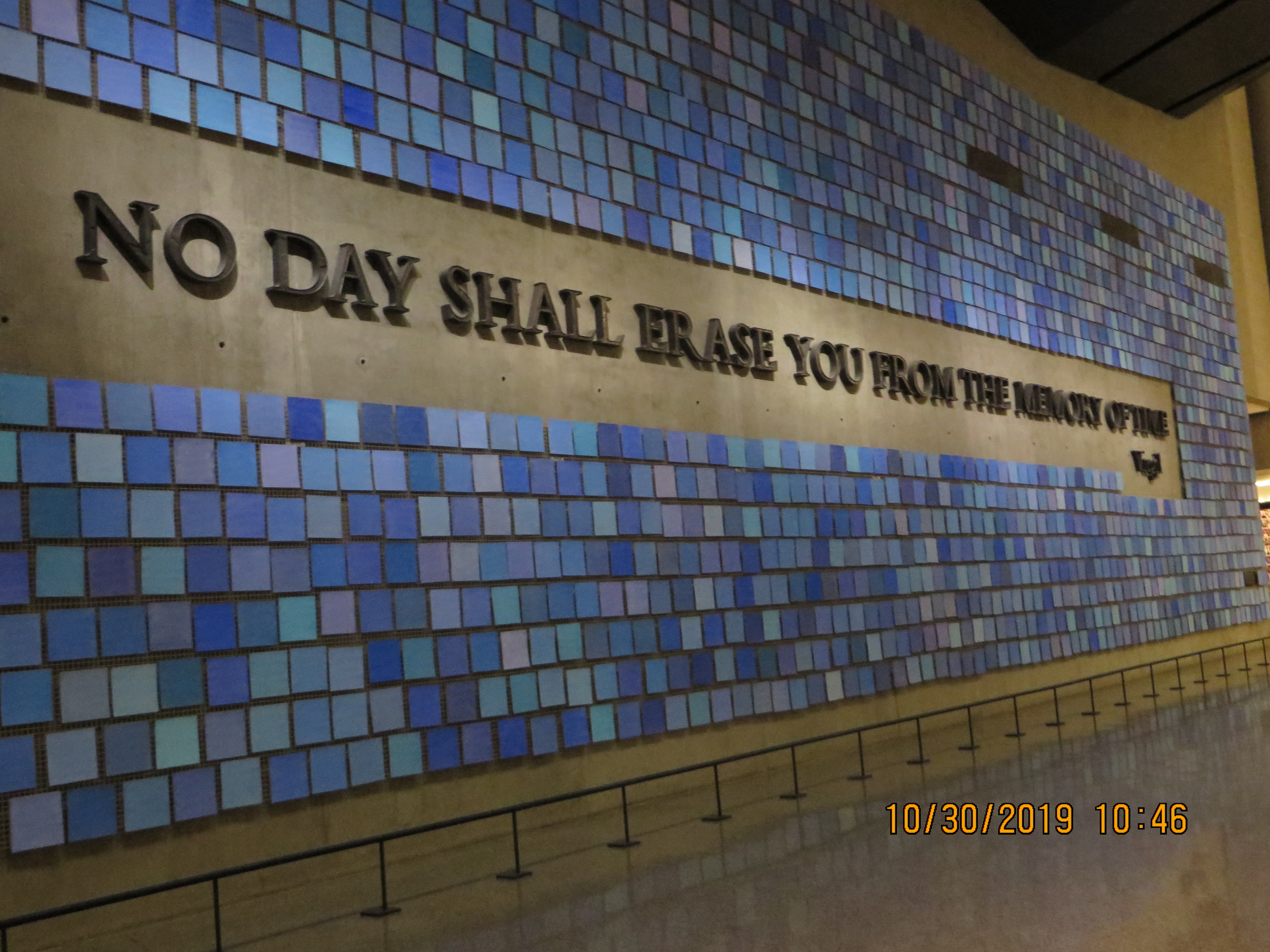 Lawrence Veling would have been 63 years old today. He was a firefighter in New York City. He also worked a moonlighting job as a custodian at an area high school. He was married, the father of three little ones, and had a unique talent for drawing cartoon characters for his children. Sometimes he drew them outside for the children and their friends with sidewalk chalk. Larry, as he was known to his family and friends, died on September 11, 2001. A white rose, a remembrance that today was his birthday, adorned his name along one of the the parapets surrounding the reflecting pools at the 9/11 Memorial, named “Reflecting Absence” by the designing architect, in Lower Manhattan. We did not know Larry, nor do we know his family. We saw his name with the white rose outside and we were compelled to search for his picture and brief biography in the 9/11 Museum section called In Memoriam. We wanted to put a face and a story with the name etched in the bronze parapet outside. 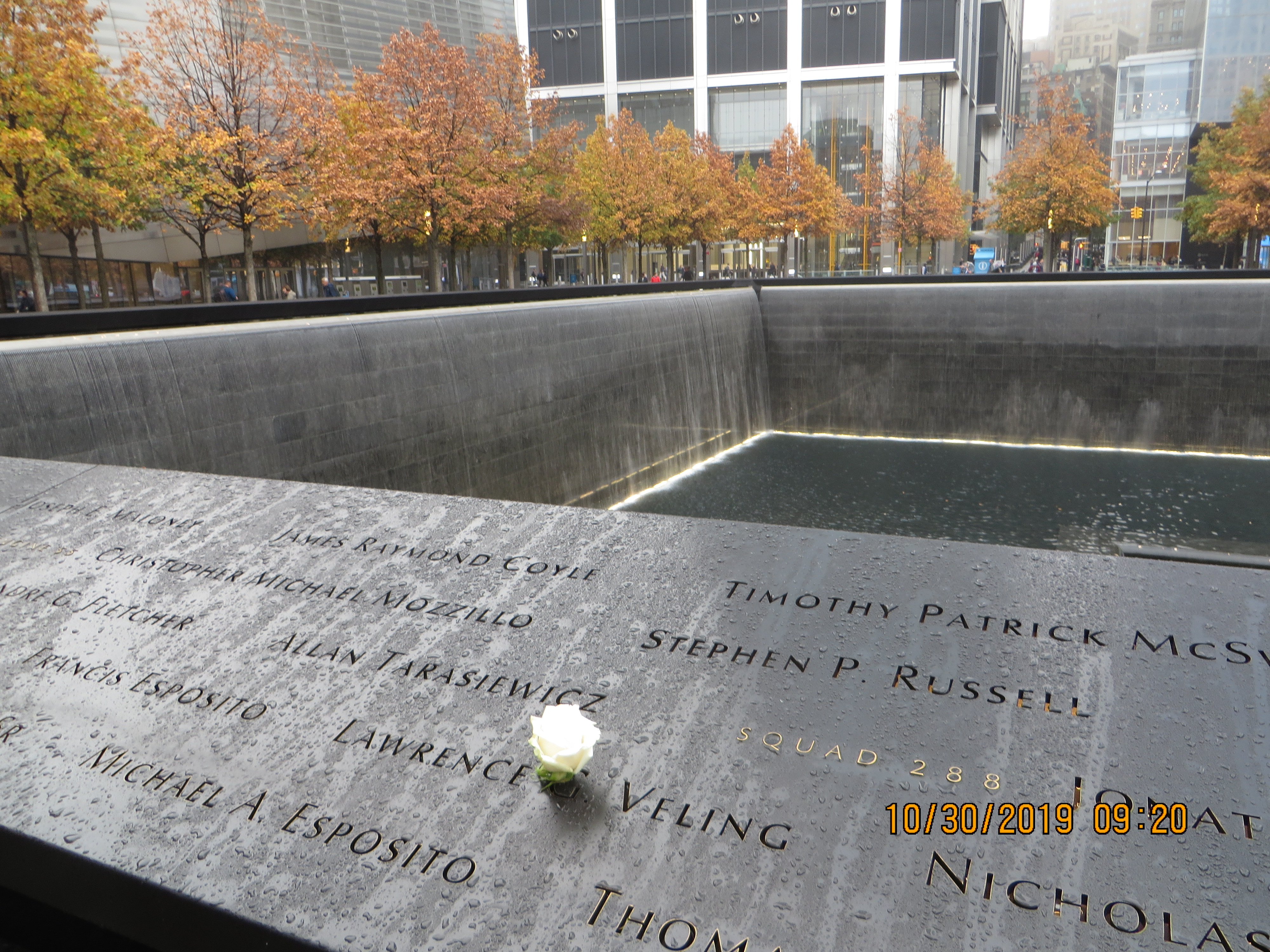 We’ve climbed to the top of the obelisk at Bunker Hill in Boston and listened to stories of the Battle of Cowpens at the South Carolina State House. We’ve walked the battlefields of Gettysburg and Antietam. We’ve learned about the horror of the Battle of the Somme and other WWI battles through the monuments all over London. We’ve stood silently watching the oil rise from what remains below the water at the USS Arizona Memorial in Hawaii. We’ve trudged through Dachau. We’ve placed flowers on graves at the US National Cemetery in Normandy and walked along those cliffs and beaches. The long arc of history is littered with the detritus of conflict and humanity bears the scars to prove it.

But today was different. It was different because we remember well September 11, 2001. No one need tell us about that day. But we did need to see the museum and memorial. Moreover, Logan needed to see this place. He was born six months after September 11 into a world that was not the same as it was on September 10. He came into this world after terrorists ended the lives of over three thousand of our fellow Americans and people from over ninety other countries. And the death toll continues to rise. It is estimated that within the next five years, the death toll from the after effects of the search, rescue, recovery, and clean-up will surpass the number of people who died that horrible day.

Some months after 9/11, we drove to that field in Shanksville, Pennsylvania. We were in Pennsylvania to see Fallingwater and a few other Frank Lloyd Wright homes and we found ourselves drawn to make the drive to Shanksville. We were not the only ones who felt the need to see the place where United Airlines Flight 93 went down in flames; there were perhaps four or five dozen people there at the makeshift visitor center. We all milled around almost in a state of shock on that dreary afternoon, solemnly looked out across the field at the black hole left by a crashing jet, signed some sort of guest book, and shuffled wordlessly back to the car wiping away tears and trying not to sob out loud.

I spent much of our time today at the 9/11 Memorial and Museum feeling exactly the way I felt on September 11, 2001 and on that day in Shanksville. Even now, eighteen years later, I honestly don’t know how to make sense of that day any more than I did then. There is just no “making sense” of it. But, without a doubt, the experience today reminded me of all the acts of incredible braveness and kindness that happened that day and in the days that followed. It was a like a salve on a wound. It was so sad to re-live that awful day, but at the same time, it was a wonderful opportunity to see the triumph of a world full of good hearted people over the depravity of a relatively small number of really sick individuals. 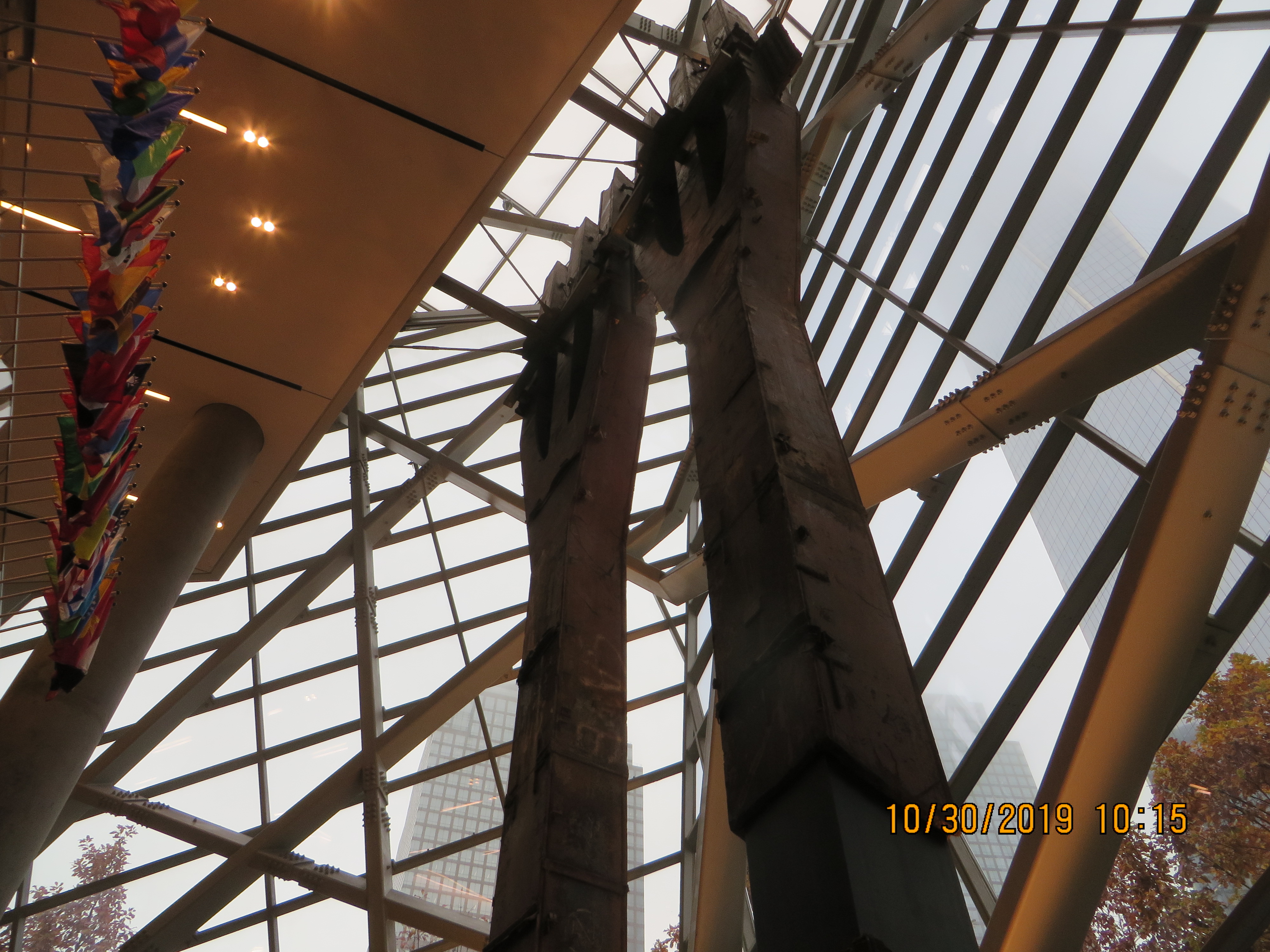 Steel beams from the wreckage of the Twin Towers. 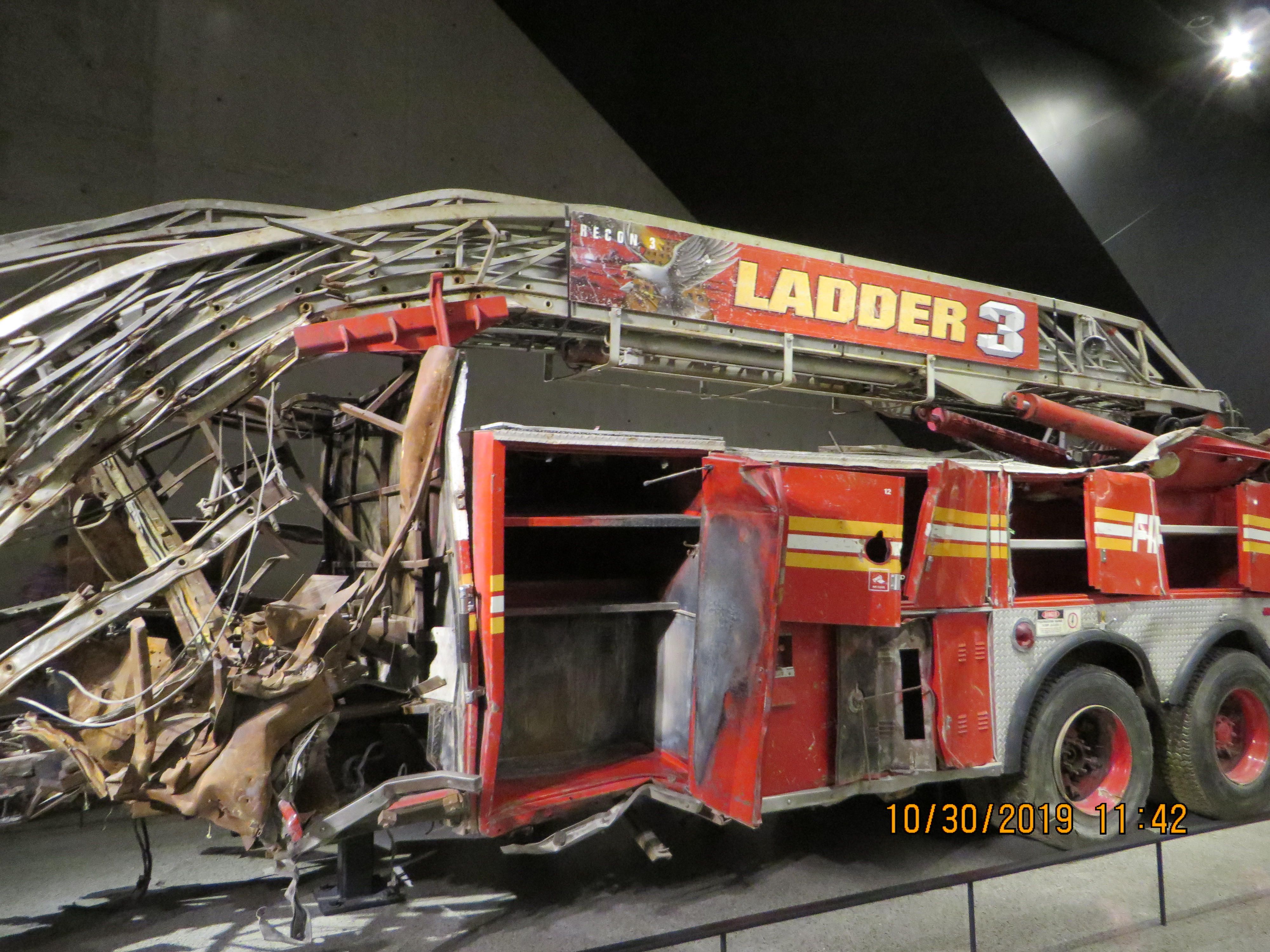 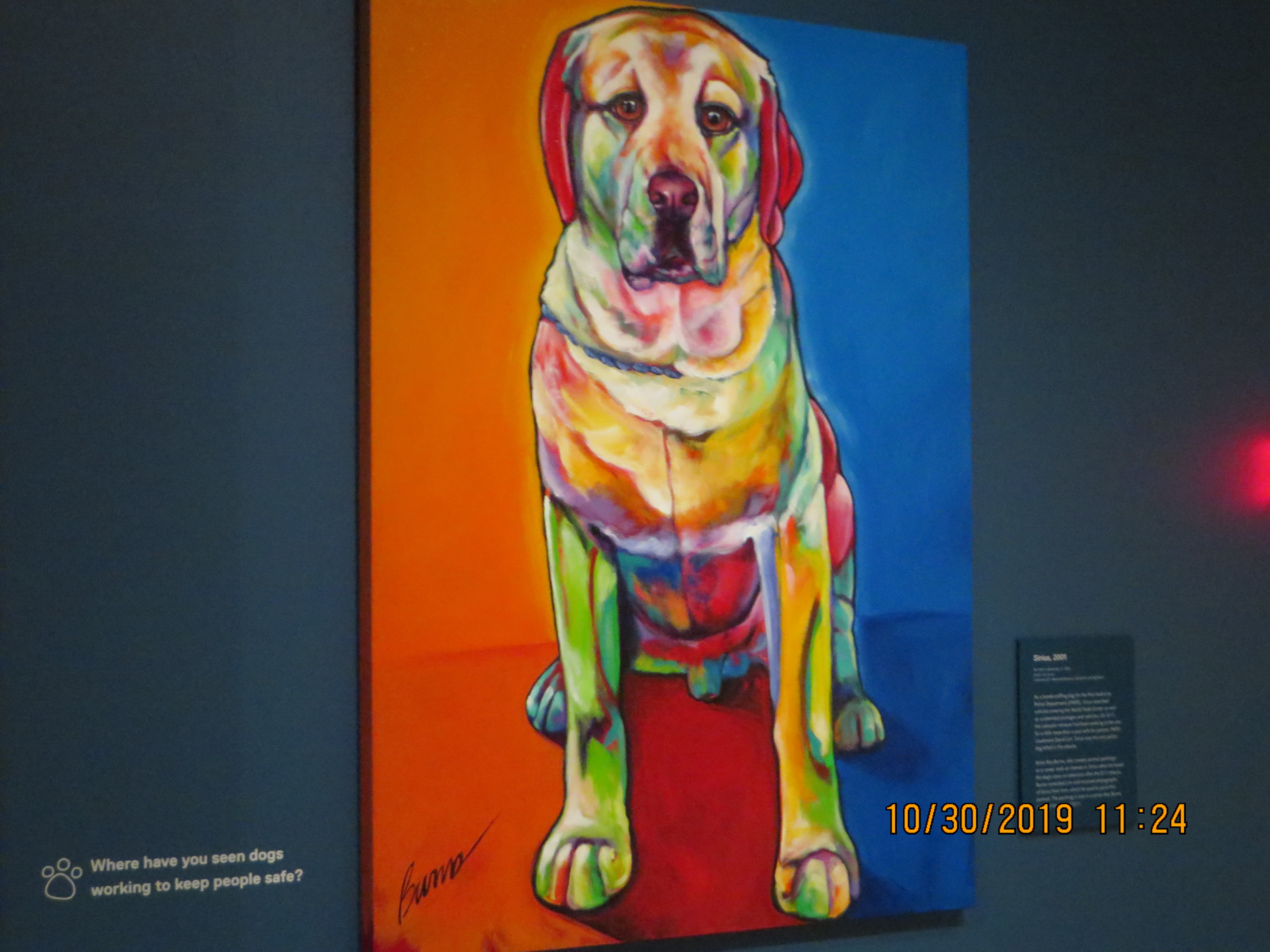 Sirius was the only service animal to perish on 9/11, although many more died in the following days and months. 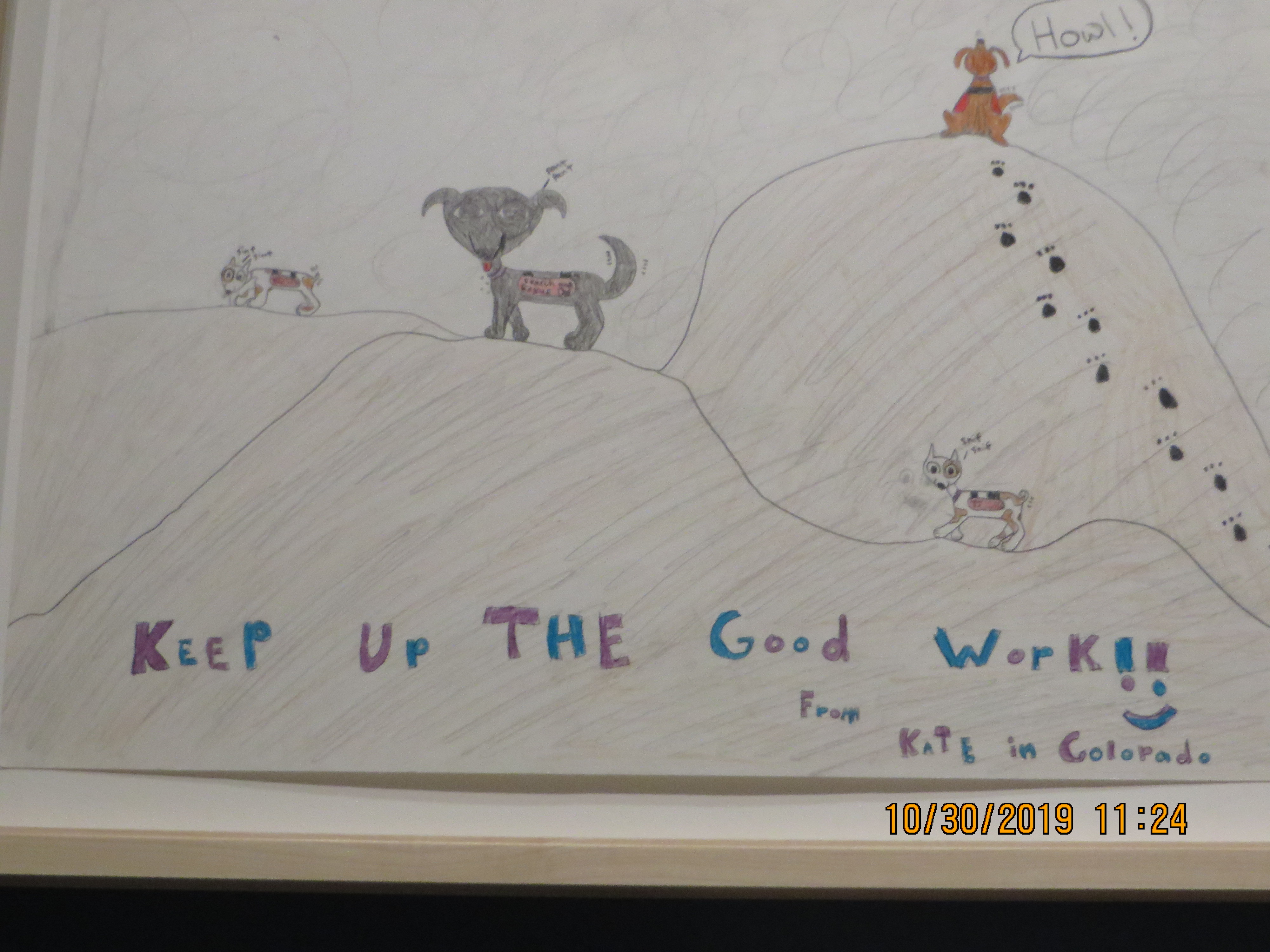 Kate from Colorado wanted to thank the dogs who assisted on “the pile.”