“Of all the gin joints in all the towns in the world, she walks into mine.” —- Rick Blaine, Casablanca 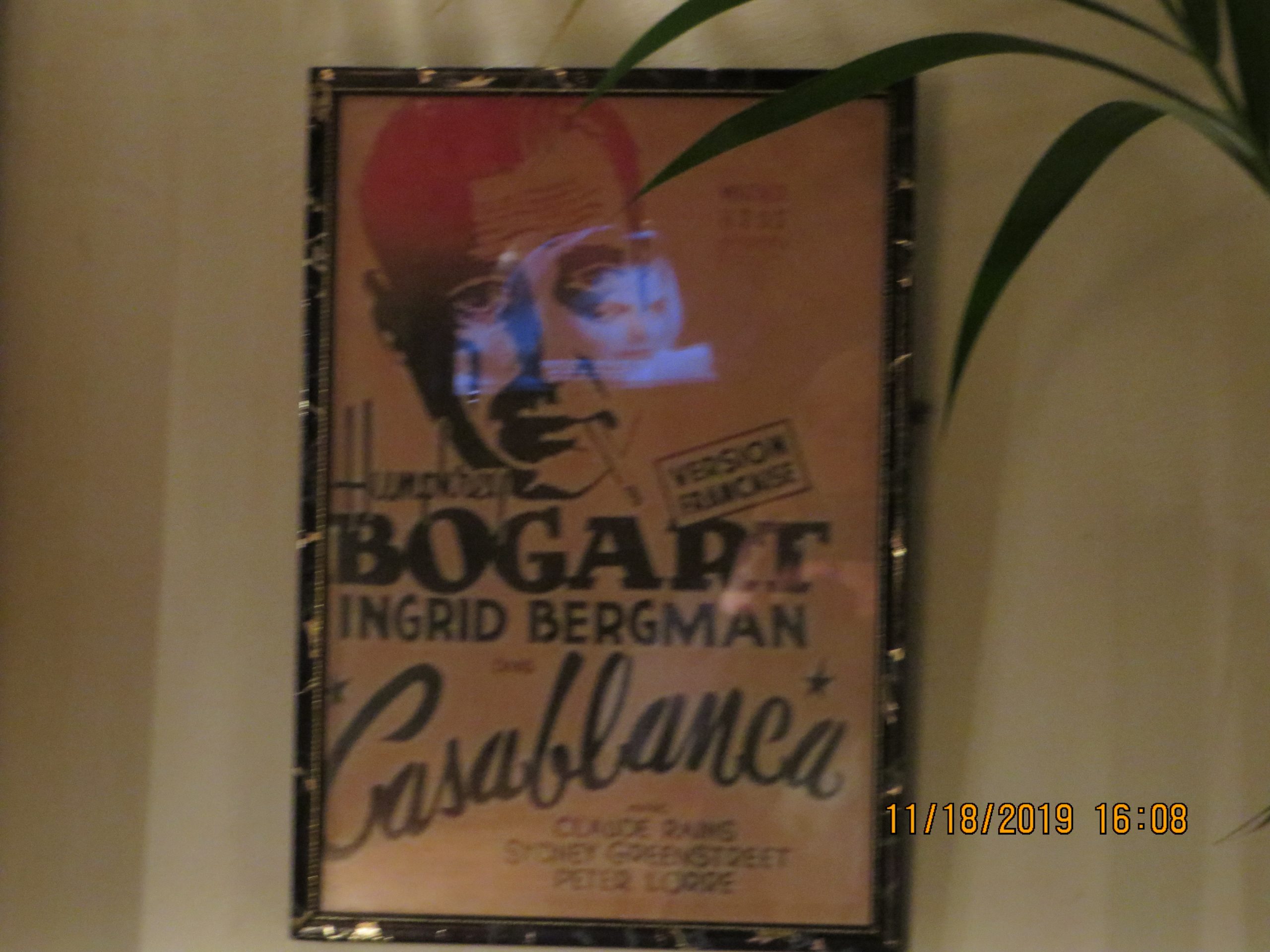 Quick first impressions on Morocco in general and specifically of Casablanca: It’s not nearly as chaotic driving around as it is in so many other cities with a large population; six million people call Casablanca home. (But yesterday was a holiday; things may be different on a regular Monday.) They are mad about about football, AKA soccer. It’s on every TV. They don’t celebrate their independence day nearly as exuberantly as we do. The frogs officially did the old “French leave” from Morocco in 1956, although the king declared the country free from the French occupation on 18 November 1955, so yesterday marked their sixty-third year of freedom. Which reminds me, I really did not expect the French language to still be so predominant. About ninety-eight percent of the billboards and other signage around Casablanca is in French. One more thing: They know how to do over-the-top hotels and restaurants here. For this, we were most grateful last night.

Dinner last evening at Rick’s Cafe was a delight. Go ahead — call me a tourist! Bring it on. Won’t hurt me one bit. I would rather be here being a tourist than sitting at home feeling smug that I’m not the sort of chump that does “touristy” things. Our first evening in Casablanca was unforgettable and I don’t care who disapproves. So, if you have a phobia about looking like a tourist, proceed with caution here. To be honest, we probably would have eschewed dining there had the gin joint not been so highly recommended.

Entering the restaurant was like stepping into Rick’s Cafe Americain in that classic Humphrey Bogart/Ingrid Bergman film. It seems that former diplomat Kathy Kriger conceived the idea of replicating the bar that was the setting for the beloved 1942 film. Rick’s Cafe opened in 2004 and it is beautiful. It is set in an old mansion, or riad, featuring lots of arches and carved inlaid wooden screens. We sat next to the balustrade overlooking the courtyard filled with traditional lighting and tile work that is a hallmark of Moroccan architecture. The music was soft and lush and straight out of the movie. The food was delicious and we shared a bottle of Moroccan red wine. It was a mighty fine evening. I won’t end this post with an overused phrase from the movie like, “Play it again, Sam.” Instead, I’ll just invite you to enjoy the photographs. 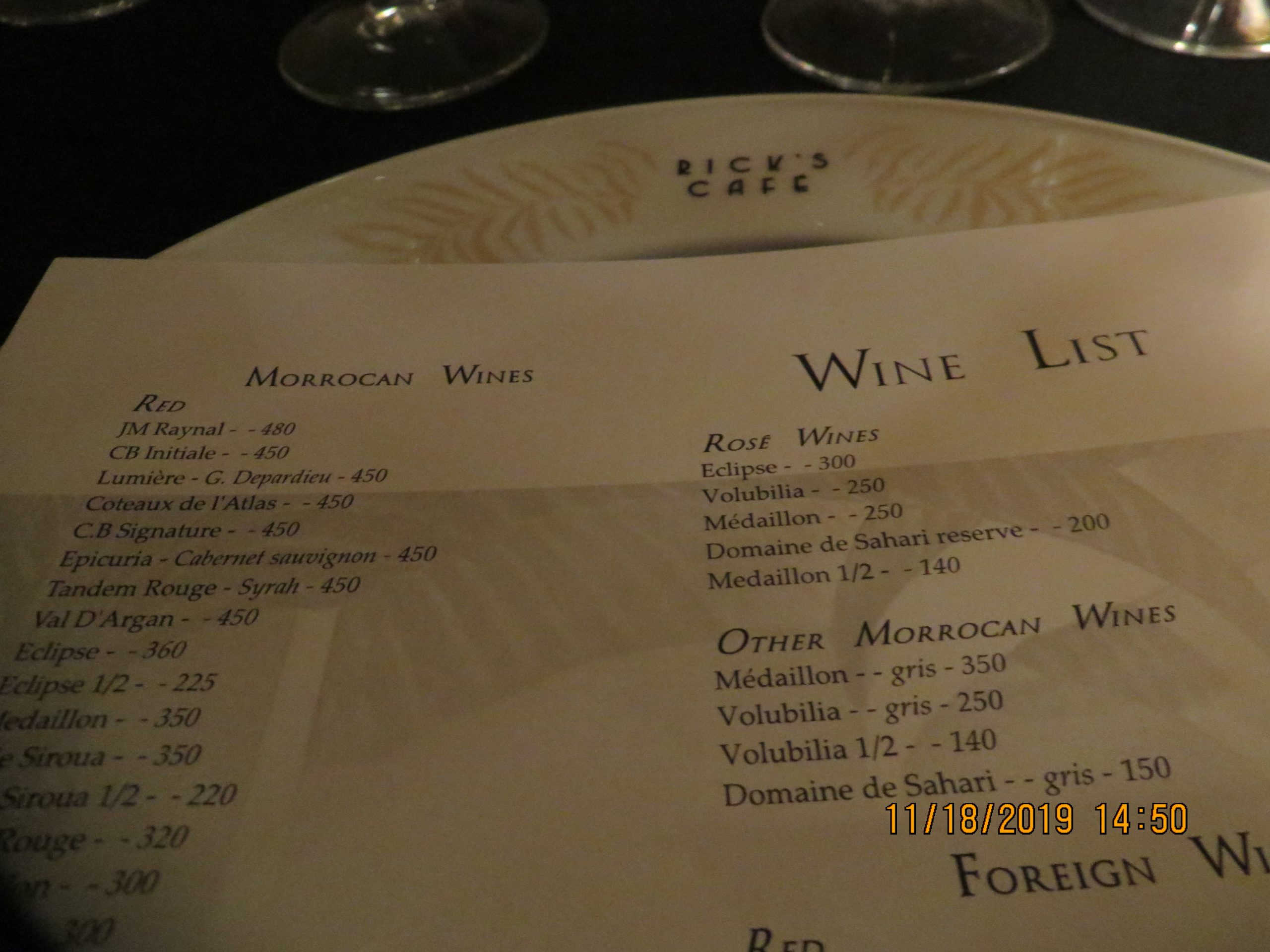 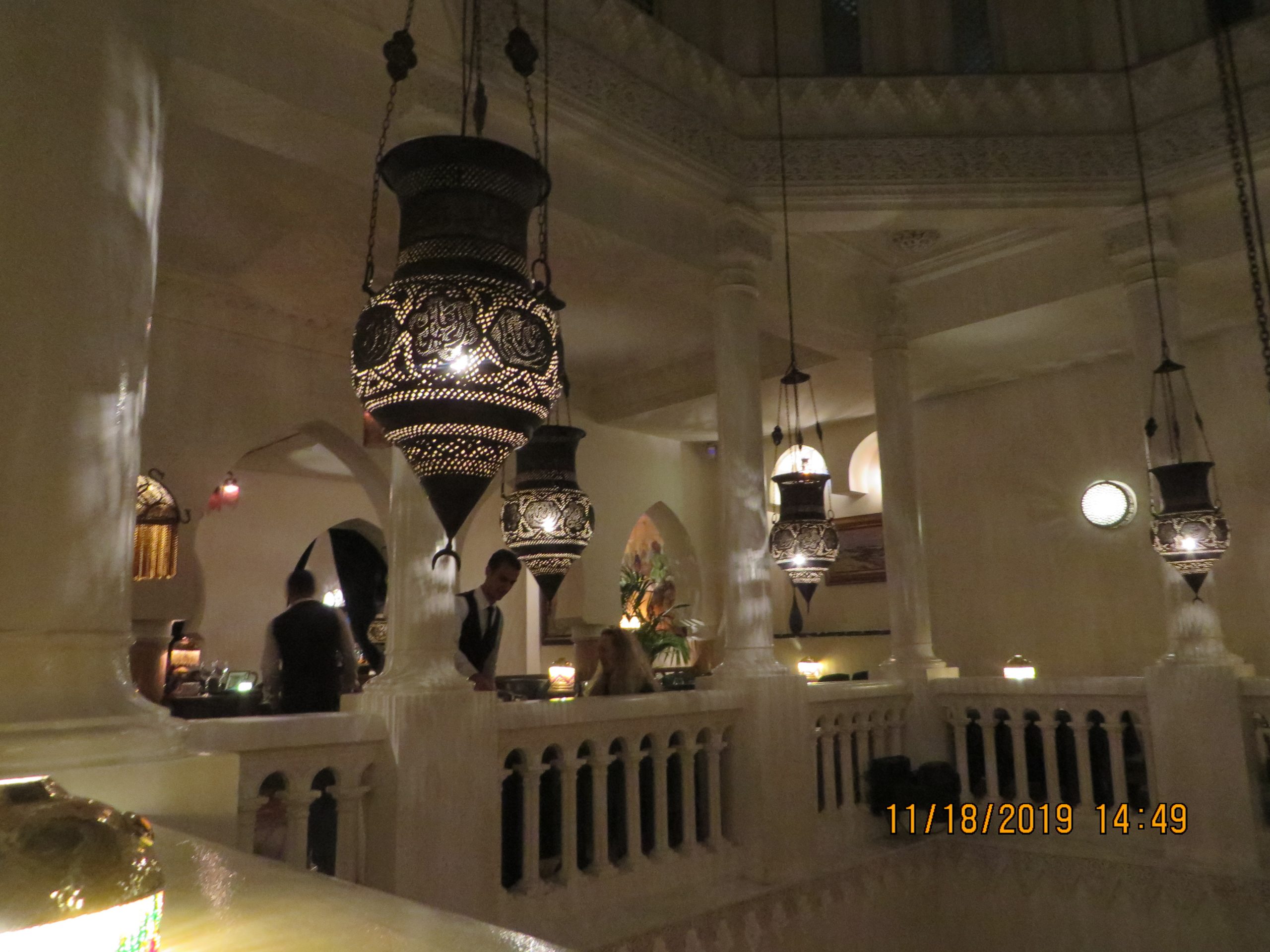 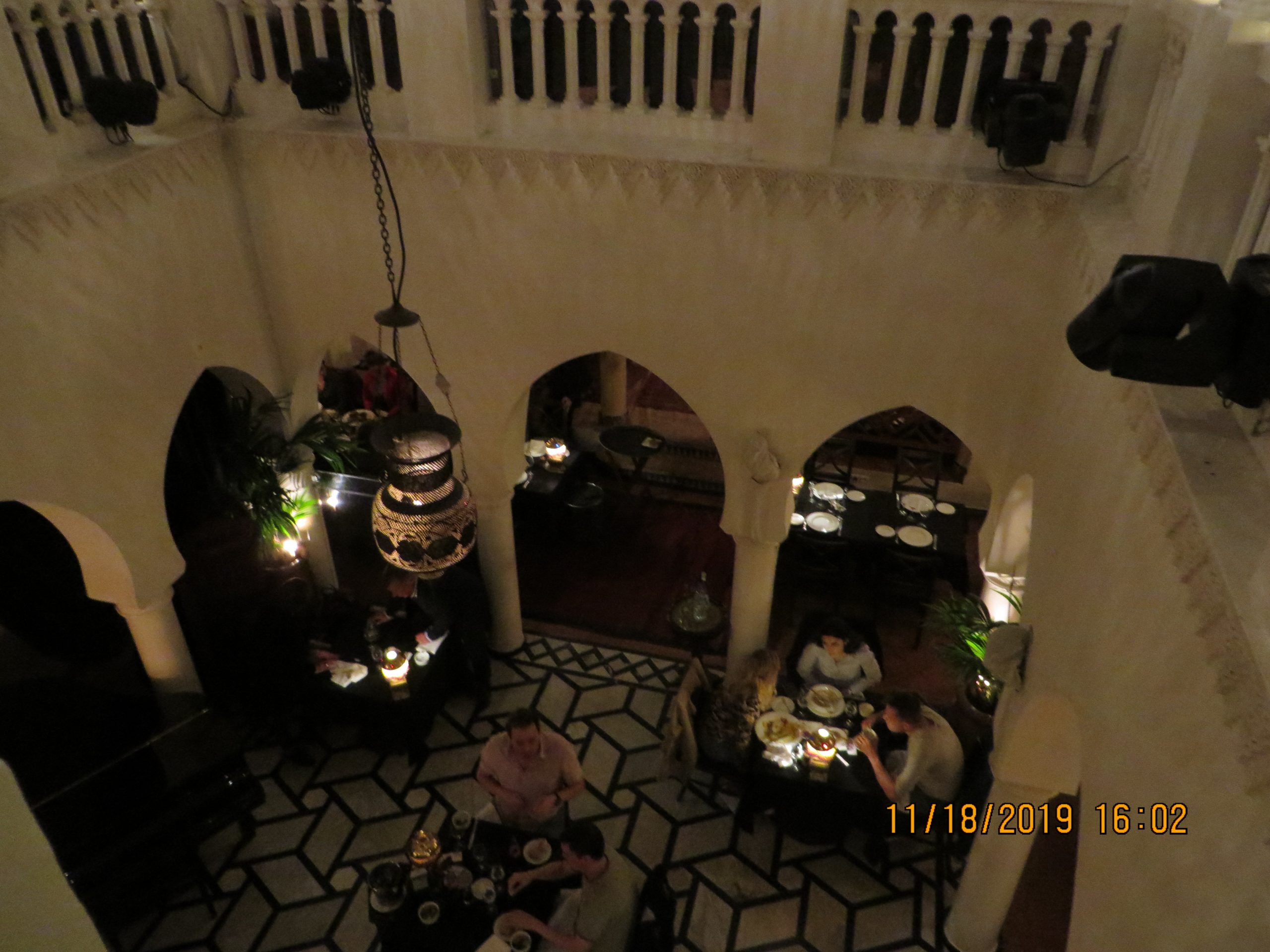 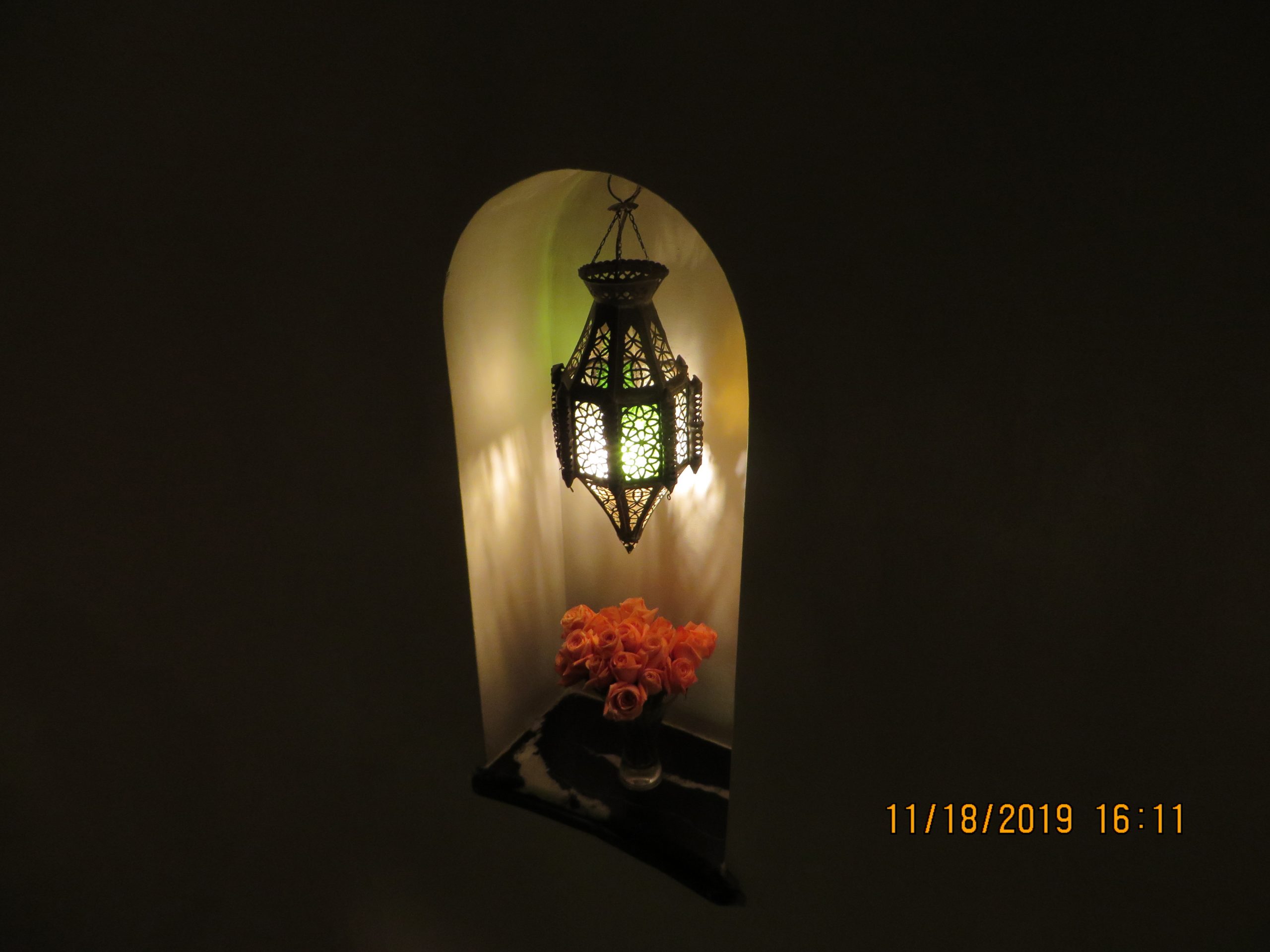 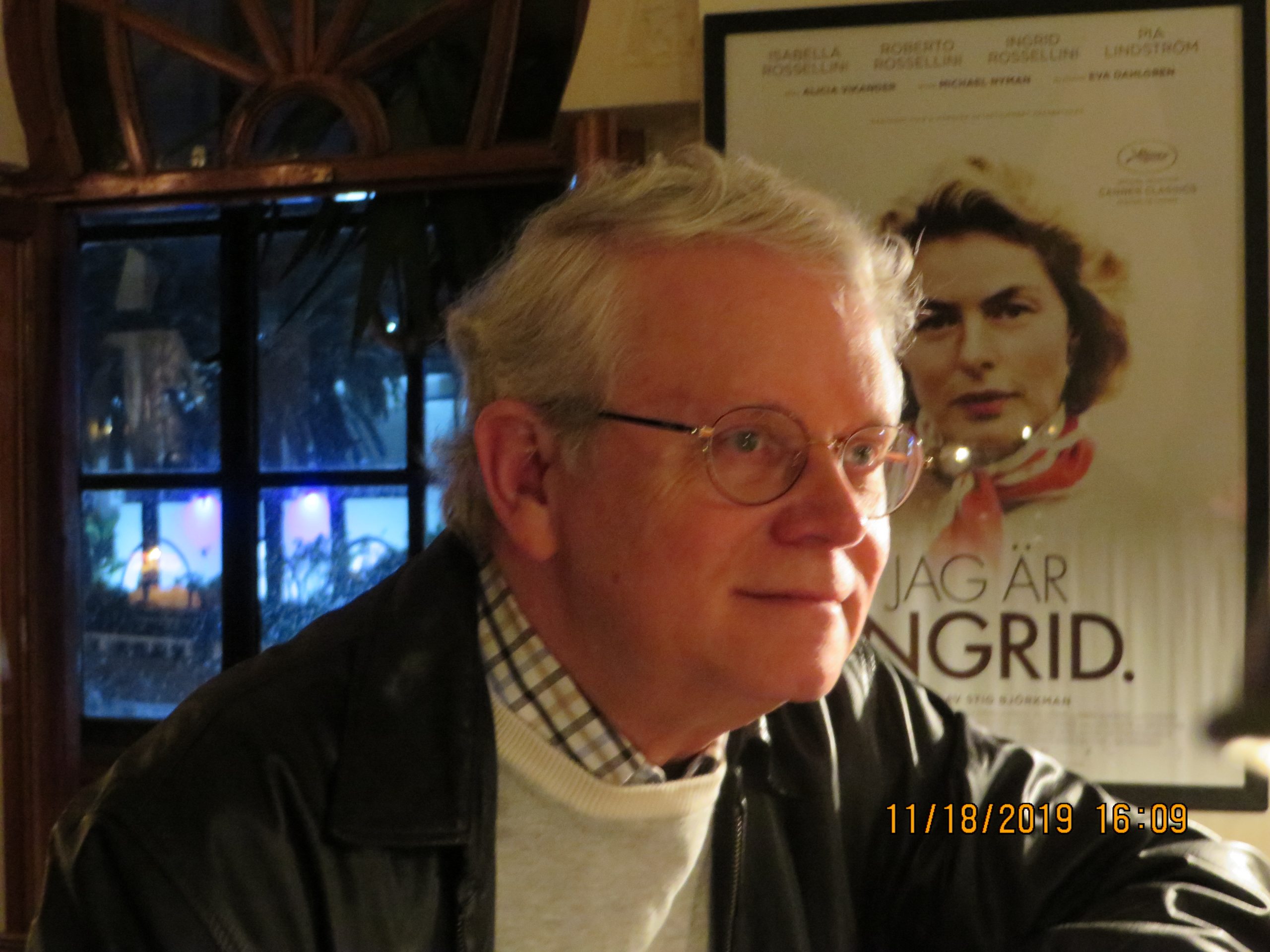 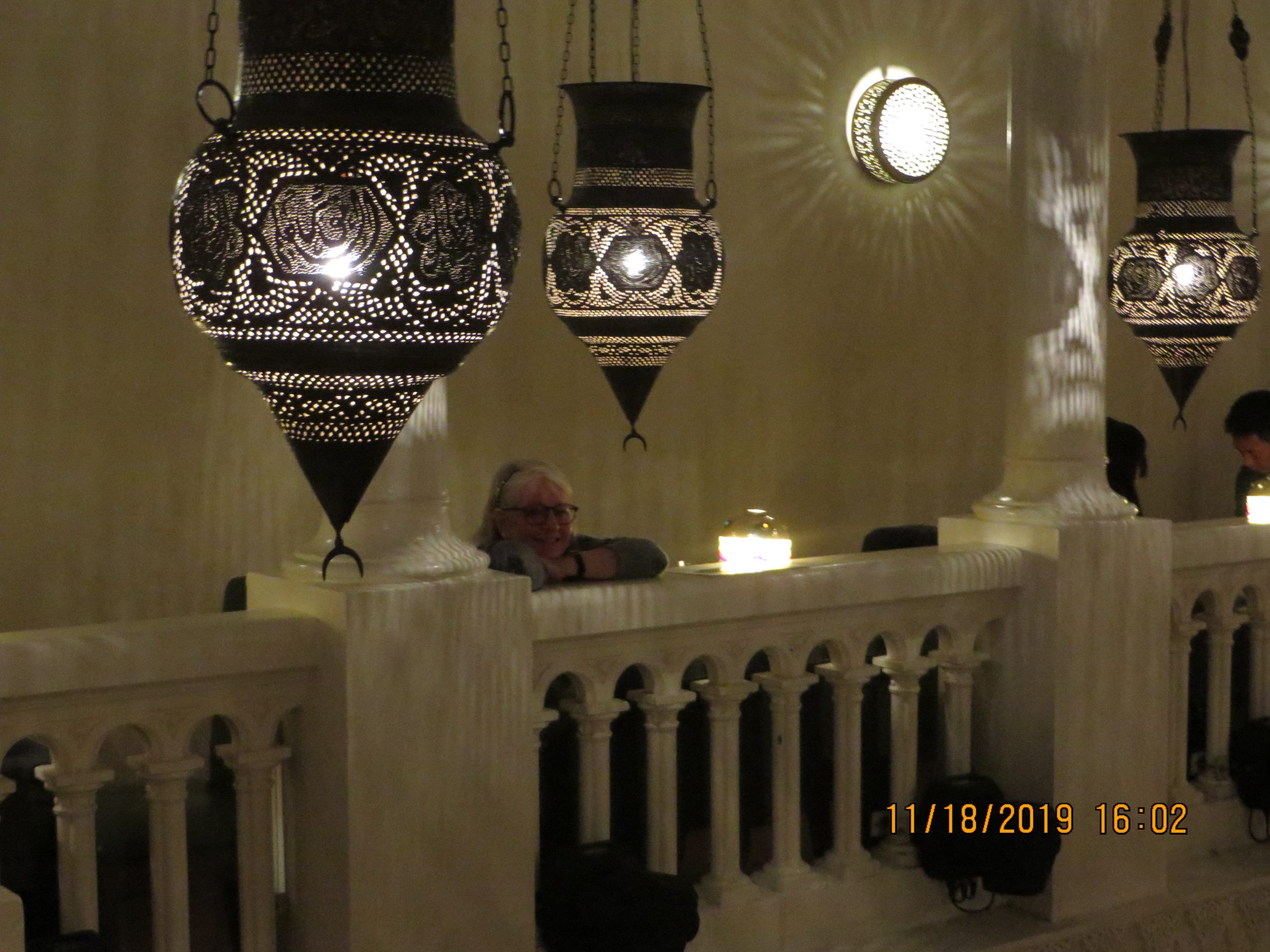