The East African Slave Trade and the Kafala System

“The strangest disease I have seen in this country seems really to be broken-heartedness, and it attacks free men who have been captured and made slaves . . .”  — Dr. David Livingstone, nineteenth century Scottish physician, missionary, and explorer in Africa

Our ship left the port in Al Mananah, Bahrain Wednesday evening and we awoke in Doha, Qatar Thursday morning. Bahrain is a country of about forty islands in the Person Gulf. Qatar is a peninsula sticking out into the Persian Gulf from Saudi Arabia. These two countries are actually very dissimilar although I think we sometimes tend to paint all of these Persian Gulf countries with the same broad brush. Money, and lots of it, is the common denominator over here. Oil and natural gas are indeed black gold. Both countries have impressive skylines filled with buildings with gleaming spires rising above the desert sands, but Doha wins the world-wide grand prize. The barren landscape of Bahrain is streaked with oil and gas pipelines and the scene is punctuated with the rhythm of the pumps extracting the oil day and night. When we were in Qatar, we never saw any evidence of oil or gas extraction and we went all the way up to the north of Qatar where the natural gas motherlode was found back in the late 1930s. From the look of Doha, they have more oil and gas than they know what to do with. Both countries depend on foreign workers to do the hard, heavy physical labor. Bahrain is around fifty-fifty native population compared to foreigners. The ratio in Qatar is astonishing: the percentage of the people living there who are foreign born is north of eighty five percent. In both of these countries, foreigners don’t have the same rights as the natives and, no matter how long they live in those countries, they will never have the rights of natives. So that brings me to what is bothering me today: the East African slave trade of the past and the Kafala system of today.

I am sure we went over all this in high school. I was probably passing notes or flirting with some boy. All I know is that I had no idea of the scope of the East African/Arab slave trade until this week. Talk about a late bloomer! We were drilled over and over about the West African/Atlantic slave trade, but the fact that at least seventeen million East Africans were snatched from their families and homes and brought to the desert of Arabia was quite a shock to me. Also, it is appalling that this practice started some eight hundred years before Britain banned slavery and continued long after the USA emancipated its slaves.

Hate to break it to you, but it gets worse. Here we are in the year 2019, all woke and aware and socially conscious, right? Well, not so much. Ever heard of the Kafala System? Here’s how it works: some poor immigrant from India or Bangladesh or Nepal comes to the Gulf to work and send money home because the options to get ahead there are nonexistent. He or she has no hope or opportunity there, so what’s to lose? Believe it or not, there is much to lose. Under the Kafala System, you basically become property of your employer. They become your “sponsor.” That’s the definition of Kafala: sponsorship. Want to leave? Rent an apartment? Fine, but first you must get permission from your employer. The terms of your contract can be around five years. Hate your job and want to change or leave? Sorry, but you signed a contract and you ain’t going nowhere. You had to surrender your passport your first day of work. So tell me, how is this different from slavery? Particularly egregious are the complaints voiced by women who are employed as domestic help in these countries. Many of these women complain of being abused sexually. And remember, they cannot leave without permission of their abuser. Good luck with that. Let’s just cut to the chase and call this abuse of domestic workers what it is: government sanctioned human trafficking.

Our guide in Qatar, a native of the Philippines, tells us that the Kafala System here is history and they are working to implement a system that is more in line with what the rest of the world does when expatriates are employed in a country other than their own. I did not totally buy his explanation; I don’t want to say he was untruthful, but I wonder if different sectors of industry are coming online with the changes at different rates. And also, I am sure his boss would not like to get wind that he has voiced any criticism, so it’s my guess that he is going to put a happy face on working in Qatar as an expat. To be honest, we were out and about and all over Qatar for about eight hours Thursday but saw very few people that actually looked Qatari— no more than a dozen at max. The country is gearing up for the Qatar National Day Celebration later in December and our guide said that most the workers we saw working along the Corniche appeared to him to be Nepalese. Also, there are so very many expat construction workers with all the build-up for the FIFA 2022 World Cup. We saw busload after busload and it’s hard to believe that a system so entrenched could be so easily flipped.

Turns out that several human rights organizations have these countries and these companies in their crosshairs and that’s to the good. However, as is often the case, the rhetoric in high places doesn’t exactly align with the action on the ground. Bahrain likes to brag about being the first country to pass laws abolishing the Kafala System, claiming to have repealed the system in 2009. But laws are only worth a hoot if there is some mechanism of enforcement. From what I have heard from our guest lecturer onboard and what I have read, foreign workers in Qatar are essentially modern-day slaves, but at least the media has been paying attention to Qatar since it began preparing for the 2022 FIFA World Cup. Human rights groups say that it is hard ignore the near-feudal conditions of the workers here. Qatar has introduced sweeping changes to the system and the last phase is supposed to go into effect January of 2020. I guess we will have to wait and  see if change comes for these workers. James Lynch from Amnesty International said this in 2016, when Qatar passed laws dealing with the Kafala System, “This new law may get rid of the word ‘sponsorship’ but it leaves the same basic system intact. It is good that Qatar has accepted that its laws were fueling abuse, but these inadequate changes will continue to leave workers at the mercy of exploitative bosses.”

Qatar and Bahrain are not the only countries in the area which have had a Kafala System in place. The UAE has moved to abolish the system, but Saudi Arabia is holding firm. Exploitation is common in the Gulf area and it is unbelievable that the UN or some other world organization does not do something to force these countries to stop these practices. I guess these organizations that pretend to care about human rights turn a blind eye when money is waved around. Also, it turns out that Saudi Arabia, Qatar, and Bahrain are all on the Human Rights Council of the United Nations. That information is good for a chuckle or two.

I’ll be charitable and assert that there is a strong possibility that the system, as it was originally devised, was a good idea and the goal was to look after newcomers in a strange new land, but as with anything, the system was easily perverted. Additionally, I don’t know too much about Islam, but I would like to know how Muslims justify or rationalize this abuse. Let’s be clear: these countries find the display of shoulders and knees problematic but overlook inhumane employment practices. Can anyone help me with that? It’s hard to imagine that these countries will ever be rid of slavery. It seems that it is baked into their way of life. Perhaps it will help bring about change to have more and more people traveling to these parts and pointing out that this is an abomination no matter where you live or what religion you practice. Time will tell. 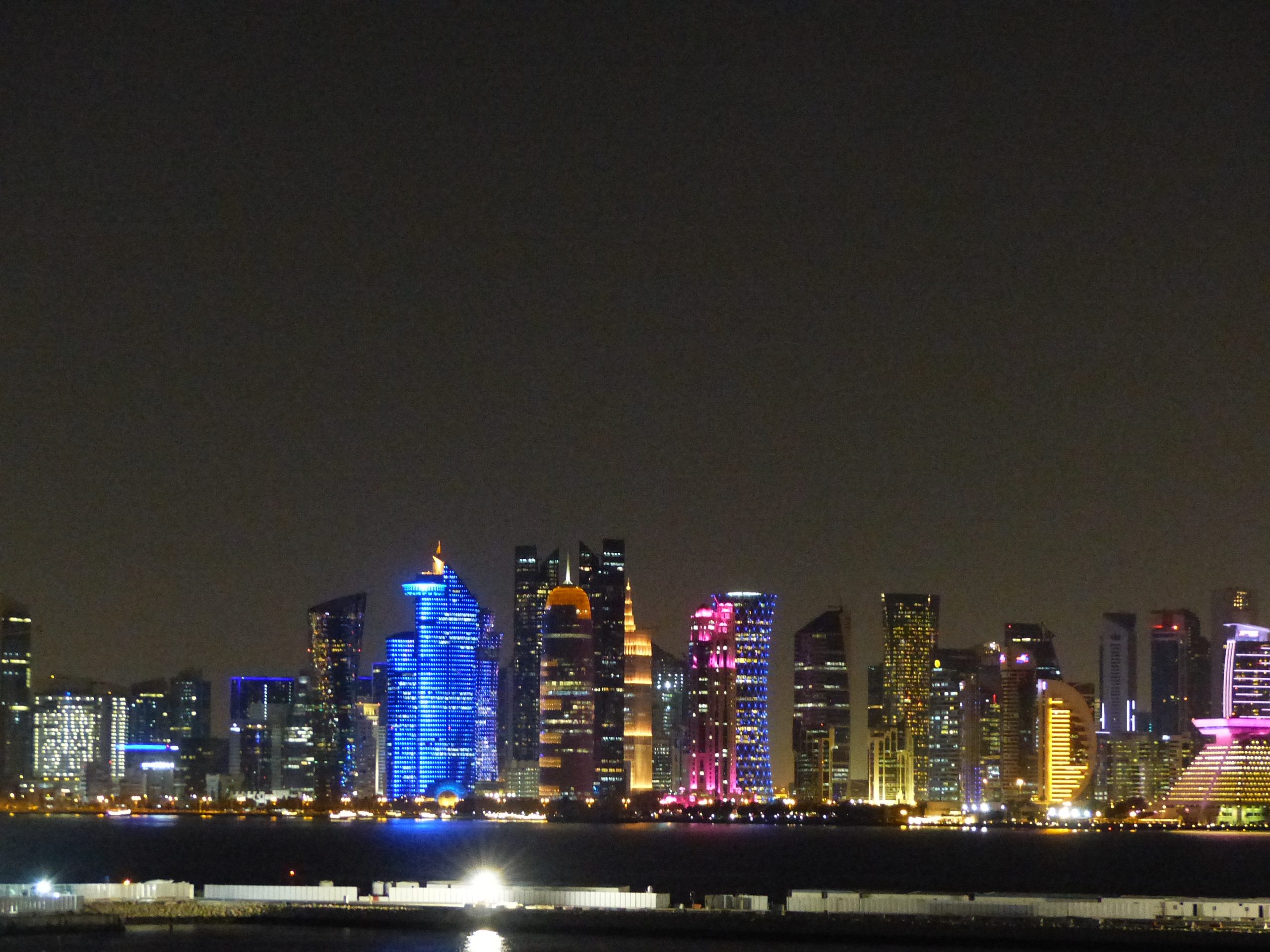 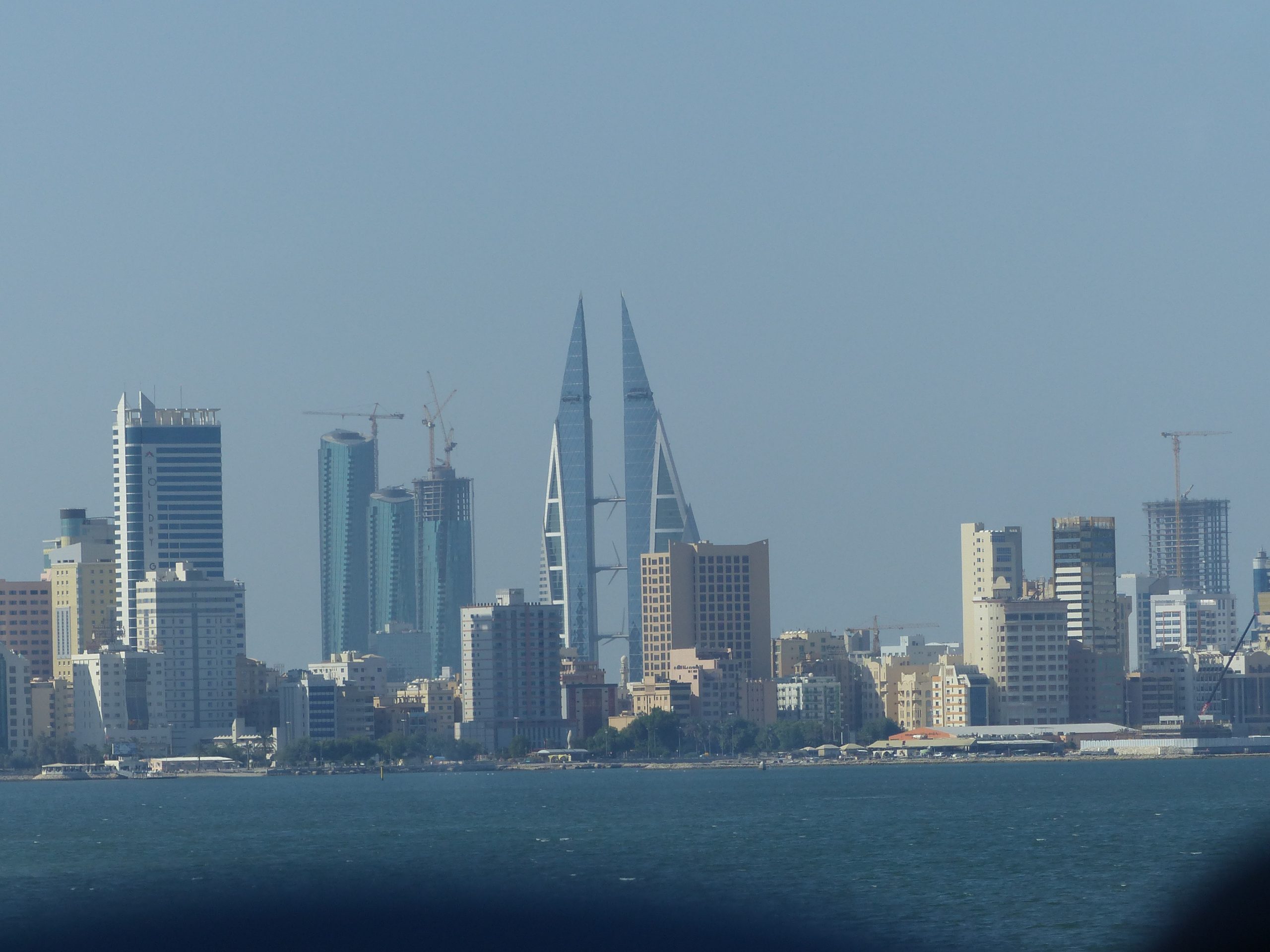