The First Gift of Christmas

“I knew that I could have any gift I could imagine. But the thing I wanted most for Christmas was not inside Santa’s giant bag. What I wanted more than anything was one silver bell from Santa’s sleigh. When I asked, Santa smiled. Then he gave me a hug and told an elf to cut a bell from a reindeer’s harness. The elf tossed it up to Santa. He stood, holding the bell high above him, and called out, ‘The first gift of Christmas!'”                The Polar Express by Chris Van Allsburg 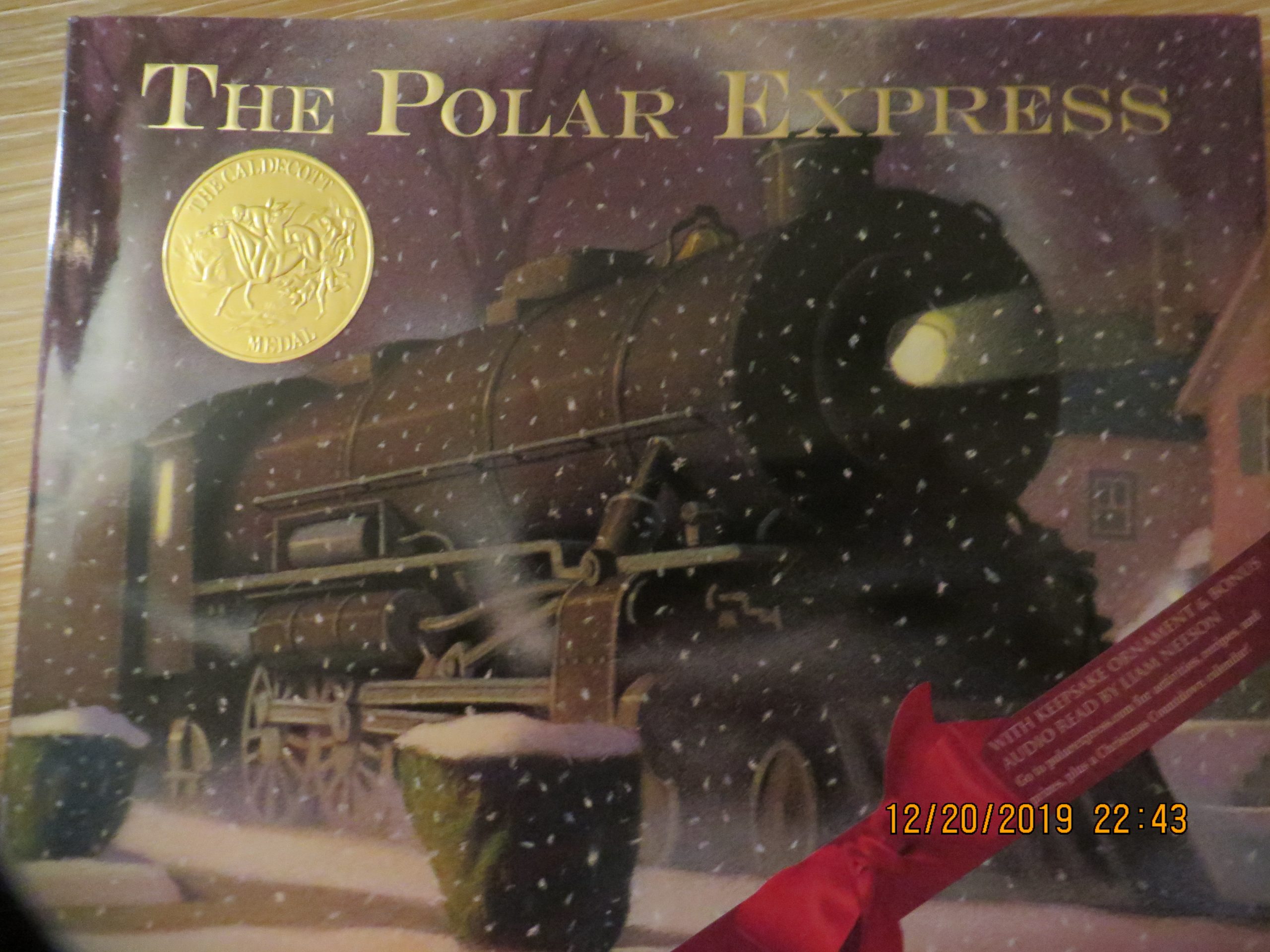 All four of us were dressed in our llama pajamas as we boarded the train Friday afternoon in Spencer, North Carolina. Rick balked a bit at first, but he’s a good sport and would do anything for our grandsons, even wearing jammies in public. Logan is easy; he adores his cousin and was totally cool with wearing his PJs in front of everybody, especially since he didn’t know anyone around there anyway. Everyone on board was similarly attired; no doubt they had all read the book and/or seen the movie. Usually, when we travel, lots of our fellow passengers are grumpy. That was not the case Friday. The mood on the train was jubilant. Everyone was super excited to get going since it’s not every day you go to the North Pole on the Polar Express to see Santa Claus. 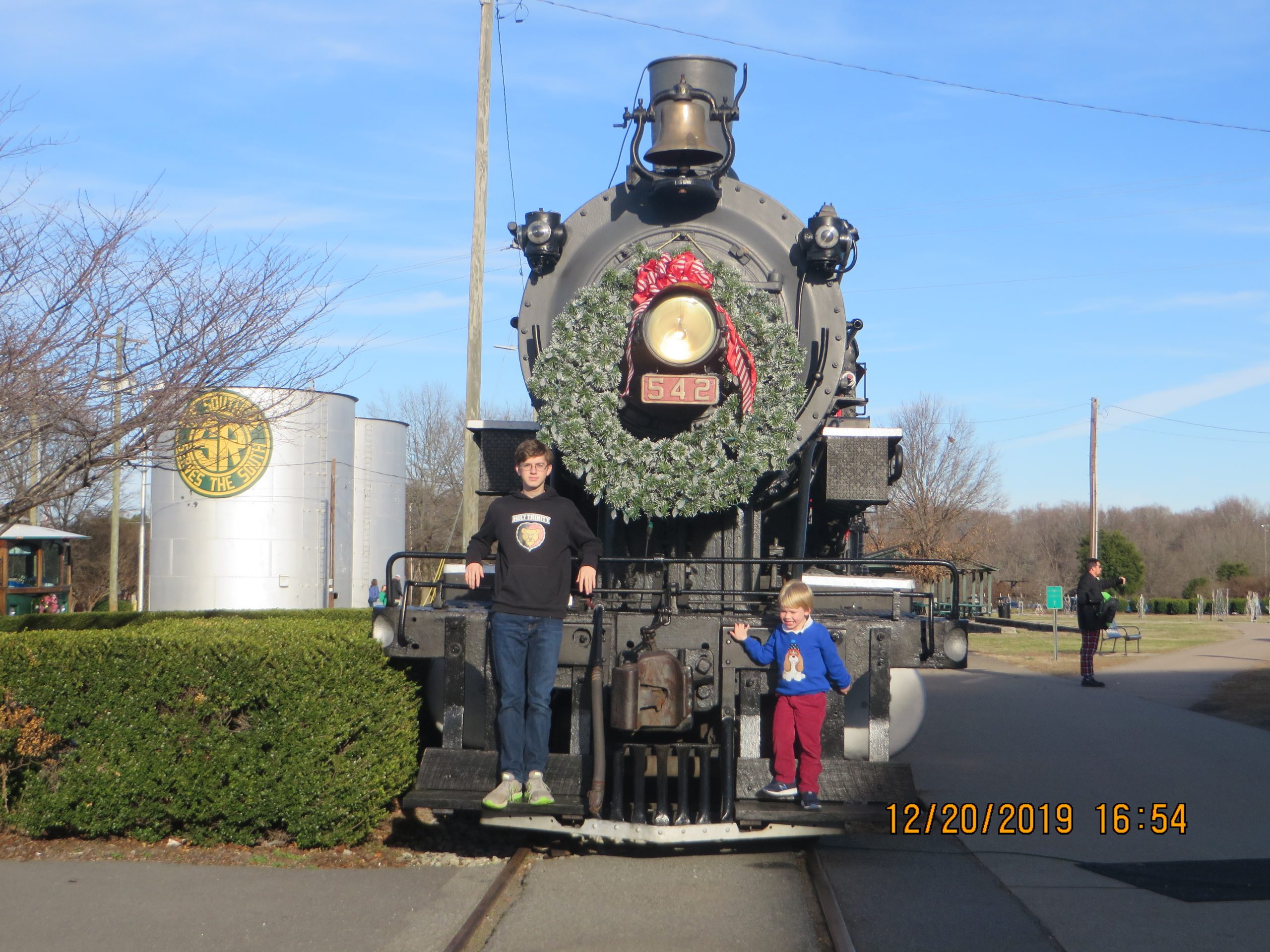 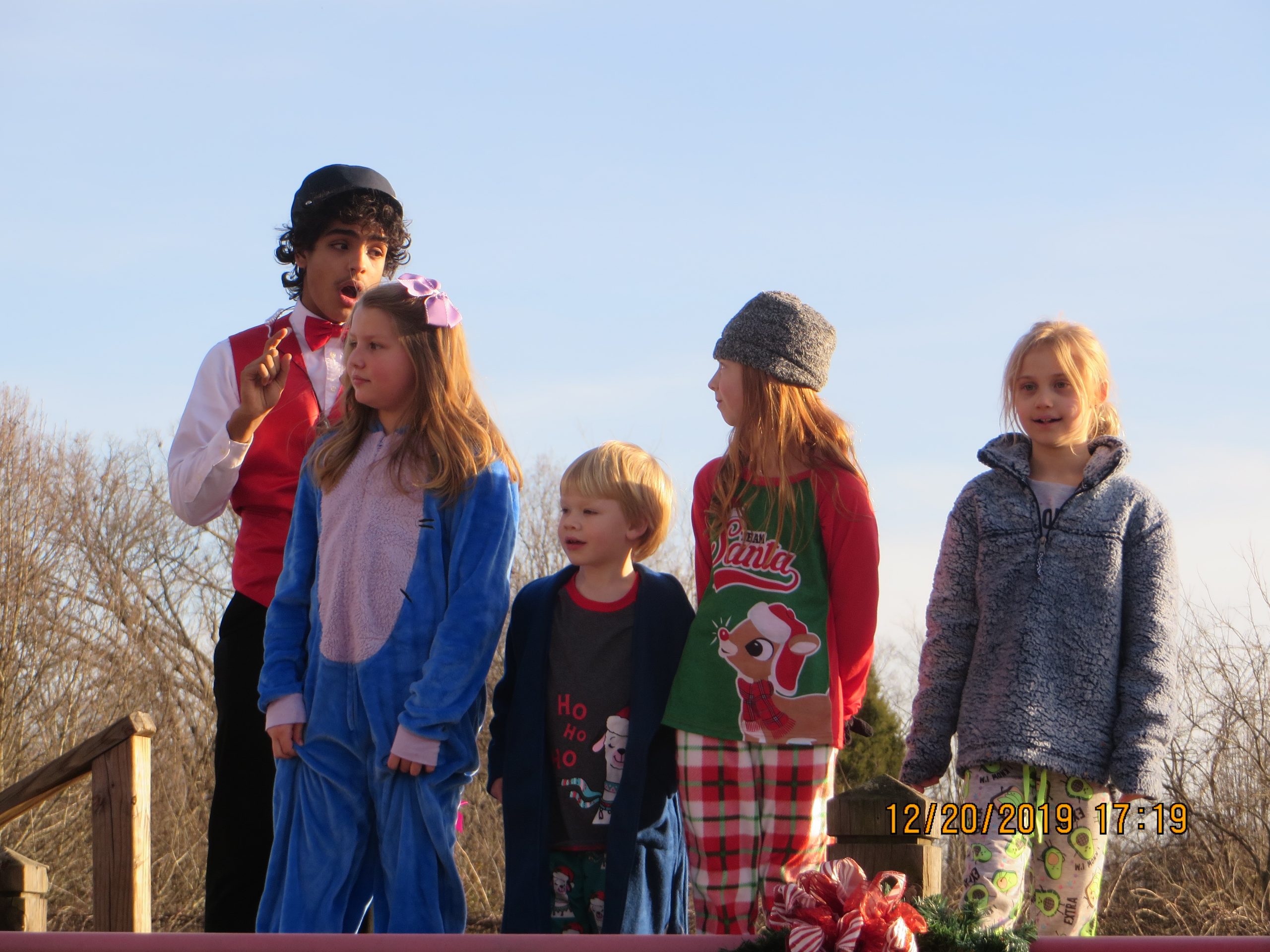 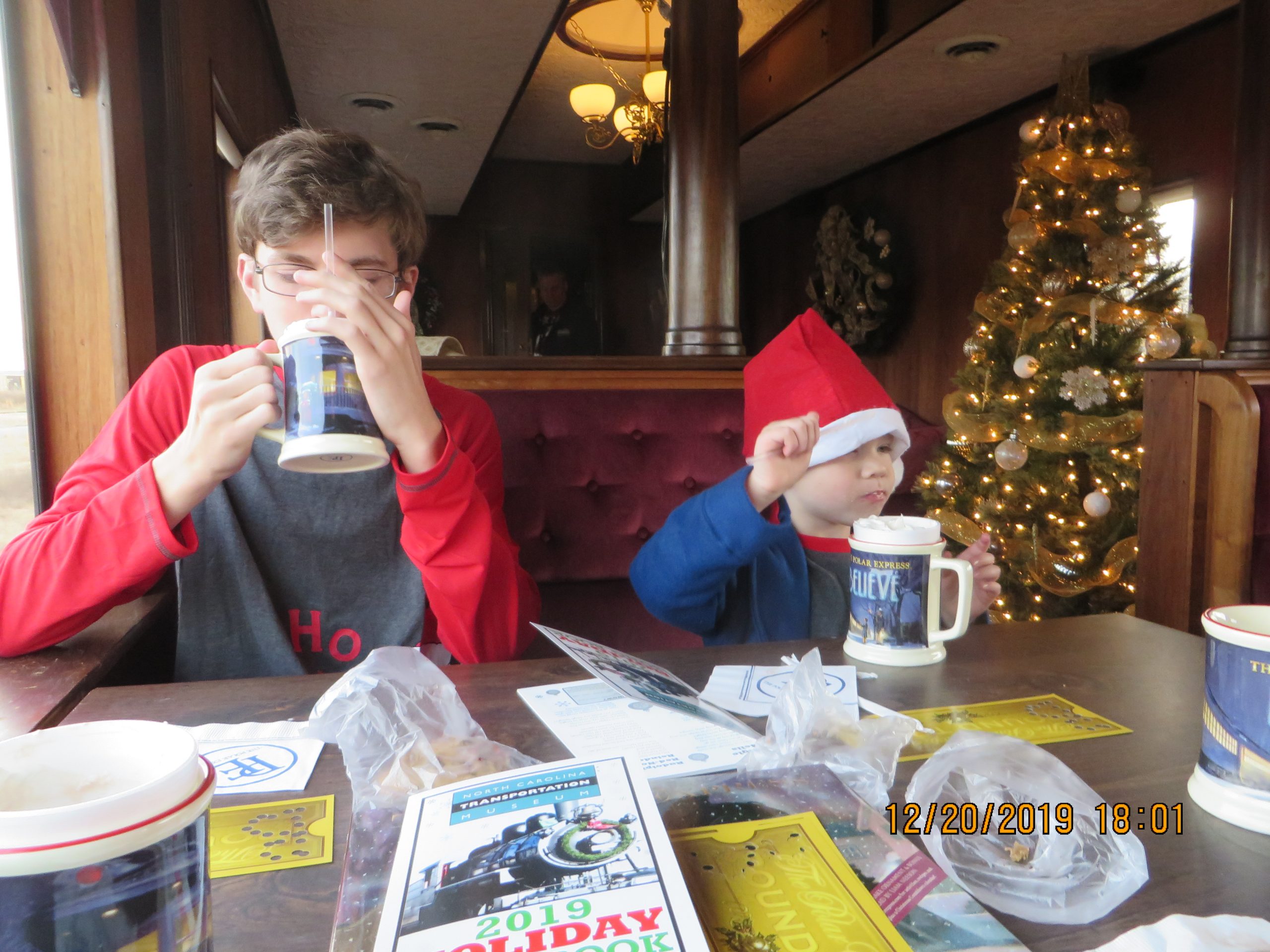 Everything about the experience mirrored the book and movie. The crew served hot chocolate and cookies. They sang and danced in the aisle and we joined in the singing. Santa came through the Parlor Car and gave each of us a shiny new silver bell. I won’t say we actually went to the North Pole, but Harvey was on top of the world anyway. He had a grand time and that was the reason we were there. Just ask Harvey; he will tell you that we all believe in the magic of Christmas.

And I received “the first gift of Christmas.” It wasn’t a silver bell. For me, it was the look of pure unadulterated joy on a little boy’s face.

Have a wonderful Christmas, everyone! 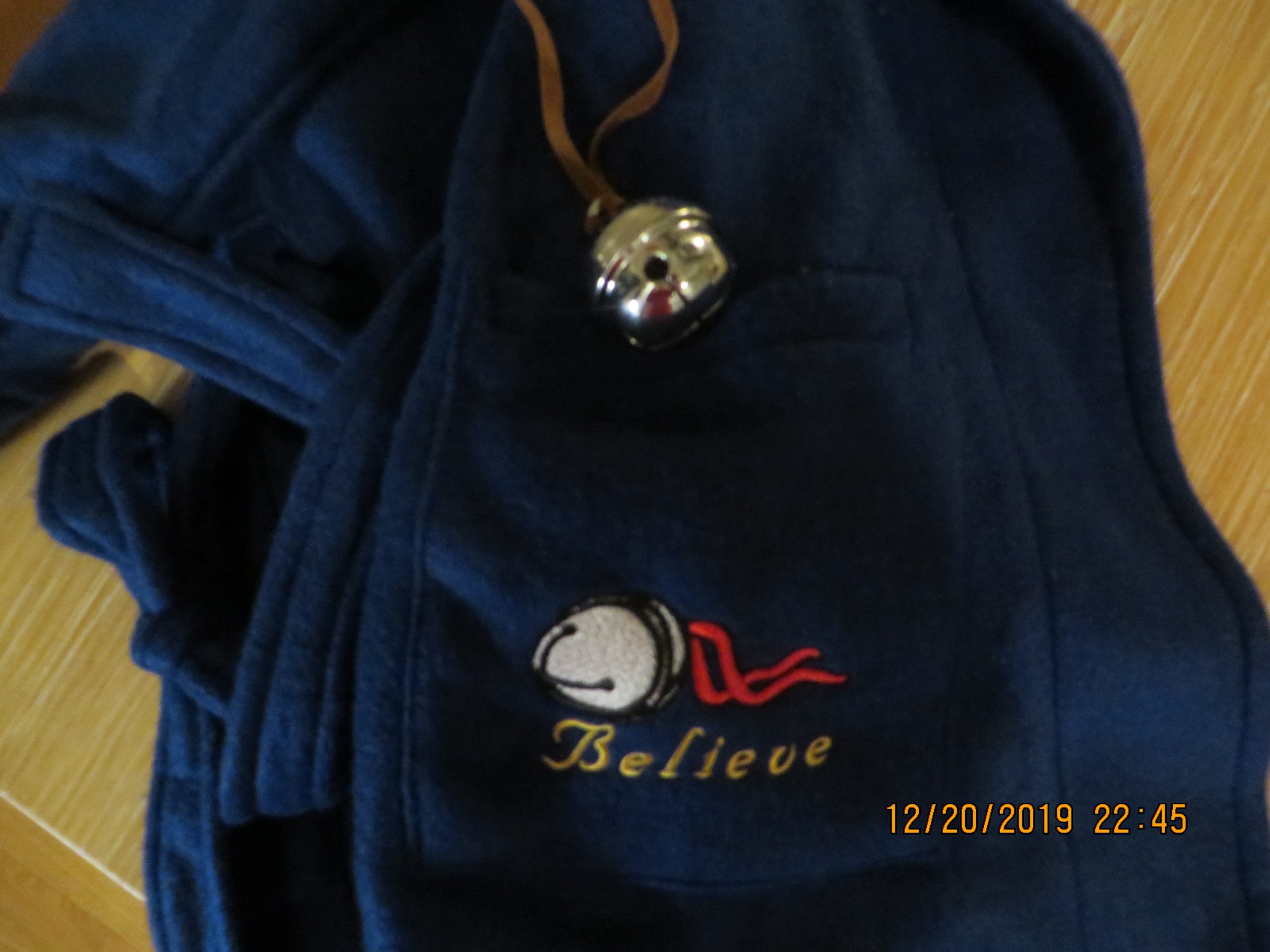