Today we visited the Louisiana State Capitol in Baton Rouge. We walked from the hotel and as we approached it, I thought it looked so very ugly. It reminded me of some old World War II era building in Berlin. But the closer we got, the more I could tell that it is actually a pretty cool Art Deco building. The thirty-four story building was completed in 1932. It is the tallest building in Baton Rouge and the seventh tallest in all of Louisiana. It is also the tallest state capitol building in the US. In the past, I have bemoaned the fact that state capitols all seem to look a lot like the US Capitol, so I surprised myself by not embracing At Deco as a legit building style for a state capitol. But I will admit that when we walked in the door, we were blown away by the beauty of the building. It is stunning. 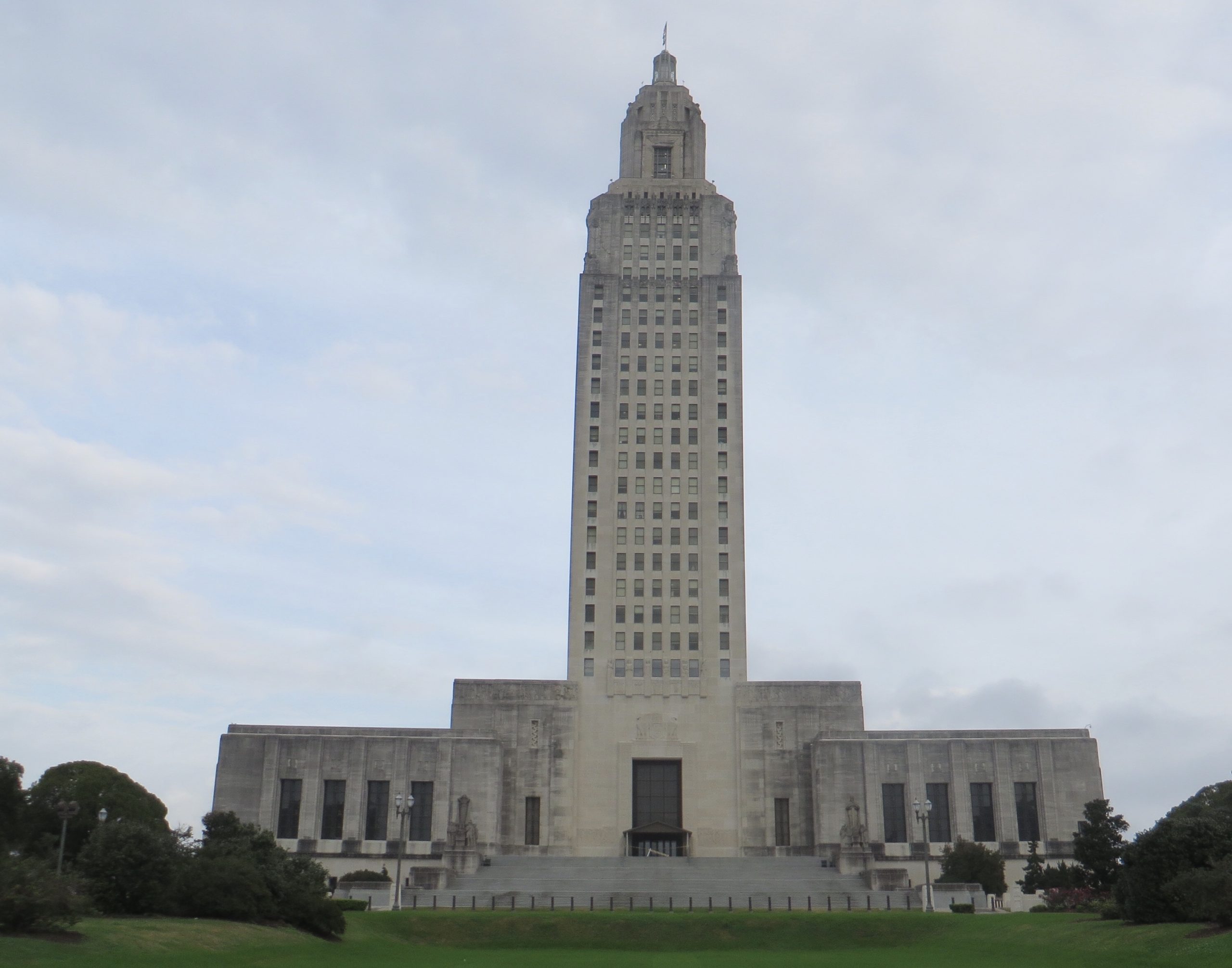 The Louisiana State House is Art Deco inside and out. 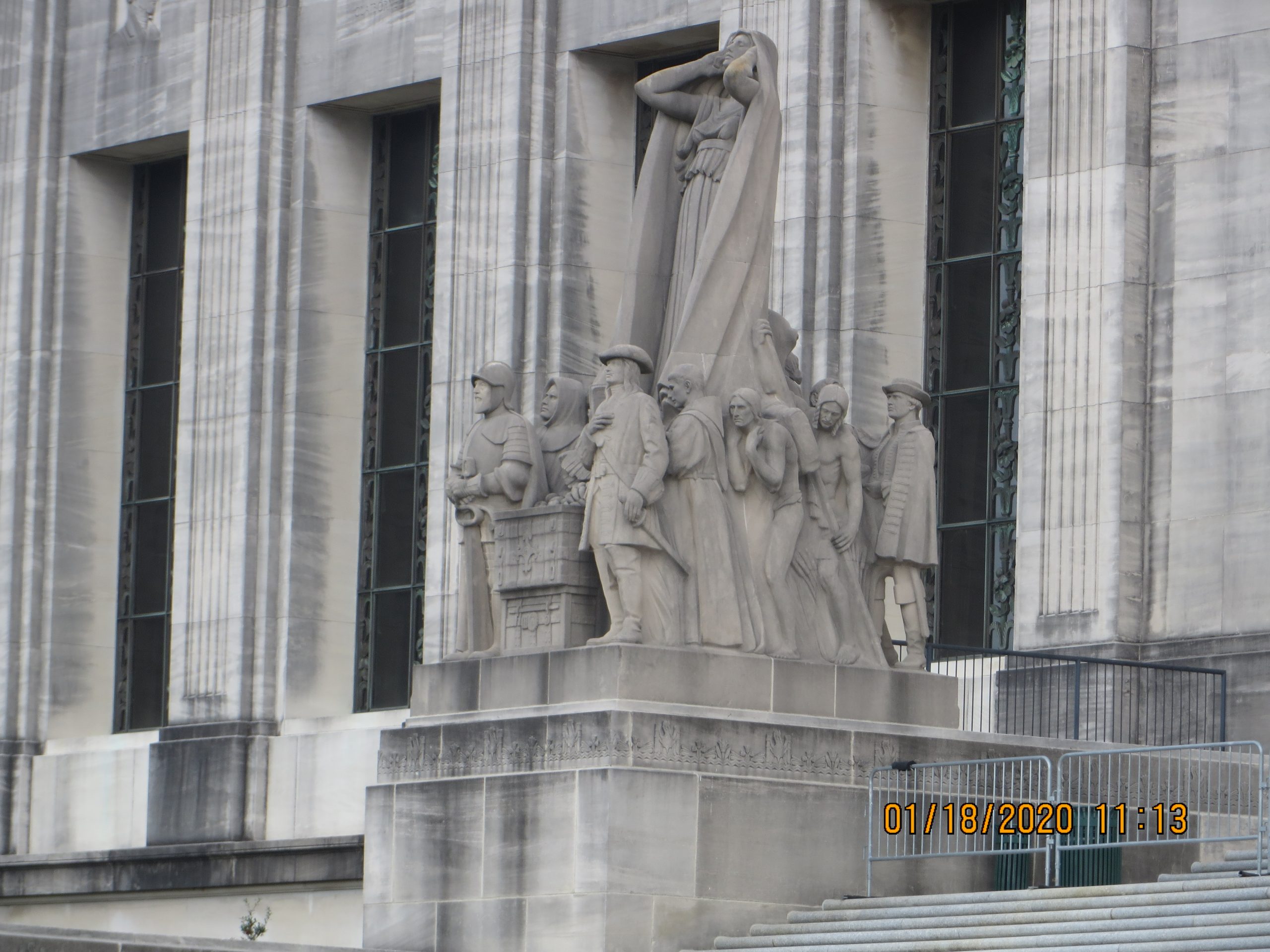 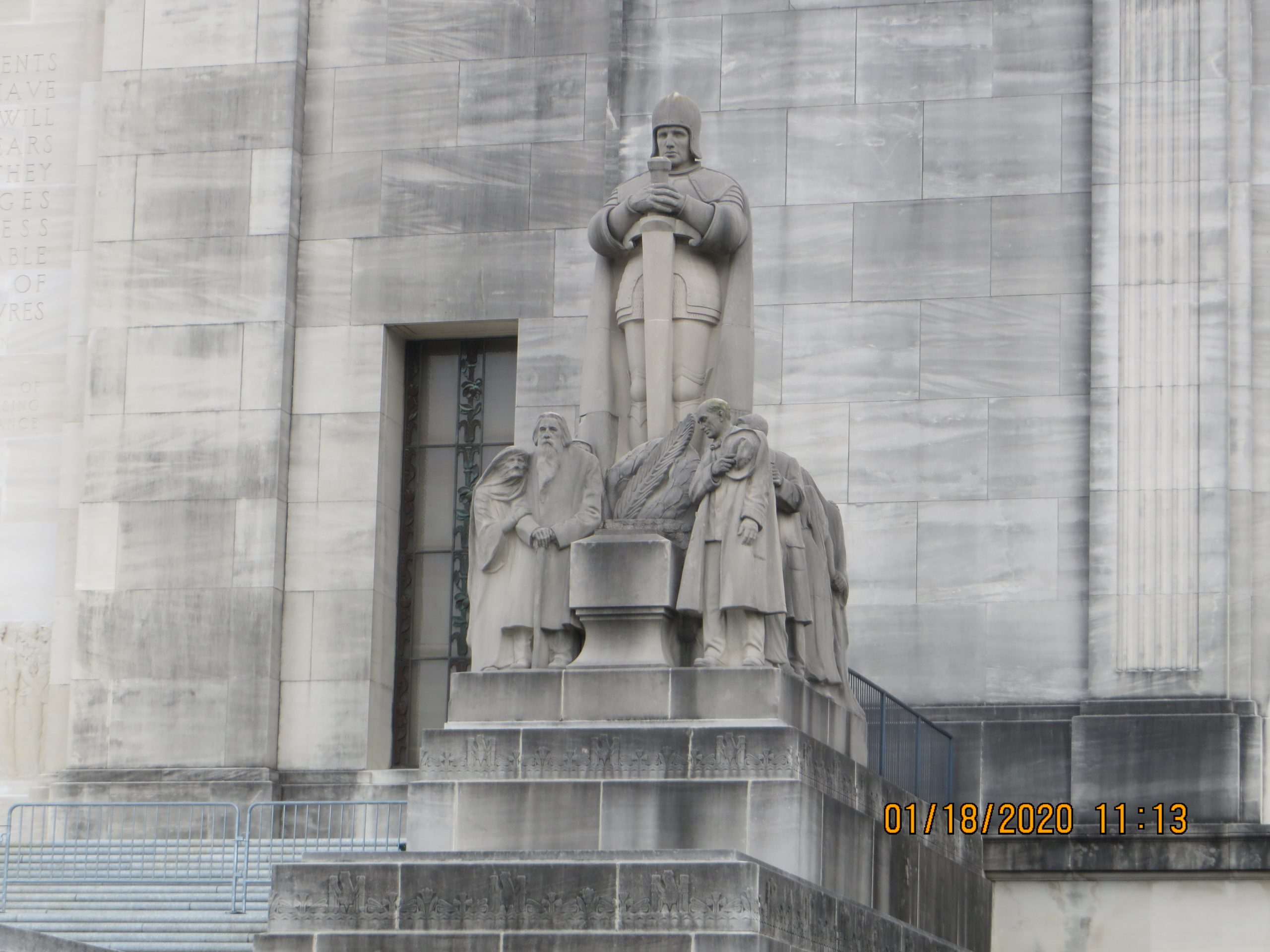 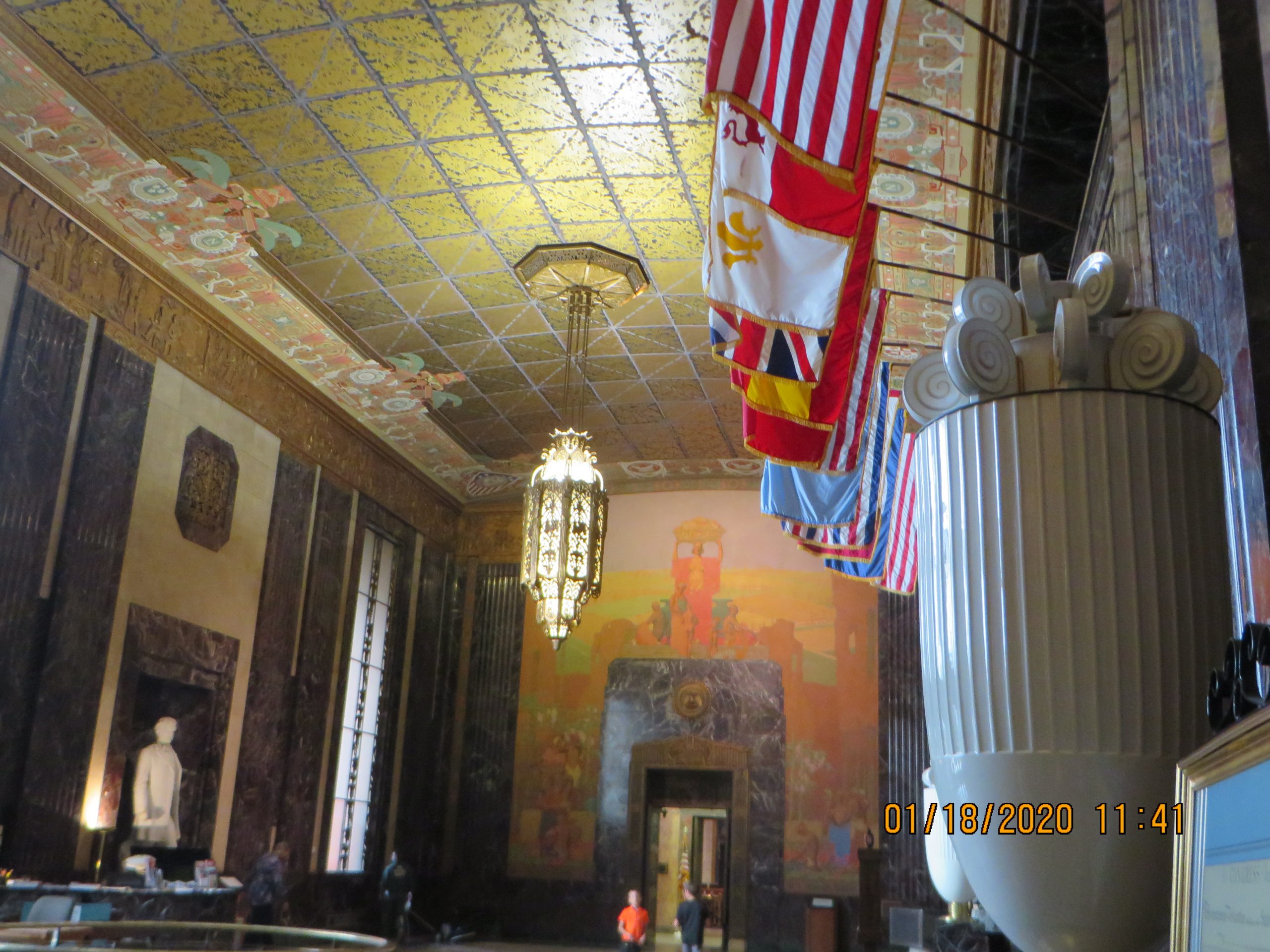 The history of the building is just as amazing as the structure itself. I think it could be said that in Louisiana, politics has historically been a full-on contact sport. Huey P. Long had a lot to do with this. Mr. Long was something of a wheeler-dealer even as a kid and he raised it to an art form as an adult. He campaigned as a populist and the many destitute citizens of Louisiana saw him as their hero. It is little wonder that “kingfish” became his nickname. Long served as governor from 1928 until 1932, but he was elected to the US Senate in 1930. He refused to leave the governor’s office until 1932 when the new Louisiana Capitol was complete since he was determined that he would be governor when the doors opened. Because of his determination to construct the building during the Great Depression, it has been called “Huey Long’s Monument” and was a great source of pride for him. He wanted to show the country that the fine folks of Louisiana could built the tallest state capitol in record time (14 months) even in the midst of the Depression.

Huey Long was a force to be reckoned with in state politics even after he was elected to the US Senate. Though he was a US Senator in 1935, he still had an office in the Louisiana Capitol and continued to call the shots politically. The nice man at the visitors’ desk today told us that Long aspired to be President of the United States. He told us that President Roosevelt said that he feared three men: Moussolini, Hitler, and Huey Long.

Long was in his office in Baton Rouge late one night in September of 1935, guarded by six thugs in the style of a mob boss. A young physician by the name of Dr. Weiss came to the state house to confront Long about something. The discussion became heated and Dr. Weiss punched Long in the face. All of Long’s bodyguards began shooting. When the dust settled, Dr. Weiss was dead, riddled with sixty-two bullet holes, and Huey Long lay wounded by a bullet that ricocheted off the walls and columns of the corridor just outside his office. Then the thugs went out to the doctor’s car and retrieved the gun he kept there for nights when he was out driving around on call. They returned to the crime scene, shot one round, and placed the weapon in Dr. Weiss’ hand. A few days later, Long died from his wound. To this day, most accounts of the incident report that Dr. Weiss assassinated Huey Long, even though that’s not exactly how it went down. Huey Long is buried on the grounds of the capitol and there is a huge statue of him gazing upon the building. 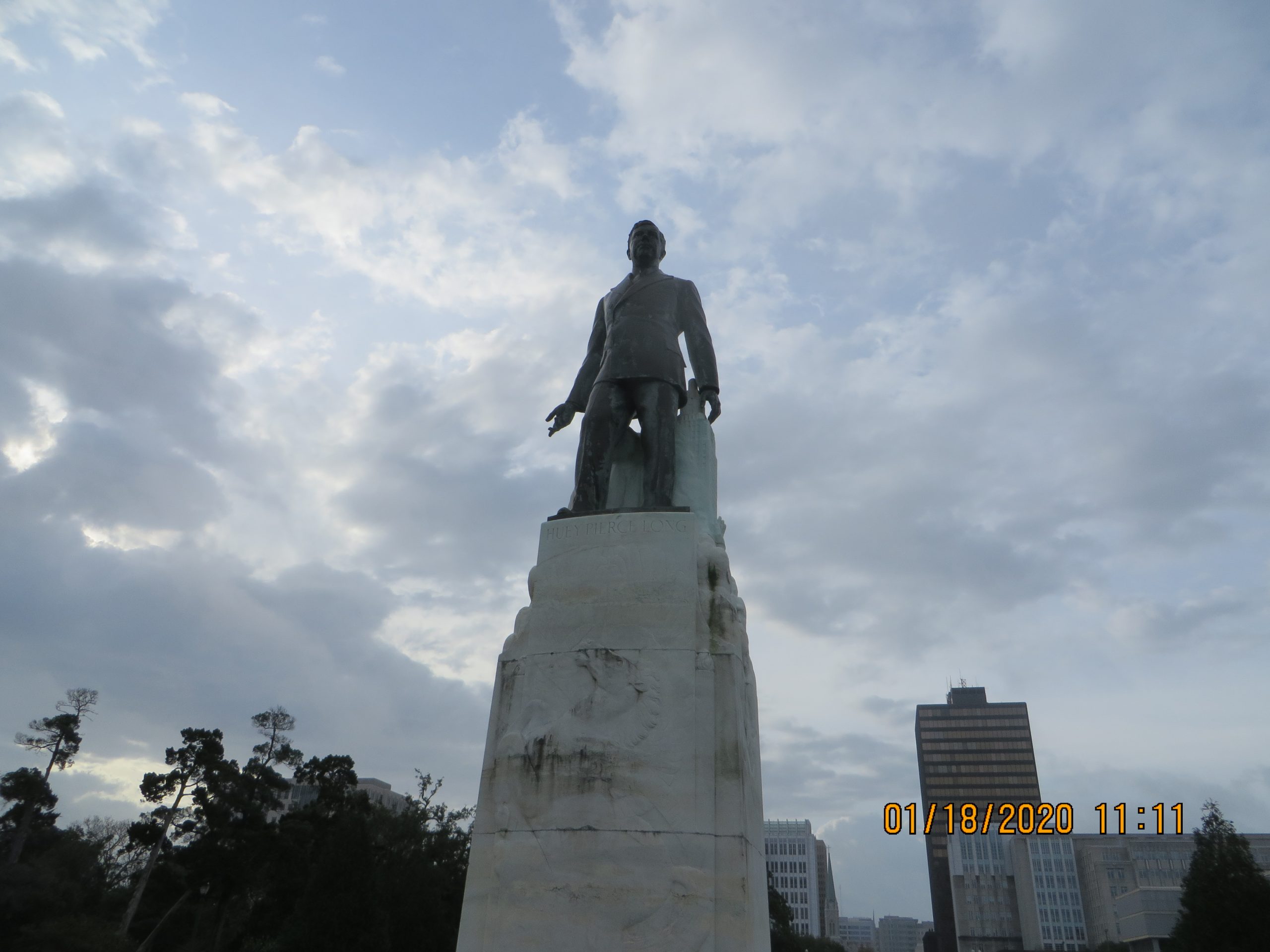 The Louisiana State Capitol was such an interesting surprise. The building is seriously beautiful inside and out and I did not even mention the tower on the twenty-seventh floor! The view is fabulous. All of Baton Rouge is spread out before you, and on one side, you can look over the phenomenal grounds to the Mississippi River. When you see the incredible building and grounds, and then take into account the colorful history of the place, you end up with a stew as rich as Louisiana gumbo. If you get the chance to see the place, you should geaux. 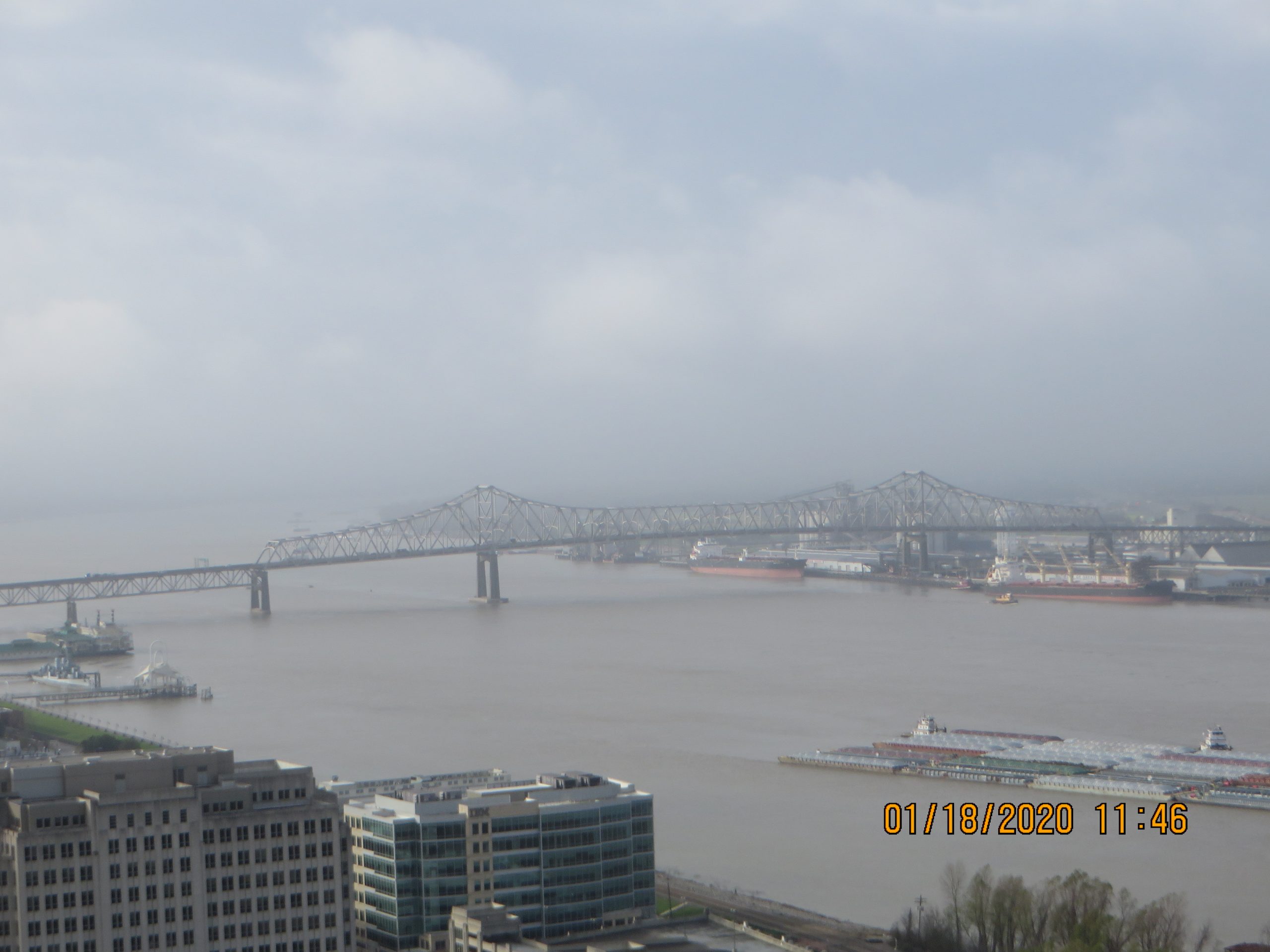 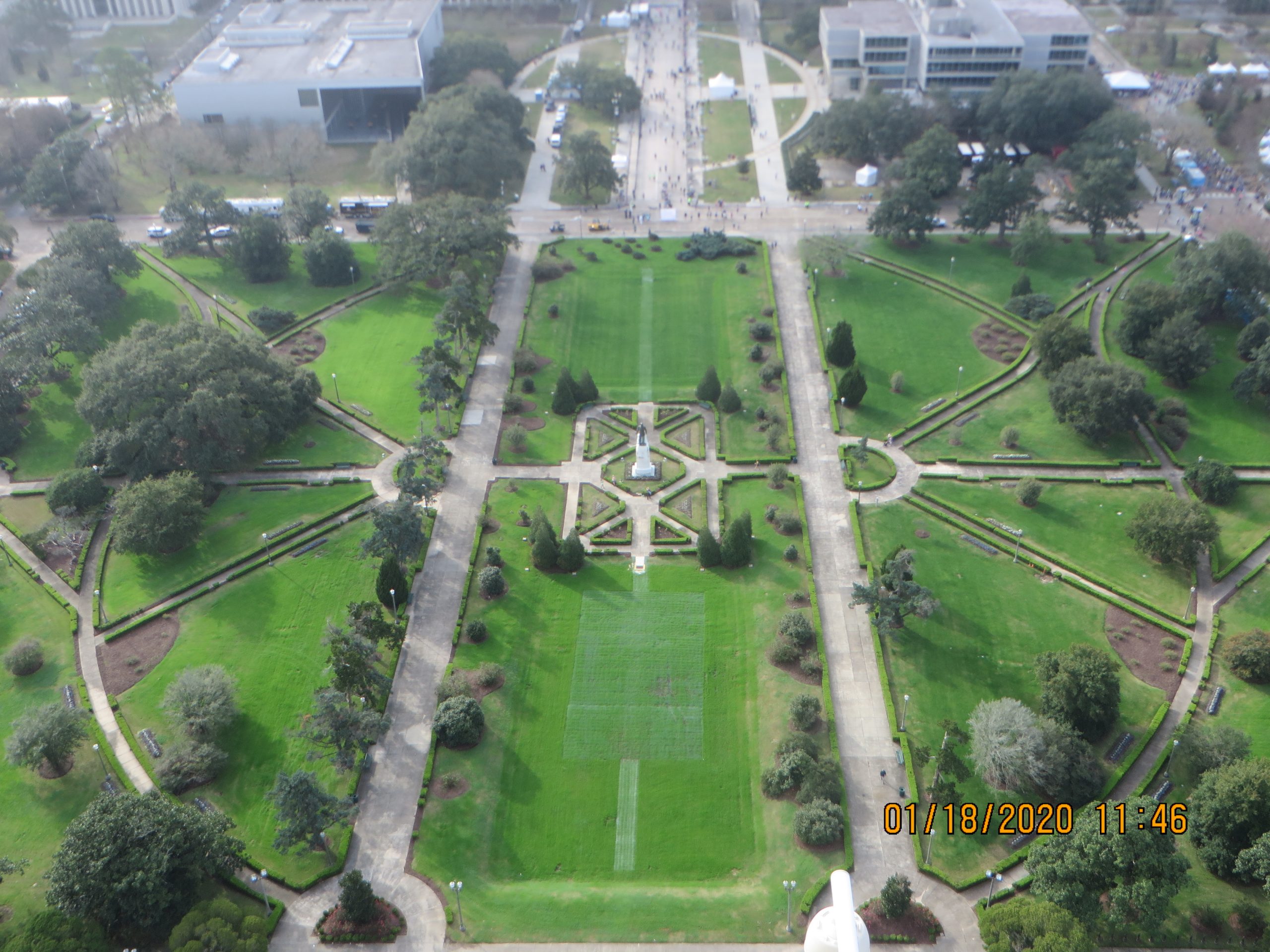