Byrd unlocked the gate at Okeeheepkee Road and introduced herself to us after we parked the car. She was about five when her parents built their house next to a spring in Tallahassee and she lives there now. This house is unique in that it is the only home in Florida designed by Frank Lloyd Wright. For us, the tour was unique in that, as many Wright properties we’ve toured, this was the first time we have met someone who actually lived in a home he designed. It is probably getting more rare as the years go by to tour a Wright home with someone who had so many personal stories to tell. How many times have we heard, “if only these walls could talk.” We did not need to hear from the walls; we listened to someone who lived within those walls.

Byrd’s parents, George and Clifton Lewis, had read about Mr. Wright and seen pictures of homes designed by him. He had been quite busy in Lakeland, Florida where he oversaw the construction of his vision of an American college campus. When they found out that he would be at Florida Southern College in 1950 when they were there for a conference, they hatched a plan to position themselves at the end of the receiving line in order to have a moment of his time so that they could ask him to design a home for them. Mr. Lewis told Wright that he had “a lot of children and not much money.” Wright told them, “Go find your ground, not on a lot, and get in touch.” When they found their five acres on the outskirts of town with a spring flowing on the property, Mrs. Lewis called Taliesin. According to Byrd, Mr. Wright himself answered the phone. They sent him topographical maps and photos of the property. He talked to them at length about their family and their interests. Mr. Lewis was a banker. He ran his family’s bank back in the day when all banks were family owned. In his spare time, he built a beautiful sailboat and the family spent much of their time out on the water. With this in mind, Frank Lloyd Wright designed a home that mimics the shape of a boat. He designed only two home shaped like this. The other one he designed for his own son and it was actually constructed just ahead of the Lewis Spring House. 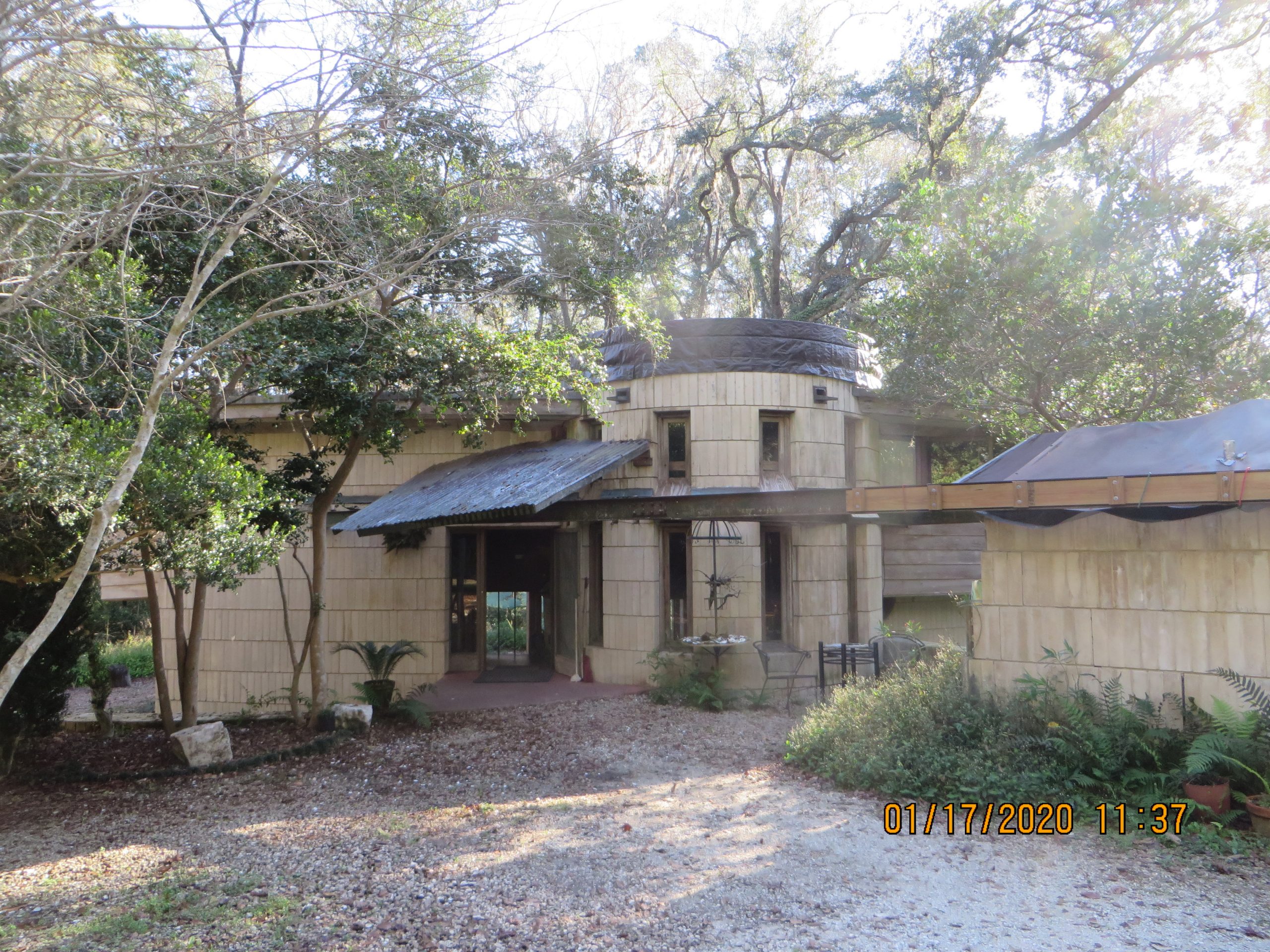 Looks pretty rough from this angle.

What an experience it must have been for Byrd and her three brothers to grow up in a Frank Lloyd Wright home! The home is characterized by sinuous curves, a circular kitchen, built-in seating, and other ingenious features. The home is not air conditioned, but Byrd said that Wright’s genius at design provided for perfect ventilation and no air conditioning was needed, even though the Florida panhandle can get mighty hot in the summer. Byrd pointed out the recessed lighting and told us that it was a Wright invention. According to her, Wright is the person who first coined the term “carport.” She said that many planned built-in features were never completed and furniture Wright designed for the house was never built because her parents ran into problems with the soil. They blew right through their budget shoring up the foundation with pilings. The years have not been kind to the home but Byrd says most of the repairs needed are cosmetic. A foundation has been established and is working to raise the funds to restore the home. Byrd figures they will need between a quarter and a half million to do the necessary work. My guess is that it will be an easy half million.

We read about the home in Garden and Gun magazine several years ago and made a note to get to Tallahassee to see it. The Lewis Spring House is nothing short of fascinating. Wright was getting up in years when he designed it. In fact, he died in 1959 never having visited the Spring House. If anyone tells you that all Frank Lloyd Wright homes are alike, tell them to look no further than the Tallahassee ship-shaped home. 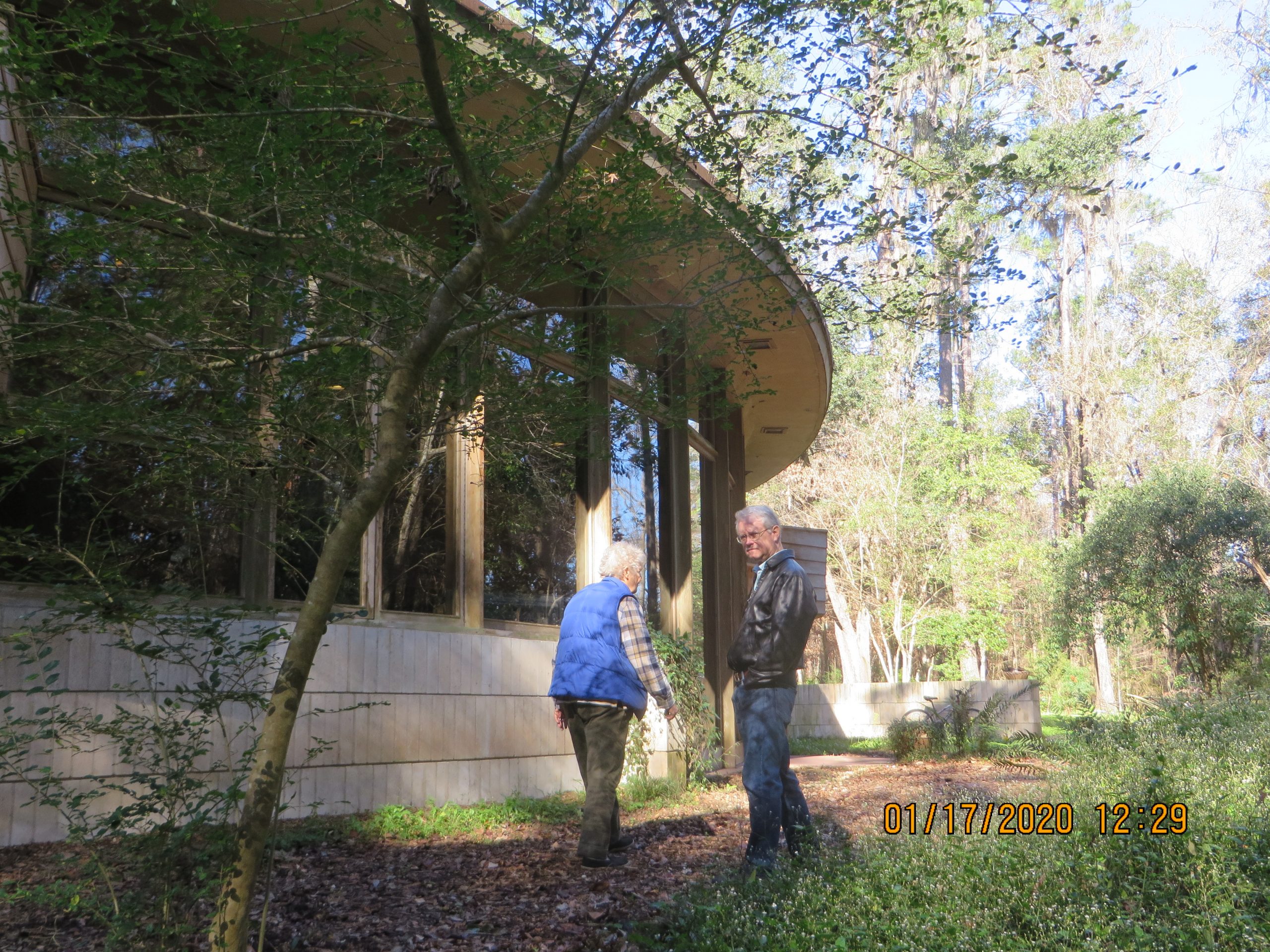 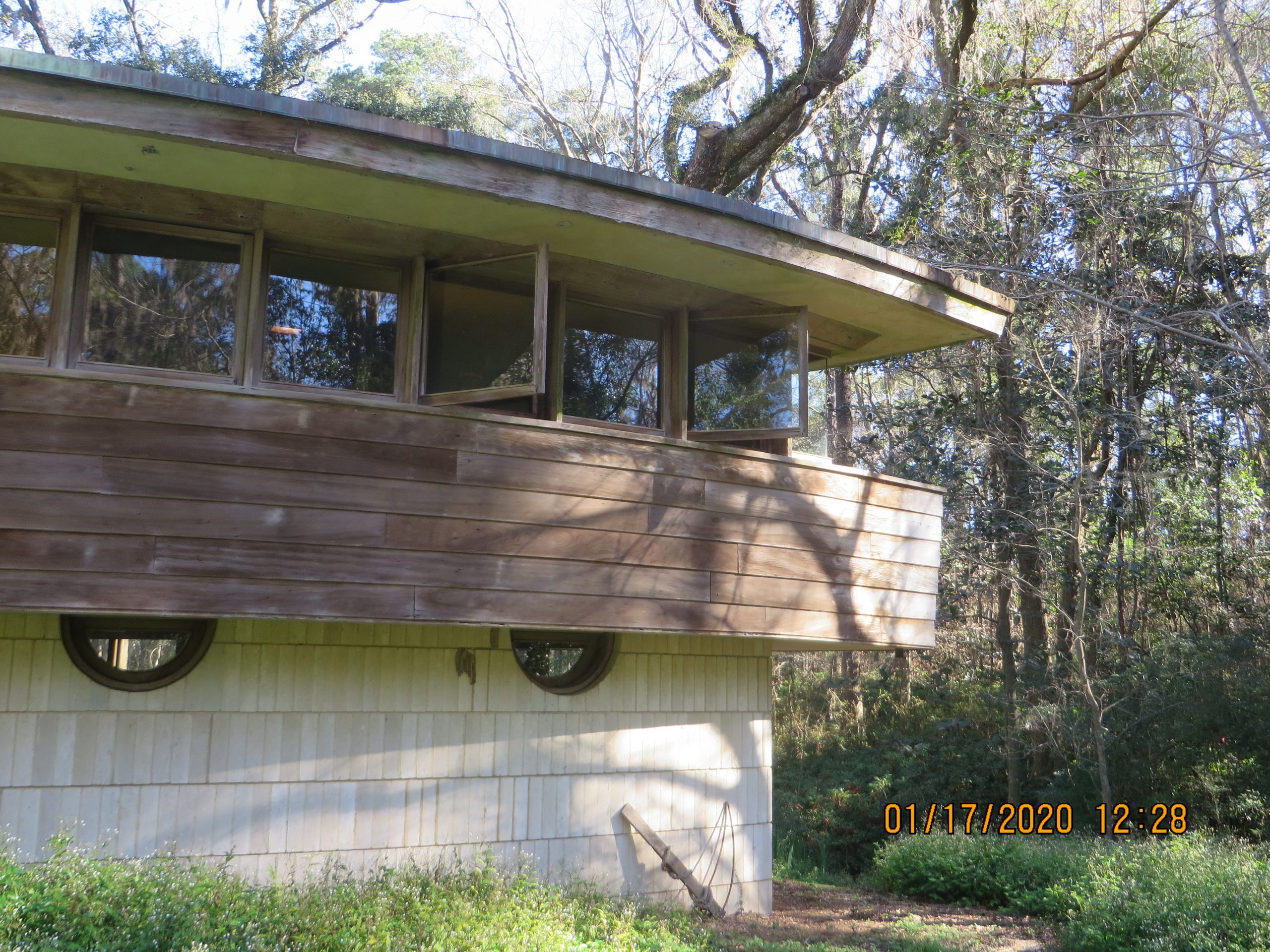 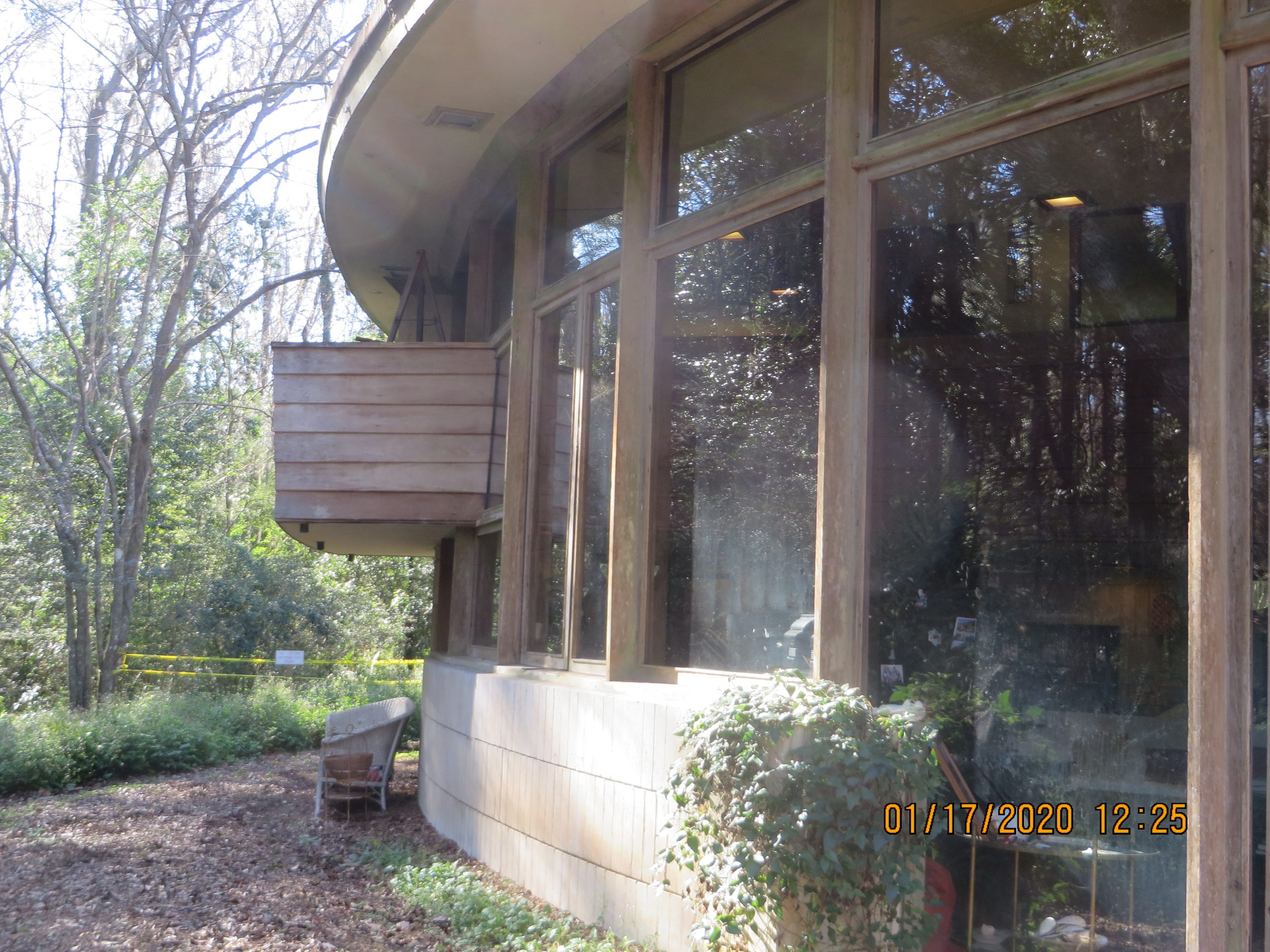