The Handiest of Accessories

I am old enough to remember the TV game show, “Let’s Make a Deal.” The host, Monty Hall, would run out the clock at the end of the show by asking women in the audience to check their purses for weird items. One day, some random woman opened her handbag and produced a boiled egg on demand and walked away $50 richer. Most American women were mildly amused, but not terribly shocked. Let’s be honest. All women probably have at least one item in their handbag that would cause a few raised eyebrows and questioning looks. Queen Elizabeth’s handbag is said to be cluttered with good luck charms given to her by her children including toy miniature dogs and horses. I’d love to know why in the world she even feels the need to cart around a handbag in the first place. I mean, really, what’s the point of being queen if you still have to do mundane things like carry your own stuff around? Why have staff if not to bring your toys everywhere you go? Supposedly, her go-to brand is Launer; they have longer handles that make it easier for her to shake hands. I read that the average woman has six handbags. I’ll admit that I’m above average, but I won’t reveal how many I have, mainly because I don’t know off the top of my head. The queen is way out of my league with around two hundred of these Launer bags and they run upwards of $2,346 each. I think it’s been said before but bears repeating: It’s good to be queen.

Today we drove over to Little Rock to see the state capitol building and, while we were there, we popped in at Esse, one of only three handbag museums in the world. It’s the only one in North America. The museum is dedicated to that indispensable workhorse we ladies all love and hate. I say that because we love a great looking bag as much as we love cute shoes, and we all acknowledge that we would be lost without them, but we hate how they can get so dang heavy and cumbersome sometimes. I’ve found that husbands aren’t big on carrying them until you have been married (and whining) a few decades. Still, never have I ever seen Prince Philip carrying Queen Elizabeth’s handbag and they have been married a really long time. Strange, but turns out that the first written mention of someone carrying a bag is Judas Iscariot in the Bible. I guess he needed one for those thirty pieces of silver. 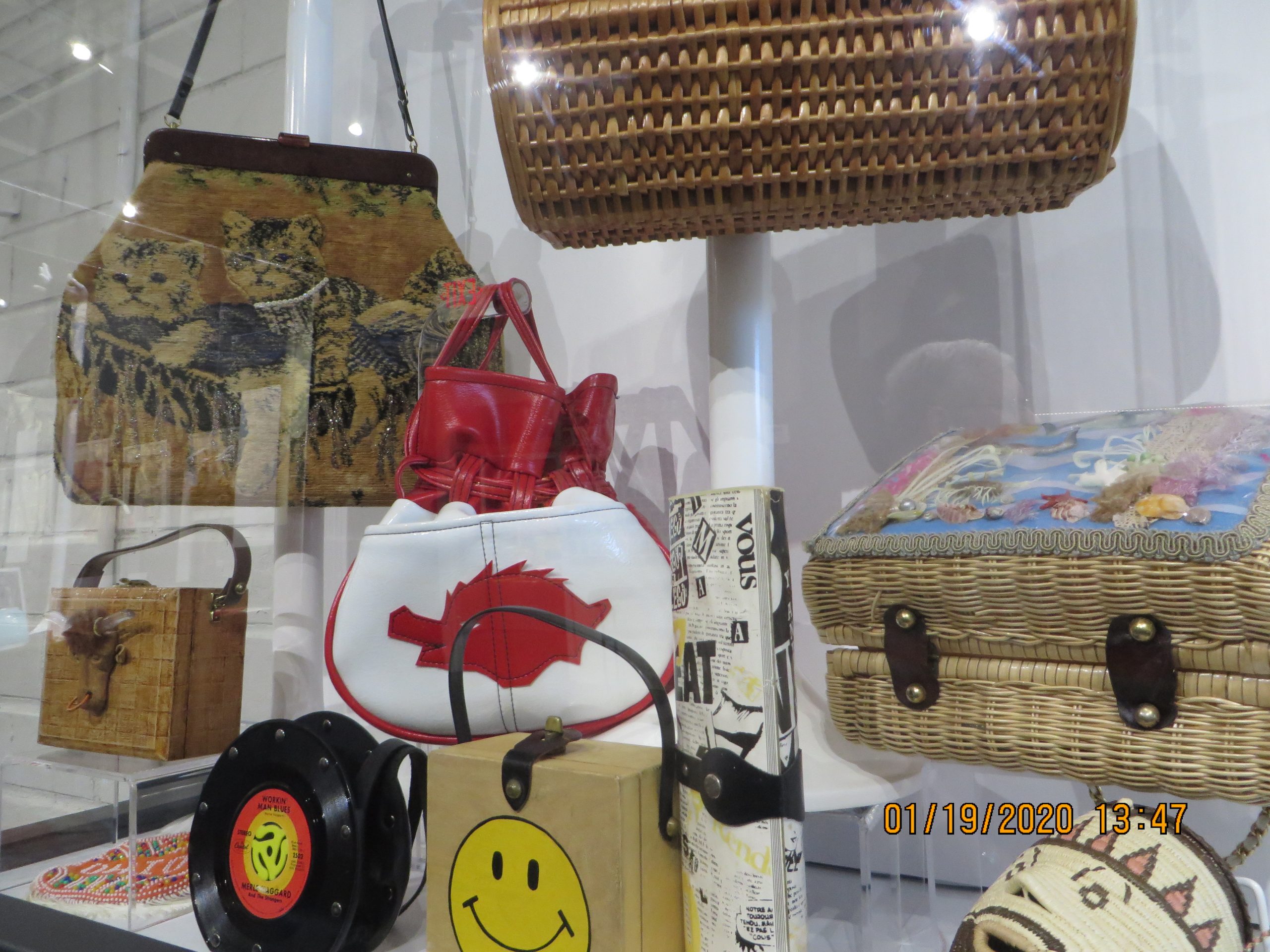 Gotta have that Razorback purse if you are in Arkansas!

The museum was great fun and a good review of women’s history. They have the twentieth century divided into decades and presented what was happening in the country and in the world and how it impacted women and fashion. For me, the contents were more interesting than the handbags, although some of the quirkier bags were good for a laugh. We enjoyed seeing so many items that had their time in the sun in our lifetime and have now gone off to the dustbin of history. I will add a few pictures that might trigger some memories and some that probably won’t. 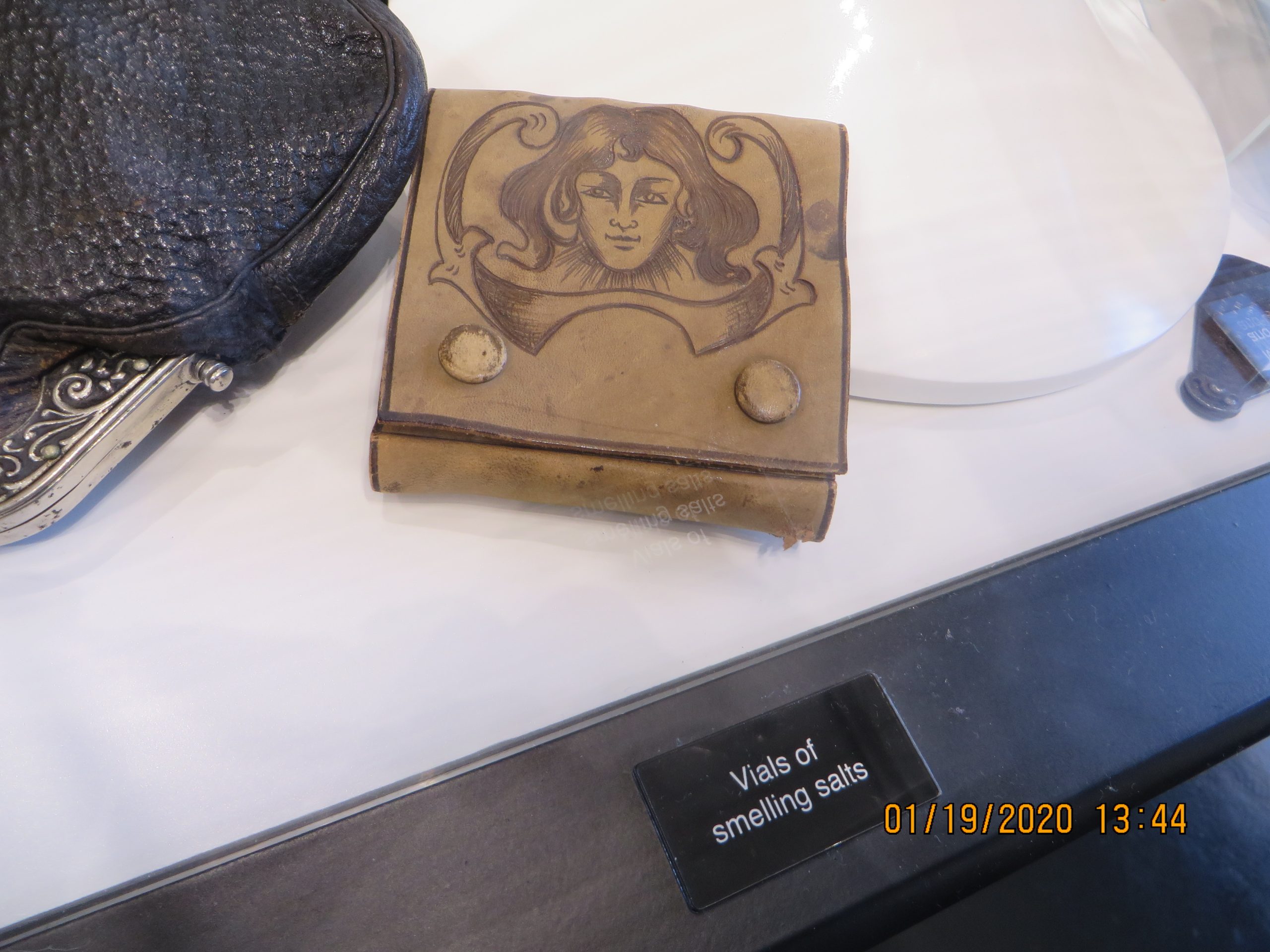 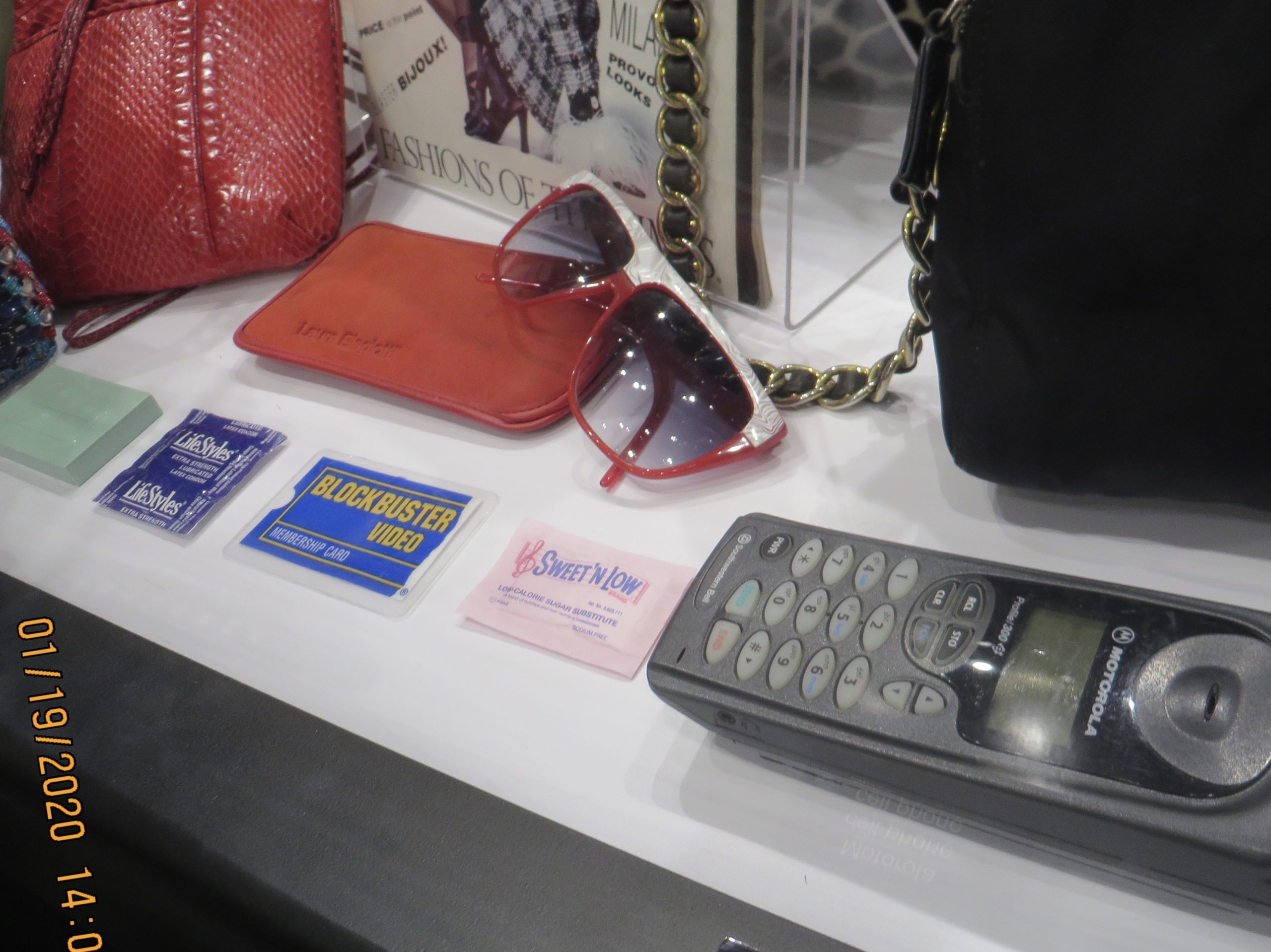 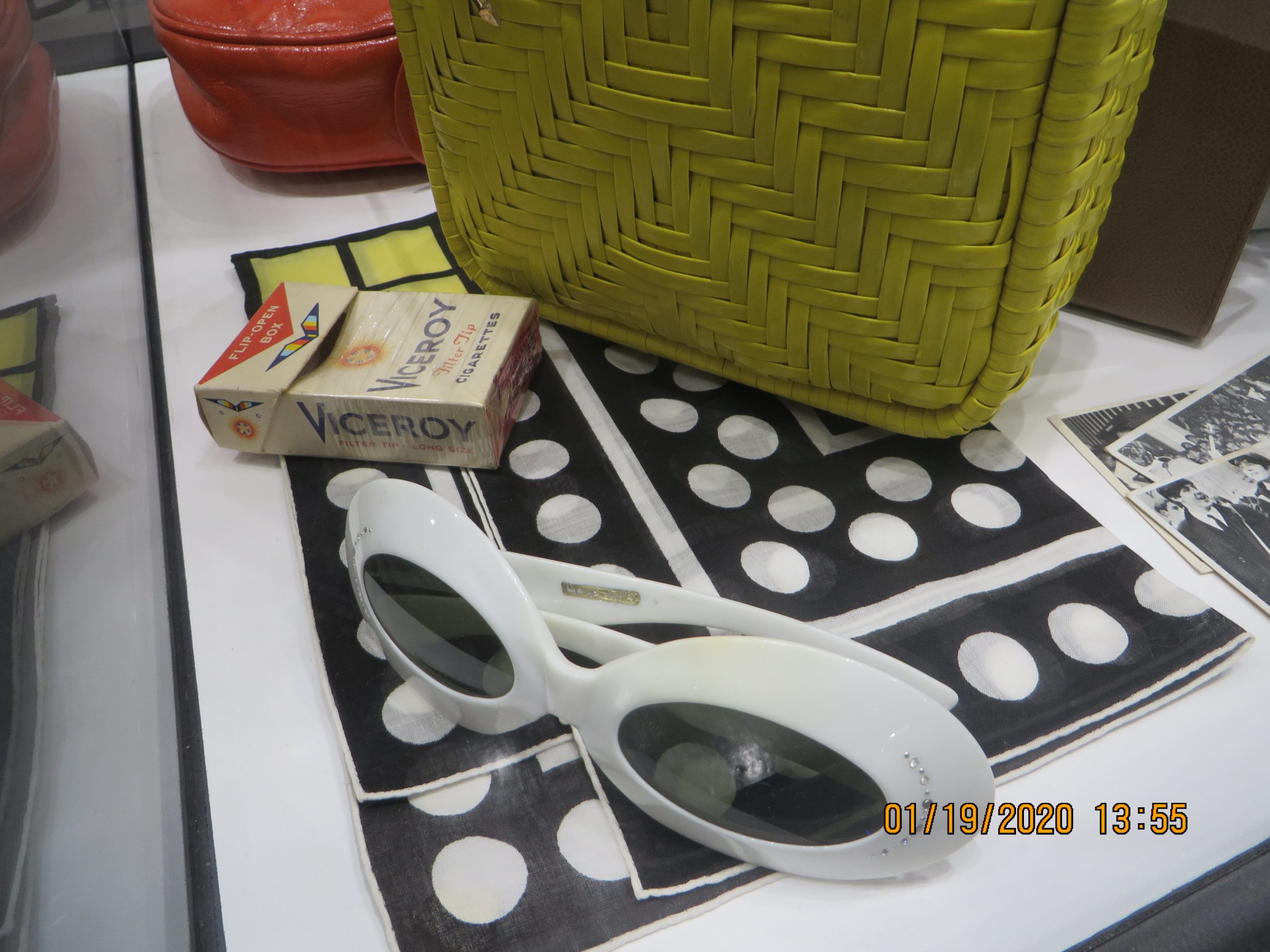 Tote, crossbody, backpack, handbag, purse, pocketbook, clutch. We have lots of names for the last thing we grab every time we dash out the door. So next October 10, let’s all dig down in our bags, pull out that flask, and toast our most important accessory on National Handbag Day! 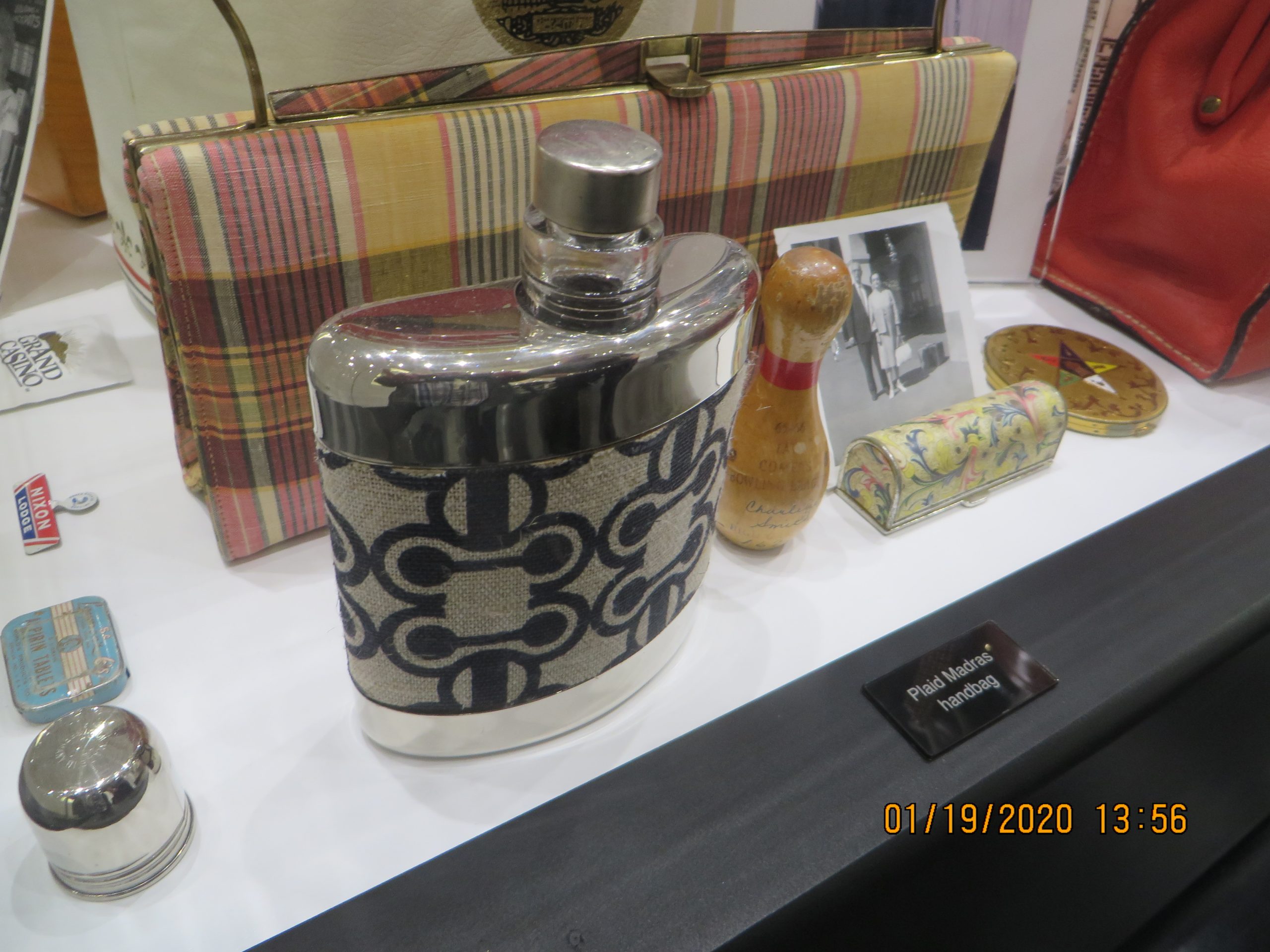