We were driving along this morning somewhere between Hot Springs, Arkansas and Eudora, Arkansas, the catfish capital of the Natural State (that’s Arkansas’ nickname). We saw a small sign advertising the World War II Japanese American Internment Museum just outside of McGehee, Arkansas. We were puzzled because we thought all those interment camps were out in the western United States so we decided to check it out. We knew it would throw us off schedule but it seemed worth it to make a quick stop for a look around. After all, what’s the point of taking road trips if you can’t be flexible, amirite?

We found the little three room museum down by the train station. The lady at the desk seemed glad to have someone to talk to, so we quickly learned alot about her life. She also told us a lot about the two interment camps, or relocation centers, just up the road. One camp was in the Delta town called Jerome and the other was in Rohwer. The availability of federally owned land and proximity to railway made the sites easy choices. There were eight other camps west of the Rockies; these were the only two located east of the Rockies. Very little is left behind from the camps that once incarcerated over 16,000 Japanese Americans, so the decision was made to locate a museum between the remains of the two camps in McGehee. At the Rohwer site, a smokestack still stands and there is a cemetery that contains the graves of people who died while they were held in the camps. 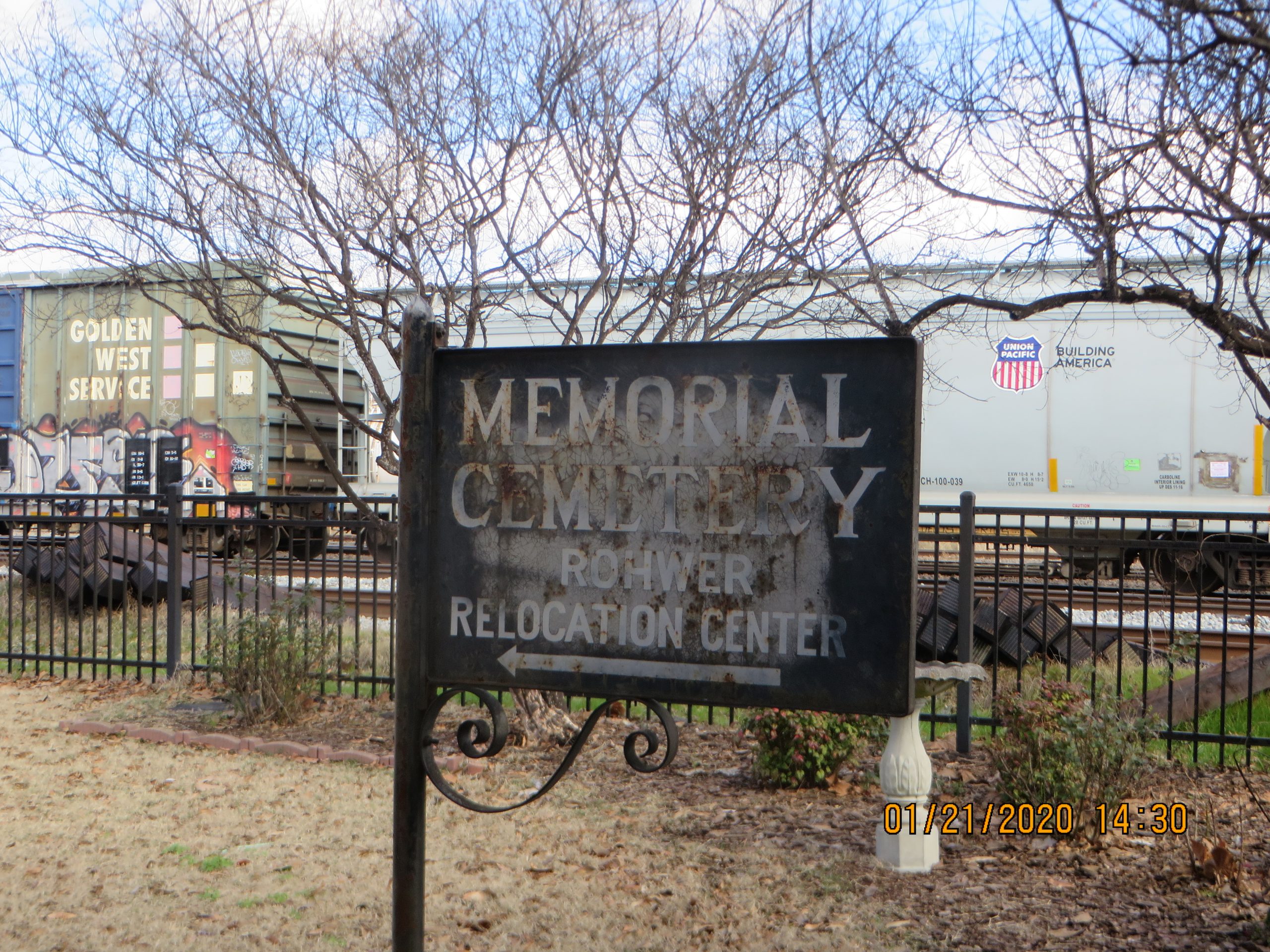 On February 19, 1942, seventy four days after the attack on Pearl Harbor, President Franklin Roosevelt signed the executive order that sent over 110,000 people of Japanese descent to the camps. This order totally denied Americans the rights guaranteed by the US Constitution and seventy percent of these people were American citizens. The Rohwer camp opened in September of 1942 and Jerome opened in October of that year. The camps had electricity, schools, laundries, medical clinics, and plenty of good food. But they also had high fences and guard towers with guns pointed inward. In many ways, the people in the camps had it better than the destitute black and white sharecroppers in the area, with the obvious difference being that poor natives at least had their freedom. It was said that many of the poor area children thought that the fences and guards were there to keep the locals out. 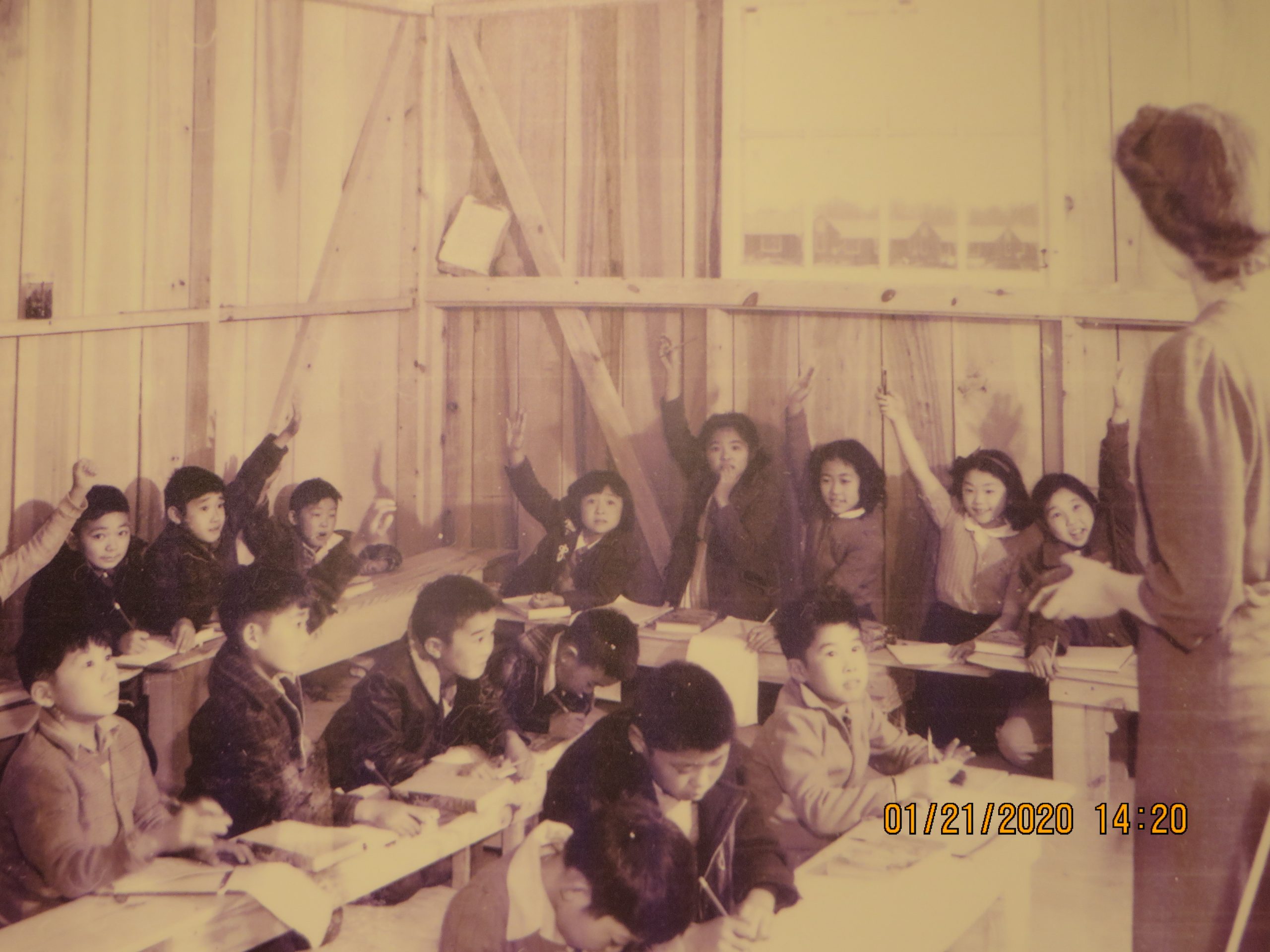 School day in one of the internment camps. 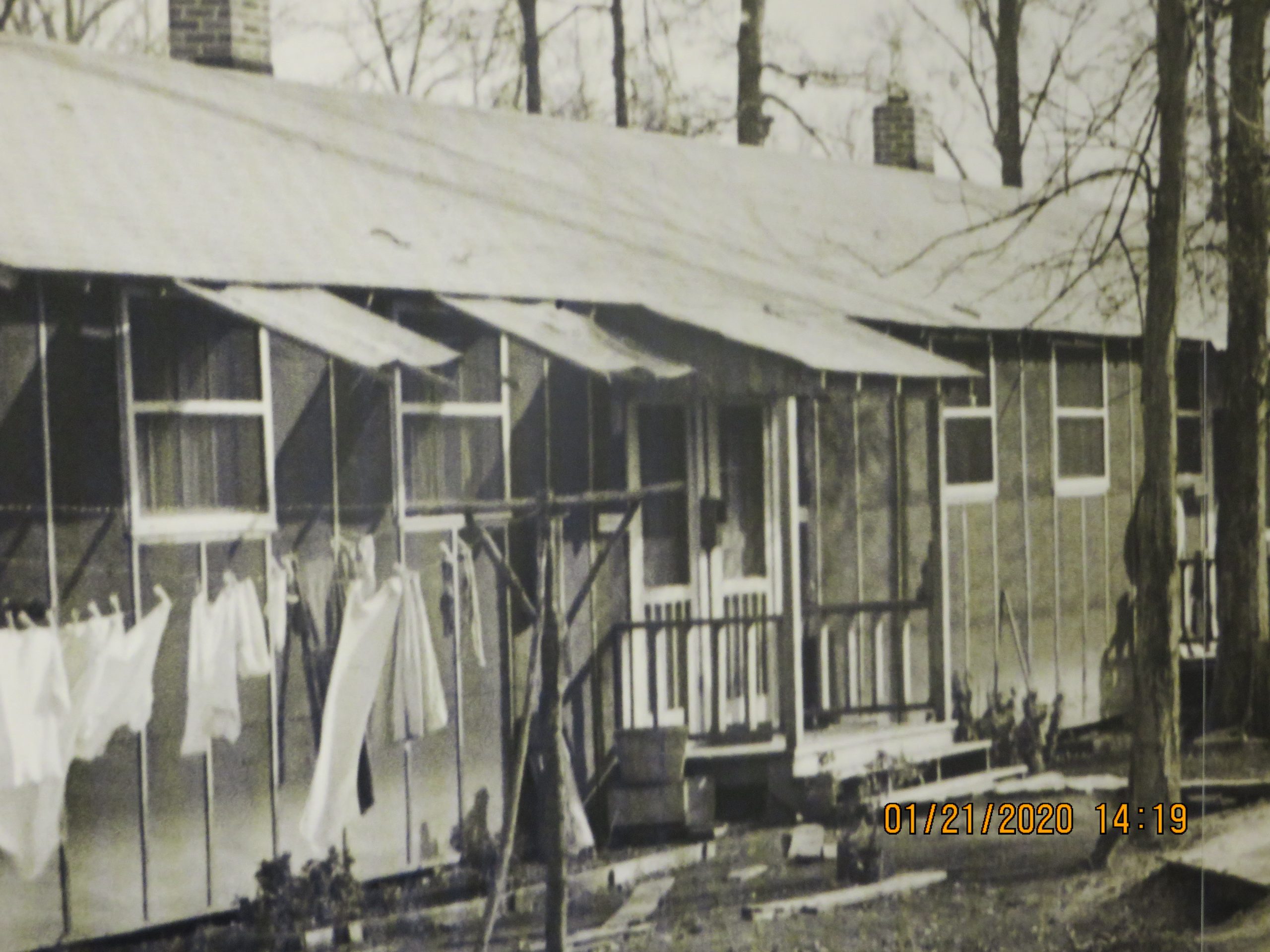 The barracks were divided to give families their space, but there were no kitchens or bathrooms. There was only a communal latrine and a communal kitchen.

It was a ruling by the US Supreme Court that stated that loyal Americans could not be kept from returning to their homes. Jerome closed in June of 1944, but Rohwer was the last to close at the end of November 1945. The War Department lifted the ban on Japanese aliens, so arrangements began to be made to close the camps and let the people return to their homes. Unfortunately, they had been forced to leave in a hurry and many folks had abandoned their belongings, so returning home was easier said than done. Below is a picture of temporary housing that awaited many of the people from the camps when they went back to the West coast. 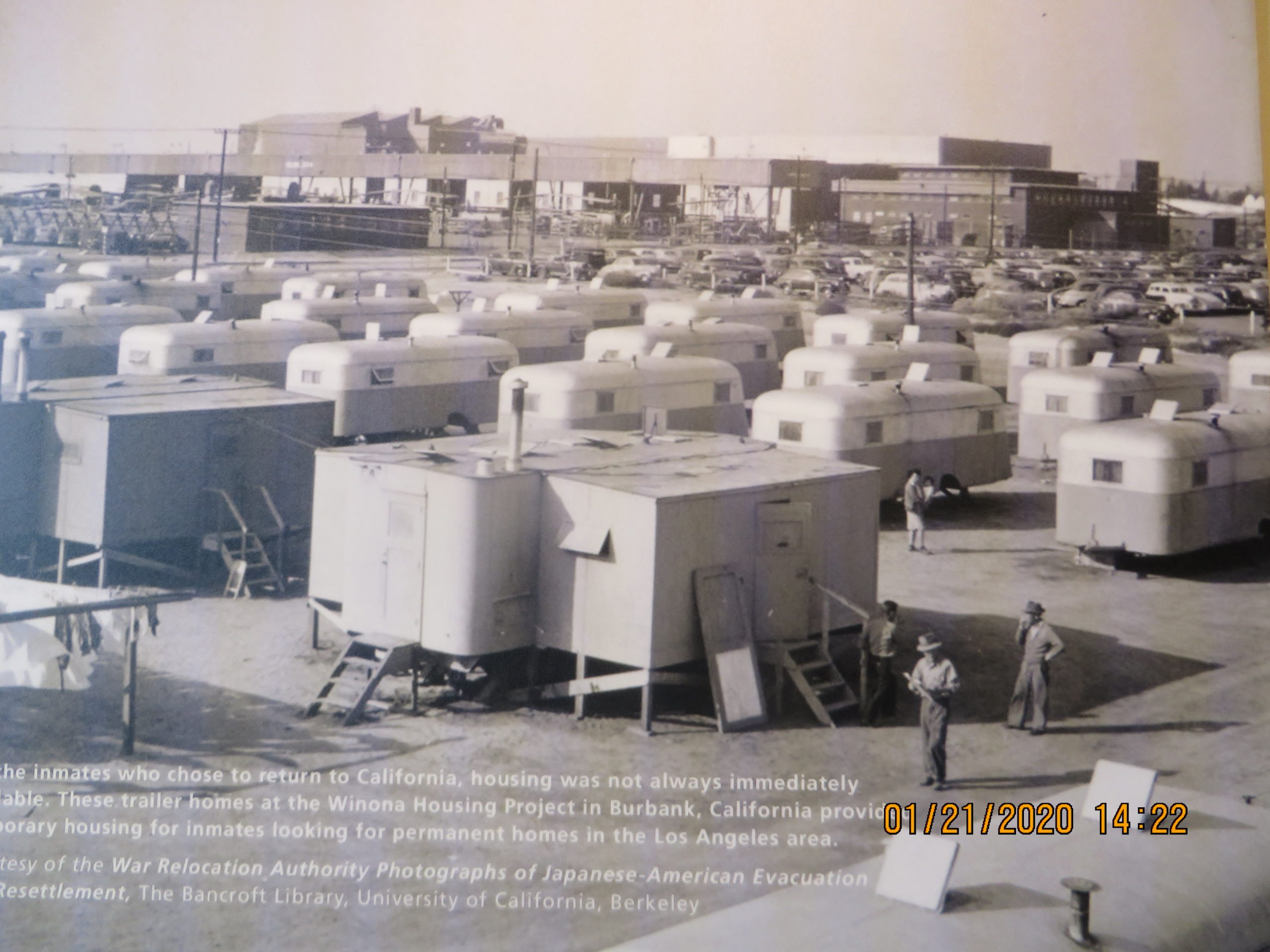 When released from the camps, many of the people said that they felt ashamed and embarrassed although they had done nothing wrong. They found it very difficult to reclaim their former lives. Finally, in August of 1988, President Ronald Reagan signed the Civil Liberties Act which apologized for the internment and granted $20,000 to each person who was sent to a camp and was still living. Even though that was little compensation, it was a very necessary step in moving past the terrible mistake our government made. It is interesting to read the words of Ray Johnson, the Project Director at Rohwer Relocation Center, so I will share his thoughts here. “I was very agreeably surprised throughout the life of the center at the excellent conduct of practically all of the evacuees. I do not believe that any other similar-sized segment of our population would have behaved themselves as well under similar circumstances. I feel that a group of average Americans, under similar conditions, would have been continually causing turmoil, strikes, and so on, and that administering such a center would have been unbearable.”

The lady at the museum told us that each year, a group over several hundred people who were children at the camps get together on the anniversary of the museum’s opening. They do not remember each other as children, but they have developed strong friendships from their shared experience. She said that all the speeches are made by the attendees and no politician is allowed to speak. They believe that the event should be all about the people, not about the government. After all these people have been through, I agree that there is no reason to subject them to any pontificating politicians.