I’m just spitballing here, but I fear this coronavirus thing is going to get alot worse before it gets better. If you have a yen for a little Chinese culture, you might want to take a short roadtrip to Magnolia Plantation and Gardens in Charleston. That could be as close as you are going to get to the People’s Republic for a while. But hurry. This phenomenal attraction closes on March 15.

The centuries old Chinese Lantern Festival tradition dates back to the Han Dynasty. The magnificent production on display in Charleston was assembled by designers, engineers, and artisans from Zigong, Sichuan, China, which is considered the “Lantern City in China.” This is the first time a Lantern Festival has been staged in a public garden in North America. Over thirty Chinese citizens journeyed to Charleston on what turned out to be quite a cultural exchange for the Chinese and the Charlestonians alike. It also turned out to be a pretty sweet gig considering the alternative in a place like Wuhan, China, “Coronovirus City in China,” which is about 575 miles from Zigong. The Chinese crew actually took up residence at Magnolia Gardens during the six weeks prior to opening night to build the twenty-three displays that adorn nine acres with beautifully designed and created themed exhibits. When these people will get to go home is obviously unclear at this point, but they will begin packing up the exhibit mid-March. I won’t go on and on about the show. You can read all about it on the Magnolia Plantation and Gardens website, or better yet, go see it for yourself. I hope the photos motivate you to head to Charleston. It really is a sight to behold. 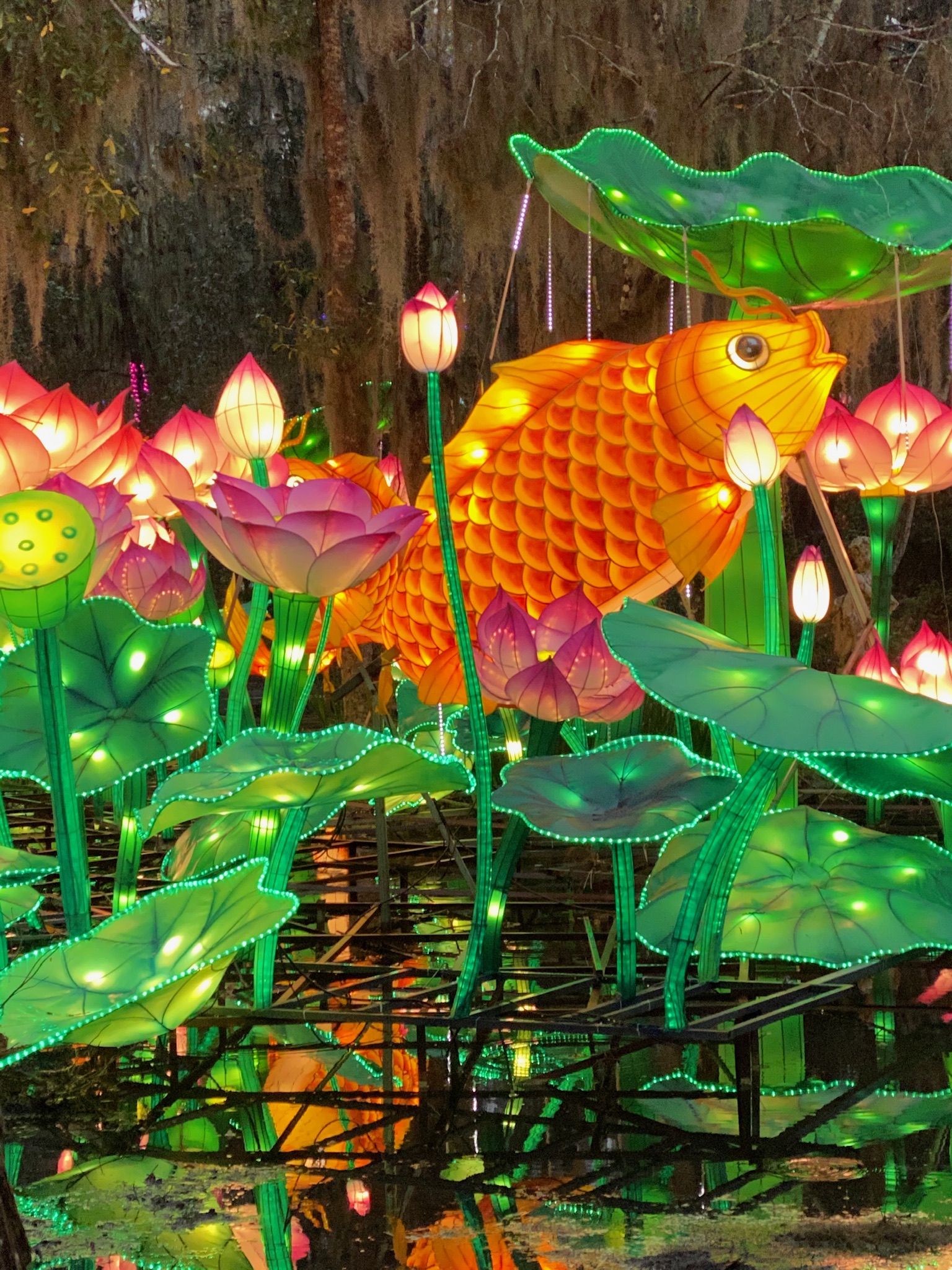 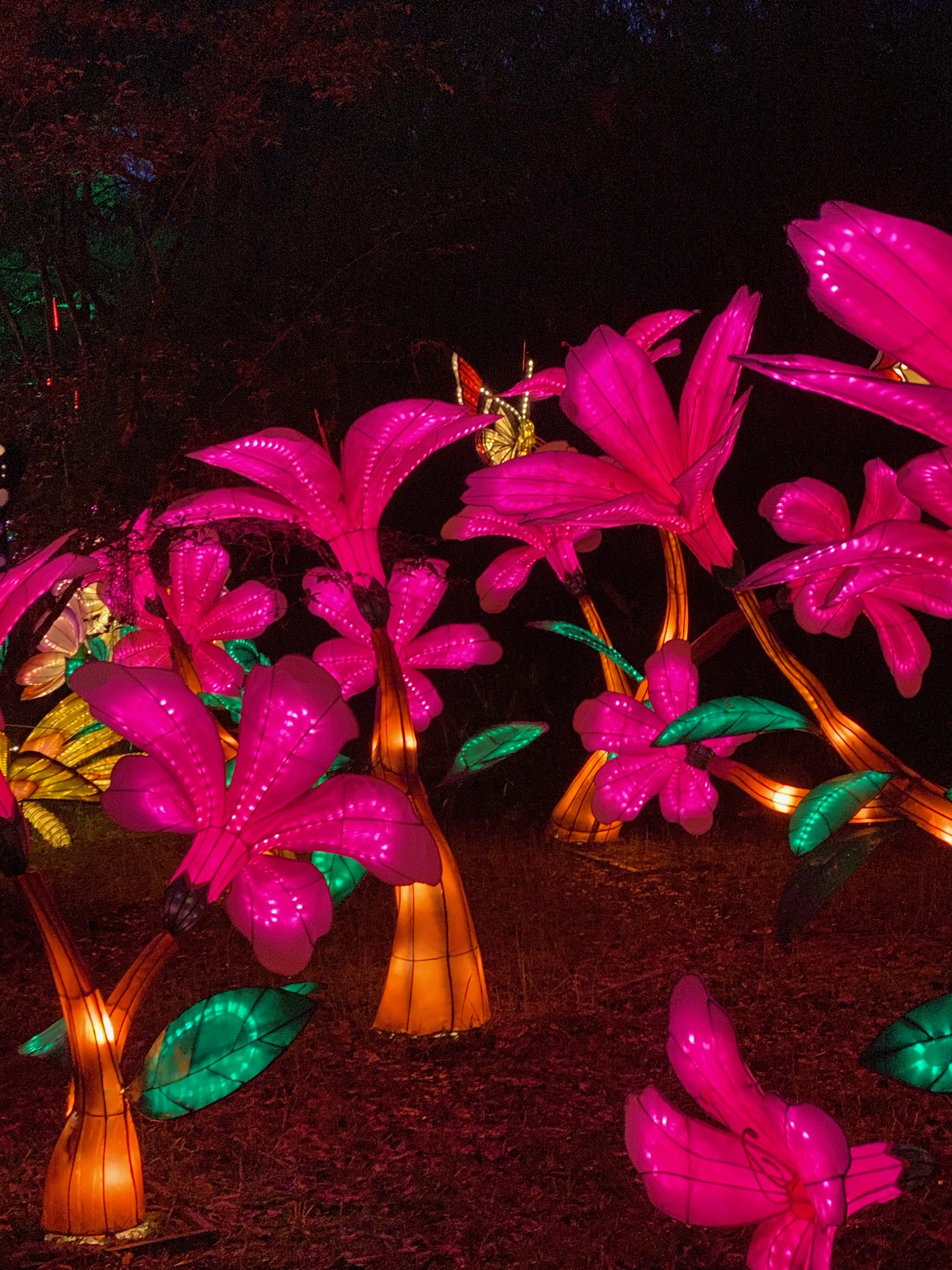 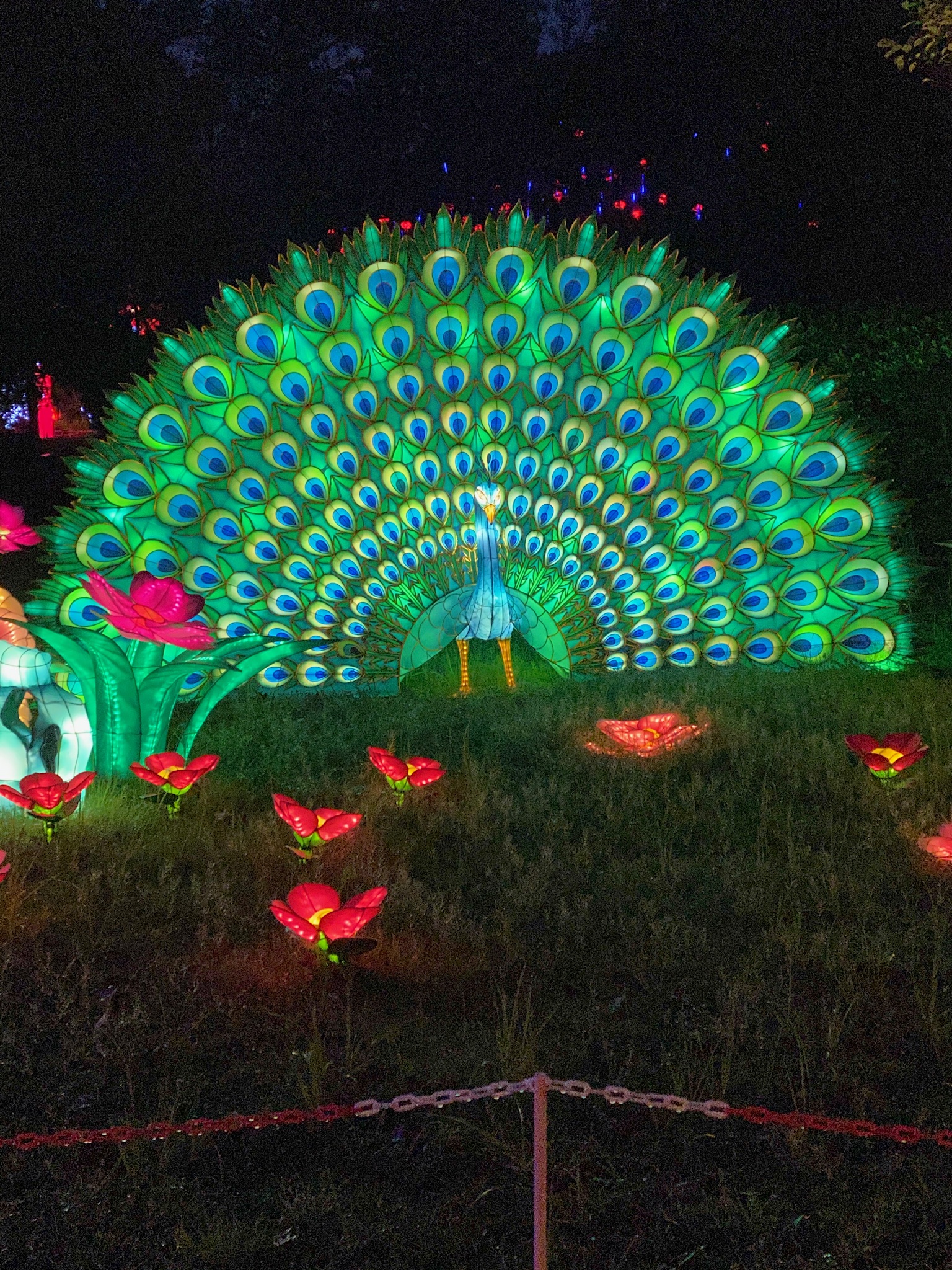 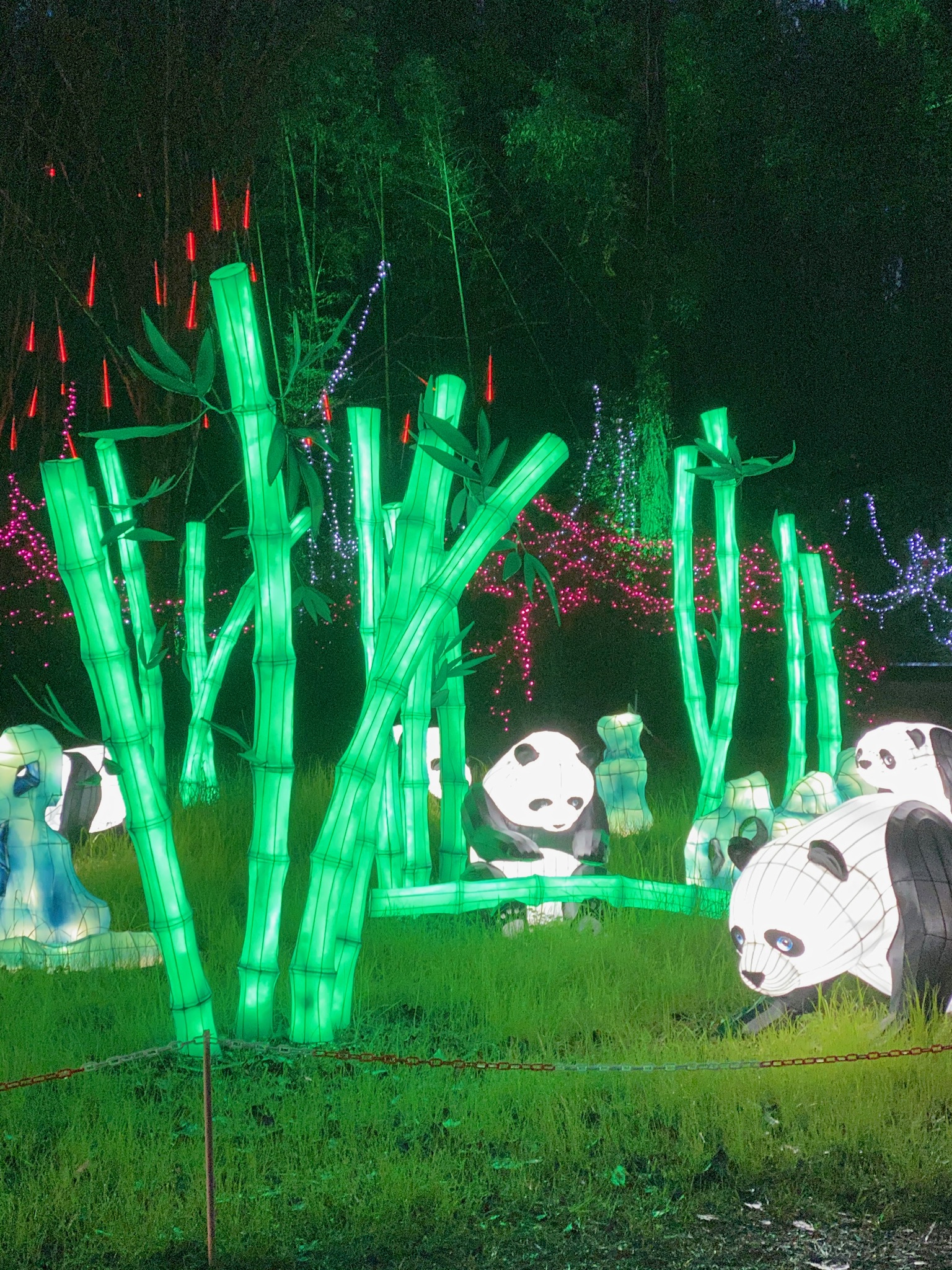 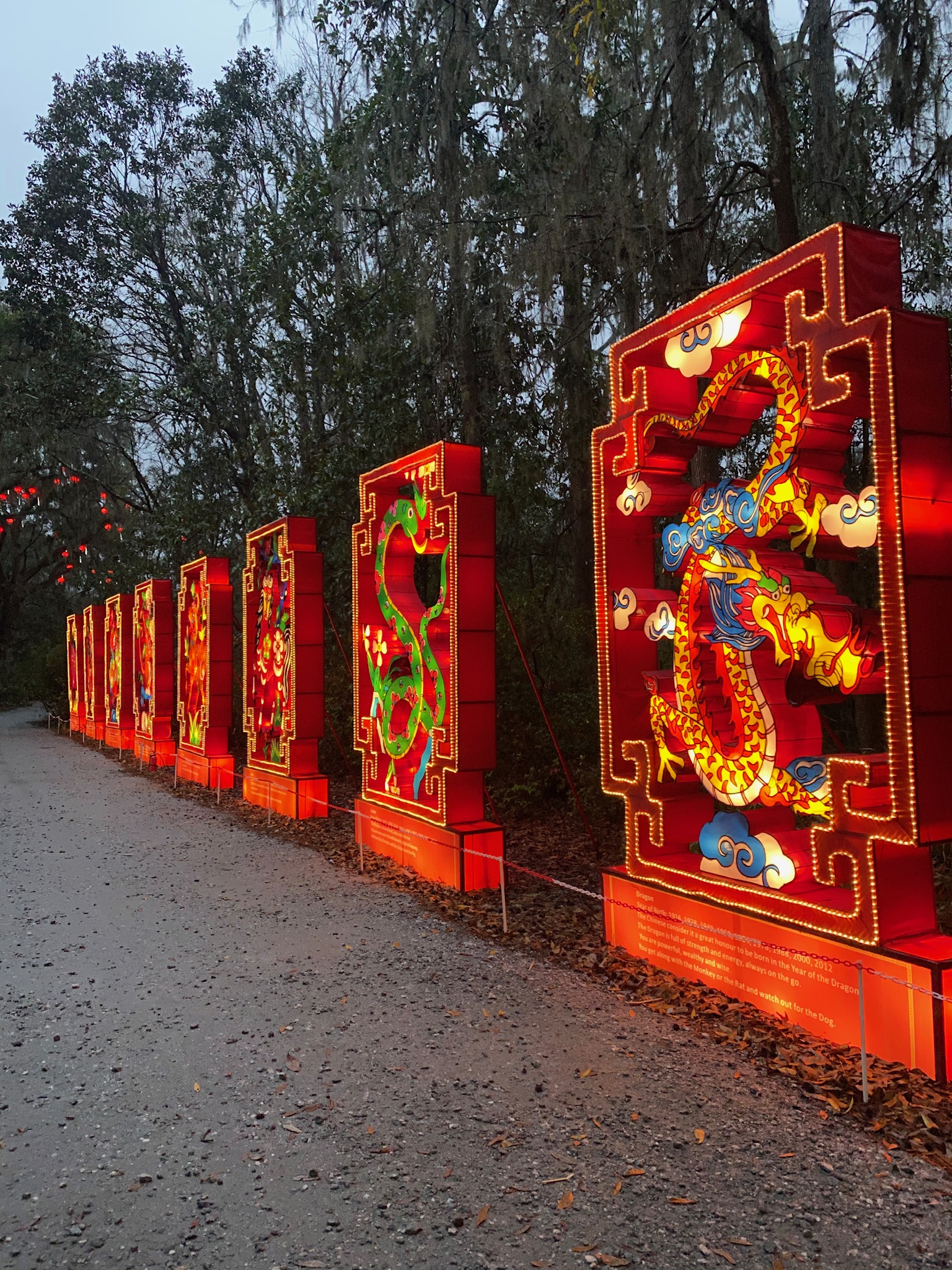 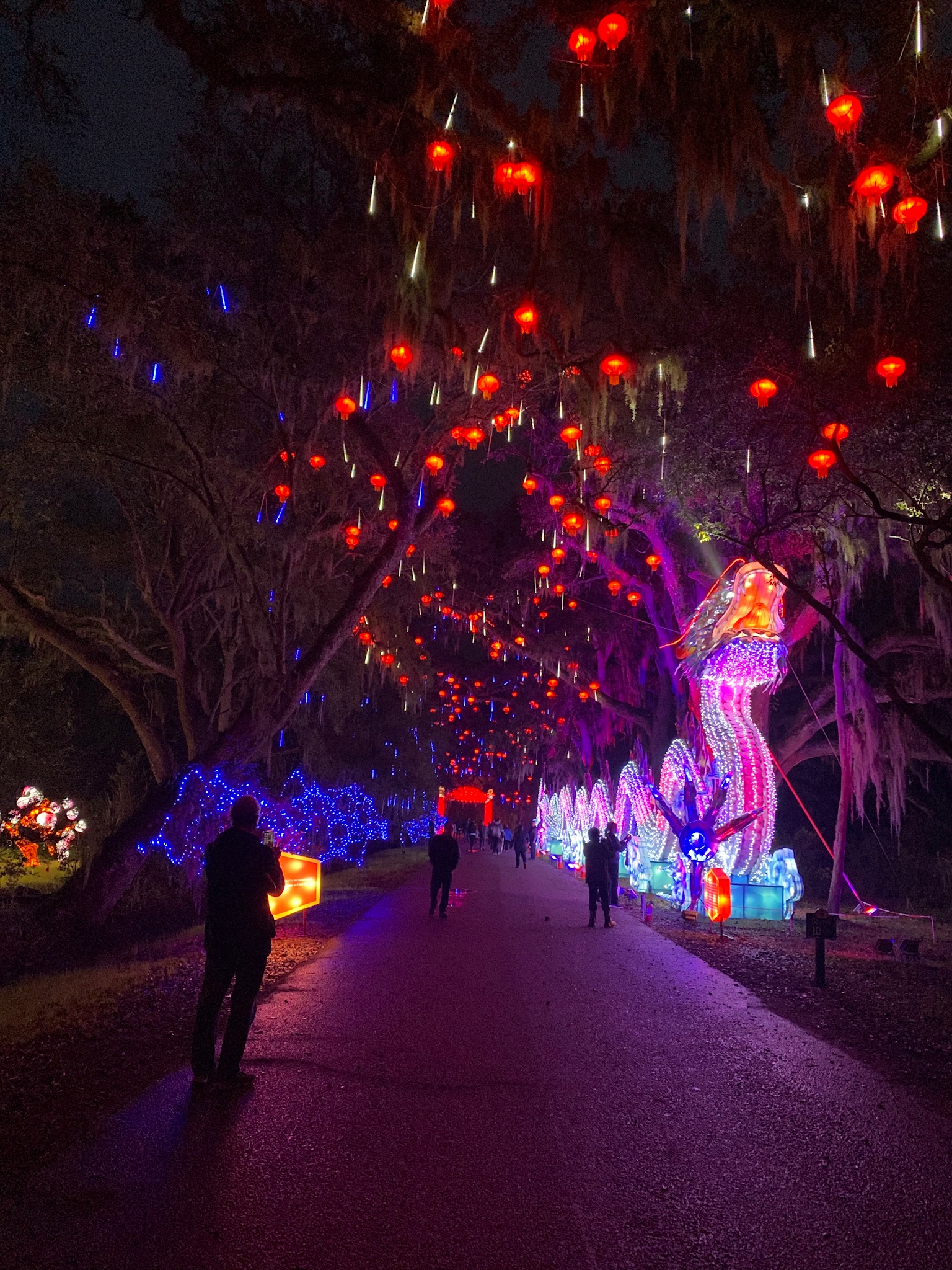 The dragon is the piece de resistance. Over 26,000 pieces of porcelain dinnerware were used to create the scales and other features of the 200 foot long beast. Below you can see a close-up of the “scales.” 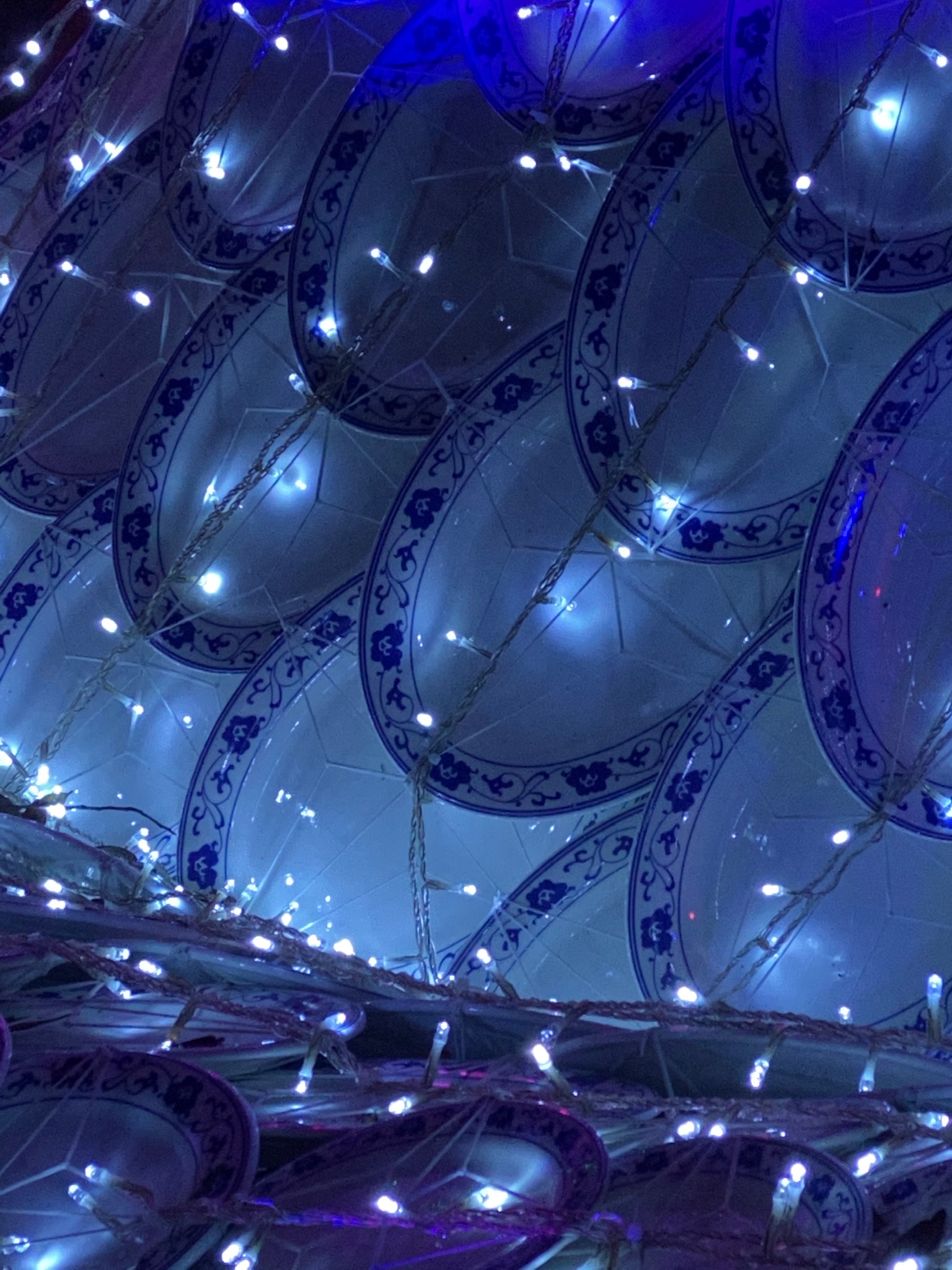 FYI: These photographs were taken with my new iPhone 11 Pro. The cameras on this phone are quite impressive, amirite?