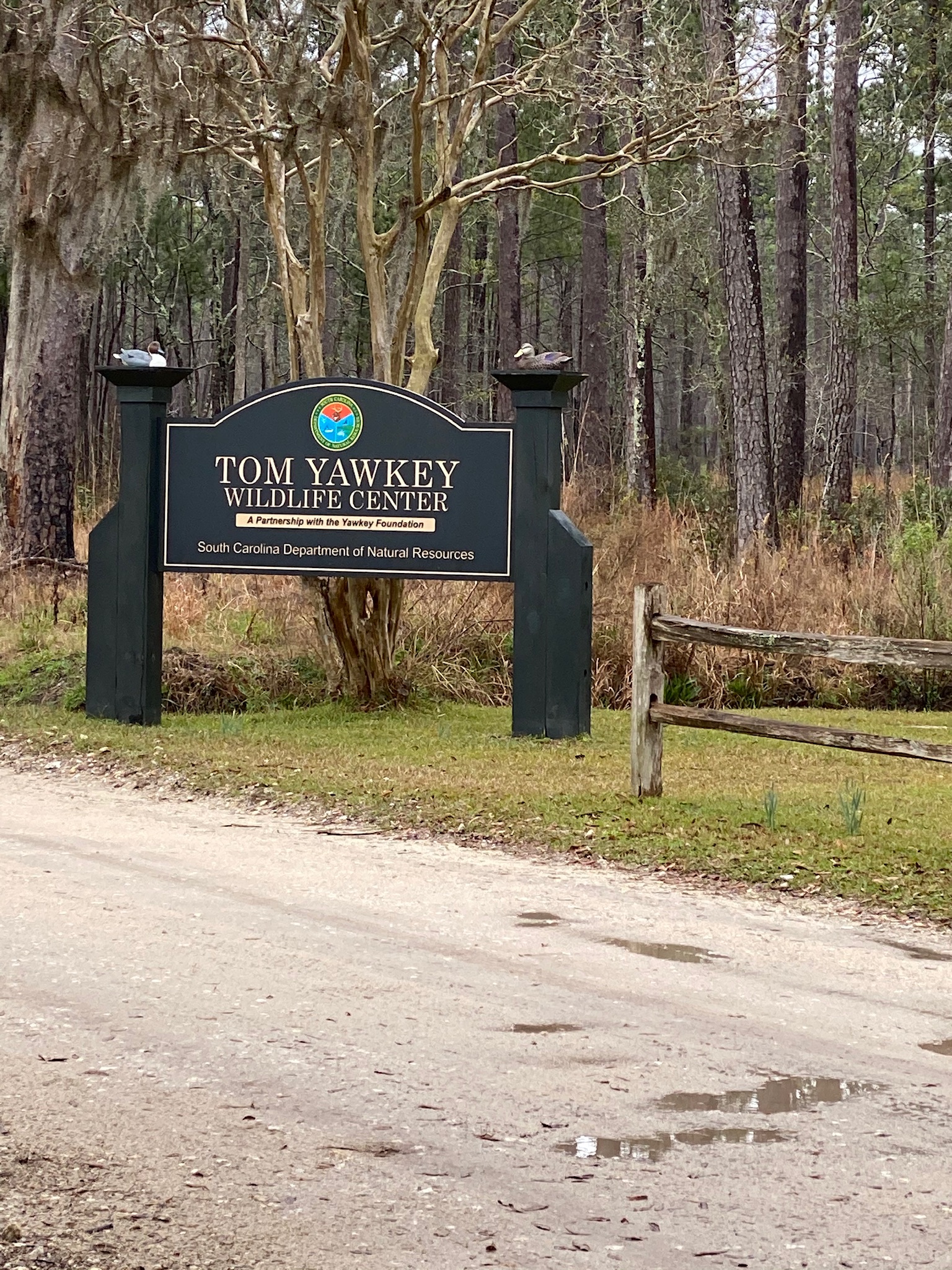 Tom Yawkey is probably best remembered as the long-time owner of the Boston Red Sox, but in these parts, his name is synonymous with wildlife conservation and philanthropy. Although he was born in Detroit, educated at Yale, and lived his life in the Northeast, his heart was on the coast of South Carolina. Along with his first wife, Elise, and then later with his second wife, Jean, he spent his winters on a barrier island. Yawkey inherited the land along the coast in Georgetown County when his uncle died. He added to his holdings and upon his death in 1976, he left the state of South Carolina over 20,000 acres of barrier islands. But there were strings attached to this enormous gift. It is widely viewed as one of the most outstanding gifts to wildlife conservation in North America, but his will stipulates that the islands be managed as they were on his watch. Through a unique arrangement, the property known as the Tom Yawkey Wildlife Center Heritage Preserve is managed by the SC Department of Natural Resources (DNR). Once a month, as they have since Yawkey’s death, DNR sends a bill for expenditures to the Yawkey Foundation in Boston. The foundation cuts a check to the state of South Carolina from the trust fund initially set up with $10,000,000 by Mr. Yawkey. The Yawkey Foundations are administered not from a tony Back Bay or Beacon Hill office as one might imagine. The office is about twenty miles outside of Boston in a strip shopping center. Keeping it simple, much like the man who started it all.

First and foremost, Tom Yawkey was a conservationist at heart. He was an avid outdoorsman and loved bird-watching. He was a self-taught ornithologist and his knowledge was widely respected. Although originally used for hunting, the land gradually became known as a refuge and it was Yawkey’s wish that the barrier islands be used for wildlife management, education, and research. Our time there was part of the fulfillment of the education mandate. The center sponsors free tours each week and the subject of the tours vary. They offer photography tours, cemetery tours, history tours, and even tours for artists wishing to paint where Andrew Wyeth once painted.

For decades, Mr. Yawkey managed the land as a game preserve primarily for waterfowl. Yawkey understood that if the habitats were more diverse, he could attract more varieties of birds to the area. He spent a great deal of time and money making the necessary changes to areas of the property to create hospitable habitats. Even before the state took over management of the property, it had earned the reputation as one of the most outstanding refuges for waterfowl on the Atlantic Flyway. 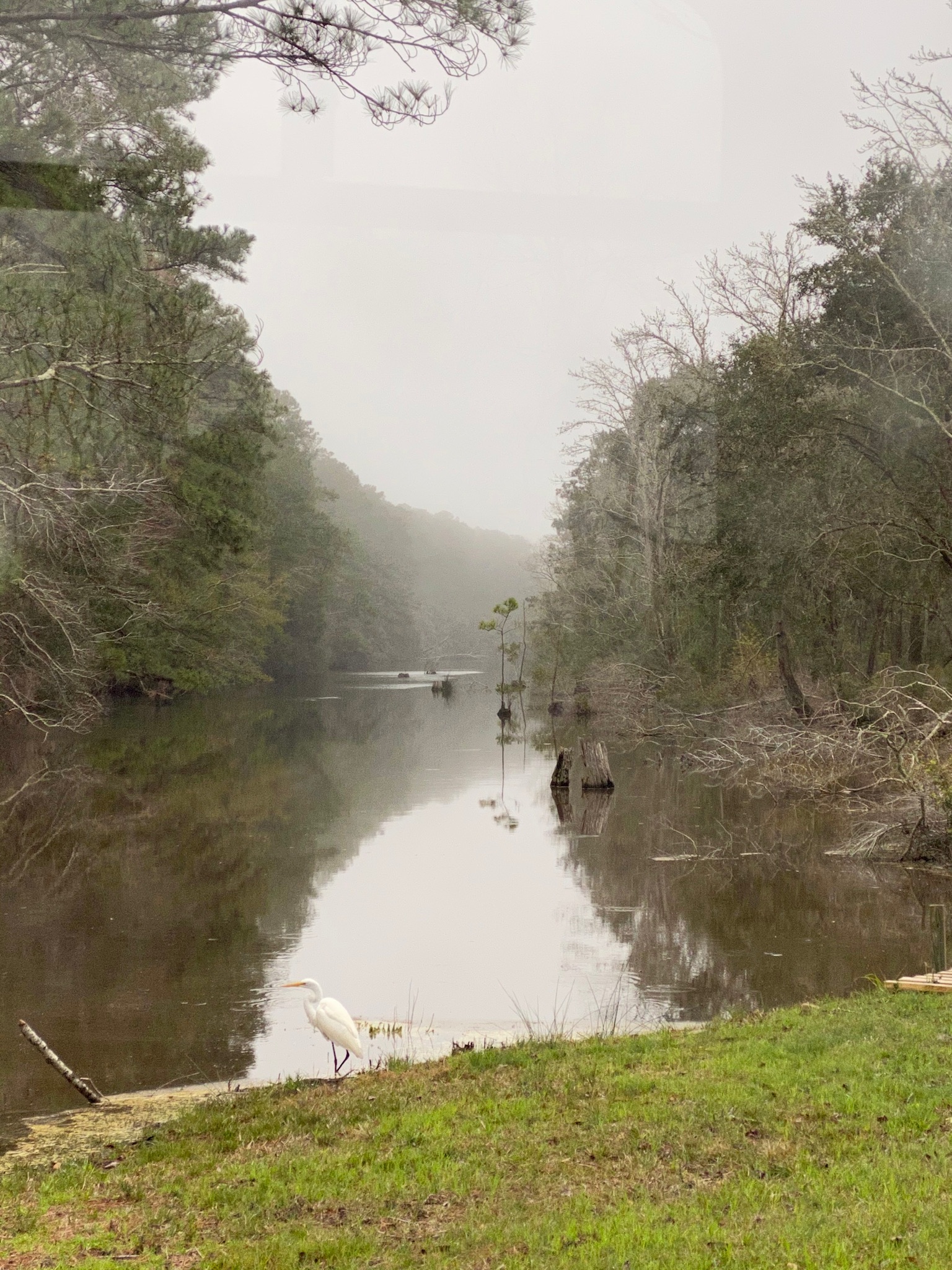 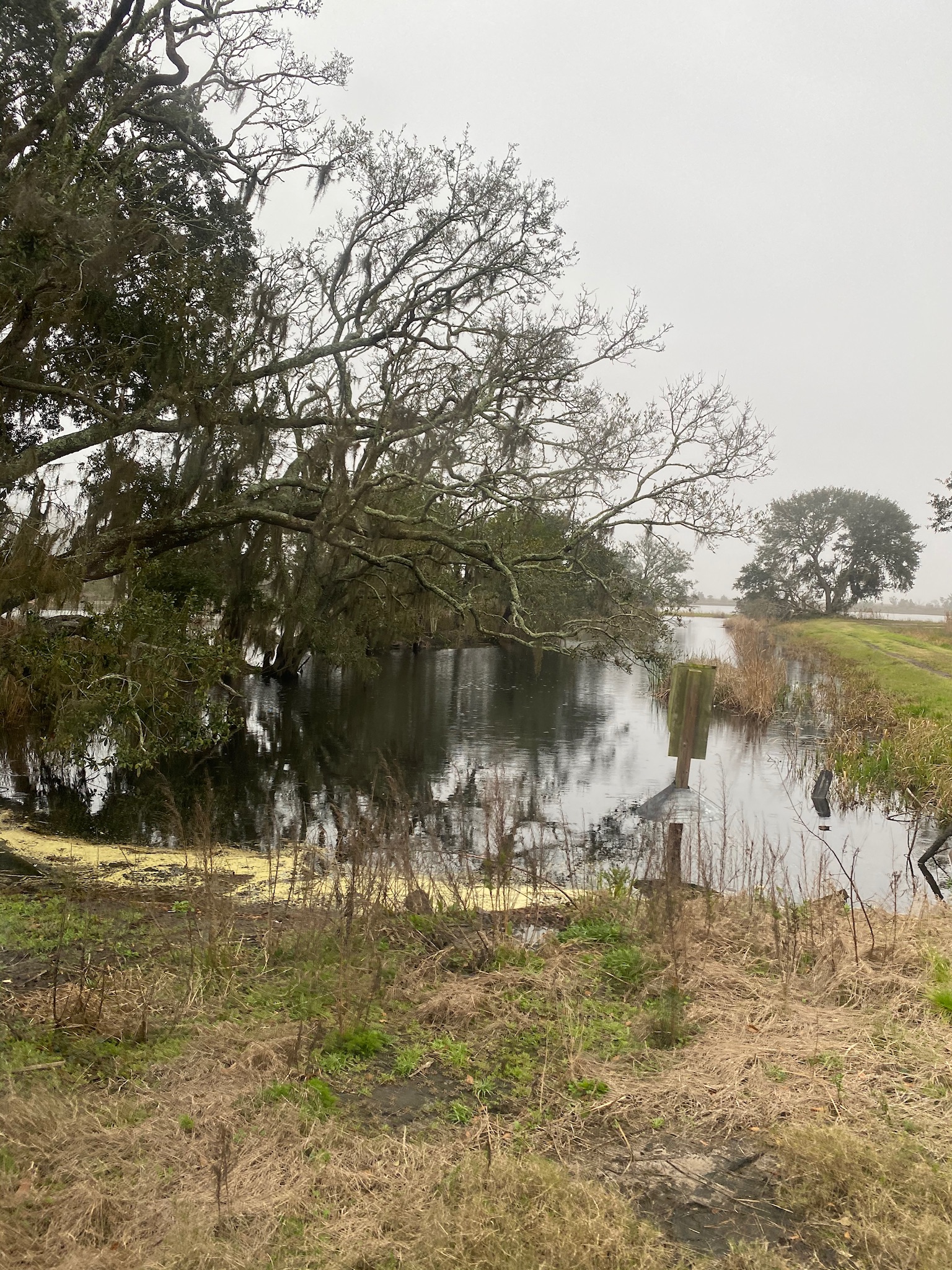 Access to the property is strictly limited and controlled, so with no threat from humans, the property is essentially a massive research laboratory. There are sixty-six miles of beautiful and pristine beach and large numbers of loggerhead turtles avail themselves to the undisturbed shoreline for nesting. Last year, one thousand loggerheads made nests on the beaches of Yawkey and the center employed two people full time to manage the turtle nests during the season. More than two hundred species of birds drop in from time to time during migration. There are seventeen colonies of Red-cockaded Woodpeckers in the pines of Yawkey. Wildlife such as deer, possums, and raccoons roam the preserve with no fear of human predators, and there is even an extremely rare plant species, Stachys caroliniana (Carolina hedge-nettle), that flourishes at Yawkey Wildlife Center. One of the islands is named Cat Island because of the abundant bobcat population there. Alligators have made themselves quite at home in and around the ponds on the islands.

Over the arc of history, there has been more of a footprint by humans on these islands than there is today. At one time in recent history, about fifty people inhabited the islands and the land was utilized in various ways. There was a time when cattle farming was important to the area. At another time, the land was used for cultivating rice. When Tom Yawkey first came to these barrier islands as a kid, the land was being used for farming as well as being used as a hunt club. (Tom’s Uncle Bill was a member of a hunt club with a bunch of men from Marion, South Carolina.) Tom loved his childhood adventures here and came to love the people of the islands as well as the folks of Georgetown. The feeling was mutual. He sought ways to improve the lives of the locals. When he asked the people on the islands what they would like most, they asked for a chapel; he had it constructed in 1927 and later enlarged it in 1937. When he and Elise came south at the end of the summers, they would bring a huge trunk of wedding gowns from New York. The area brides-to-be would select their gowns, and the Yawkeys would pay for all wedding expenses for any couples tying the knot while the Yawkeys were in South Carolina. When the “powers that be” in the town of Georgetown spoke to Yawkey about making a donation to help establish a hospital, he jumped on board and donated a massive sum. Then he traveled to the Northeast to convince a surgeon to relocate to Georgetown, agreeing to supplement the doctor’s salary if he would make the move. The Yawkeys started a boys’ home, Tara Hall, and endowed the local cancer center. These are just a few charities that have been on the receiving end of the Yawkey generosity. From 1977 until 2019, the two Yawkey Foundations granted over five hundred million to charities in New England and Georgetown County. The Yawkey Way was “to do things right, do it quietly, and never expect praise for being kind.” 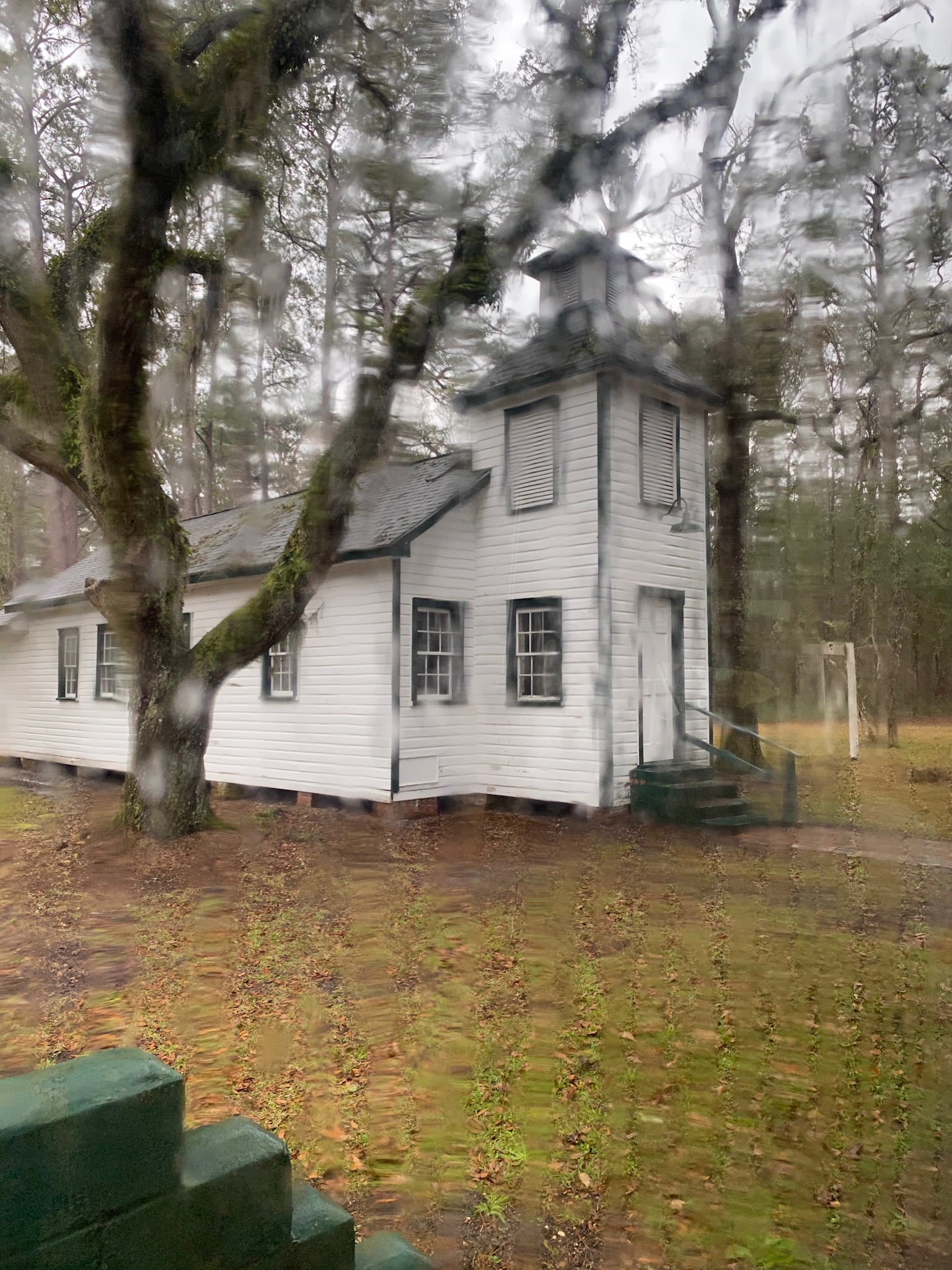 St. James AME church. This is the lovely little chapel built by the Yawkeys for the island residents. Below, note the sweet simplicity of the candles in the chapel windows. 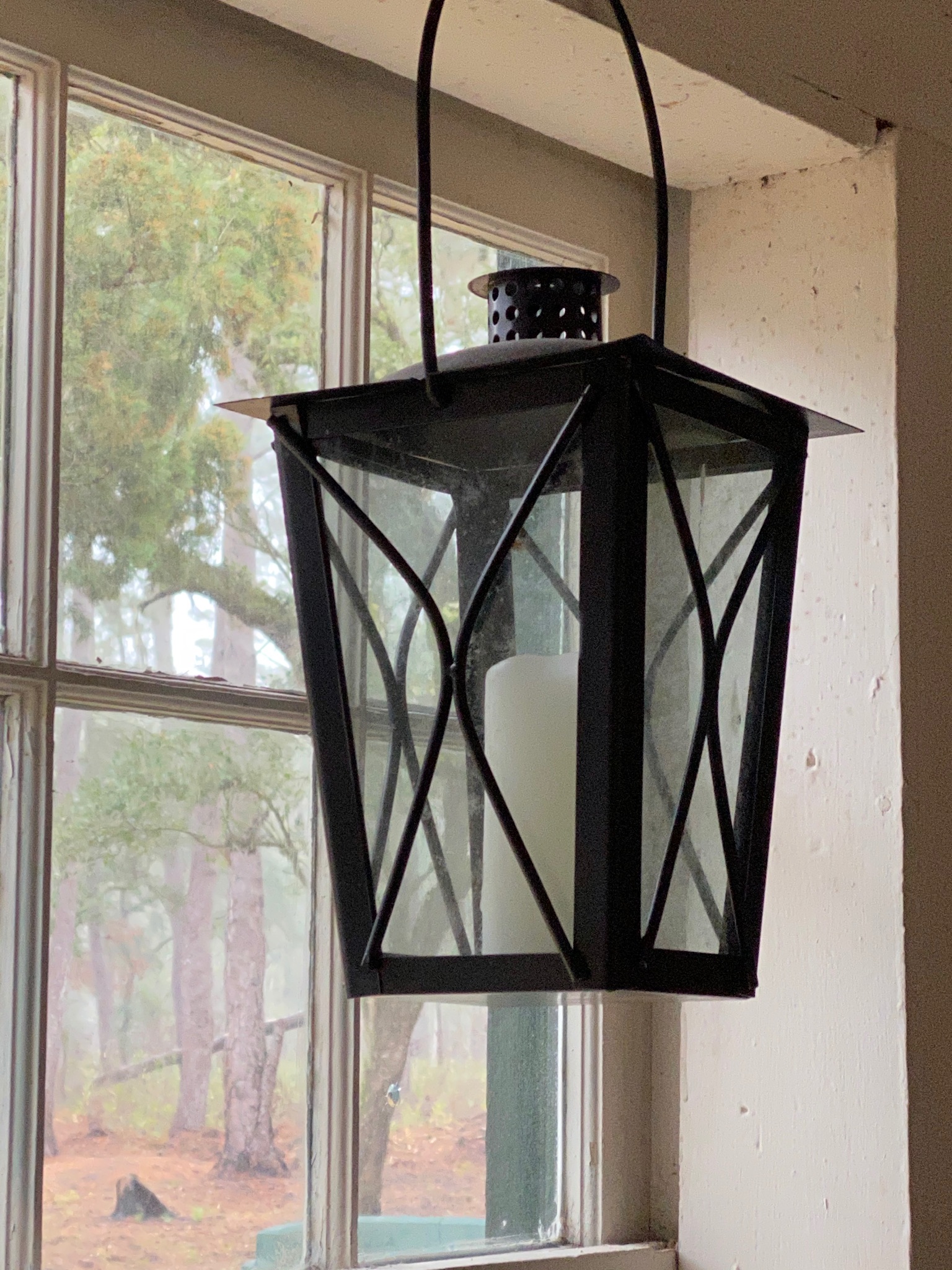 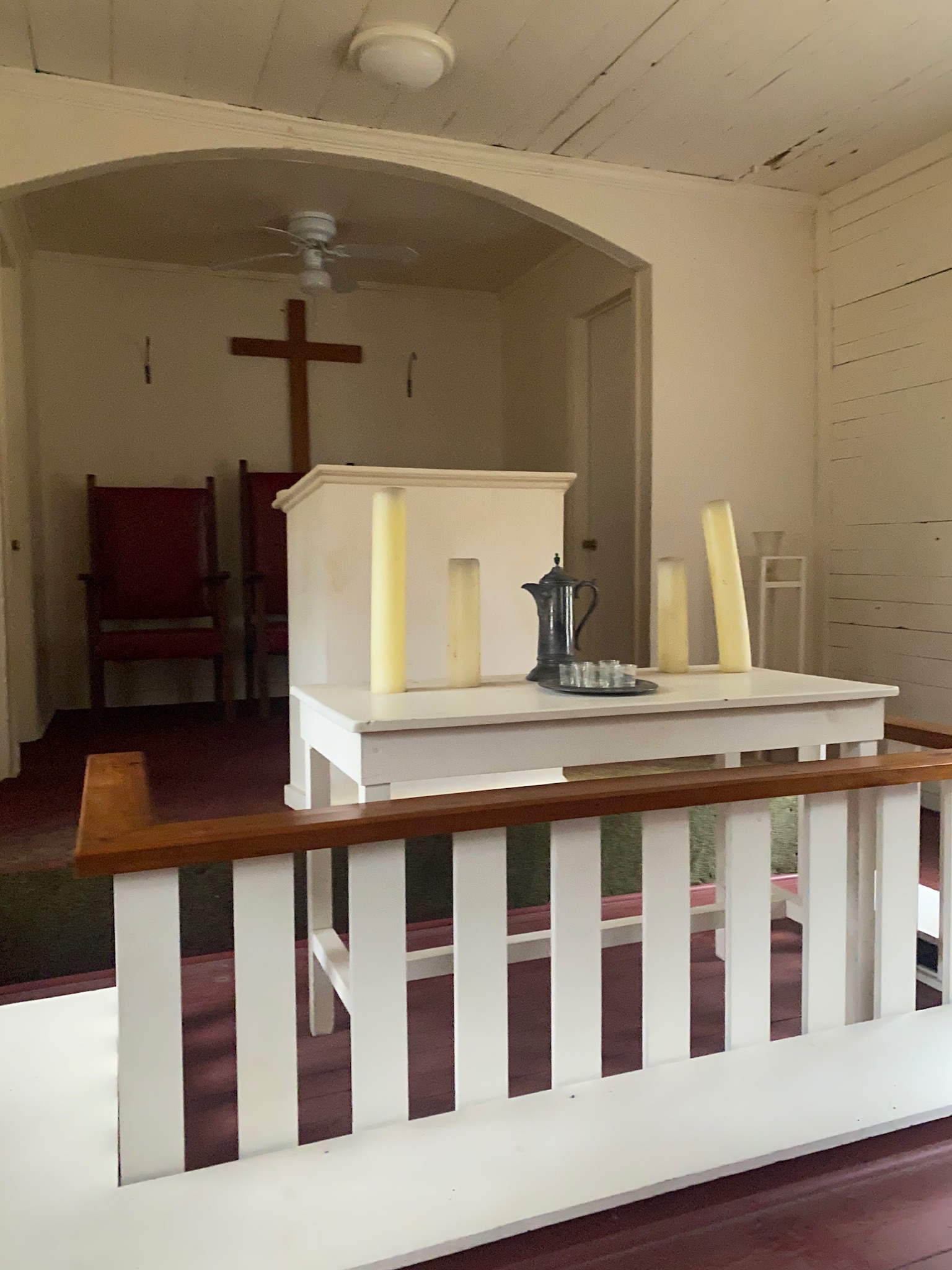 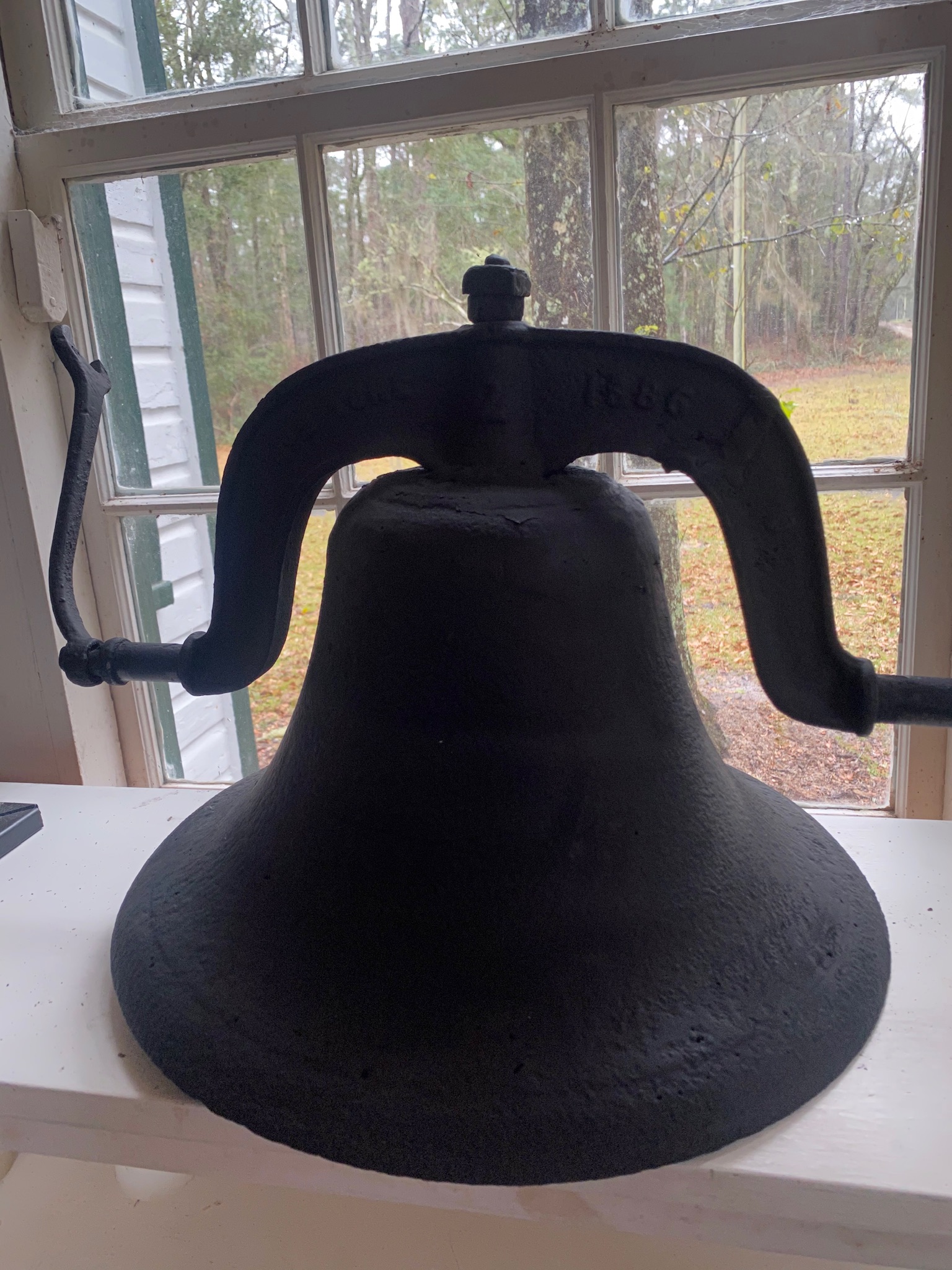 The church bell came down in a hurricane in recent years. Volunteers are working to repair it, get it hung, and get it ready to peal once again.

As always, the “people” aspect of any story is so very fascinating. The Yawkeys lived an unpretentious life on the South Carolina coast for eight to nine months every year. The property manager’s home was much bigger, but Yawkey was happy in the little home built by his beloved Uncle Bill. The home burned to the ground in the 1940s, probably struck by lightning. In order to make do in a pinch, the Yawkeys had a couple of “mobile chateaux” towed from Massachusetts. Tom wanted to rebuild a home much like the one that burned, but Jean fancied something a bit larger and more luxurious. Unable to come to a truce, the couple just joined the two mobile homes and called it home for the remainder of their lives. The Yawkeys also kept it simple with their rides: Tom drove a Willis Jeep and Jean drove a station wagon. 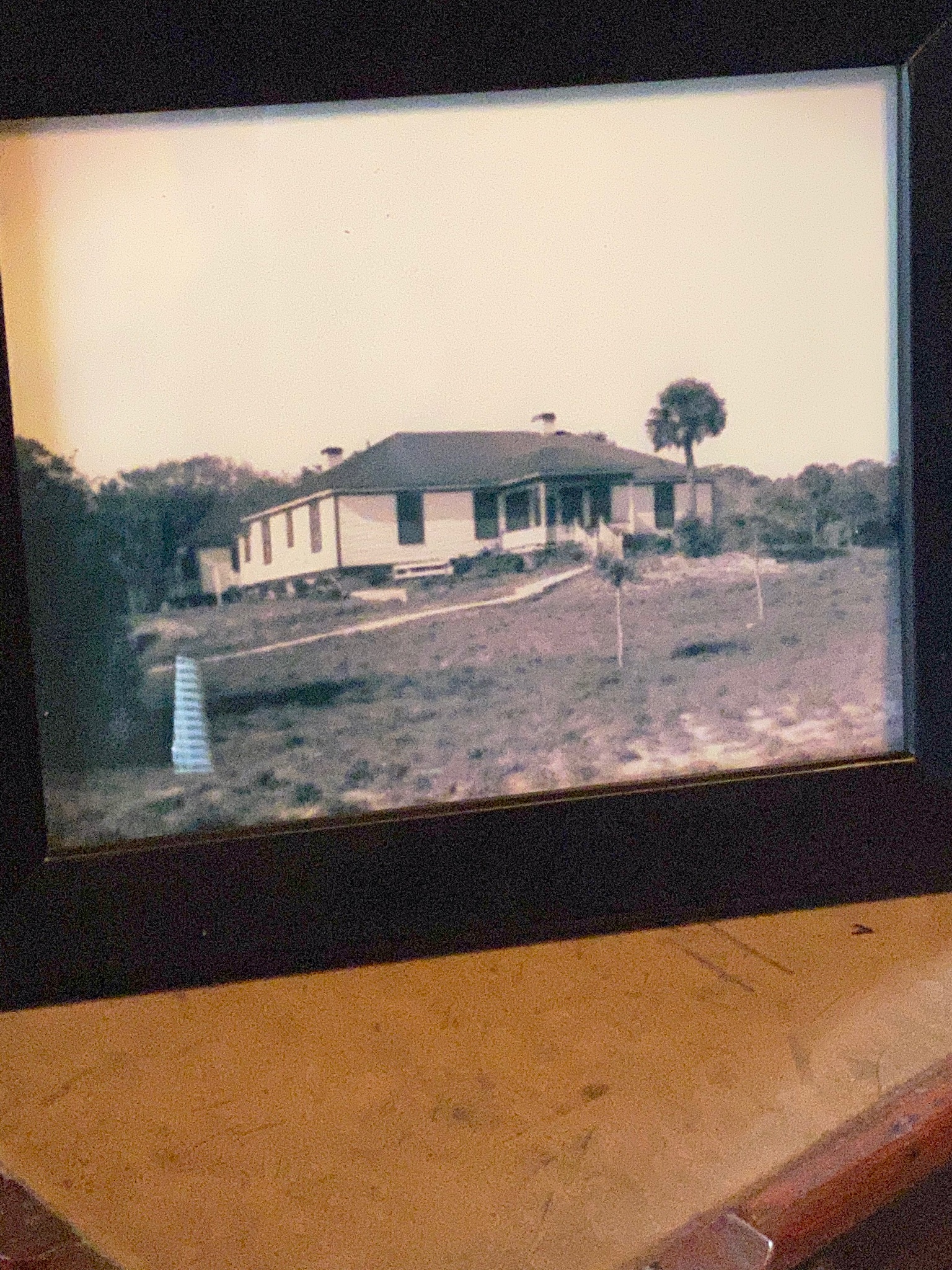 This is a photo of Uncle Bill Yawkey’s home which burned in the 1940s. 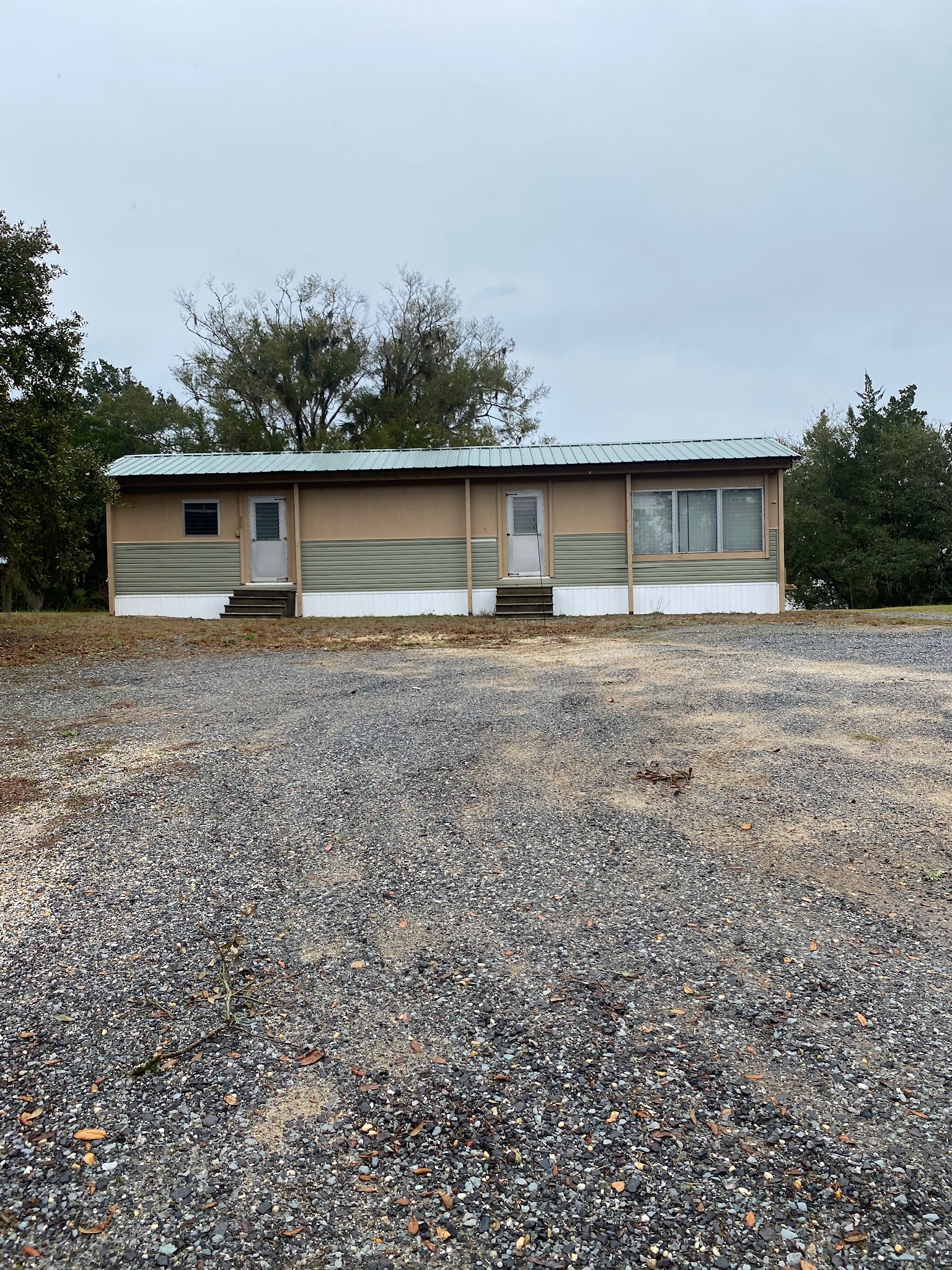 This is the melding of two mobile chateaux where the Yawkeys (who, remember, owned a MLB team) wintered for many years. 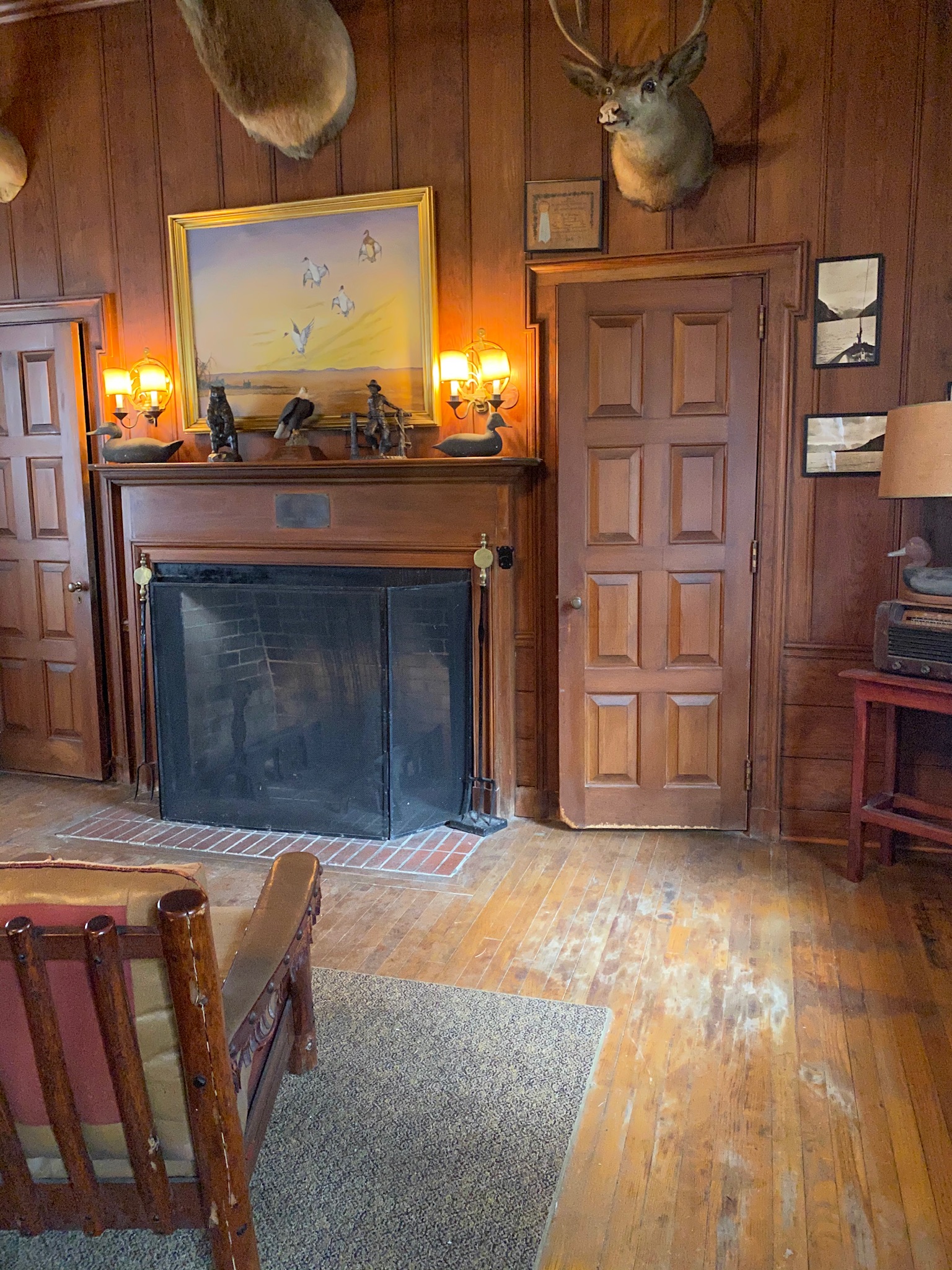 Above and below: Tom’s “playhouse,” just across the yard from the mobile chateau. The portrait below is of Tom’s Uncle Bill. 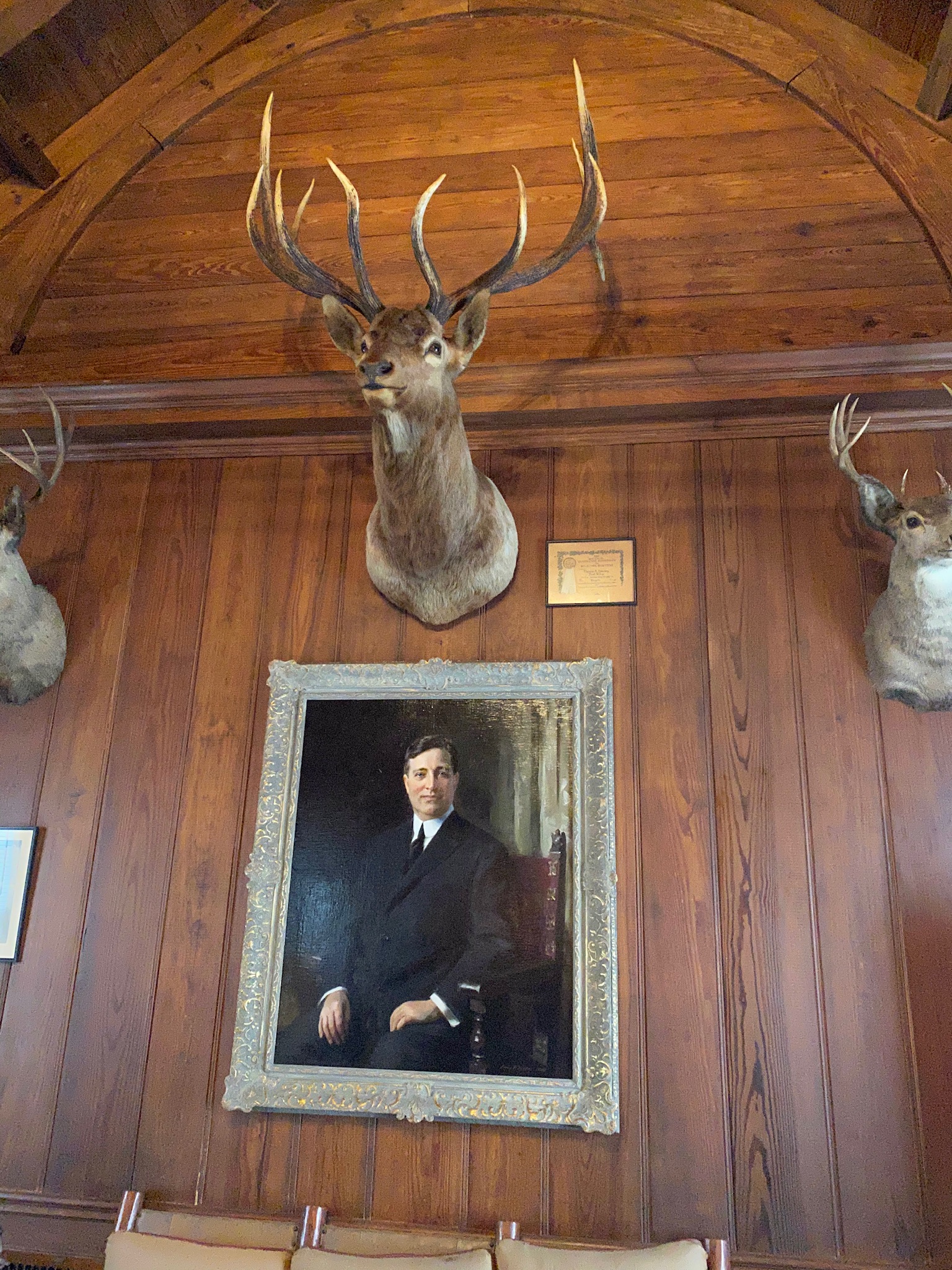 Tom died of leukemia in 1976. Jean survived him by many years and continued to execute their vision for the property. He had done all the necessary work to transfer his gift to the state as seamlessly as possible. You won’t find anyone in this neck of the woods with a harsh word to say about the Yawkeys. Sadly, the same cannot be said about the Boston community. For some reason, it was decided that Yawkey was a racist because the Boston Red Sox was the last team to integrate. Seems that, for whatever reason, the next owner has had lots to say about Yawkey. There is no sense arguing about this although it is easy to counter every charge this crowd makes. The Yawkey Way sign was removed outside Fenway Park and replaced with “Jersey Street.” Weird, but no one in Georgetown County has any problem with a Yawkey Way sign.

One little glitch: it turns out that ”Jersey Street” was to honor the Earl of Jersey. Ironic, but he profited enormously from the British slave trade. Oops! Not a good look.

That may be the Boston Way or the Jersey Way, but it is not the Yawkey Way. 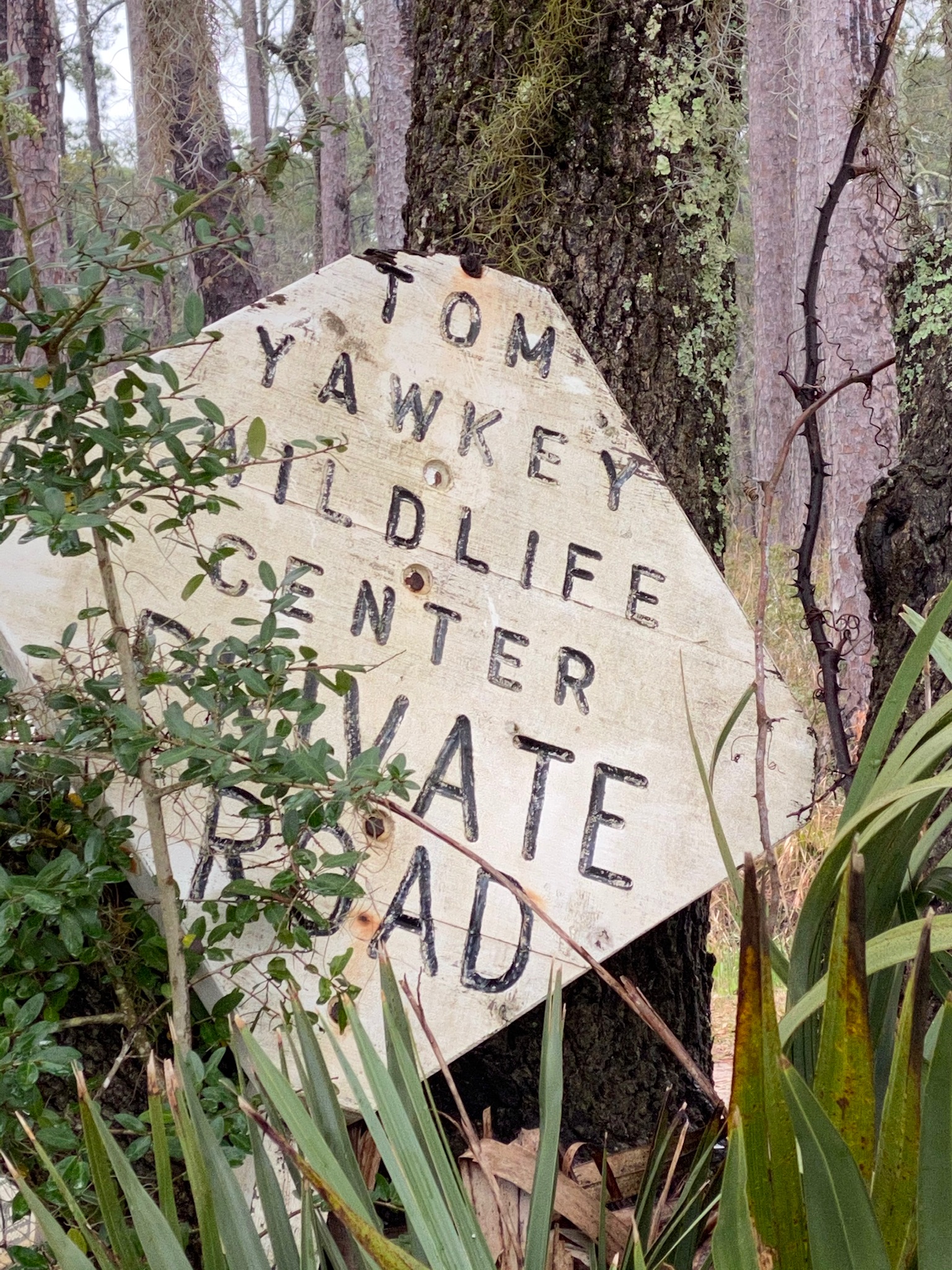