Postcards from a Pandemic II

12 March 2020 – It’s been really nice being away from all the hype about Coronavirus. Nobody mentions it anywhere. It’s just not an issue at the restaurants, bars, and other places we’ve visited; everything is hopping here. The Kiwis are out having fun. I propose Auckland as the control group. We can make graphs and charts and figure out if their lack of panic is better than widespread pandemonium. Or if hyperventilating and screaming helps in the long run. 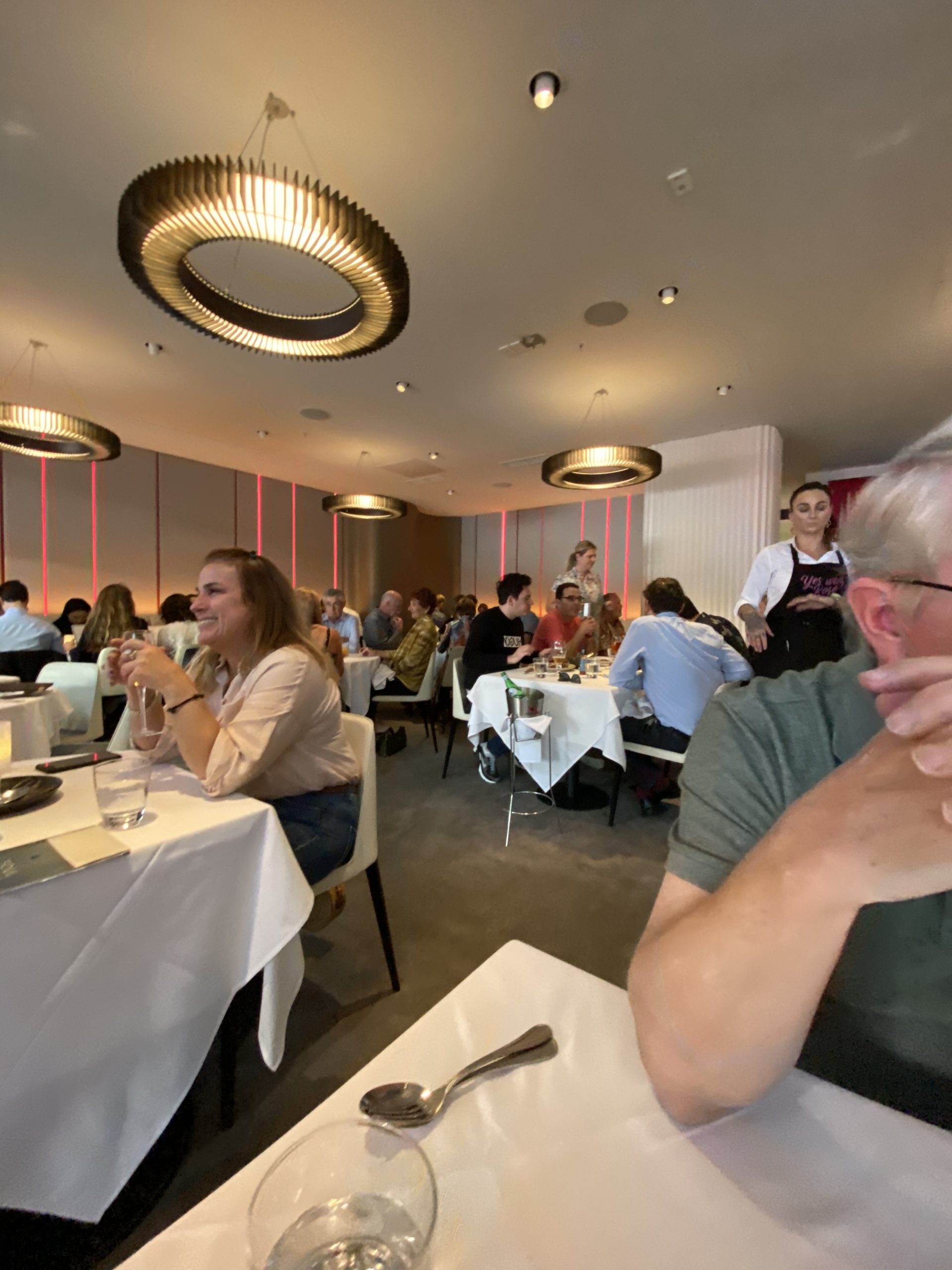 Gotta love the Kiwi spirit. Get on with your life—no worries, mate! Our server said the restaurant has been “slammed.”

But the fear and trepidation began making blips again on our radar today. The Regent Seven Seas Cruises ground crew informed us that tomorrow we will have a medical form to fill out and that someone may be on hand to take our temperatures. Then, I received an email from J. Jill bringing me up to speed on their Covid-19 policy. I thought it was a joke, but as I laughed, I said, “What’s next? An email from Talbot’s?” How wrong I was; the joke was on me. In just a few hours, we had emails solemnly explaining the carefully thought out Covid-19 policies from Brooks Brothers, American Airlines, Boston’s Museum of Fine Arts, Seastreak Ferry (we rode the ferry in Massachusetts this past summer), IGH and Choice Hotels, as well as Capitol One, just to name a few. It is reassuring that they have my best interests first and foremost in their priorities. Help me remember to patronize all of these kind establishments as soon as the world gets out of lockdown.

We heard tonight that President Trump has grounded all airplanes from Europe (except the U.K.) for thirty days.  I hope the ban doesn’t spread to the South Pacific. If so, we will be enjoying this  part of the world much longer than we had anticipated.

STOP THE INSANITY! If you are old and in poor health, stay home. Otherwise, just turn off the idiot box and go out and live your life. 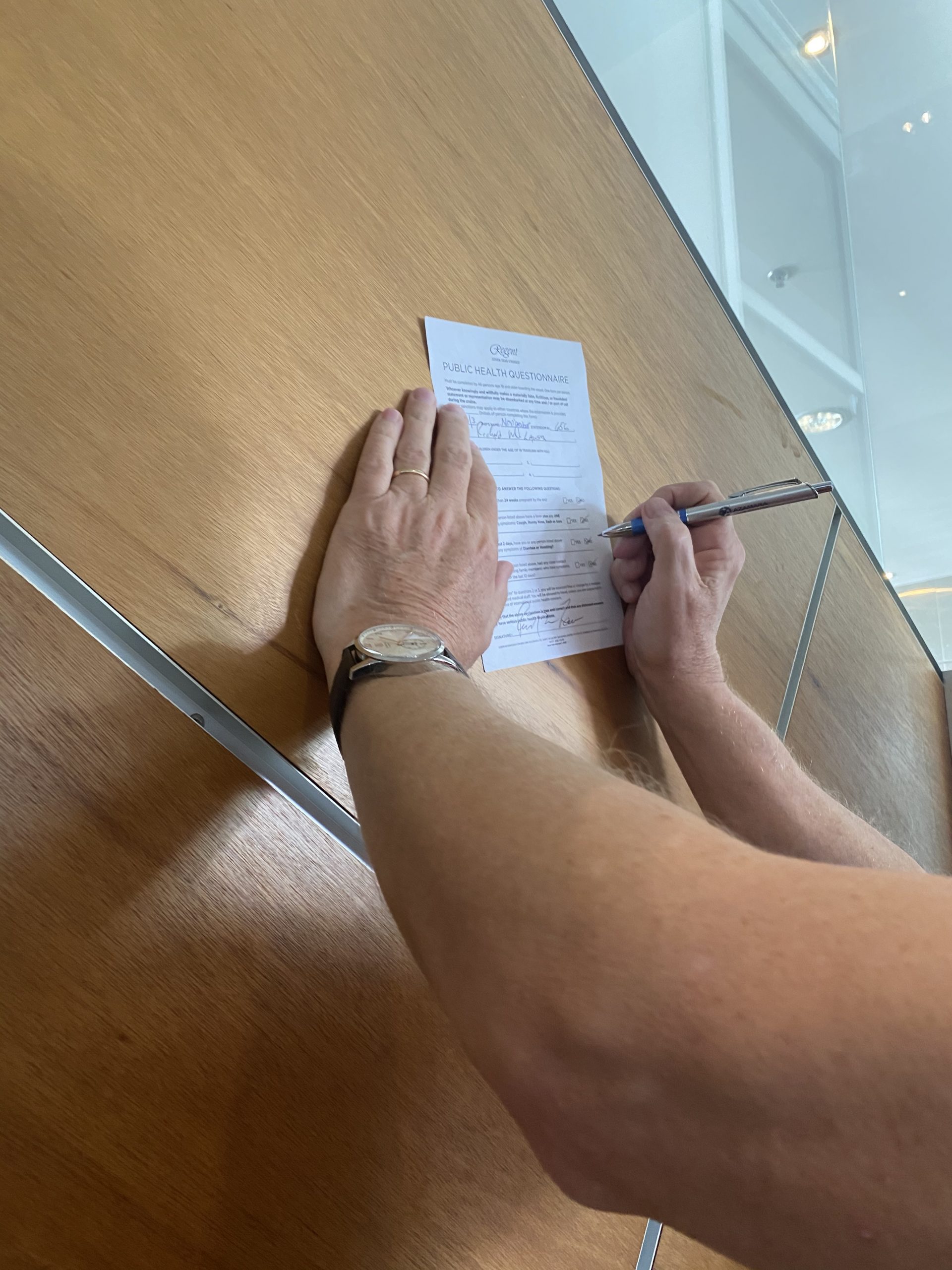 13 March 2020 – Today we embarked Regent Seven Seas Navigator. Check-in was complicated by temperature checks and extra paperwork related to the Coronavirus,  but we happily complied, naively thinking that once we boarded, things would be normal. This was not the case. Once onboard, everyone was shocked to learn that most of our itinerary is scrapped due to restrictions imposed by the governments of the islands we were to visit. French Polynesia is on lockdown and we were to fly home from there at the end of the month. At this point, the cruise line did not have a final revised itinerary because everything was changing so fast. Better hurry up and make a float plan; we were scheduled to push off around 7 PM tonight! Many people were opting to get right back off this ship and head home. I must say that I felt sorry for the staff. This was certainly not their fault and sometimes people take their frustrations out on them unnecessarily.

I took a load of clothes to the self-serve laundry room. Some passengers there told me that the staff is saying that they are going to close those launderettes because of fear of cross contamination between guests. A nice proper British lady told me that the world has gone crazy. She was just ironing her clothes. She said if they were well pressed, no one would know that they were dirty. I agree with her about the world, though not about ironing dirty clothes: the world has indeed lost any semblance of sanity. Meanwhile, the avalanche of emails pouring in detailing the Covid-19 policy of every business has truly gotten out of hand.

We just finished unpacking when the phone rang. Some friends overheard that the new itinerary was for the ship to only sail around New Zealand, making stops around the South Island since all the other ports are closed to cruise ships. Been there, done that. The ship was offering a full credit to passengers who want to disembark today before the ship sails at 7 PM. (My pessimistic husband says it will be a miracle is the cruise line, along with many others, is not in bankruptcy in a few months.) Went downstairs to find out about the one-time offer and found the library closed. Again, they are concerned about cross contamination. (Holy smoke! Is there no end to the insanity?) We quickly surveyed the situation, and after about sixty seconds of deliberation, we jumped in the “get off” line. There were at least two dozen people trying to get off before the 7 PM sailing time. The ship’s staff had their hands full trying to arrange air, hotels, and transfers for everyone. It took an eternity and people were getting really cranky, but they finally got everything in order for us and we departed the dock around 6:45 PM, leaving a number of folks still waiting for their arrangements to be made. Obviously, the ship was unable to make a timely departure because of all the chaos.

The staff had a taxi arranged and we were taken to the Sky Grand Hotel for the night. Once again, out in the “real world,” it seems that no one has heard of the worldwide pandemonium. No masks, no gloves, no hazmat suits. Just a lot of Kiwis enjoying a beautiful Friday evening. 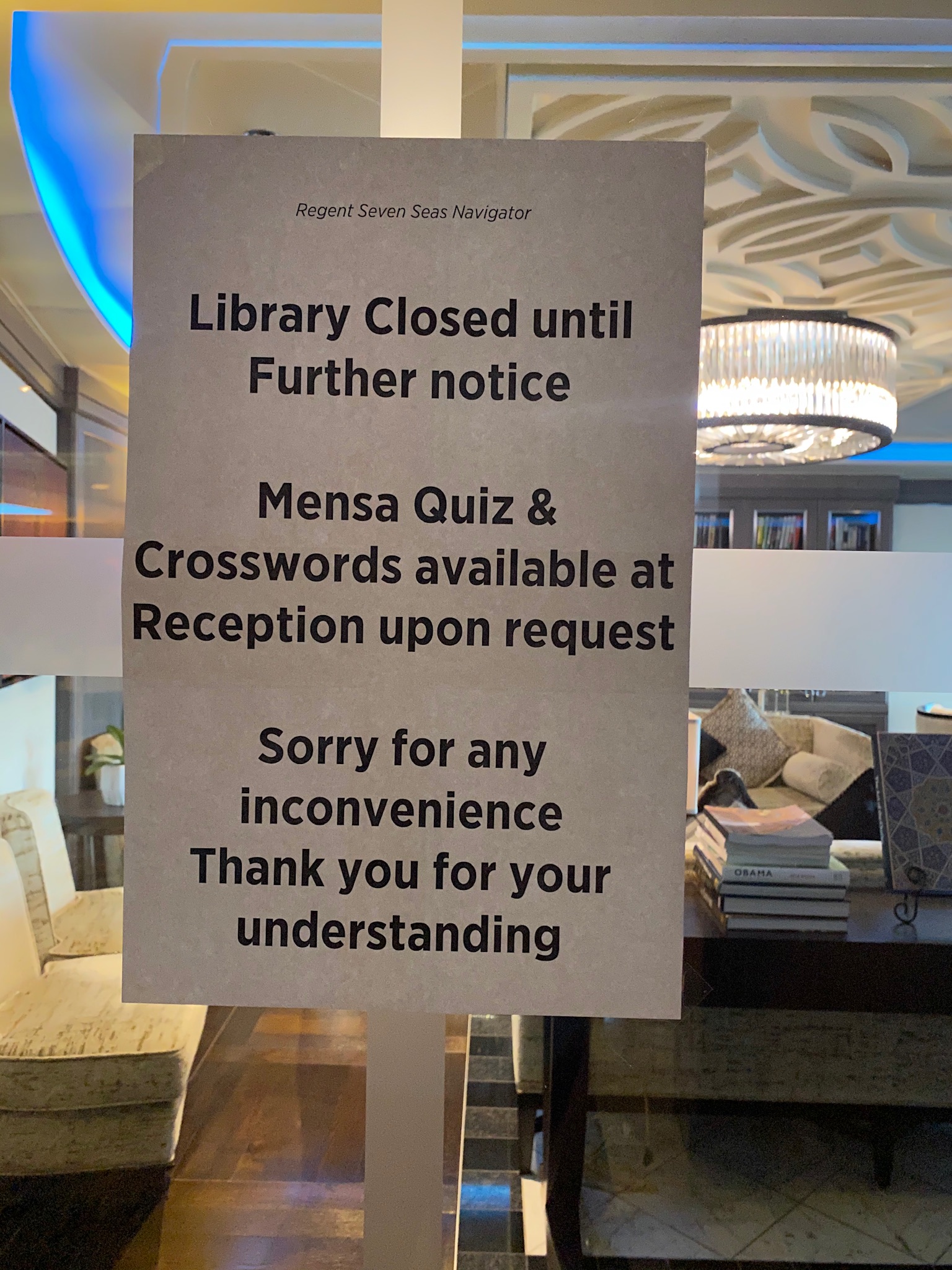 14 March 2020 – We awoke to a beautiful day in Auckland. The plan is to get out and enjoy the city and head to the airport later today. This adventure will come to an end exactly one week after it started. We have seen some really beautiful places and made some great friends. Regent Seven Seas Cruises really came through and did an incredible job making the best of a nightmare situation. I think all of us are sad that we cannot take the cruise we were highly anticipating, but what is really sad is what all this widespread panic will unleash on the economy. We need to save our pity for those who will lose their livelihood. I don’t think it is an exaggeration to say that the travel industry is a dead man walking.