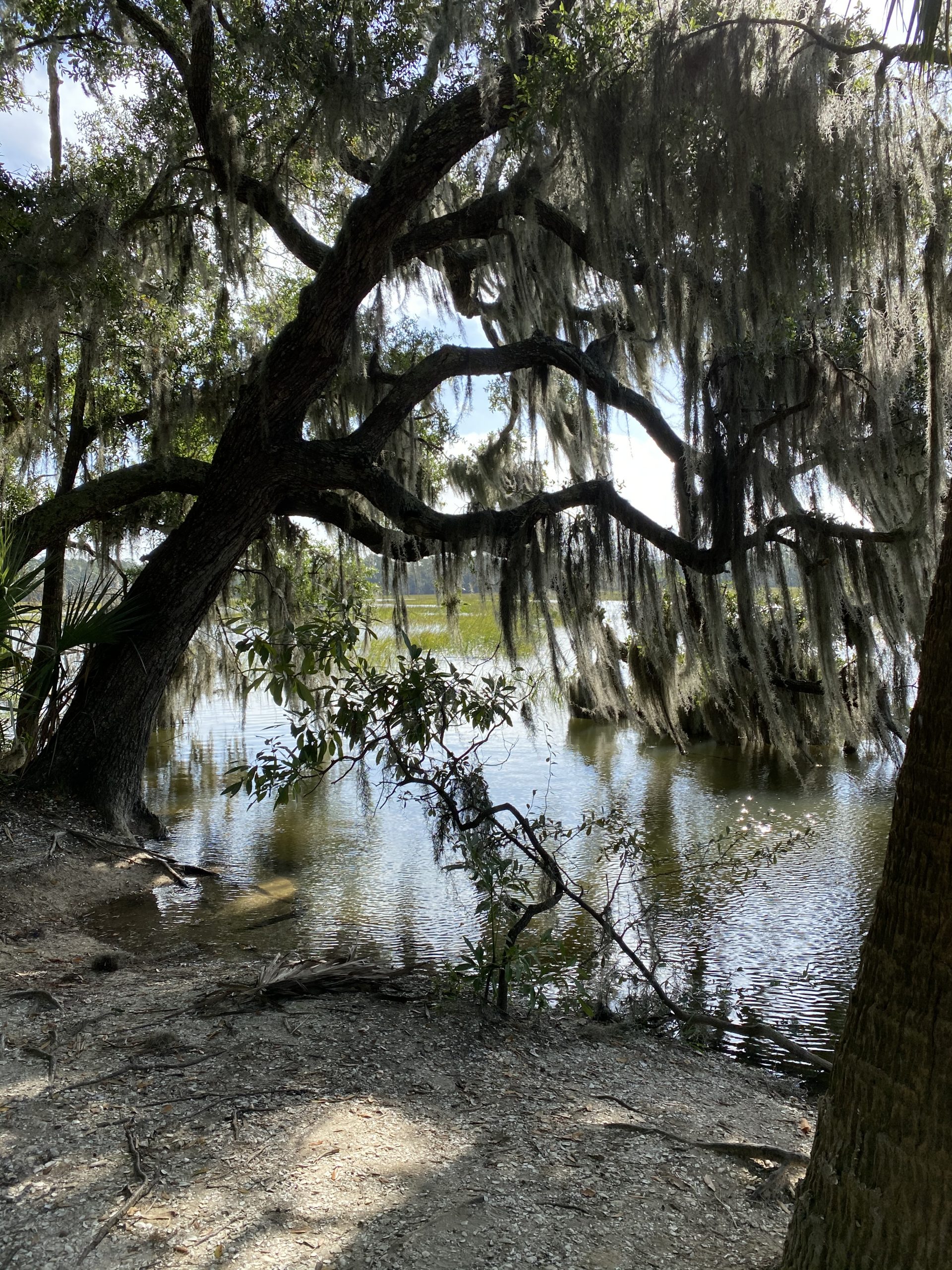 Noble Jones came ashore on the coast of Georgia in 1733 with James Oglethorpe and a group of settlers from England. Noble was a thirty-one year old carpenter and physician when he arrived with his wife and two children and helped establish the settlement outside of Savannah. He was granted five hundred acres and that land is the core of what is now Wormsloe. Noble went on to serve the colony in an interesting variety of ways. It would not be an exaggeration to say that he was a jack of all trades. He was a doctor, a carpenter, a constable, a judge, an Indian Agent, a surveyor, and he even commanded a company of marines trying to defend the area from the Spanish, just to name a few of the jobs he held throughout his life. Noble died in 1775, but his descendants held on to the estate that he named Wormslow after his home in England. The state of Georgia acquired the site, but descendants of Noble Jones still have the house and the property surrounding it. The spelling was changed to Wormsloe along the way. Wormsloe was never really profitable as a plantation, but Jones managed to acquire a large amount of land which proved to be quite valuable.

The colony Oglethorpe and the settlers established was founded with the intention of abstaining from slavery, lawyers, and alcohol. They revoked the ban on slavery and Noble used slave labor trying to grow crops to turn a profit, and you don’t have to go far to stumble upon a lawyer in those neck of the woods. Many of the settlers took off for South Carolina which was conveniently located and had no such ban on alcohol, so they effectively failed on all three fronts. But during colonial times, the area was very rugged and life was not easy. The settlers struggled to survive plague, hunger, and war with the Spanish, so Happy Hour was probably rather important, so who am I to judge? Noble Jones built a fairly large home which was constructed within a walled area that was eight feet tall and was fortified with bastions on each corner. What remains is thought to be the oldest tabby ruins in Savannah. It turns out that there was a shell midden right on the shore of the body of water that is now called Jones’ Narrows. The midden was left behind by Native Americans 3,000 to 5,000 years ago and it gifted Jones a massive supply of shells with which to construct his tabby house. 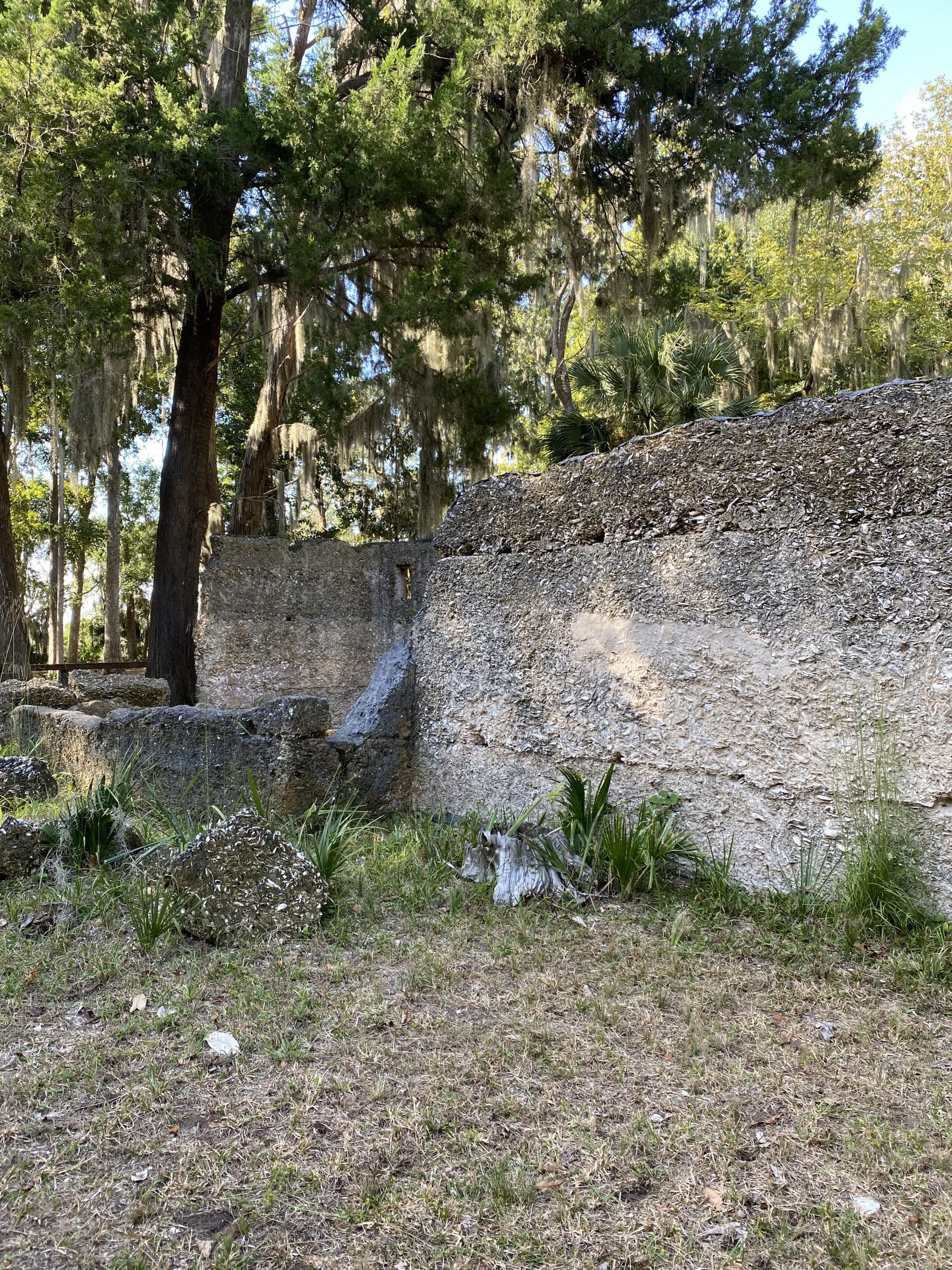 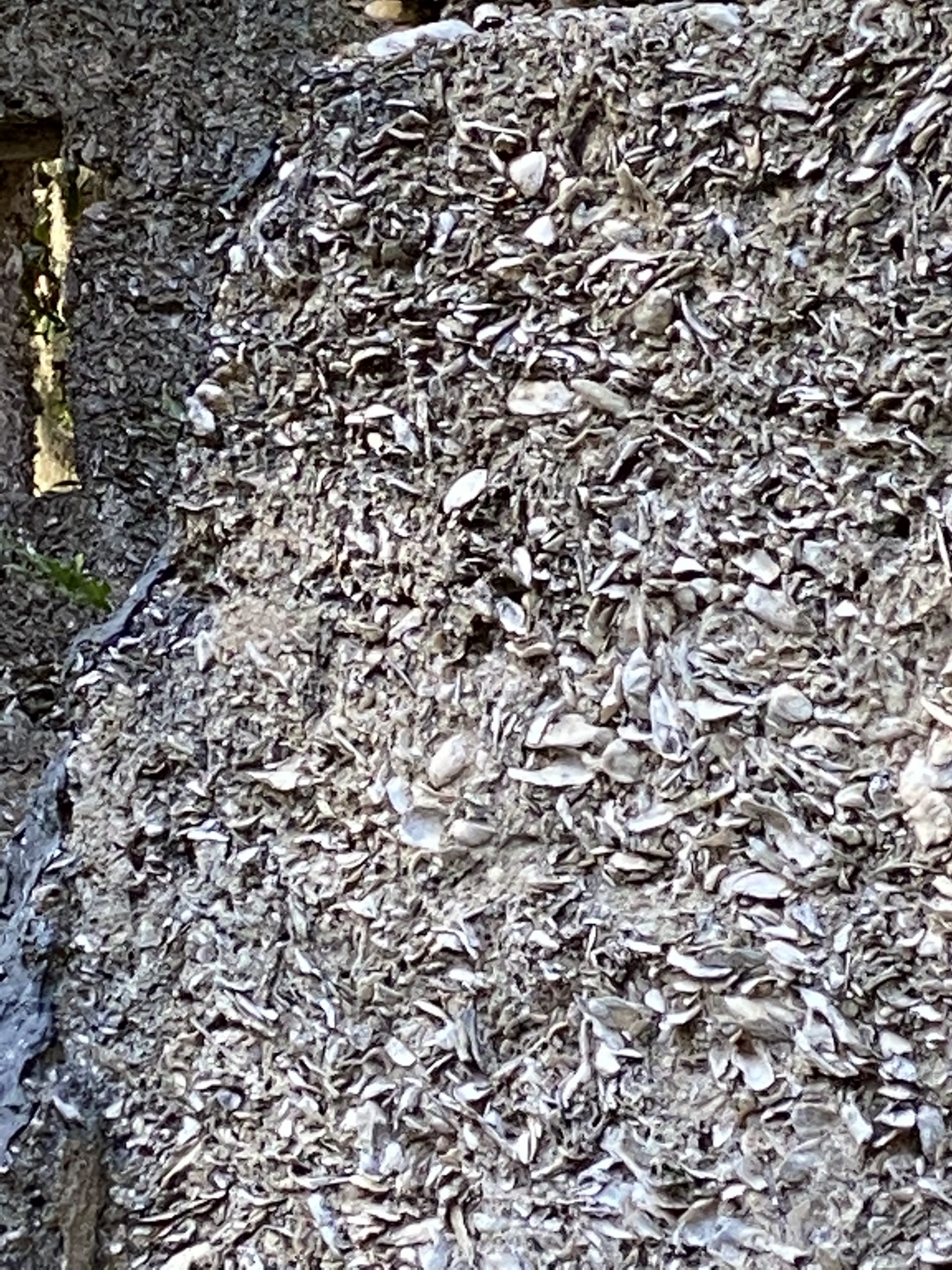 The tabby construction used a high concentration of shells from the nearby shell midden.

The history is interesting and we enjoyed our time there, but I will readily admit that the oak avenue is the reason we took a few hours to see Wormsloe. The four hundred live oak trees were planted in 1893 by a descendant of Noble Jones to commemorate the birth of his son. The drive down the mile and a half avenue of oaks is nothing short of spectacular. It completely redefines the concept of an oak allee. 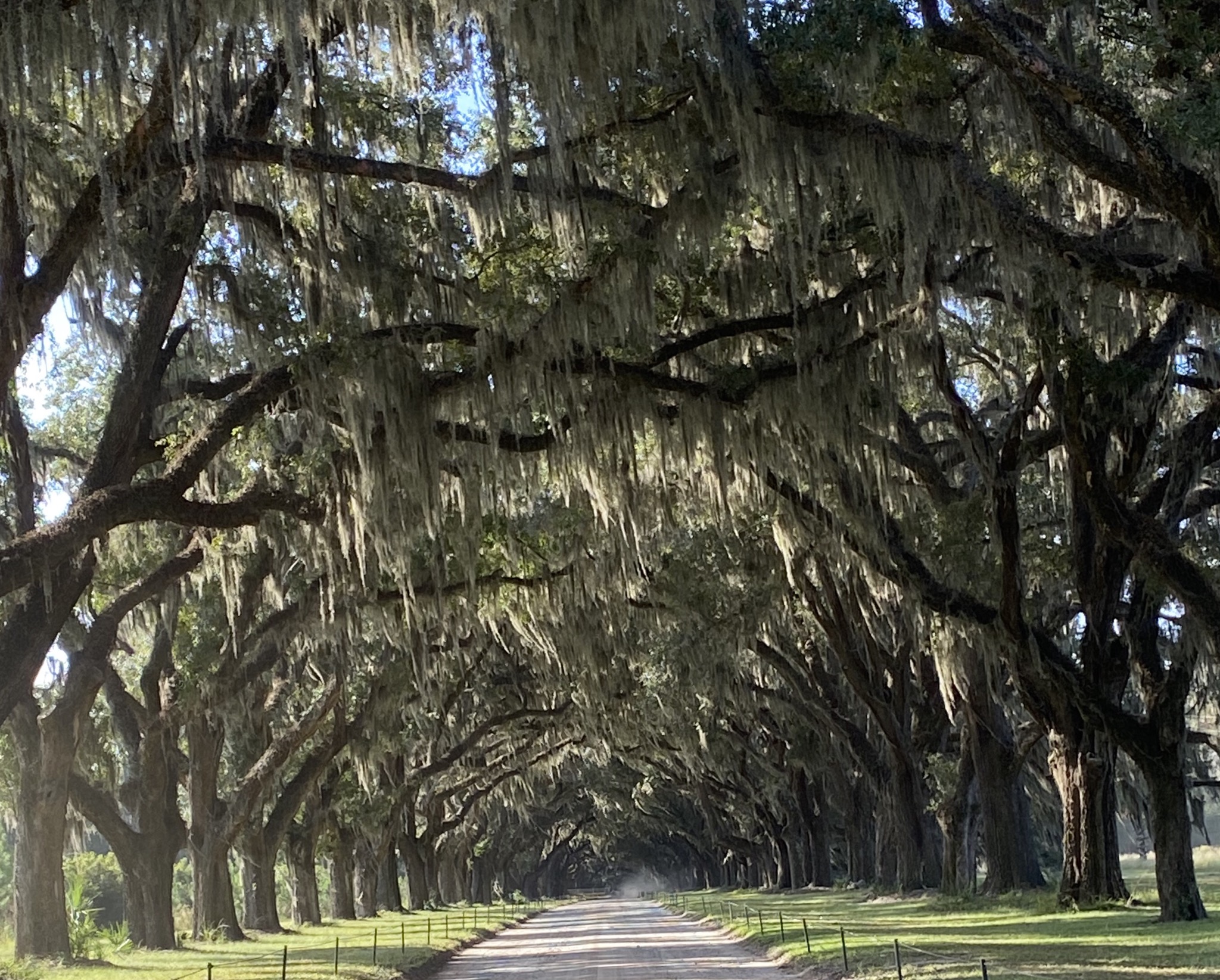