The Wit and Wisdom of Walt

“Here you leave today and enter the world of yesterday, tomorrow, and fantasy.”   ~~~Walt Disney

Being five years old is kinda cool in our family. It’s a pretty big deal. Several things happen without fail. For one thing, you get your portrait painted before those baby teeth start falling out. Secondly, you get a tricked-out trip to Disney World, complete with airplane ride and your (most) every wish granted. It happened many years ago with our children and history repeated itself when Logan was five. We weren’t about to let a pandemic stop our family traditions, so off we went with Harvey for four action packed days in the parks of Walt Disney World.  I wanted to write a post to mark this important tradition, but doubt seriously that anyone, with the exception of Harvey’s parents, cares to read about our adventures in the parks, so I decided to write about the man himself and decorate the post with pictures from our escapades. Orlando is a great place to celebrate family as well as the life and contributions Walter Elias Disney. I simply cannot imagine what the entertainment world would look like without this remarkable man. If you are even close to me in age, you well remember “The Wonderful World of Color” and “The Wonderful World of Disney.” What was Sunday evening without it? It helped ease the pain of seeing the weekend slip away! 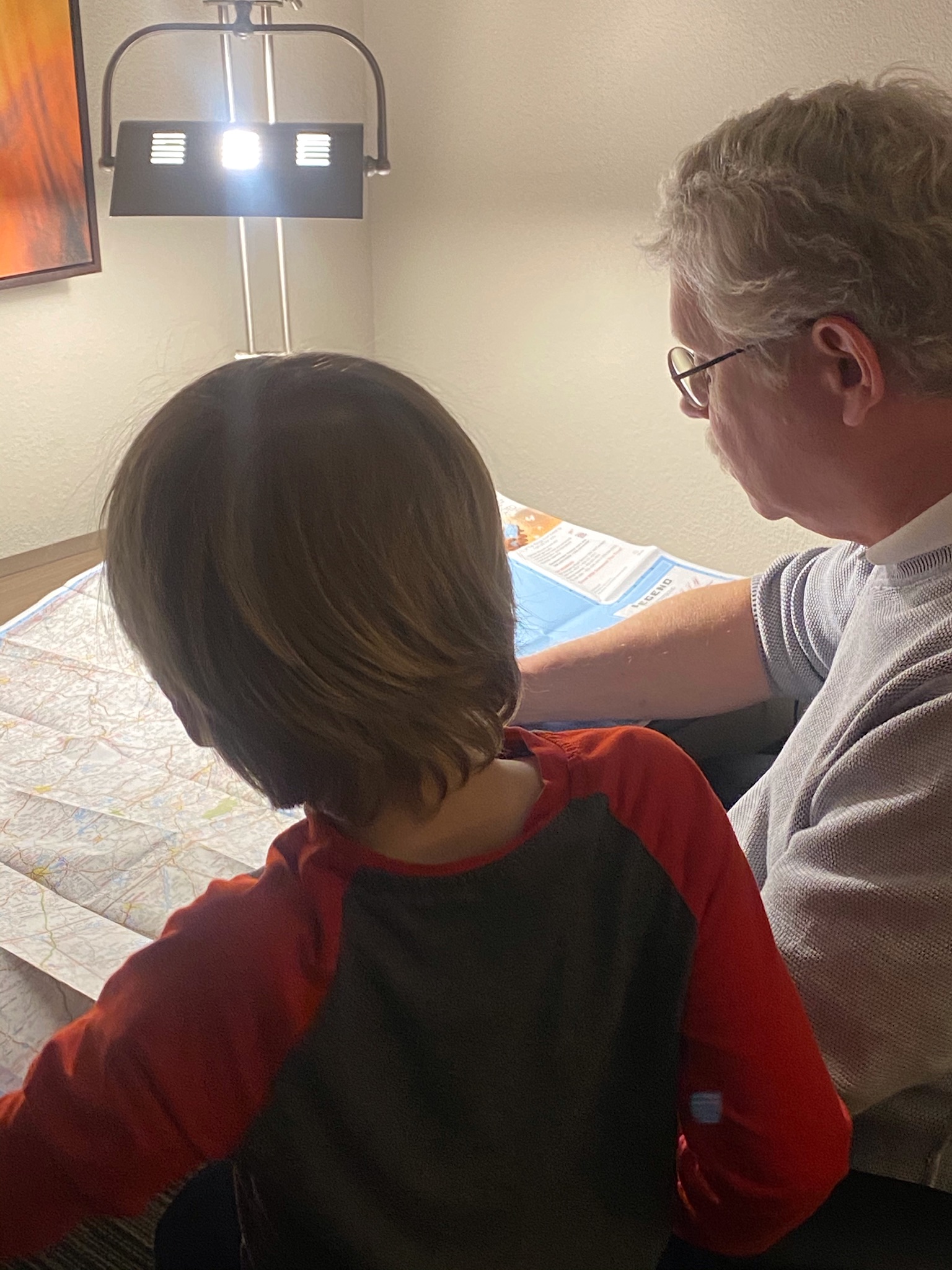 Harvey and Poppie discuss the flight plan the night before we left. 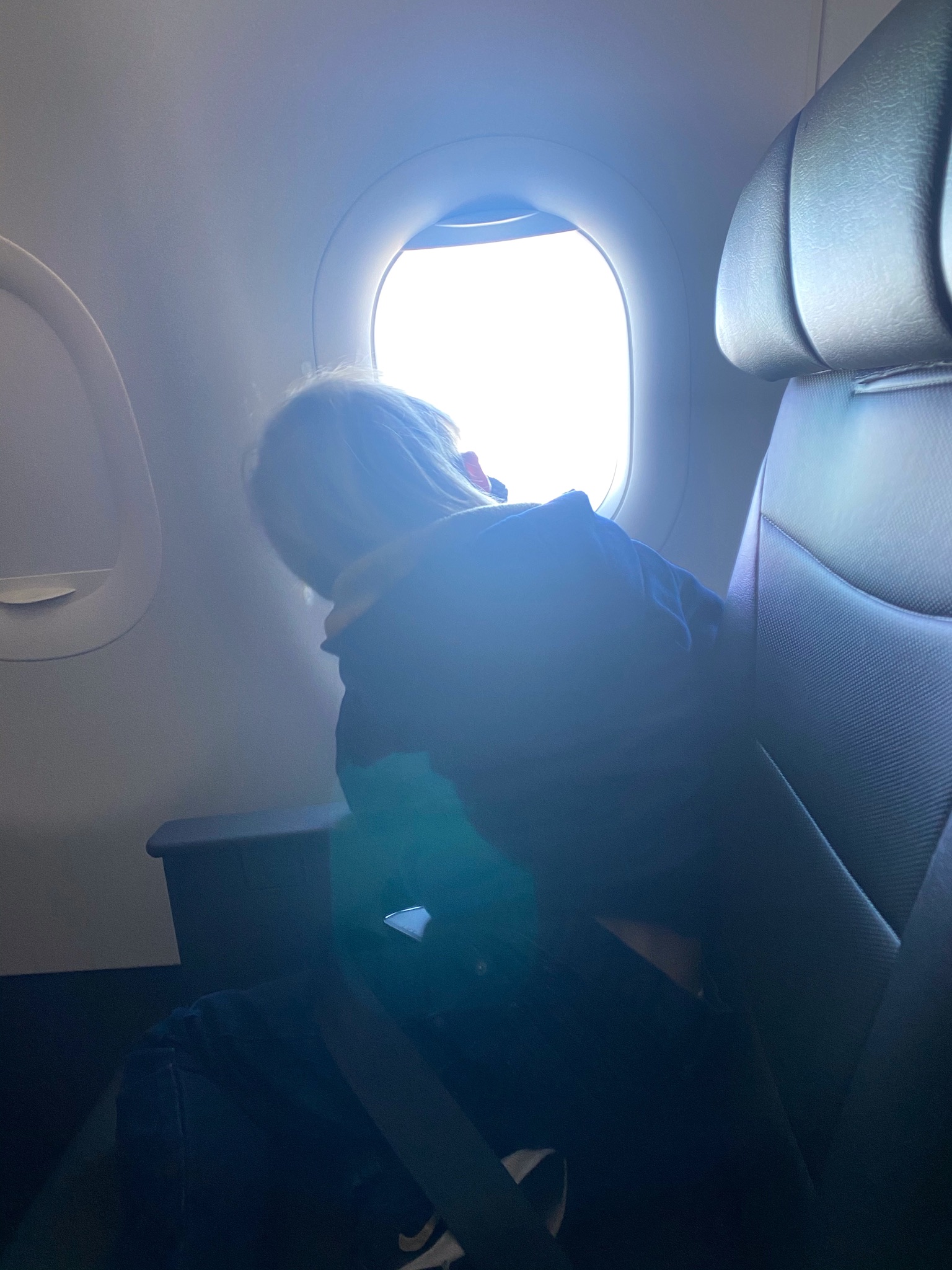 Checking out the view from seat 3F.

Walt was a family man. His family was the most important aspect of his life. No matter how much money he had, no matter how large a staff he employed, and no matter how busy his schedule was, he always drove his daughters to school. Actually, many of his films revolved around family themes. Walt also believed that families should have fun together and wanted his park to be a place for the whole family, not just a fun place for the kids or for just the parents. In fact, he said that his idea for Disneyland was born of watching his girls play on a merry-go-round every Saturday morning and thinking that it would be nice to have a place where parents and children could have fun together.

Walt was a patriot. He dropped out of high school and tried to enlist in the army. He was only sixteen, so he was rejected. He then joined the Red Cross and became an ambulance driver. Later, he would go on to work with Uncle Sam by animating war propaganda films and training videos for the US military.

Walt was truly a visionary. Walt was 27 years old when he introduced the country to Mickey Mouse in 1928. Disneyland in California opened its gates for the first time in 1955. He first suggested the idea of Epcot way back in 1966. Here is a trivia question: Epcot is the acronym for what phrase? I woke up one morning several weeks ago and could only remember what the first two letters stood for. It made me jump out of bed and start Googling. Actually, it stands for “Experimental Prototype Community of Tomorrow.” Walt Disney received more Academy Awards and nominations than any other person in history. His talent and genius are unmatched. And to think he did it all without saying one curse word!

Walt was a quick study and shrewd businessman. It turns out that only five percent of the visitors to Disneyland were from east of the Mississippi, and Walt knew that seventy five percent of the country’s population lived on that side of the river, so it seemed like a classic “no-brainer” to build a resort east of the Mississippi. We watched a video on the man when we were at the Hollywood Studios park; he stressed that he took many chances and worked night and day. He said that he learned more from his failures than from his successes, but he never gave up on his dream. For example, he learned from his mistakes when acquiring the land for Disneyland in California and was determined not to repeat them in Florida. He secretly purchased large tracts of land in companies with different names, basically aliases, so that word would not get out that he was building a resort. He wanted to prevent seedy businesses from cropping up around his “world” and detract from the family haven he planned to build. He wanted to pay the fair market value for the property but wanted to avoid having to deal with sellers running up the price of property because they knew he was looking to buy large parcels for development. His real estate negotiations were conducted in strict privacy. Through his clever lobbying activities, he was able to basically make Walt Disney World it’s very own incorporated city. In the end, he was able to assemble a piece of property encompassing about forty three square miles.

In 1954, just before Disneyland opened in California in July of 1955, Walt said, “I only hope that we never lose sight of one thing – that it was all started by a mouse.” Funny he should say that. All of us can think of instances when the term, “Mickey Mouse,” has been used pejoratively. It is often used in movies and TV and even in politics to demean someone or something as small-time or amateurish. After spending a little time at Disney World, it becomes clear that “Mickey Mouse” is anything but small-time or amateurish. A whopping fifty eight million people flocked through the gates of Disney World in 2018. If that’s small-time, I can’t even begin to imagine “big-time.” That would take the imagination of someone like Walt Disney, who famously said, “I resent the limitations of my own imagination.”

We raced all over the four parks and had a great time. No doubt, the genius of Walt lives on. Also, the genius of the marketing department is on full display. Never in the history of mankind has so much merch been so successfully moved. I kept wondering if Walt would approve of the crass commercialism of the parks, but hey, I guess it pays the bills! And we had fun watching our little guy have the time of his life. He’s in for a year full of exploration. His parents are taking him to Joshua Tree National Park in a few weeks and later in this summer, we are taking the whole family to Maine for a week in and around Acadia National Park. It’s super to be five!

The wildlife on the safari in Animal Kingdom was unbelievable! We saw animals there that we did not see in Africa. 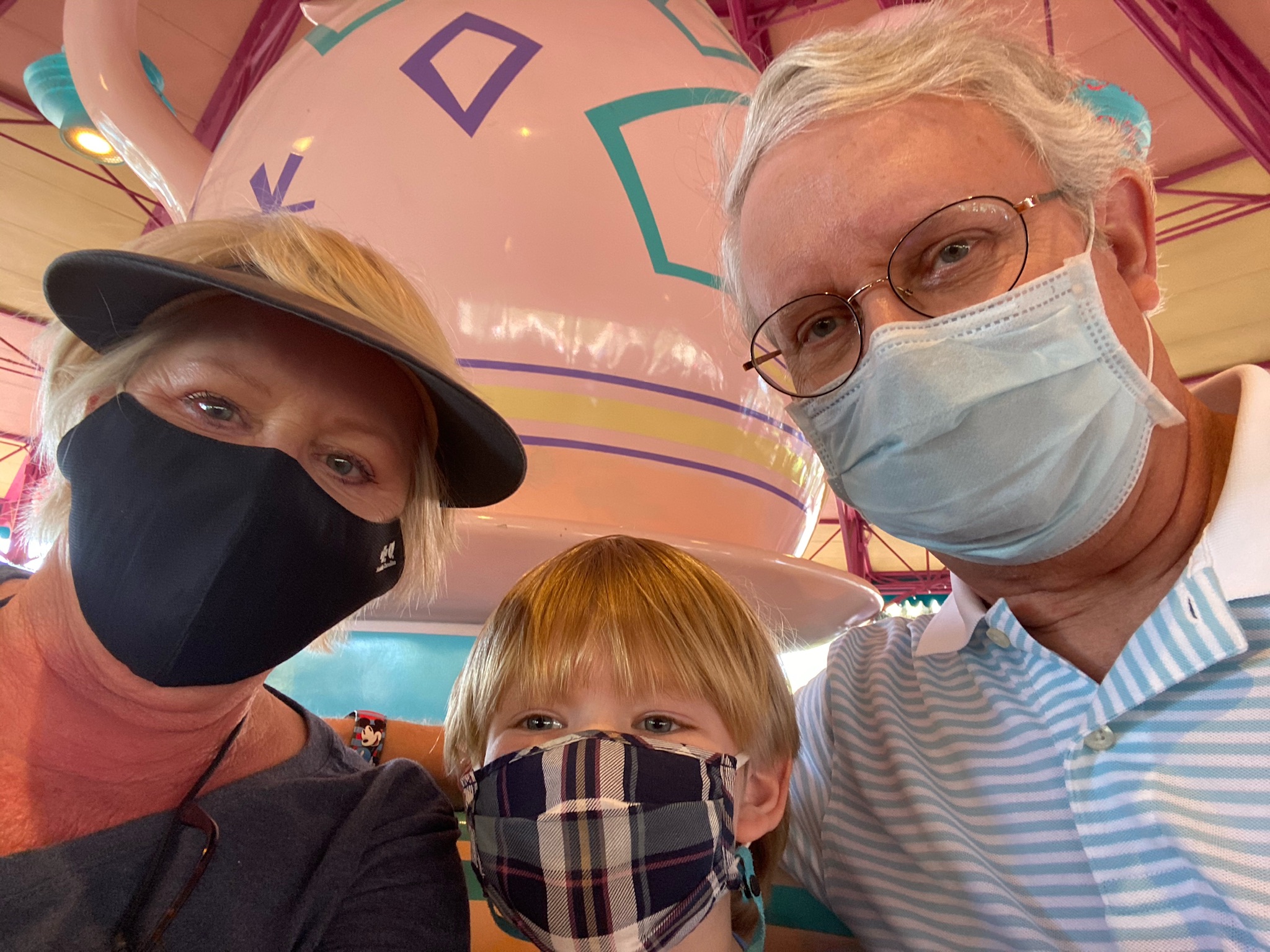 We never miss a spin in the teacups at the Mad Tea Party. 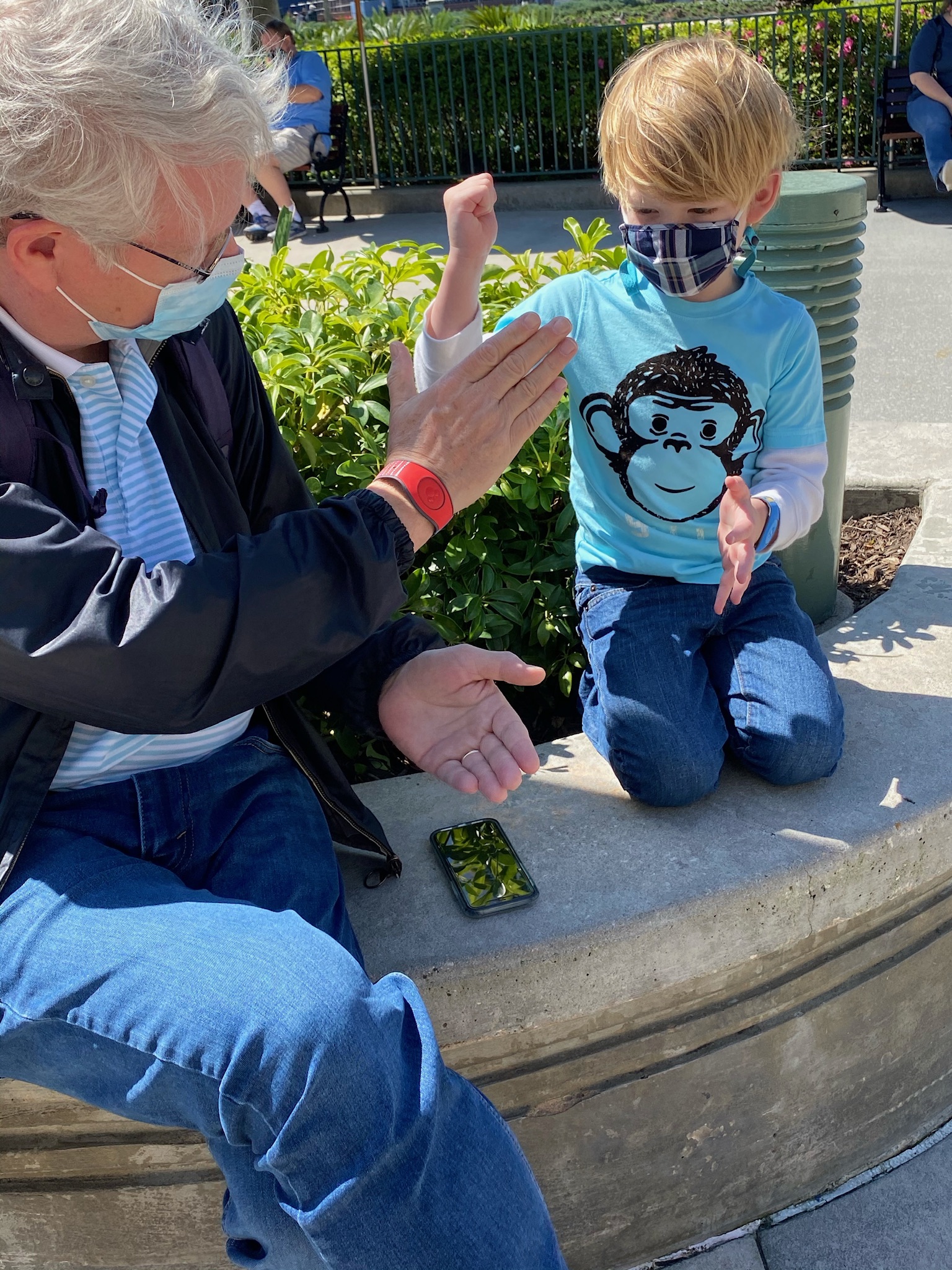 Lots of games of “Paper, Rock, Scissors” were played waiting in those crazy Disney queues. 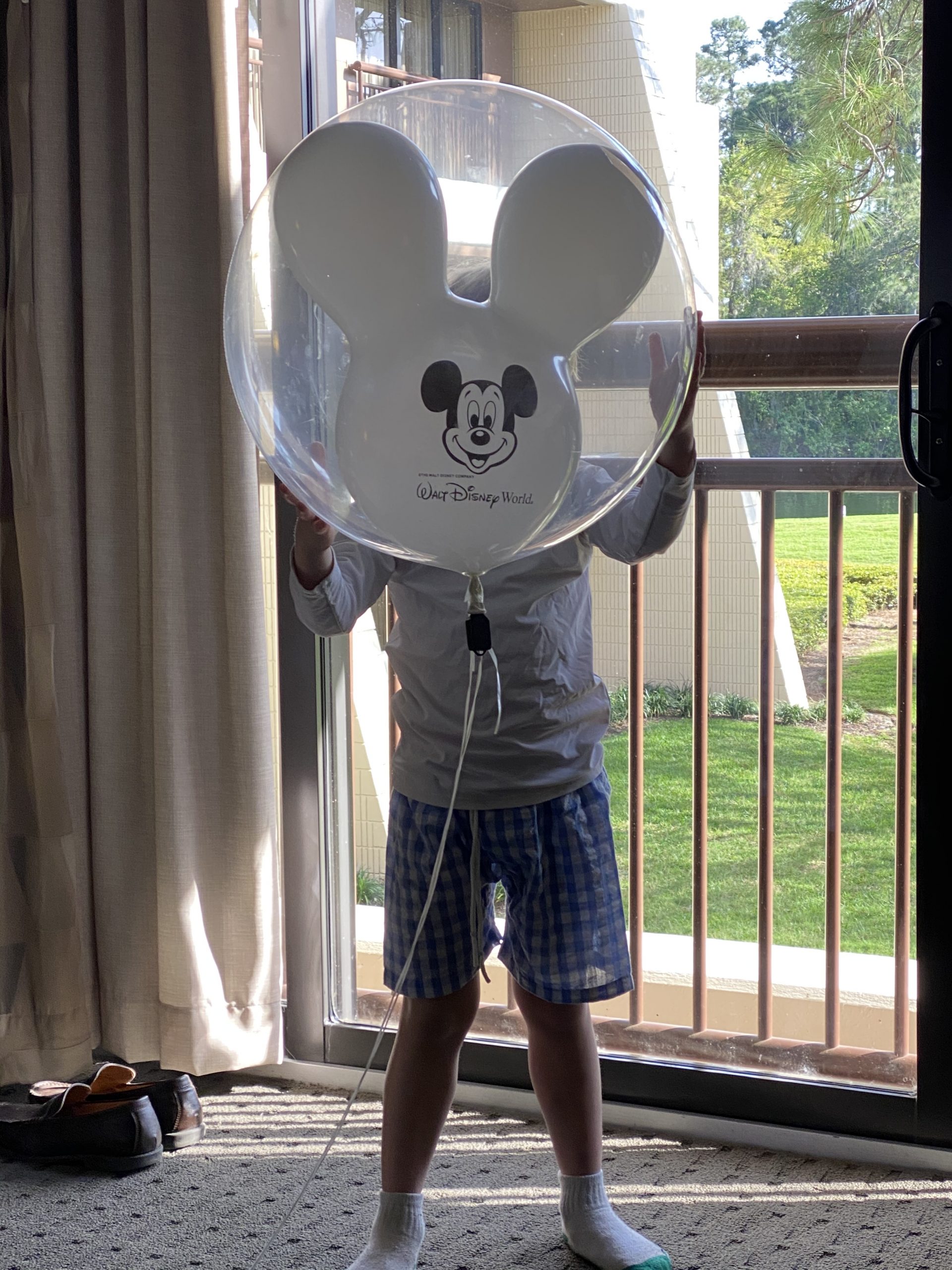 One day, Harvey seemed to turn into Mickey Mouse! 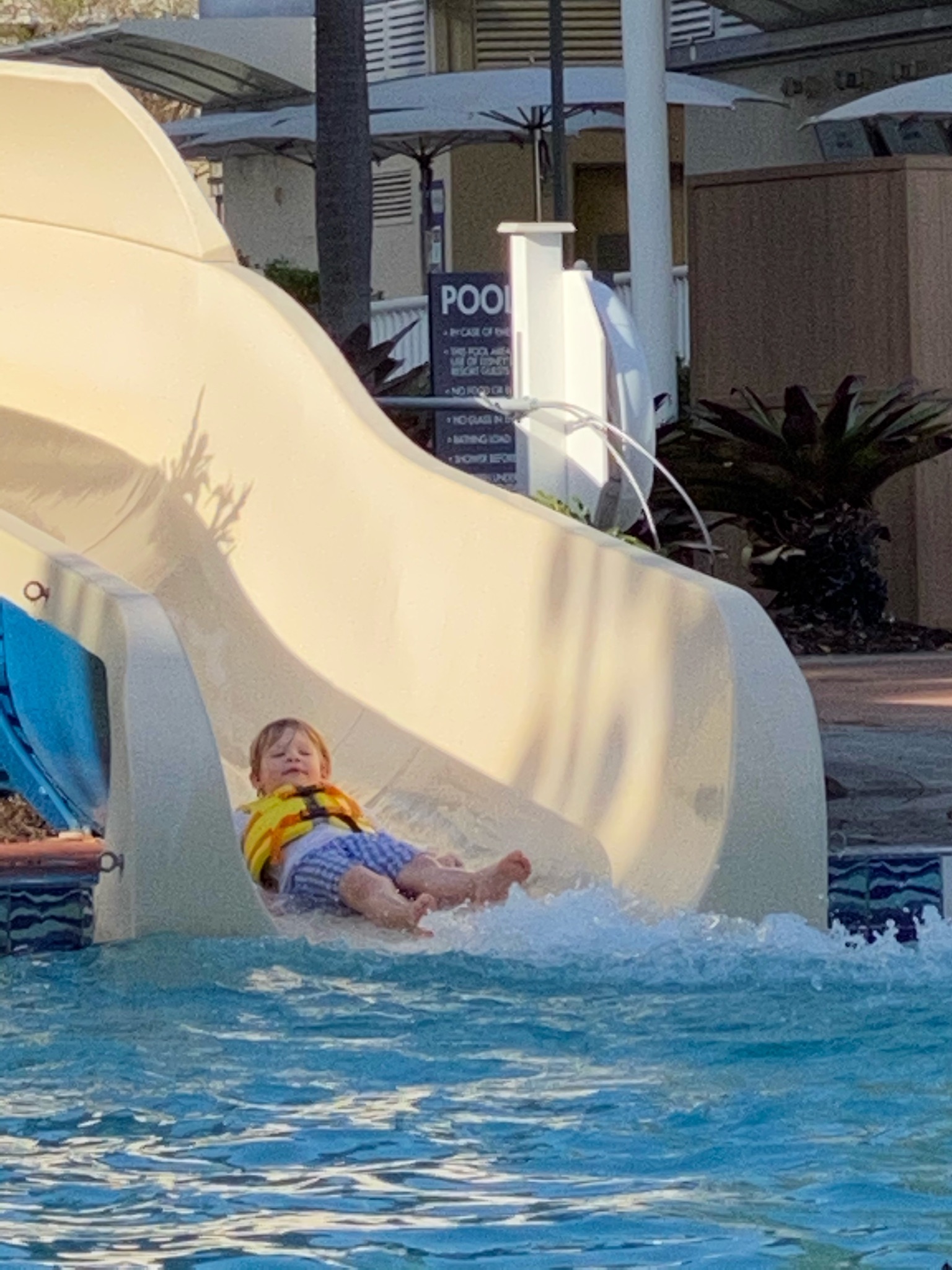 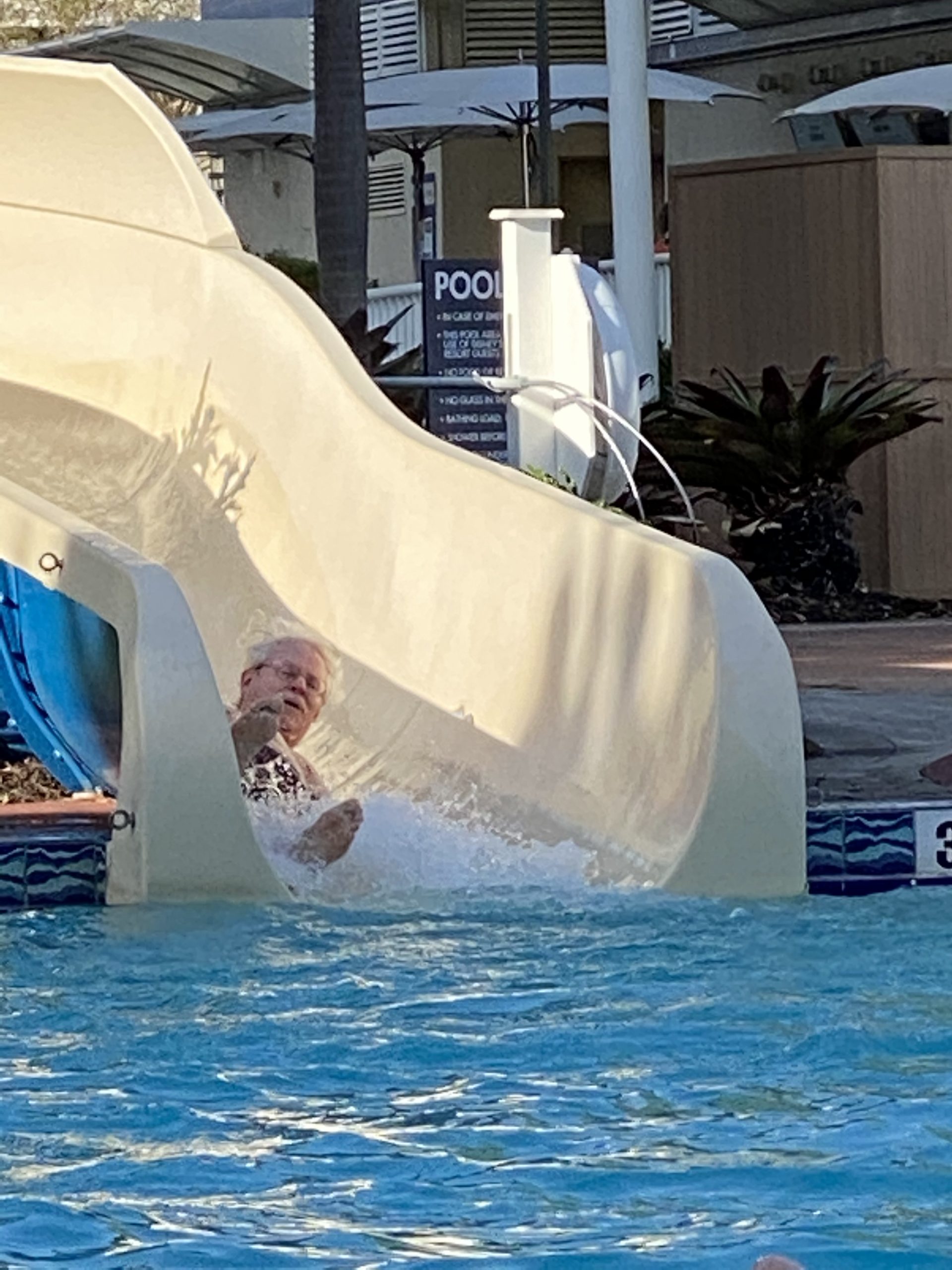 Poppie? Not so much! 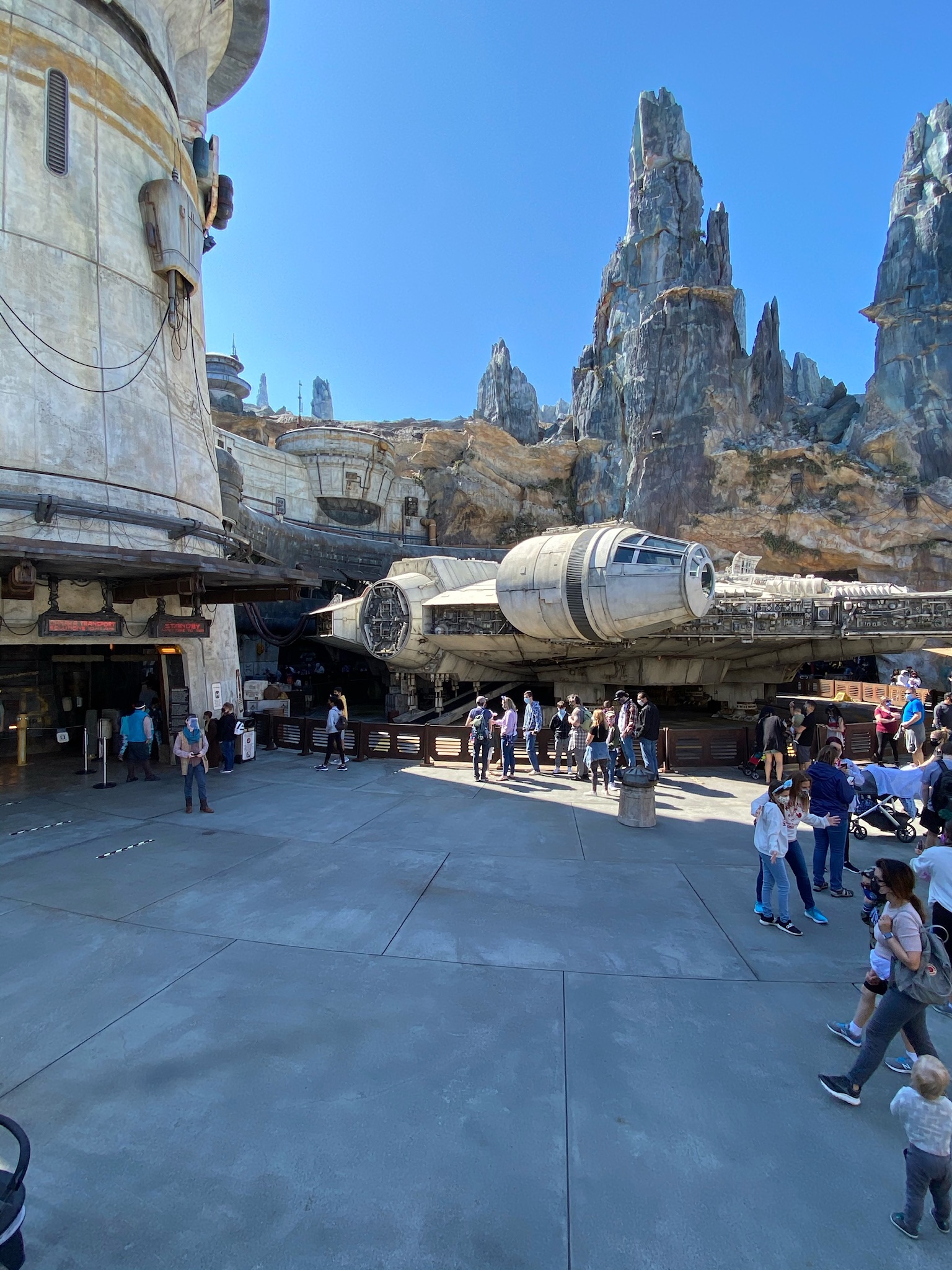 The Star Wars section of Hollywood Studios was beyond belief!

It was truly other-worldly! 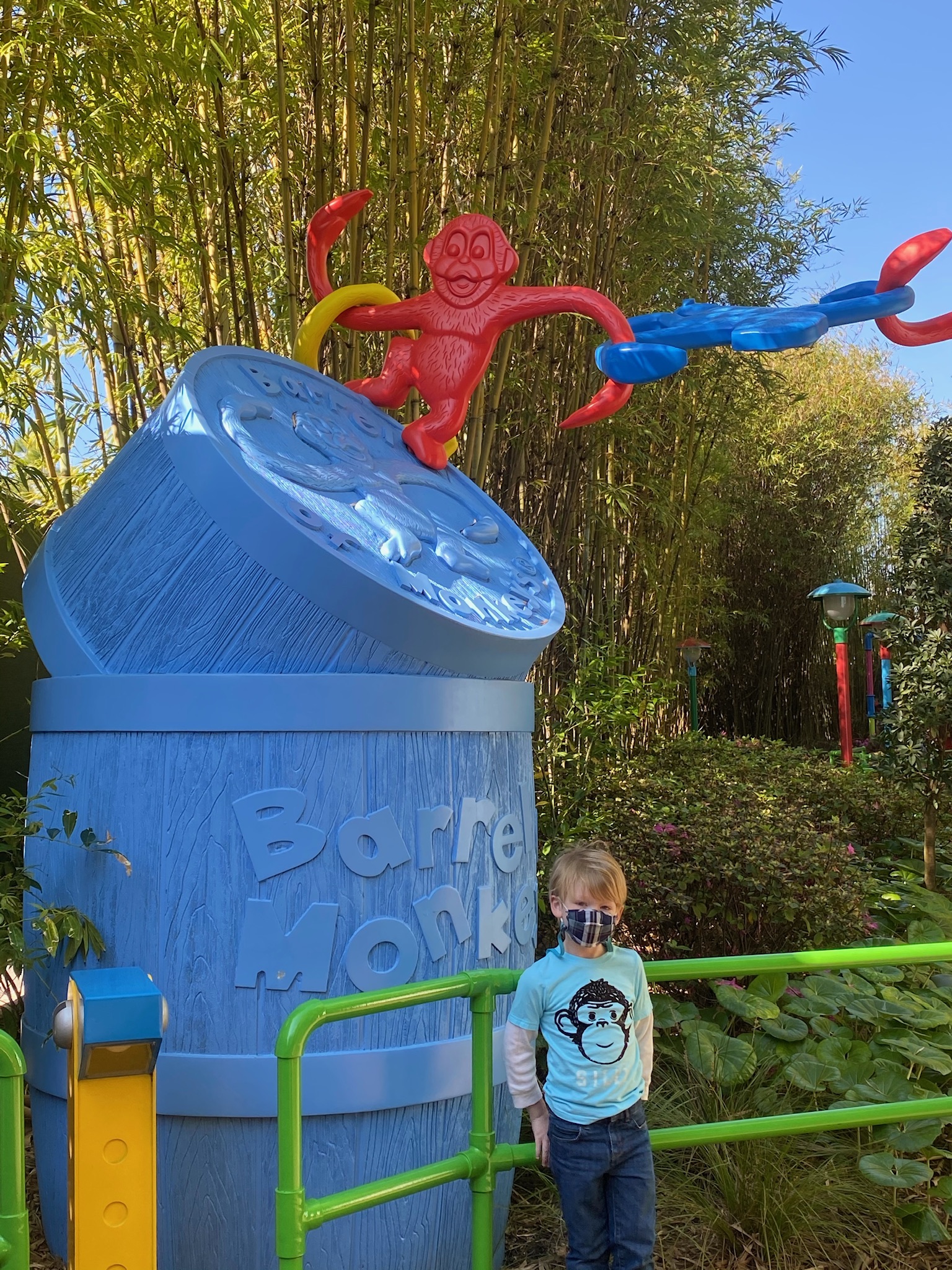 I think all three of us would happily agree that our Disney vacay was more fun that a Barrel of Monkeys!