My momma always told me that if I couldn’t say something nice, I shouldn’t say anything at all. Sorry to disappoint, but I just have to say this: Move along, folks. There’s nothing to see here. We are winding up a two night stay in Taos, New Mexico, and, to be completely honest with you, this is one of the most redneck places we’ve ever been. And, coming from a native Southerner, that’s saying a lot. But, like most places, there are a few cool spots to see, so I will tell you about them.

A few words about those rednecks: many appeared to be local, but the fact that around ten thousand motorcycles converge on the area every Memorial Day weekend didn’t really help matters. But I am going to give it to you straight. There are some weird birds in this town and a lot of them hang out in the town plaza. Some of them even sleep there.

Determined to find some redeeming qualities of this town, we jumped on the Taos Trolley for a ride around the area this morning. Dave, the man who gives the tours, was great. He’s a native of Taos, so his perspective was unique. He gave us an invaluable history lesson since his people have been here for generations. He took us to some very interesting places, too. Usually, he takes his guests to the Taos Pueblo, which I was dying to see, but it is closed due to (you guessed it) Covid-19. They don’t want anyone from the outside coming into the pueblo.

Our favorite place on his route turned out to be an old adobe church called San Francisco de Asis. We were captivated by the eighteenth century church made of mud and straw sun-dried adobe bricks. It stands as one of the few original Taos buildings. I am so happy to share pictures of this amazing place. 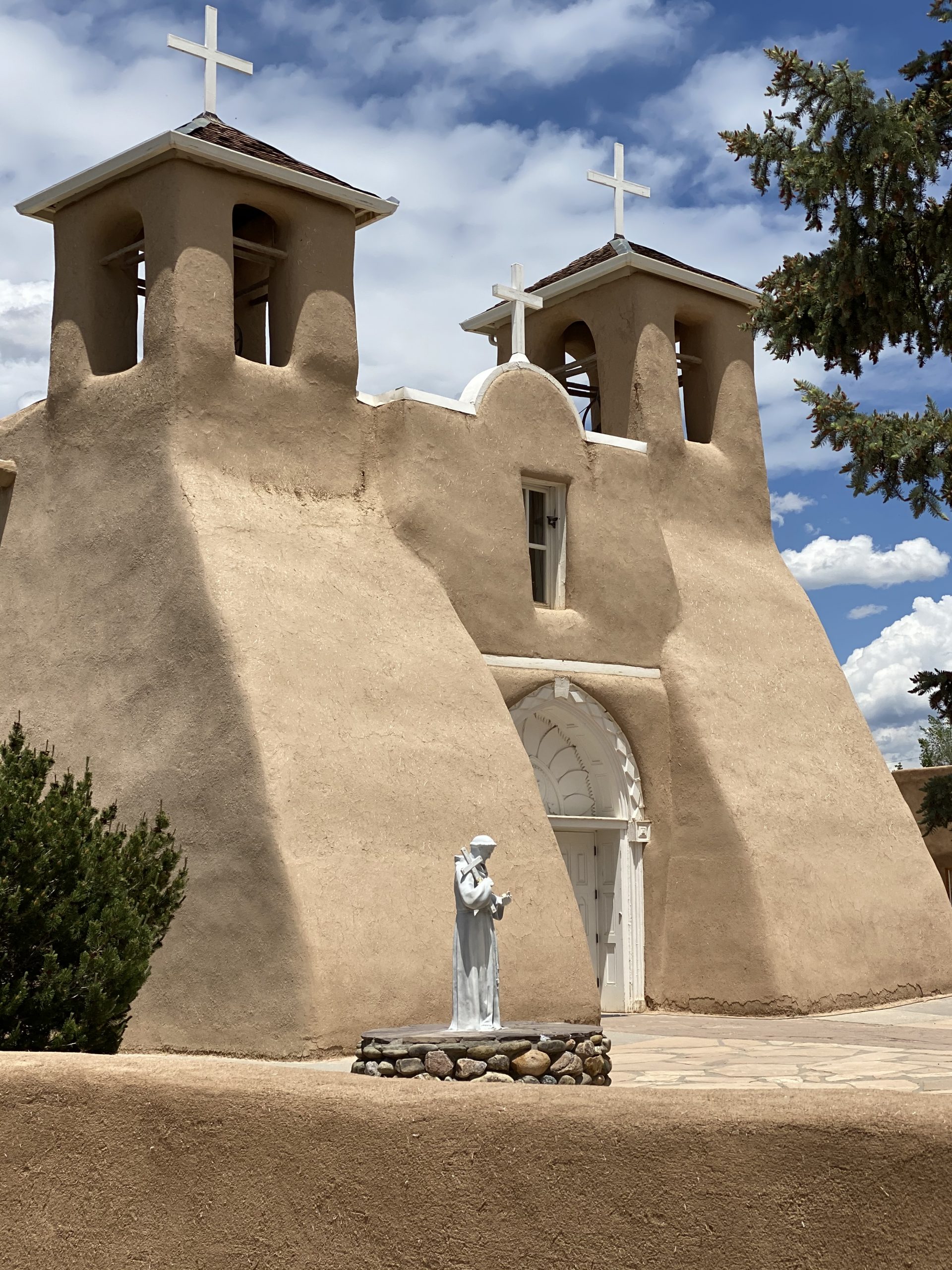 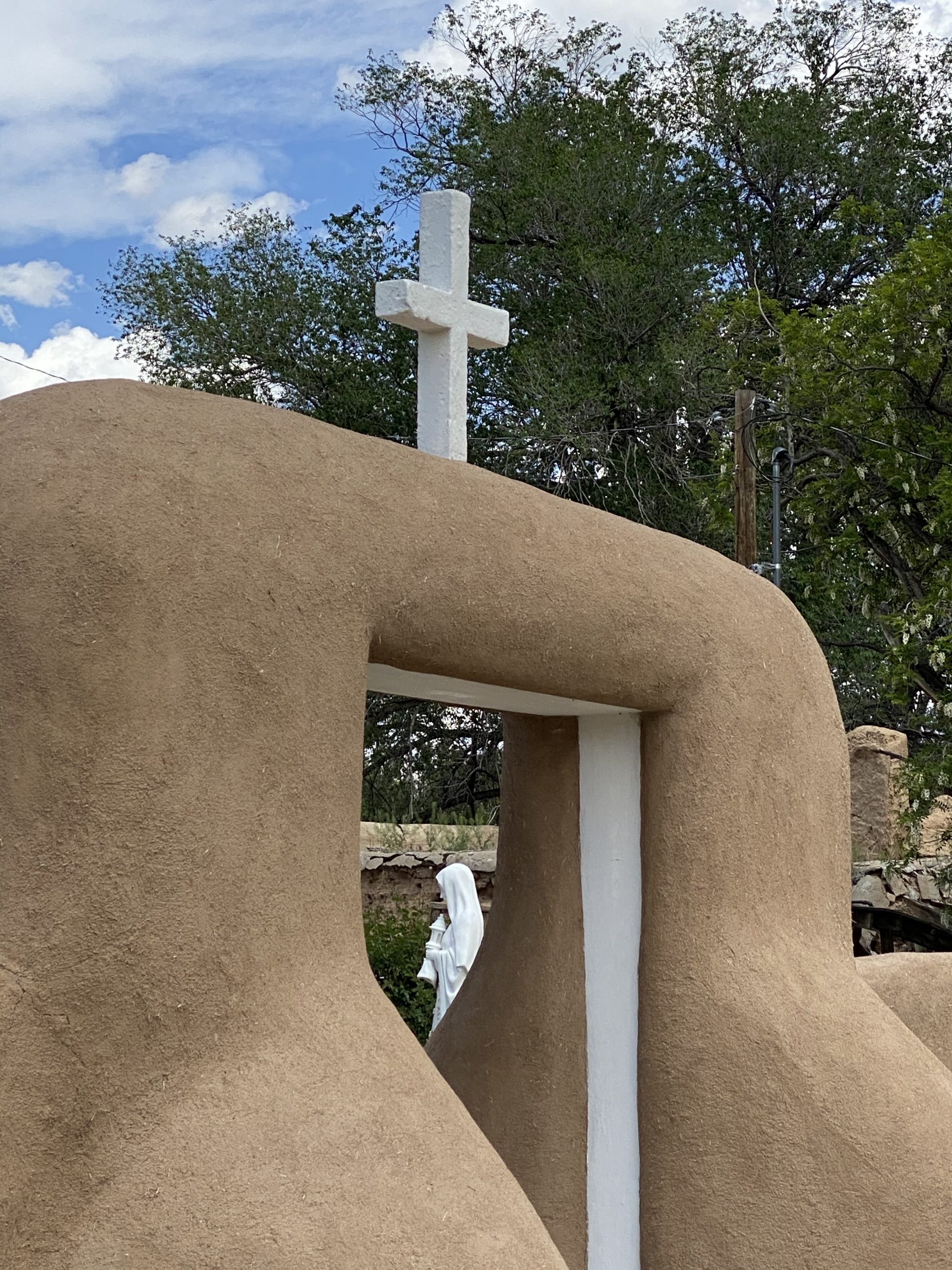 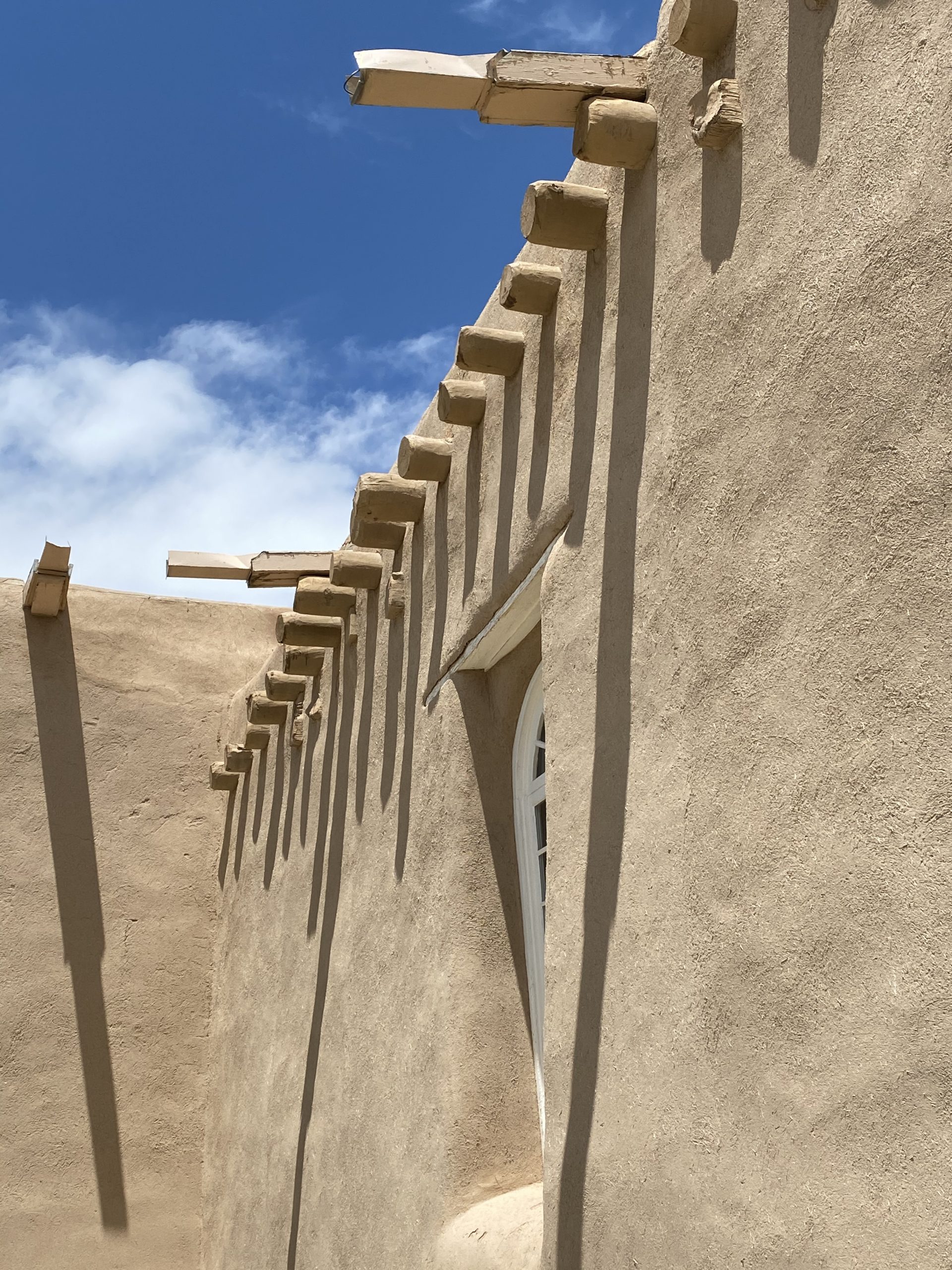 After our trolley tour concluded, we drove about twelve miles out of town to see the bridge over the Rio Grande Gorge. It is the fifth highest bridge in the country. You may think that the gorge was carved by the Rio Grande over time, but you would be incorrect. Dave assured us that the gorge was cut by an earthquake and that, if you could push the sides back together, they would fit perfectly. It was an incredible view and the bridge was full of folks eager to photograph the gorge. I will share our photos from the bridge. It reminded me of the Black Canyon of the Gunnison National Park outside Montrose, Colorado. 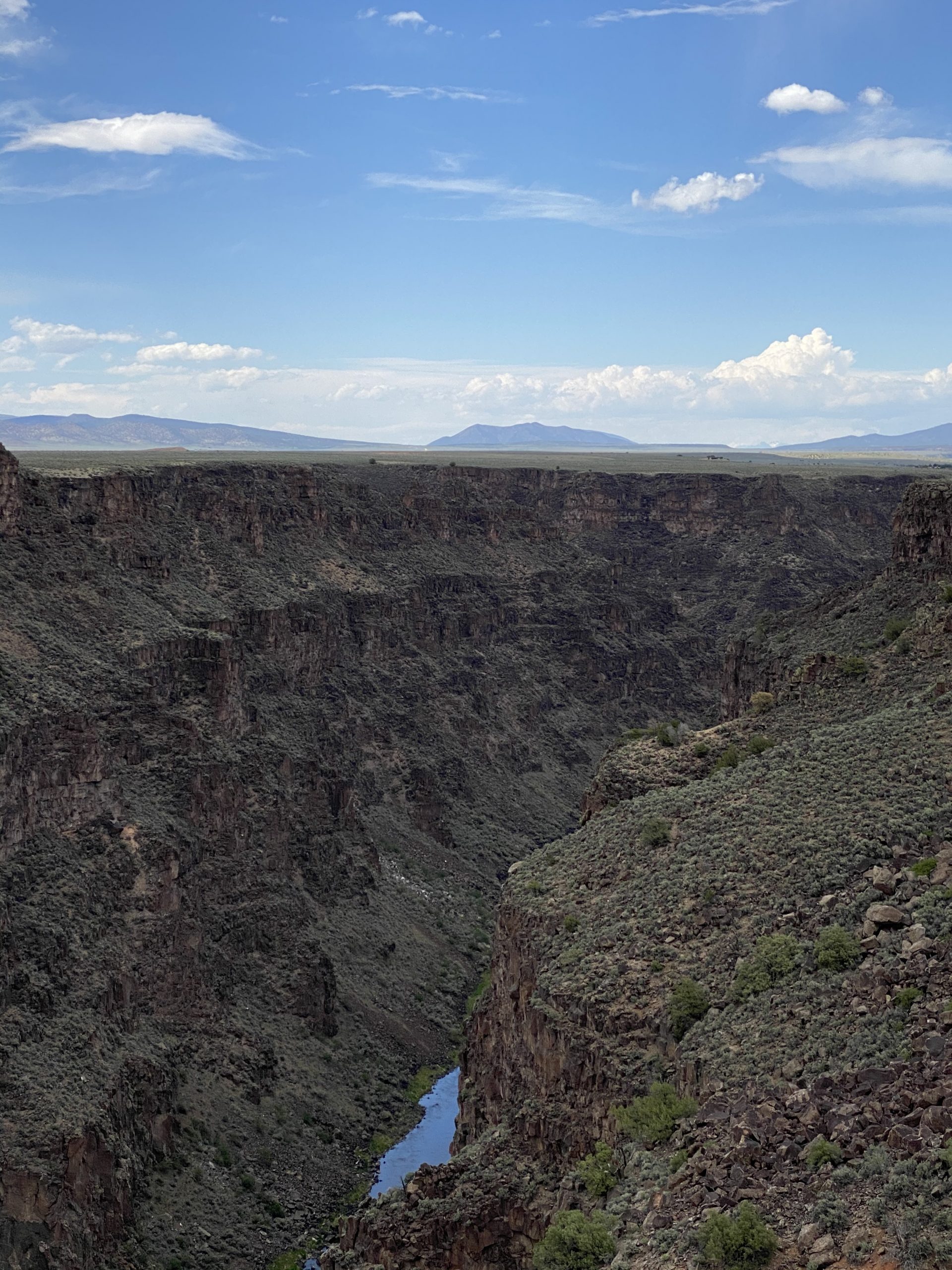 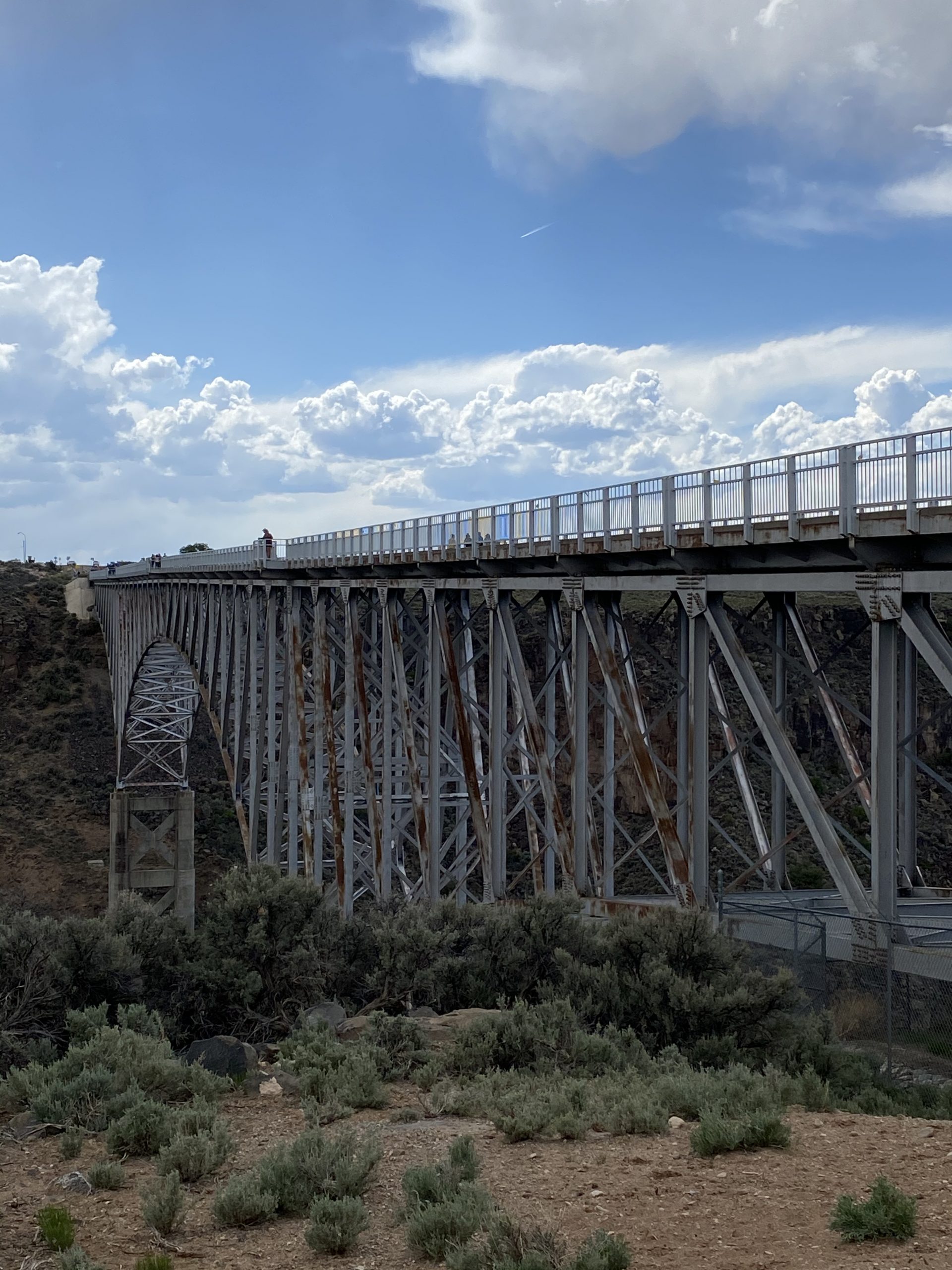 Yeah, ok, Taos wasn’t the most wonderful place we’ve ever seen, but that’s ok. Mom also said, “You can’t win ’em all.” Mom was right, and it seems that the older I get, the more often I find that I must admit how right she was about a lot of things.