The Roosevelts of Hyde Park

Monday morning’s predawn thunderstorms jolted us awake and sent us burrowing a little deeper under the covers, yet all the while, we were thanking the heavens that sent the cacophony to Hyde Park for also providing shelter from the sound and fury. The light of dawn seems to come earlier here, and the morning light revealed a new day washed of the detritus of the previous days. Everything was so very fresh and green when we arose. Before long, the geese and goslings as well as the bees and birds that make their home in the large garden of our B&B were back out and concentrating on their work of the day.

As soon as the sky began clearing, we made our way over to the national historical park that was the birthplace of the longest serving United States President, Franklin Delano Roosevelt. The site is also his final resting place and the home of the FDR Presidential Library, the first of its kind. Since the buildings are closed due to Covid-19, we had the place to ourselves. We were the only attendees at a ranger talk, so it really was more of a conversation. I can’t speak for Rick, but I learned much about the thirty-second president, his wife, his family, and his life. For example, I did not realize that he was thirty-nine years old when he contracted polio and that, at first, he was paralyzed from the neck down. Also, I was not aware that his wife, Eleanor, was his fifth cousin once removed. The grounds are stunning and it is easy to see why FDR loved Springwood. 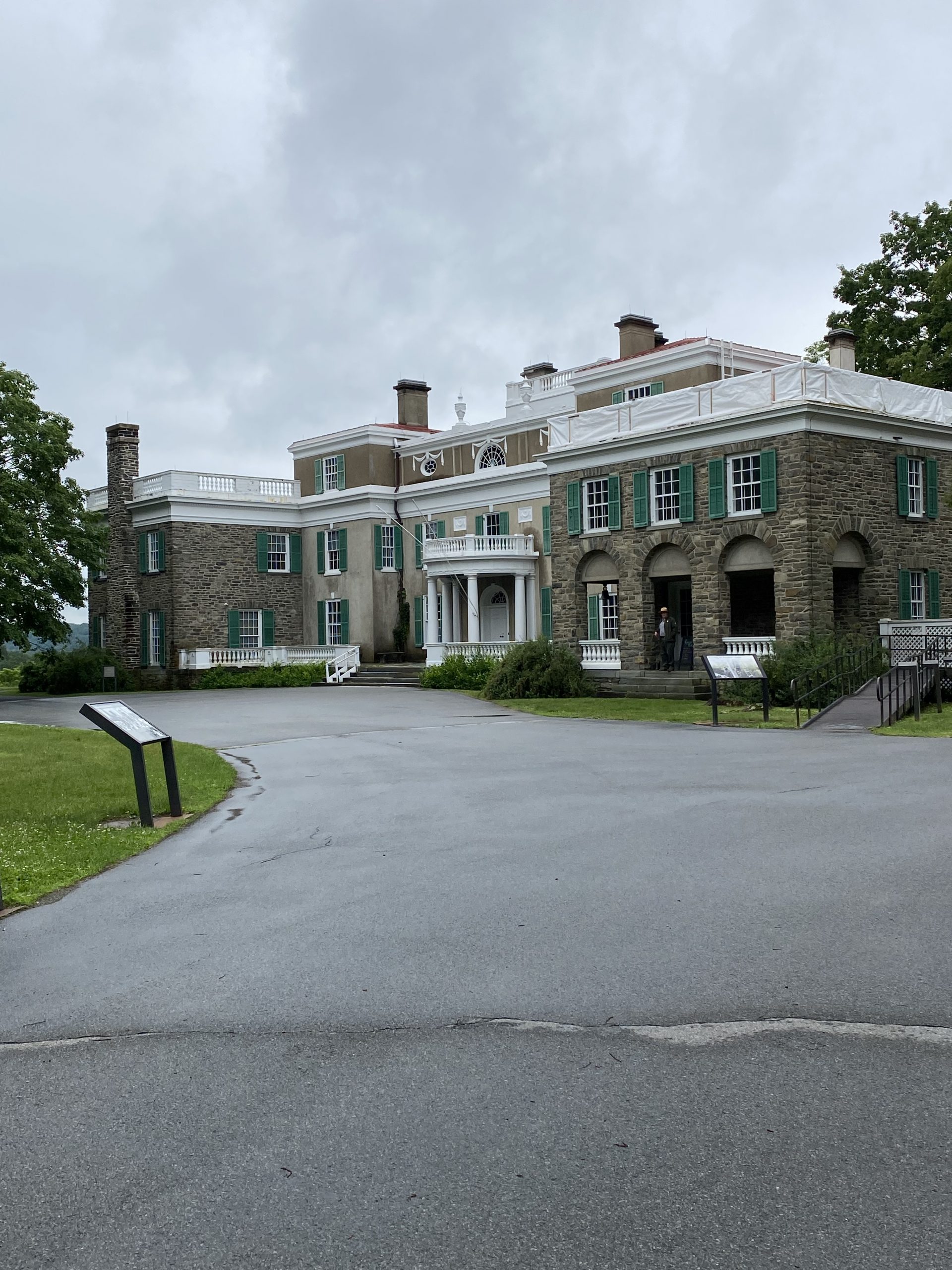 FDR was born in this home, but he and Eleanor added the stone side wings as their family grew. 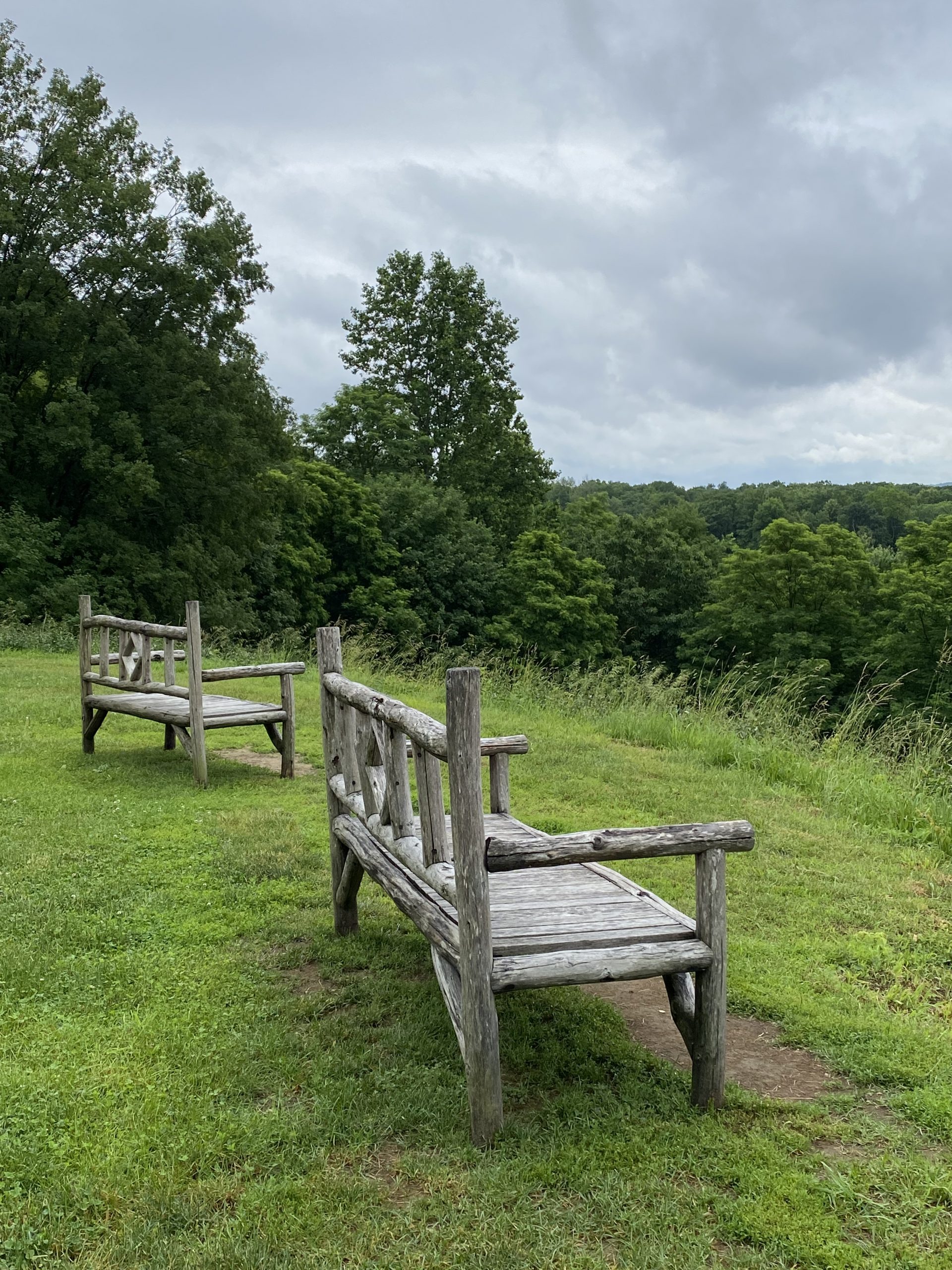 Beyond the trees, you will see the Hudson River. 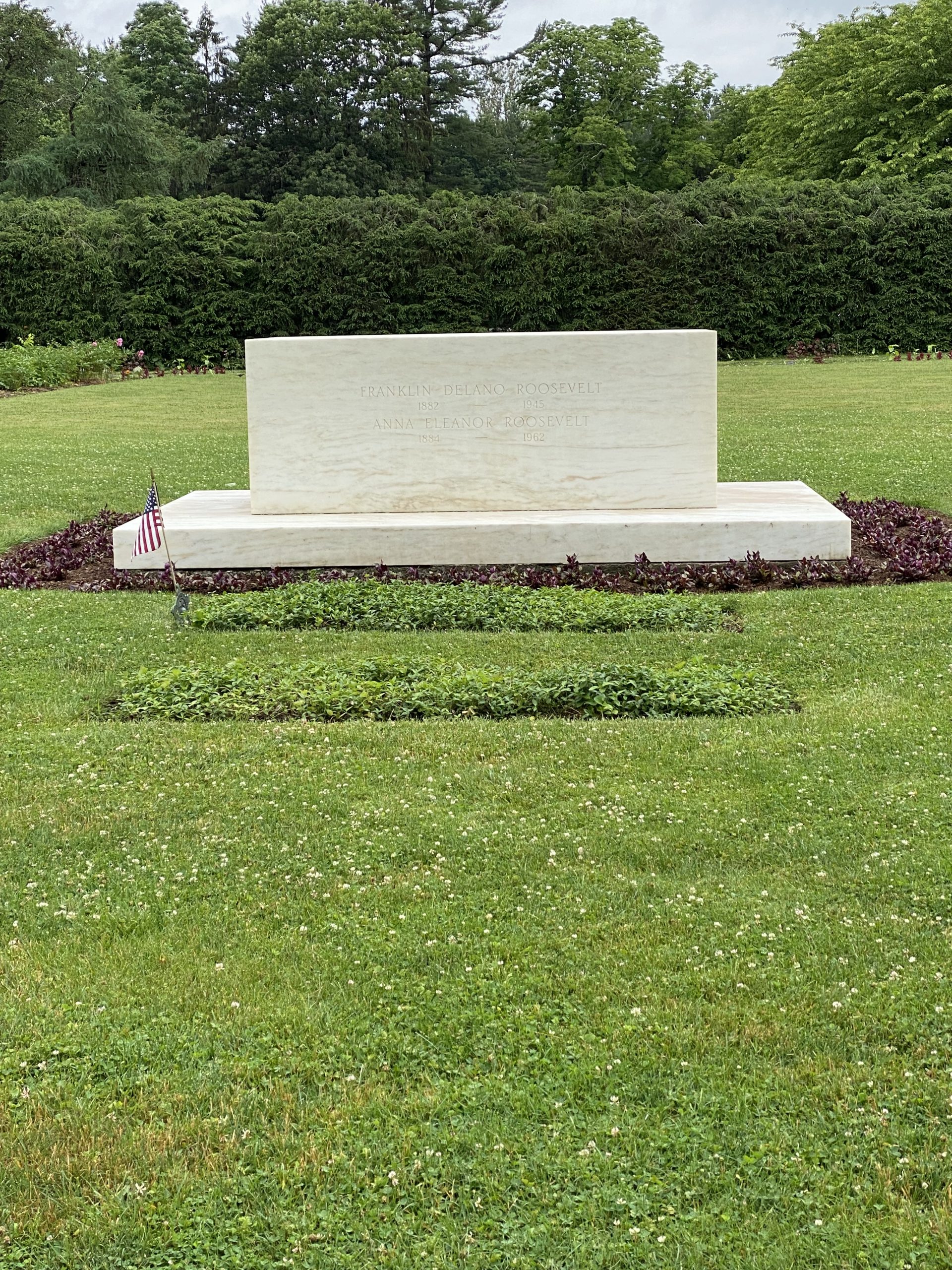 The graves of the Franklin D. and Eleanor R. Roosevelt in the rose garden next to Springwood. 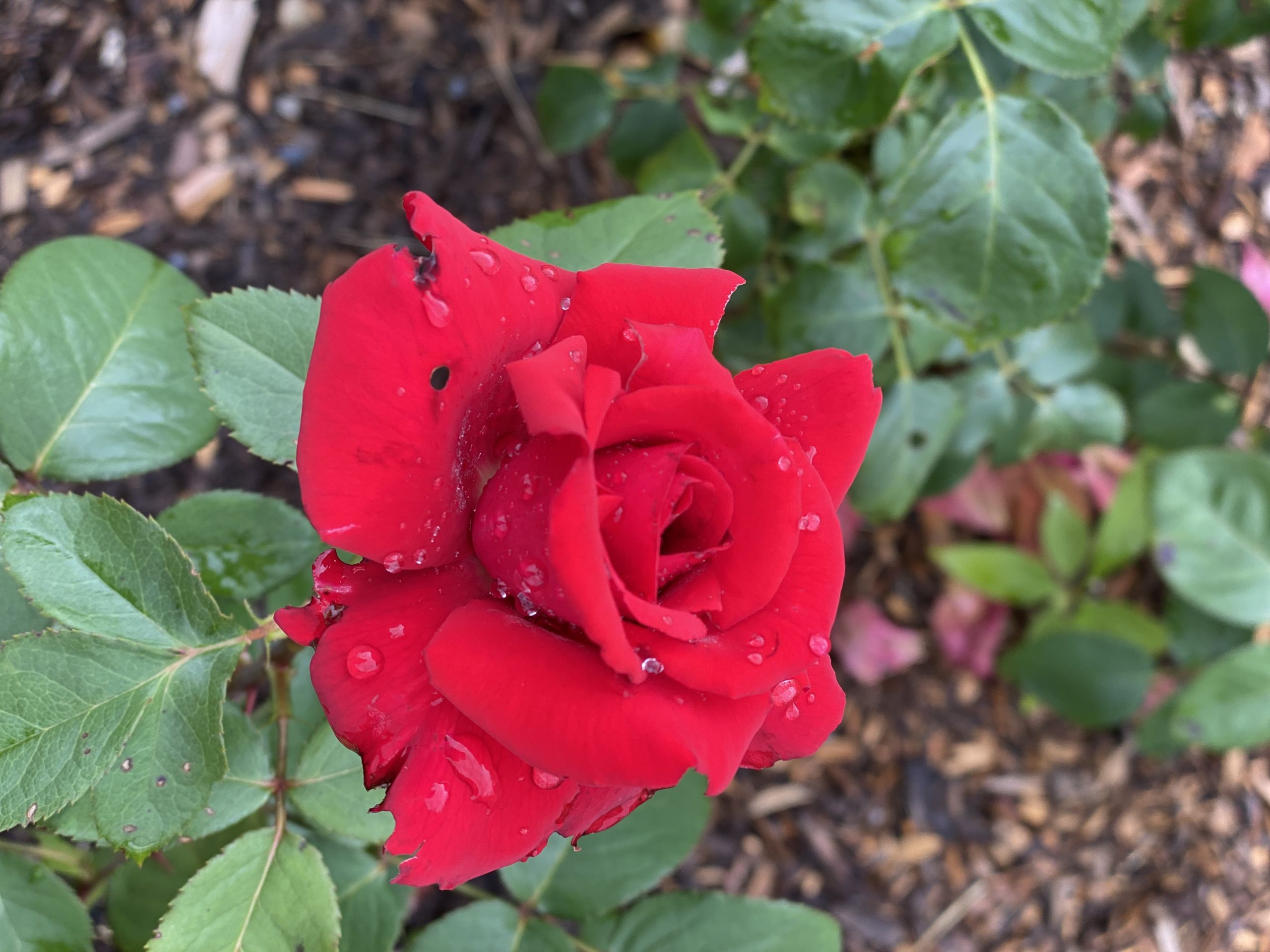 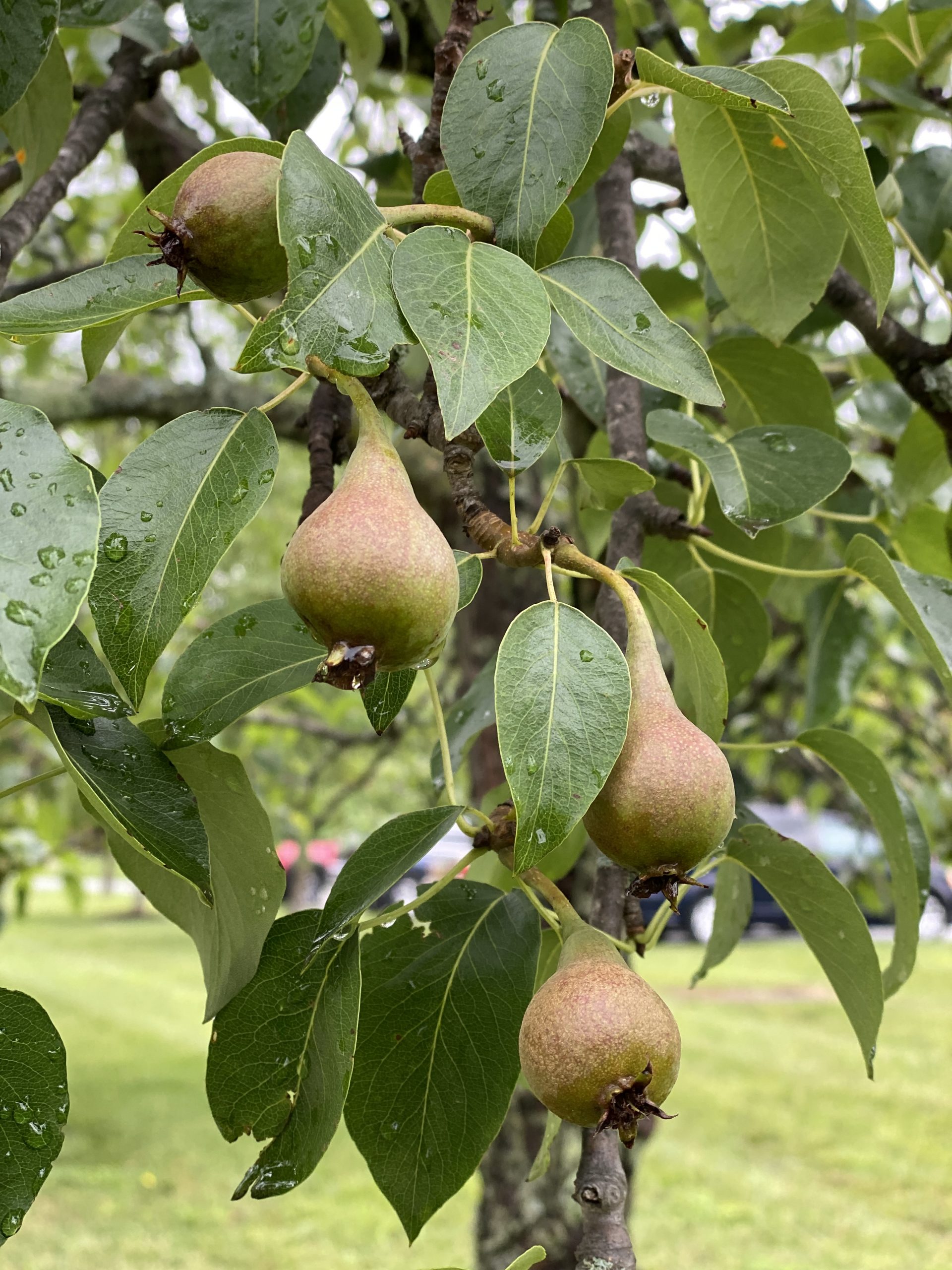 After our time at FDR National Historic Site, we drove over to the Eleanor Roosevelt National Historic Site where we saw Val-Kill Cottage. Again, we had the place to ourselves, so we were able to enjoy the quiet serenity of the morning in a beautiful natural setting. Both properties are simply stunning in no small part due to their idyllic location along the mighty Hudson River with the beautiful Catskills in the distance. Having the two beautiful properties to ourselves made our morning there ever so much more special. 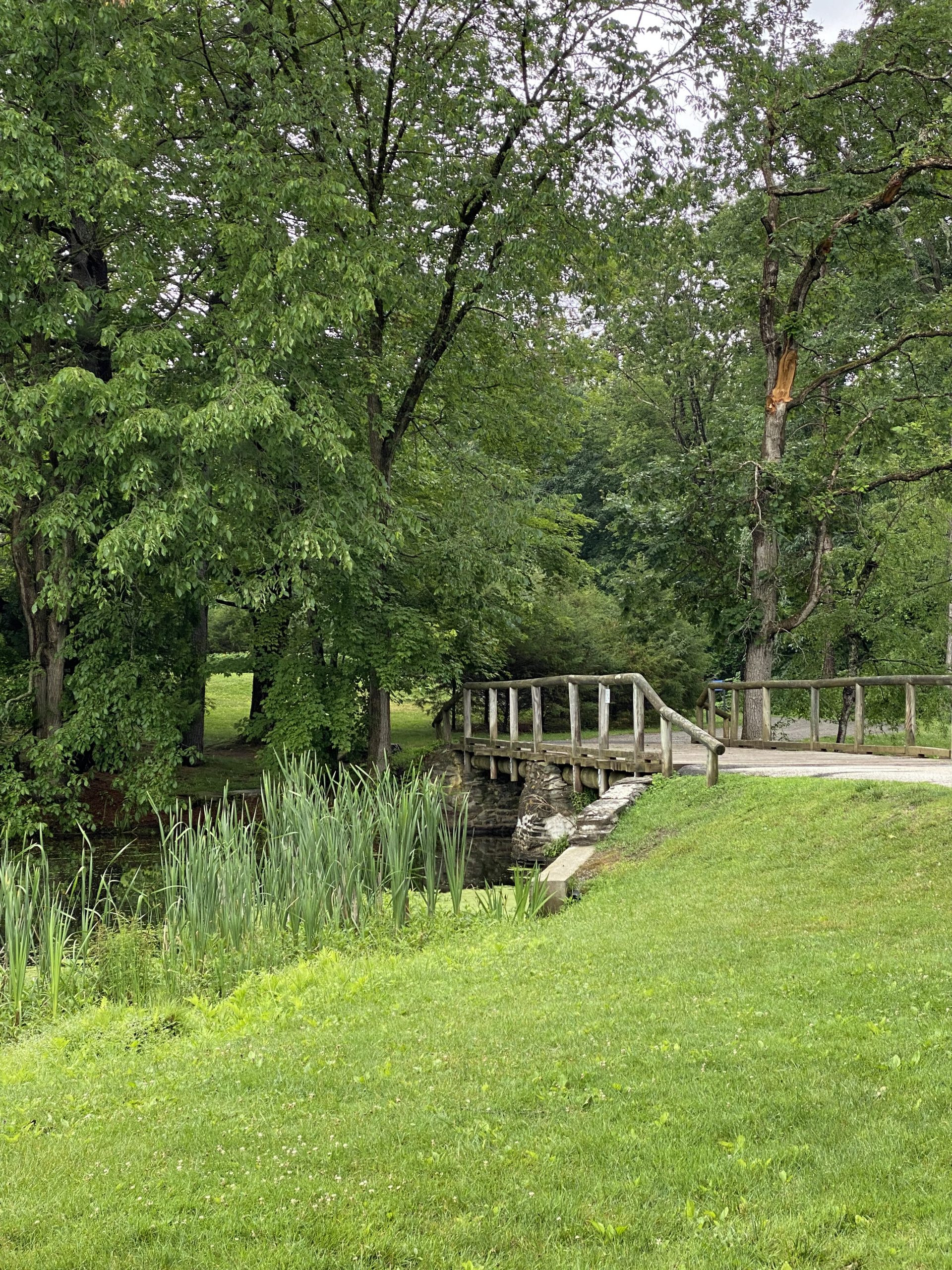 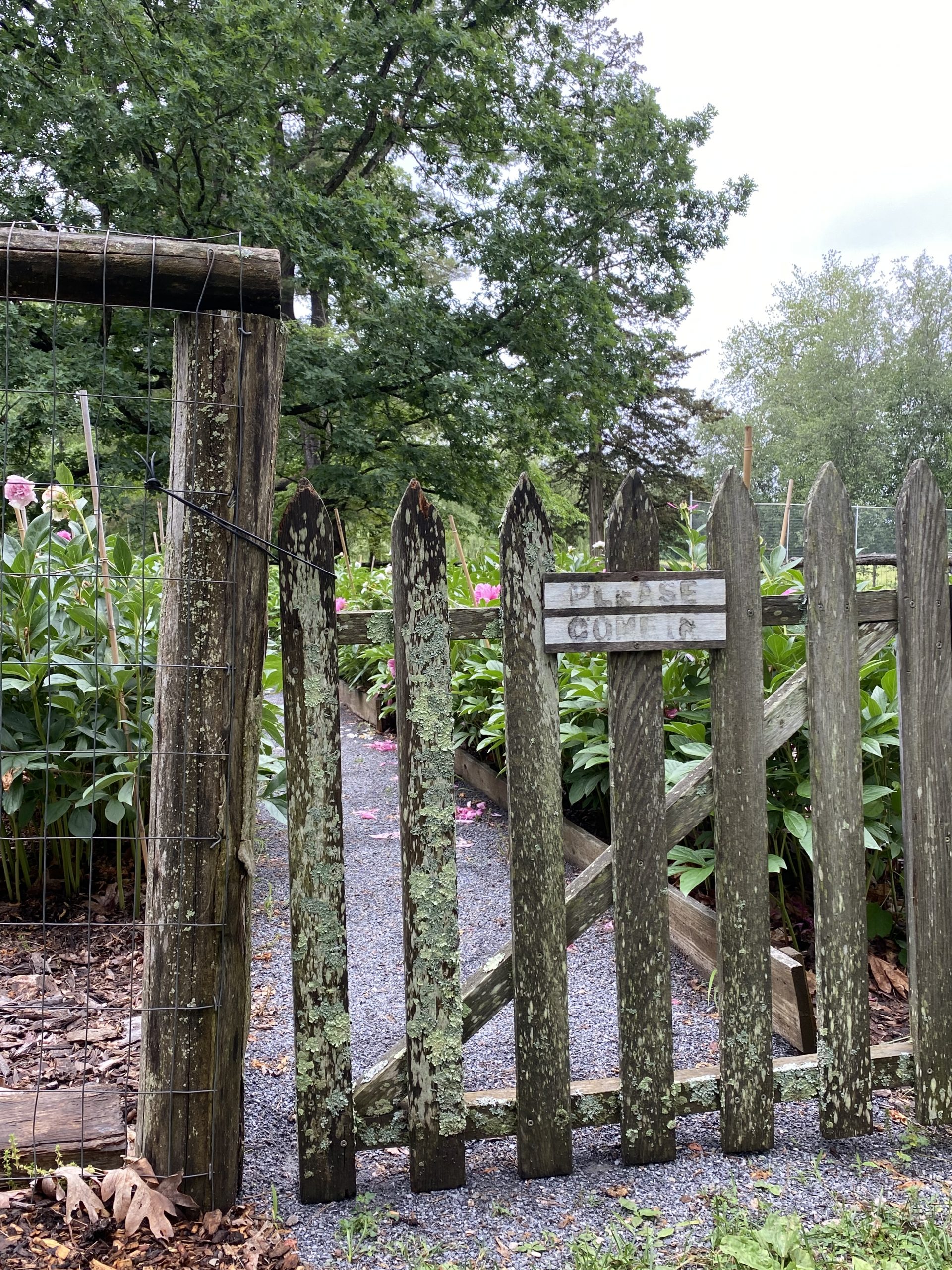 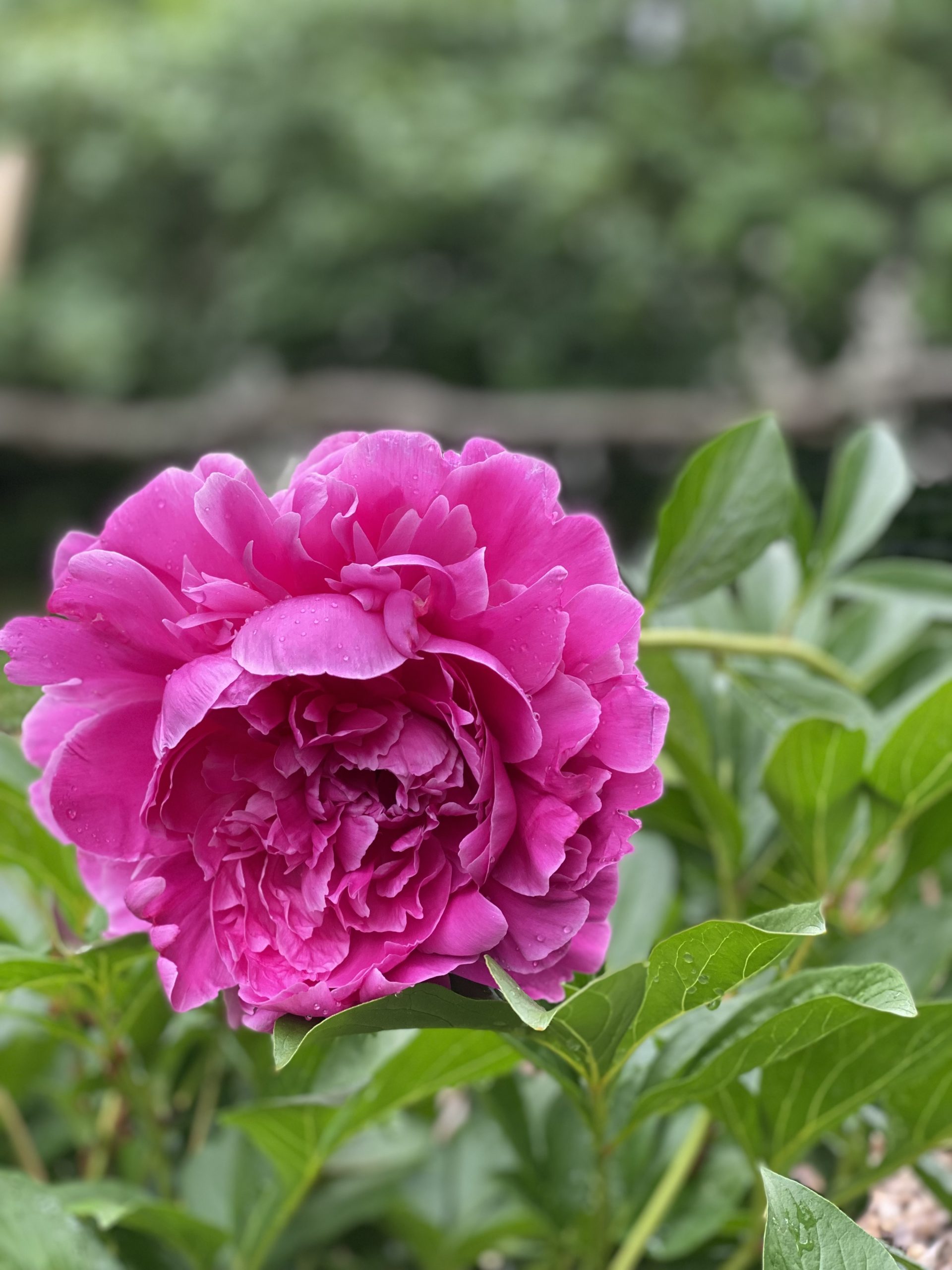 The peonies are stunning! 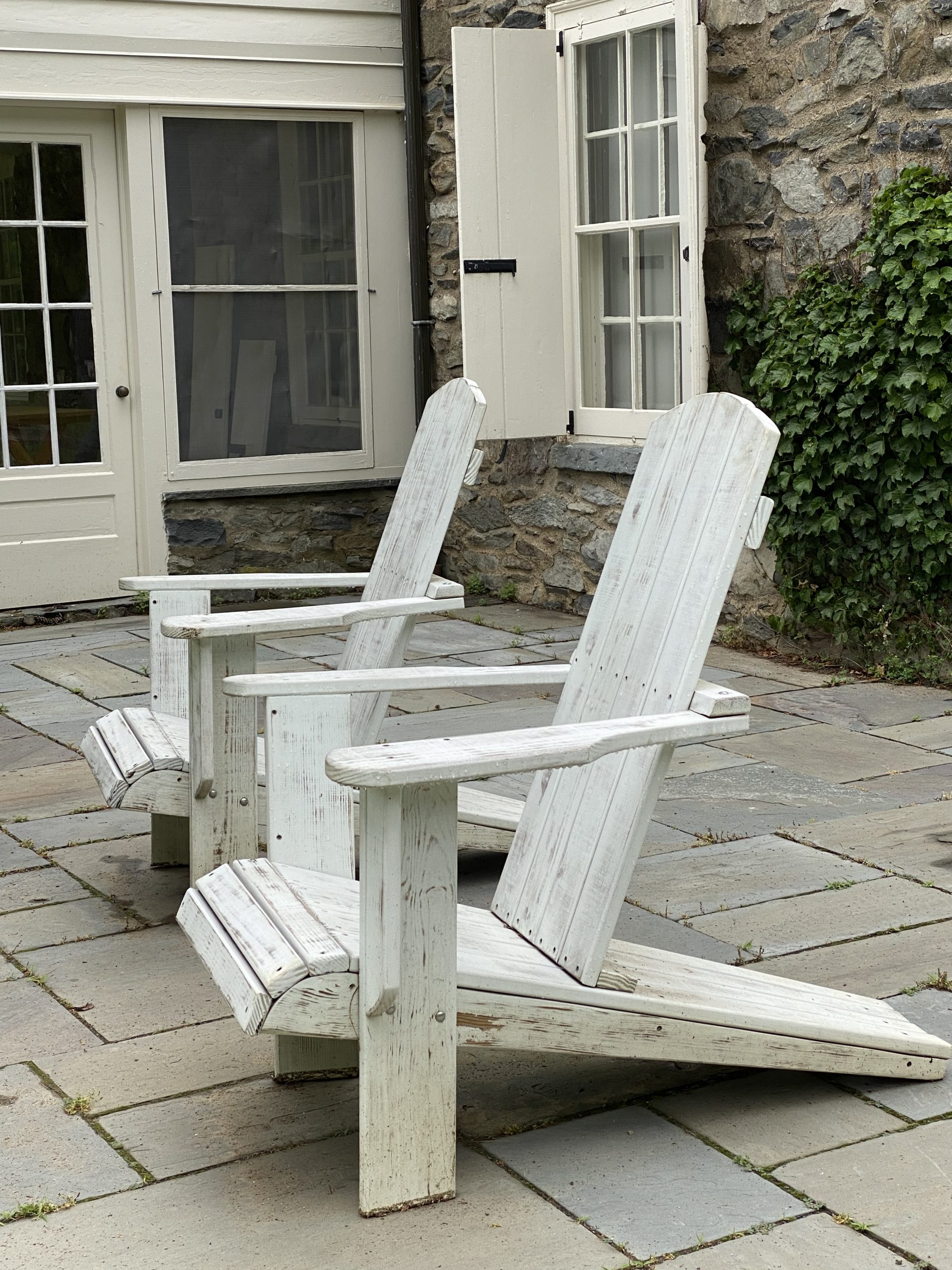 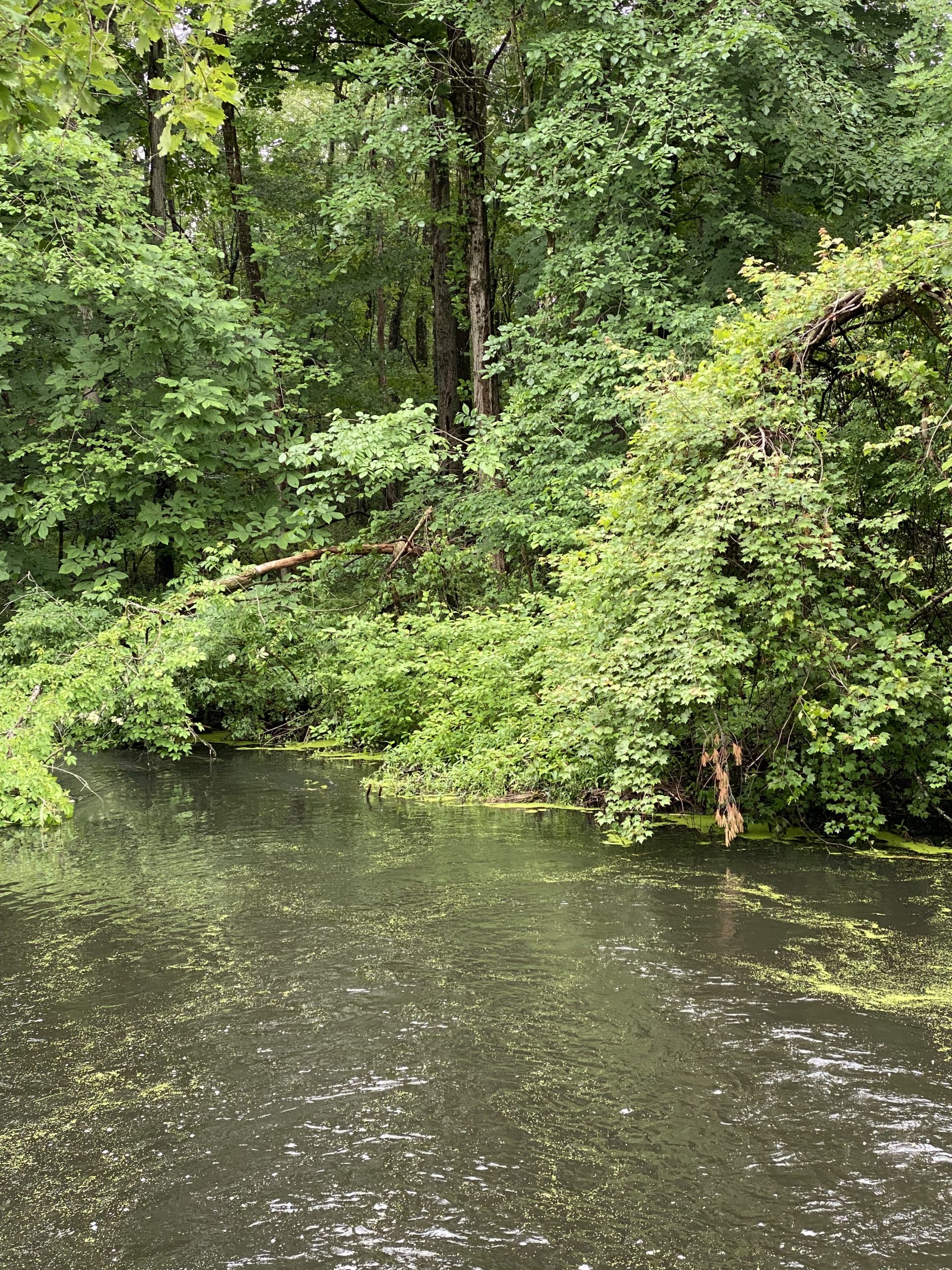