Fresh from Hyde Park, the Hudson Valley, and President Franklin D. Roosevelt’s Springwood estate there, we felt the time was right to drive to Warm Springs, Georgia to see his Little White House. It isn’t like it is on the way to anywhere, so the trip wasn’t going to happen spontaneously as if, one day while driving along, I said to Rick, “Oh, look! Let’s stop at FDR’s Little White House since it’s only a few miles from here!” Au contraire, mes amies. If you find yourself in Warm Springs, you are either using your “maps” app or you are hopelessly lost in southwest Georgia. Or both. 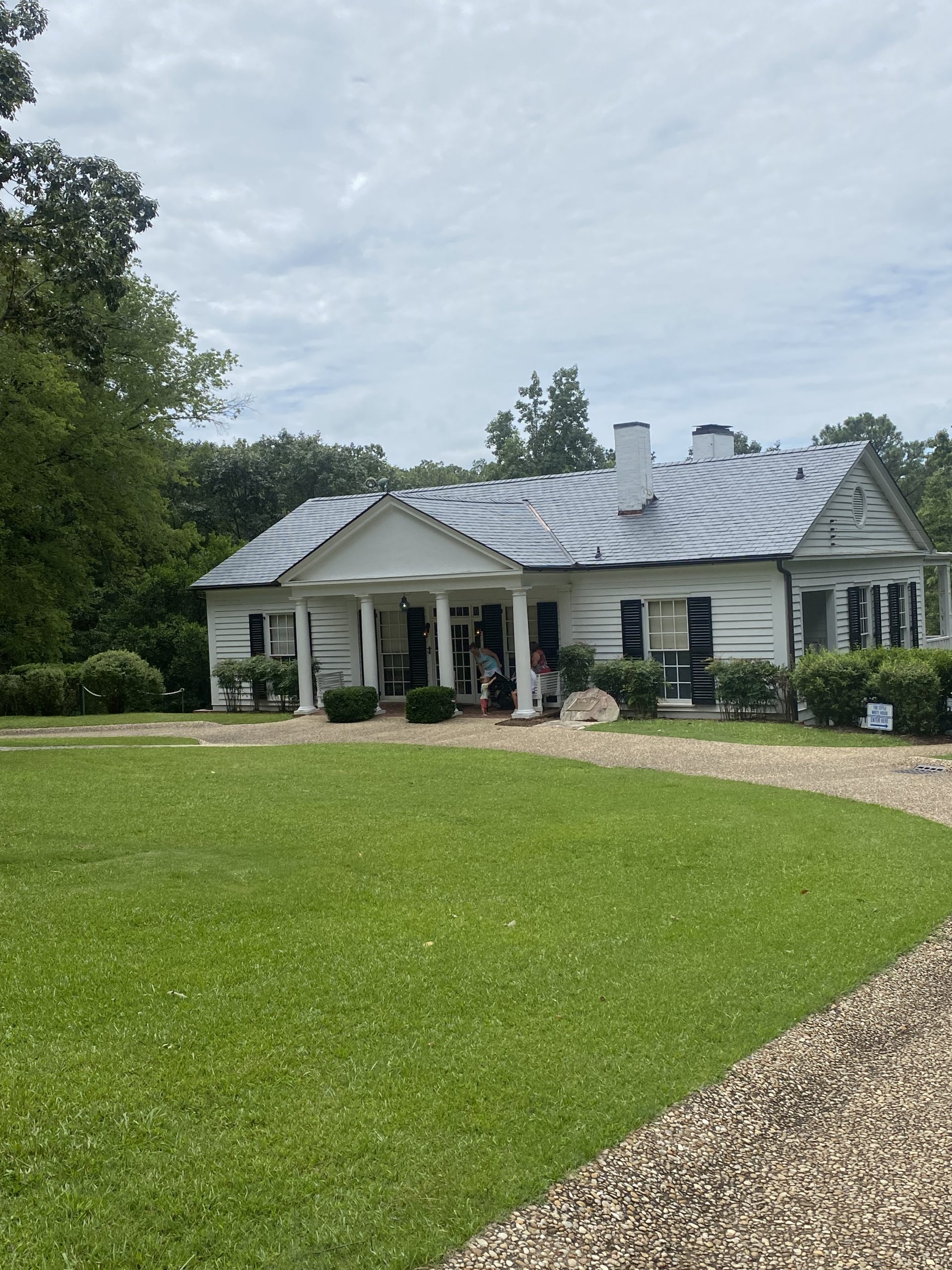 The fine folks of the Warm Springs area and the Georgia State Park system are justifiably proud that FDR became enamored with the area and with the warm (88 degrees) springs there. He started traveling to the area hoping for something that would restore to him the use of his legs. That did not happen, but he did find that the warm water relaxed his muscles and the buoyancy liberated his paralyzed limbs like nothing else could, so in 1932, he built his little home there to be close to the springs. Roosevelt was born into wealth and privilege, but he came to love the folks of rural Georgia and learned a lot about the life of the everyday American from his experiences there. But, let’s be honest, too. Lots of times, he also “carried on” with his mistress while there. He supposedly even enlisted the assistance of his daughter, Anna, to arrange for Lucy Mercer Rutherfurd to travel from her home in Aiken, South Carolina to Warm Springs for a little “quality time.”

And so it happened that, upon his return from Yalta in 1945, when he was really exhausted and needing some rest, that Lucy arranged for Elizabeth Shoumatoff to come to Warm Springs to continue her work on a portrait of Roosevelt. She had done a few sketches and studies, but Lucy implored Madame Shoumatoff to proceed with haste because she thought that the president looked as though his health was failing rapidly.

On April 12, 1945 at around noon, Mme. Shoumatoff began to paint as the president sat at his card table in the living room of the Little White House. At lunch, he complained of a terrible headache and collapsed. President Roosevelt died of a stroke that afternoon around 3:35, never having regained consciousness. Upon hearing that the president was dead, Lucy and Elizabeth packed up and left the president’s retreat immediately to avoid the scrutiny of the family and media. 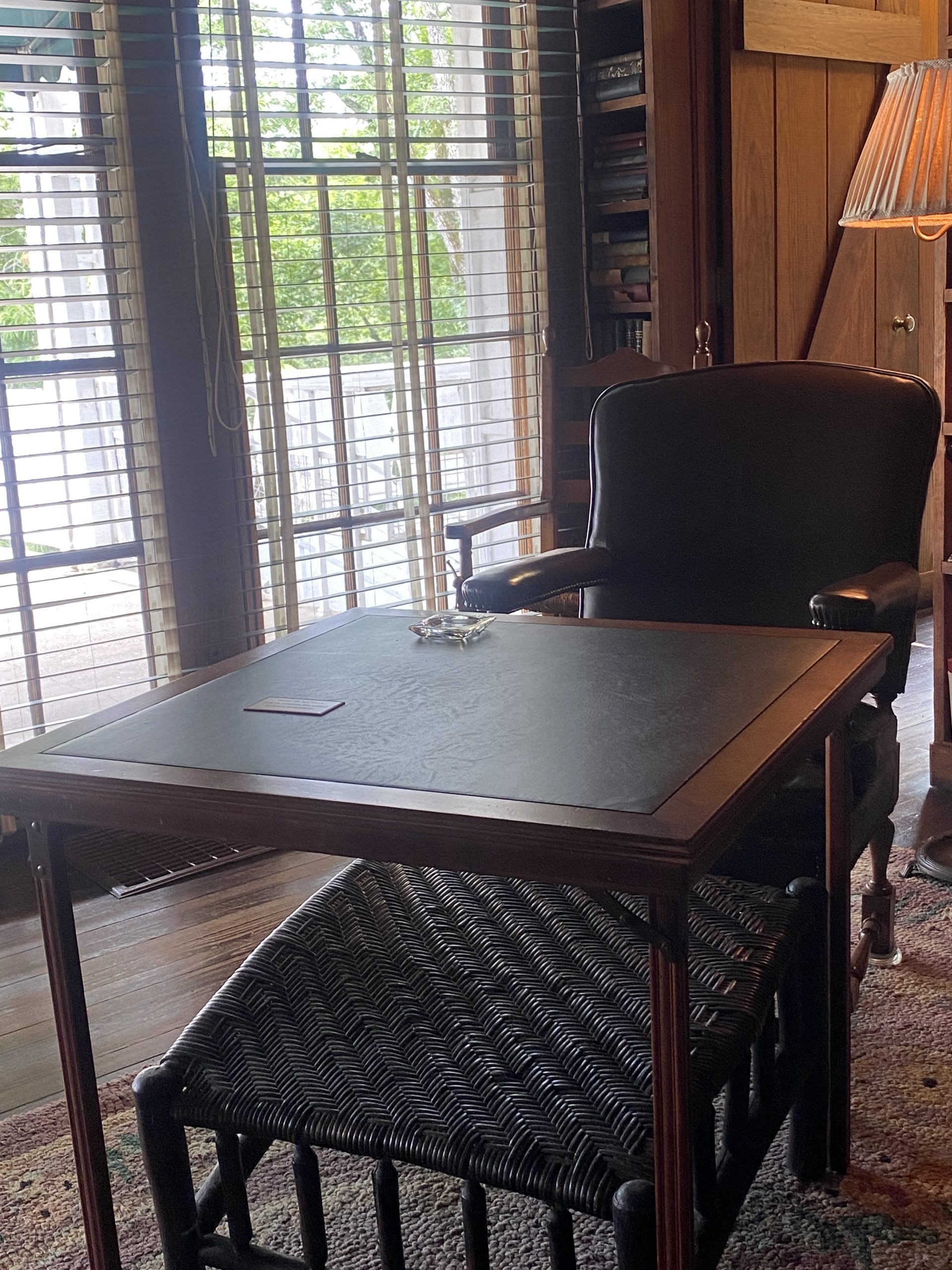 This is the card table and chair where FDR was sitting for the portrait when he collapsed.

Shoumatoff never finished that portrait, although she did paint another based on her sketches, photos, and her memory. Today both of them are hanging in the Legacy Exhibit on the Little White House grounds. Close examination of the photographs displayed taken on April 10 and April 11 reveal a man who was not well.

Those photos, along with the artist’s studies and sketches and the unfinished portrait, are a poignant reminder of how quickly a life can end, no matter how important that person seems to be. It is a reminder that our time here on earth is finite and fleeting and comes with no guarantees of tomorrow.