We’ve been driving all over the Granite State and the Green Mountain State, and all the while, I’ve put a good bit of thought into why New Englanders seem to celebrate fall way more enthusiastically than we do. Here is my theory: I think that it is because it is just so darn pretty here in the fall and that beauty is truly worthy of a celebration before winter’s icy grip gets a hold on the Northeast. Our autumns pale in comparison, literally and figuratively. I have heard it said that, in the South, we have four seasons: winter, spring, summer, and football. I guess that, since fall isn’t our most glorious time of the year, we just give it a polite little nod by tossing a fall wreath on the front door and proceed to throw ourselves headlong into college football and tailgating like nobody’s business. Honestly, incredulously, I have even heard myself say, “I’m so excited that college football is starting back.” But I know without a doubt that I have never said, “I’m so glad it’s fall.” Why would I? Fall bears a striking resemblance to summer. Yeah, OK, every once in a while, September and October throw us a bone and the temperature drops into the 80’s. Wow. Rick thinks I am being harsh about this; I think I’m just being honest.

Nonetheless, we’ve had a marvelous week in New Hampshire and Vermont, but like all travel adventures, this one is coming to a close. The main purpose of the trip was to see New England in all its autumnal glory and we were richly rewarded. So I just want to post a few pictures that we thought were shareable. 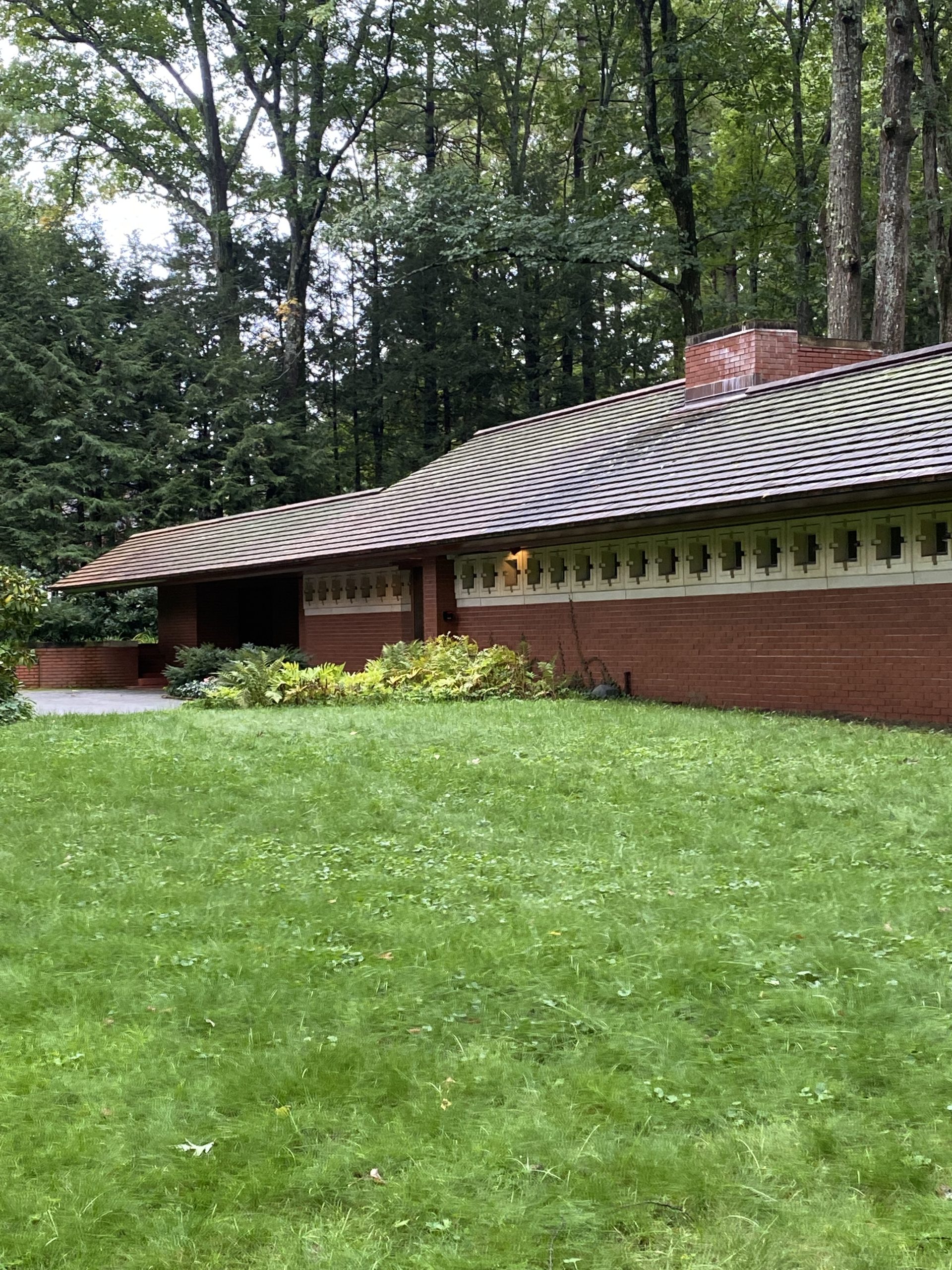 Two Frank Lloyd Wright homes on the same street in Manchester, NH. Hate to be rude, but he may have reached his nadir with the second one. It looks like a pile of concrete blocks, if I may say so. 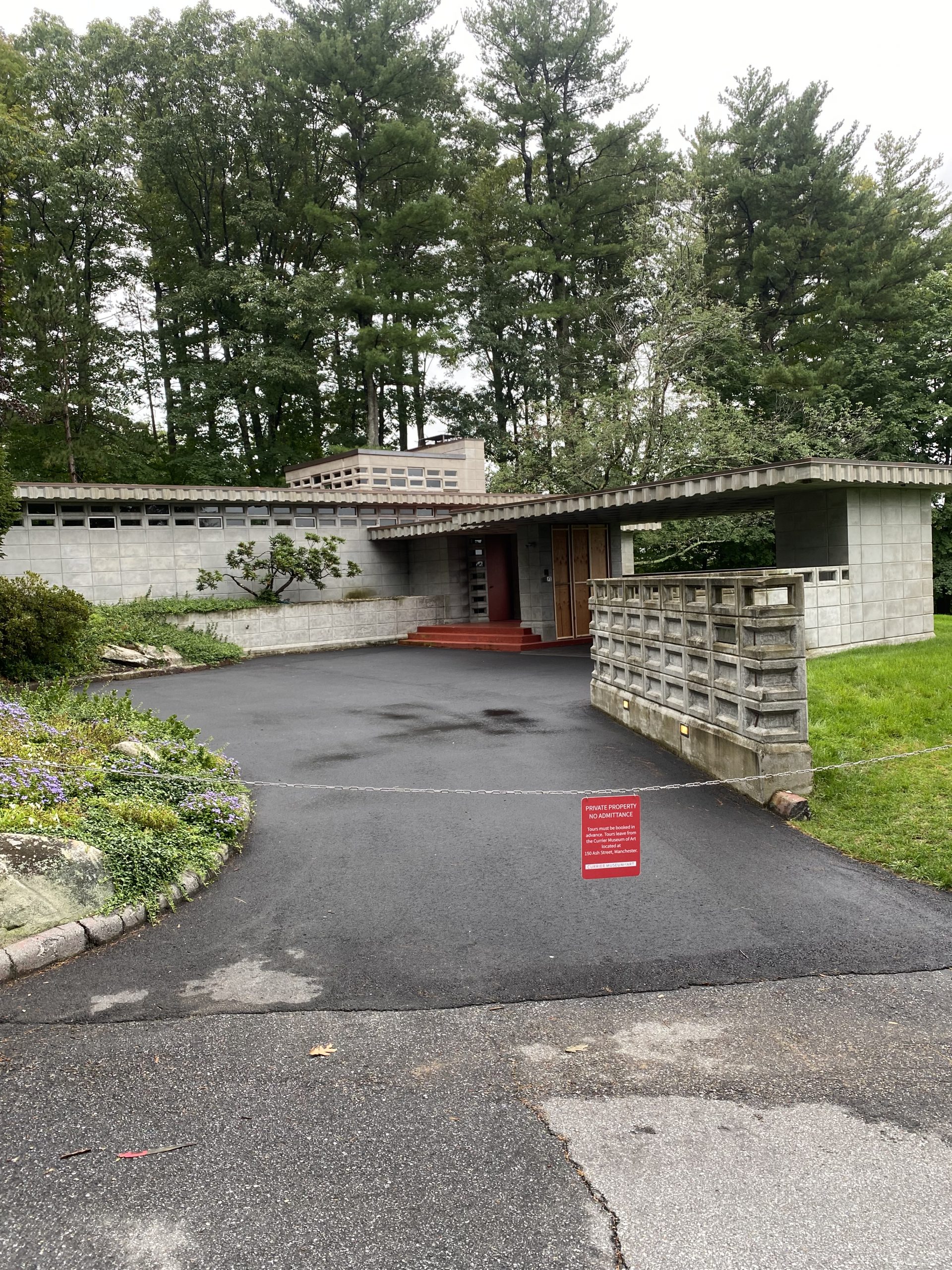 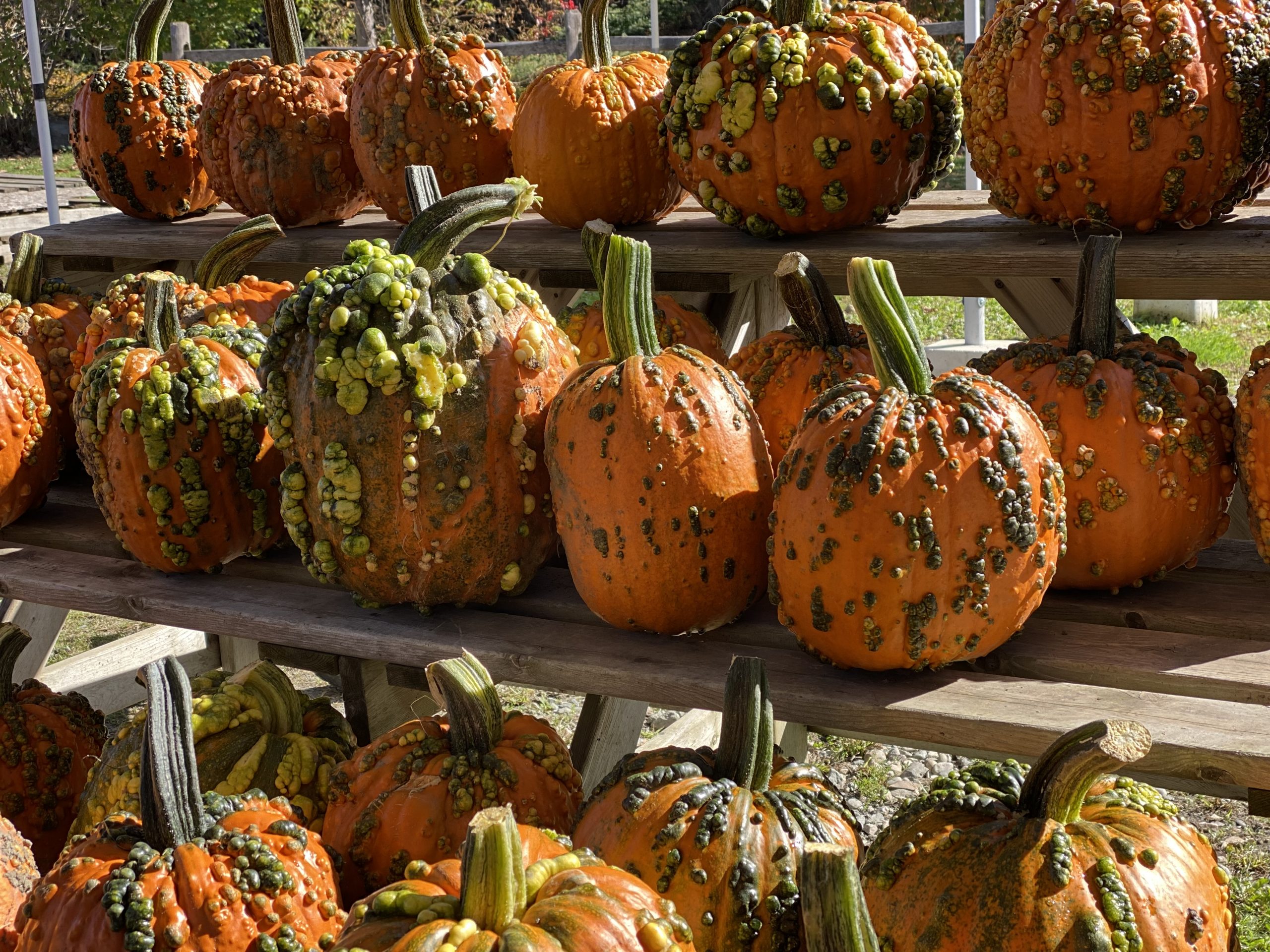 There are pumpkins of all colors, all shapes, and all sizes everywhere. 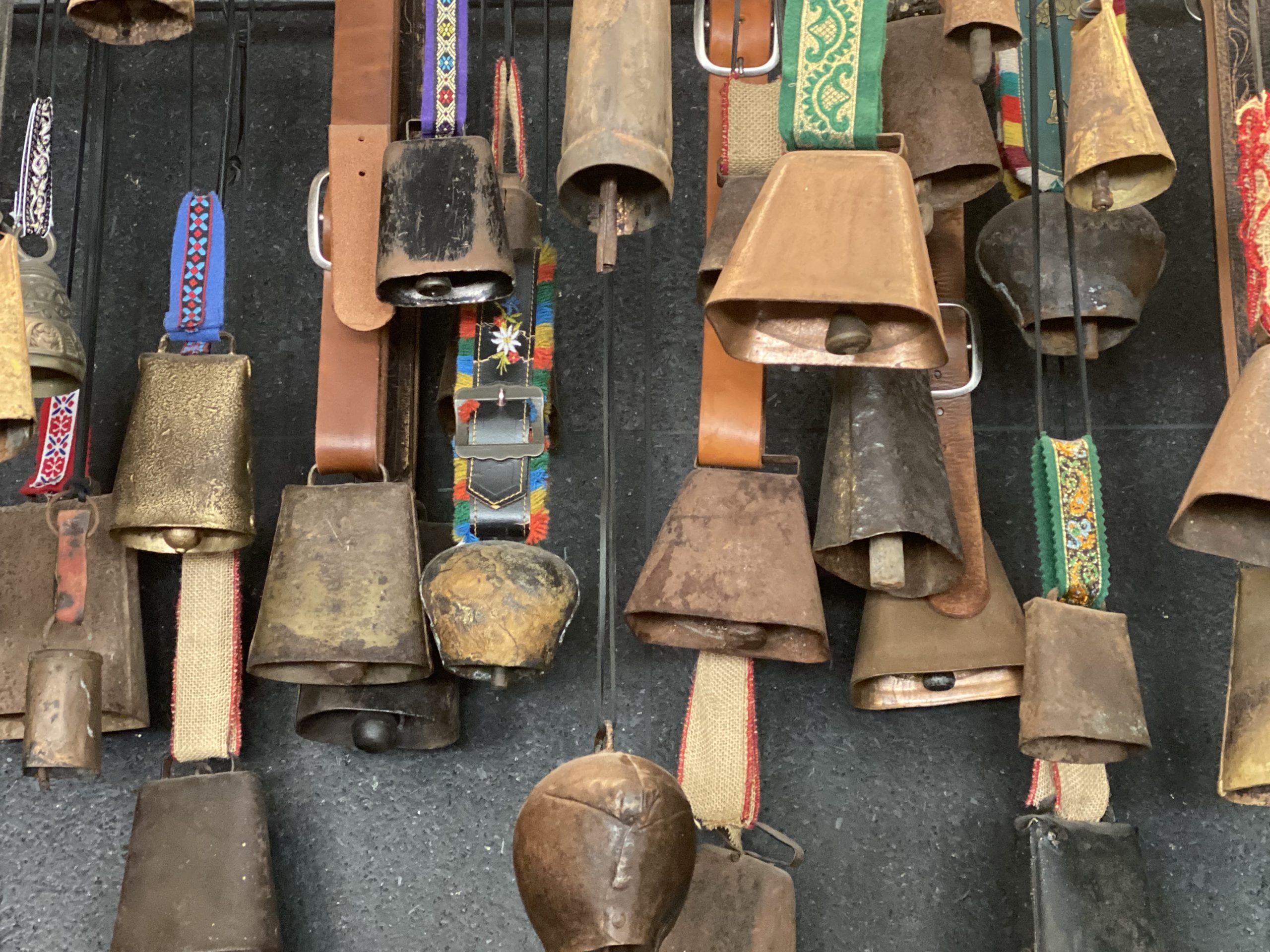 Lots of things in Stowe, VT reminded us of Switzerland. 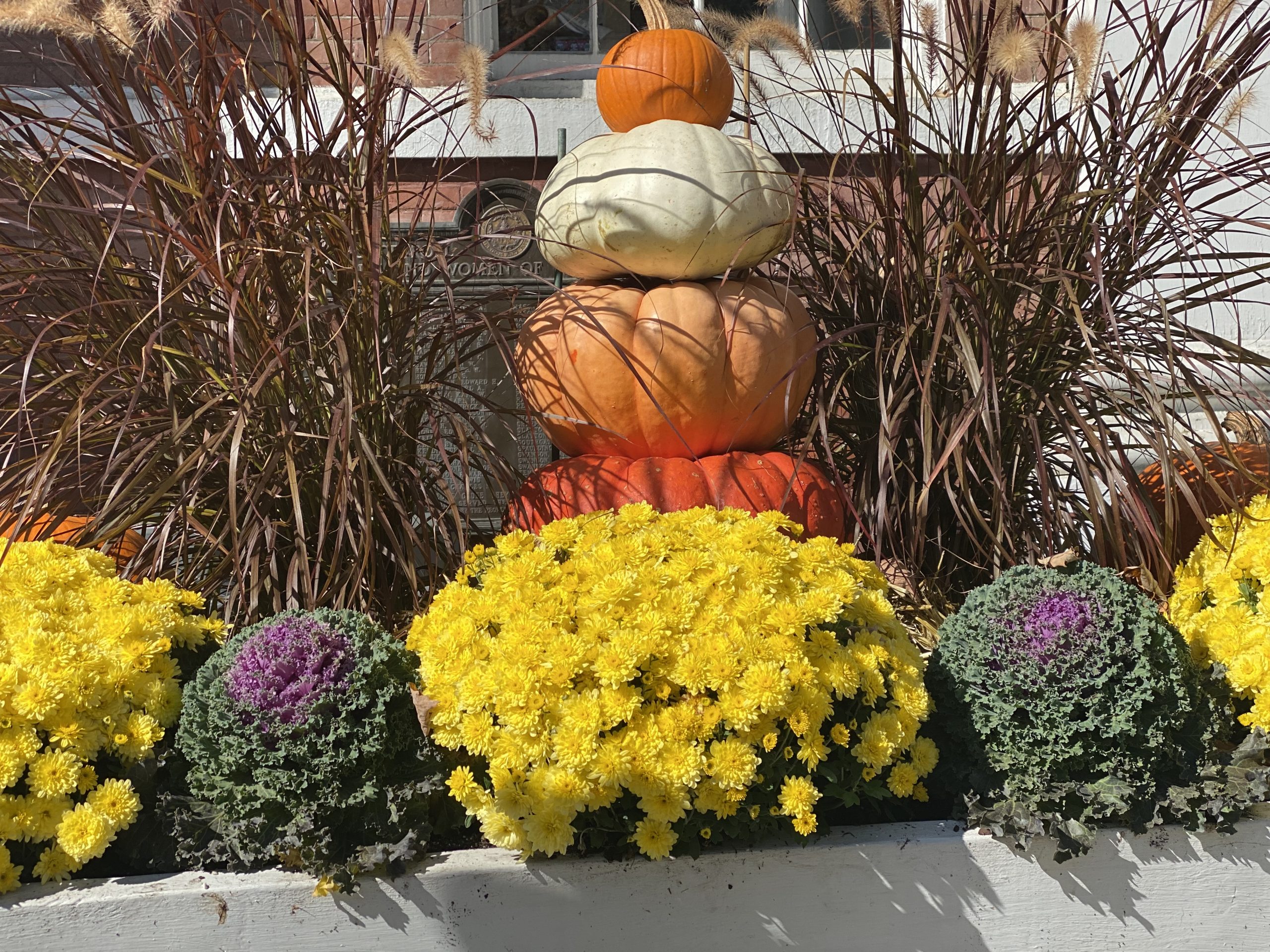 We spent a day in Woodstock, VT. It is such an idyllic village. 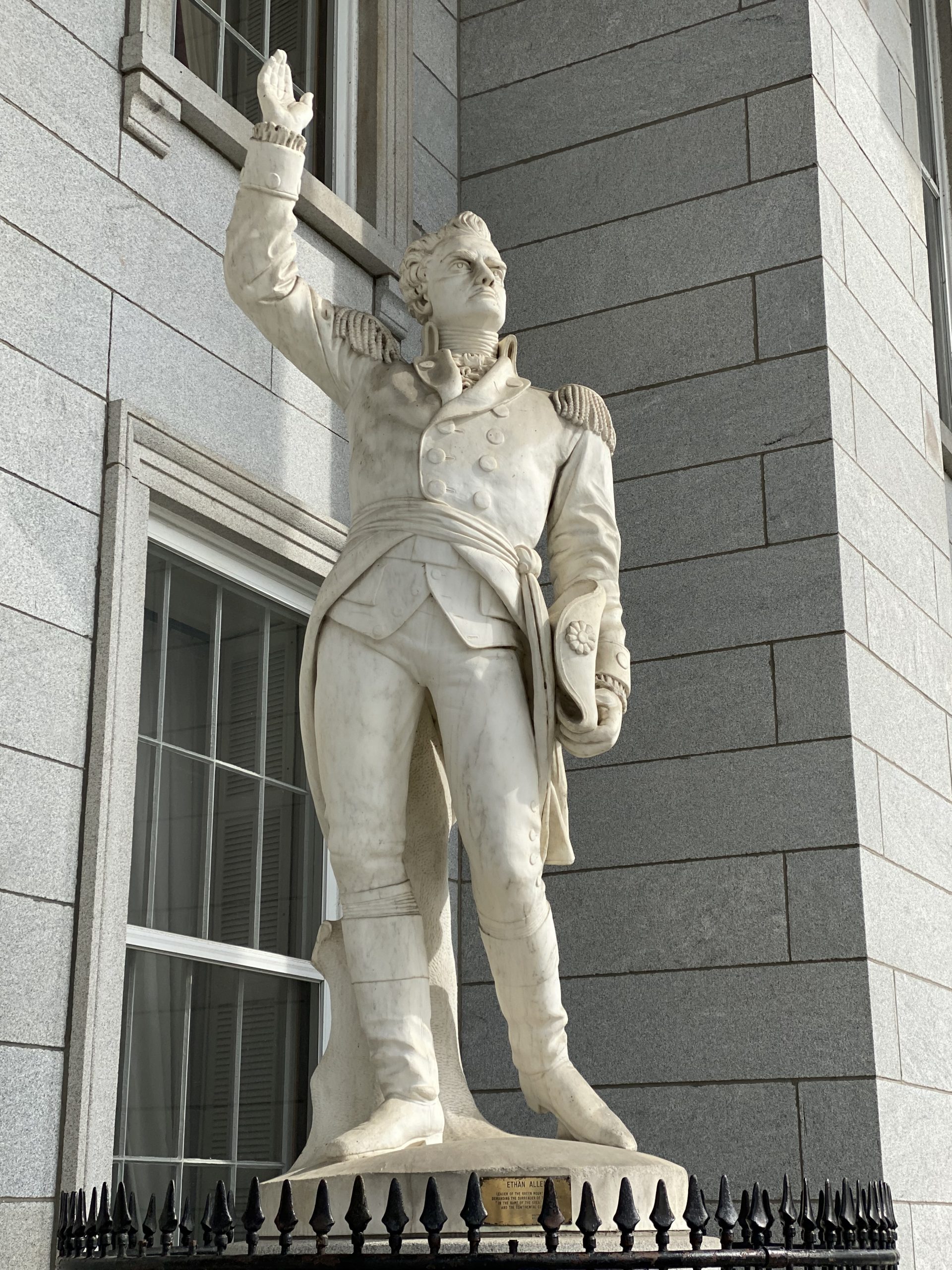 We stopped to see the New Hampshire state house in Concord and also the Vermont state house in Montpelier. The Vermont state house is a true beauty. Here is statue of Ethan Allen at the front door.  I feel kinda bad about saying he looks like a Wal-Mart greeter because he is a favorite son of Vermont residents. In fact, a long time ago, the republic of Vermont gave him and his brother, Ira, the South and North Hero Islands in Lake Champlain in gratitude for all they did for Vermont. We spent one night on North Hero Island and it is beautiful. 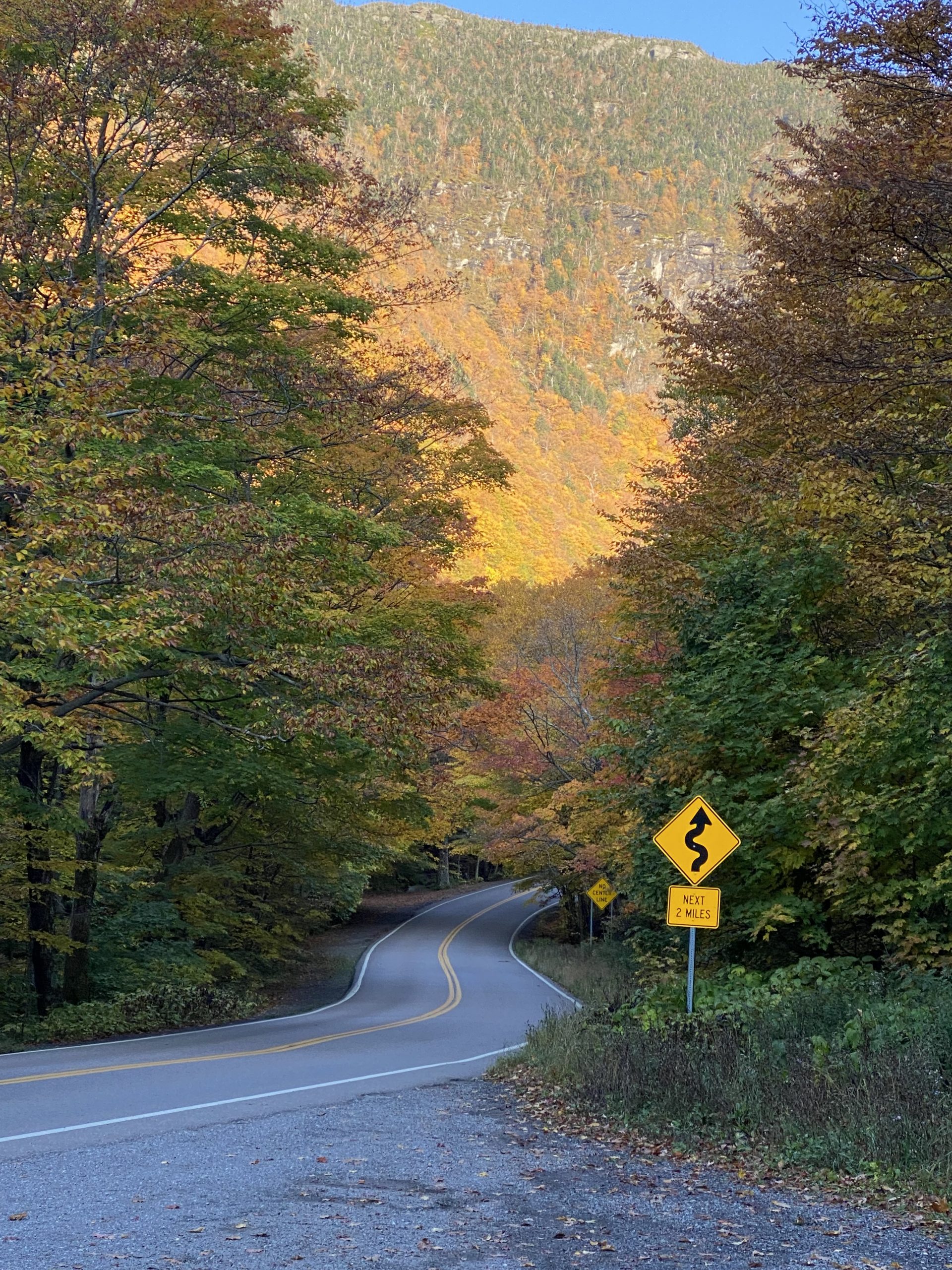 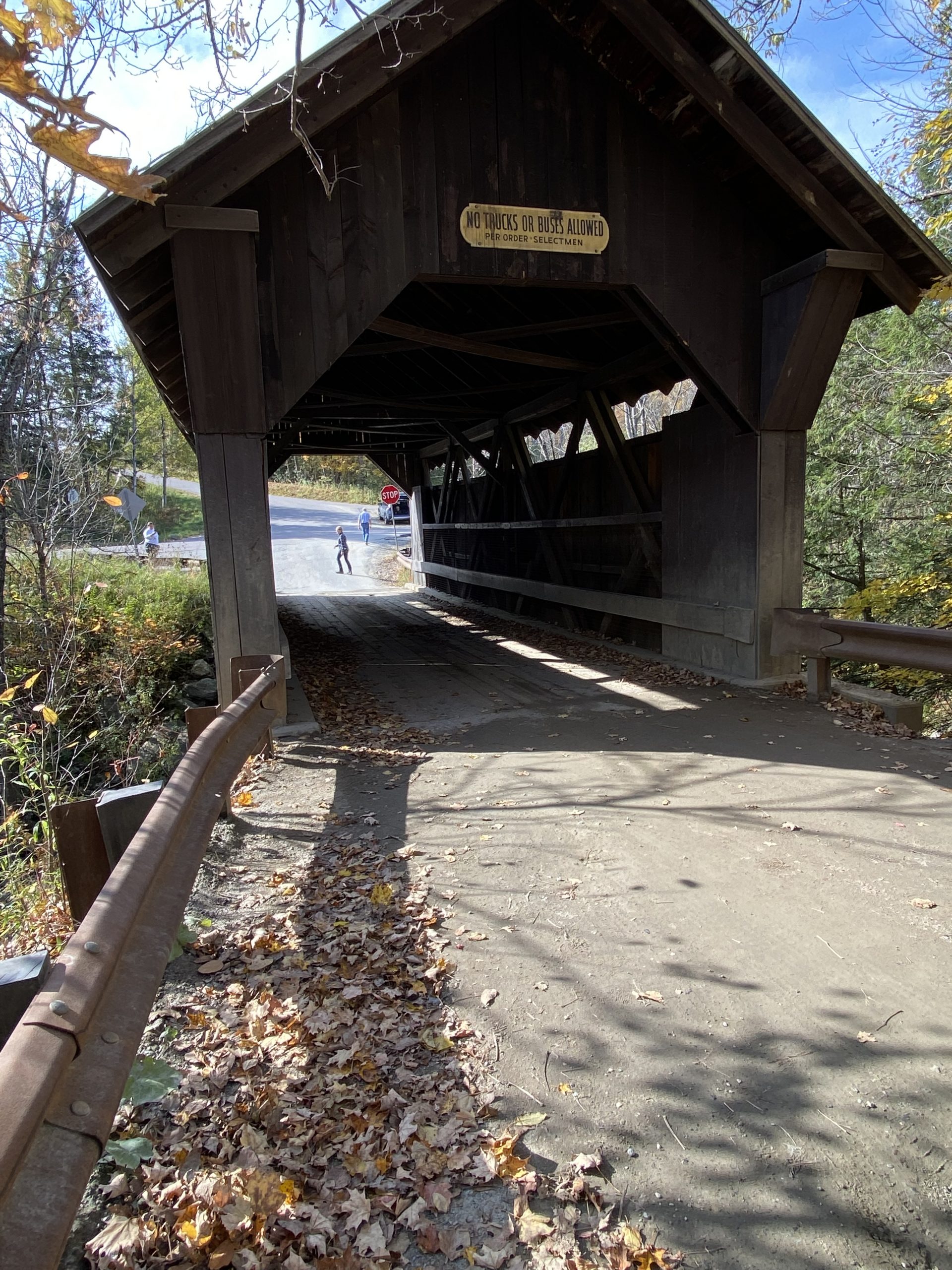 This is Emily’s Bridge in Stowe. It is said to be haunted because Emily returns to search for the lover who jilted her. She must have gone out for coffee Friday morning because we drove across with having the car shaken by haints.